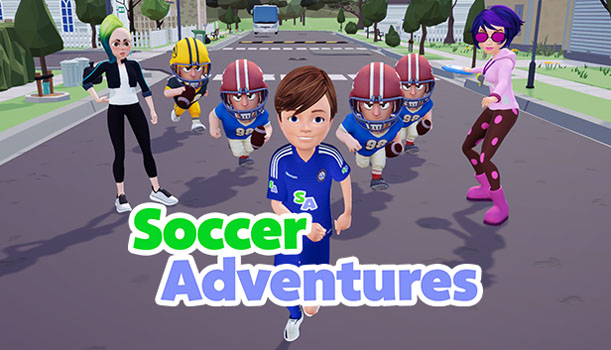 - Repetitive
- Nothing is explained

Soccer Adventures is a quirky little indie game; one with very little soccer and even less adventure yet somehow manages to still earn its name.  In a game that perpetuates the ongoing clash of American football vs. soccer we meet Robin, a teenage boy who loves soccer and practices every day despite having no local team or club.  It seems his school has chosen football for their afterschool athletics and in a shocking turn of events, their female coach is using the football team to break into neighborhood homes.  Robin actual saw them break into the neighbor’s house, but when he told his parents nobody believed him.  Now Robin must set out to try and stop these football bandits on his own. 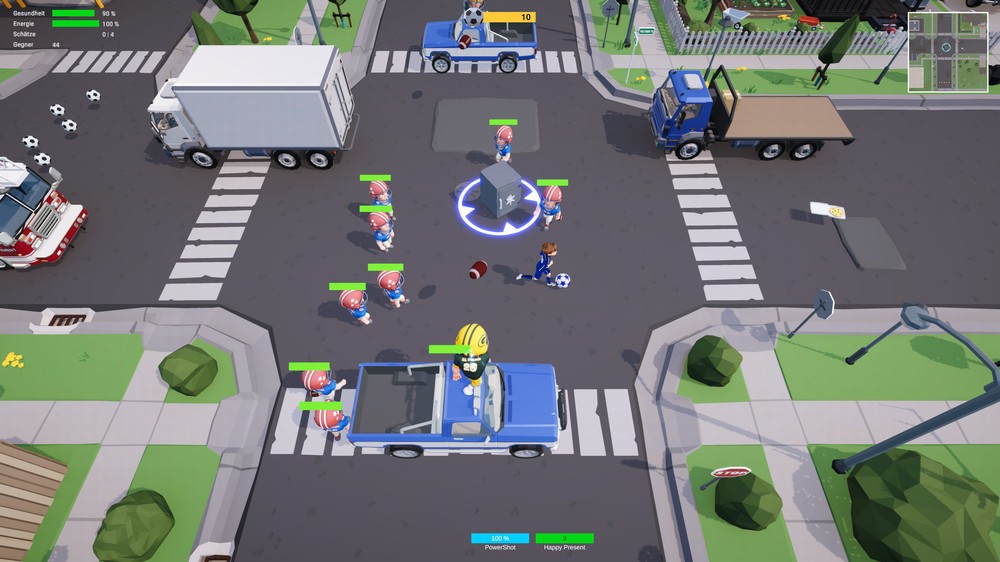 The core game consists of a single player campaign with 30 levels, each taking only a few minutes, so you basically get 3-4 hours based on how good you are at the game.  More content is promised within the first year and is included in the purchase price ($18), but honestly you might get tired of the repetitive gameplay long before you knock out those initial 30 levels.  The presentation is no-frills and after the intro you basically get a linear set of missions where you set out into the neighborhood searching for the “gang of thieves” and pummel them with soccer balls until defeated.  You might need to take out the coach as well, and then you can secure the various treasure stashes left in the street.  The streets and yards are littered with pickups; discarded pizza boxes with a remaining slice to add to your health or maybe a string of soccer balls to add to your ball count that also acts as currency to purchase new items and power-ups in the store between levels.

Soccer Adventures can be played with keyboard and mouse but is best played with a gamepad.  Even then there is a level of frustrating imprecision with how you must kick the ball while running at the enemy forcing you to constantly reverse direction to put enough distance between you and them to fire off a couple shots.  It’s mostly rinse and repeat as you take on 4-8 football players at each treasure location, secure the loot, then move on to the next location as hinted at by the pointy arrow.  Difficulty obvious scales up when the jocks start throwing footballs back at you that you must dodge while simultaneously trying to kick your own soccer balls back at them.  And then you have the coach who is elusive and fast and throws multiple Frisbees at you. 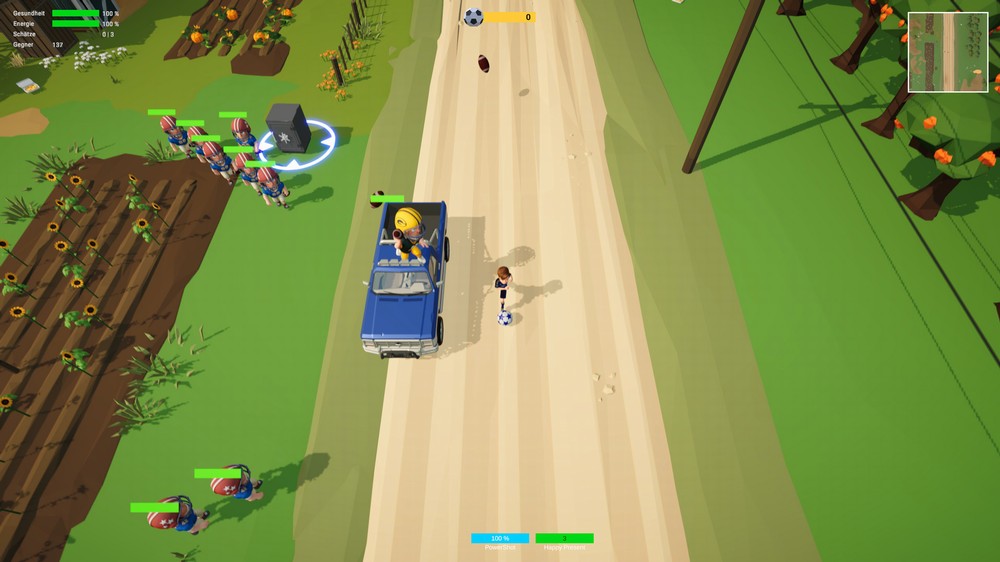 The presentation is charming enough with a fun art style that creates a pleasing top-down 3D level design with easily identifiable characters and objects.  A functional mini-map shows all important people and objects and lets you strategize as much as possible with stats for remaining health, treasures and enemies.  It’s all fairly basic with gameplay seemingly designed for pre-teen gamers.  I was shocked that the game only seems to have a single background track that consists of the same 20-30 seconds looped over and over yet somehow never gets annoying.  The level design risks getting boring with only a few environments like your suburban neighborhoods, some rural farmland levels and a cool boss fight battle that unfolds on an actual soccer field.  In additional to the standard explore-fight-loot gameplay there are the occasional challenge missions where you must collect as many soccer balls as possible (laid out like Pac-Man dots) and secure all the treasures within a time limit.

Soccer Adventures is mildly amusing and minimally challenging with most of the challenge coming from the lack of depth perception, making it more difficult than it should be to aim your soccer shots or run and jump through patterns of soccer balls.  You can rotate the camera but cannot adjust the angle or height.  Its quirky arcade fun for a bit but clearly not aimed to hold the interest of this 56-year old gamer, but if you have younger kids they are going to love it. 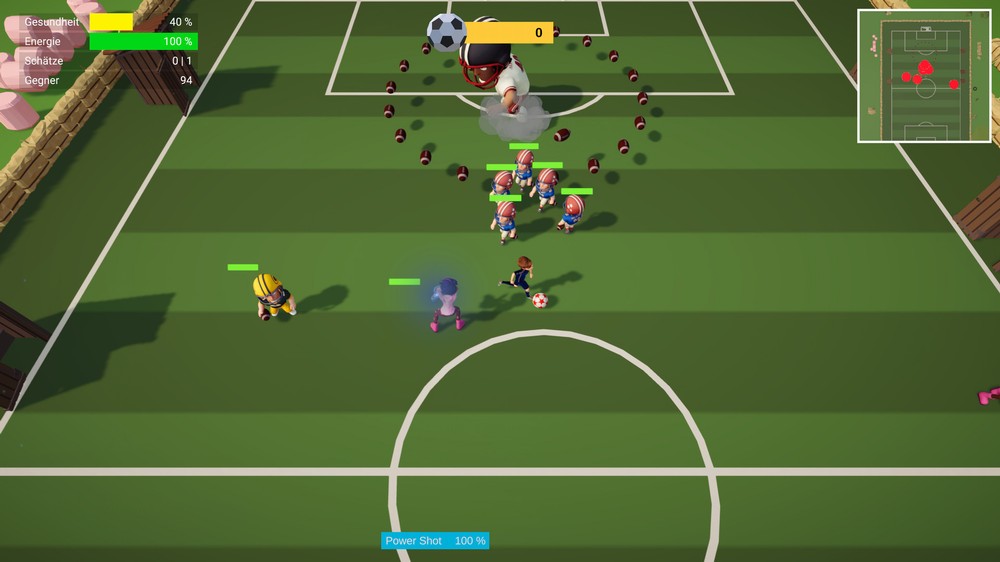