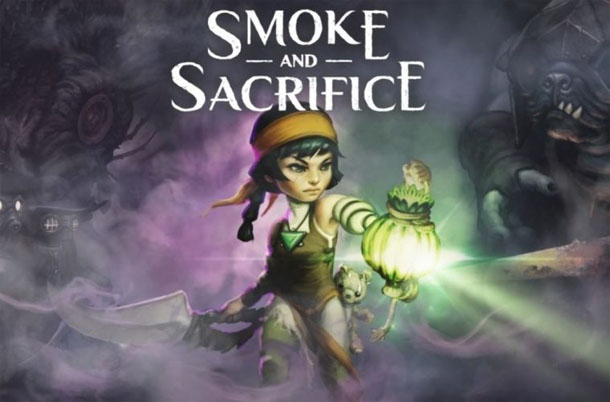 + Beautiful visual style.
+ Stands out from other similar titles.

- No autosave.
- Can be intentionally obtuse at times.

Well worth your time if you're a fan of survival rogue-likes, RPG's, or both

Over the past few years, survival crafting games have become an oddly-popular sub-genre that’s flourished in the indie scene. The biggest example is easily Don’t Starve, but there are several other titles out there, of which Smoke And Sacrifice is the latest. A positive that Smoke has going for it is that it’s easily one of the most narrative-focused takes on the sub-genre I’ve seen to date. It’s a strong tale that bolsters sometimes-tedious gameplay, and will keep you invested until the end.

What helps Smoke And Sacrifice stand out from the rest of the pack is that despite its genre trappings, it really is an RPG at heart. You play as a mother from a village that offers up sacrifices to appease their God, and your sun is unfortunately the next sacrifice up to bat. But, due to several complications, you discover your son may not be dead, and it’s your duty to uncover the truth that’s been hidden this whole time from your community. 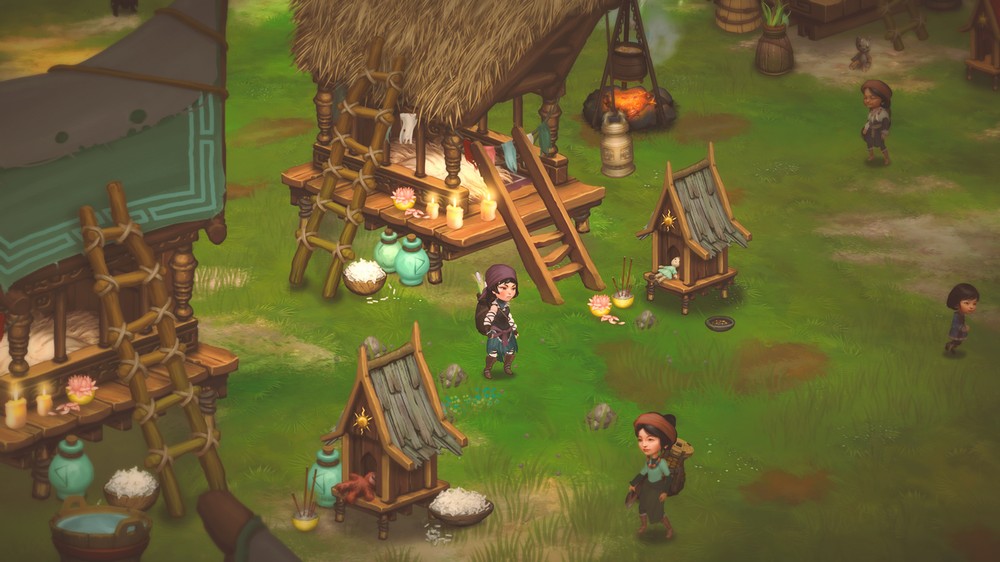 Like Don’t Starve, one of Smoke And Sacrifice’s strongest qualities is it’s hand-drawn visual design. The 2D-characters-stuck-in-a-3D-world look is a strong one, and keeps your eyes engaged the entire time you’re playing. Everything from the creature designs to the basic object designs are unique and built to function within this specific world; you won’t find and copy/paste game pack assets in Smoke. I’m almost reminded of Vanillaware’s house style with some of the art, but less exaggerated and over the top. Put simply, the game looks gorgeous.

The world map in Smoke and Sacrifice is huge- especially for a game in this sub-genre. Luckily, there’s a well-implemented fast-travel system to help mitigate the distance. The regions are varied if not fairly standard by gaming standards- you’ve got you lava region, grasslands, and so on. While the exploration can be hit or miss at times, the narrative is strong enough to compensate. 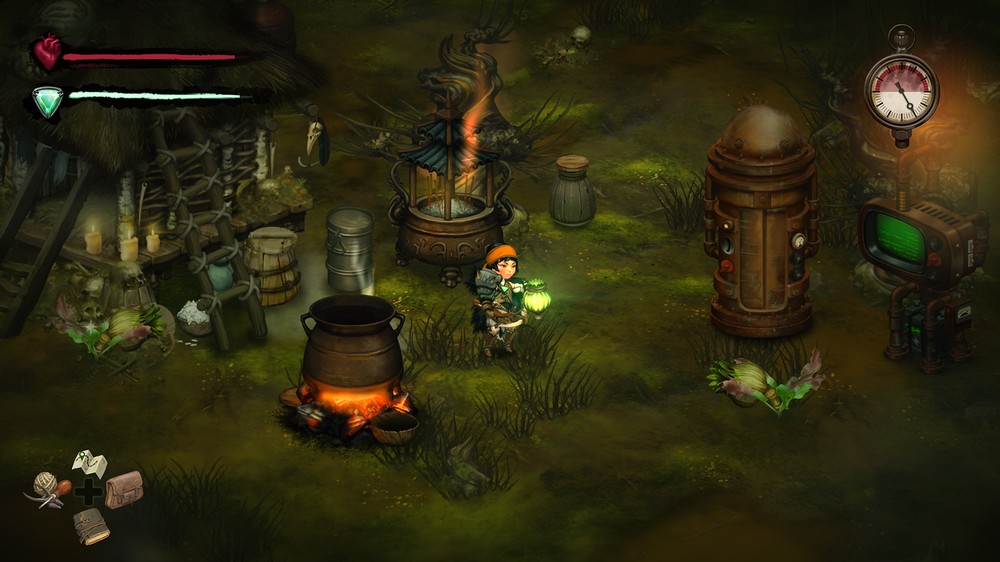 Speaking of the narrative, another feature that shows Smoke’s true roots as an RPG is the inclusion of side-quests. While most survival games focus almost exclusively on progression and repetition, Smoke pulls you deeper into the experience through storytelling. Thankfully, the side-quests rarely feel fetch-y in nature, and do add to the overall plot, while at the same time providing new equipment, weapons, and resources in the process. While the main plot of “FIND YOUR KID” may seem rather simplistic by modern standards, the flair with which it’s executed is what really sticks with you and keeps you playing. The side-quests act as garnish, rather than filler- a problem most games have when it comes to side-quests.

Combat is simple, yet challenging in the way that most survival-based games can be. Since it’s not the main drive of the game, it perhaps wasn’t given as much attention as it should have been from the start, but it’s not a deal-breaker in terms of your enjoyment. The game’s main loop; exploration and crafting, is way more developed and satisfying, although it’s presented fairly obtuse. At first, this may be frustrating to players, but given the context that your character knows nothing about the world, so neither should you- it makes sense, and it’s something you learn to compensate for, just as if you were playing a Souls game and had no idea what the narrative was trying to get across to you. 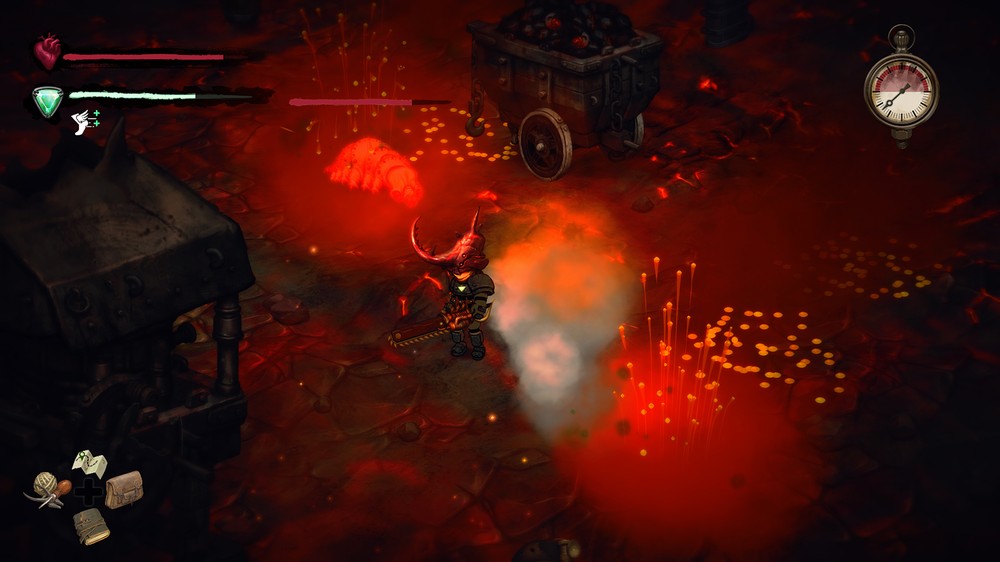 For its handful of flaws, Smoke And Sacrifice endures as a title that’s well worth your time if you’re a fan of survival rogue-likes, RPG’s, or both. It’s visually one of the best of the bunch, and there’s a fun core of gameplay loops that will keep you invested and enjoying your time for the duration. Go pick it up. 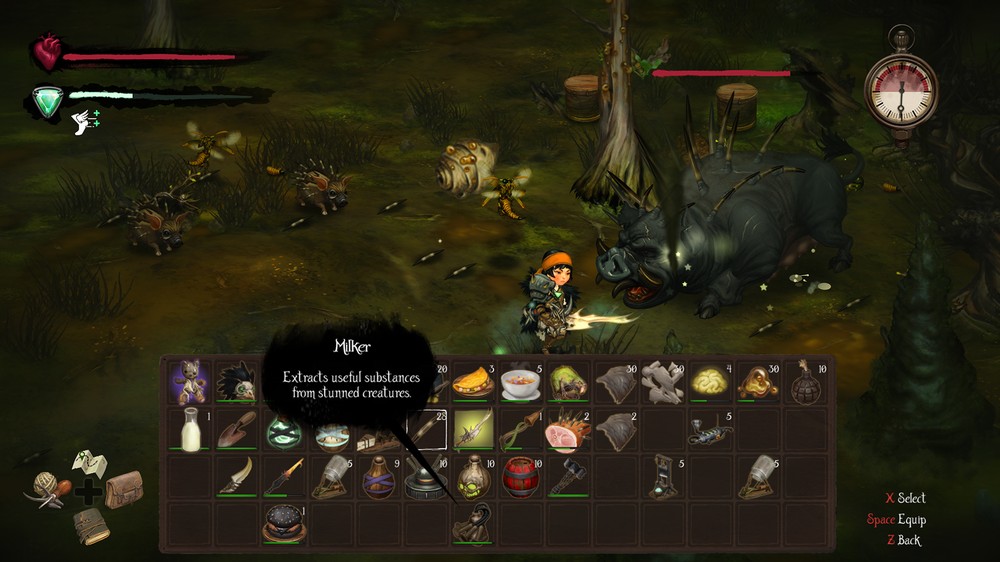 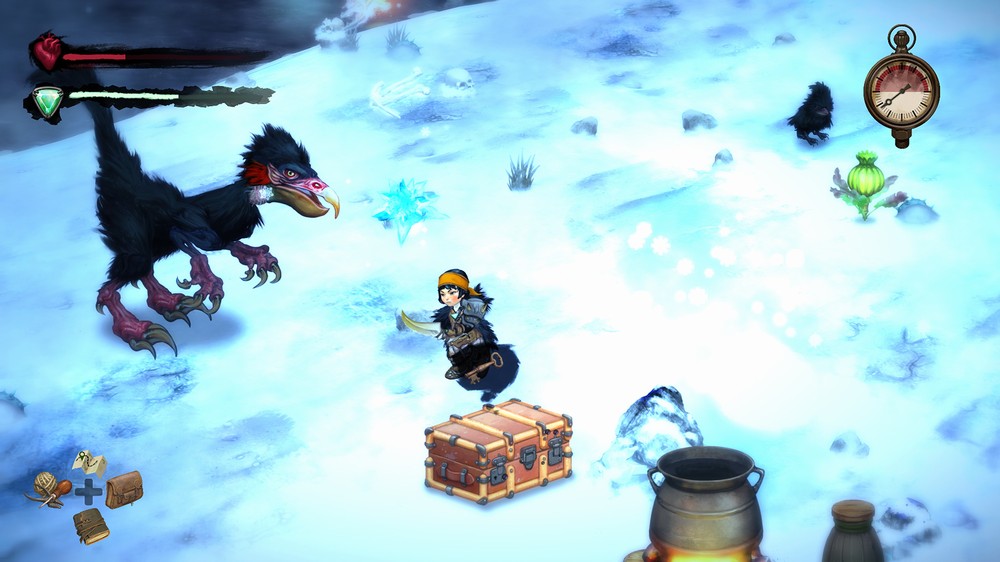 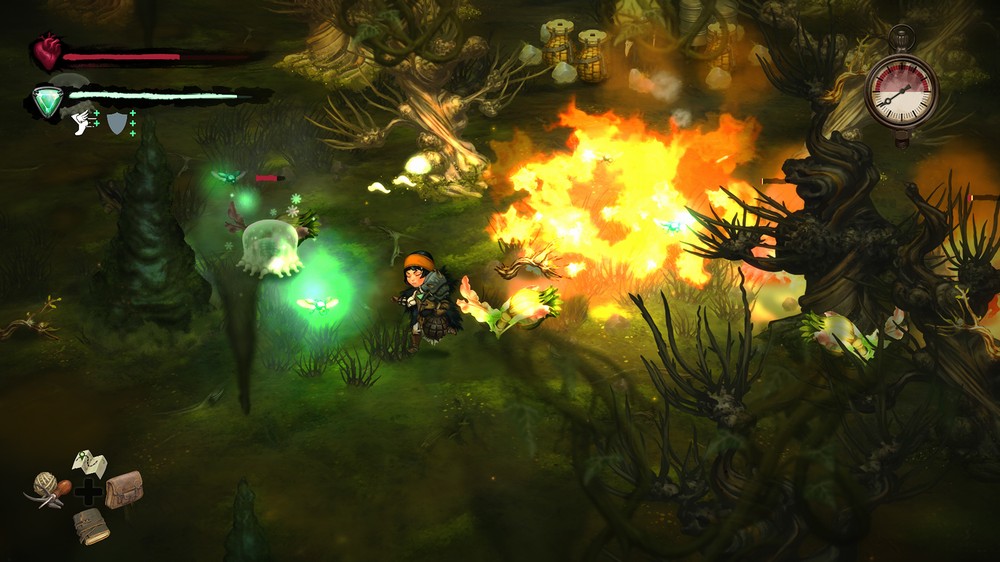 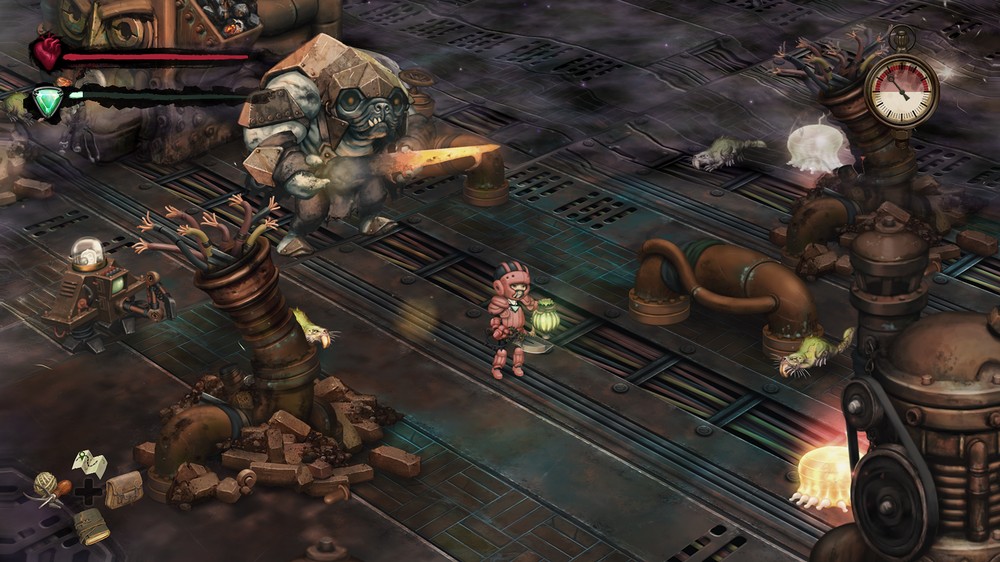 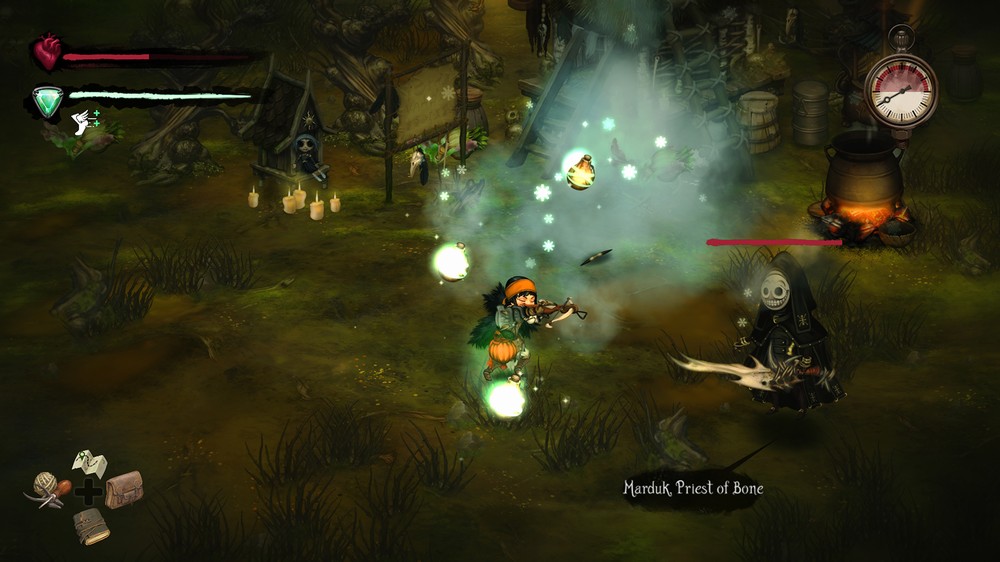 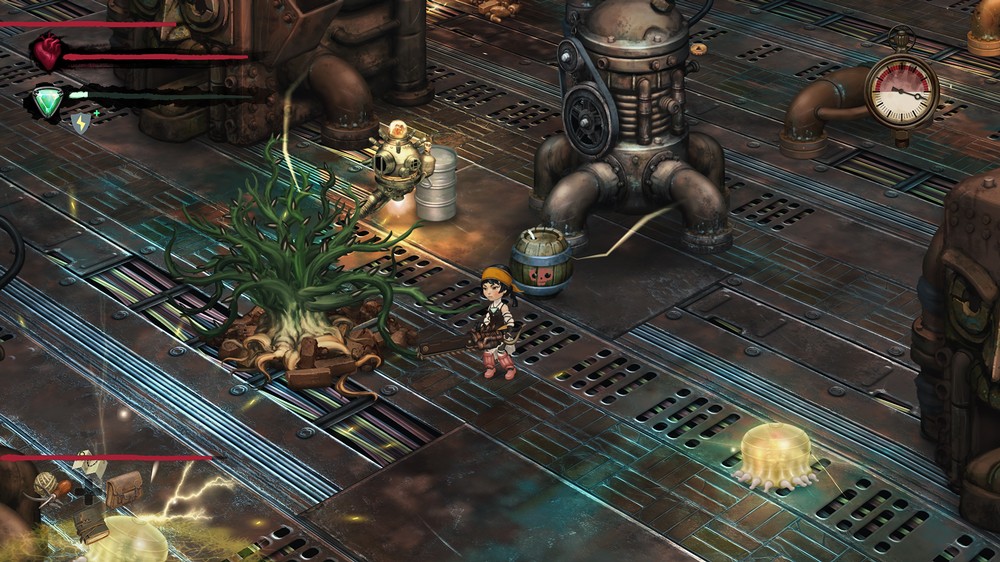