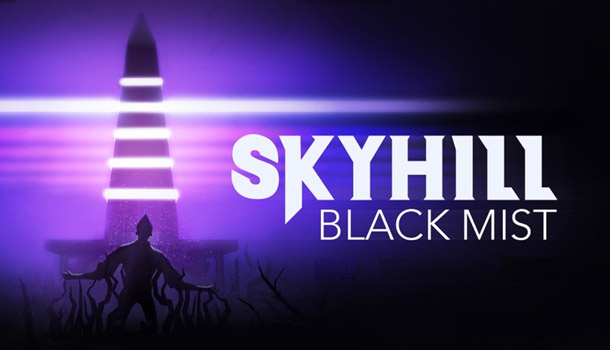 Cool look and premise but suffers from generic and problematic gameplay.

Just the name, SKYHILL: Black Mist invokes a bit of mystery and potential terror, and the game wastes no time in setting up the suspense. This 3D action-adventure, played from a fix isometric viewpoint, startles you from the very first ringtone when Dad (you) answers the phone to hear his distressed daughter pleading for help. Apparently armed men have broken into the nearby condo where she and her friends were having a party and started shooting everyone. The line goes dead and Dad must take action.

What starts off as a standard Liam Neeson “daddy-saves-daughter” rescue mission quickly turns into something much more sinister as we begin to explore the massive condominium complex complete with residential, business, commerce sections, and even a theater. The labyrinth of corridors, multi-level apartments, parking garages, and deadly rooftop sections become treacherous areas to explore, filled with paranormal/supernatural shadow monsters and plenty of collectible loot. 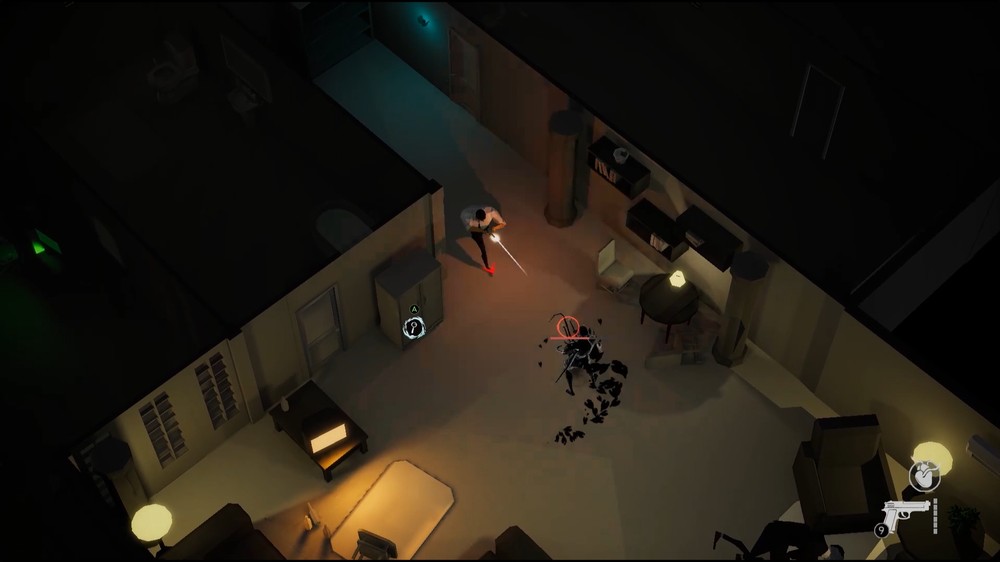 SKYHILL: Black Mist eases you into the gameplay loop with an ongoing tutorial that teaches you about stealth, silent kills, enemy avoidance (like hiding in closets), looting and crafting. Many of the key gameplay elements are derivative of similar action-survival games like The Last of Us, where you collect random components that all feed into a “recipe” for something more useful.

Once you arrive at the party location you’ll find a black obelisk that serves as the hub between your world and the shadow world. You’ll also use the tower to store excess loot that won’t fit into your personal inventory – yes, it has one of those inventory systems…sigh. From here the game opens up with non-linear exploration. You are free to go wherever you can in order to secure bigger and better loot and slay as many of these shadowy creatures as you can and run away when you can’t. There is ample freedom in how to play as well with a nice balance of stealth, traps, or brute force combat. Survive long enough and you might just solve the mystery and find your daughter. 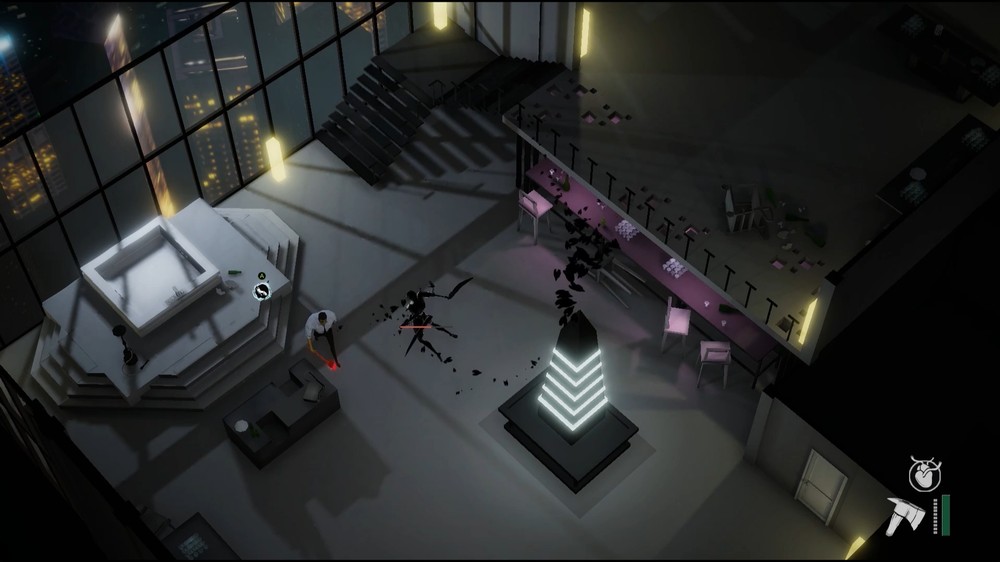 SKYHILL: Black Mist has a very distinct look with fantastic art design for the 3D environments that are both colorful and soaked in a noir blackness that saturates much of the scenery. The lighting is superb with real-time shadows being cast from multiple light sources creating all these sinister shadows that dance off the walls and stretch along the floors. The camera angle is okay for the most part, but I did seem to trigger encounters while sneaking by enemies that I clearly weren’t touching. The UI is non-invasive and intuitive and the menus for inventory and crafting are equally as simple. There is a nice pacing and flow to the game as long as you stay alive, but death can result in a bit of frustrating repetition of previous content. There is a constant back and forth of slow, unpopulated areas where you are meant to gather and craft, and then busy combat areas where you deplete all those newfound resources then do it all again in a new area.

The one singular thing I despise in all of gaming is a time limit and all too soon SKYHILL: Black Mist has you getting infected by the black mist, putting you under threat of eventual demise unless you can continually find ways to keep your slowly depleting infection meter from draining. This is the kind of game where I would normally take my time and analyze the situation and plan fun ways to sneak through or stealth-kill a string of enemies, but with the meter always ticking away I felt forced into hasty actions I wouldn’t normally consider. In an era where gamers constantly complain about games being “too short” why would you rush me; especially in a game that seems to encourage exploration and looting? 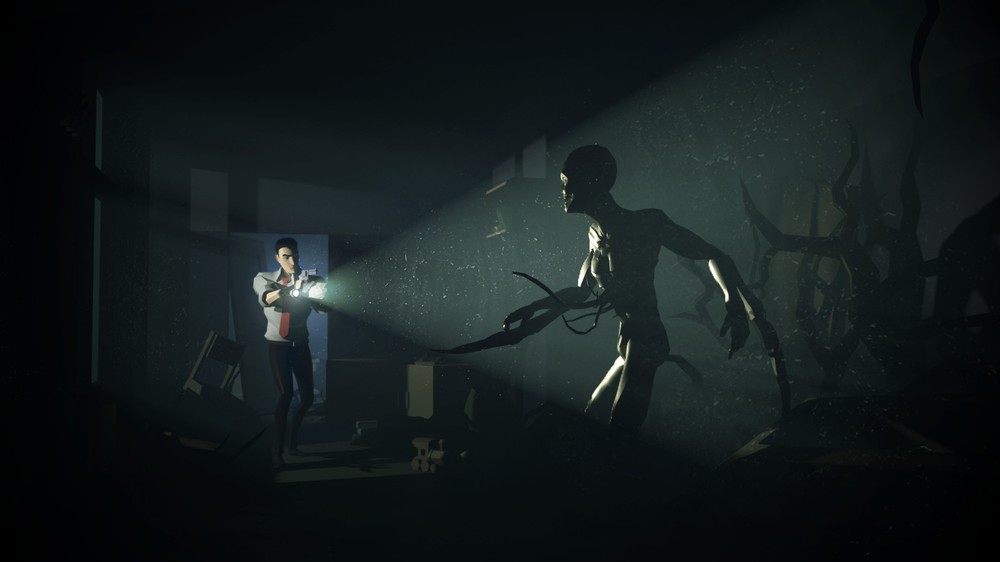 In addition to the great visuals, SKYHILL: Black Mist also has a great atmospheric soundtrack, spooky sounds, and some reasonably good voice acting. The art panel style of storytelling for the cutscenes was also pretty cool. Everything is perfectly designed to create just the right amount of tension and suspense, but that feeling is often broken with odd balancing issues and some visibly bad enemy AI. You always seem to be running out of resources because your exploration is limited by the black mist timer, so you are always forced into premature combat or simply reduced to running around exploiting the environment in a crazy game of “tag”. Most of the lower level shadow creatures are pretty dumb and easily avoided while others will stalk you through multiple rooms until you trigger a load screen, which are frequent, long, and totally break the mood and momentum.

There is a lot of potential in SKYHILL: Black Mist, but in its current state it is a fairly generic and average survival horror game. There are some outstanding presentation elements that will certainly help immerse you in this surreal world, but sadly the weird and distracting gameplay issues will shatter that immersion just when you are ready to settle in. Only the most desperate of survival horror fans should consider this. 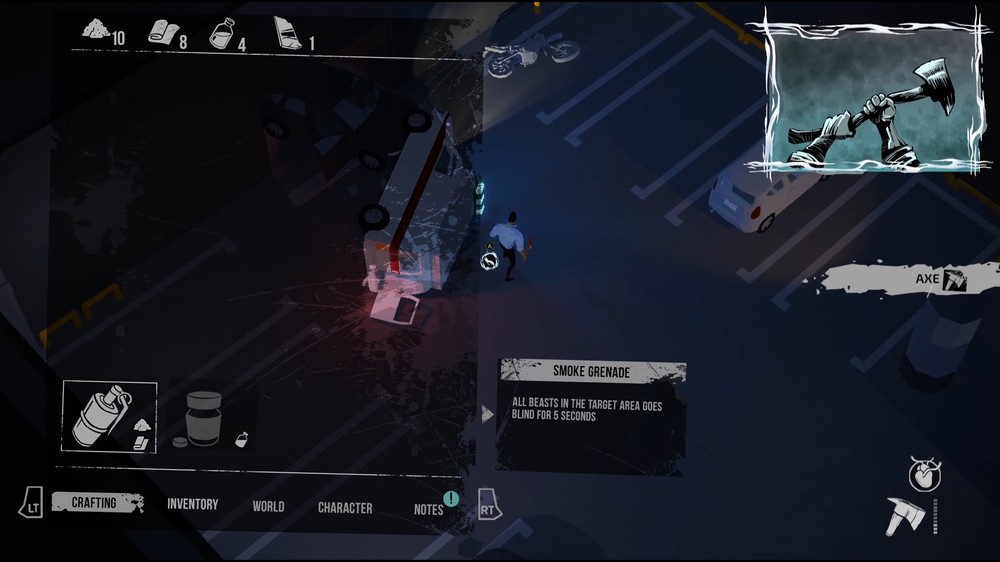 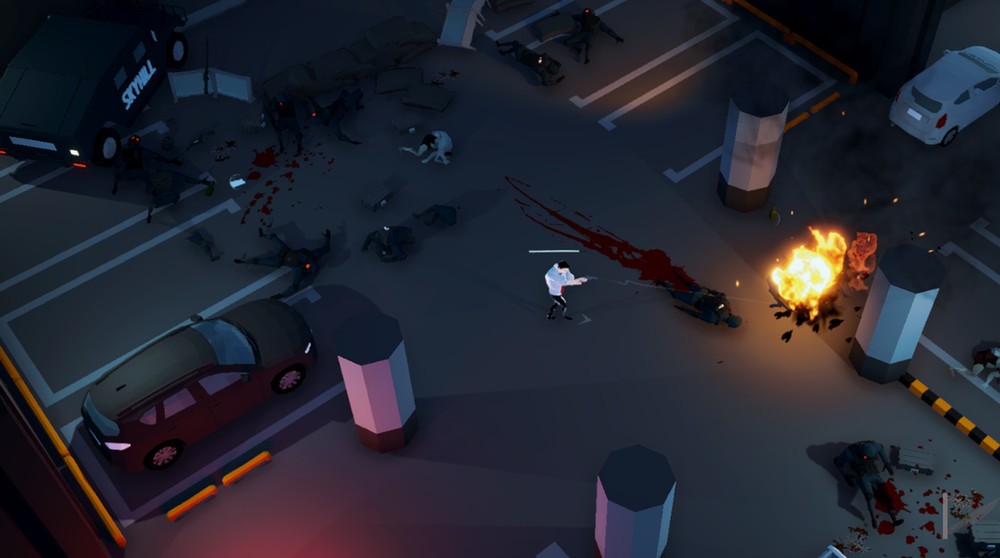 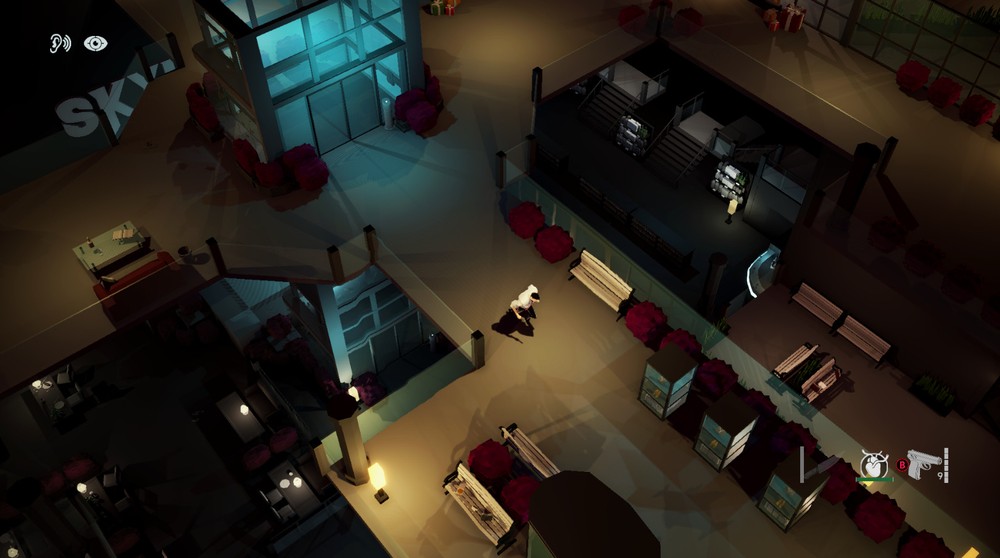 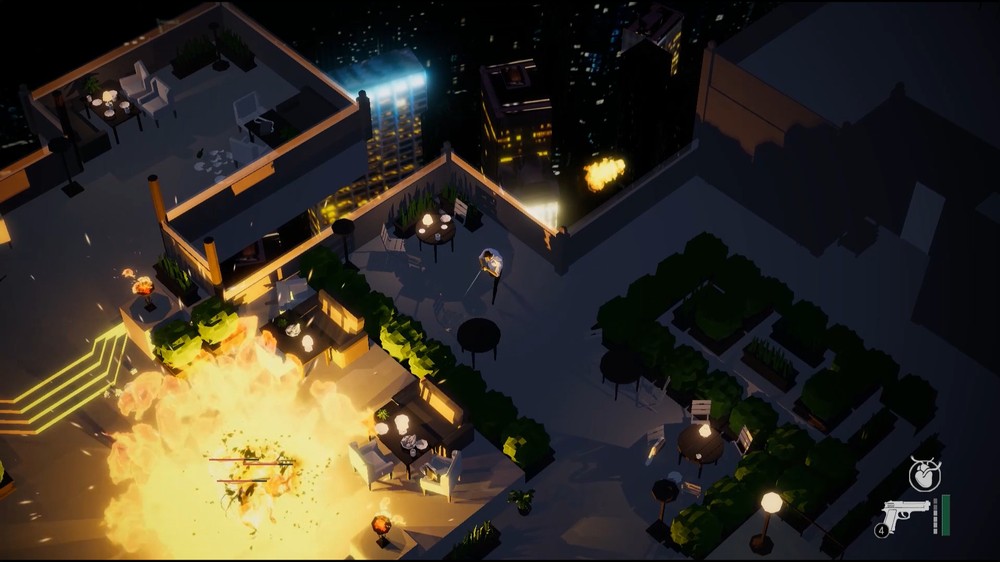 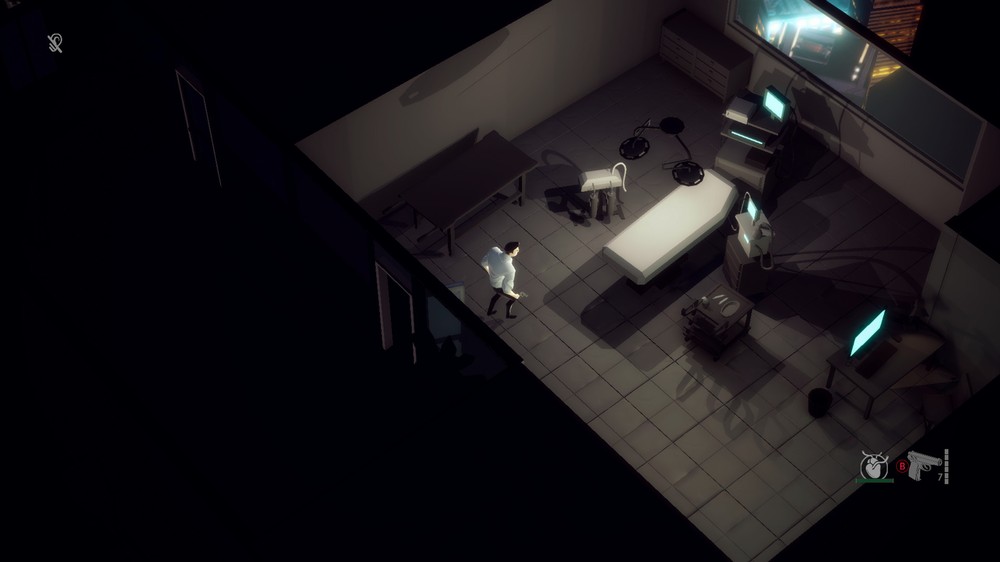 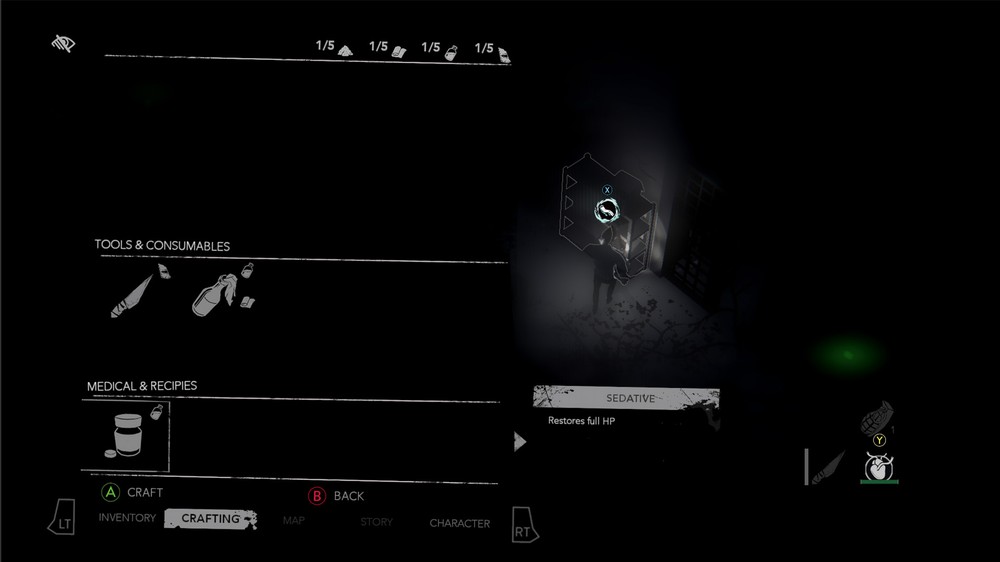