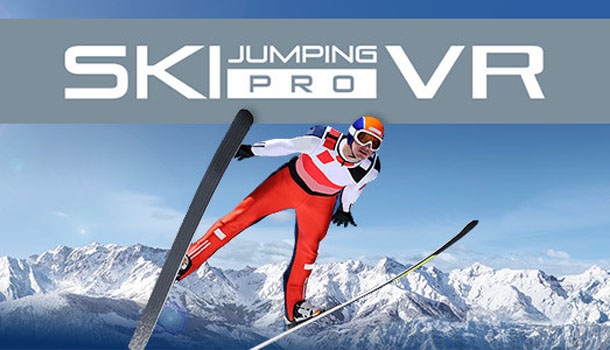 + Something new for the VR gamer
+ Rewarding challenge

- No variety in gameplay

As an avid downhill skier, I am excited to finally see a skiing title release for the PlayStation VR, even though it is solely centered around the niche sport of ski jumping. Ski Jumping Pro VR put gamers in the boots of the Winter Olympic event that made names like Toni Nieminen and Michael “Eddie the Eagle” Edwards minor celebrities of their time.  While Ski Jumping Pro VR doesn’t have a lot to offer in terms of variety, it does make gamers have to focus on control, precision, and perfection – which in itself is quite rewarding.

Upon strapping on all of the VR equipment, it is obvious that the visuals suffer a bit from the porting to PSCR from the native Steam release.  There’s a certain amount of jerky visual stutter that happens upon panning about the low-res environment, and while one would think this would be the perfect game to showcase the vertigo-inducing VR the feeling of height and distance seems a bit flat. But not all is lost – little details like seeing your breath and the lights on the skis was enough to send a wintery chill up my spine. 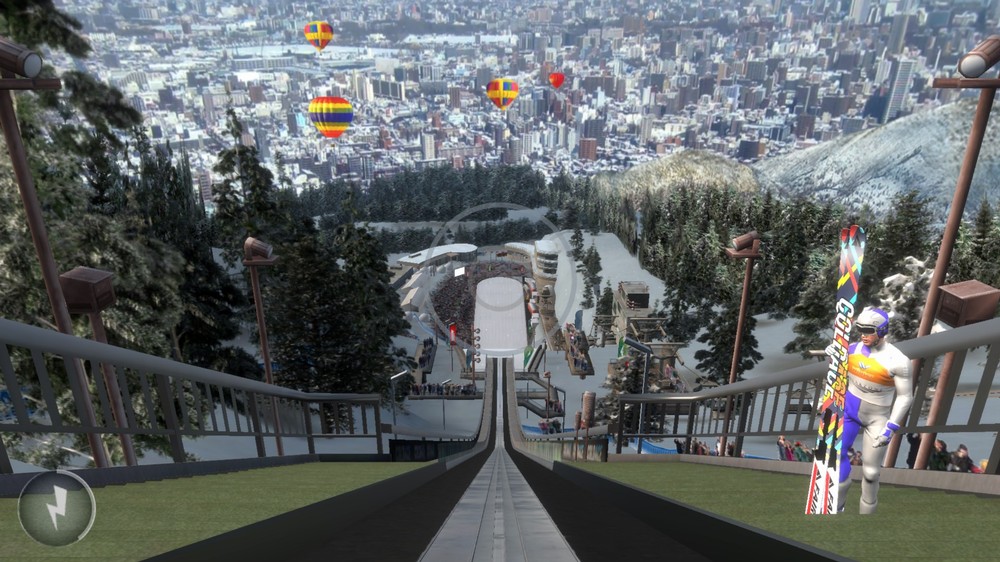 The controls are quite simple – using either the DualShock 4 or two PS-Move controllers to represent each ski, the gamer runs through the motions of maintaining balance, leaping at the end of the ramp, forming the V-shaped wings to maximize float, and then landing smoothly down the landing ramp.  There are very subtle movements that make or break each run, and it will take quite a few runs before gamers really get a feel for the required control.

The game offers only two modes of play: a simple drop-in jump at any of the various locales, or a career mode, in which the gamer progresses through a series of tournaments.  Each level looks different, but plays essentially the same given the restrictions and regulations of the sport.  There’s very little variety in the gameplay other than the equipment upgrades that can be obtained during the game.  These upgrades are actually useful as they help the gamer ski faster, fly further, and land more gracefully.  And that’s where the reward comes into play – every time you nail a landing, a wave of excitement (and relief) that washes over makes all of the mundane trial-and-error of the previous runs seem totally worth it.

Ski Jumping VR is going to appeal to a very niche audience – and while I really long for a true downhill freeride skiing simulator (c’mon Steep…give us some VR!), Ski Jumping VR is good enough for a virtual winter fix every now and then. 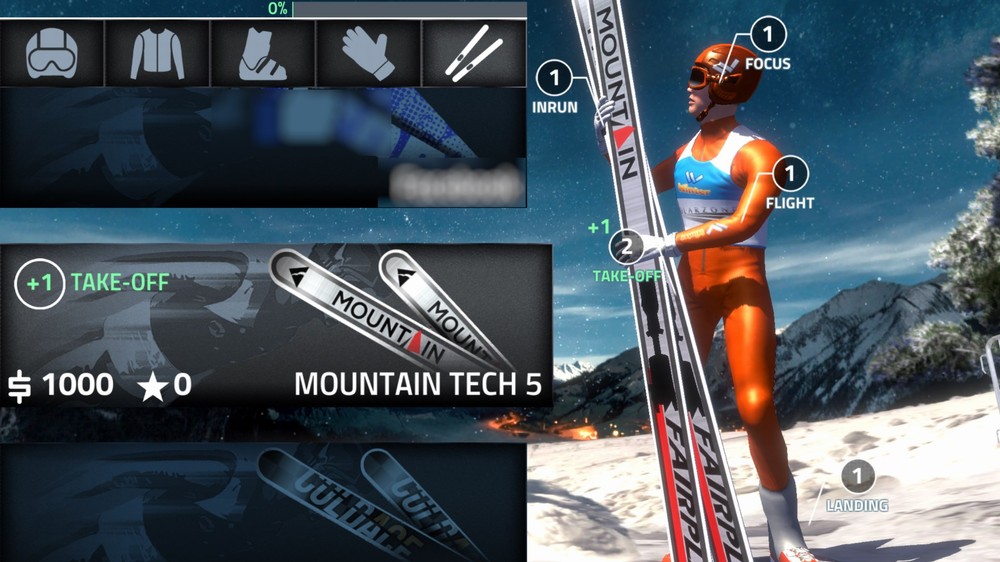 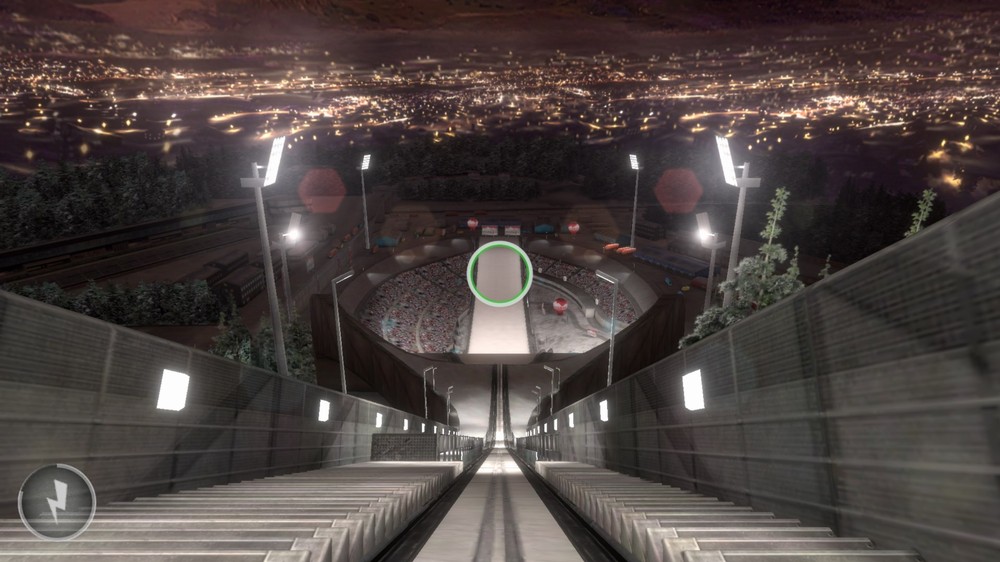 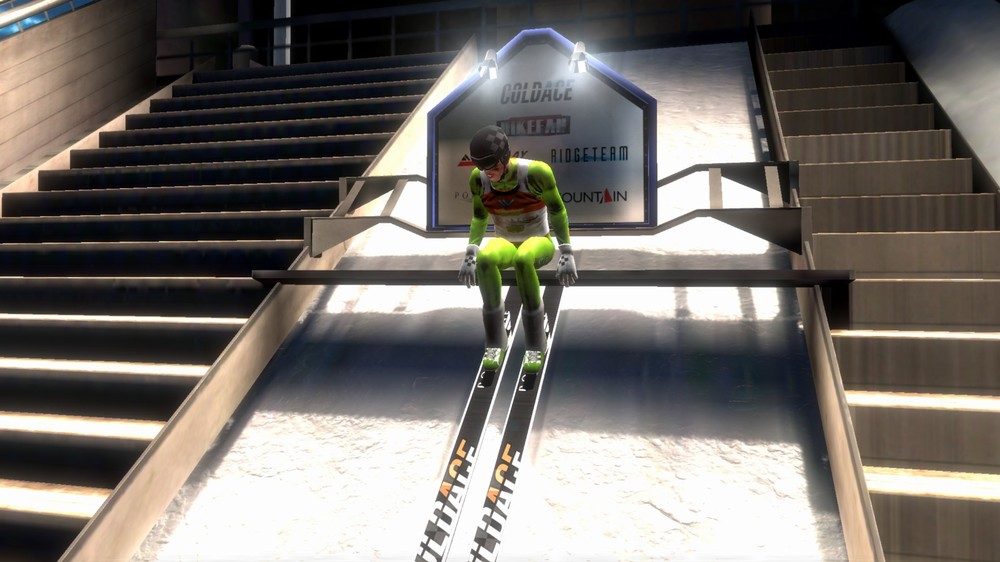 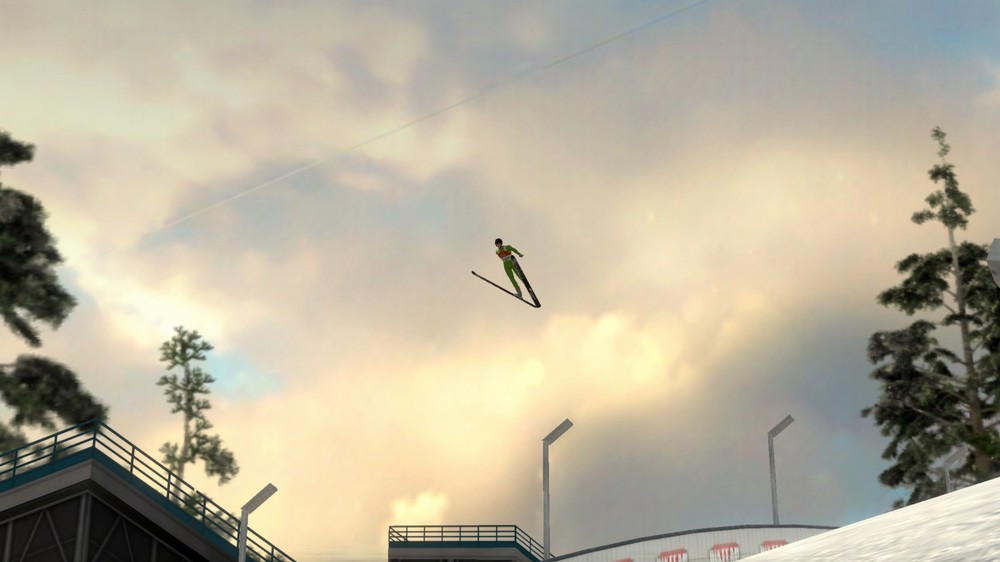 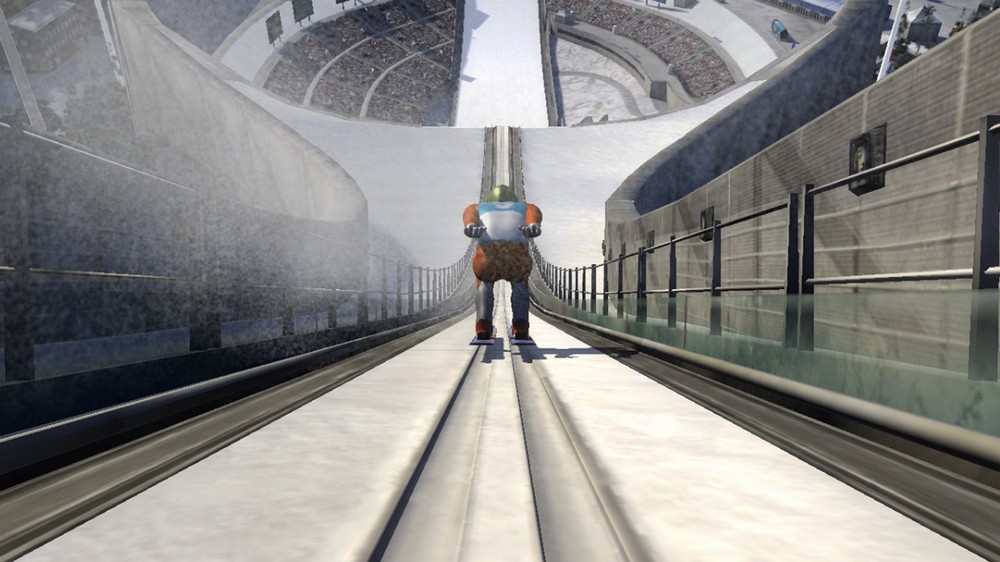