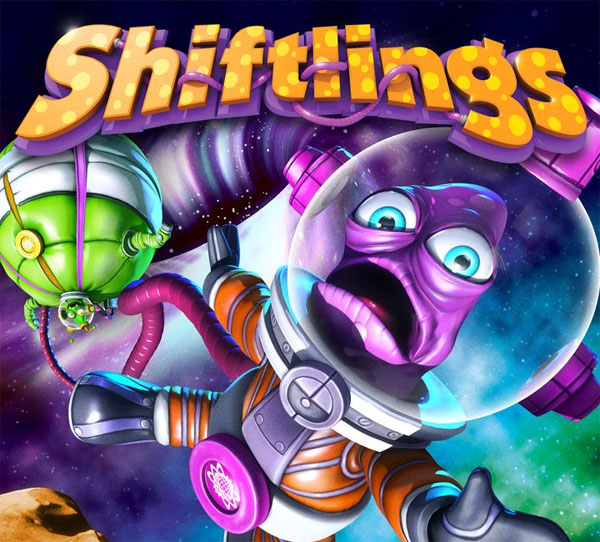 Tedious when playing alone
Game can get repetitive if played too long.

An amusing and fiendishly clever puzzle-platformer designed for two players.

Sierra Games dropped a charming little bomb onto the digital marketplace last week with their release of Shiftlings.   In this devilishly clever puzzle-platformer you will be playing as a pair of aliens, both wearing space suits and both tethered to one another by an air hose.   Your goal is to navigate a series of complex level designs, collecting three bottles of cola, reaching the controls to unlock the exit, and then making your way to that exit.

The rules of the game are as simple as the controls.  At any given time you have one alien in an inflated space suit and another smaller alien, and with the tap of a button you can deflate one alien’s suit and use the air to inflate the other.  The small alien is able to flip switches and jump, using the large alien as a trampoline to bounce around ledges while the larger alien can push around blocks and act as a counterweight to pull the smaller alien up to higher ledges.  These basic rules, along with some increasingly challenging level designs will eventually melt your brain as you go for perfect scores on all the levels. 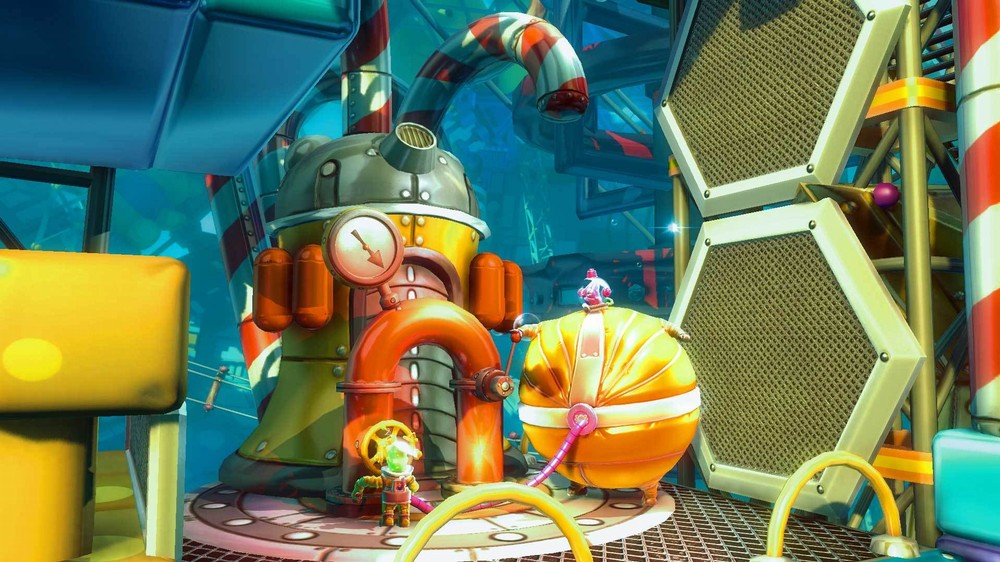 While the game is playable as a solo endeavor it is quite clear that, by design, you’ll want to bring a friend to the party in either local or online co-op play.   Unlike many single-screen co-op games, fighting for screen control is never an issue since you are always tethered by your air hose.  Playing online is surprisingly functional.  I enjoyed the doorbell sound effect when player two tries to join your game session, but make sure you have a headset, as you will be strategizing a lot during Shiftlings.  Playing alone requires you to manually switch between the two aliens, which just makes the whole process needlessly complex and even a bit tedious.  At least as the larger alien you can drag the smaller one around, but your fun will grow exponentially (or at least double) when playing co-op.

It doesn’t take long before the game ramps up the difficulty to epic proportions.   If you thought collecting those three bottles of cola was challenging in the first 3-5 levels just wait until you find yourself zooming out the map and studying every pixel just to find them in the later maps.  Toss in obstacles like laser grids that can fry you and blocks and elevators that can snap your air hose and end the level, and you’ll quickly realize that despite the charming look of Shiftlings, this game is ready to test the mettle of the most skilled puzzle-platform gamer.  Thankfully, the larger and longer levels come with checkpoints to save your progress. 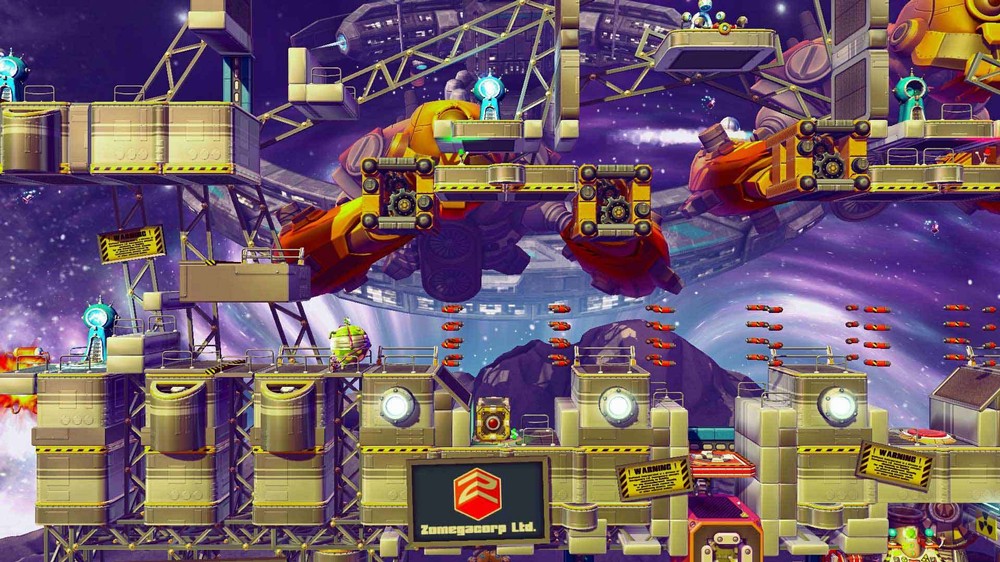 Shiftlings is yet another example that a $15 digital marketplace game can look every bit as good as a big budget release.  There is a gorgeous opening movie that sets up the game and introduces a TV-style host who will serve as your narrator/MC for the remainder of the game.  The game graphics are colorful and full of detail and do a great job of scaling.  One only needs to hold the zoom button and zoom out to survey the entire playing field to see the scale and complexity of these levels.  By default the real-time camera does a great job of dynamically zooming in and out to give you the best framing based on the distance between your aliens.  Sound effects, music, and the voice work is all superior quality and just goes to add further charm to an already-adorable game.

Shiftlings is one of gaming’s best-kept secrets this March, and I can’t recommend it highly enough, with one caveat.  BRING A FRIEND!  I only played a few levels by myself and was quickly having flashbacks to the days of playing Lost Vikings – in that game you had to cycle between three characters to solve puzzles.  It’s not that the game is impossible to play or even enjoy as a solo experience, but it is clearly designed as a two-player platformer and that’s the best way to play it. 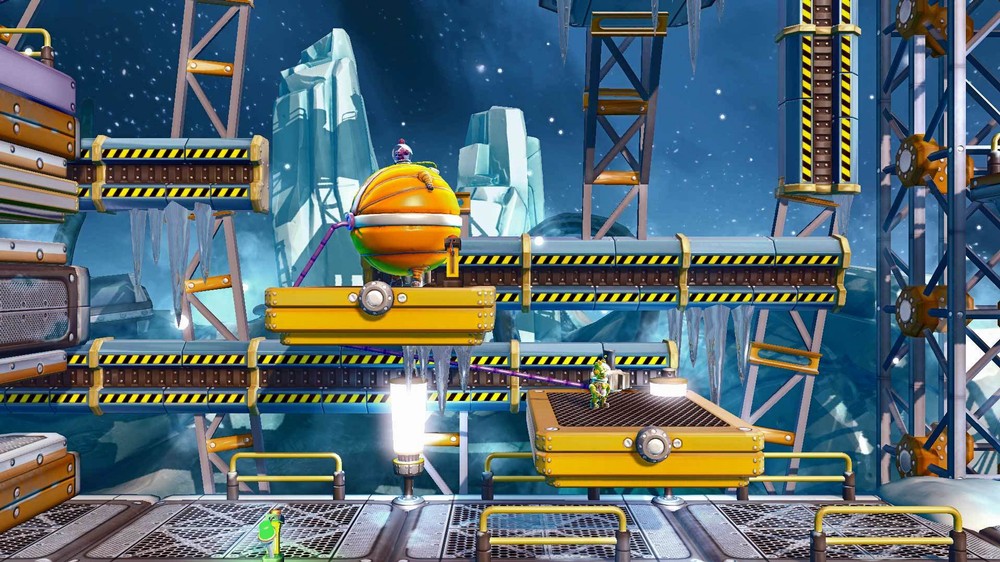 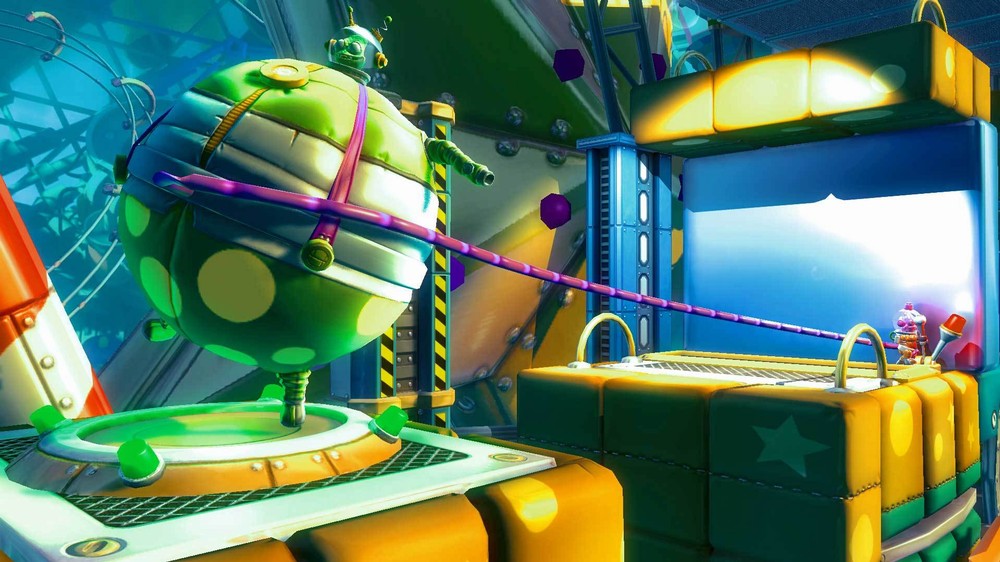 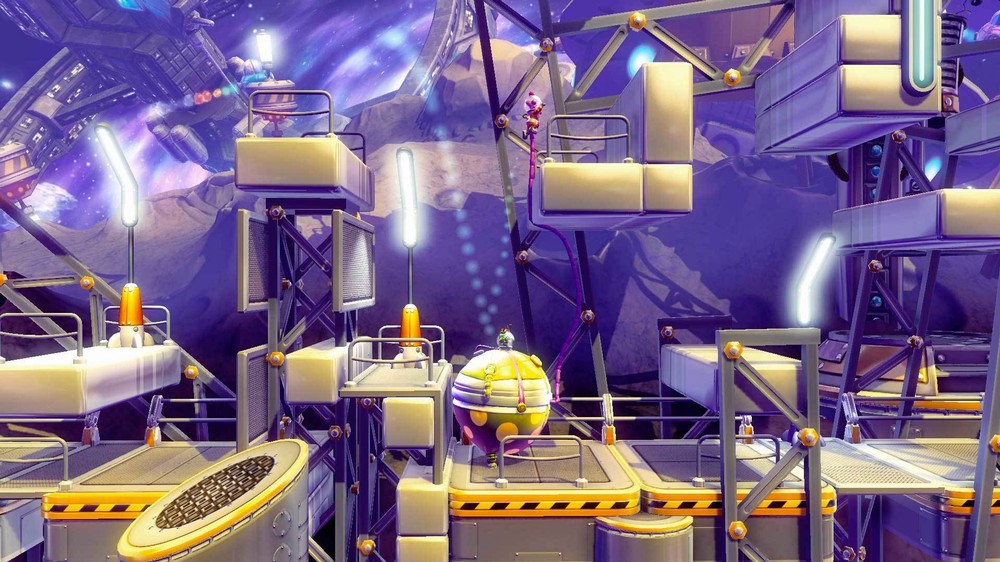 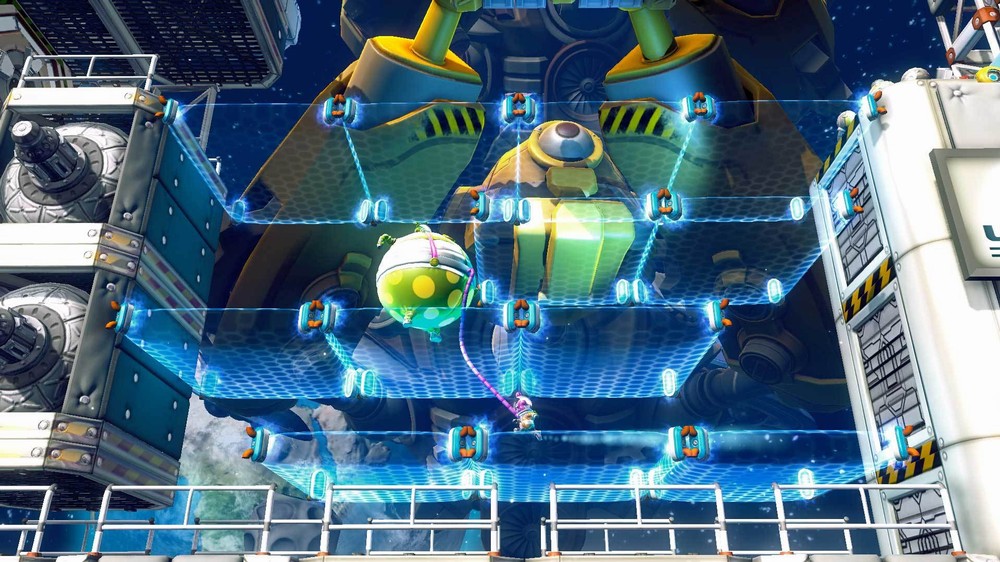 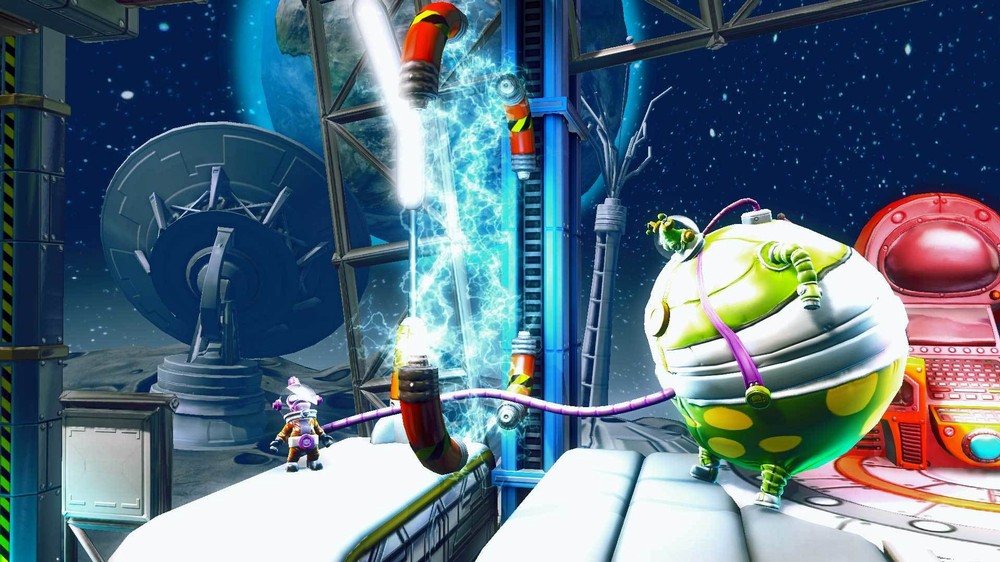 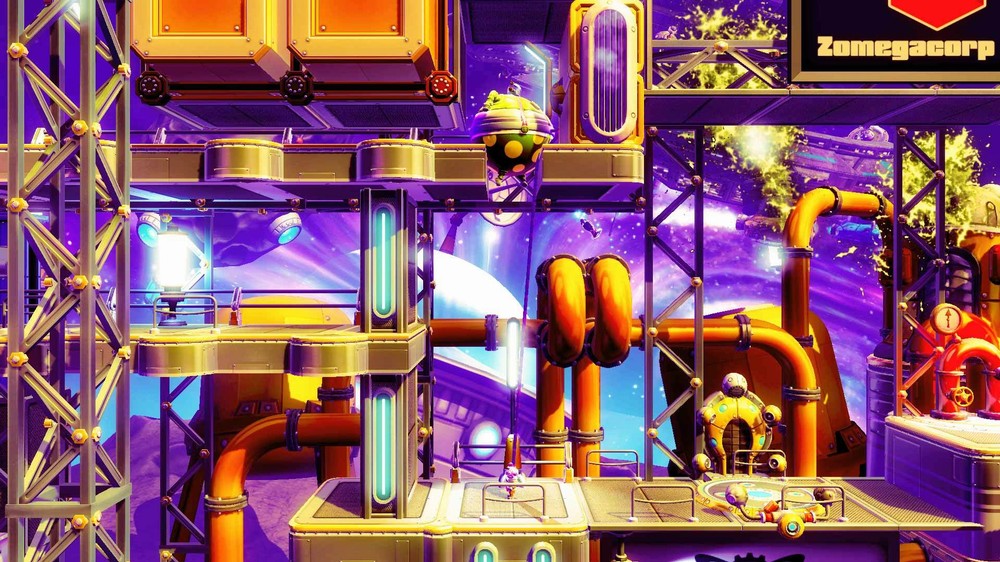 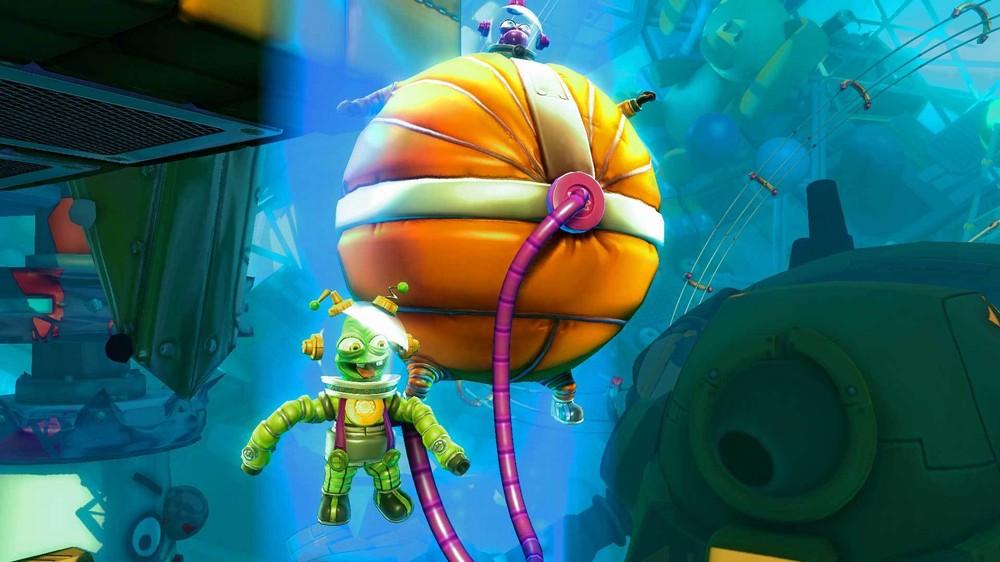 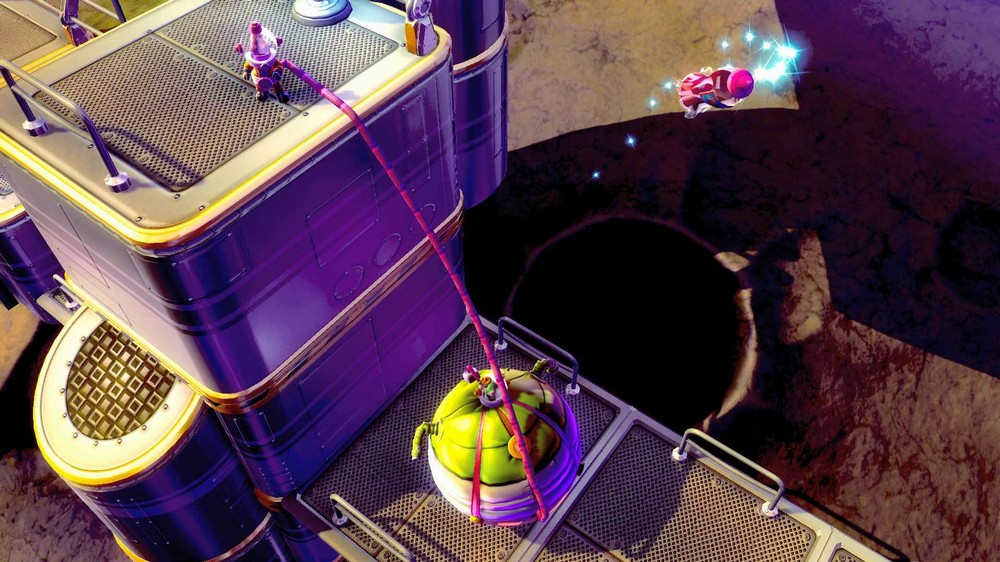