A fantastic adventure with a great story and loaded with content.

Let me just start this review saying that I’ve been waiting for Shardlight since the day that I found that Wadjet Eye Games was actually making another game since the curtain call of the Blackwell series, which I loved. I love adventure games in general, and their newest adventure, Shardlight takes players into a post-apocalyptic world where the rich prosper and the poor…well suffer with the threat of death from famine, disaster or worse plague every day.

The story follows Amy Wellard, a mechanic, who has been stricken with the fatal plague known as Green Lung. What she never expected was that taking a government lottery job in exchange for a ticket for the vaccine lottery would change her life forever. The world of Shardlight is ruled by an oligarchy who controls all the important resources yet who constantly seek out those civilians that are doing well demanding their source of survival in exchange for things like water or food coupons. 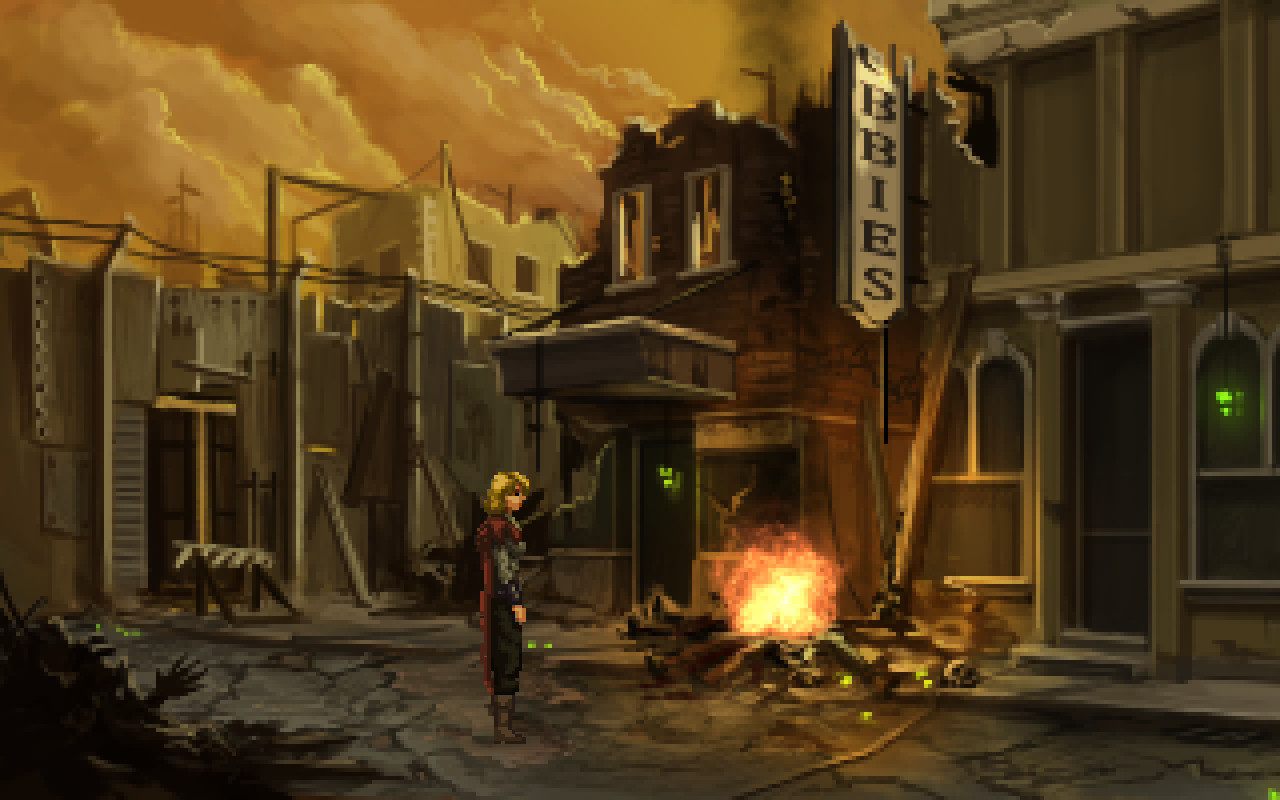 The world of Shardlight is a harsh one filled with many secrets that Amy is about to learn about the hard way in her search to survive and beat the plague that so many people are dying from. All the elements I would expect to be in a post-apocalyptic world plagued by disease are here but in a way that doesn’t seem farfetched at all. That’s probably why I felt invested in the characters and kept on playing to the very end in a single session.

Like all good adventure titles, the path to Amy’s survival is paved with puzzles and mystery. Does the Reaper that the Acolytes of the Reaper worship actually exist? How does the first person you meet know your departed father? But most importantly, is Tiberius a ruthless tyrant or perhaps someone with the good of his city at heart? You’ll find out all these answers by solving the many puzzles found within Shardlight. 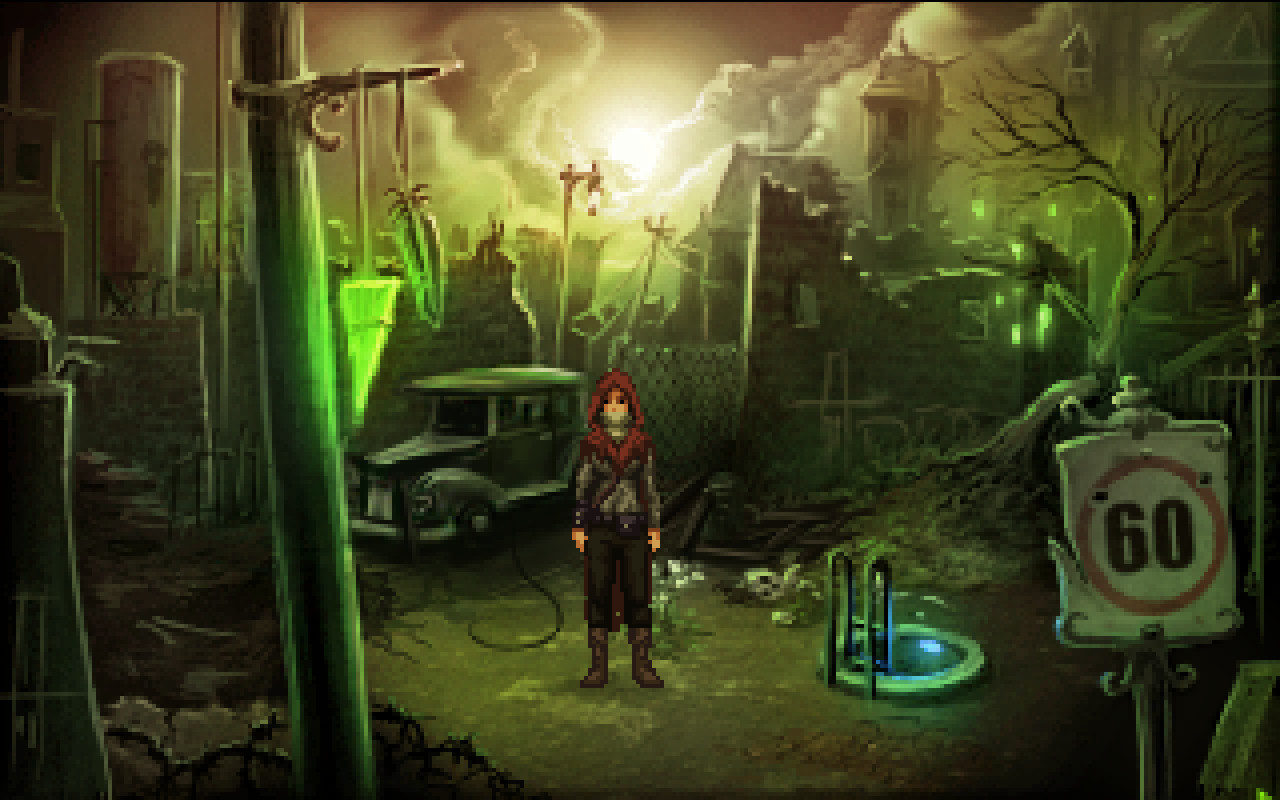 Having played previous Wadjet Eye titles, I went in kind of knowing what to expect with both their visuals and puzzle designs over the years. One of my favorite things about Shardlight’s puzzles is how naturally their design and solutions are to solve even though I did miss a few important ingredients to their solution from time to time. Once I did figure it out though it was like a huge green glowing glass shard going off.

Two things that I can definitely recommend when taking on the puzzles is to kind of think how you would actually do it and to explore locations thoroughly in true adventure game form. Truth be told, the puzzles aren’t really all that hard to begin with and can usually be solved with things in your surrounding area with minimal traveling required, and there is even some clever ones that I really liked. 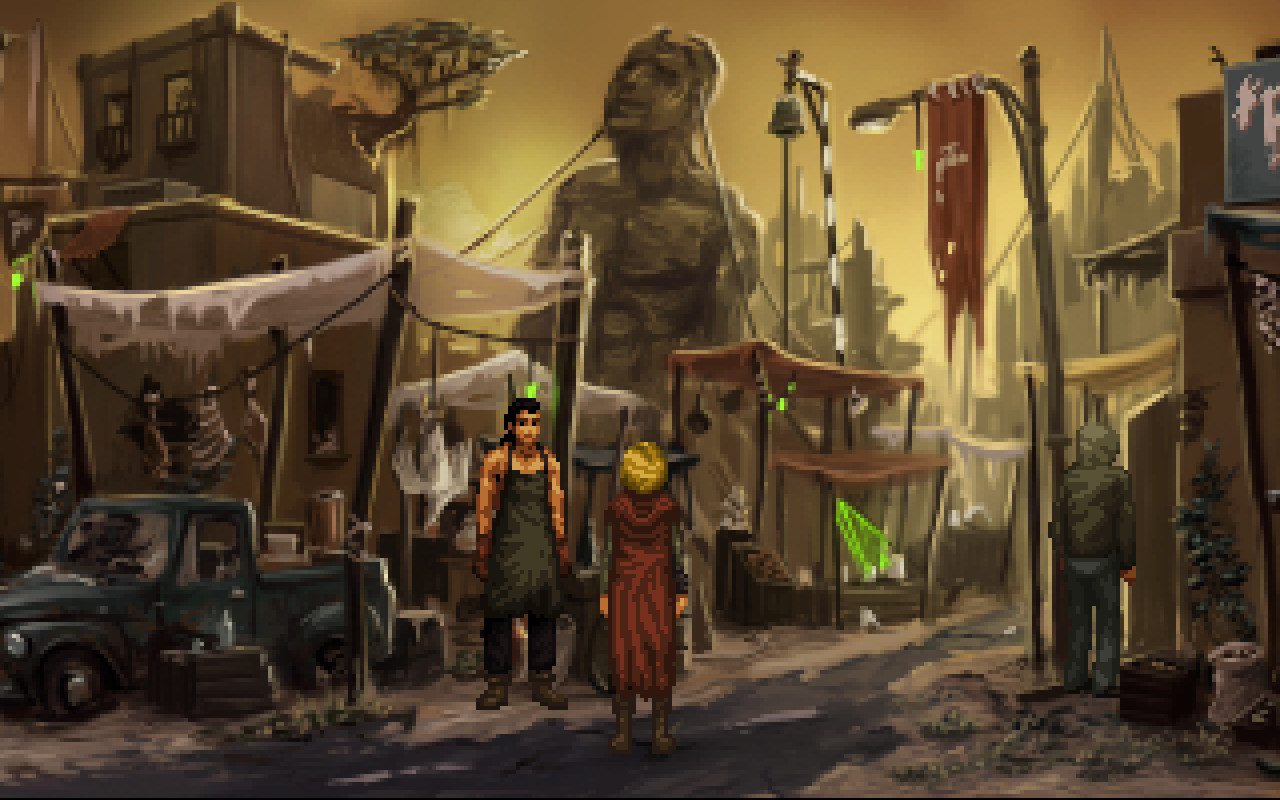 Shardlight features the same great interface design from their previous titles so using and combining items together is quite easy as is interacting with the environment. Shardlight is designed with only the keyboard and mouse in mind but I was actually able to play the game almost entirely with a Steam Controller, saving notwithstanding. The mouse method is still your best bet for hitting things with the crossbow periodically throughout the story however.

Designed with the Adventure Game Studio engine, Shardlight features the similar retro look that the rest of Wadjet Eye Games do but there is still a lot of charm and skill that shows with each new title that they do. A lot of game developers these days are diving back into the graphical look of gaming eras long past and well… some can’t hold a pixelated candle to the work that Francisco Gonzalez and the folks at Wadjet Eye Games do. A lot of detail is seen in Shardlight’s environments and its inhabitants including some stellar backgrounds. Even the up close environmental interactions hold up on larger monitors especially one particularly notable painting. 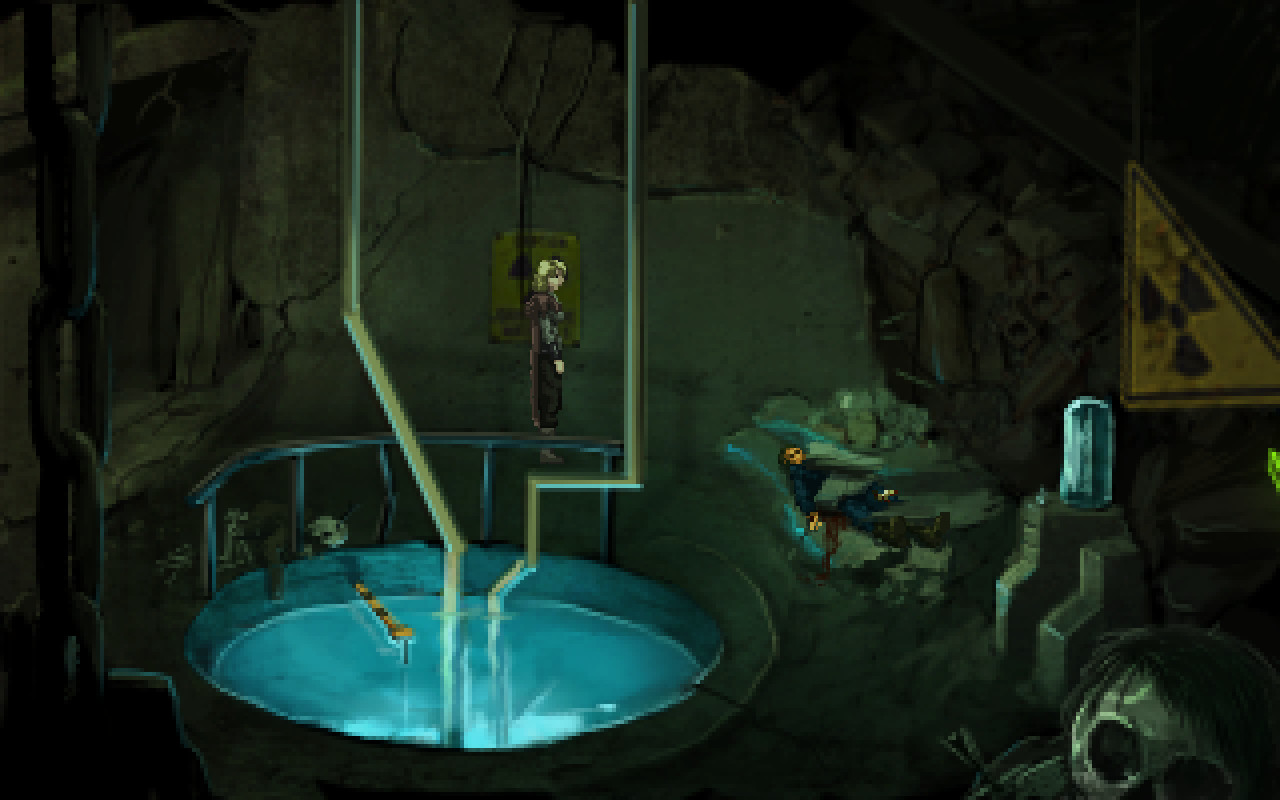 I also love Shardlight’s score by Nathaniel Chambers (Primordia) and the awesome voice acting cast, some of whom I recognize from other Wadjet Eye Games titles including the fantastic Abe Goldfarb and the main developer Francisco Gonzalez himself. With the score and the acting, Shardlight has a very atmospheric tone that makes you really feel for the inhabitants. There is also something very dark yet very indicative about the state of Shardlight’s setting when you hear a bunch of kids singing a morbid song while jump roping as well as a 7-year old girl cheerfully wishing you…well you’ll have to find that one out yourself. I also absolutely love the song in the ending credits and would buy that in a heartbeat if it were available.

Creepy factor aside, Shardlight is adventure that has you walking in the shoes of a person not ready to die living in a hostile world where despite its leader’s intentions seem to do more harm than good. There is a great heartfelt story to be found in Shardlight including multiple endings depending on some of the choices you have to make at certain points. While I did see some things coming before they did it didn’t really detract from the fun that I had playing through the 8 or so hours that it took me to get through it. 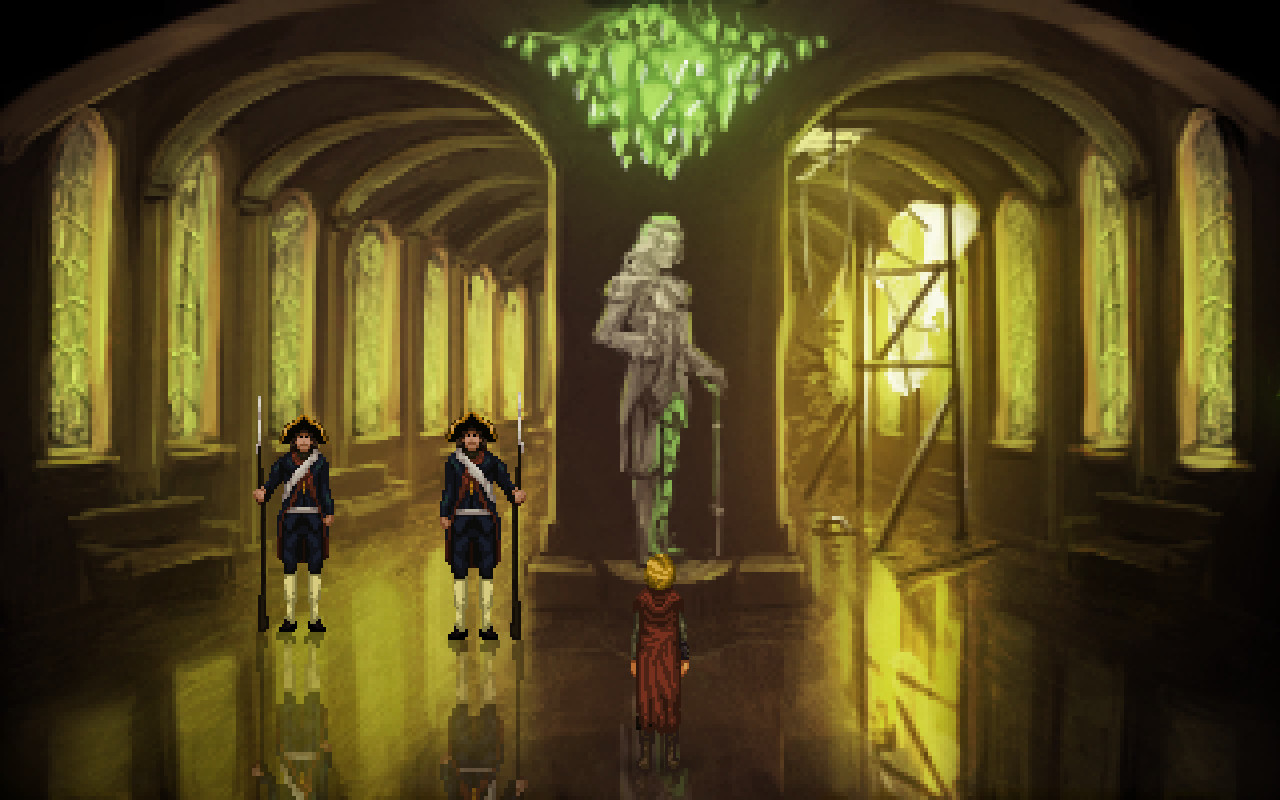 I know I’ve still got a couple more playthroughs in me to go as, like the Blackwell series, I must do everything and discover everything there is to know. I loved both the horrifyingly bleak and the pristine areas that I visited and just like the mask that Tiberius wears the dark nature that is humanity that hides just under the surface sometimes showing itself in horrifying and unexpected ways. If you’re a returning fan or new to Wadjet Eye Games’ works then you have to check out Shardlight for PC today. As for me I can’t wait to see what Wadjet Eye Games does next. 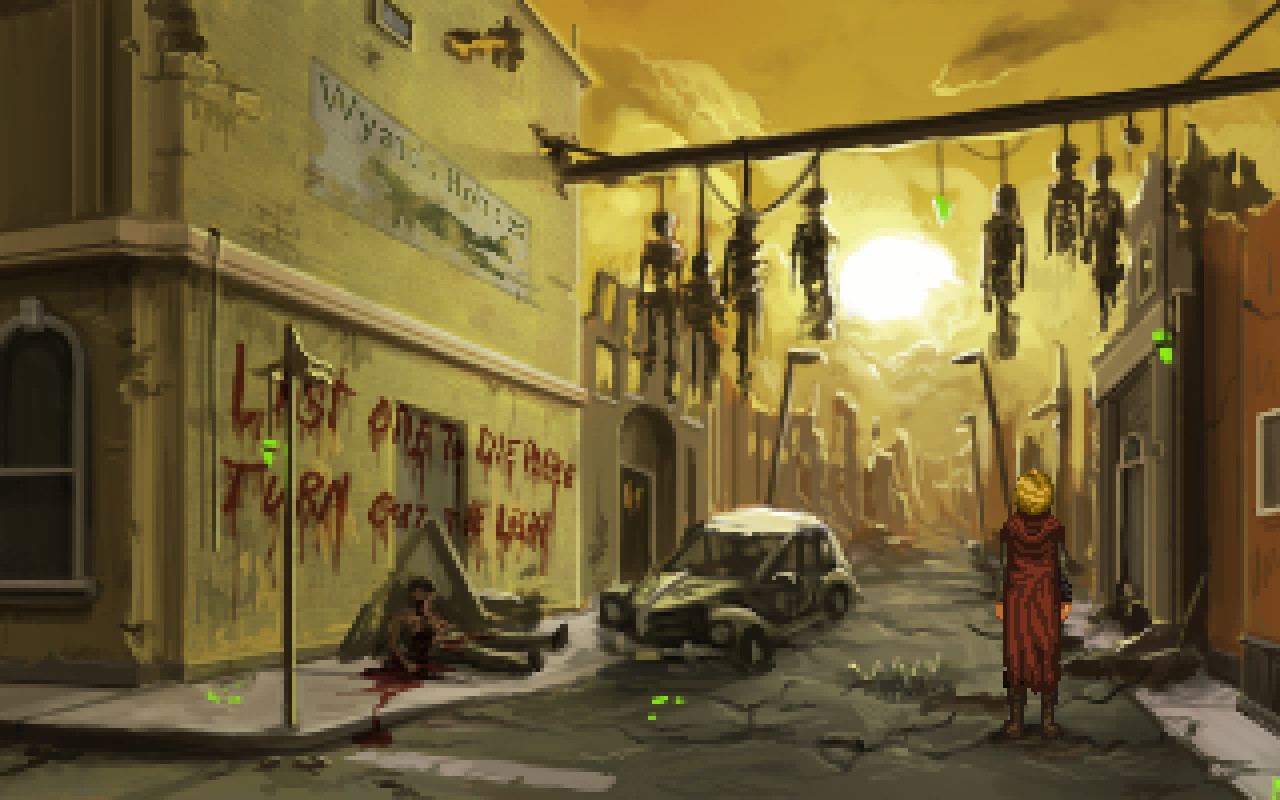