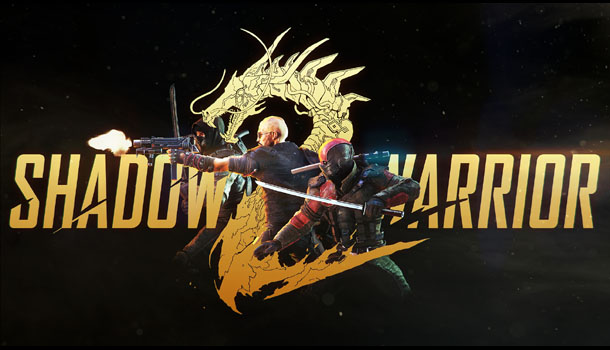 + Fast-paced, humorous fun
+ A lot of weapon variety and customization
+ Non-linear approach is welcome in an FPS

Isn’t perfect, but it’s a lot of fun

If you look at a list of the most underrated games of this current console generation, there’s a good chance that 2013’s Shadow Warrior will appear somewhere. Developed by Polish studio Flying Wild Hog, Shadow Warrior was an entertaining mix of fast-paced action and over-the-top humor, and perhaps didn’t do as well commercially as it should have. Despite this, publisher Devolver Digital saw fit to green light a sequel, and so we now have Shadow Warrior 2, which continues Lo Wang’s story and gives players a further chance to indulge in some first-person mayhem.

Someone much more eloquently than me once said that, as you get older, new people you meet get reduced down to smaller parts that remind you of people you already know. I found a similar thing to be true with Shadow Warrior 2, though this isn’t intended to be a criticism. You’ve got a Borderlands style weapon-management system, gunplay and combat reminiscent of Serious Sam, and a sense of humor fairly similar to Duke Nukem, but not quite as cringe worthy. Shadow Warrior 2 is an example of a sequel that expands greatly upon its predecessor, as instead of a series of fairly linear levels, you’re not given more freedom of choice over how you progress through the game. 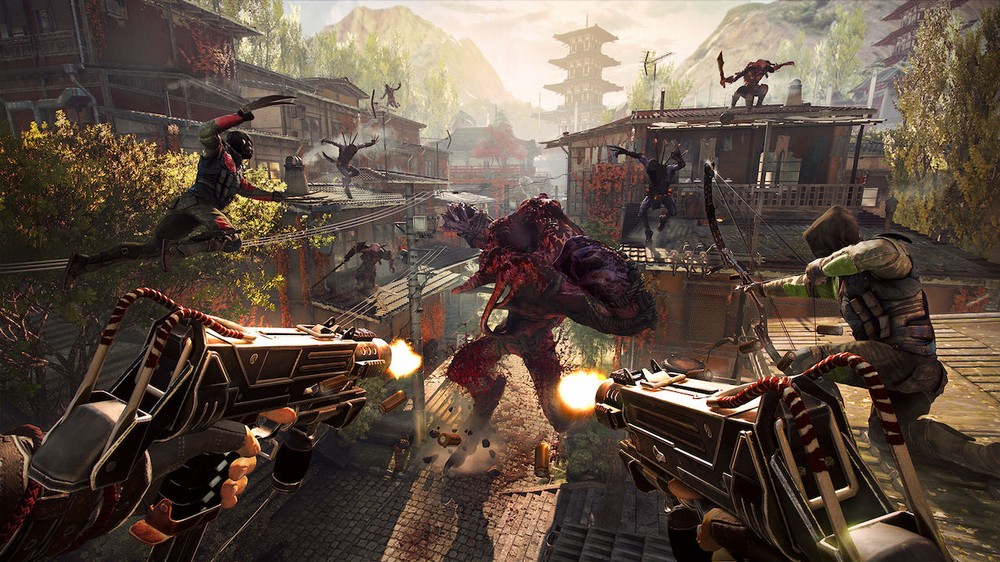 In Shadow Warrior 2, Lo Wang is in possession of what he calls the Wang Cave, which serves as a home base on Dragon Mountain. From here, you can buy weapons and upgrades, talk to NPCs, and get given different missions to complete. Some of these are story missions that drive the plot forward, but others can be side missions that provide you with a specific rewards upon completion, or bounties, that give you extra cash to play with and occasionally a weapon or particular upgrade. Your choice of side mission can be limited by how far you’ve progressed through the story, but you’ll often have at least a couple of opportunities to stray from the beaten path if you desire.

Once you’ve chosen a mission, you’ll be whisked away to its location, and while there’s a disappointing lack of variety in the places you’ll go (eastern-inspired temples, futuristic Blade-Runner-esque cityscapes), you’re given almost total freedom once there to approach the objective as you see fit. Sure, you’ll likely have to kill a whole bunch of enemies on the way, and there may well be a boss-fight at the end, but there’s ample opportunity to explore, and plenty of hidden secrets to find and treasure to pick up. 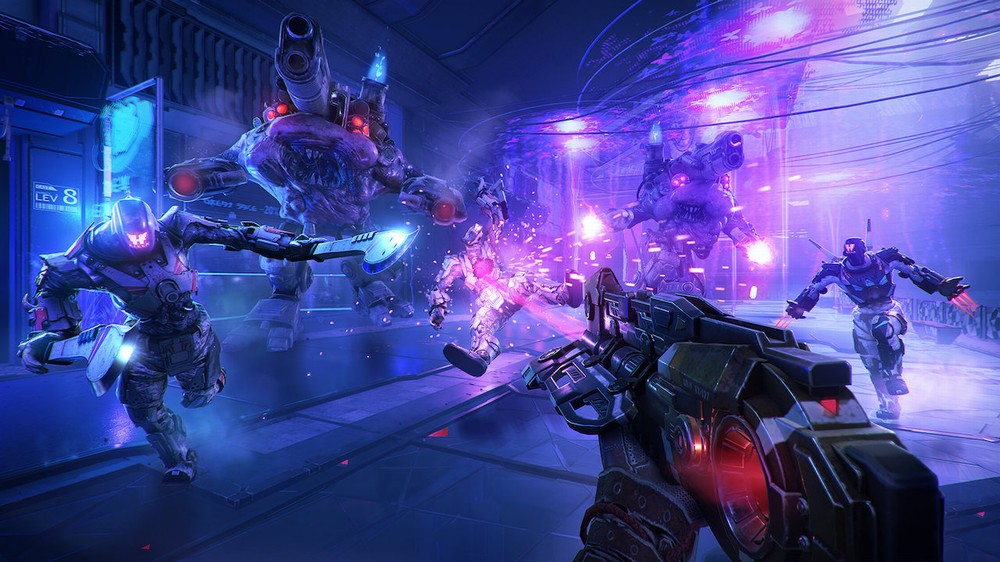 One of the most common types of treasure that you’ll find are weapon upgrades, and these provide you with the opportunity to customize your weapons to perform as you’d prefer. You can change elemental damage, firing rates, splash damage, and with the wide range of weapons available, both ranged and melee, you can craft your arsenal to suit your playing style. There’s also a wide variety of enemies to fight, ranging in size, shape and appearance, to whether they’ll attack you from range or close-up. There isn’t much nuance in their tactics, though, as upon spotting your character, they’ll simply rush you, rather than attempting to take cover or cause you to think in any way about how to defeat them.

With all the improvements upon its predecessor that Shadow Warrior 2 brings, it’s disappointing that it also includes a whole host of technical issues, some of which make the game nigh-unplayable at times. I initially encountered sporadic instances of slowdown, which can be forgivable in isolated incidents, but as I persevered with the game, it became a common issue, and it got to the point where I sometimes had to completely exit the game and come back in to get rid of it. I also experienced issue with enemies, where they would seemingly load into the game as a stock model, arms and legs spread like Leonardo da Vinci’s Vitruvian Man, but still able to attack me as usual.

Despite these issues, I still had a lot of fun with Shadow Warrior 2. It revels in its own stupidity, doesn’t take itself seriously, and presents an experience, which is refreshingly boiled-down and fast-paced. It’s a middle-of-the-road game that we don’t see all too often at the moment, in that it’s not a super-high-budget AAA game expected to get nines and tens across the board, but it’s also not an indie game designed to evoke memories of the early nineties. It’s a game that you’d perhaps find in a bargain bin somewhere, or pick up on sale, and be surprisingly delighted with your purchase once you got the chance to play it. Shadow Warrior 2 isn’t perfect, but it’s a lot of fun, and if you’re looking for a break from super serious shooters, or are missing Borderlands and want an experience in that vein, then it’s well worth a look. 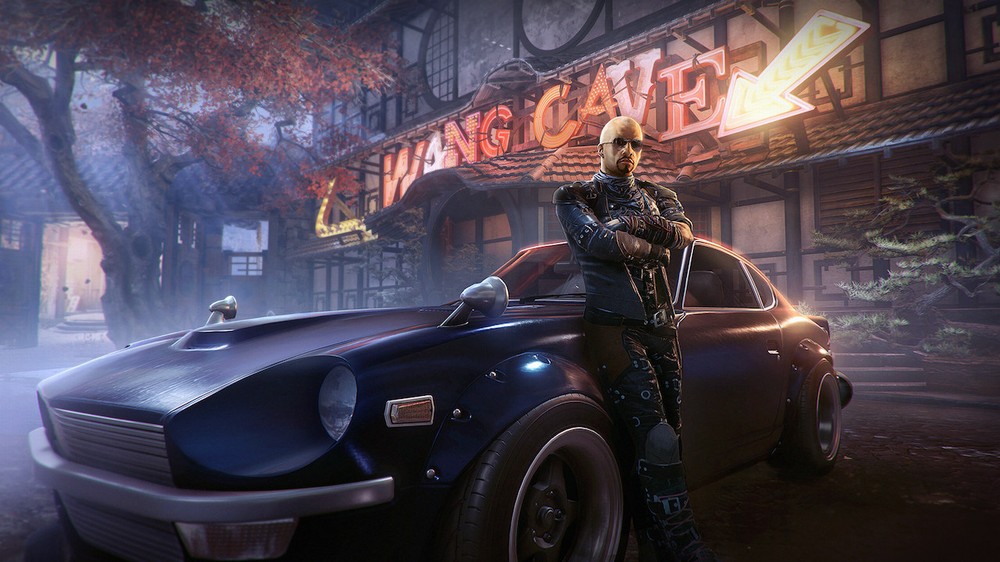 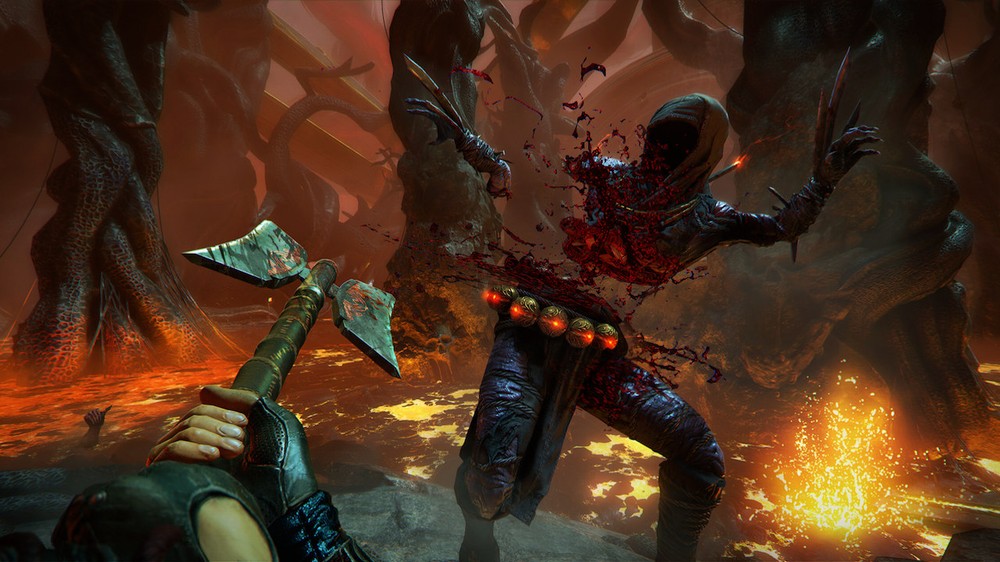 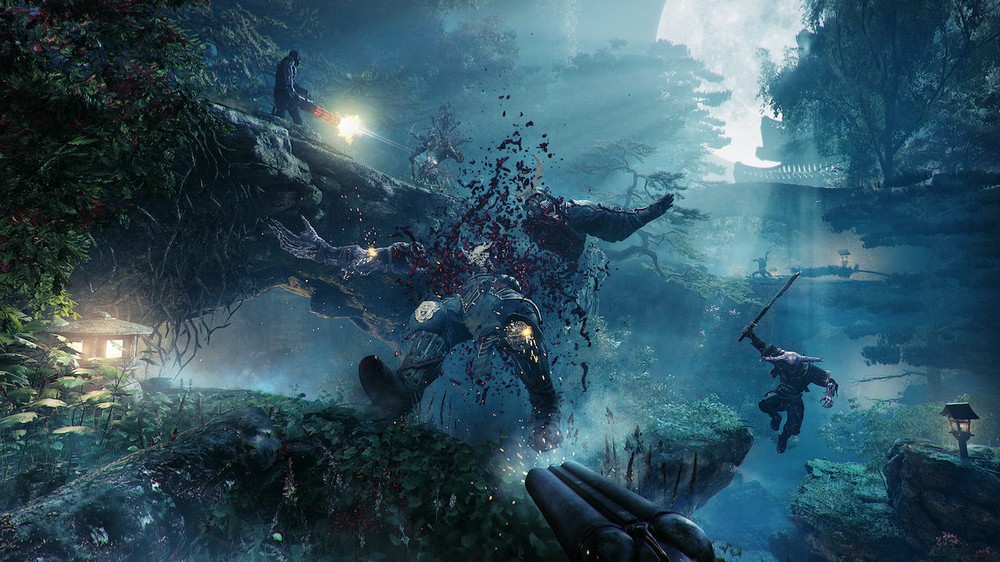 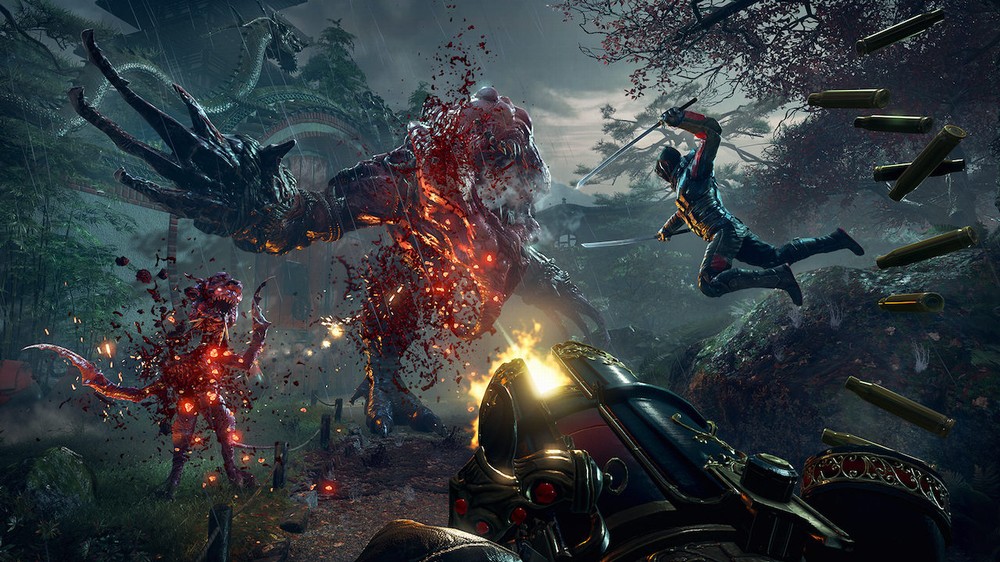 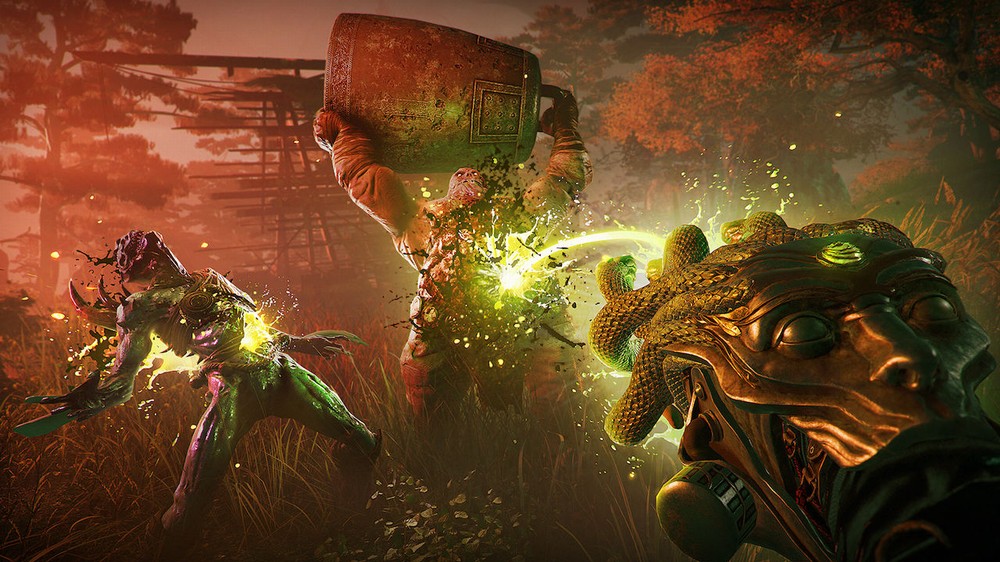 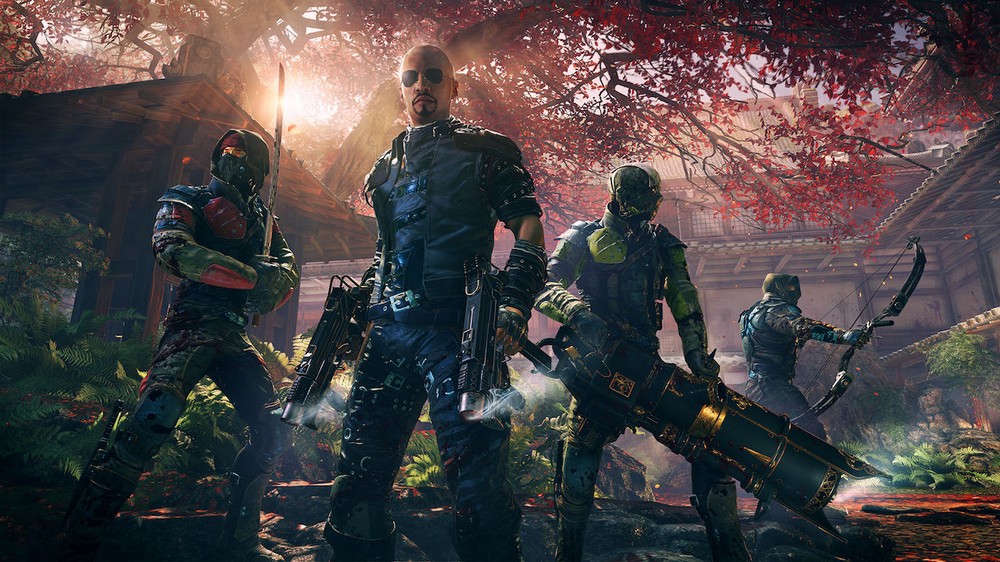