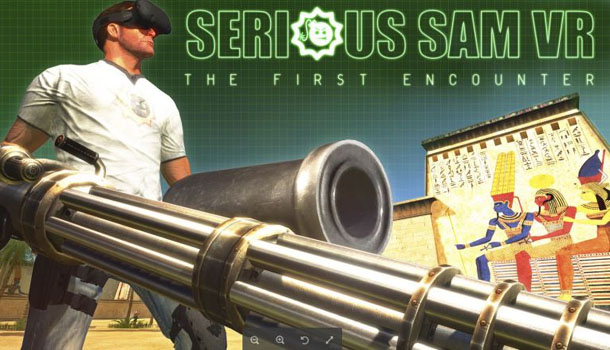 Serious proof that you can make a functional FPS in VR.

I recently reviewed Serious Sam VR: The Last Hope and in that review I mentioned my concerns that it might never leave Early Access since Croteam VR was juggling two Serious Sam titles, both in VR. Well, I finally got to play their other game, Serious Sam VR: The First Encounter, and frankly I may never go back to The Last Hope again.   I’m a serious fan of Sam and The First Encounter was one of my favorite shooters of all time, back when it was mostly a tech demo for my video card back in 2001. Over the years I have played every version of every sequel on every system but nothing could prepare me for the complete immersion of playing an actual FPS in VR. 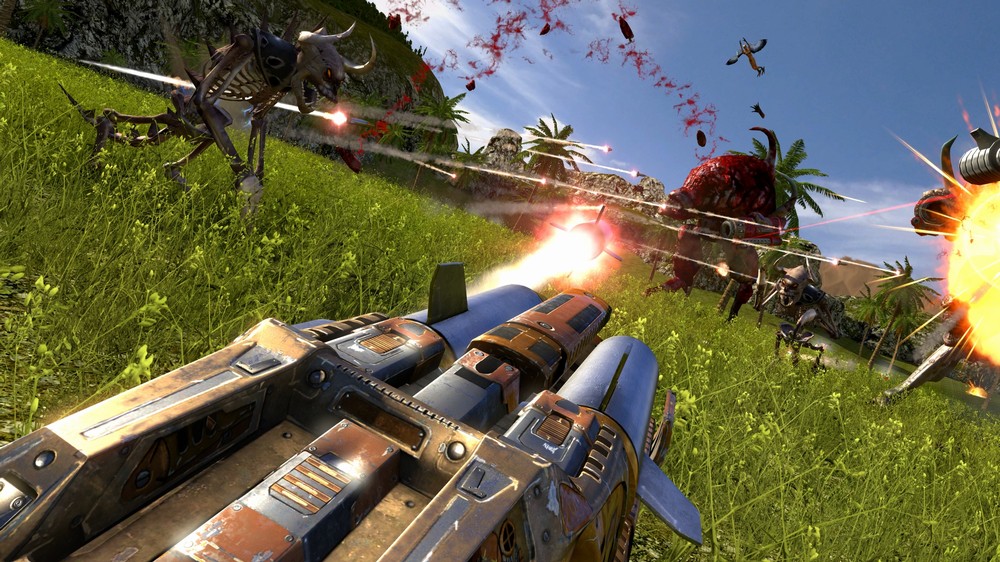 It took me awhile to figure out all the options, especially the movement tweaks, to make the game playable. I’m immune to VR sickness, so I turned everything on to smooth movement so I only needed to click the track pad to move on the Vive or use the stick to slide across the levels with the Oculus Touch. Duel wielding guns is epically awesome and you can toggle weapons with a simple button tap or press and hold to bring up a floating weapon wheel to choose any available gun or a super-sized chainsaw that makes Cloud’s sword look like a dagger. (bonus points if you get the reference)

Even in Early Access the VR version is an astonishingly functional port of the original game with all those surprise spawn points and secret doors and passages just where I remembered them.   The franchise has always been about going up against impossible odds with little focus on story. You just wander the levels until you hit some invisible trip wire that unleashes unholy amounts of enemies; kill them all, then rinse and repeat. 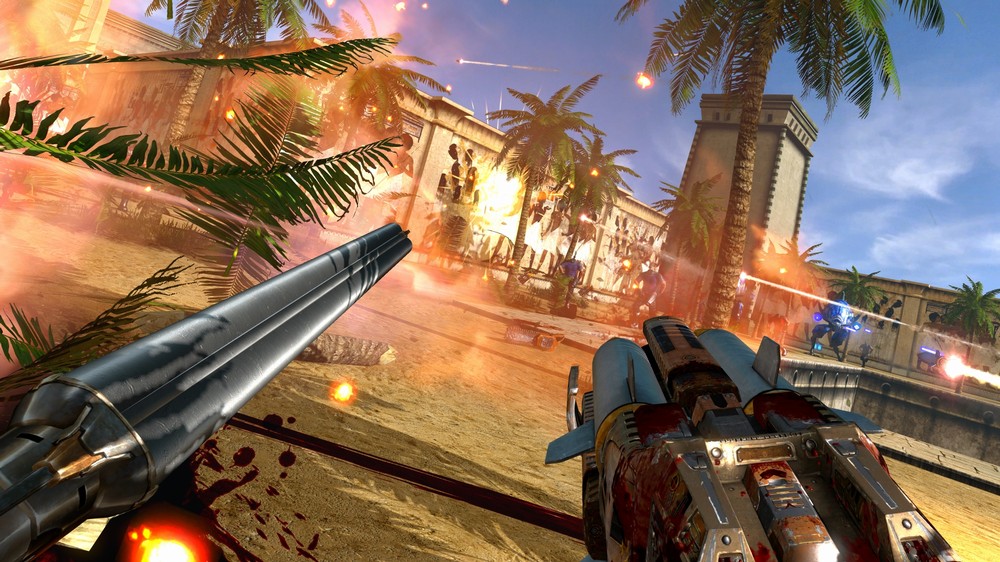 The setting is ancient Egpyt and there are 15 huge levels overflowing with evil spawn and 80+ secret areas loaded with treasure, power-ups, and 10 super-serious weapons that are a total blast to use. Duel wielding normally means you are firing both guns at the same target, but with hand controls you can be firing in two directions or shooting at distant targets with one gun while swinging a chainsaw with the other. There is so much more visceral action and variety to combat in VR.

I couldn’t believe how well the new Serious Engine 2017 held up to the demands of VR.   I was running at max settings and everything was flowing by nicely on my 908ti card. All of the sounds, music, and outrageous weapon sound effects are back and better than ever. The one and only downside to the entire experience was that for the first time in any VR game I’ve played I was using my body to “mouse-look” constantly and this resulted in me getting twirled up in my headset cord repeatedly. At the end of a multi-hour game session I would always have to uncoil my cord like those old spiral phone cables. 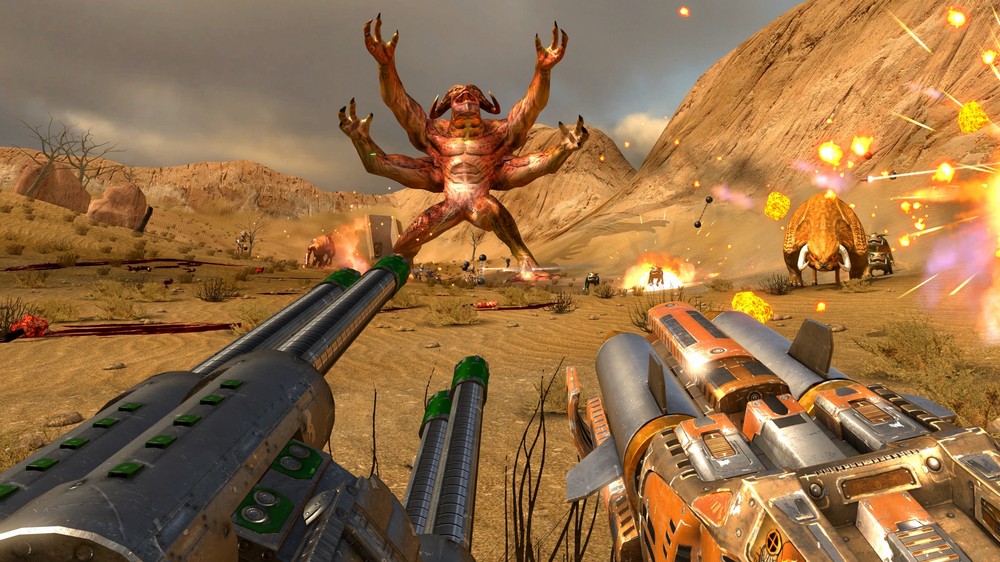 Along with the epic solo campaign (playable in five difficulty settings) there is a robust online multiplayer component for up to 16 players in a variety of versus and co-op modes. You can even play the campaign mode in co-op. Other modes include Beast Hunt, Survival, Deathmatch, Last Man Standing, and team variations of all those. Finally, CTF, Instant Kill, and My Burden round out the eclectic assortment of game modes.

This is a seriously awesome package loaded with content and even in Early Access has all the making of a AAA release title. I can only imagine what this game will look and play like when completely finished, but until that time, if you want to play one of the best FPS games ever made in a totally immersive new way then it’s time to take a serious look at Serious Sam VR: The First Encounter. You’ll never look at the genre the same way again. 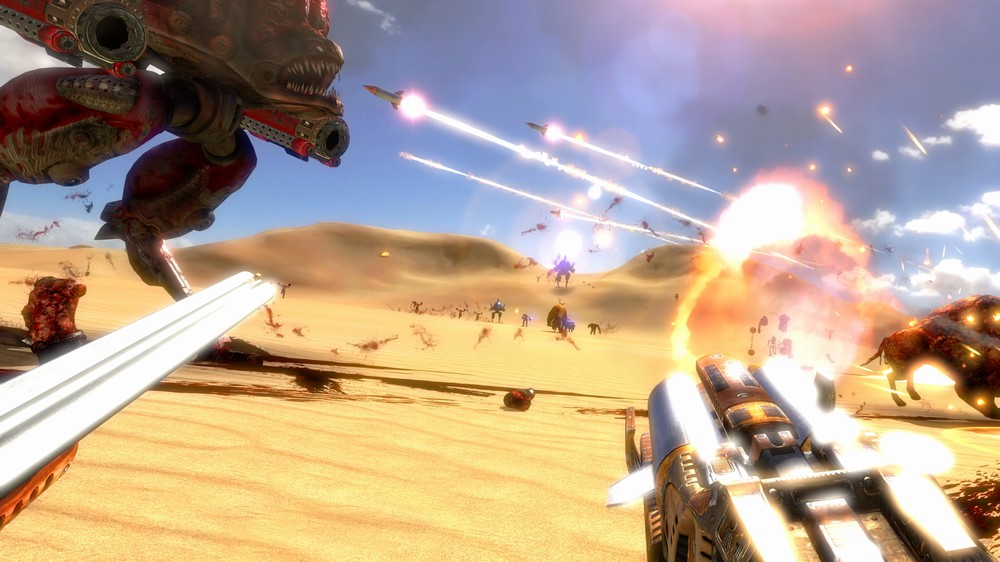 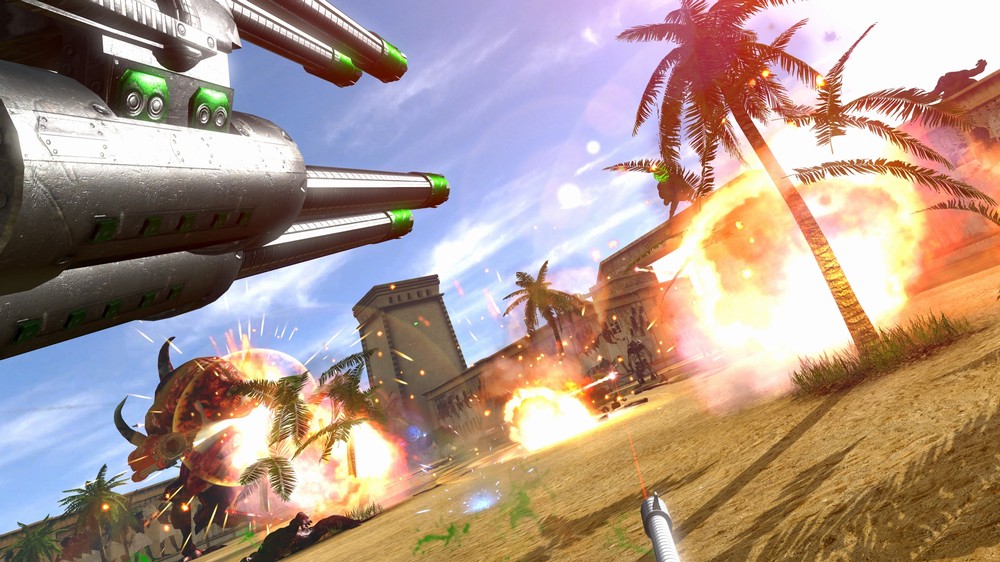 1
877
The Walking Dead: Saints & Sinners Review – Oculus Quest
2
749
CRASH BANDICOOT 4: IT’S ABOUT TIME IS AVAILABLE NOW
3
749
Frictional Games Shows Off First Gameplay Footage of Amnesia: Rebirth
4
749
Join the Galaxy’s Finest as Star Wars™: Squadrons Soars Into Homes Today
5
749
Worm Jazz Review – PC
6
748
Take to the Skies and Choose a Side in the New Trailer for Next Generation Air Com...
7
748
The Falconeer First-Look Preview – PC
8
748
Metamorphosis is 33% Off on Steam!
9
748
Werewolf: The Apocalypse – Heart of the Forest launches on October the 13th
10
748
Synth Riders Celebrates Anniversary with a Month Full of Treats and an Oculus Ques...
All Original Content on Game Chronicles is Copyright (c) 2002-2020
Sinjin Solves Walkthroughs Copyright (c) 1996-2020 by Mark Smith