- Trying to aim throwing stars
- Gets repetitive too soon

Samurai Sword VR can easily be summed up as “Fruit Ninja on rails”. If any part of that description appeals to you then this is the VR slasher for you. Designed as a pure arcade/leaderboard climbing experience, Samurai Sword VR starts you off in a dojo surrounded by various stage dioramas for both sword play and ninja throwing star levels and some combinations of both.

There is a nice variety in the level design mixing up bamboo forests and cherry blossom-lined roads with city canals and even an exciting castle level with a boss fight. Most of the levels are on rails, which slowly brings the targets toward you, and once in reach of your blade it is up to you to slice and dice them as many times as possible. Chutes of bamboo can be cut at the stem then sliced further in midair or you can work your way down from top to bottom. The trick is to get as many slices in as possible to build your combo while making sure not to miss other targets that might be scrolling by on the other side. 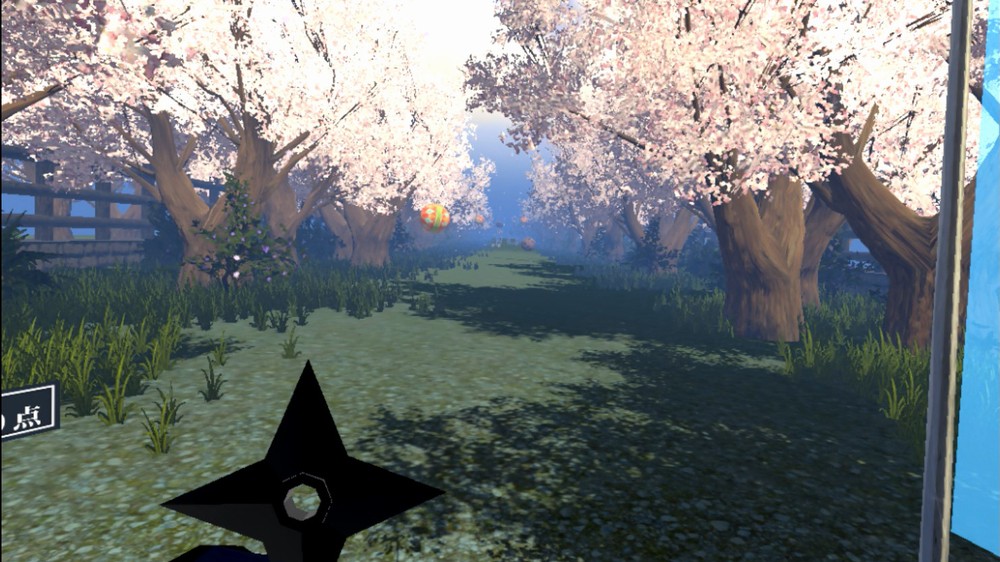 In addition to the obvious environmental destruction you also get other targets like leaping fish, incoming spears, fans, and sinister demonic masks and helmeted heads. One of my favorite targets are the bombs where you can slash the lit fuse, but if you hit the bomb it will explode. Additionally, you can also fling ninja stars at distant targets. I found the aiming to be highly unreliable for this weapon, but if you throw at a cluster of targets you are likely to hit something on accident. Just don’t expect a satisfying range game. There is a lot to hack and slash in this game so make sure to stretch your arm before playing.

Samurai Sword VR is a fairly repetitive game and sadly, there doesn’t seem to be any randomization on repeated play-throughs, which does make it possible to learn the patterns of targets and boost those leaderboard scores. Each level/stage/mission is only a couple of minutes, so it’s a great casual game to play without any long-term commitments.  The graphics are nice for a VR game with a simplistic elegance. Motion is fluid and there is no risk of VR sickness. I especially enjoyed the authentic Japanese soundtrack that totally immersed me in the themes of the game. 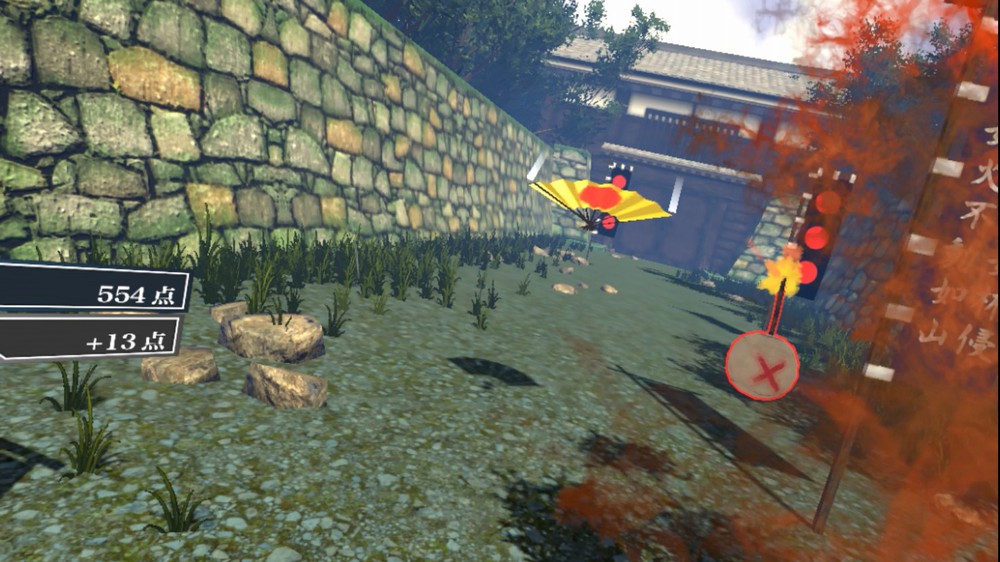 While essentially the same concept, Fruit Ninja VR costs $5 more than Samurai Sword VR and the latter gives you a lot more content and ways to experience it making it the clear winner for all your virtual Samurai slicing. Just make sure to wear your wrist strap and clear your play space or you might be adding a lamp to your list of non-virtual targets. 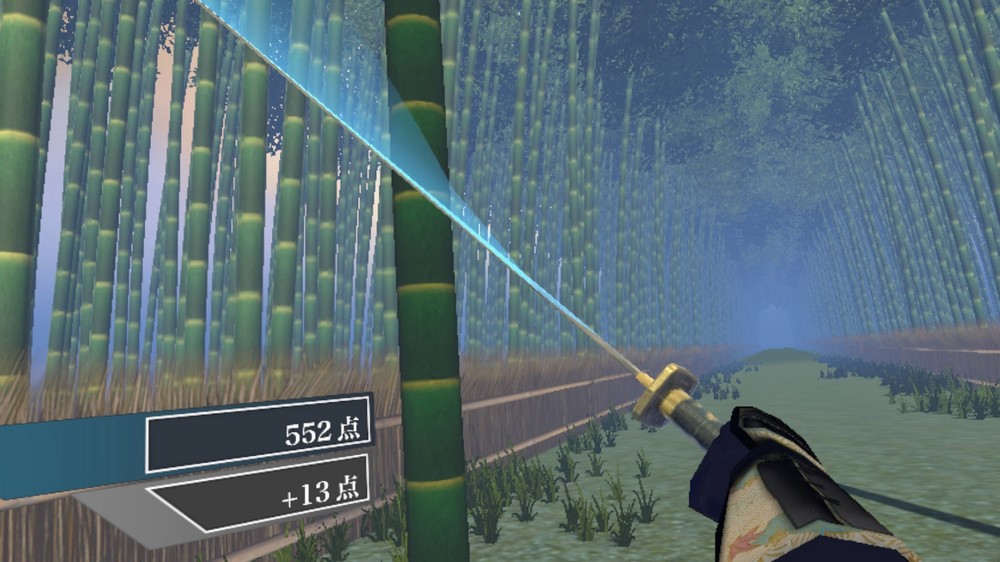 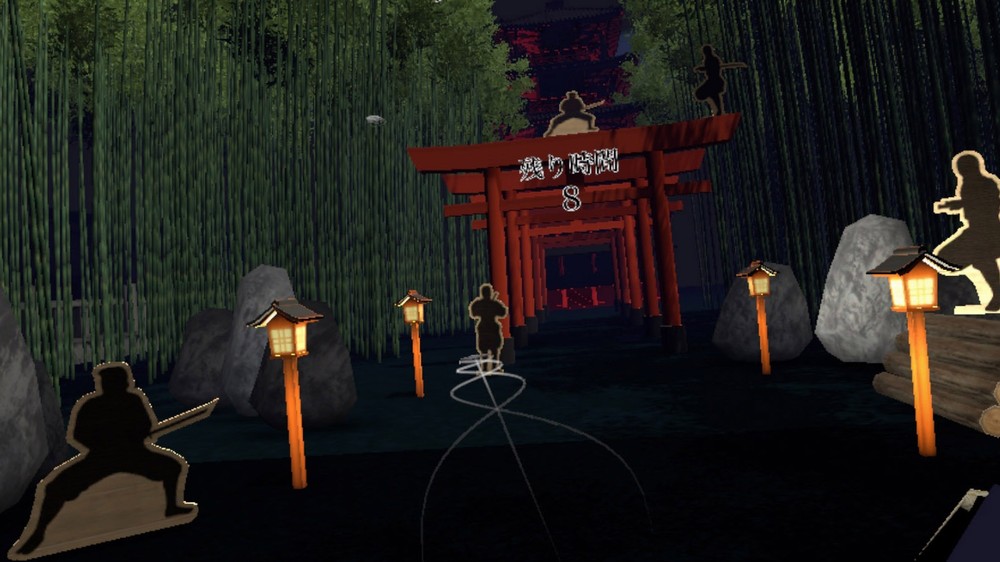 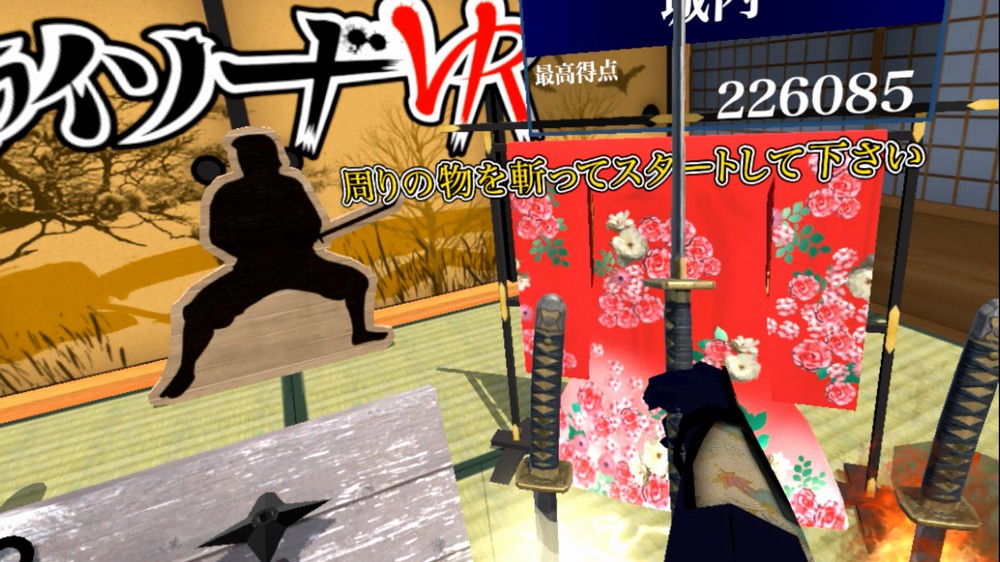 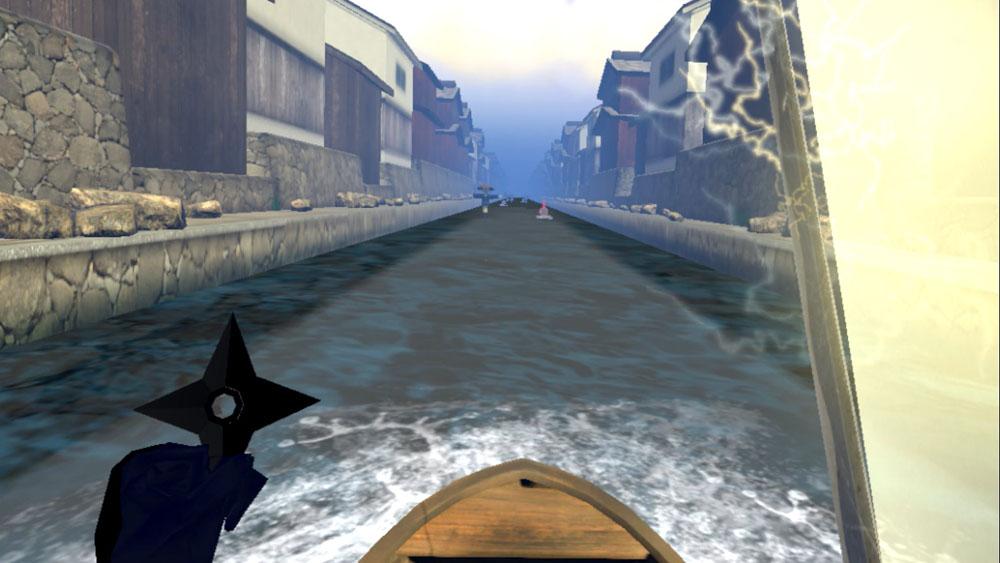 1
1138
The Walking Dead: Saints & Sinners Review – Oculus Quest
2
984
Metamorphosis is 33% Off on Steam!
3
984
Synth Riders Celebrates Anniversary with a Month Full of Treats and an Oculus Ques...
4
984
Worm Jazz Review – PC
5
983
The Falconeer First-Look Preview – PC
6
983
Werewolf: The Apocalypse – Heart of the Forest launches on October the 13th
7
983
Take to the Skies and Choose a Side in the New Trailer for Next Generation Air Com...
8
983
CRASH BANDICOOT 4: IT’S ABOUT TIME IS AVAILABLE NOW
9
983
Frictional Games Shows Off First Gameplay Footage of Amnesia: Rebirth
10
983
Join the Galaxy’s Finest as Star Wars™: Squadrons Soars Into Homes Today
All Original Content on Game Chronicles is Copyright (c) 2002-2020
Sinjin Solves Walkthroughs Copyright (c) 1996-2020 by Mark Smith