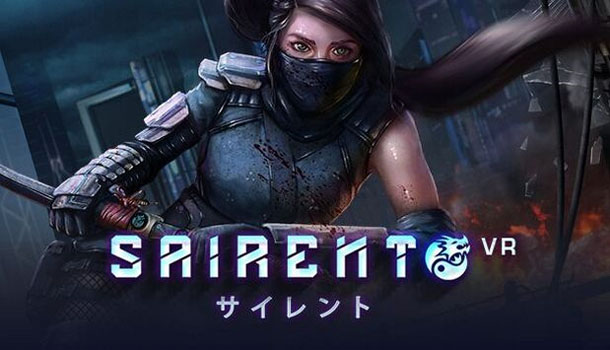 Great concept marred by limitions of the platform.

After playing Sairento VR on the PSVR I truly wish I had gotten to play it back in early 2018 when it launched on the Oculus Rift since most of my complaints with the game are aimed more at the limitations of the PSVR graphics and the PS Move controls than the actual game itself. Sairento VR is very ambitious with its own blend of sword plus guns combat combined with an almost parkour style of movement typically not experienced in VR. It’s a game that wants to make you feel like a total badass, much like SUPERHOT did.

Sairento VR is almost arcade-like in its design, offering up a linear structure of environments and subsequent battles in those environments that will require some crazy movement and spectacular action elements combining slow motion gunplay and wicked swordsmanship. You can equip up to four weapons and experimenting and learning the best combos for each mission is much of the fun and potential replayability of the game. Twin holsters at your waist and twin sheaths on your shoulders provide easy access to a myriad of ways to dispatch the flow of repetitive enemies that you’ll encounter as well as a few notable boss fights. There is also a fantastic tutorial to ease you into the unique movement and combat stylings you’ll need to master in the core game. 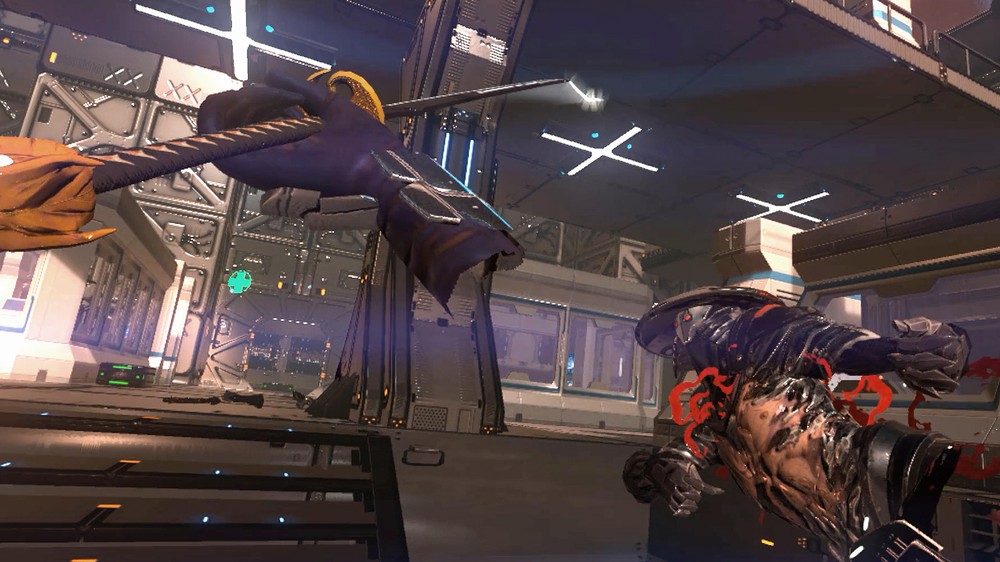 What initially looks to be a VR version of Time Crisis quickly reveals itself to be much more than a stationary cover-shooter. You might get away with that early on but you’ll quickly learn than standing still for more than a moment only presents a stationary target for your enemies, thus encouraging you to always keep moving. The level of movement and physicality in this game is quite unprecedented as is the manageable level of motion sickness thanks to numerous comfort settings. While the PS Move controllers are certainly not the best for this type of game the developers made good use of what they had to work with.

Sairento VR is rather short with the ten core missions taking 3-4 hours to complete, but there are plenty of reasons to revisit the game. The game is designed more around arena-based combat than a linear narrative, and to that end you will earn loot and XP as well as skill points that fuel an impressive skill tree of permanent boosts to personal stats and weapon-specific combat modifiers. Beyond the campaign are replayable missions and operations with variable difficulty and your own choice of weapons. There is also a 2v2 online component that can be quite fun if you can find enough people playing. Other online offerings include daily rewards and challenges to encourage repeat visits to your dojo. 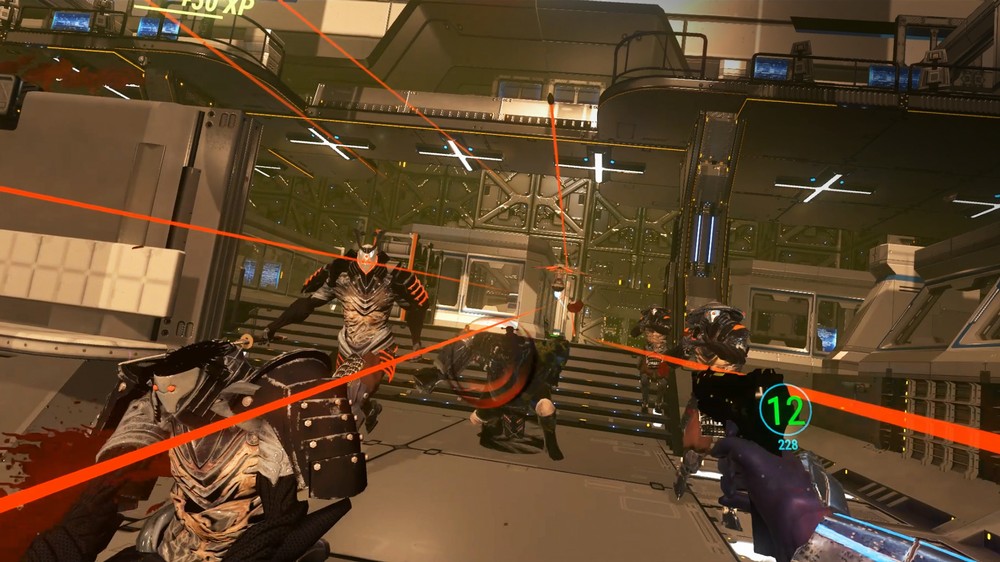 My only issues with the game were movement and visuals and those complaints slowly melted away the more I played. Level design had minimal details and textures and was frankly a bit boring when compared to other VR games in the same genre. There were jaggies, shimmering and a slight fuzziness to the image, especially in the more complicated designs. The PSVR is never going to play as well as the Rift until they get some sort of analog stick controller.   Rotating with button presses or doing a snap-180 is just too weird for me. Smooth rotation is too slow and stepped rotation is too jarring. I also don’t like teleport movement but somehow Sairento VR made it work and feel okay, but even so, hours into the game nothing felt natural. There was always this element of me thinking about my move before I did it, which created my own internalized version of lag.

Sairento VR is one of those rare games where you will get as much out of the game as you choose to put into it. Not only will you get better the more you play, you will also learn the best combinations and proper usage of the weapons at your disposal, plus with your ever-growing set of improved skills, the game will slowly adapt to your evolving skills as a player and a character. With its slick parkour action style and Matrix-like slow-motion elements, this might be as close to John Wick as any of us can come.

You can find Sairento VR available to purchase physically for PlayStation®VR at various North American retailers including Amazon, Best Buy, GameStop and Target for $39.99 as well as digitally on the PS Store. 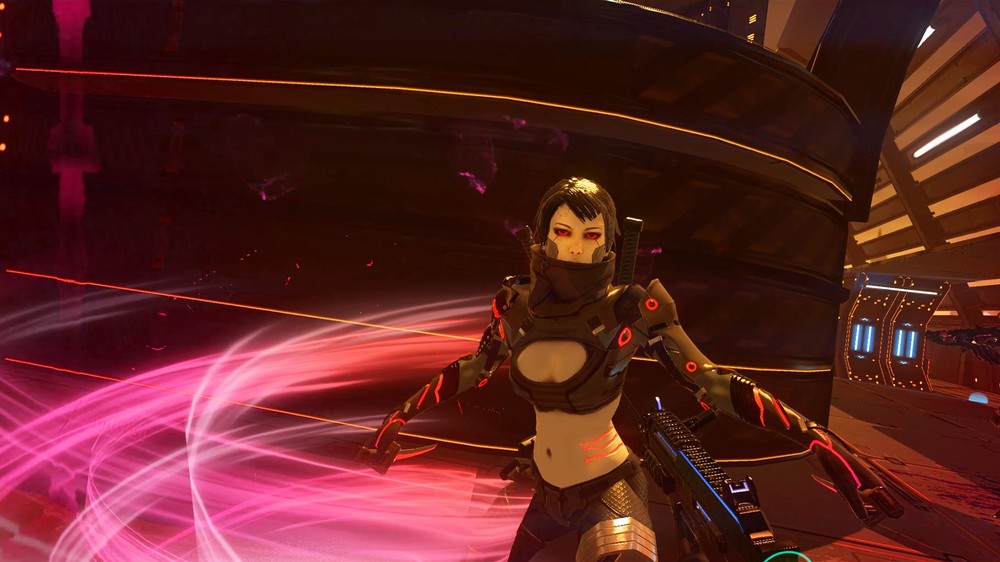 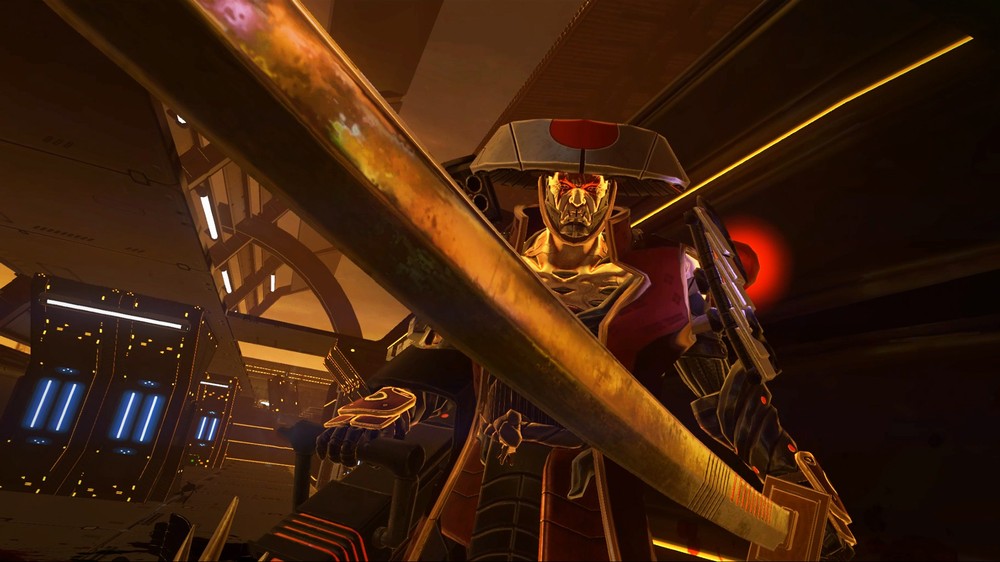 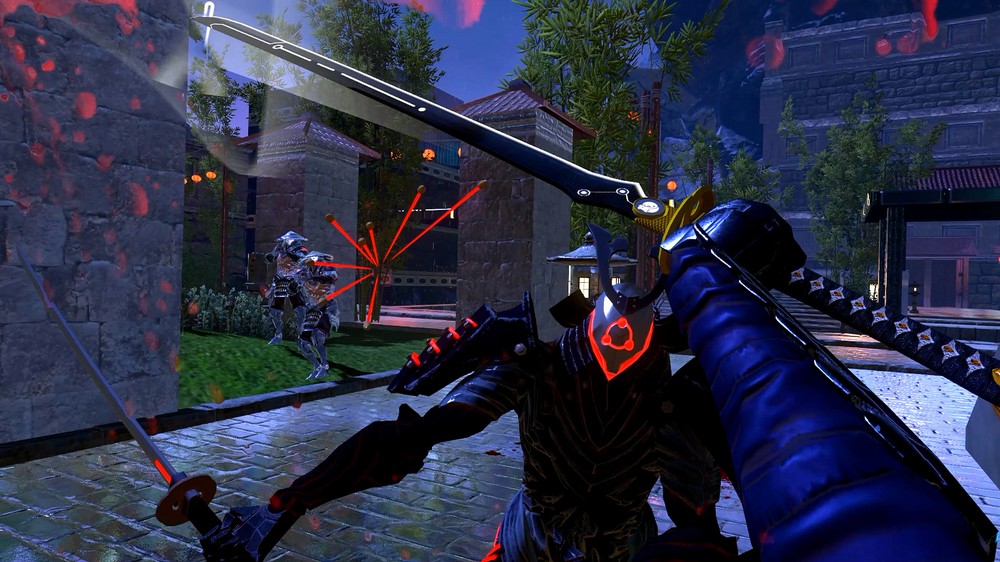 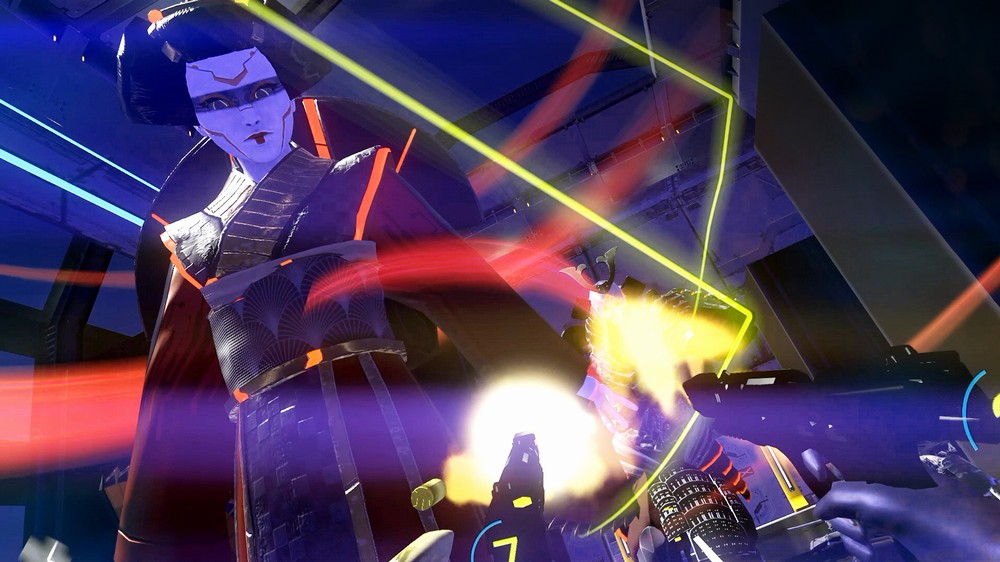