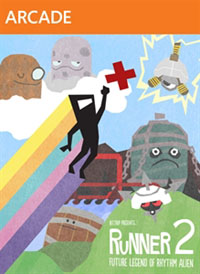 I’ll start off by admitting I never played the original Bit.Trip Runner. That’s not to say I was uninterested in the game when it came out, but I was content with simply admiring its pixelated art style and interesting rhythm based platforming from afar. With the release of Runner2, or Bit.Trip Presents: Runner2: Future Legend of Rhythm Alien if you want to call it by its proper name, I decided it was time to jump in and see what made this game unique, and why many of the Bit.Trip games have been successful and so well received.

At first, I was a little disappointed to find out Runner2 abandons the simplistic art style that has been a prominent part of the Bit.Trip games, but as it turns out the new polygonal models and backgrounds make the game look equally as fantastic as the previous game. However, it doesn’t completely forget where its artistic roots lie. There are twenty five bonus stages in the game that lead the player to alternate stages made to look less like the Atari era evoked in the original Bit.Trip Runner, and more like a version of many 16-bit games from the Super Nintendo and Genesis days. These levels provide a nice variation on the new art style, while being few enough to stay fresh after seeing couple dozen of them. But enough about the superficial parts of Runner2 that many who won’t play the game may notice, and onto the core of what actually makes the game.

In a world where the runner genre has become extremely popular in the smartphone games market, Runner2 does a great job of separating itself from the pack by proving that even simple games can have more depth and variety when on a proper console. It’s not that the smartphone games don’t have their place, but the controller in hand allows Runner2 to be a difficult, yet soothingly rhythmic game with a multitude of mechanics other than jumping and sliding. But before I get into that, let me explain what Runner2, and the runner genre in general, is to those who don’t know. 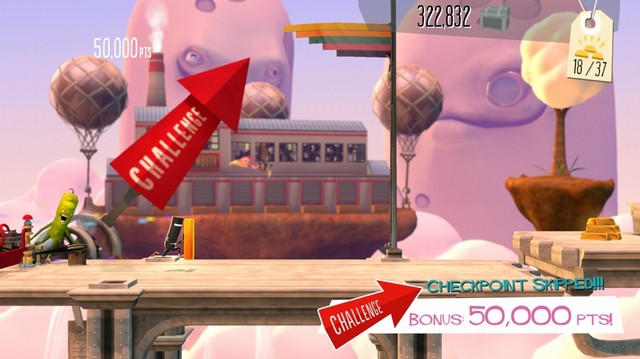 It is essentially a 2D platformer with one key difference from many others which is the lack of directional and speed control. The screen is constantly scrolling while Commander Video, the main character of the Runner2, runs at constant speed along with the scrolling. The only gameplay is to jump over, slide under, kick through, and block any obstacles that stand in the way of Commander Video and the end of the level. This may sound very simple and easy to play, but believe me, later levels are no easy task to complete.

They key to Runner2’s platforming and difficulty is the strict, fast paced timing to get through many obstacles in a row, especially if one is trying to acquire all the possible collectables within each level. At first, the only action available to the player jumping over obstacles, but the game quickly and effectively introduces its mechanics over the subsequent levels. With games like this which require precise timing while getting increasingly difficult in the later stages, I usually expect to hit a difficulty roadblock that frustrates me to the point of giving up, or at least stopping my pursuit of getting every collectable in a level. Games like Super Meat Boy or Trials are great examples of this. Eventually, those games get difficult to such a point where achieving the highest rank in every level is simply a goal I will give up on. Often times this happens sooner rather than later. Surprisingly, such a roadblock never came about in Runner2. In fact, I ended up getting perfects in all the levels I played by collecting all items in those levels. I consider this to be both bad and good. 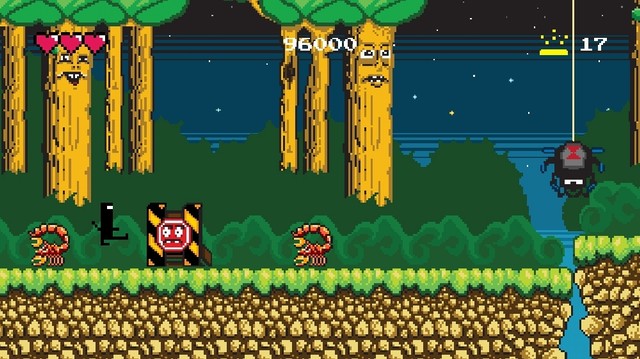 Instead of ramping up the difficulty over time to a point where many people would have a tough time completing the game, Runner2 has easy, normal, and hard difficulties that can be changed at any time. This allows a player like myself to see all the content in the game without encountering much of a challenge, whereas other games simply bake the difficulty into the progression rather than making it a menu option. Now, this is obviously a design decision, and the point of this review is not to debate which design decision is superior, but I will say there are positives and negatives to either option.

One of these consequences is that the game does not force the player to become better at the game in order to complete it, rather it makes the player replay content on a harder difficulty to find a challenge. This makes the game seem much shorter than it otherwise could be due to each level actually having three different designs, two of which a player may never see while still being able to complete the game. Runner2 isn’t an inexplicably short game, but I did find the difficulty implementation combined with the length of the game leaving me wondering what could have been had they chosen to ramp up the difficulty with more levels rather than alternate versions of the ones already there. 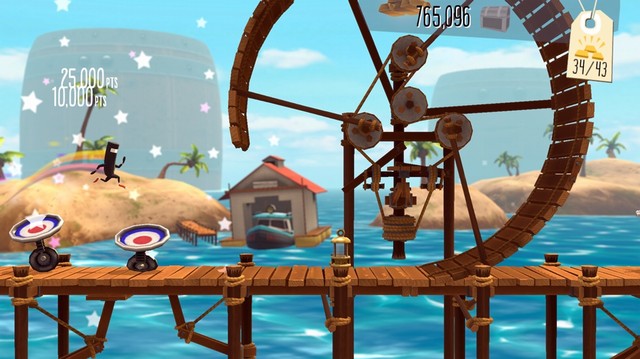 However, my complaints about the difficulty curve of Runner2 may actually be a outstanding accomplishment due in part to one of its most significant differentiators from other games in the genre, which is the integration of music into the gameplay. The constant speed at which the screen and the character move allows the music to be an integral part of the experience which ultimately helps lessen the difficulty of the later stages due to rhythmic nature of the levels. There is always a musical cue upon each avoidance of an obstacle that coexists with the background music already playing. This means a series of tightly timed button presses aren’t a random string of events nonchalantly thrown into the game, instead they are purposefully placed within the music to help the player subconsciously predict the precise moment a button should be pressed. In fact, I would go as far as to say that Runner2 is not really a platformer at all. It’s just a rhythm game that translates rhythmic button presses into a series of visually interesting events. Mute the game and one can still play it, but arguably the most important part of the experience has disappeared. I would consider muting Runner2 as comparable to muting a game like Guitar Hero. Even though both are playable without sound, the experience and enjoyment is lessened while the difficulty is significantly increased.

Runner2 is a delightful game visually, musically, and mechanically. Even though it may seem fast paced and intense at times, it’s actually surprisingly relaxing to play due to its emphasis on using music to direct its soothingly rhythmic gameplay. I found Runner2 to be a positive and enjoyable experience. There was never a moment of awe or epiphany, but I never found myself bored or frustrated while playing. There’s something to be said for an experience that requires one’s full, uninterrupted attention while not simultaneously inducing a large amount of stress on the body or mind. There’s no doubt Runner2 is worth a look, especially considering the modest price of $15. 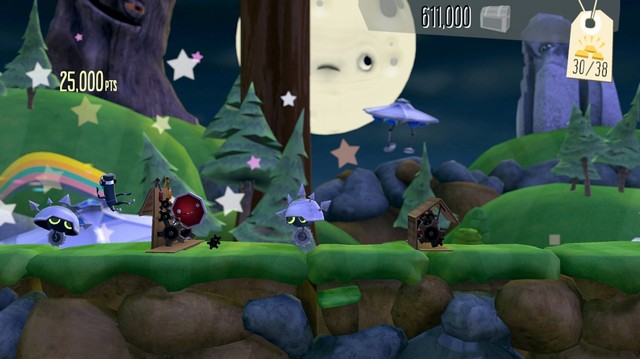 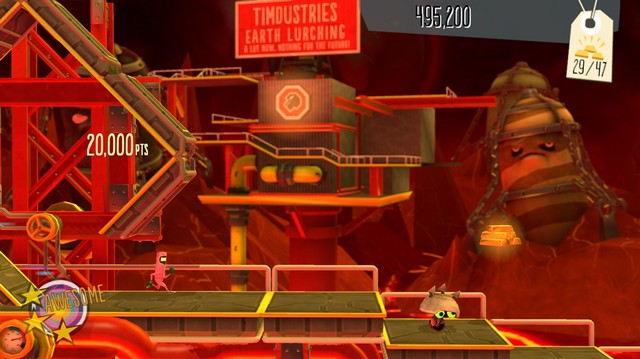 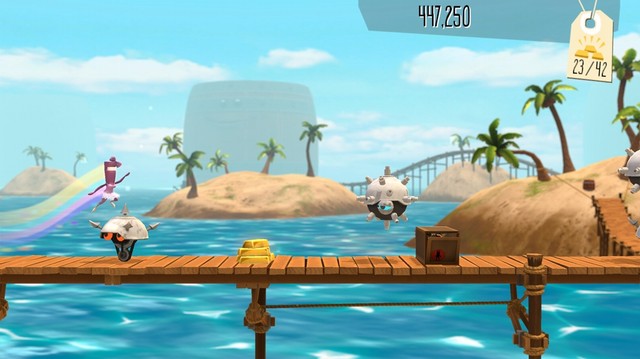 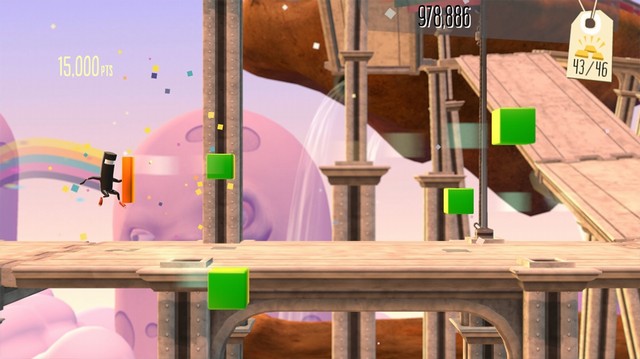 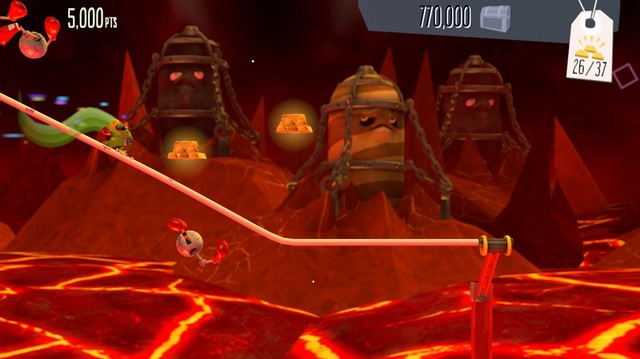 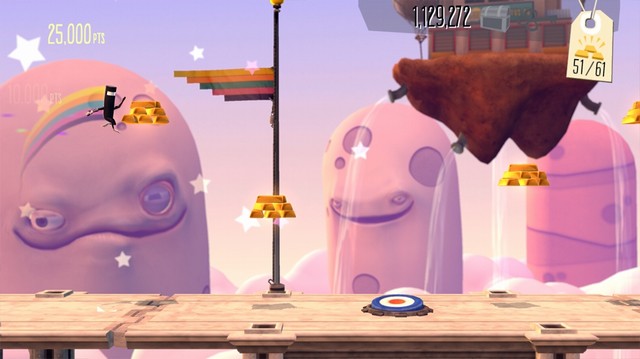