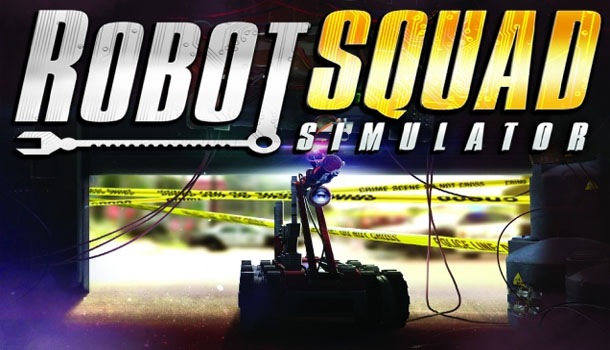 An enjoyable, varied and unique title that brings something different to the table.

When I first heard the title Robot Squad Simulator X, my brain immediately leapt to mech suits, gundams and giant monsters. However, I couldn’t have been further from the truth: Robot Squad Simulator X is in fact based around a team of much smaller machines tasked with missions such as bomb disposal, accident clean-ups and espionage. Developed by Bit Golem, Robot Squad Simulator X has previously been available on PC, but has now found its way to consoles, including Xbox One.

First impressions of Robot Squad Simulator X perhaps aren’t the best, as the visuals are a little ropey, environments are pretty barren, and the UI can best be described as basic. For your first couple of mission you’re given control of the EOD, which will be most familiar to players as a bomb-disposal robot, though it can perform a number of different tasks here. You’re given a couple of levels as a tutorial, learning how to control the robot and use its various appendages, and then you’re off on your first mission, which is to find a bomb in a city park and disarm it. Though the robot is pretty slow moving, and the actual disarming of the bomb requires a certain level of precision, there’s a constant sense of urgency, especially when missions have a time limit. 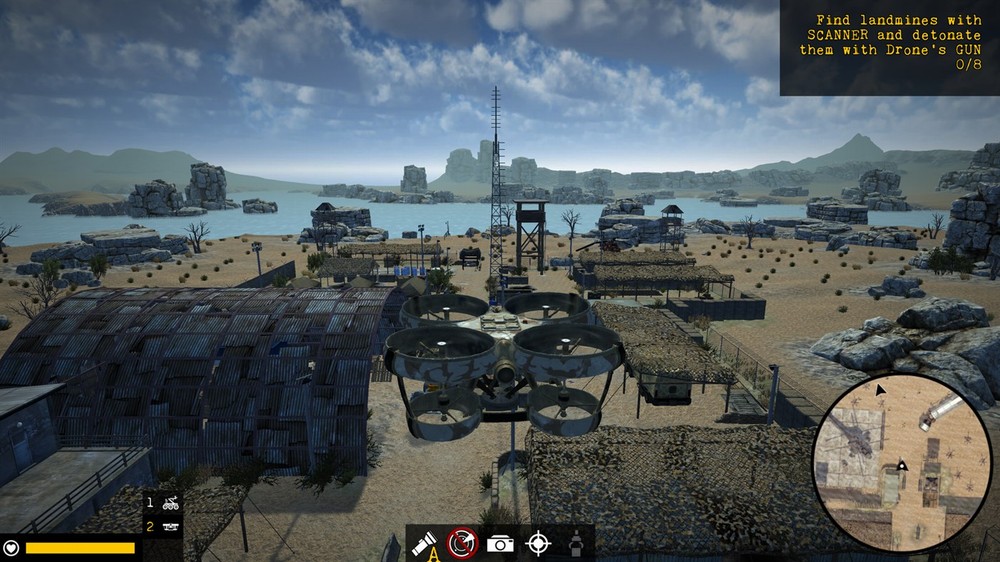 As you progress through the story (there is a limited overarching narrative) you’ll gain access to further robots, in the form of a spy (like an RC car), an aerial drone and a submersible. Each has their own uses, and as you get further into the game, you’ll start to play missions where you’re required to use more than one of your robots, switching back and forth and using one robot’s abilities to clear the path for your other robots to proceed, and so on. For me, these were some of the strongest areas of the game, as it allowed me to feel like I was making full use of my fleet, and actually allowed me to pretend that I was playing out a modern-day episode of Gerry Anderson’s Thunderbirds.

As you get introduced to each robot, you’ll play through a training mission in an attempt to become familiar with their controls, and these tutorial levels make up a number of the early stages in Robot Squad Simulator X’s 22-mission campaign. For a lower budget title, I was impressed with the range of environments that you visit throughout the game, including cities, mines, mountains and underwater caverns. Similarly, the range of tasks that you are asked to perform is quite wide, and though the later areas of the game will often see you returning to familiar regions, the jobs that you are asked to do there will likely be different from what you were doing first time around. This helps to keep the experience feeling fresh throughout, and I was always interested in seeing what the next mission would be asking me to do. 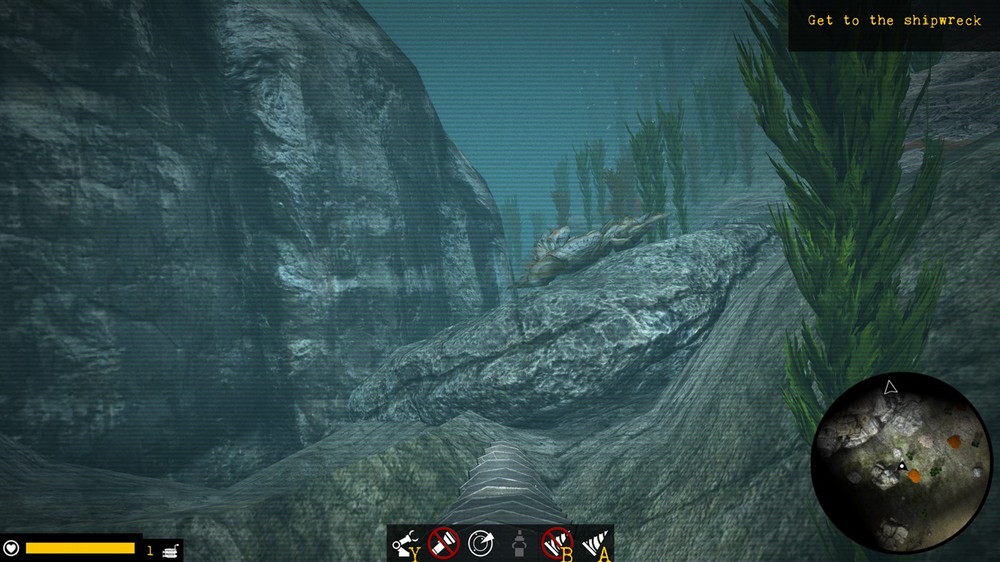 The earlier stages are usually quite short, and can be finished in about ten minutes, but as you get to the later levels, this time requirement can increase a fair deal, especially as more robots are introduced and more layers are added onto your missions. Some of the design choices in these later levels can be a little questionable though, both from a narrative, world-building standpoint and also due to the fact that some of the tasks can feel a little too much like unnecessary padding. I think that part of the reason that I struggled with finding motivation for some of these tasks was due to the lack of a compelling narrative, as aside from needing to finish a certain task to complete the level, I didn’t really have an interesting reason to do so.

I also found that the further I got into Robot Squad Simulator X, the more I started to recognize its weaknesses, two of which stand head and shoulders above any others. The first can perhaps be boiled down to a personal preference, but I always groaned internally when I saw that there was a submarine mission coming up. The submarine is incredibly awkward to control, particularly in tight spaces, and I could never finish these levels quickly enough and move onto whatever came next. 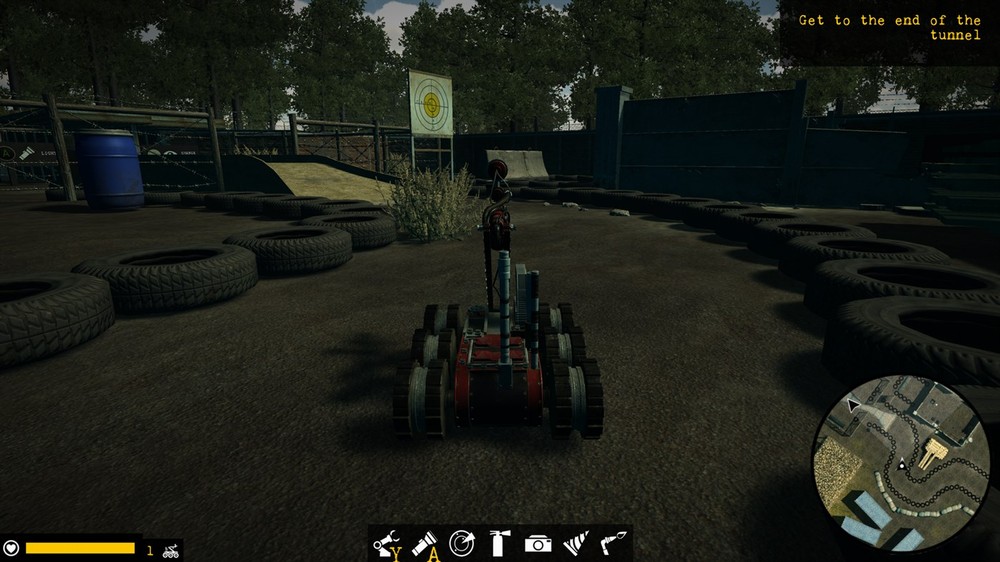 The other issue is more concerning and almost game-breaking, to the point where I genuinely questioned if I was even going to be able to proceed past a particular level. There are sections of the game that require you to turn a valve using your robot’s arm, and aside from these mechanics never being explained in the tutorial, actually turning the valve is a painfully slow process, taking up to a couple of minutes each time. Having seen gameplay videos of the PC version of Robot Squad Simulator, I know that this isn’t intended to be the case. There are missions in the game, particularly around the midpoint, that give the player a tight time limit and ask them to turn two valves in quick succession, and it was here that the problem reared its head to the point that I thought I couldn’t get past it. Somehow, after many attempts, I was able to complete the level, but considering the sheer drop-off in level completion achievements that have been unlocked past this point, I can imagine that a lot of peoples’ patience ran out at that point. Without a patch, this specific section is enough to almost cut off the second half of the game for a lot of players and should be a genuine concern for those looking to part with their money for Robot Squad Simulator X.

This is the kind of title that comes along as a bit of a surprise: little to no fanfare and a poor first impression, but an enjoyable and varied experience that validates your taking a chance on something outside of the typical blockbuster stable. There are issues that belie the game’s status as a lower budget development, such as graphical issues and strange programming decisions, but for the most part, Robot Squad Simulator X is an enjoyable, varied and unique title that brings something different to the table. It’s just a shame that the issue with the valves is serious enough to not only hamper your enjoyment of the game, but even limit your progress, potentially causing players to be unable to access the latter half of the game through no fault of their own. It’s difficult to recommend the game without that problem being fixed, but if/when it is, I would certainly say that Robot Squad Simulator X is worth picking up, if only to reward the developer for taking a chance on something different from the norm.