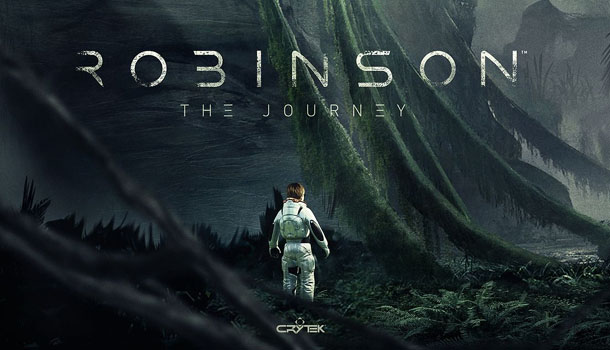 - Clearly set up for a sequel that will never come.

An fantastic adventure made even better with VR.

One of my surprise favorite games of 2016 has to be Robinson: The Journey, exclusive to the PSVR. I started the game just prior to the holidays then when I heard that it was going to be even better on the PS4 Pro I took a break and waited for the new system before finishing the adventure on the Pro. And yes; the difference was noticeable and quite remarkable. But regardless of which PS4 you end up playing it on, Robinson: The Journey is a fantastic adventure loaded with exciting action, drama, some clever puzzles, and even a bit of edutainment fit for the entire family.

I’m not sure if the developers were going for some sort of homage to Robinson Crusoe on Mars or maybe a Swiss Family Robinson callback, but you’ll be playing as a young boy named Robin, stranded on Tyson III after his colonization ship crashes into the planet. Thankfully, Robin has the companionship of HIGS, an AI drone from the mother ship, as well as his pet dinosaur, Laika. You start the adventure as any other day, waking up inside your escape pod. After a brief tutorial you can exit the ship and revel in the scenic vista before you. The crashed mothership dominates the horizon, but even more impressive is the functional camp you have built for yourself. 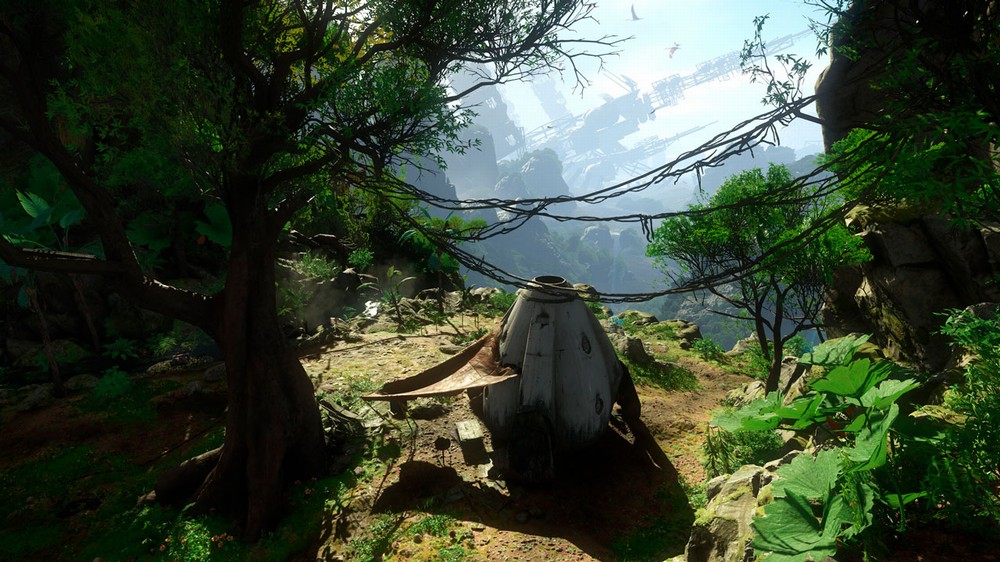 Robinson: The Journey is more life-sim than an adventure game. You are tasked with a variety of objectives that will trigger new objectives, often in other exciting locations. When the game starts off you need to conduct a few repairs to restore power to some critical systems. This leads to your reunion with Laika whereupon you can play games like hide and seek or teach a young T-Rex some old tricks. Your main quest will be revealed when you discover that other HIGS units might be scattered about the surrounding areas, upon which you set out to find them and uncover their secrets.

While the game could easily have been non-VR, the VR headset and 3D really immerses you in this fantastic alien planet that ends up being more BBC/Discovery Channel dino-documentary than a video game. I was instantly taken back to a game called Beyond Good and Evil where you had to photograph all the critters in the game. In Robinson, you have this DNA analyzer and there are dozens of lifeforms categorized by land, water and air that you must locate and scan their DNA in this fun little mini-game where you collect green DNA dots and avoid the red ones. Creatures can range in size from ginormous longnecks to a tiny firefly. What’s really cool and quite easy to overlook is that once you register a creature you can call it up in the database to see an amazing 3D model/diorama of that creature that you can rotate and examine. 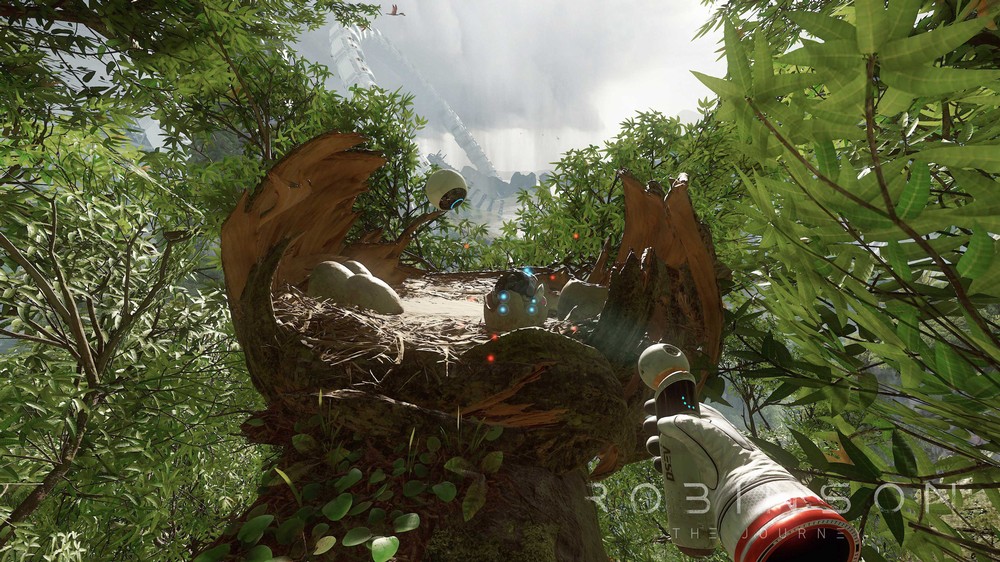 The game is played with the DualShock 4 even though the multipurpose tool you hold in your hand in the game looks suspiciously like a Move controller. You can switch your tool from DNA analyzer to an anti-grav beam that allows you to manipulate small and medium objects, or if you are in the blue bubble of a power-boost device you can move large heavier objects. Those are pretty much the only two gameplay devices of the game aside from rock climbing.

Crytek also made a game for the Oculus Rift called The Climb, and while that game is exclusive to that VR system they took the same mechanics and put them into Robinson: The Journey.   By getting close to any climbable surface or even something like a pole, vine, or cable, hand icons will appear and you can alternately use the L2 and R2 buttons to grip and release various handholds to scale cliffs and other climbable surfaces. It’s a mechanic that is repeated throughout the game, and even though it’s not terribly challenging it turns out to actually be quite fun. 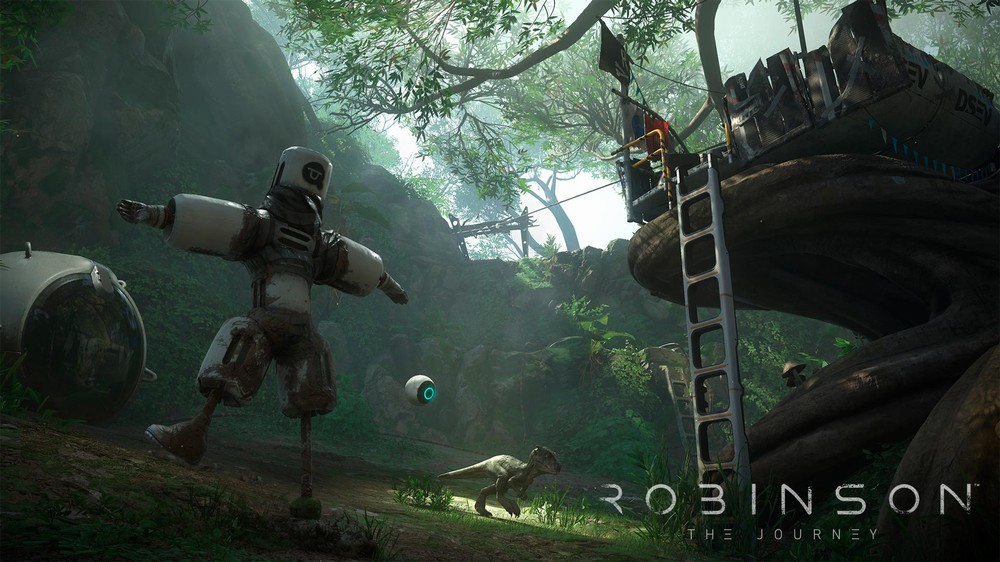 Another fun puzzle repeated throughout the game are these power distribution segments where you have a power source that must be redirected to multiple devices by toggling various power lines to get the proper amount of power to each device. The part I enjoyed most about these wasn’t the actual puzzle but rather how the camera pulled out to create this amazingly detailed 3D diorama of your surroundings. It was the ultimate 3D model that you could look in and around.

The game is laid out in a somewhat open fashion. At first you are supposed to go repair some stuff at your potato farm but you can just as easily choose to visit the jungle or the tar pits first. When that half of the map is completed the second half opens up and you can explore the zones leading to the end of the game. Finishing Robinson takes 5+ hours but finding all the collectibles and earning that coveted Platinum trophy will take a few more. There are ID bracelets to find, dozens of creatures, and all sorts of clever challenges and secret objectives like teaching Laika tricks, going fishing, shooting hoops, and even cleaning the toilet. Robinson: The Journey is not only a great adventure but a fun filled activity set that will delight young and old alike. 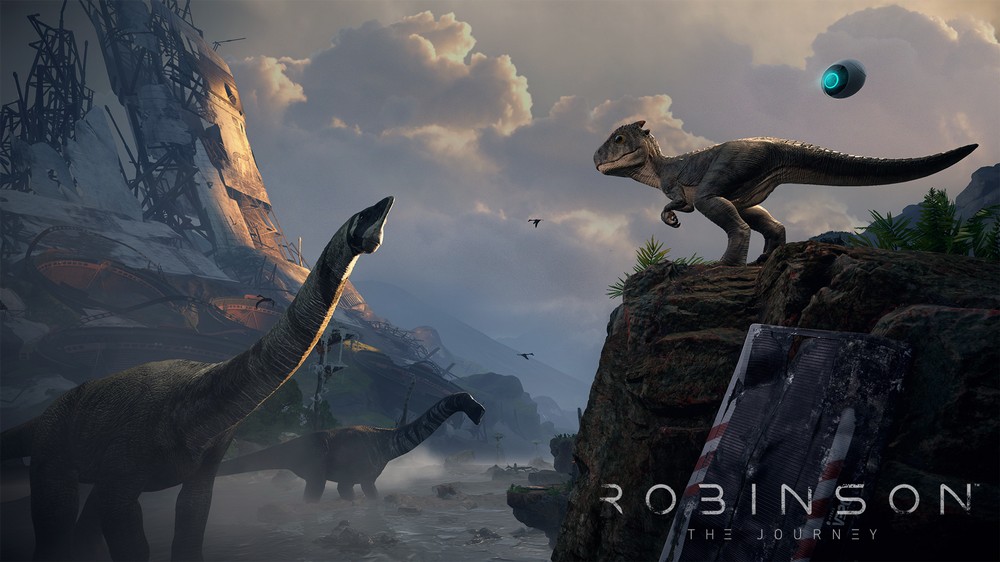 While it is possible to die in the game nothing is terribly violent and nothing is shown. The screen fades to black and the population counter rolls to zero whether you fall off a cliff or get eaten by a raptor. Most of the puzzles are also age appropriate (solvable) by those 12 and up, which is the recommended age for VR gamers.

It’s also worth noting that Robinson: The Journey run, looks, and play better on the PS4 Pro than it did on a standard PS4. The extra power opens up the FOV and everything is just a bit sharper and more in focus, especially in your peripheral vision. Even the FPS seems to get a bump. There are options for various control tweaks to help avoid motion sickness, but on the Pro I didn’t have to use any of them.

Robinson: The Journey is a magical adventure that mixes in all the best parts of games like Myst with all the child-like wonder and admiration of dinosaurs. Being able to wander around this lush tropical planet filled with all sorts of prehistoric creatures and wonderful scenery is like taking some futuristic tour at a museum exhibit, and Crytek has put just the right amount of questing and collectibles into the mix to keep you playing just a few more hours than you would otherwise. This is easily my favorite PSVR game to date, and a title that anyone with a PSVR should definitely play. 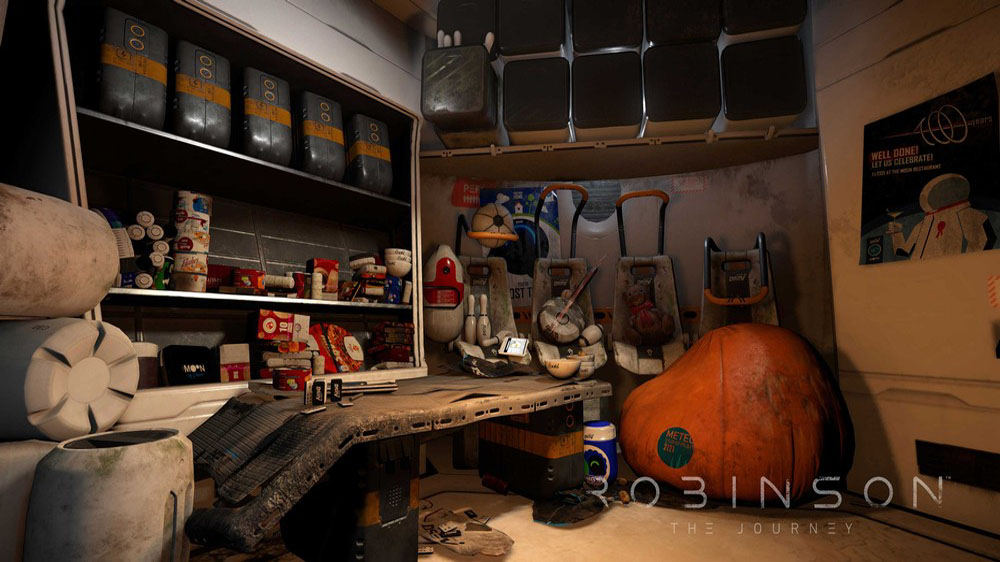 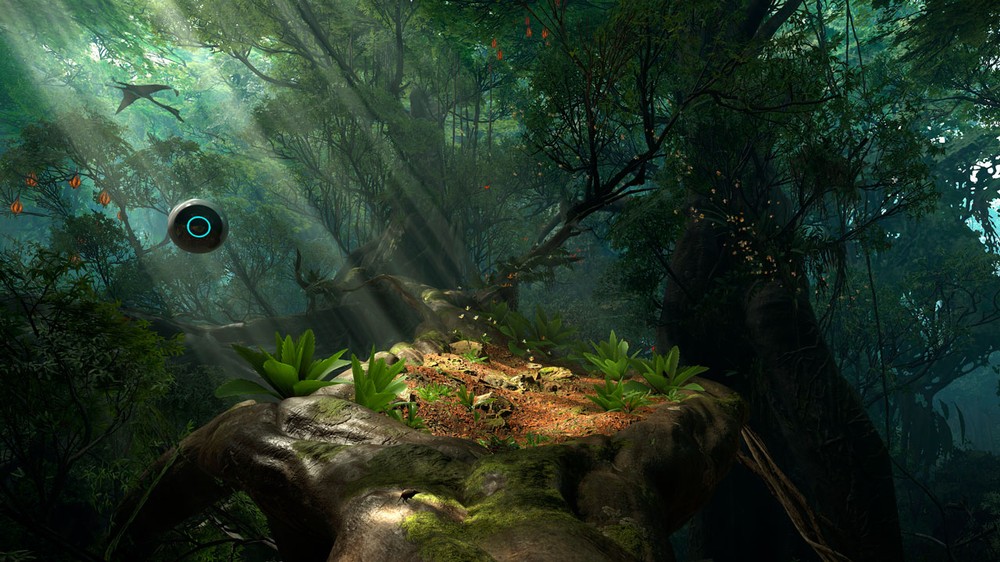 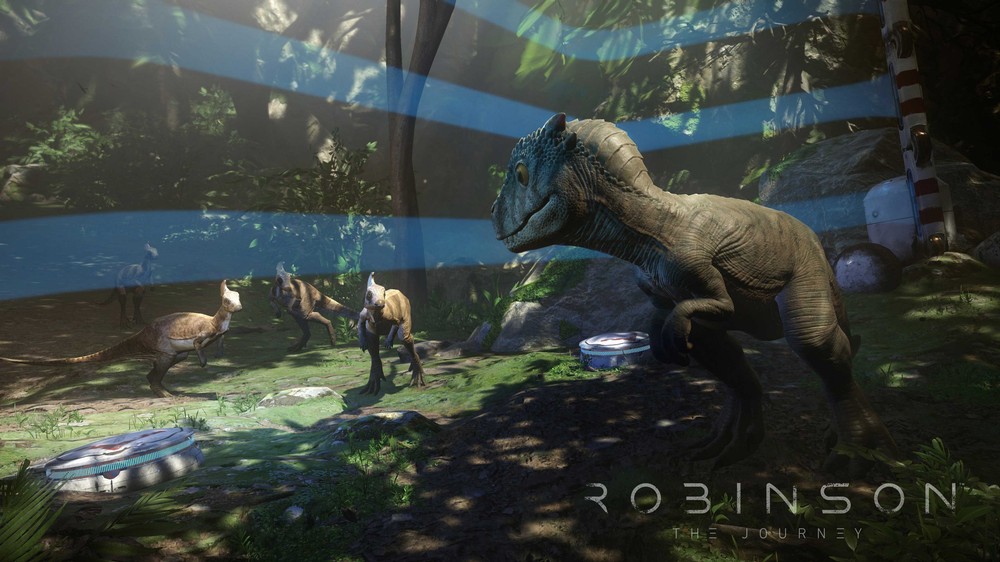 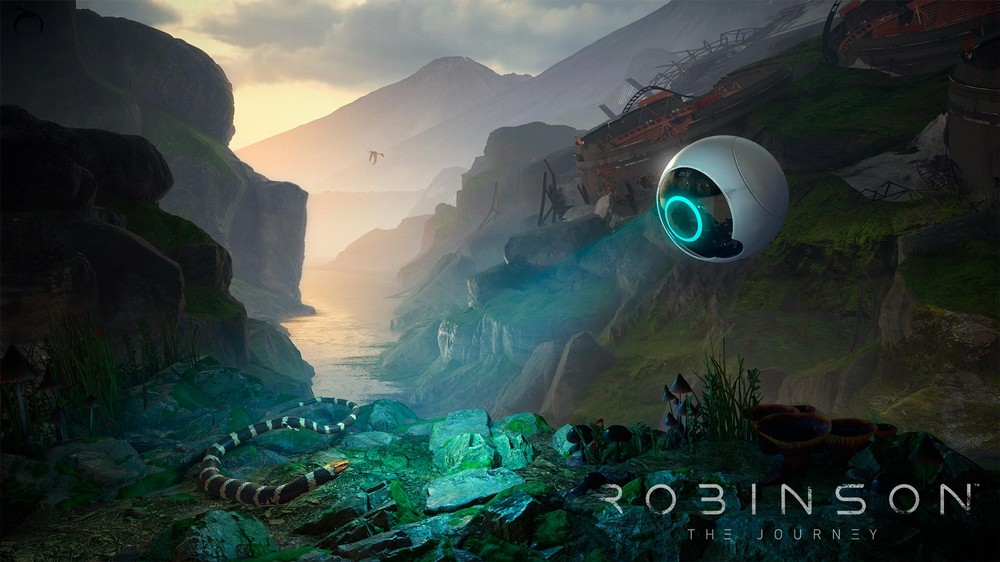 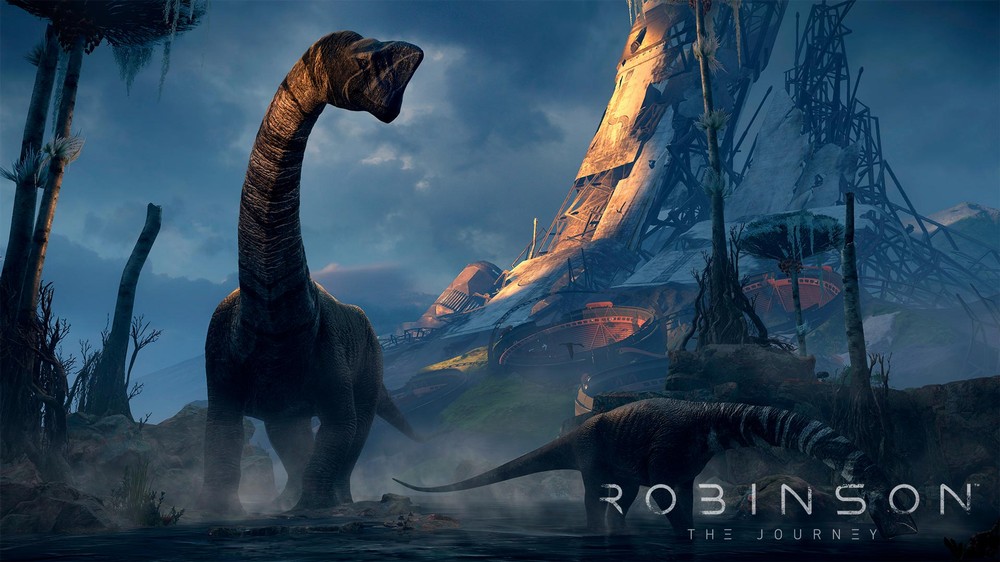 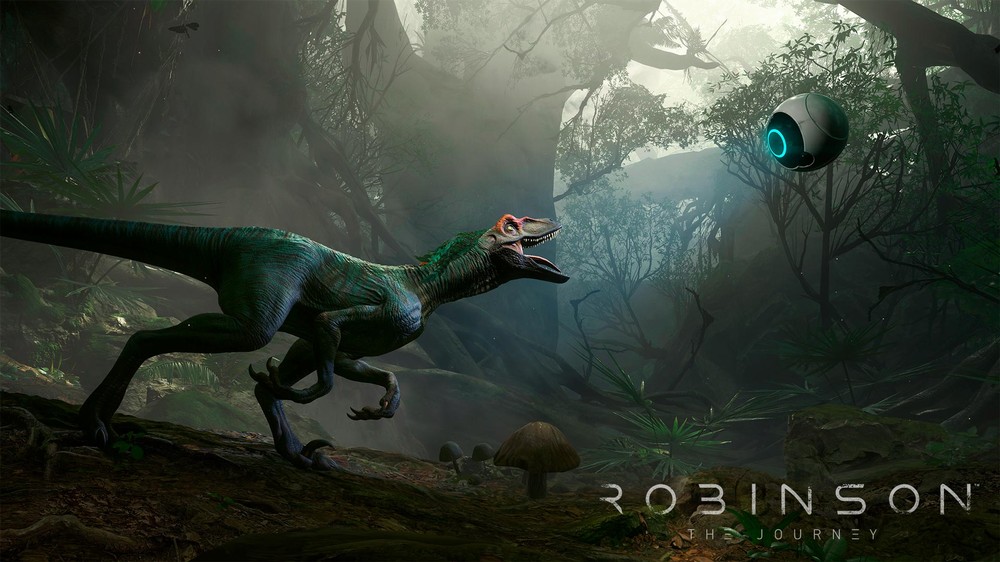 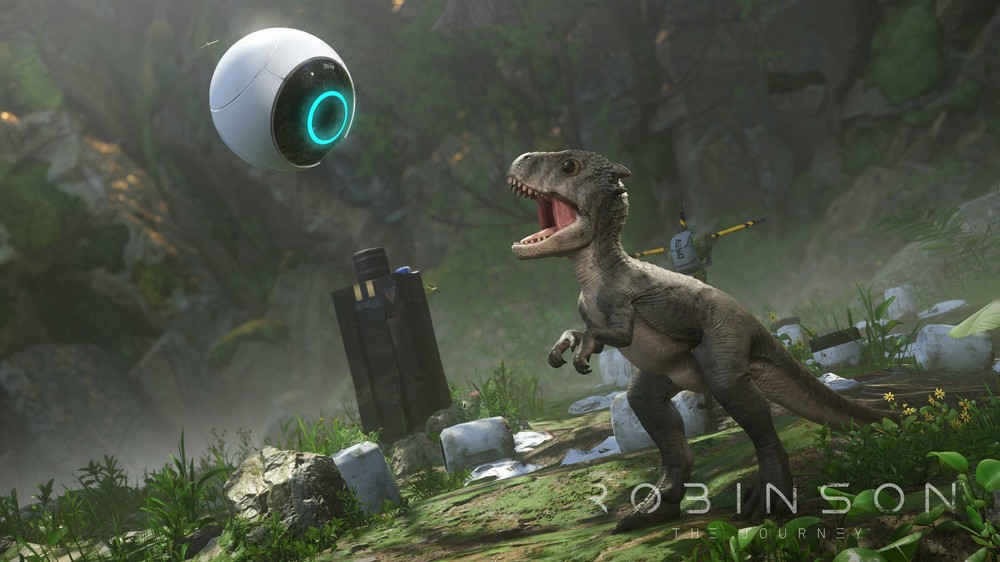