Upsetting, frustrating, and unforgiving, but ultimately rewarding for those who stick with it.

Developer Spry Fox is perhaps best known for their mobile puzzle game Triple Town. Playing as a hybrid of the match-genre, Triple Town saw players attempting to create the largest settlement possible, but turning low-level elements into more valuable items such as houses and castles. Road Not Taken is almost an evolution of Triple Town, as it blends the match three gameplay with a roguelike adventure, where the player’s character is tasked with rescuing lost children from a dangerous forest in the dead of winter.

Road Not Taken is broken down into fifteen different years (read: levels) of adventures, where children from a nearby village have entered a forest searching for berries, and have since become stranded. Playing as a ranger, who looks like a cross between the main character of Journey and the mage class from the Final Fantasy series, players are required to solves puzzles, often by combining a certain number of a particular element such as trees or animals, and return the lost children to their parents. 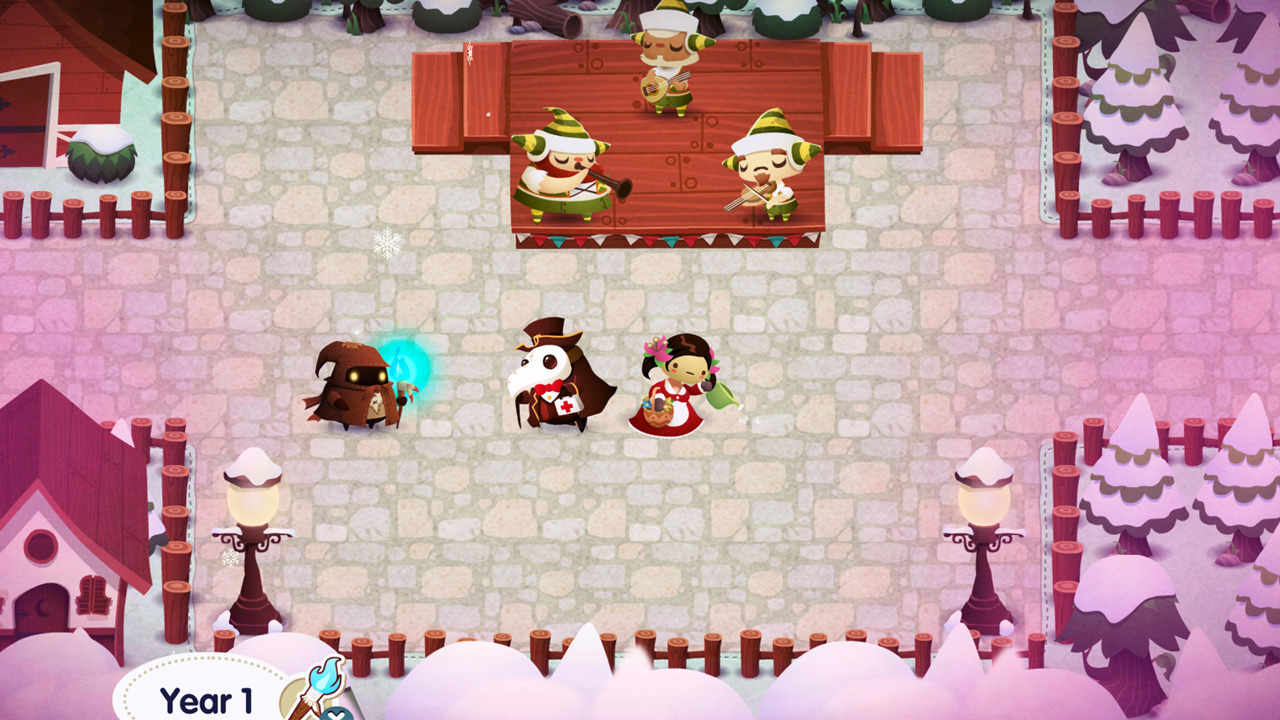 In between each level, the player returns to town, which resembles a scaled down version of an Animal Crossing town. There are usually four or five residents within the town, and they provide you with charms or secrets to help you on your travels. Charms are fairly self-explanatory, in that they provide buffs to your character, such as giving them more energy or causing more parents to appear within the forest, which gives you less distance to travel to rescue a child. Secrets are more useful, as they inform you on which elements can combine to produce a new item. For example, two pieces of wood can be combined to create a fire, which removes the penalty for carrying items, and three bears can be combined to create a bear statue, an item that is often needed to clear gates.

Within the forest itself, which is where players will spend most of their time, the game is broken down into a number of screens, the number of which increases the further you get into the game. Each of these screens plays out like a single game of Triple Town, with a number of different items scattered throughout. The player’s ranger can pick up and throw items to combine them, or they can carry them, at a cost to their energy. Once the player’s energy reaches zero, the game is over, and you need to start again from Year One, although you do retain your knowledge of the forests in the form of the secrets that you’ve discovered. Once you’ve rescued the prescribed number of children from the forest, you get teleported back to the start of the area, ready to return to town and stock up for your next adventure. 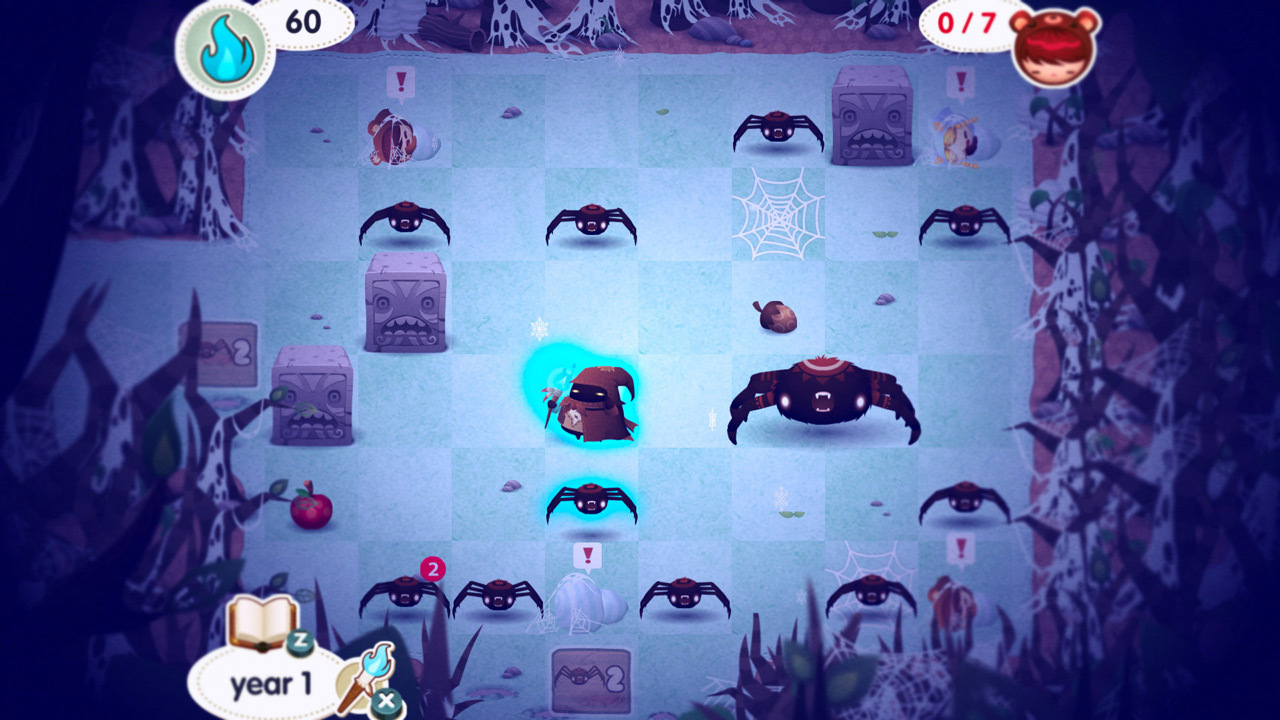 Visually, Road Not Taken’s adorable graphics do a great job of hiding its surprisingly unforgiving difficulty. Some elements present here are borrowed from Triple Town, such as the bears, and the general aesthetic looks very similar to Spry Fox’s mobile game. The visuals are clean though, and it’s always easy to see what’s happening on screen. The graphics are complimented by a soundtrack that doesn’t intrude too much on the game itself, but instead compliments the feelings of peril, danger and loneliness that are present within the forest.

Like any roguelike, Road Not Taken straddles the line between challenging and unfair, but occasionally falls a little too strongly on the side of the latter. The game definitely gets easier as you begin to understand the mechanics behind combining items and working out the most effective way of defeating enemies, but it still feels occasionally as if there are simply too many different mechanics to be aware of on a certain map, and the fact that the difficulty ramps up almost immediately after the first couple of levels means that it’s quite rare for a single run to make it past the fifth or sixth level.

Though a seemingly simple game at first glance, Road Not Taken isn’t afraid to upset the player, and it definitely isn’t an experience for those who aren’t willing to experiment and have their experiments fail on them time and time again until they get it right. Spry Fox have done a great job of nailing what I imagine it feels like to be lost deep in the woods in the middle of winter, learning your way to survival, but I can’t help but feel that Road Not Taken could well be a little too ruthless for some. If you’ve got the patience to struggle through until you get your bearings, Road Not Taken is capable of providing a sense of achievement obtainable only from the most frustrating of games, but if you’re a gamer used to the instant gratification of most modern titles, you might find this experience a little too brutal. 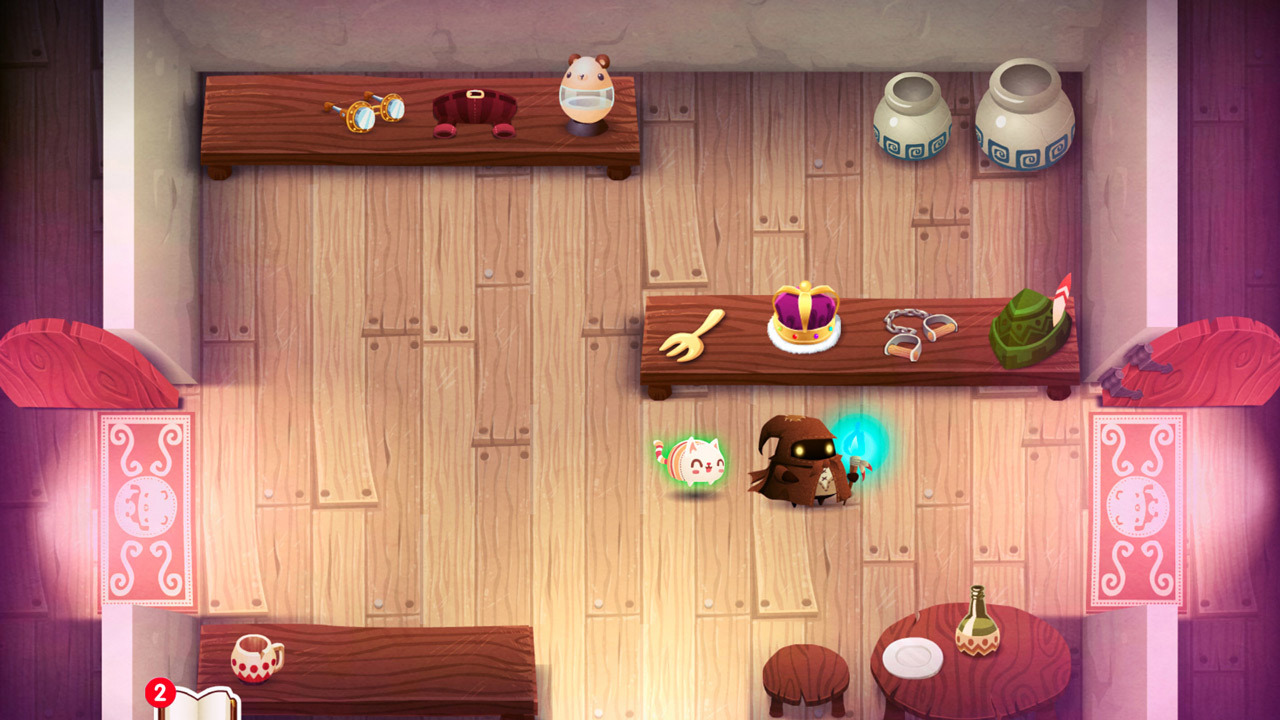 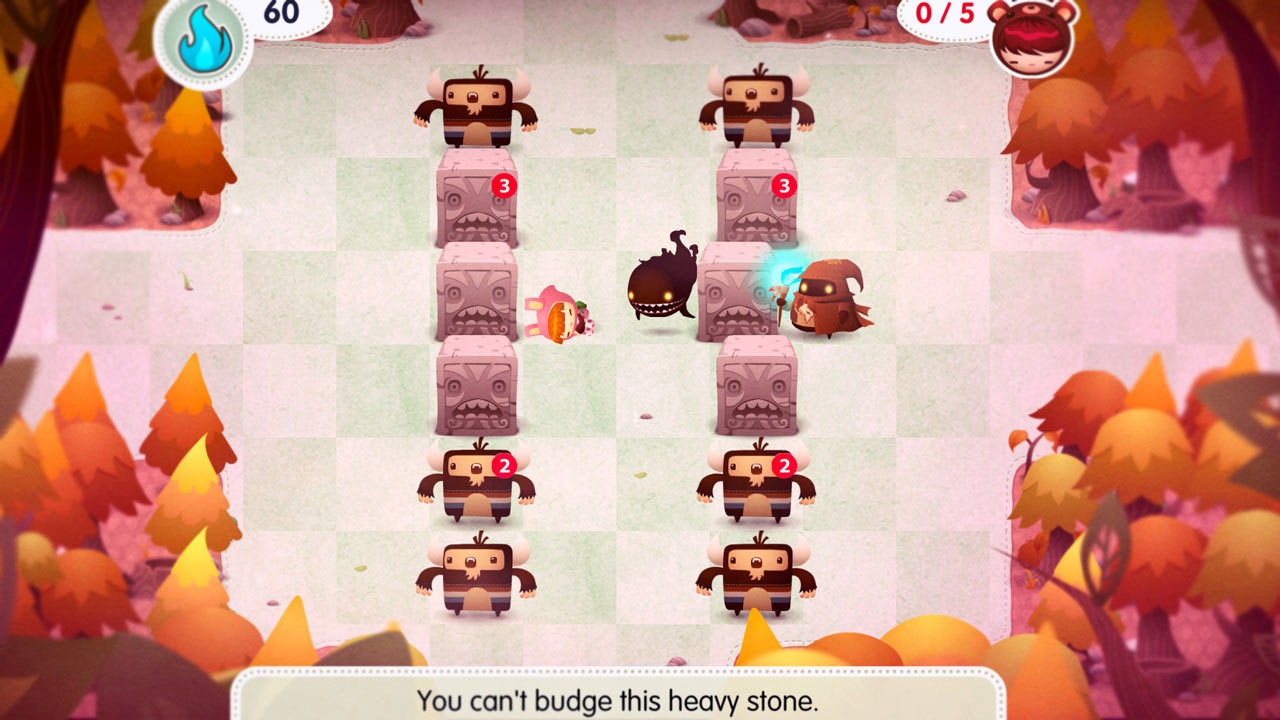 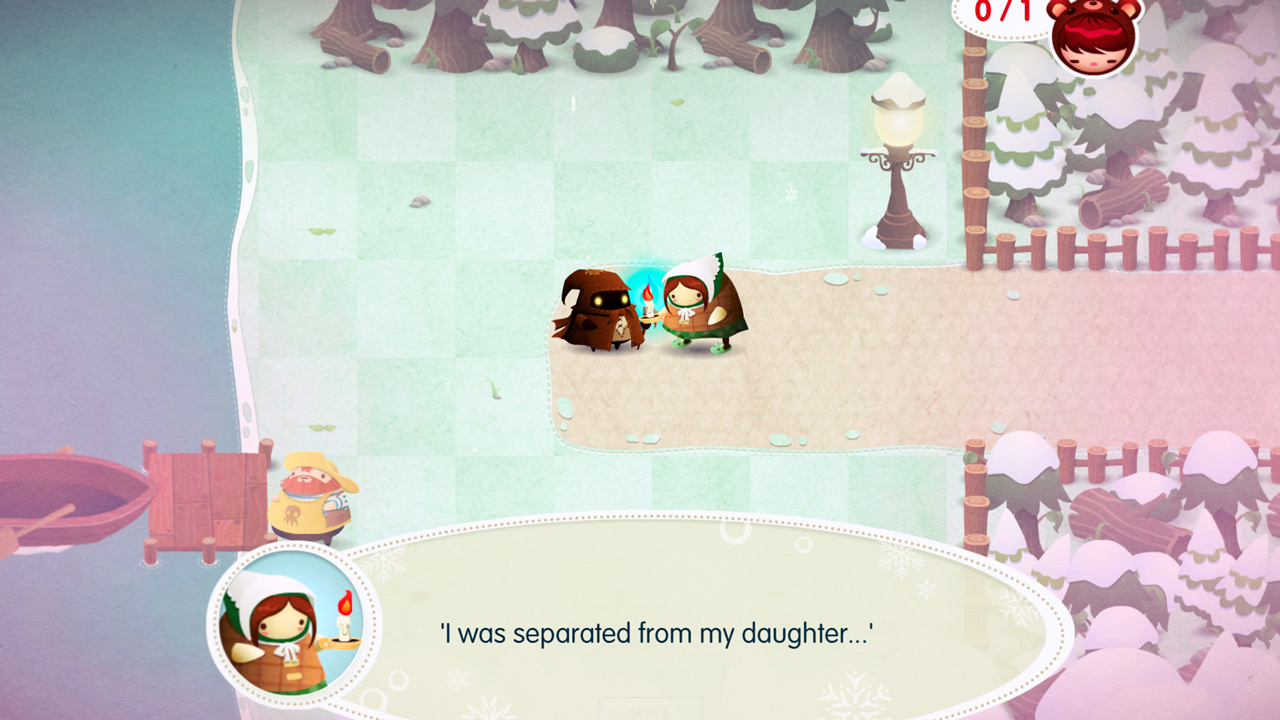 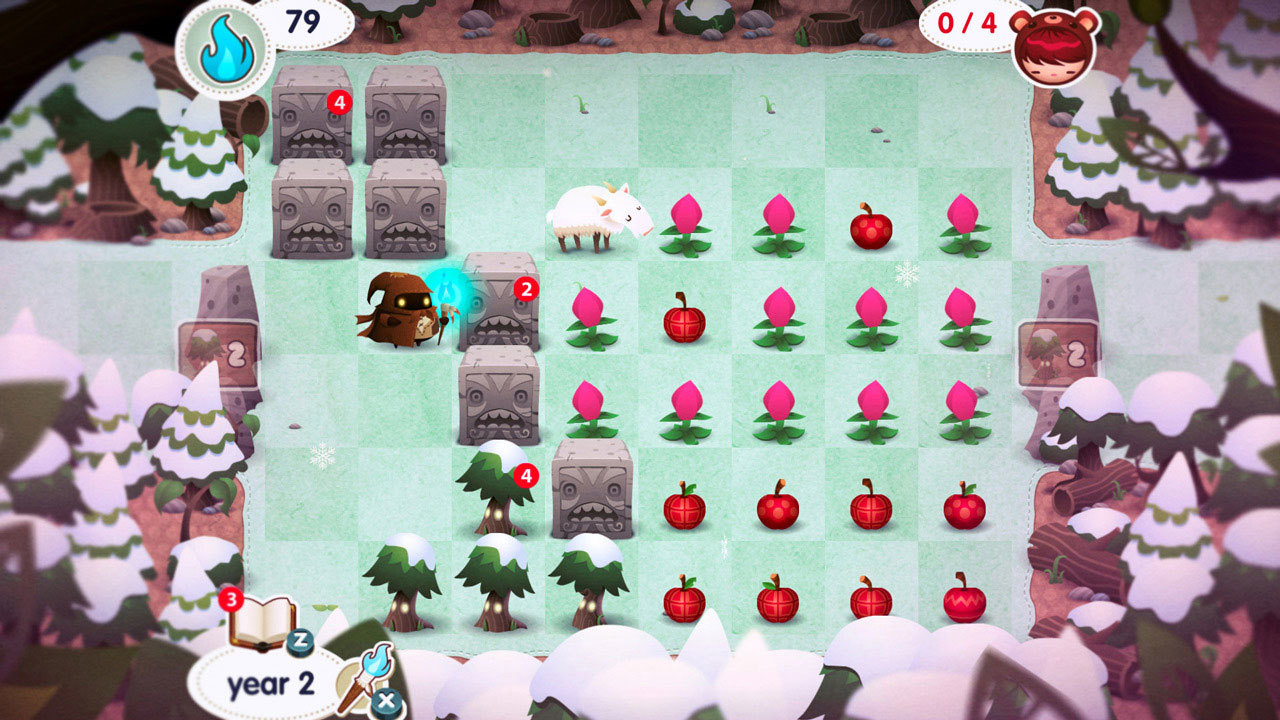 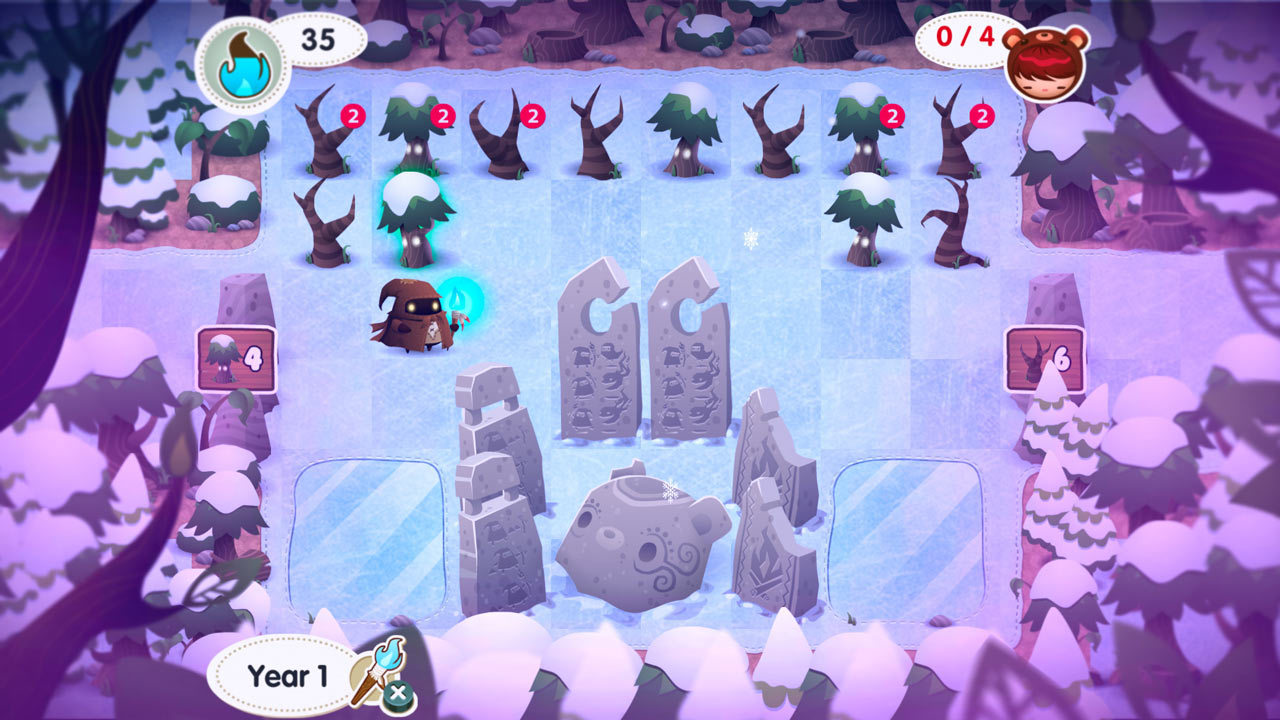 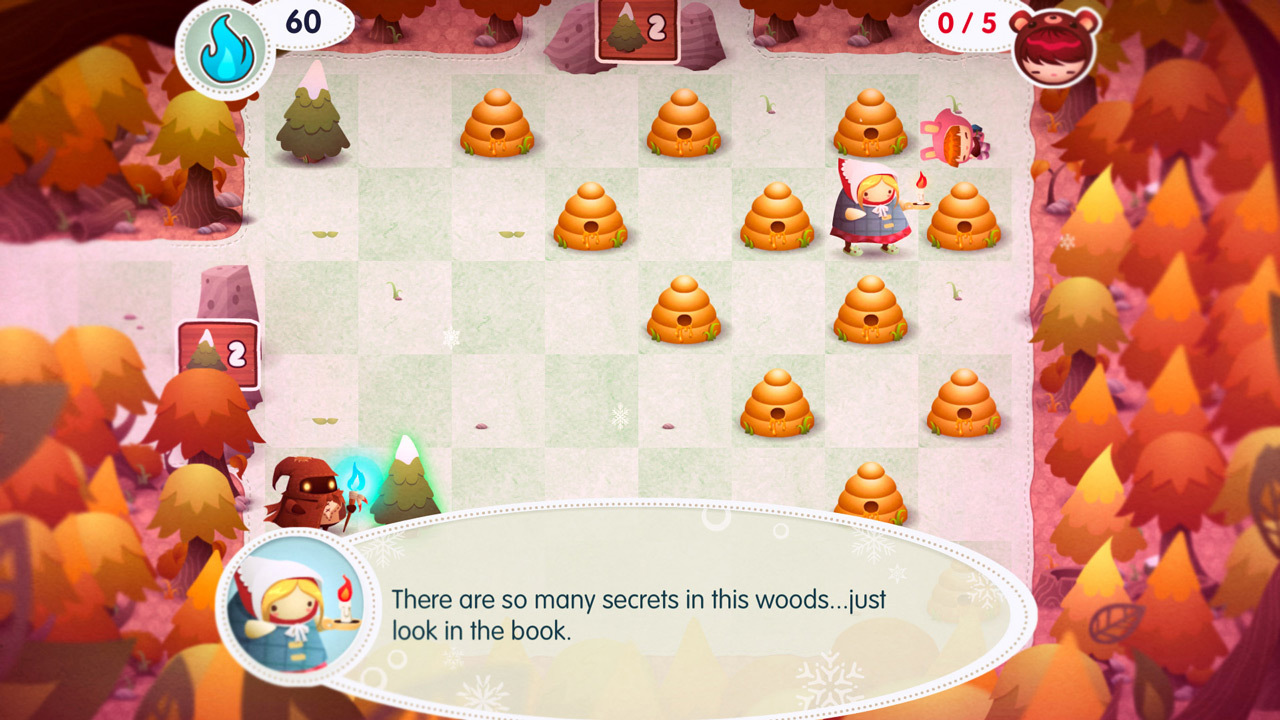 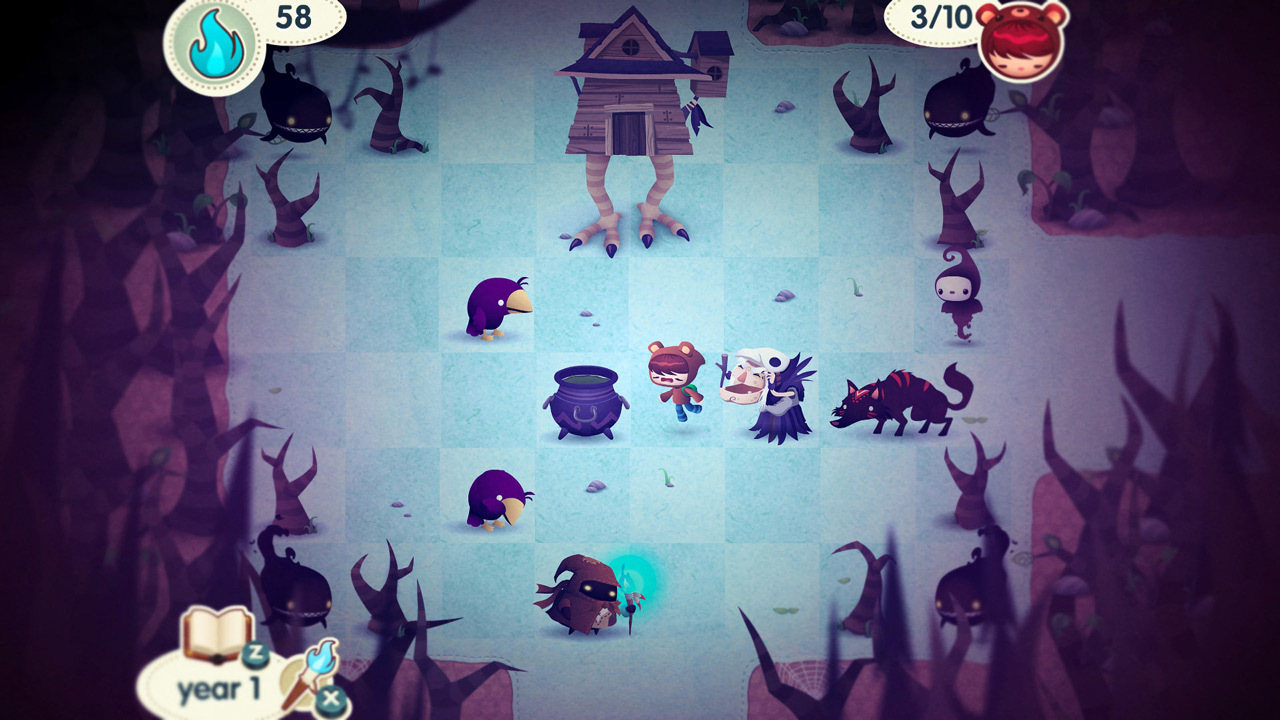 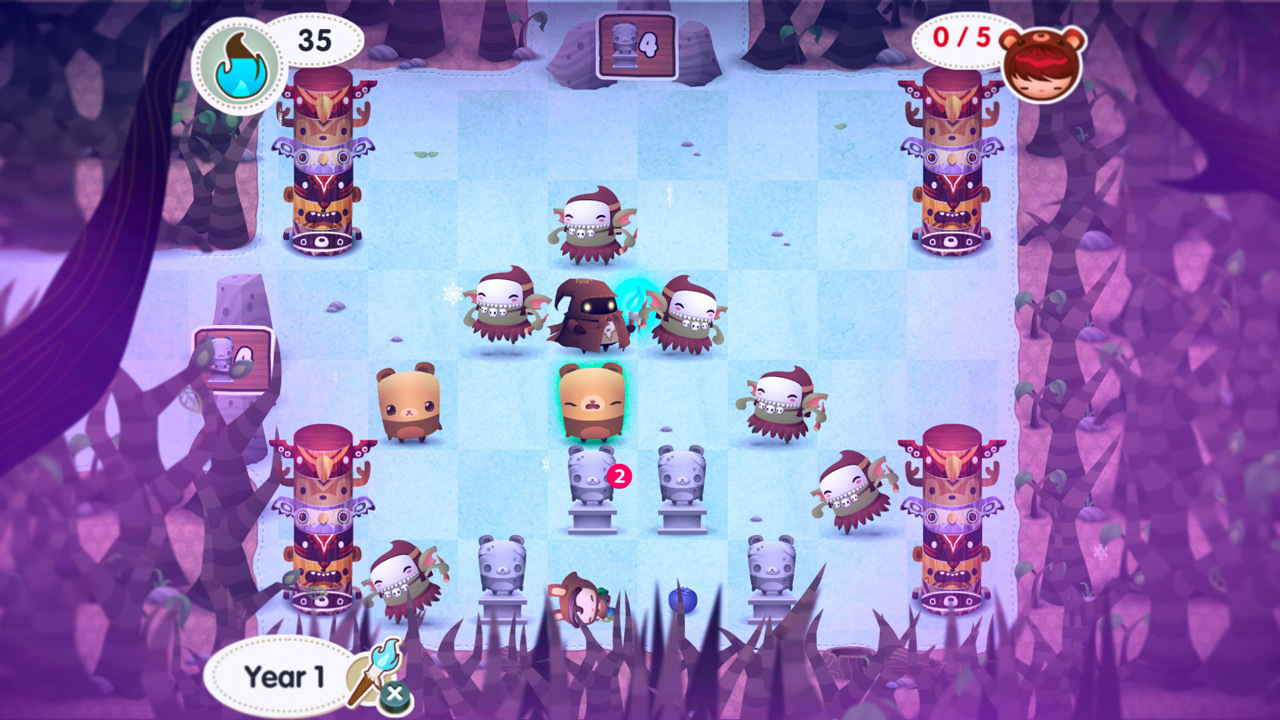