A fascinating puzzle roguelike with themes and mechanics unique among games.

The mechanics are sometimes clunky, and it really sucks to give up on a kid and return home without clearing a level.

An adorable puzzle-roguelike about loss and unexpected results.

Have you been waiting for an adorable puzzle-roguelike about loss and unexpected results? Probably not, unless you’ve specifically been hankering for Road Not Taken, but it’s still one of the most interesting games I’ve played in a long time. Coming from Spryfox, having spent a huge amount of time with Triple Town, I expected a game that was constrained and elegant. Instead, I found that Road Not Taken was sprawling, full of secrets and strange interactions, with more depth than I had imagined. It was a beautiful game.

In Road Not Taken, you play as a ranger who arrives in a village, one in a long chain. With a staff that lets you pick up and move objects, you navigate the forest every winter. You’ll align objects to open paths, combine things in the environment to create new things, and try to bring children back to mothers in order to rescue them from the forest. 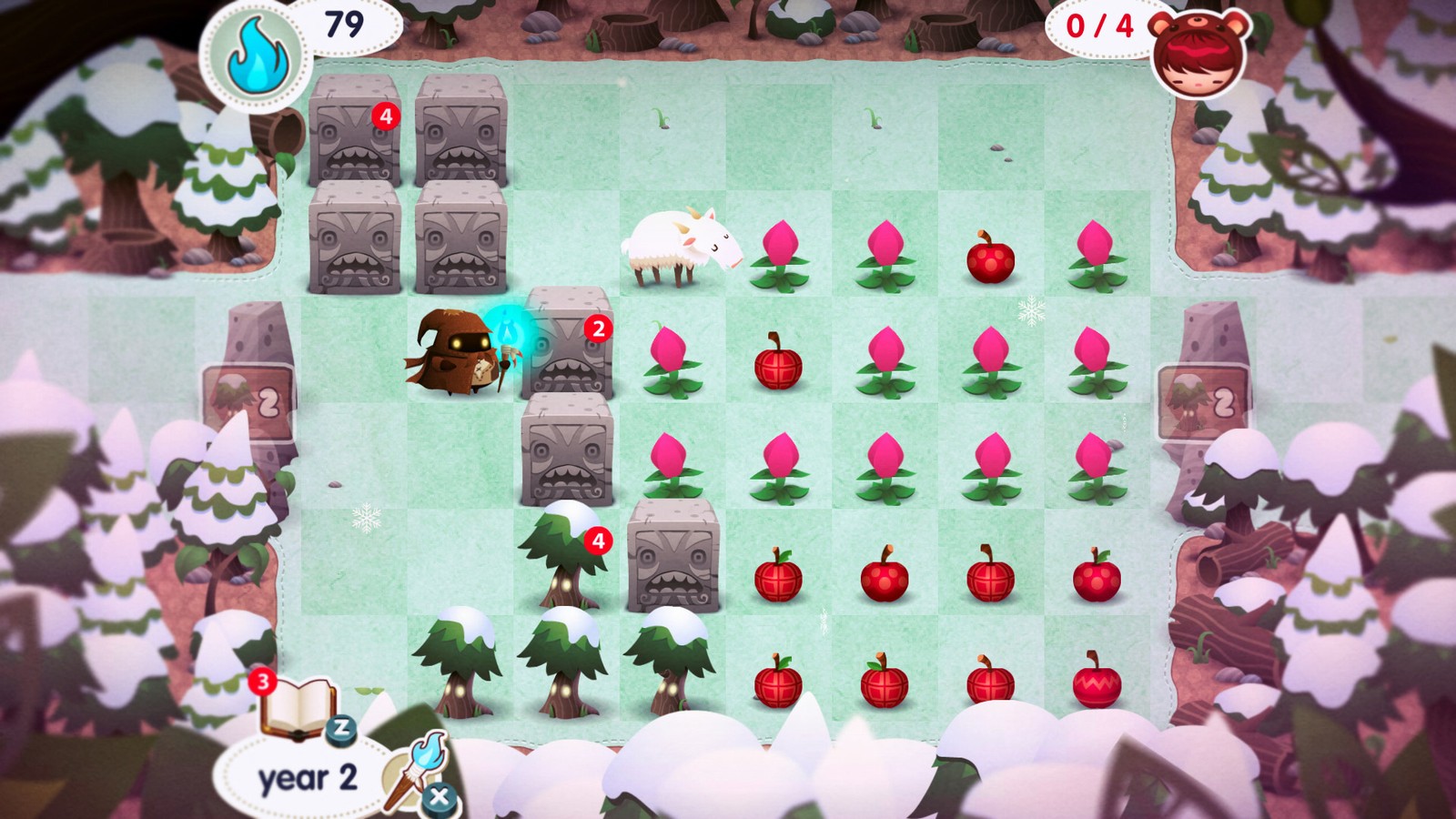 All of this is shown in some of the most adorable graphics, but it has a definite dark edge. It feels like a fairy tale world, where foxes protect lost children, berries can extend life, and spirits roam the woods. When a child dies, they’re dead, and the people in the village express their grief, disappointment, and, sometimes most distressingly, pragmatic acceptance towards that. Sometimes, I would rather die in the woods and start over rather than go back home when I hadn’t fully completed a level.

I feel like that’s intended behavior, or, at least, valid. The idea that the ranger would rather die in the woods than give up and return home seems like the kind of resolution that exists in the story the game tells. Really, what’s impressive is how so many of the things here feel like they belong. Some are strange, like combining three red spirits to get an axe, but others, like the child-protecting foxes taming vicious wolves, follows the storybook logic of the game.

Learning the rules of combinations is a huge part of Road Not Taken. You can go a little ways by just bumping things into other things, but without knowing what reactions exist, why you’d want to do them, and when, you’re going to have a rough time. Early on, I felt disappointed that I was playing a prerelease version of the game, if only because my immediate interaction when faced with something this mechanically dense is to go to a wiki and figure out how things interact and what my priorities should be, but as I kept playing, I found myself pleasantly surprised by how mechanics interacted. The hard-won knowledge that combining spirits in certain ways would create a vicious ghost, or that some villagers would resent me befriending people they dislike, felt much more valuable when it was a penalty that messed up a run rather than warning of something to be avoided. 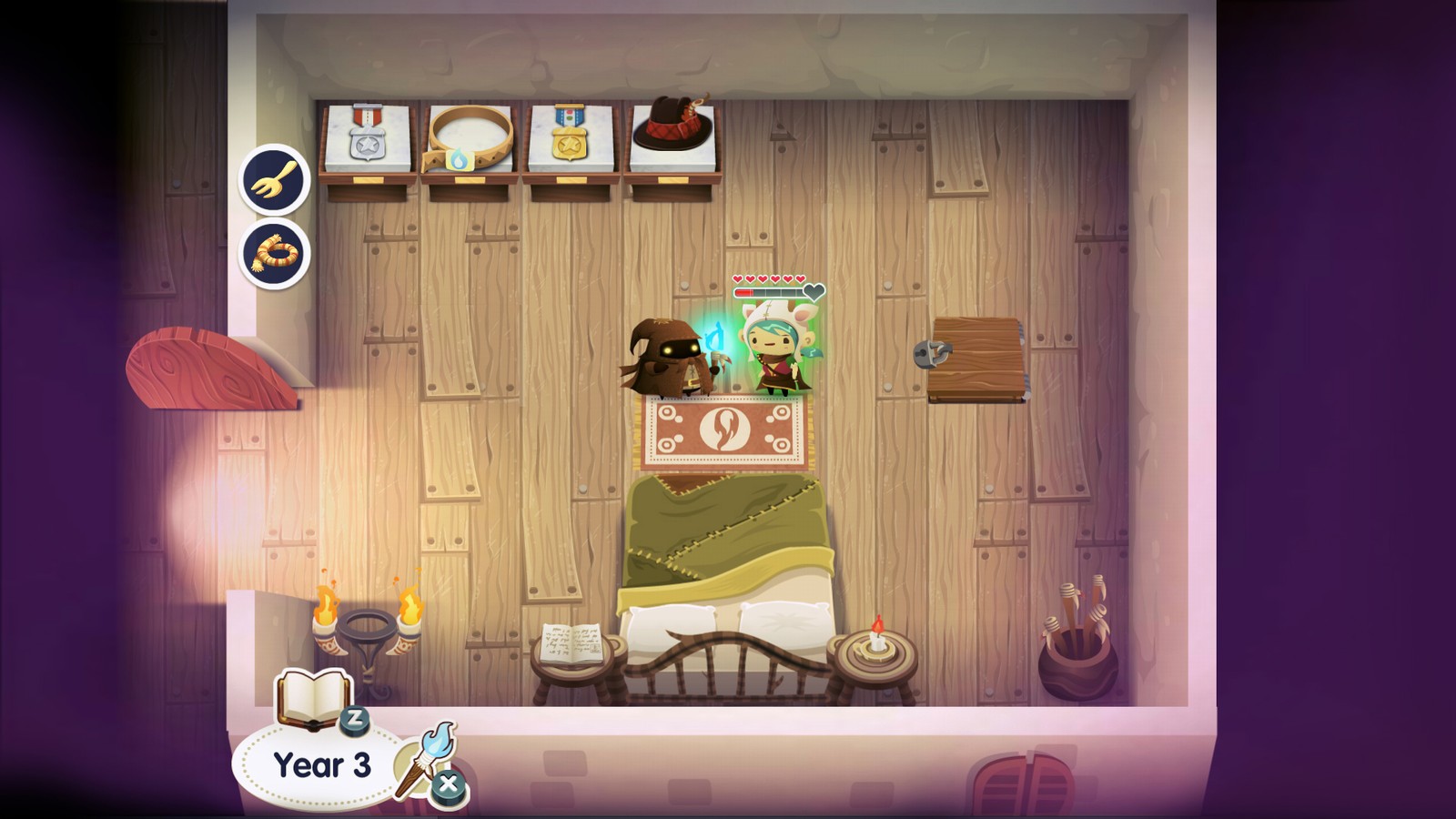 That said, after a while playing it, there are some elements that bug me. Needing to herd animals to open pathways is always a little obnoxious, and I wasn’t fully sure how the banning mechanic worked, since I found wolves in the forest after I thought I got rid of them. That said, those are fairly minor annoyances in what I thought was a really impressive, thoughtful game. I also sometimes found myself overthinking the game and getting gloomy enough that I didn’t want to play again for a while, but that’s more operator error than anything inherent in the design.

It’s definitely not for everyone, but if the idea of a randomized puzzle game about unexpected occurrences seems like a cool idea to you, and you like the core mechanic of picking up and throwing objects, it’ll probably be worth playing. Road Not Taken might have earned a space in my list of sleeper games, like Binding of Isaac and Dungeon Crawl Stone Soup that I’ll keep coming back to whenever I have a few minutes for a game. 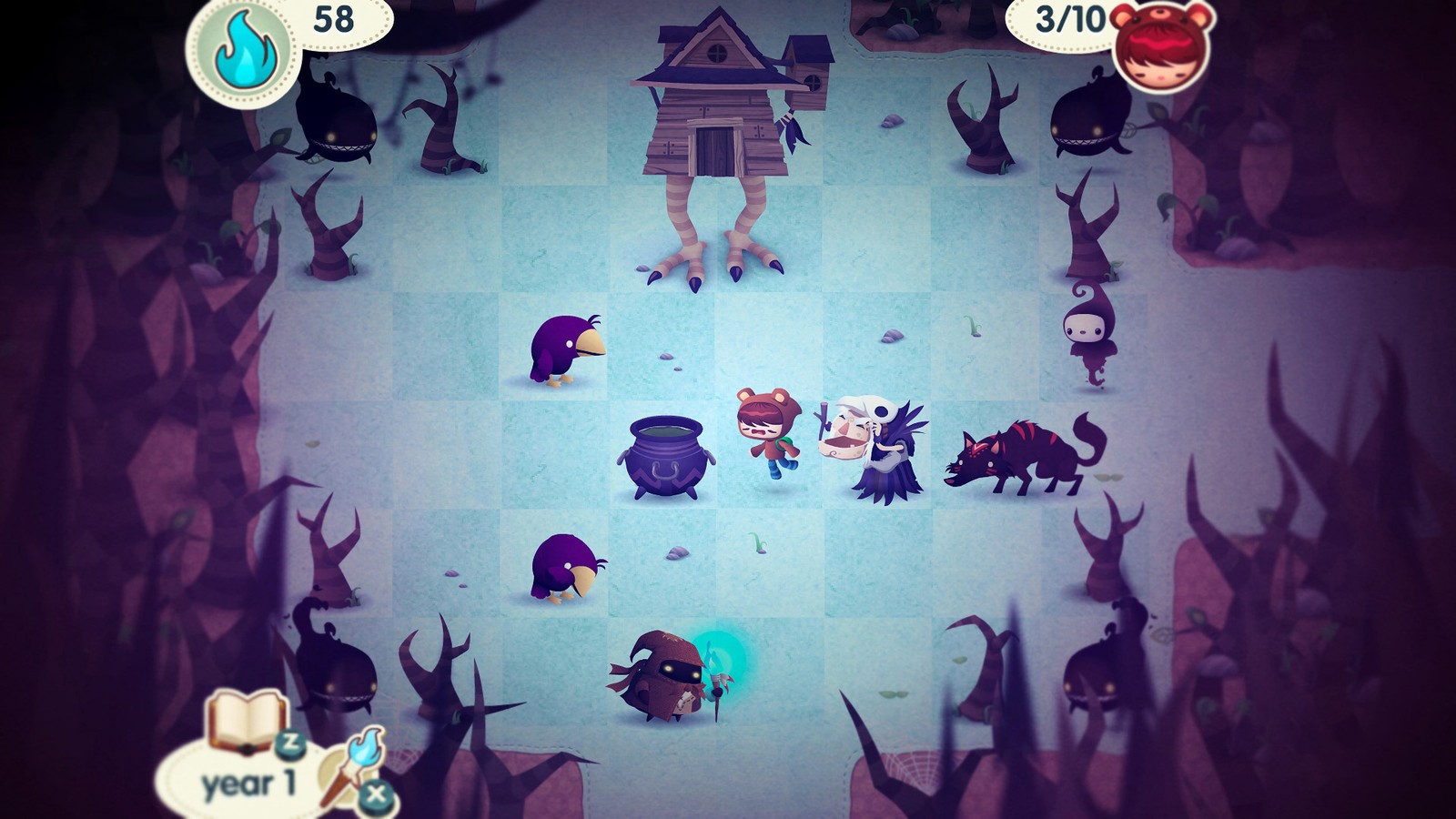 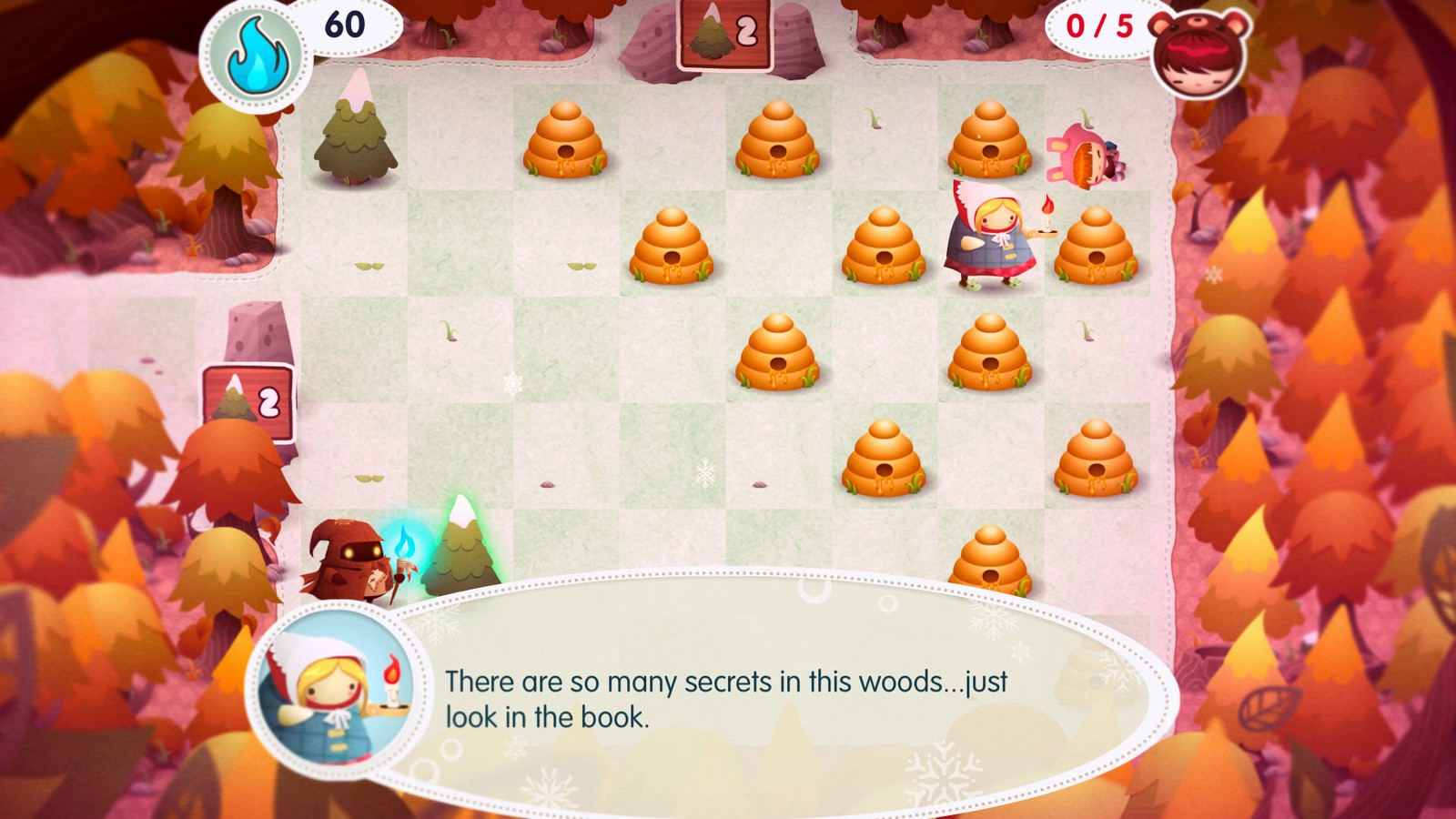 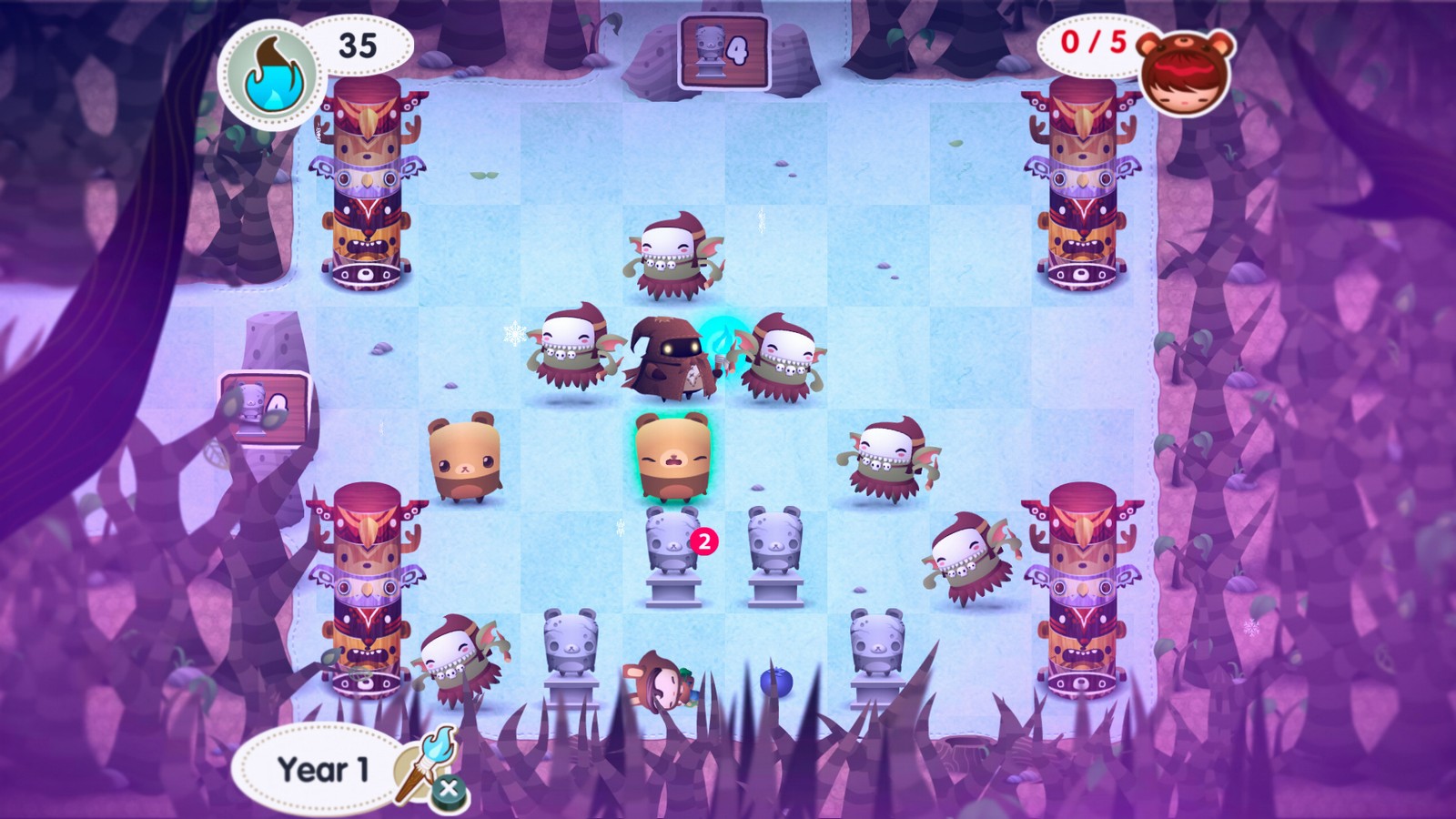