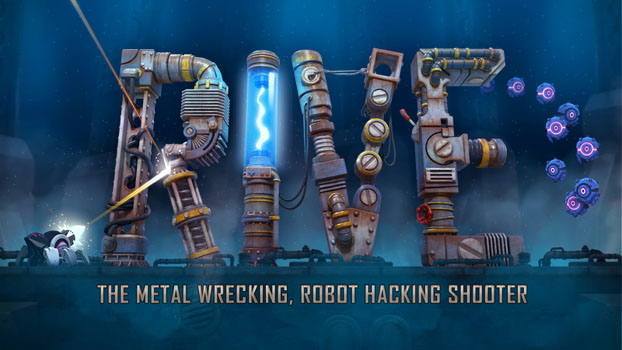 + Excellent visual presentation.
+ Controls that match the demands of the genres.

- Steep barrier to entry.
- Narrative that is rarely compelling, with a sense of humor and dialog to match.

The difference between a challenge and gleeful sadism is often blurred in Rive.

Sometimes you’ve got to take the road less traveled. It’s more difficult than what you’re used to, but some people like that kind of thing. Enter Rive. It’s a game that can be described with several adjectives, but perhaps none more on the nose than “difficult.” While hard games have been “in” for the past few years now, it always comes down to the same question: is the game rewarding because of it’s difficulty, or are you just relieved you’ll never have to go through that again when you complete a level/section of it? Unfortunately, Rive falls more into the latter category. 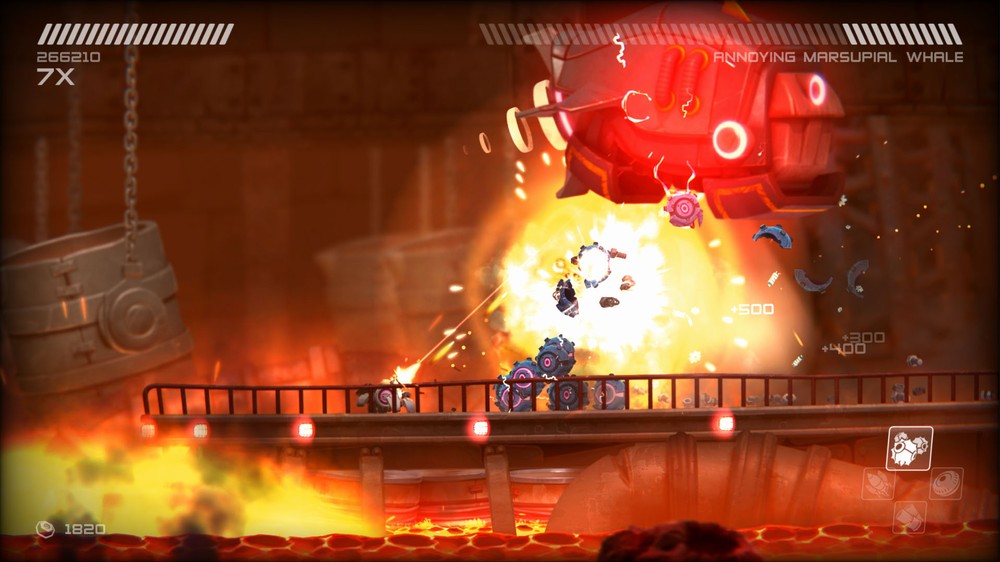 For the most part, Rive is a 2D side-scrolling arcade shooter/platformer hybrid. You play as a space trucker who’s found himself stuck inside an immense ship adrift out in deep space. Using your small craft’s myriad of abilities and hacking, you have to fight your way through in a tight and tense 6-hour campaign. It’s clearly a game that’s built for fans of bullet hell arcade shooters and twitch platforming, but the question quickly becomes just how well are those two genres mashed together, and can the controls and game design keep up?

Rive has a great visual style that draws you in and keeps you engaged with the world and immediate surroundings. It’s bright, colorful, and pleasing to the eyes. As is vital with games of this type, the controls are tight and responsive. Everything that you need to do in this frantic game is clearly presented to you, meaning that the repetition will never be rooted in poor level design or comprehension. You understand what you have to do- it’s just a question of if you can actually do it or not. 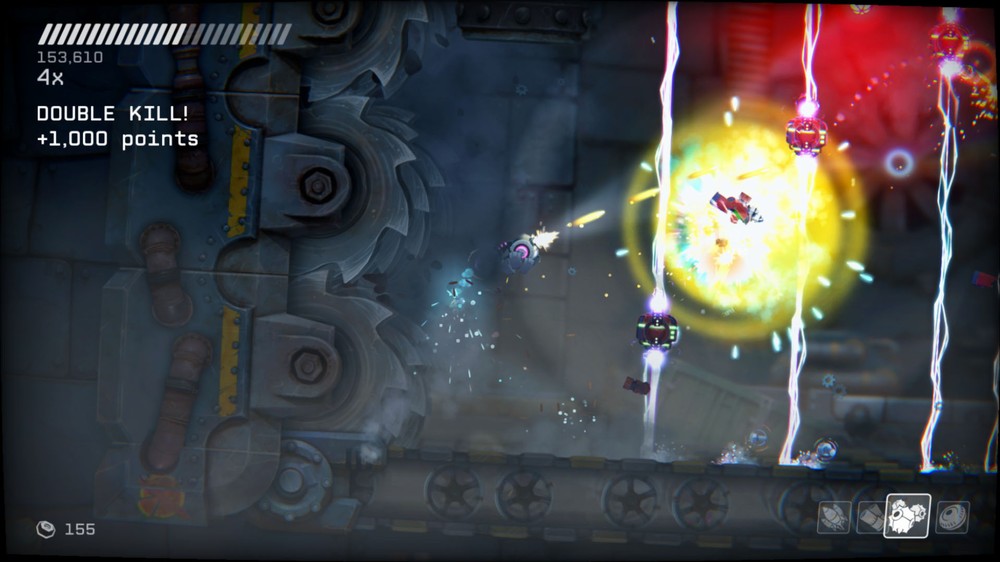 Everyone loves a challenge, but the difference between a challenge and gleeful sadism is often blurred in Rive. The game is beyond frustrating, and you’ll be seeing the same sections a lot, as there’s little to no chance of getting through them the first time around. Those who can’t handle manic difficulty beware- this isn’t the game for you. This difficulty curve ultimately takes away from the enjoyment of the game, and it’s rare you’ll come out of the other side of a challenge feeling accomplished… more often than not, you’ll just be happy to be done with it. It’s a paper-thin difference, but one that matters greatly when discussing games that are fine and ones that are great.

Rive isn’t a bad game, it’s just one that takes a certain temperament to gain enjoyment from. Add to that a sense of humor that is often lacking, and there’s a lot of boxes you have to check off before starting it up. If none of those concerns seem like a big deal to you, by all means dive in. 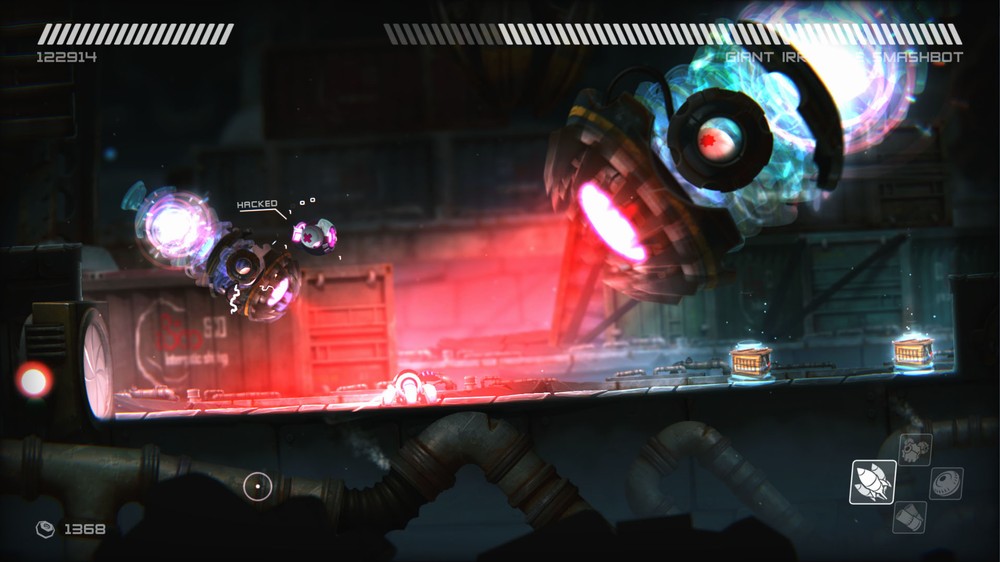 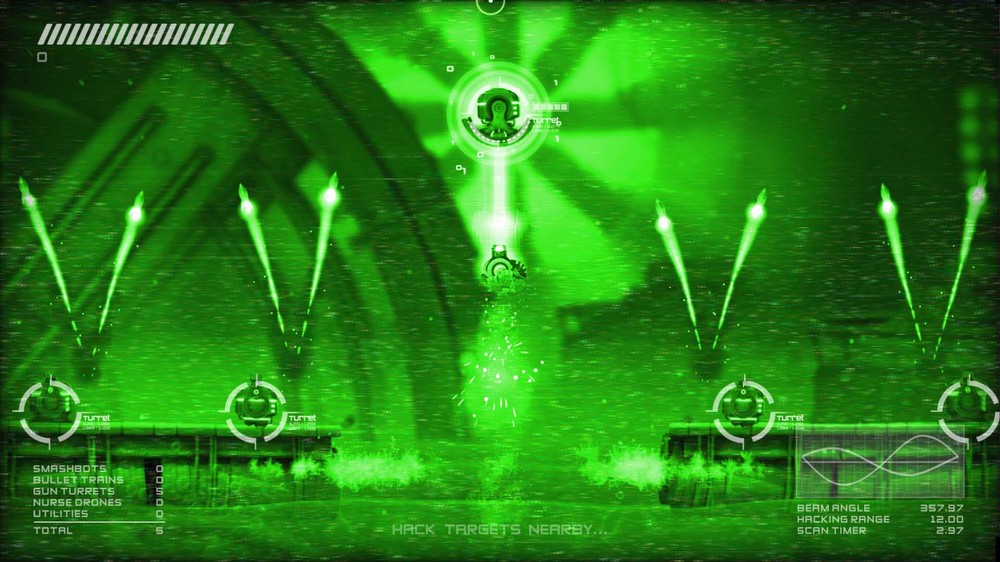 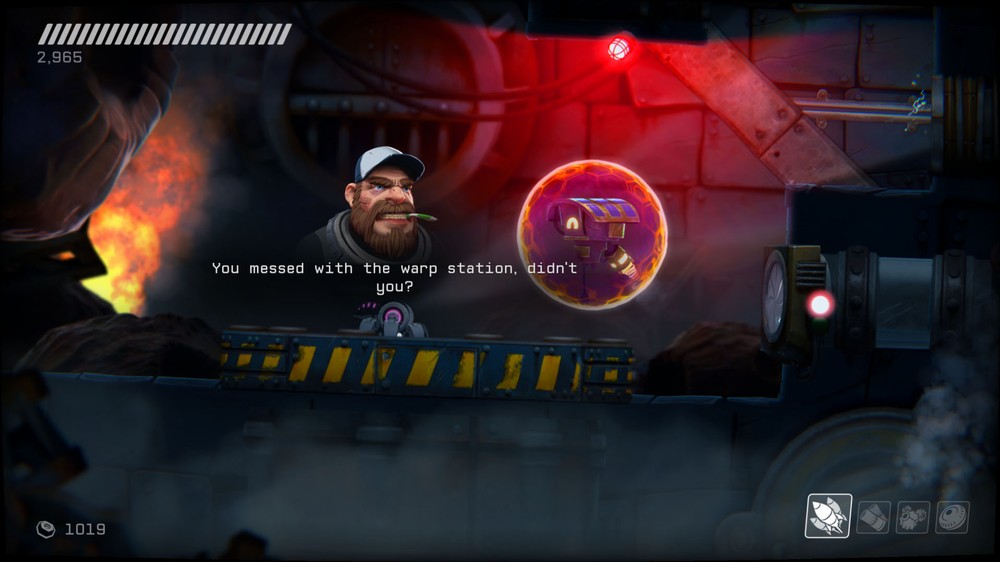