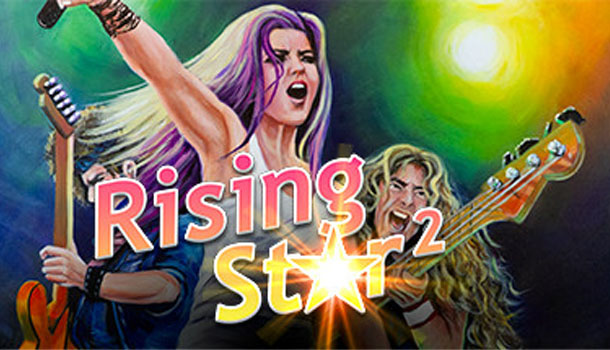 - Could do with a little more depth
- Gameplay doesn’t evolve

A solid core experience and unique gameplay overcome most shortcomings.

If you’ve always wanted to be in a band but realized early on in life that you haven’t got a musical bone in your body, then Rising Star 2 might just be the game to allow you to virtually live out your dreams. Developed by Gilligames, Rising Star 2 comes out thirteen years after the original, and puts players in the dual role of band member and band manager. Starting out from the bottom, your goal is to make it big in the music scene by writing hit songs and playing sold out shows until you make it to the very top.

You start Rising Star 2 with next to nothing: no bandmates, the most basic equipment for your chosen role, and a small apartment in whichever hometown you select. On the road to fame and fortune, you’ll need to recruit new band members, perform odd jobs in order to earn enough cash to get by, and visit bars and clubs in the hopes that they’ll be able to fit you on the bottom of the roster somewhere. As you start to gain a following you can hire a manger to take care of most of this, and eventually you might get a record contract that will allow you to gain fans outside of your hometown and travel across the USA. 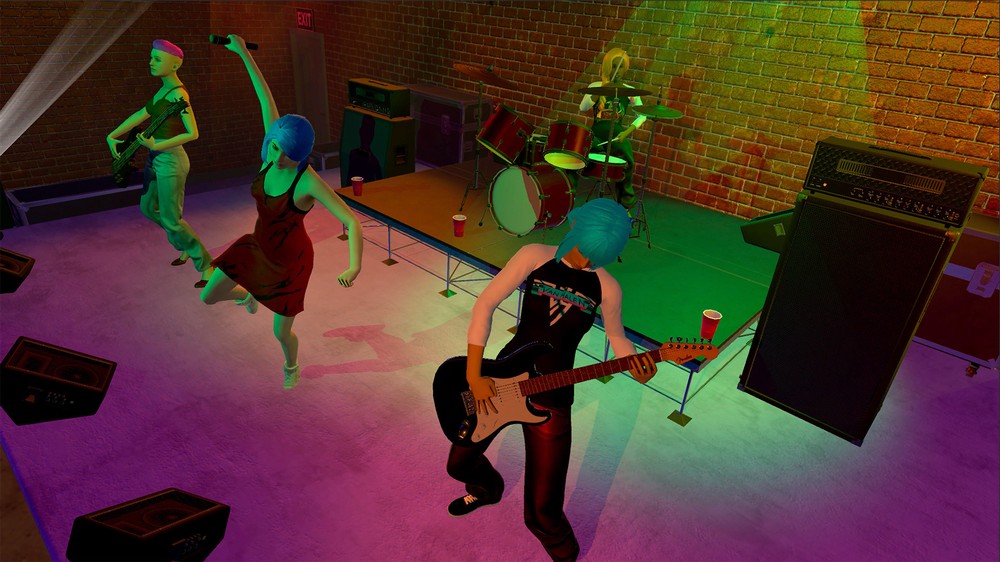 It’s not all as simple as that makes it sound, though. You’ll need to make sure that bandmates get on and have matching personalities, otherwise you run the risk of one (or both) of them leaving. Band members can even be arrested, which happened in my game in the middle of a tour, leaving me high and dry until I could find a replacement, who then wasn’t familiar with the majority of my band’s songs. You’ll get hecklers at your gigs that damage the band’s morale,  you’ll find that your equipment has broken between shows and you need to scrounge money in order to buy new drumsticks, and your band will lose all inspiration to write new music, leaving crowds listening to the same songs that they heard on your last tour.

For all of the negativity that can come from running a band in Rising Star 2, the overall feeling is one of positivity, and you’ll often find that your band is usually on the up, although sometimes it can feel like a bit of a slog to make even incremental improvements to your standings. A mixture of stat-based management screens and 3D minigame style scenarios take up the majority of your time, and your ability to manage personalities and strategize financially needs to be matched by your ability to pick out a decent set list and to drive a van without crashing it. Even writing songs takes the form of a puzzle where you need to match various pieces representing rhythm, lyrics, melody and riff, trying to match the highest values for each in order to write a song of the best quality. 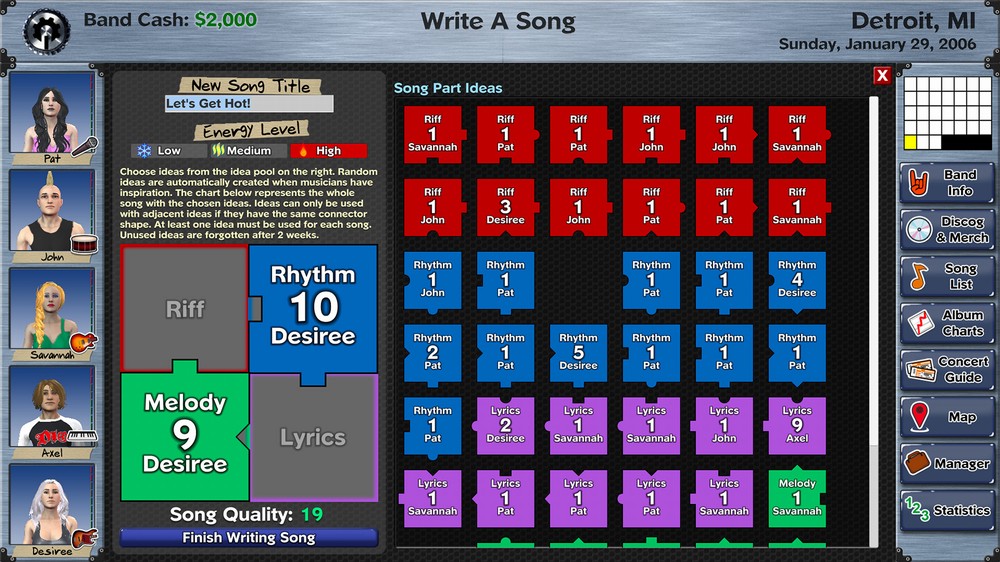 It wouldn’t be unfair to say that overall, Rising Star 2 feels a little clunky, and even like an upgraded version of a web-based game, but it would be unfair to say that the core gameplay loop at the center of the experience isn’t enjoyable. I lost many hours playing Rising Star 2, as like any good management sim there’s enough of a hint of promise just over the horizon to keep you playing until to hit that next milestone. For me, it was always gathering enough cash to be able to record the song that I’d just written, and then being able to put that on a CD so I could sell it at my shows. Then I wanted to see how well the CD sold, and how much money it brought in to allow me to take the next step. It could be argued that Rising Star 2 is a glorified version of the idle-clicker genre, but I was having so much fun playing that I didn’t mind.

However, as I got into the later stages of the game, I did start to notice that as my band’s career evolved, the gameplay didn’t really evolve alongside it. Though I could pass some activities such as booking gigs to my manager, I was still in the same loops of writing and recording songs and travelling to and playing gigs. Admittedly, this is probably pretty true to the day-to-day life of a real-world band in a similar scenario, but from a gameplay perspective I found that Rising Star 2 started to lose its shine at this point, and I began to struggle to find the motivation to continue. When this was coupled with a few performance issues (there was one bar in one city in particular that this game did not like) Rising Star 2 began to feel a bit too much like a chore and not enough like a game I was playing for fun. 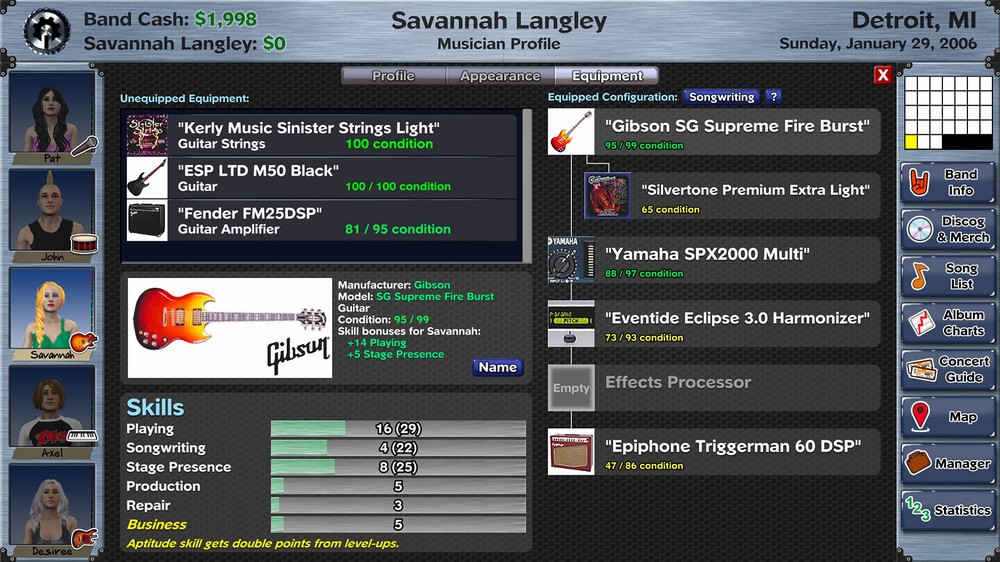 I think that part of the frustration that I was feeling was down to the fact that Rising Star 2 doesn’t do a great deal of handholding, which means that you can feel a little lost when trying to work out how to progress. Starting out, your bandmates will give little hints such as needing to go and see shows or needing to change the band’s image, but these tips start to dry up as you progress, and I found that as I started to reach progression-related plateaus, I wasn’t really sure how to break through to the next level. This is added to by the fact that there doesn’t seem to be much depth or strategy to being successful in Rising Star 2, partly due to a lack of instructions or customization that you can give to NPCs in the game. For example, you can ask your manager to book gigs within a certain distance of your hometown, and you can dictate the minimum capacity for venues, but you can’t customize this for certain cities, meaning that if you want to play smaller gigs in places that might not know about you yet, you’ll also be booked for smaller venues in your hometown, where you could easily sell-out somewhere five times the size.

Despite my reservations, I did enjoy my time with Rising Star 2, which can be seen by the number of afternoons and evenings that disappeared while playing the game. Though there are certainly elements that could be improved, the recipe at the core of the experience is solid, and that goes a long way towards being able to overlook some of the flaws that might otherwise have caused their fair share of frustrations. There aren’t many musician simulators around, and I haven’t played many games similar to Rising Star 2 before, though I’m definitely glad that I’ve had the chance to now. If you’re in the market for something new and relatively unique, you could do a lot worse than picking up Rising Star 2, and it might just encourage you to play that guitar that you haven’t even looked at since college. 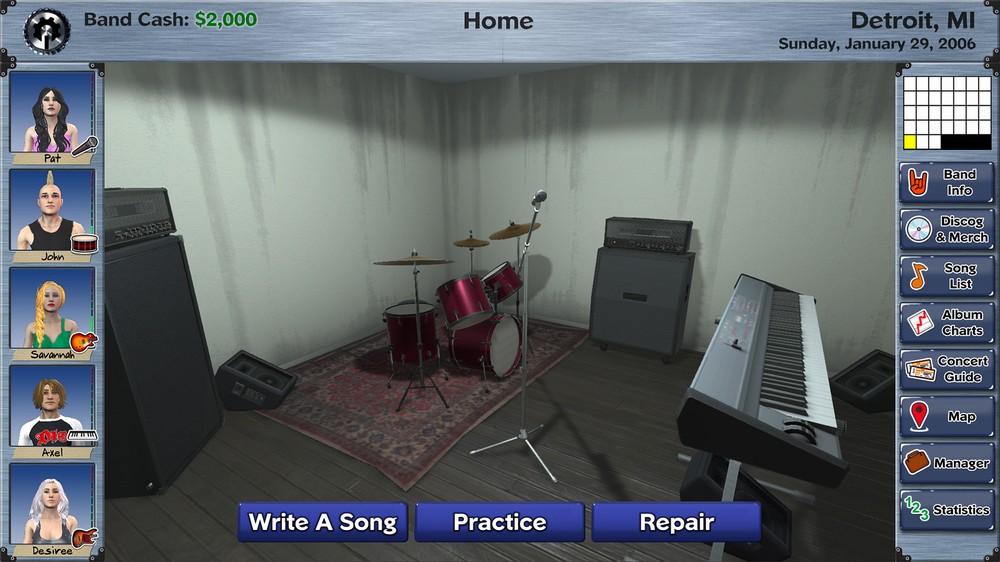 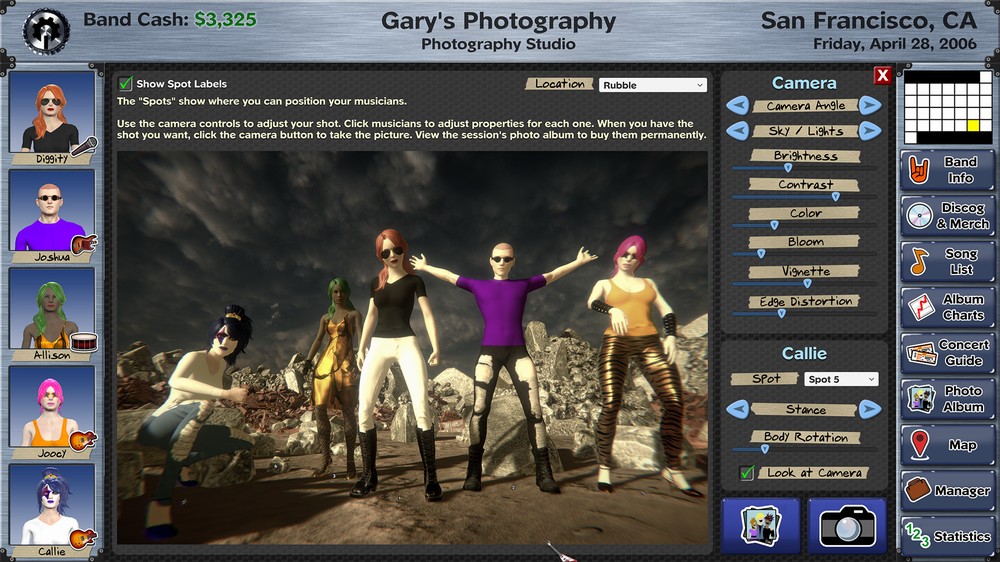 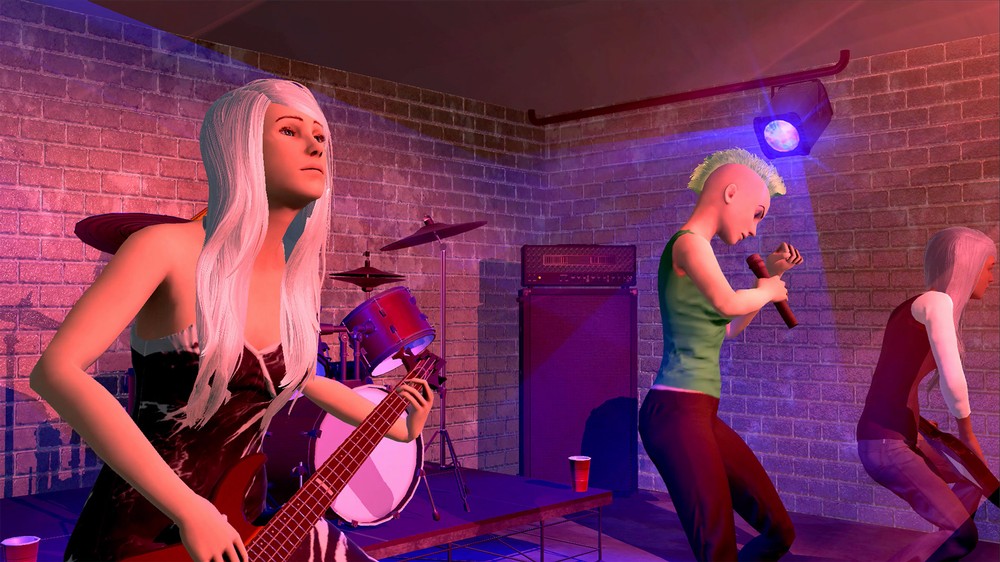 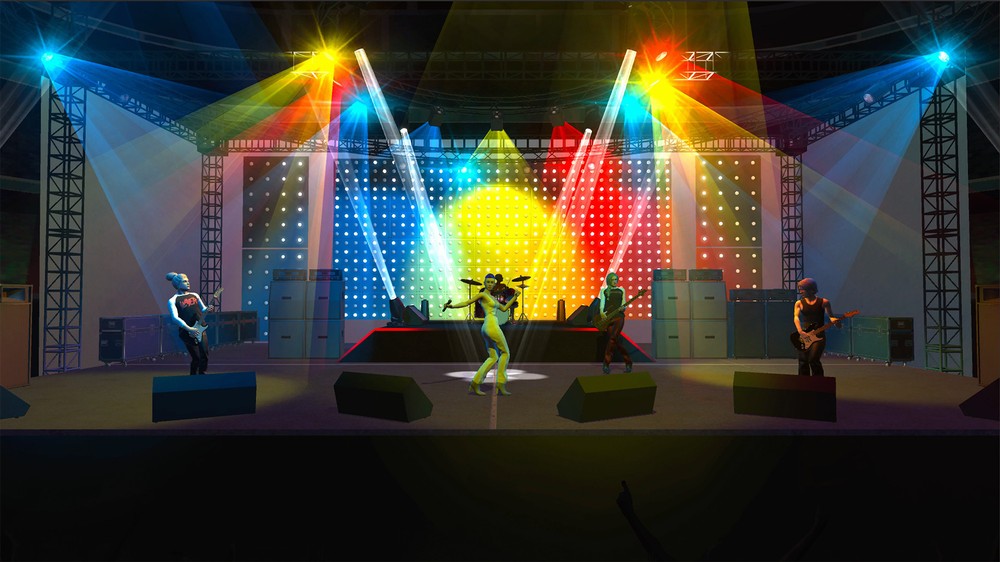 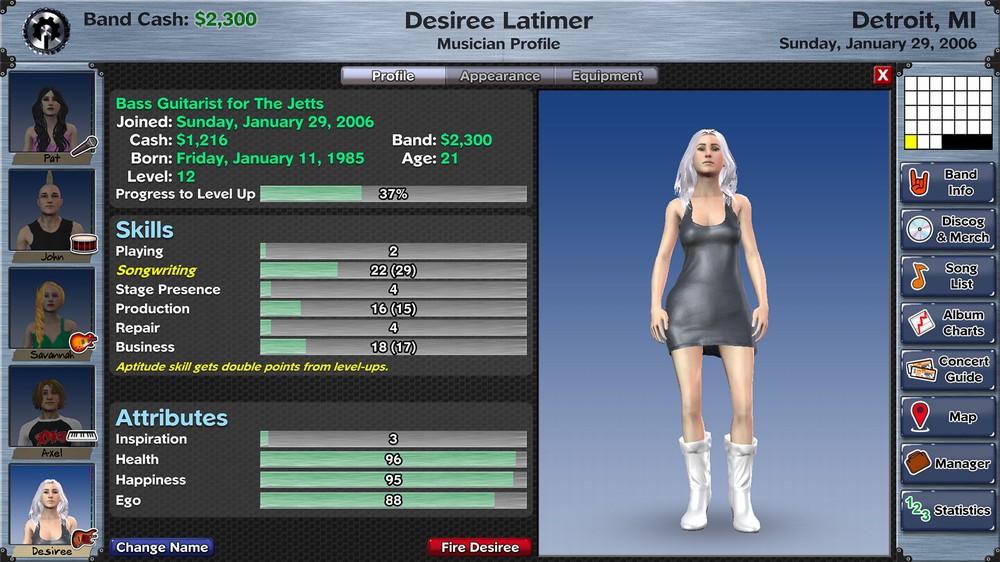 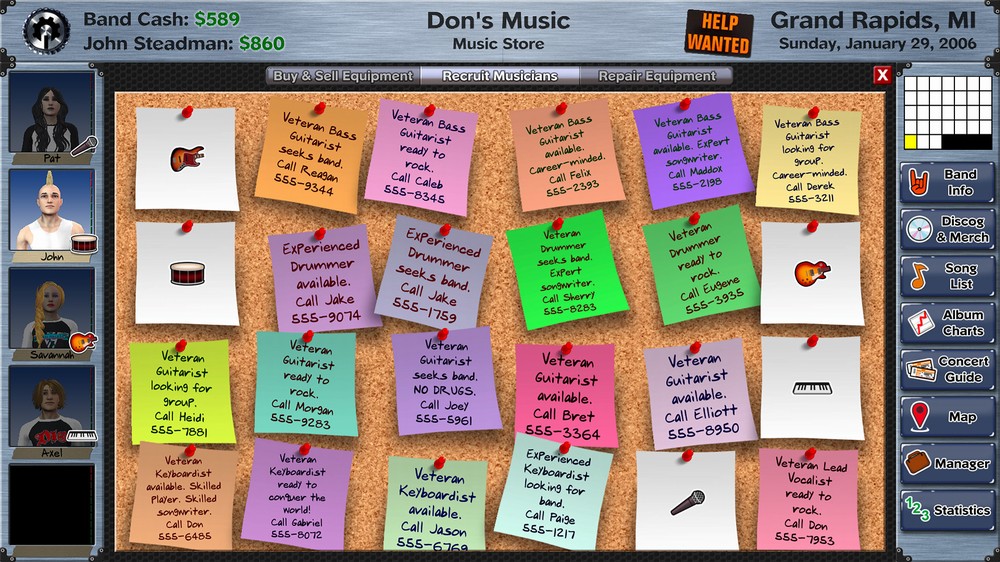 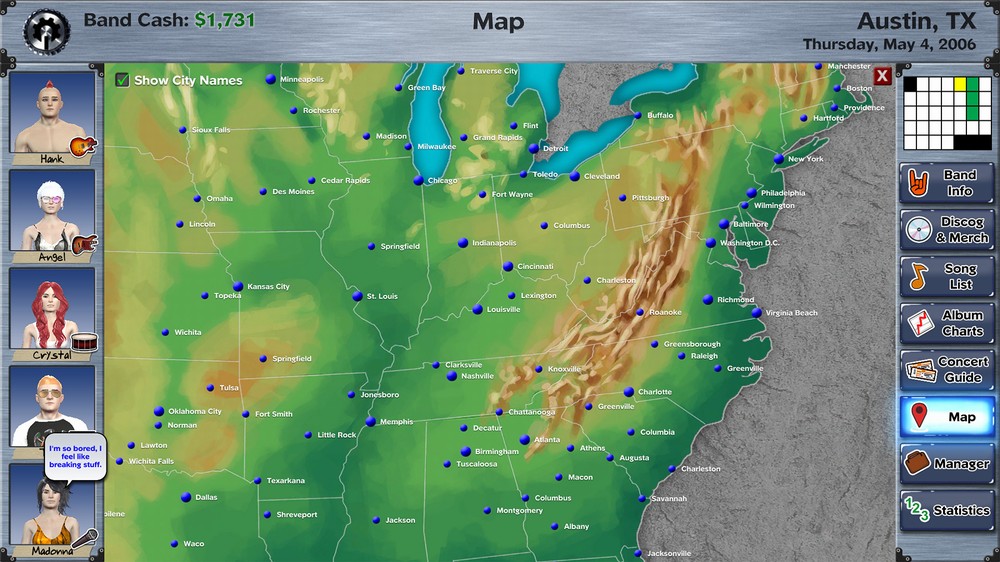 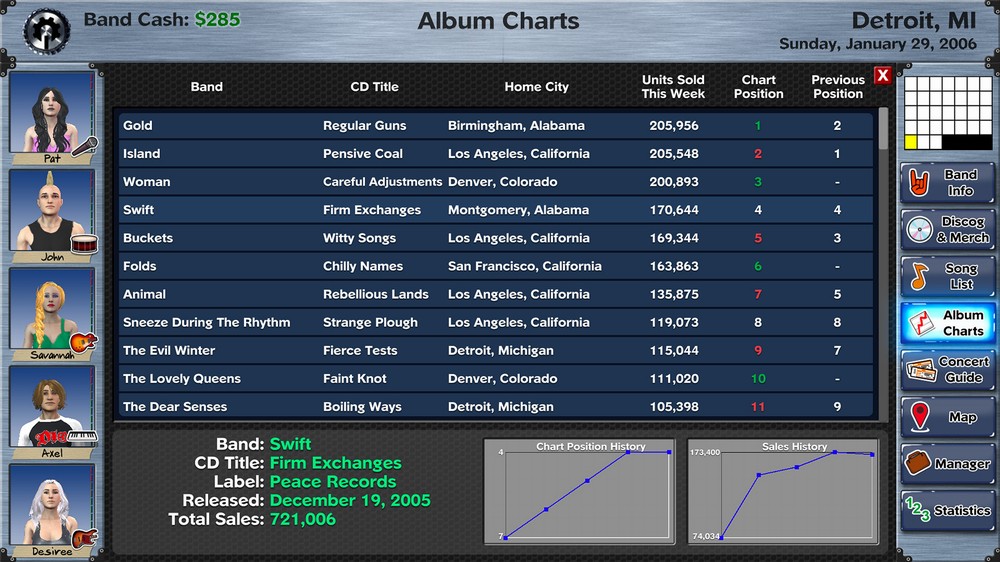