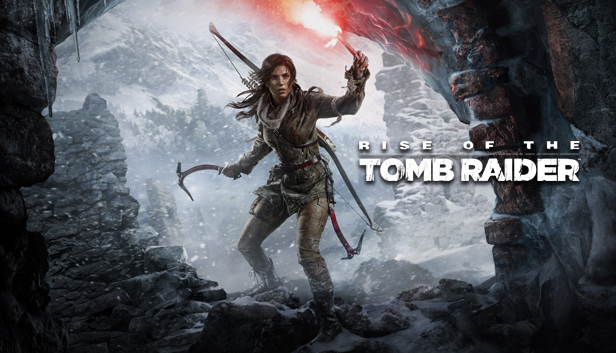 One of my all-time favorite adventure games and certainly my favorite installment in the 20-year history of the franchise.

Game Chronicles has been around since 2002, but we actually got our start 20 years ago when we launched Sinjin Solves with our debut game guide for the original Tomb Raider. So in some ways we owe our very existence to Lara Croft.   And since today is Lara’s official birthday we find it only fitting to honor her with a review for her latest adventures on PC – back to where it all began.

Crystal Dynamics rebooted the Tomb Raider franchise back in 2013, taking more than a few cues from other successful franchises like Uncharted and Far Cry. The results were met with mixed reviews from critics and fans.  Some enjoyed the survival and crafting elements of the game but many missed the actual “tomb raiding”.   Thankfully, in their latest installment Lara gets back to doing what she does best.

Rise of the Tomb Raider still relies heavily on its crafting and skill system combined with open-world exploration, hunting, and collectible quests, but actual tombs and crypts play a much more significant part in the game. Plus, there is a much more impactful narrative that overlaps all the events taking place during this 30-40 hour adventure. 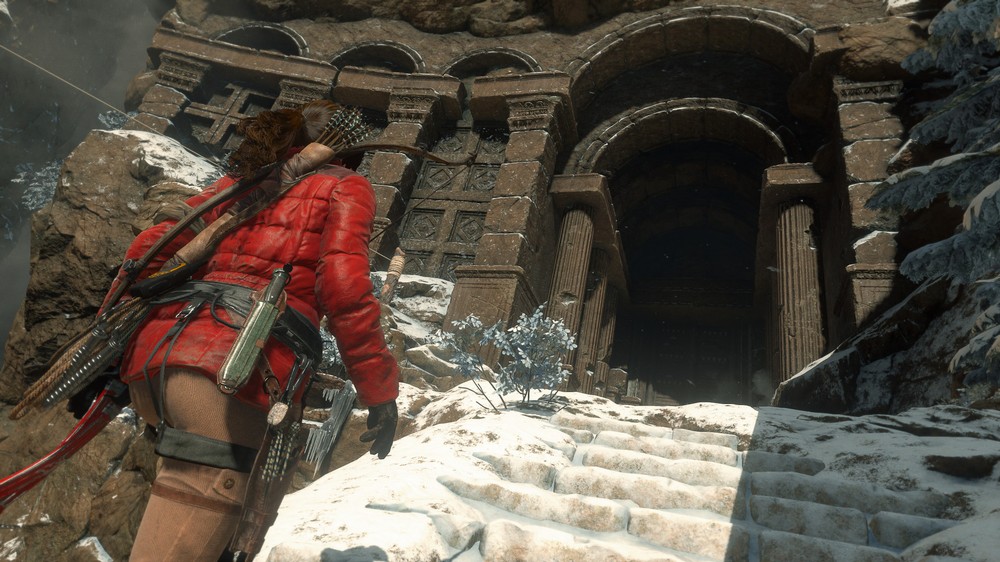 Previous available as an Xbox exclusive for the holidays, Rise of the Tomb Raider makes its way to the PC (and eventually to PS4 later this year) with some significant improvements to both visuals and gameplay. For those with a top-end video card prepare to be treated to graphics that border on the edge of photo-realism, yet sadly the game lacks the necessary optimization to maintain consistently smooth framerates; especially in the massive hub areas like the Soviet Installation and the Geothermal Valley where your fps can drop to half of what you get in the smaller tomb, crypt, and sub-levels.

Ironically, the Xbox One version offers a more consistent visual experience, but at the expense of horrible controller lag; something I was able to overcome by switching to an Elite Controller, but nobody should be forced to buy a $150 gamepad to play a game. Despite some dipping framerates, the PC version has buttery smooth controls, which inevitably make the game that much more enjoyable to play.

Lara’s adventure has us traveling across the globe and even through time via some flashback sequences, as she searches for yet another holy relic, only this time she is trying to restore her father’s good name in the process. Fighting back is a shadow organization known as Trinity, led by the evil Konstantin, also searching for this Divine Source.   Trinity has an army of seemingly endless mercenaries, firepower, and even attack choppers, and Lara must join forces with a native tribe of people living in a lost valley who are sworn to protect the Divine Source. 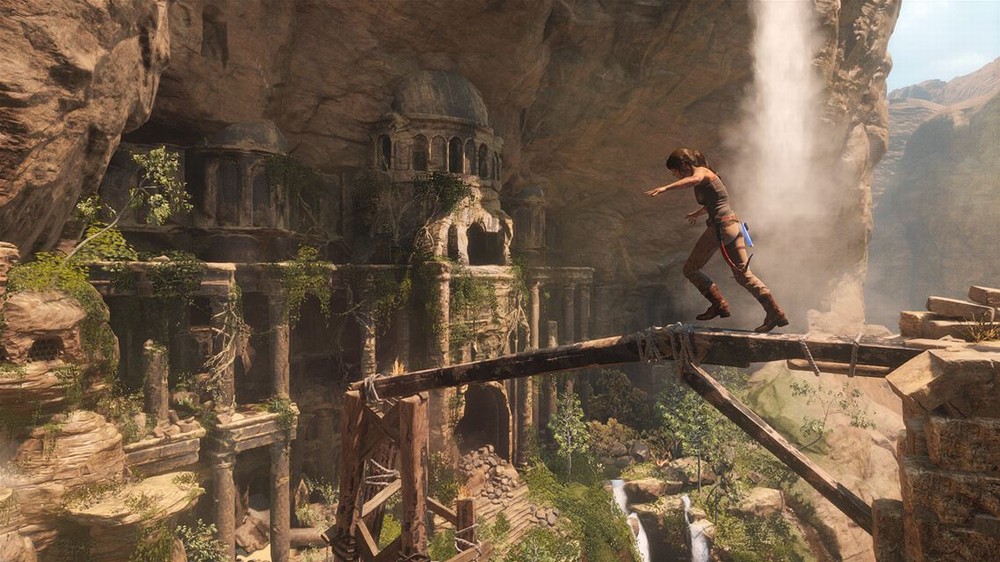 Those who played the previous Tomb Raider will already be familiar with the skill trees that let you customize Lara with various hunting, survival and fighting skills. As you perform well in the game you earn XP that rewards you will skill points.  By the end of my game I had unlocked all but six skills, so it’s not really about creating a custom Lara, but more in prioritizing certain skills based on how you like to play.  For instance, there are a lot of bow-specific skills, but if you don’t like to use a bow then you’ll probably want to assign those points to other areas.

There is also a surprisingly deep crafting system in place that allows you to create all sorts of devices like turning a tin can into a frag grenade or smoke bomb, or attaching a radio to a gas can to make an IED. Specialty arrows are some of my favorites, allowing you to create explosive, fire, and poison cloud arrows; the latter proving so overpowering it nearly breaks the game.  Other specialty items like a combat knife or underwater breather serve as in-game progression rewards to allow you to complete sub-objectives or reach previously inaccessible areas.  Thankfully, there is a fast-travel system in place that lets you quickly bounce around the more than 40 locations in the game, and you are even warned at the “point of no return”, in case you need to do any “clean-up” before entering the final boss fight and end of the game.  But even after the adventure is over you can return to the Geothermal Valley and keep exploring to 100% the game. 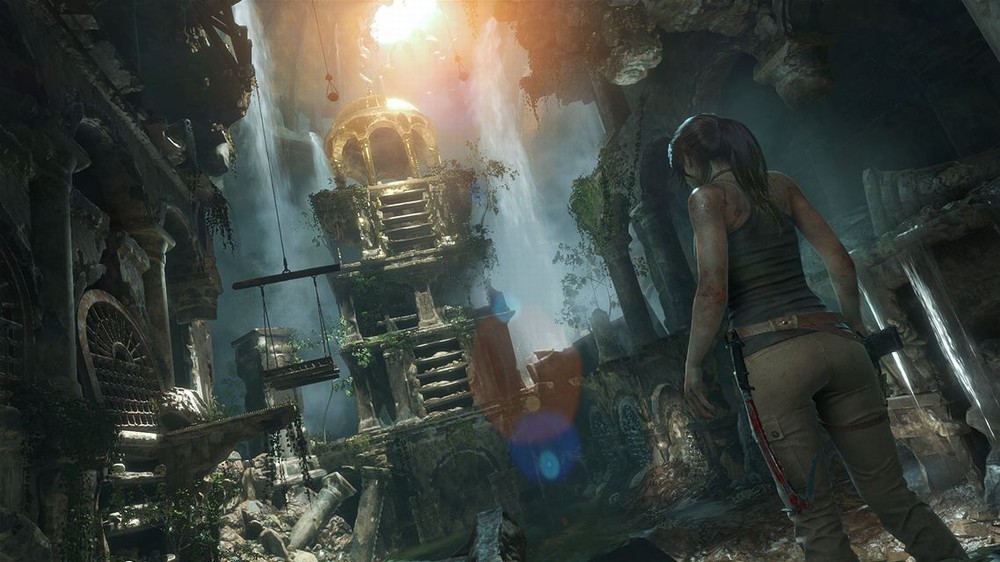 Beyond the base 30-40 hour game there is also a DLC adventure, Baba Yaga: The Temple of the Witch, which is roughly a 2-3 hour adventure for $10 or included in the $30 DLC that comes with additional game modes and bonus content. While there is no traditional multiplayer the game does feature a few modes that may provide some incentive to replay the core content.  Chapter Replay is basically a New Game Plus mode that lets you replay chapters with all the gear you earned in the main game.  Score Attack lets you replay levels from the game competing for speed run times or high scores based on movement, attack, and collectible combos.  Remnant Resistance lets you replay the hub worlds only now you can customize the experience using Expedition Cards to craft custom missions by creating your own set of goals.

And how about those Expedition Cards. As you play the main game you will earn gift bundles of Expedition Cards as well as virtual currency to purchase additional packs.  You can also purchase card packs with real money or recharge spent ones.  There are more than 300 cards, and some have infinite use while others must be recharged by spending credits.  These Expedition Cards allow you to customize Lara and the game itself, by creating challenges that you can post to friends or the online community.

I have to admit, I didn’t explore these cards or any of the post-game modes very deeply. I unlocked all my gift packs and admired the artwork on the virtual cards, but after a combined 80+ hours playing this game on Xbox One and PC, I had no desire to replay any part of it – especially if it meant turning Lara into a leaderboard-style arcade game. 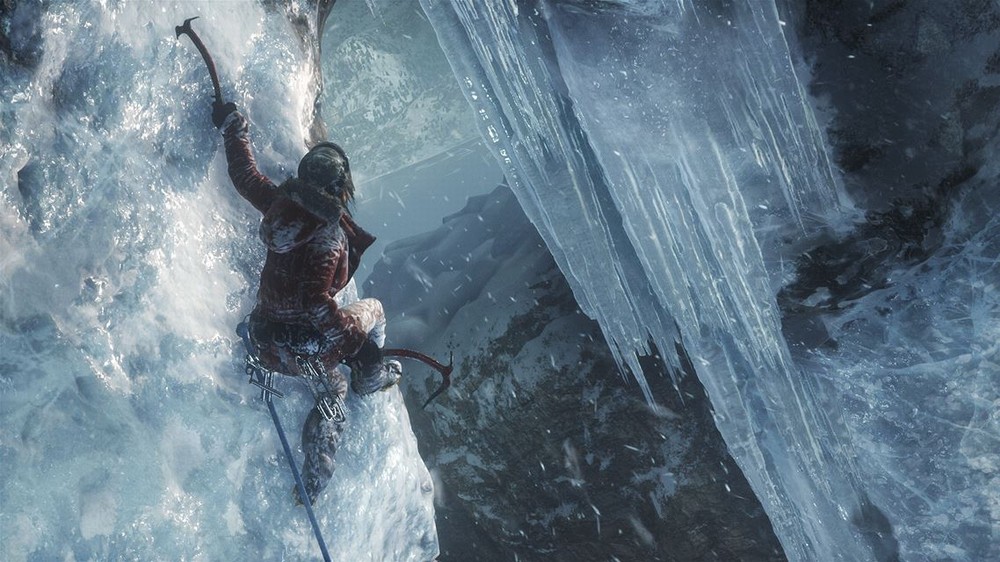 Rise of the Tomb Raider works at every level. There is some great platforming action with crazy ice wall climbing, ledge jumping, zip line traversal, and shimmying across crumbling ledges at dizzying heights.  The collectible hunts are endless.  I loved the relics and all the documents that provided some unique backstory to the game.  I really wish they would let the voice overs for these documents continue to play while I continue to explore.  I hate sitting there on static screens for up to a minute listening; especially when I can read it myself twice as fast.  Combat is fun and challenging with a great mix of upgradable weapons and solid cover-combat action.  The game is packed with so much content that at any given time you have at least a half-dozen things you can do that aren’t even part of the main quest.

Despite some annoying framerate issues in the two largest sections of the game Rise of the Tomb Raider is still one of my all-time adventure games and certainly my favorite installment in the 20-year history of the franchise. Everything from the photo-realistic graphics, smooth mo-cap animations, and brilliant art design to the stirring music and flawless voice acting (Camilla Luddington is the perfect Lara) sets the bar very high for the rest of 2016 when it comes to action/adventure games.

Happy Birthday Lara, and I can’t wait for your next adventure! 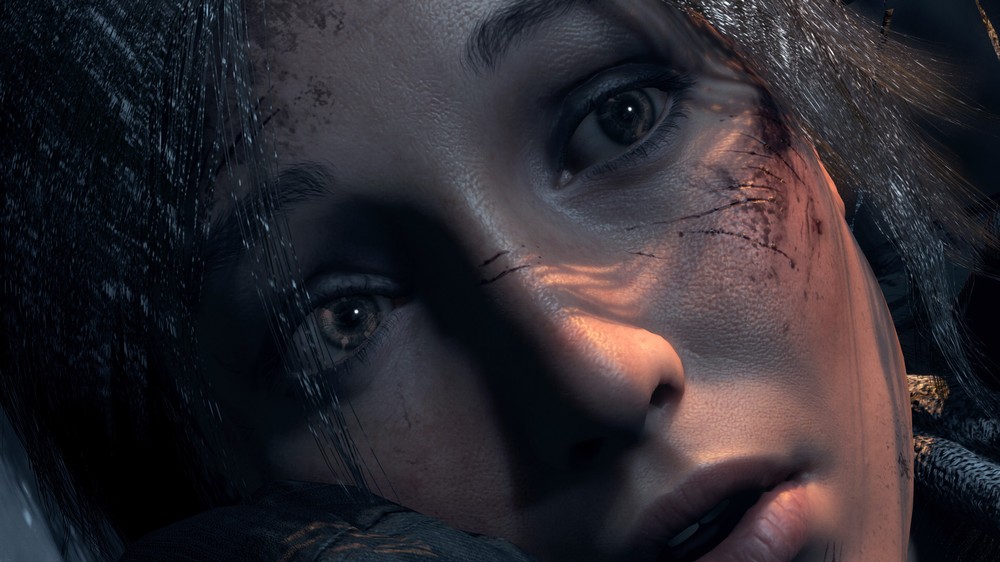 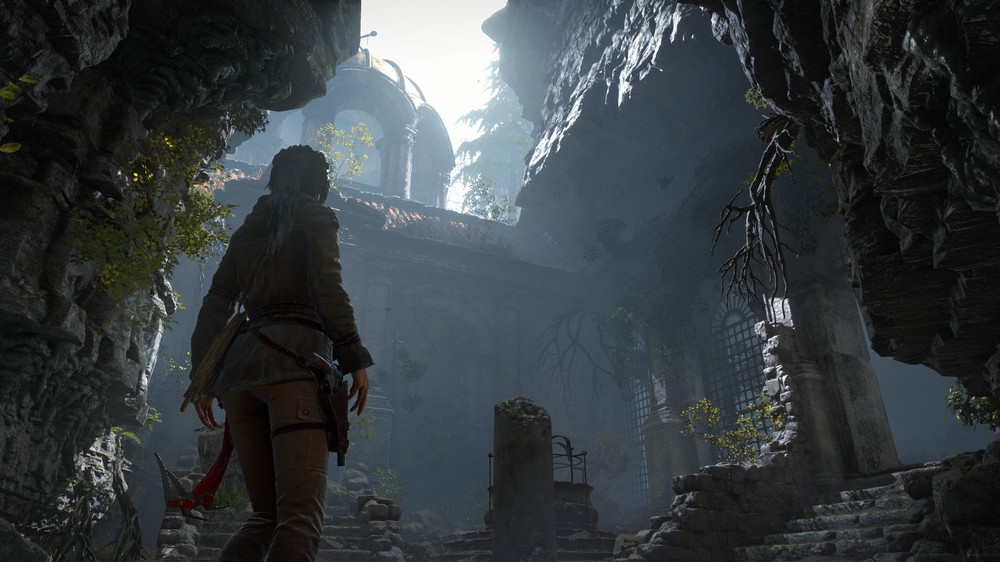 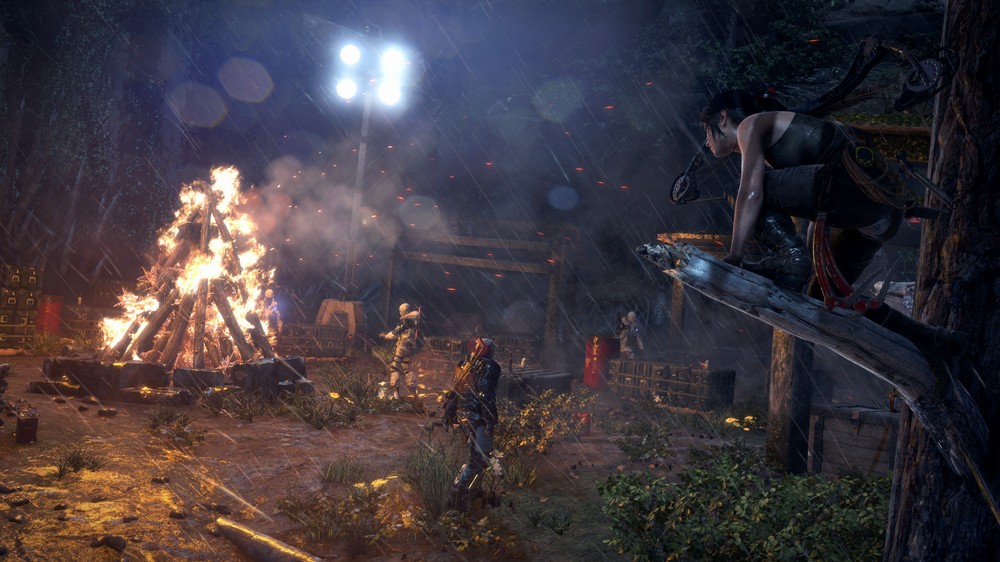 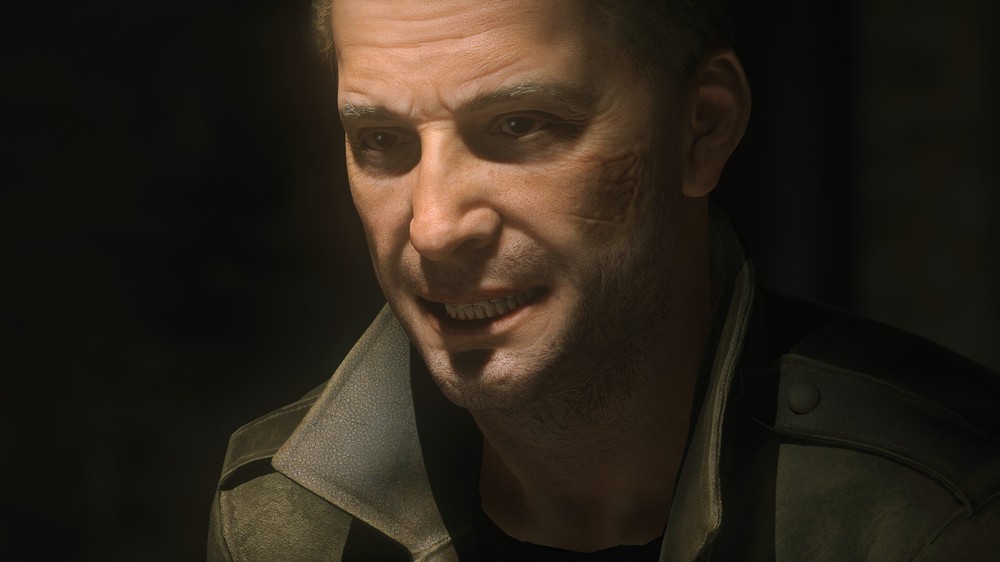 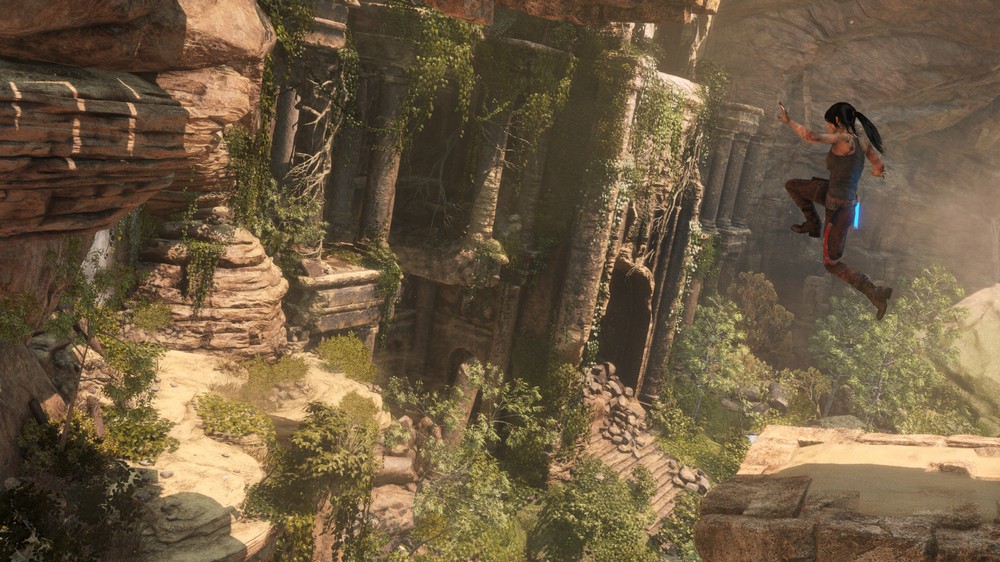 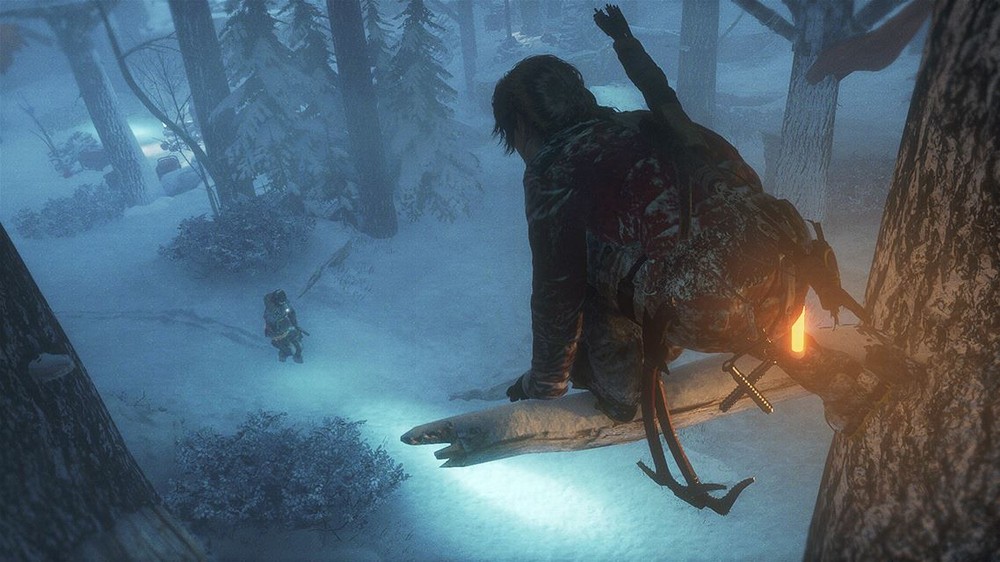 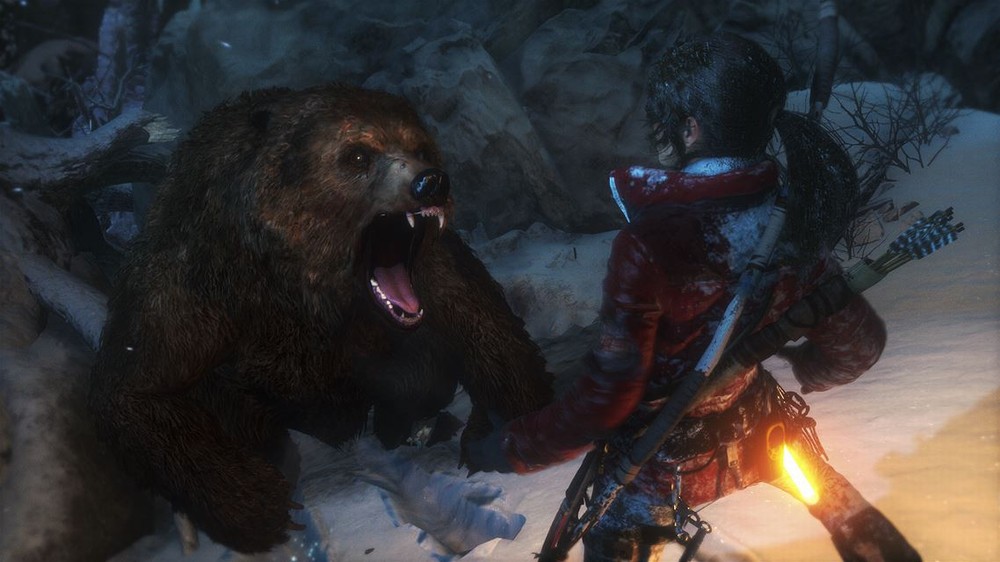 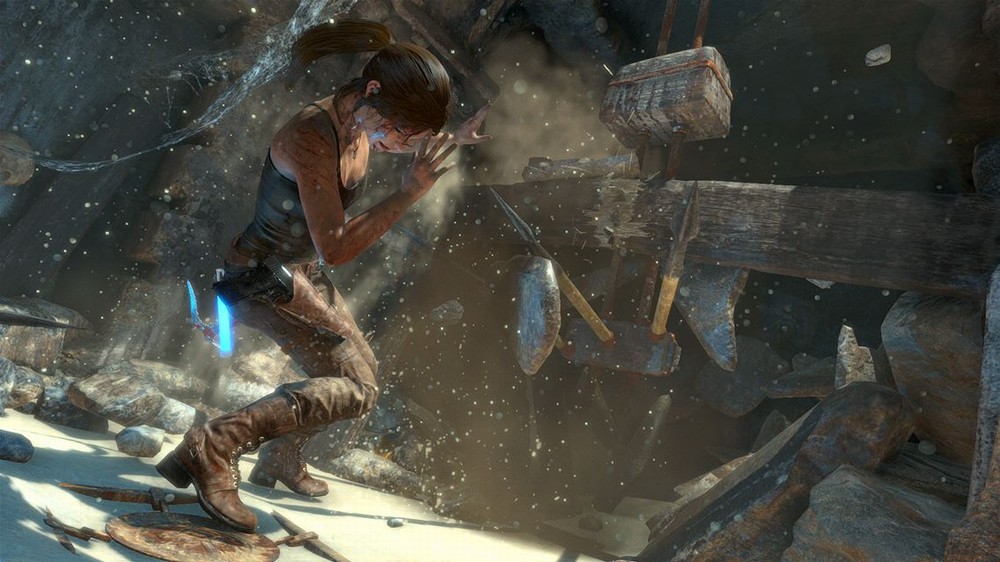 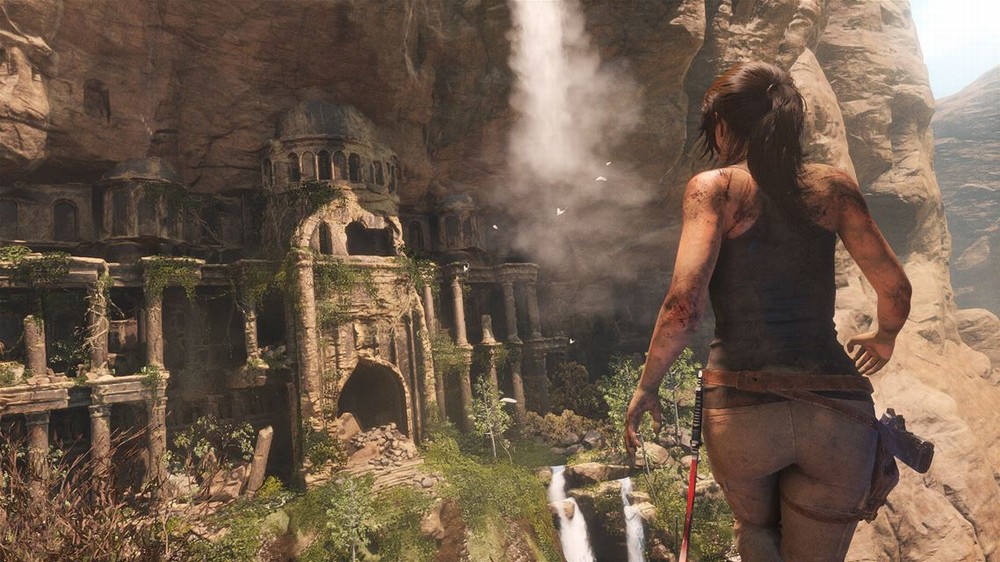 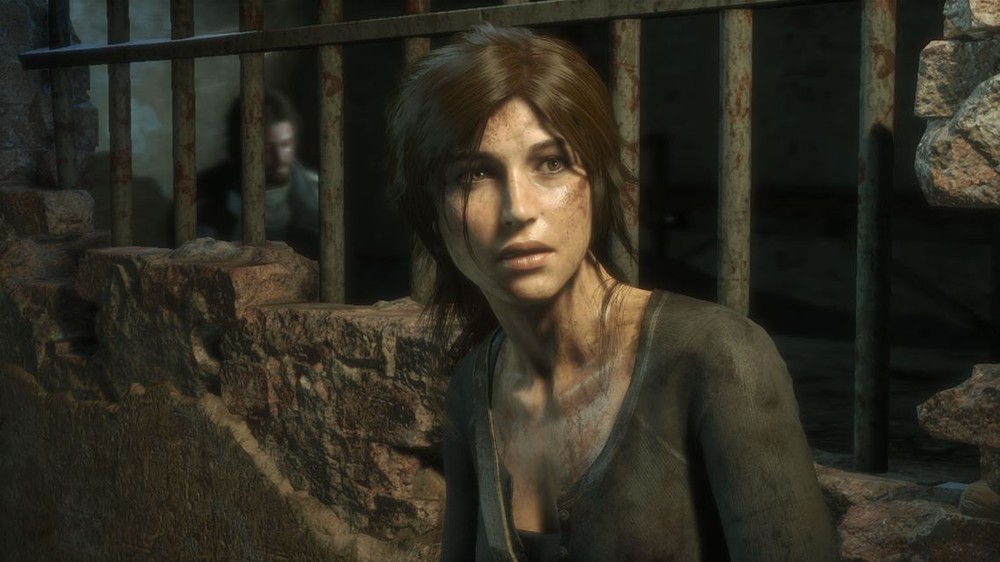