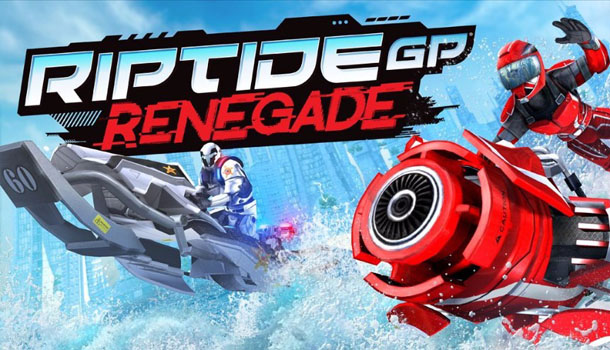 + The sensation of racing on water is very unique and well-delivered.

Take away the water and this is just a basic racing game.

Riptide GP: Renegade is a game all about racing jet skis. Or, as they call them in the game “hydrojets”. The single player campaign has a kind of a story about your character seeking redemption after losing everything because of getting caught racing illegally. You start with a cheap, basic hydrojet and have to work your way up from the low-level races back up to the professional circuit in order to reclaim your title as the best hydrojet racer in the world. Along the way, you’ll earn new hydrojets and the ability to customize your hydrojet and your outfit.

The feeling of riding on water is very well done, with water spray effects that coat the screen after a big splash. This is really the big gimmick for this game. The game’s enjoyment definitely comes from impressing upon the player that you’re racing on water and that this is very different, physically and mechanically, from other types of racing. If this part of the game were removed, the actual racing in this game wouldn’t stand out in any way from any other racing game on the market. Luckily, however, they nailed the feeling of racing on water, so it works. 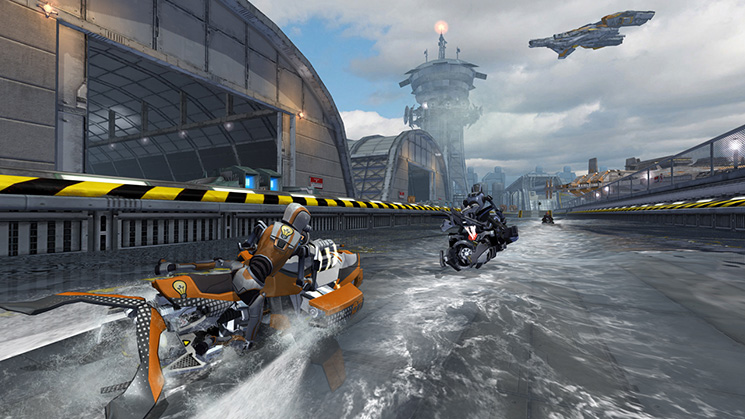 The course design is pretty lackluster. I guess there’s only so much you can do when designing levels that have to follow laws of fluid dynamics, so maybe it’s just something inherent in the design of racing hydrojets, but the levels all seem to be fairly flat (aside from in-built jump ramps and certain drop-offs).

When you hit jumps, you are able to perform stunts while in the air by pushing the control sticks in different directions. Other than looking cool, I’m not sure if there’s any functional reason for doing these tricks. On top of that, tricks are hard to land, so I usually found myself opting out of trying to do them in the first place rather than crashing while trying to land one. 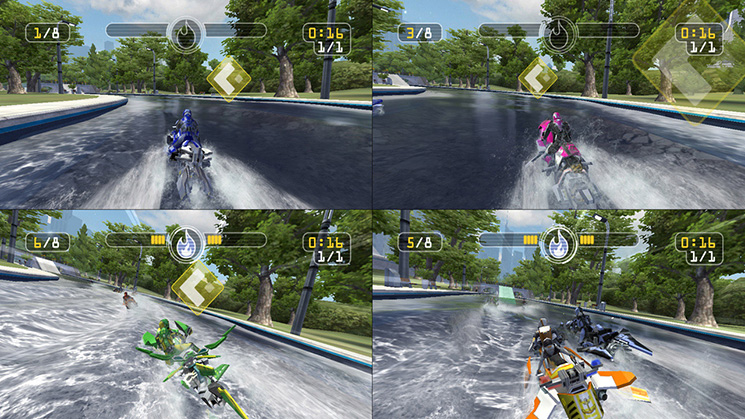 The game takes full advantage of the Switch’s focus on multiplayer and offers split-screen multiplayer for local racing with up to four people as well as an online multiplayer option for up to eight people looking to get into some competitive racing against real people instead of computer opponents.

I like racing games and it was refreshing to play one that captured that feeling of racing on water so well. The last time I played something that felt like it was Jet Moto, so fans of games in that specific genre will be happy. Otherwise, just comparing it to other racing games in general, I feel that it is only average in its delivery. The multiplayer aspect adds a lot of replayability and the campaign, though shallow, makes for an interesting single-player experience. 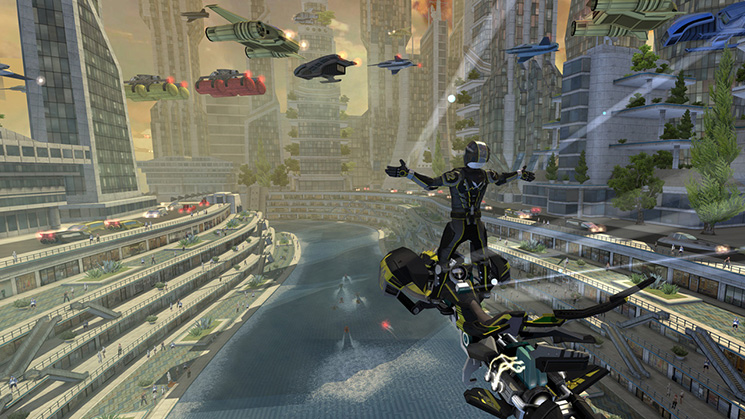 In the end, I would recommend this to people who are particularly fans of the specific sub-genre of racing games that take place on water. If you’re just looking for a great racing game for the Switch, I’d maybe look around a little more before making a decision on this game. The price point might be a swaying factor, but if you’re willing to spend more to get a better racing experience, I’d steer in another direction. 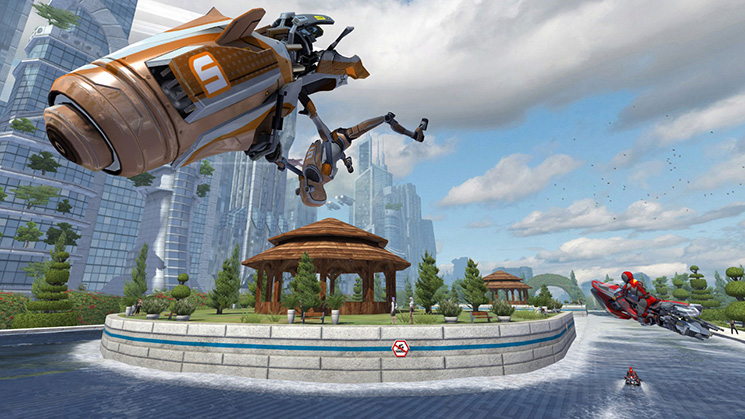 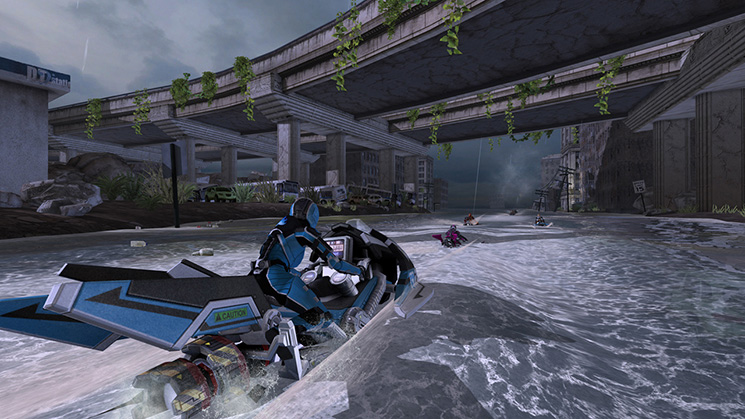 1
880
The Walking Dead: Saints & Sinners Review – Oculus Quest
2
751
Take to the Skies and Choose a Side in the New Trailer for Next Generation Air Com...
3
751
CRASH BANDICOOT 4: IT’S ABOUT TIME IS AVAILABLE NOW
4
751
Join the Galaxy’s Finest as Star Wars™: Squadrons Soars Into Homes Today
5
751
The Falconeer First-Look Preview – PC
6
751
Metamorphosis is 33% Off on Steam!
7
751
Werewolf: The Apocalypse – Heart of the Forest launches on October the 13th
8
751
Synth Riders Celebrates Anniversary with a Month Full of Treats and an Oculus Ques...
9
751
Worm Jazz Review – PC
10
750
Frictional Games Shows Off First Gameplay Footage of Amnesia: Rebirth
All Original Content on Game Chronicles is Copyright (c) 2002-2020
Sinjin Solves Walkthroughs Copyright (c) 1996-2020 by Mark Smith