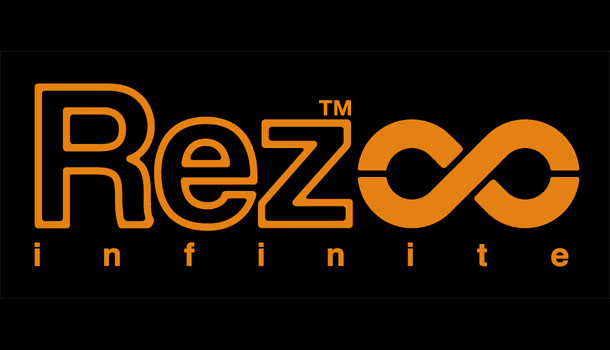 - Lacks variety so it can get repetitive if you play too much at once.

The best rail shooter you can play at launch and a must own title for anyone with PSVR.

I played the original Rez back in 2001 on the Dreamcast and I still remember spending countless hours rocking out to those trance-like beats shooting all sorts of psychedelic targets. Even then the graphics reminded me of one of my favorite VR movies, The Lawnmower Man, and now that Rez Infinite has finally come to the PlayStation VR the immersion of that movie and my favorite hobby have become truly combined.

Rez Infinite can be played on the PS4 on a normal TV and it will play and look much like the same game from 15 years ago, but once you slip on the PSVR and that entire world of lights, shapes, and music envelops you…well nothing can prepare you for that experience.   At its core Rez is a rail shooter and there are several of those available at PSVR launch; games like Until Dawn: Rush of Blood and Thumper, but Rez Infinite takes the concept to new heights by seamlessly integrating the shooting mechanics and the resulting sound effects right into the epic soundtrack. 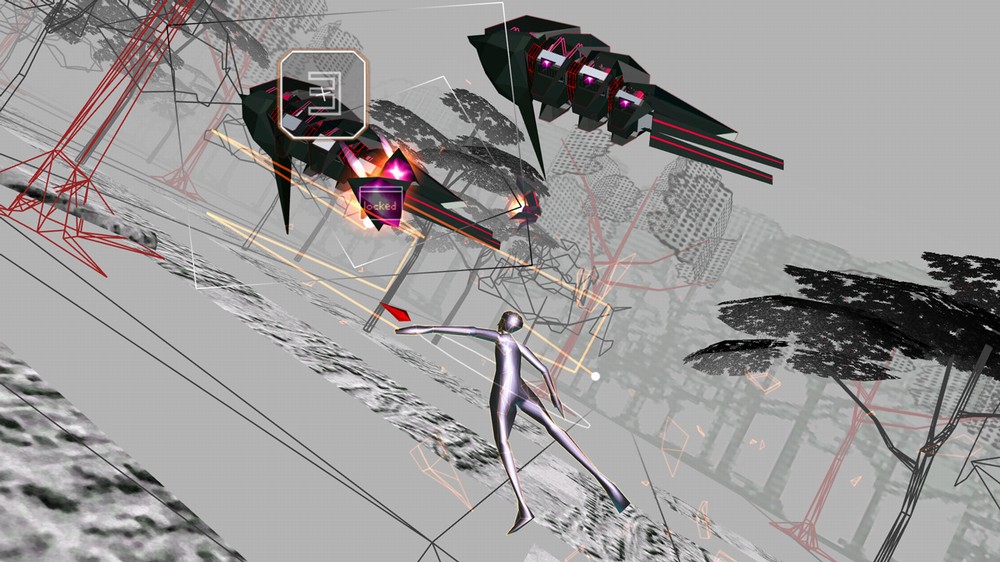 By being on rails the game is in control of where you are looking; either forward, left, right, or behind, and you can move your head for more casual viewing and refined aiming in that general direction while using the DualShock 4 or a PS Move controller to paint your targets and release swarms of lock-on missiles to take them out. Personally, I found no advantage to using motion controls versus the analog stick on the gamepad.

The pacing is frantic with throbbing techno beats to match. Enemies swarm into view in various formations and the occasional mini-boss or main boss will appear to demand some more aggressive shooting skills. It’s very easy to slip into the rhythm of the game then smile in delight as your destroyed enemies add their own musical notes and sound effects to the mix. 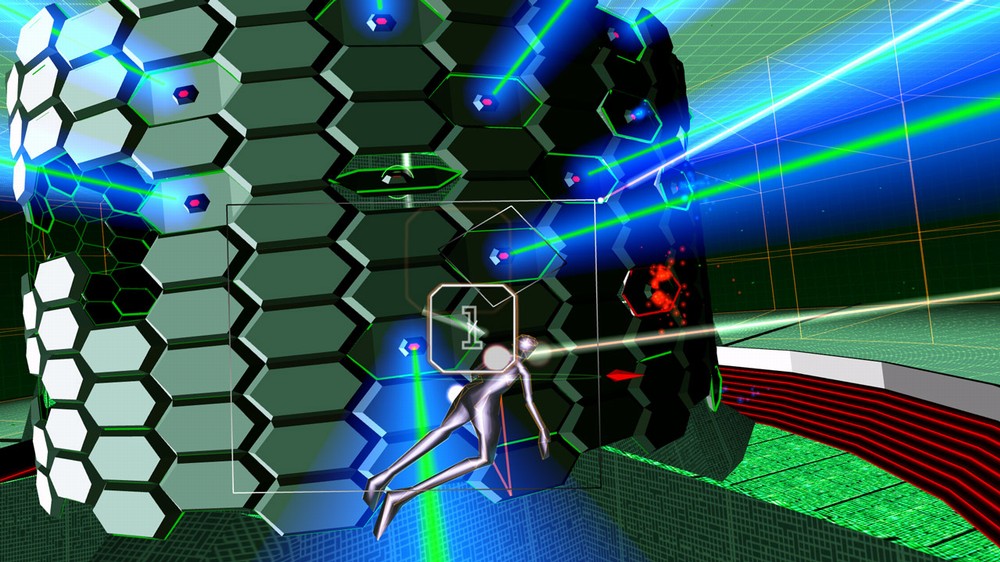 I was impressed that with so much going on the game runs at a flawless 60fps on the big screen and 120fps inside the VR headset, so there is no chance of motion sickness – at least not due to framerate. The sensation of floating in this wild electronic dream world is unlike anything I’ve experienced on the PSVR out of all the launch titles. It really is like stepping into another disembodied reality.

Rez was ahead of its time when it debuted on the Dreamcast, and even when it made its way to the Xbox it remained an underappreciated cult favorite, but now with the power of PSVR and its ability to actually insert you into this dynamic and futuristic new world, perhaps it will finally get the long overdue respect it deserves.   Sure, it may only be a rail shooter, but it’s the best rail shooter you can play at launch and a must own title for anyone with a PlayStation VR. 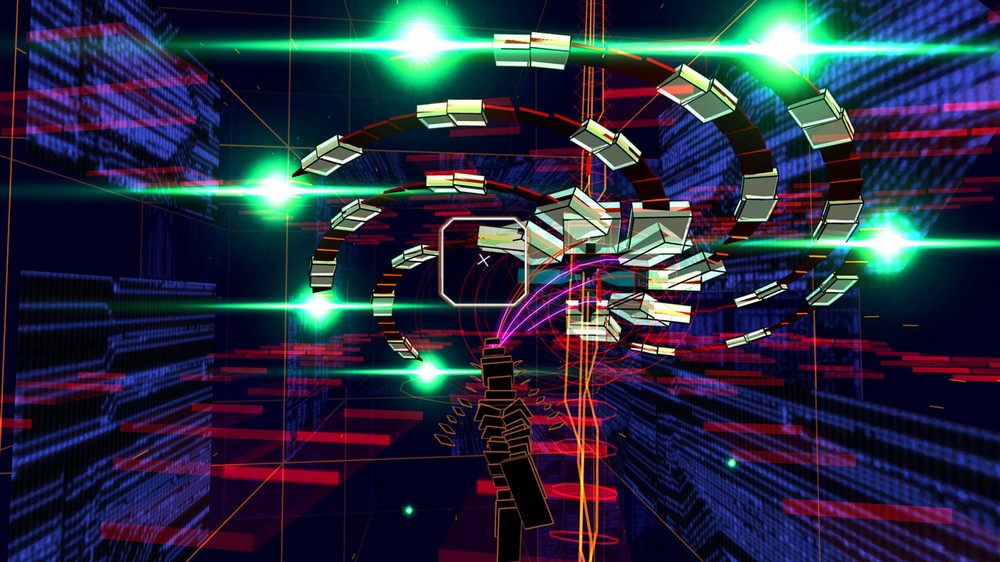 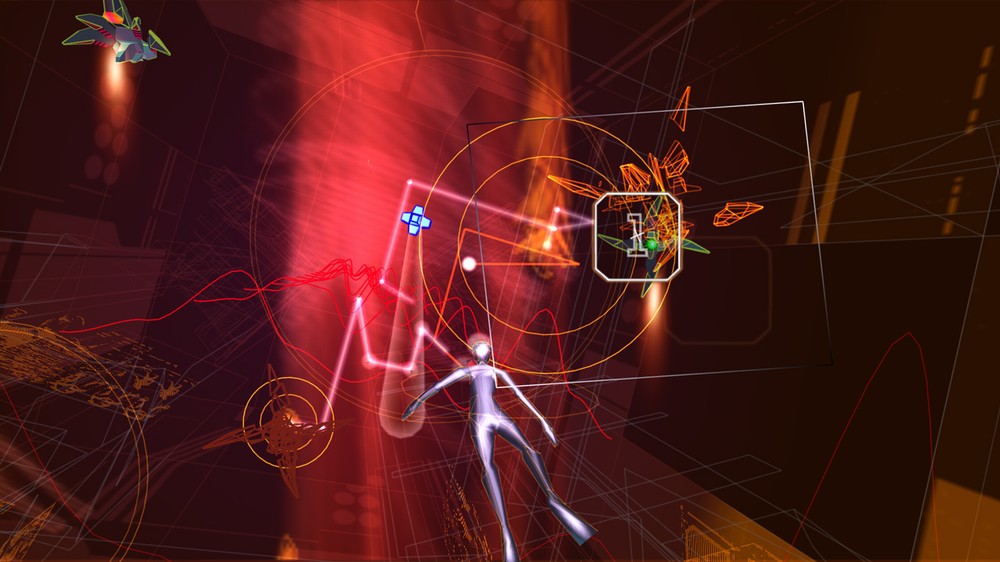 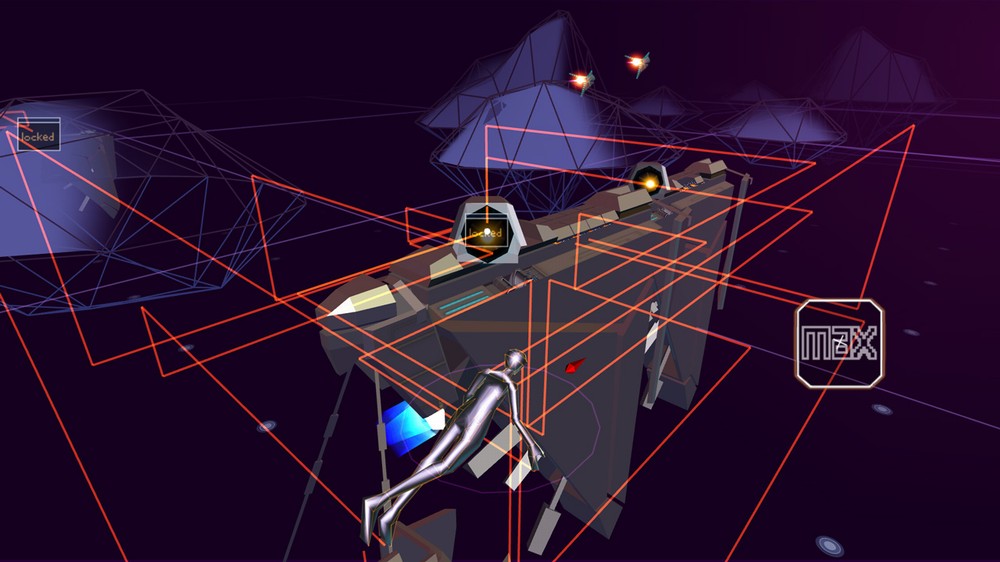 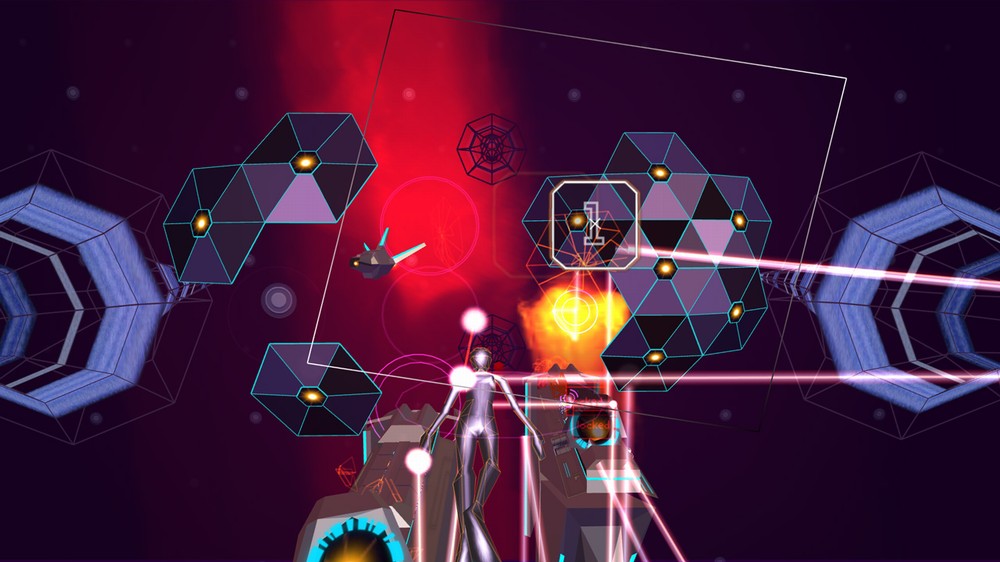 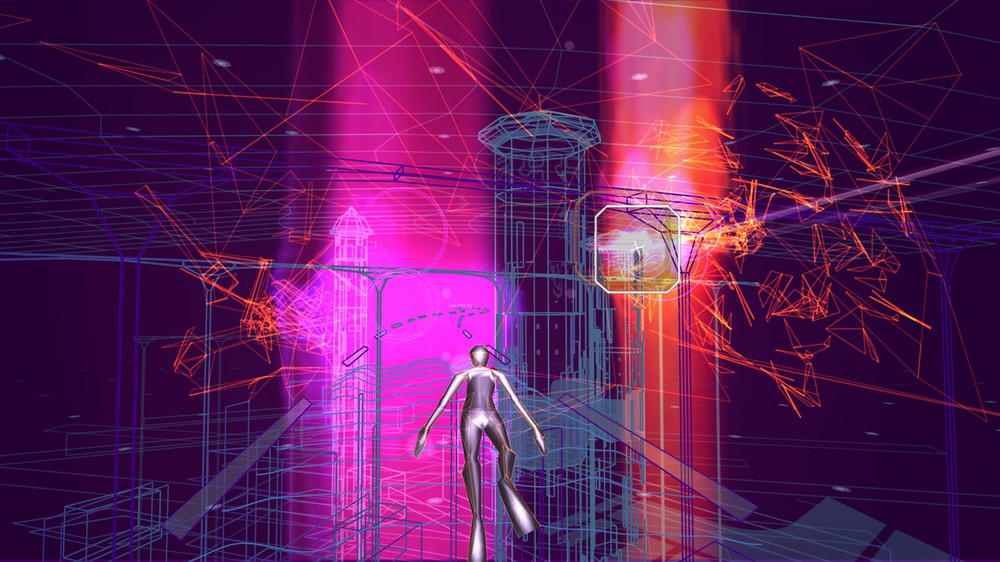 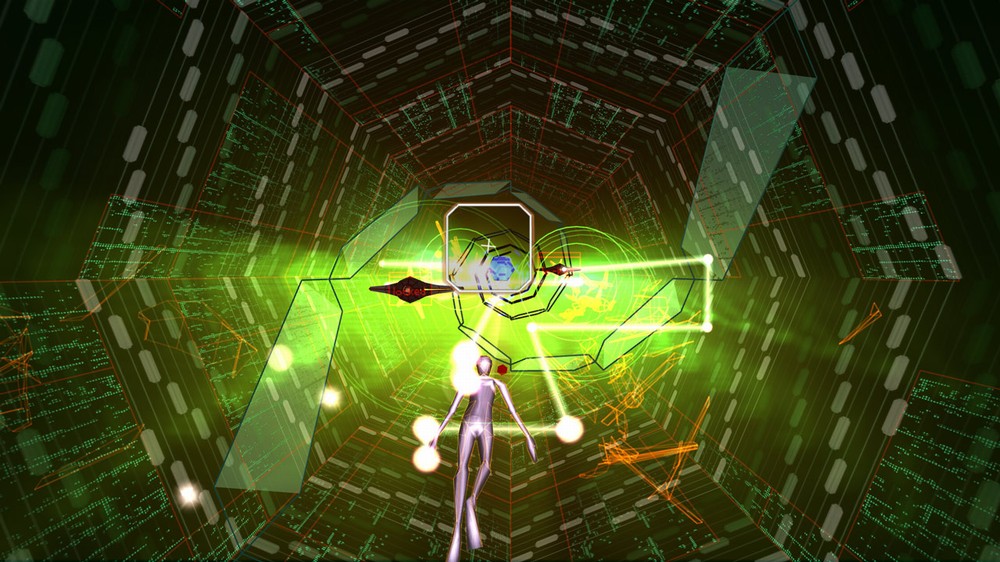 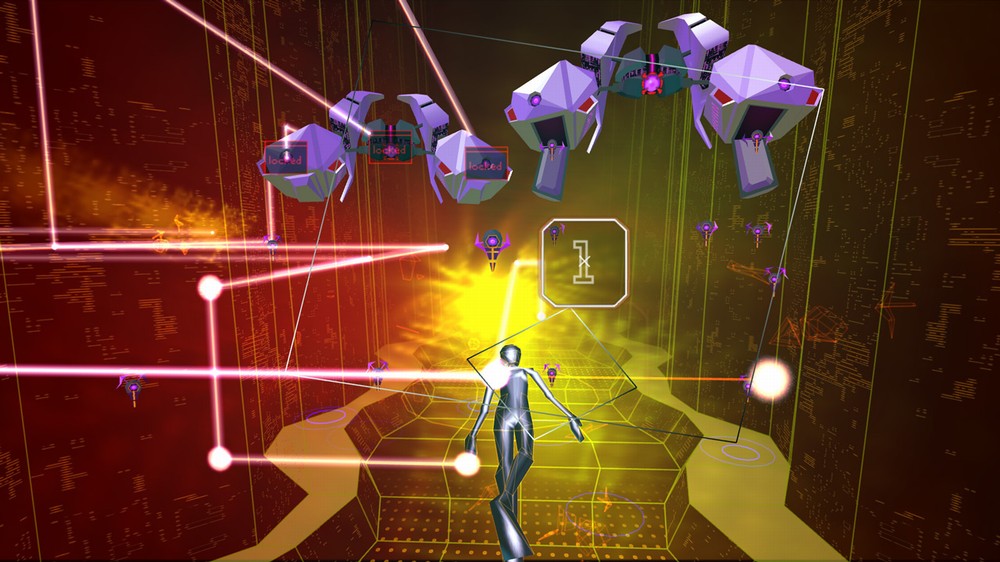 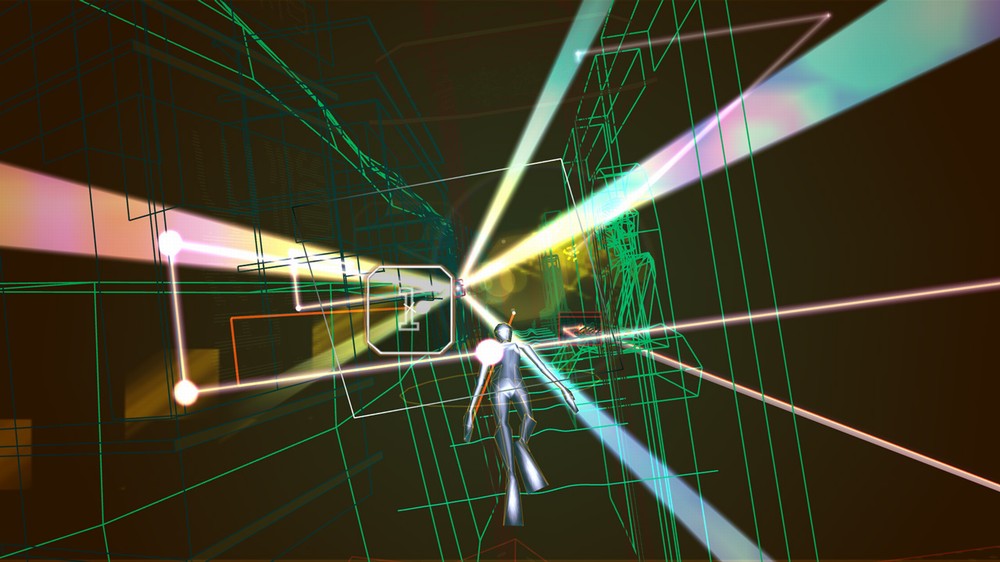