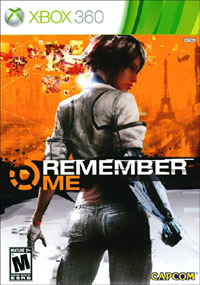 Recommend for those seeking an interesting story and a decent fighting system.

I have to say that I’ve always been a fan of most of the titles that have come out of Capcom’s developing and publishing ventures over the years. While the name Capcom is and always will be associated with hits like Street Fighter, Resident Evil and Devil May Cry, there was another title that drew my attention from Capcom’s publishing side. The game in question is called Remember Me for the Xbox 360 and this little gem is brought to you by developer DONTNOD Entertainment.

First off, Remember Me has an awesome name for a game, though it’s not for the brief one-liner after the first boss fight. Instead it defines the storyline in this futuristic adventure set in a 2084 Neo-Paris where memories are a commodity and nothing is secret. Remember Me follows Nilin, an elite memory hunter, who at the start of the game has her memories wiped for reasons unbeknownst to the player and Nilin herself.

You are rescued by someone called Edge as he creates a diversion for you to escape. All while he tells you that you were a member of a resistance group called Errorists who are seeking to end the taking and using of people’s memories. The rest of the game you play as Nilin as she aids Edge to serve as a means to an end to get back her missing memories. Along the way you realize that the things you’re doing may not be quite so noble. The beauty of Remember Me is piecing together the story between the moments of exploration and combat. I absolutely loved the story and exploration elements that make up this nicely crafted experience. 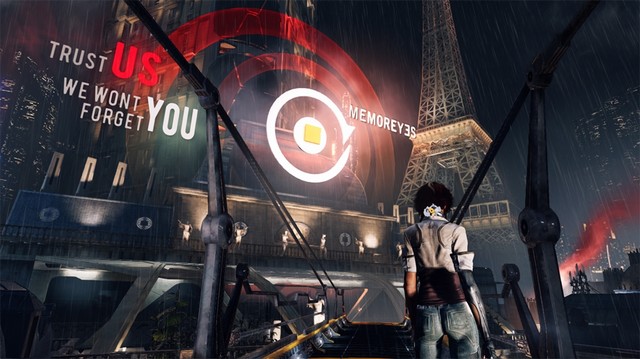 While you’re not stopping to take in the sweeping cityscapes or marveling at the little details, you’ll probably be kicking some ass via the combo-based combat system. Now I have some mixed feelings about the combat and for me it’s not so much the combat itself but the areas in which you fight. Sometimes you fight in nice open arenas but other times you’re going up against several different in areas no bigger than small tight balconies.

The combo-based combat itself is actually quite cool and takes things a step further than any other beat ‘em ups that I’ve played to date. Most games of this nature only allow you to pull off set combinations like you see in Devil May Cry. In Remember Me, you get to configure what a set of commands actually does thanks to the Pressens system. There are four classes of Pressens (Power, Regen, Chain and Cooldown) to be gained slowly throughout the course of the game. You only get to start with a three hit combo but you can choose what happens.

Do you put all Power Pressens in it for maximum damage or mix it up and add a Regen in to gain some much needed health in the heat of combat as you execute them using the X and Y buttons? The choice is entirely yours. The one thing that I really liked is that the further along a Pressens is in a combo the stronger it is when executed properly. Besides the used defined combos there are other abilities that Nilin can use to aid her in combat as well. Known as S-Pressens, these special abilities give Nilin the edge in combat to move faster delivering devastating blows or allow you to time to single out key enemies by stunning every target in an area. 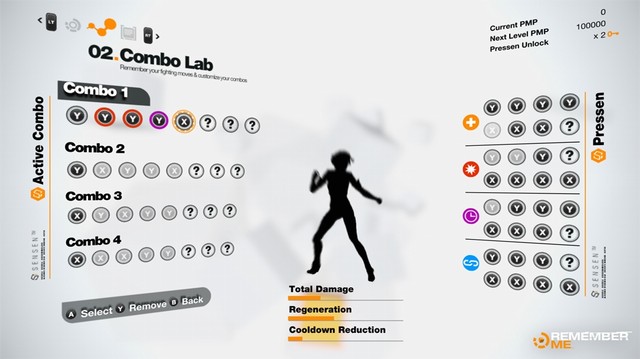 The nice one thing about Remember Me is that it contains almost no use of guns in it except for Nilin’s Spammer and when it drives the story which is cool. The Spammer is also used to interact with the environment activating doors, shutters and other objects. Unfortunately there is bad to go with the good. There are several glitches that I experienced one of which froze the game and took me 6 tries to get past.

Remember Me has a cool story, but it’s the graphics that I really loved. First you have Nilin, a cool, strong and very much emotionally charged character that isn’t overly sexualized joining the ranks of Faith and the re-imagined Lara as a main character. Second is the gorgeous and sometimes dark side of Neo-Paris that while not quite as refined as the PC version is quite pretty. The blend of beautiful Parisian architecture mixed with futuristic trimmings such as androids (no not the phones), motorized sliding doors and plenty of neon to be had. Think of it as a prettier version of Blade Runner.

There is also one other feature of Remember Me that is wickedly cool in both a gameplay element as well as in a graphical sense. Occasionally throughout the game you get to see one of the things that make Nilin unique from the rest of the Memory Hunters. Nilin can not only seek out memories and take them but she can remix them to make the memory owner remember things a little differently as she sees fit. This is a really cool feature and while it can be a little disturbing the way it is portrayed visually is awesome. It’s like watching a VHS and then rewinding or fast forwarding it to find ways to change the outcome of the memory. 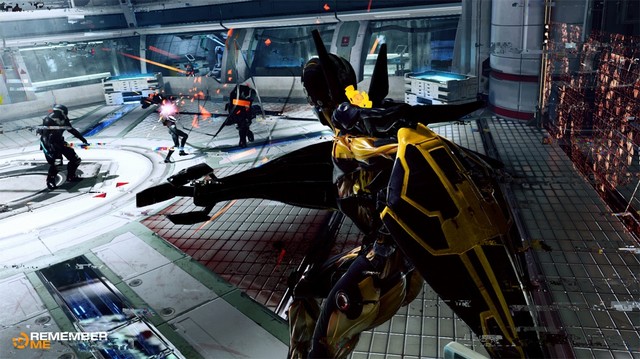 The score for Remember Me is actually one of my favorite things about this title thanks to its unique styling. I expected nothing less though from the French composer Olivier Deriviére, the man who scored both titles in the survival horror ObsCure franchise. The swelling orchestral music that plays when the camera pans out to showcase a new area of Neo-Paris is just as awe inducing as the remixed choppy pieces of score while you’re in the middle of a fight.

Remember Me features a great concept for a game and one that I find quite awe inspiring. It’s a game that focuses heavily on a story though gives the player enough interaction through the combat and the exploration to make them feel a part of it through Nilin. There are plenty of collectibles both of the character development (upgrades) and back-story kind to keep you busy throughout your journey as well. I like the back-story bits as they show a glimpse of how social media could evolve, though one that I would not wish to see, though the use of memories.

As I played through to the climatic conclusion of the game, I came to the realization that Remember Me is one of those titles that I will love when others may not. The combat is different in a way that it isn’t just another in the “beat the enemy until they are disabled (yes no violent kills)” department, but something rather unique. The story is engaging at times and I couldn’t wait to see how it played out. Remember Me is definitely one that I would recommend for those seeking an interesting story and a decent fighting system despite the games few technical flaws. 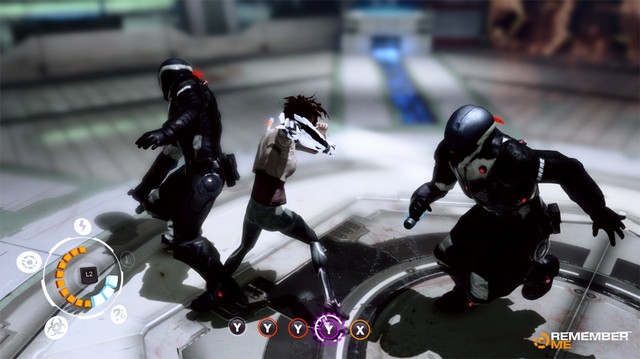 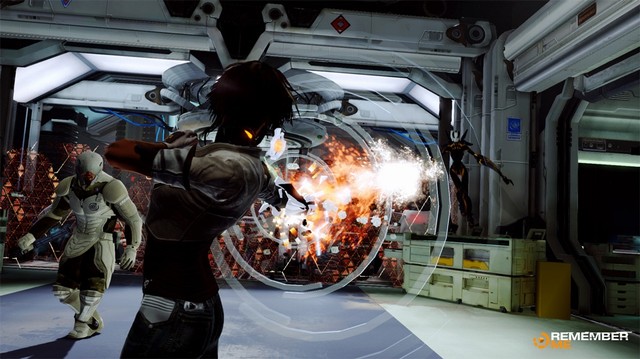 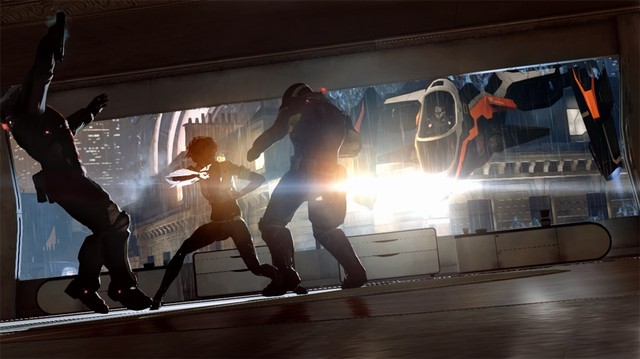 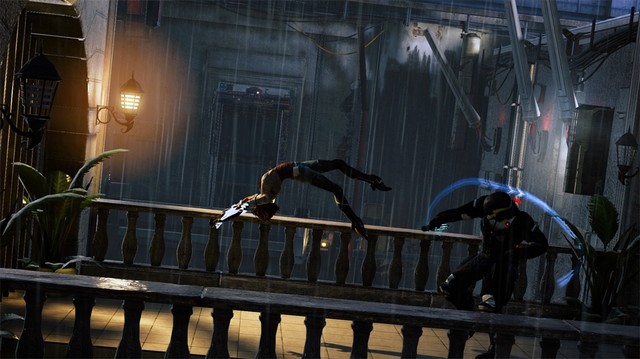 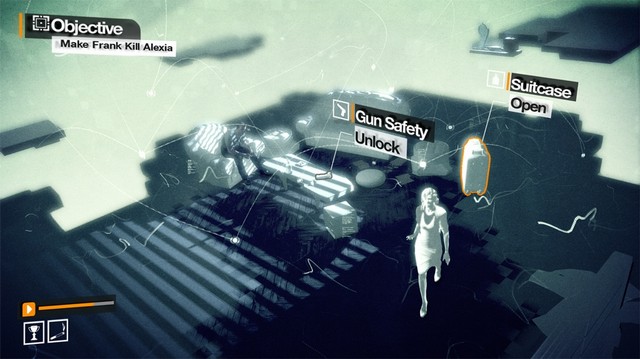