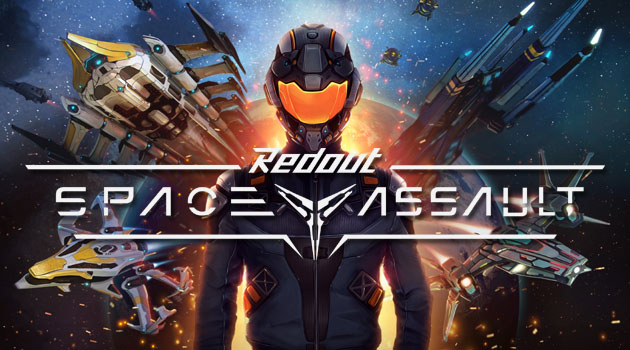 Who knew space combat could be this boring.

I’m not sure where to begin with Redout: Space Assault.  I supposed we could talk about how the game is deceptively using the “Redout” name to lure in potential customers who were fans of the 2016 anti-grav racing game or maybe we can talk about how this is a poorly conceived mobile game ported to the PC with little effort.  No matter how you approach it, Redout: Space Assault is just not a very good game despite having some superficial charms.

Screenshots and trailers are quite deceiving for this one, as I jumped into the cockpit expecting some awesome space combat action along the lines of Star Wars: Squadrons, but instead I found myself locked into an on-rails arcade experience I would expect to find in an arcade or maybe in VR.  While a few missions actually do open up and allow you limited freedom of flight you’ll find yourself trapped in a very small bubble of exploration before getting reattached to those rails. 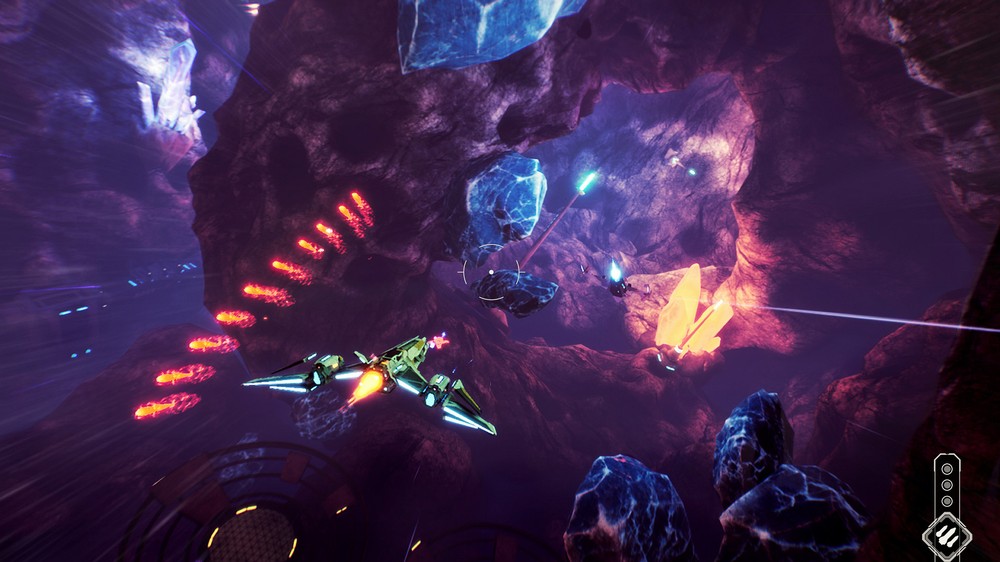 Gameplay is stripped right from the Star Fox design doc.  You have a rapid fire primary weapon and lock-on swarm missiles; you know the type where the longer you hold the fire button the more missiles lock on; quite useful for dispatching the numerous waves of enemy drone formations that swirl around you.  You’ll feel out of control most of the game, as you ride the invisible rollercoaster rails that take your ship in, around, and through asteroid fields or weaving through space stations or trailing an enemy boss ship, all the while mashing the left trigger to blind-fire lasers while doing the rhythmic press-hold-release to unleash your missiles.  There’s no real strategy or tactics involved other than moving your ship rapidly around the perimeter of the screen to avoid incoming fire.

You’ll only get a few missions into the game before you realize you cannot progress any further without substantial upgrades to your ship; more upgrades than you can earn through natural progression, which means you get to go replay all those previous levels and grind for more credits so you can upgrade your lasers, missiles, hull and shield.  Once upgraded you can then proceed a few more levels until you reach the next choke point then grind for more upgrade points.  At least missions have hidden blueprints and secondary challenges that you can tackle for bonus points, which helps ease the pain of replaying past levels. 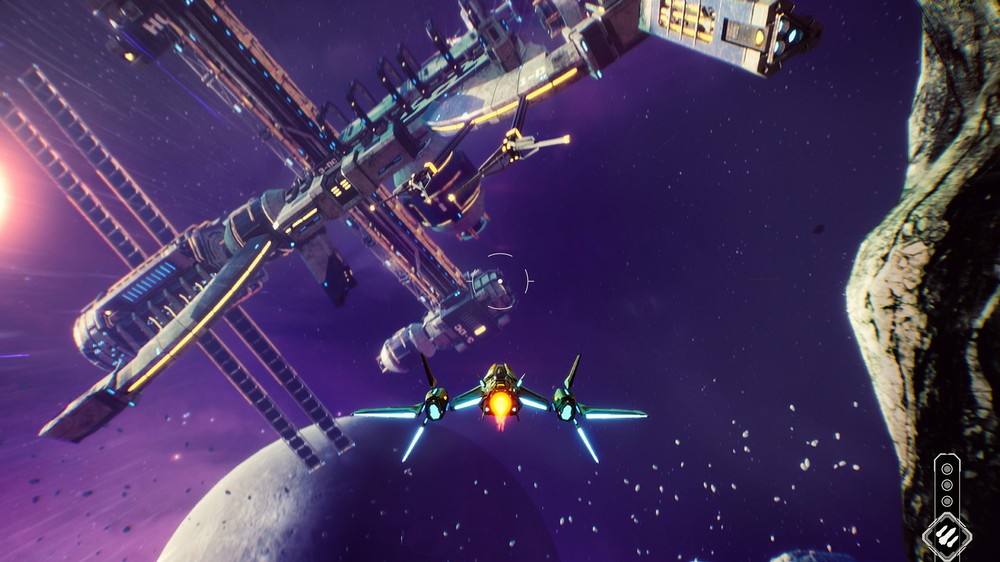 Redout: Space Assault does offer a story and for once it actually enhances the space shooter experience.  You get a lot of com chatter through the missions accompanied by classic 2D character portraits and the voice acting isn’t terrible despite the lame script.  Sadly, given the number of times you’ll be replaying levels none of this dialogue is skippable.  Thankfully the soundtrack is quite awesome and dynamically shifts to fit the challenge of the game, but sadly the sound effects are pretty weak given the explosive nature of what’s happening on the screen.

Redout: Space Assault offers a 9-chapter campaign with multiple missions per chapter.  Completing missions earns you credits to purchase upgrades as well as “cards” that can be equipped to offer boosts to certain elements of your ship.  You can only equip a single card so there is a bit of strategy in figuring which cards to use while converting the rest to credits.  You also have a bit of creative freedom with your ship, changing its design, size and color scheme.

This is a tough review because I would love this game if I was playing it in a sit-down cabinet or 10-foot screen at Dave & Busters or even on my Oculus Rift, but as far as a standard PC space shooter Redout: Space Assault just comes off as an obvious port of a mobile game with limited vision.  The broken HDR issues at launch kept me from even playing the game for several weeks until it was patched, and even in its current state the graphics are still washed out and unattractive with a simplistic design better suited to VR.  Despite the poor graphics fidelity the level design and space vistas are quite spectacular and thrilling to fly through.  The game lacks the flow you’d expect from a fast-paced arcade game due to its awkward difficulty and boss choke points that force you to grind previous levels for credits before advancing, and you have no idea how much you need to upgrade to overcome certain obstacles, so even that becomes try-die-repeat. 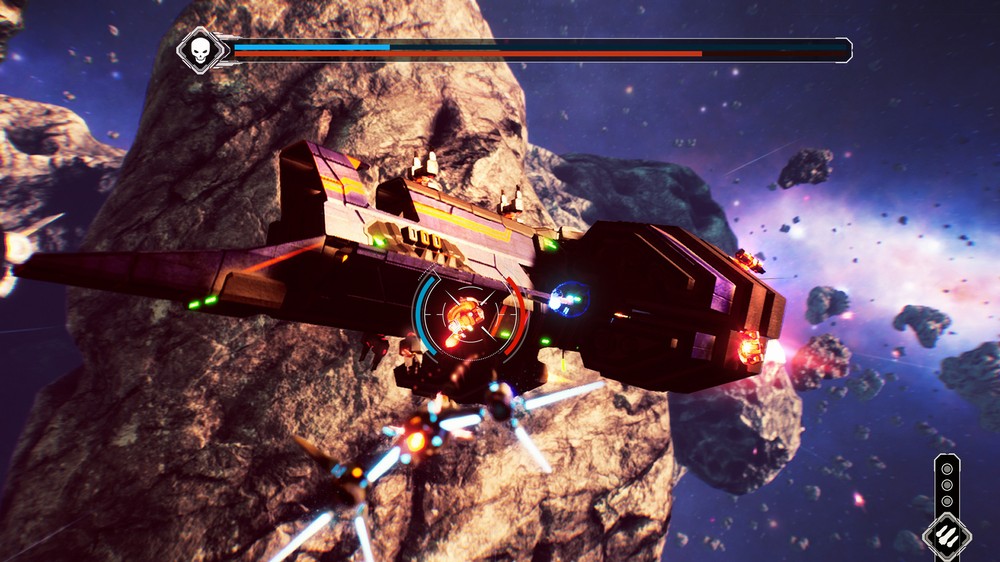 Admittedly, Redout: Space Assault is a pretty fun experience…mindless fun but still engaging until you reach those inevitable choke points.  With frequent checkpoints, no lives, and endless continues you might be tempted to keep trying to fight a particular boss, but ultimately it’s all about those stats for weapons and defense.  Once I came to terms with the on-rails aspect of gameplay I didn’t mind going along for the ride.  Controls were responsive, but I did have issues when the game disabled target lock while pursuing boss ships and I had to not only avoid incoming fire but also focus my camera on certain parts of the ship to attack.

There are a lot worse games you could spend $10 on, but there are also a lot better space shooter options out there as well.  I have no doubt this is a great game in the Apple Arcade; it was clearly designed for mobile gameplay with its intuitive interface and on-rails design with weapons clearly meant for touchscreen input.  You might want to check out Redout: Space Assault on that platform, but there are just too many issues with this PC port to recommend. 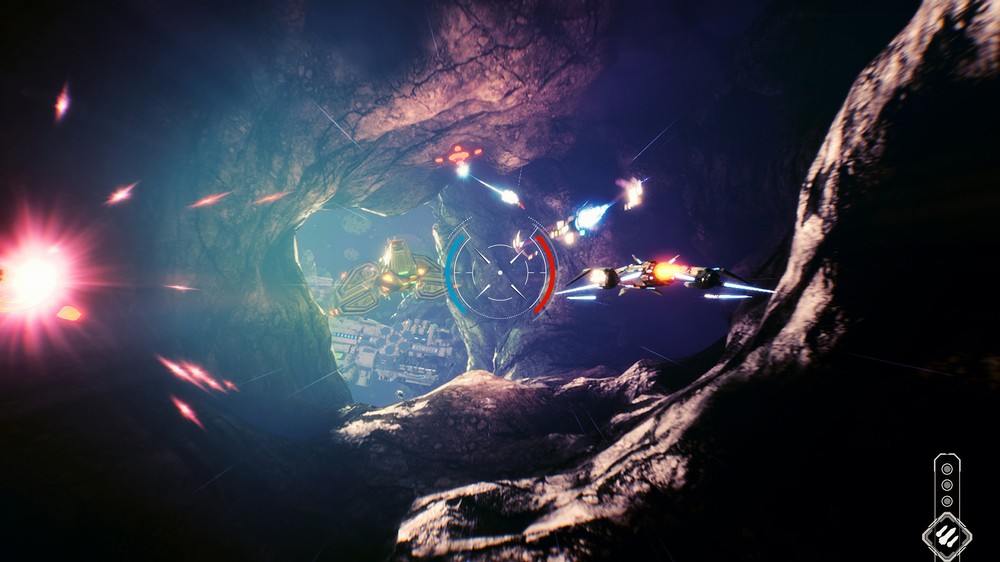 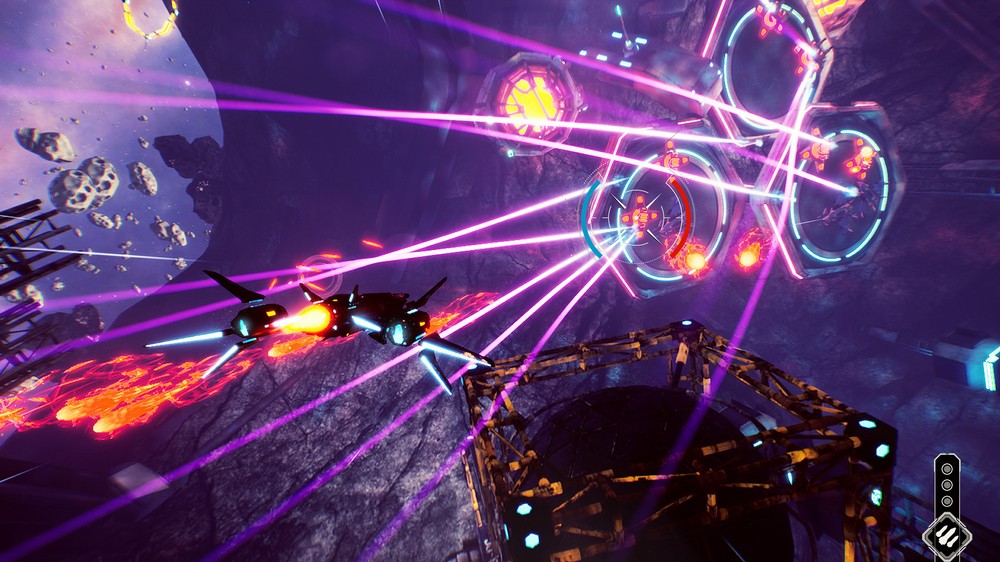