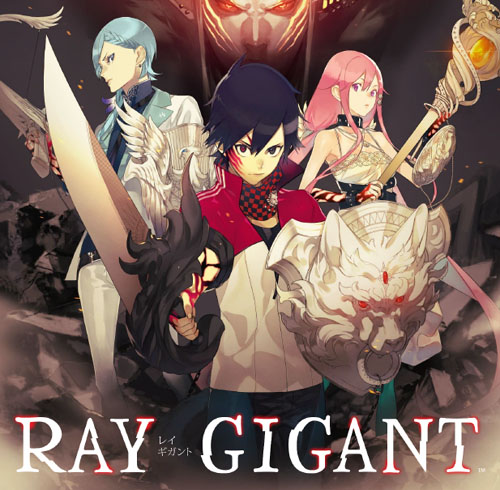 A solid entry in the JRPG genre that will keep you and your Vita busy for a while.

Despite its failings, the PlayStation Vita has quite possibly become the console to own if you’re a JRPG fan. From Persona 4 Golden to the Disgaea series, the genre is well represented on Sony’s handheld. While 2016 may be the year we begin to see the PS Vita disappear off of store shelves, titles such as Ray Gigant continue to be released on the console, ensuring that the Vita has at least some life in it for the foreseeable future.

Ray Gigant takes place in the near future, in a world where giant monsters, known as Gigants, have appeared and laid waste to numerous cities on Earth. With most of humanity enclosed in safe zones, warriors in possession of Yorigami are sent out to battle the Gigants, and keep them away from civilian populations. If this brief synopsis alone seems confusing, be forewarned that Ray Gigant contains a whole host of terminology to learn, and though it does eventually become clear, the first couple of hours with the game may well be spent attempting to remember what certain words mean, and trying to decipher what certain characters are talking about. 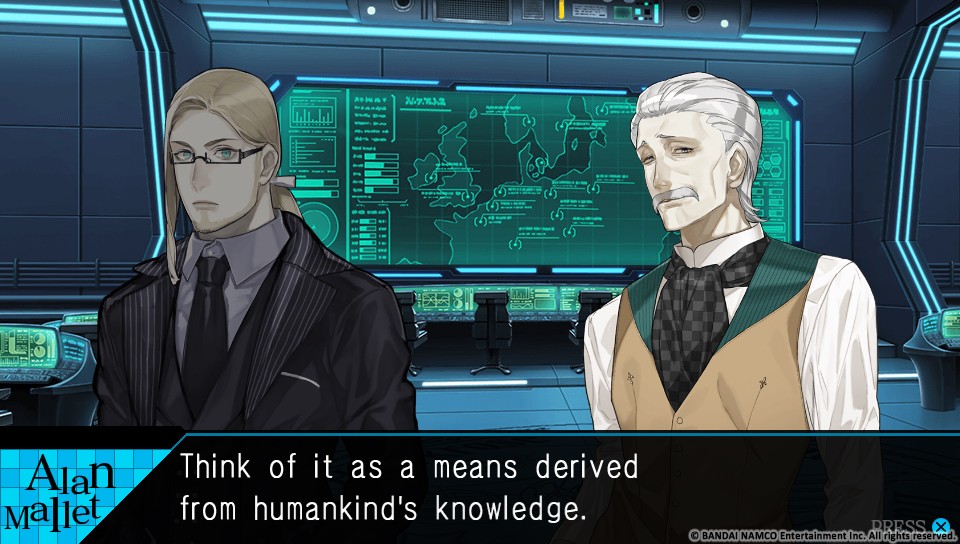 There is a lot of talking in Ray Gigant, with the game comprising of an almost fifty-fifty split between a visual novel and a dungeon crawler. Most of the visual novel experience is a passive one, with the occasional choice of how to respond to a line o dialogue, but this doesn’t have any real impact on the narrative aside from the immediate response of the character that you’re conversing with. The story of Ray Gigant isn’t really anything to write home about, with a fairly unoriginal tale of a reluctant and unsure hero fighting against giant enemies, though it does liven up a little later in the game with the introduction of two other protagonists and a small dose of mystery.

The rest of your time with the game will be spent traipsing through dungeons, known here as Megalosites, attempting to locate a specific Gigant who possesses an item to drive the story forward. While the visual novel elements of the game possess attractive 2D backgrounds, the dungeon crawling is presented in first-person 3D environments, which are largely bland and unappealing, and quickly become repetitive. Enemy design is thankfully more varied and exciting, with a definite sense of threat to their appearance, though these again start to repeat, albeit with different color schemes. 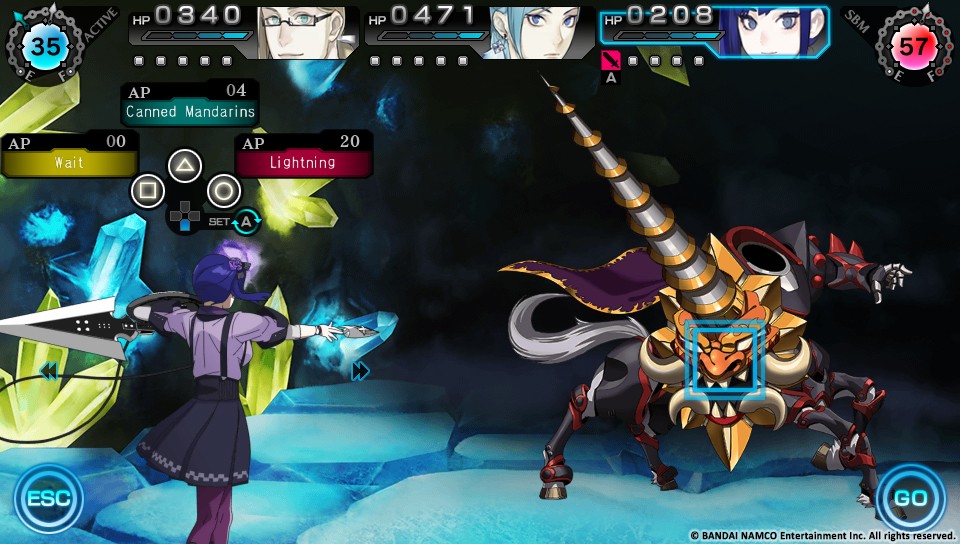 At the start of each Megalosite, you are given a brief overview of the dungeon you’re about to enter, with an indication of enemy and resource locations, but not the particular layout of the dungeon itself. This works well to give you a sense of discovery, while still feeling like you’re being guided in the right direction, as each dungeon is larger than the one before, and each takes a fair bit of time to get through. The problem is that I never really encountered a dungeon that I struggled to progress through, even with minimal grinding, so it starts to become a bit of a slog, especially once you’re comfortable with your characters’ levels and abilities. It’s refreshing that you start over with each new protagonist, as it brings back an element of challenge, but you’re soon easing your way through enemies once again, just with slightly different abilities.

Battles are turn-based, with Action Points (AP) dictating how many commands you can use in a particular turn. Through your party of three, each character can use up to five commands per turn, providing that you have enough AP to do so. While AP replenishes each time one of your characters is hit, and you get a bonus should you finish a battle in a low number of turns, it doesn’t refill between battles, meaning that you need to be aware of how much AP you’re using each battle, especially if you’re entering a difficult area. 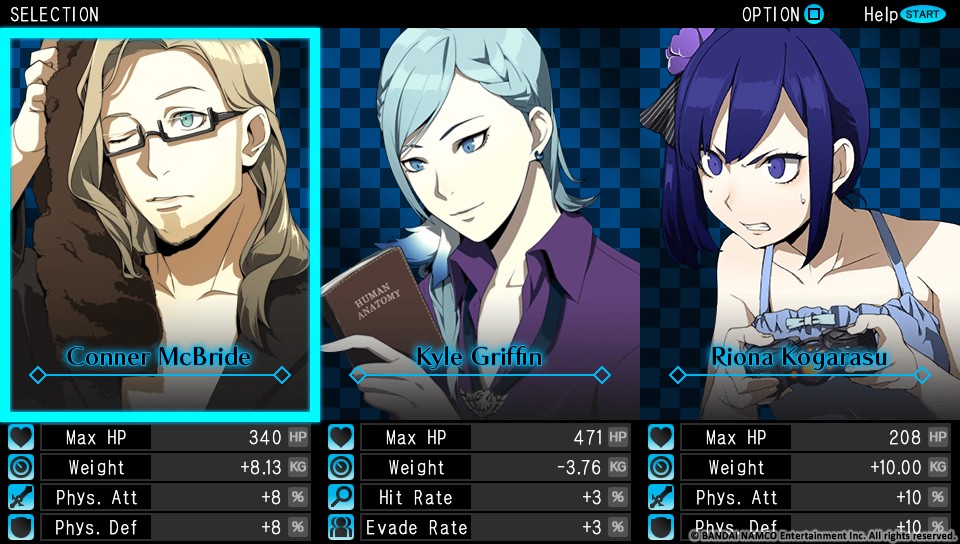 There are no random battles in Ray Gigant, with enemy locations appearing on the in-game map, and battle indicators are divided into three different colors, Blue, Yellow and Red. Yellow indicates a normal battle, with a regular amount of AP being used for each command, while Blue and Red indicate half AP and double AP requirements, respectively. It’s a useful system to have, as it means that you can gauge how much AP you currently possess against the risk of battling a certain enemy. However, once you become strong enough, you can quickly defeat almost every enemy in one or two turns, meaning that the AP requirement is nearly meaningless.

To strengthen your characters in Ray Gigant, you use resources rather than experience. These are either found within Megalosites or gained by winning battles, and are used on each character’s Evolve Tree, which is divided into three categories: physical, item, and command. Physical resources improve base stats, such as attack, defense and HP, Item improves your equipment, and Command unlocks both passive and active abilities for your characters. It’s an interesting system which is unfortunately quite open to abuse, as you can stockpile all your resources for a particular category and then use them all at once to max out a specific skill, which has the potential to make the rest of your time with that particular character a bit of a cakewalk.

Ray Gigant is a game that I’m perfectly happy to kill some time with, but it’s not necessarily a title that I’d prioritize over other options. It’s a solid entry in the JRPG genre, that includes some interesting choices in terms of mechanics, but it likely won’t provide enough of a challenge to hardcore role-playing fans. You could do a lot worse than Ray Gigant, and if you’re not quite willing to part with your Vita yet, there’s enough content here to keep you busy for quite a while. 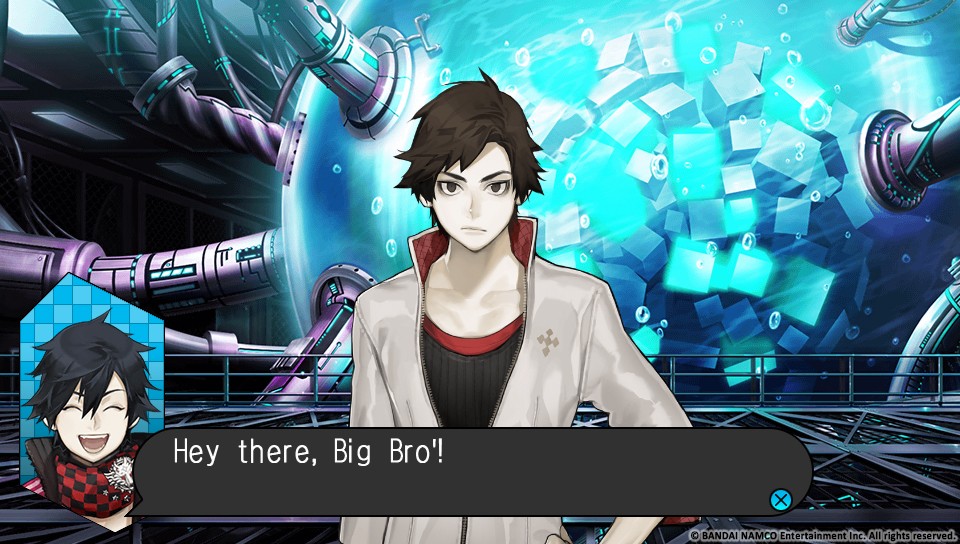 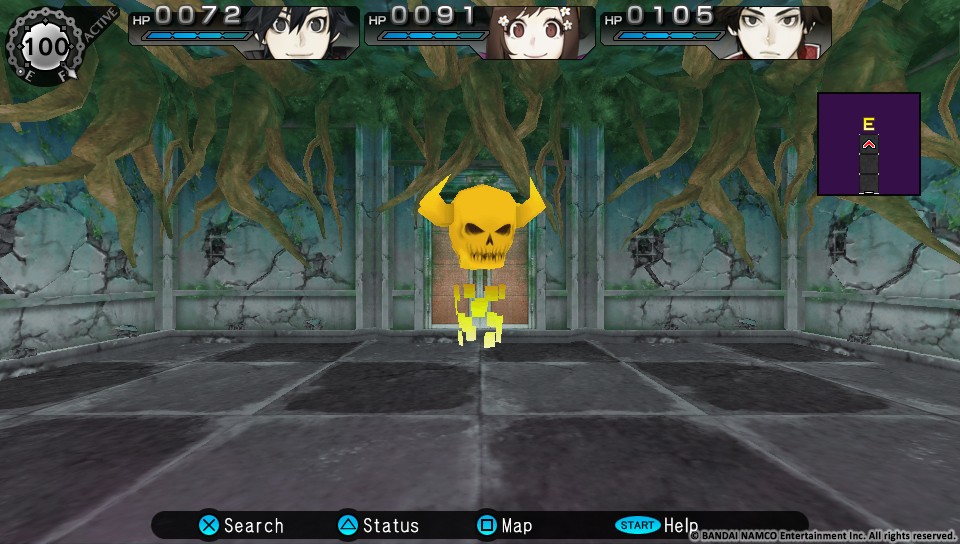 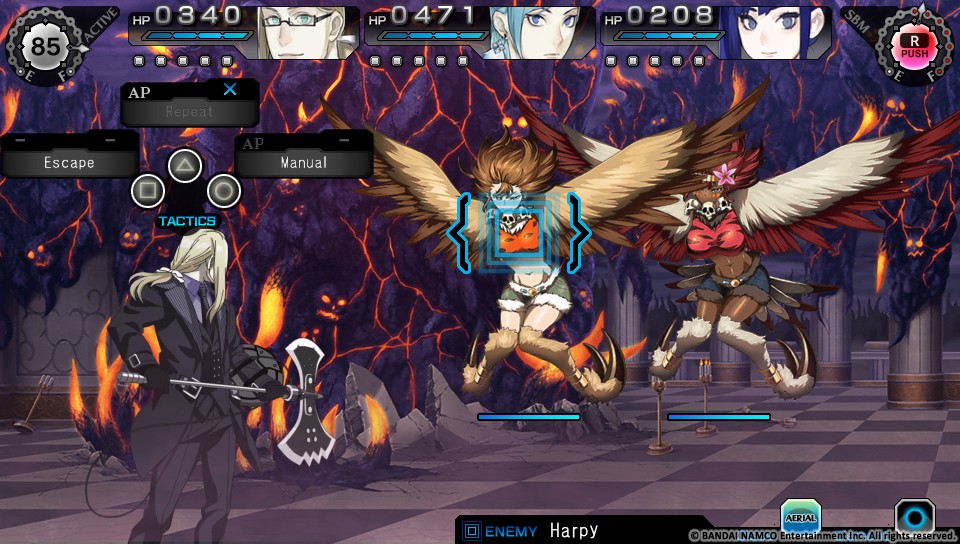 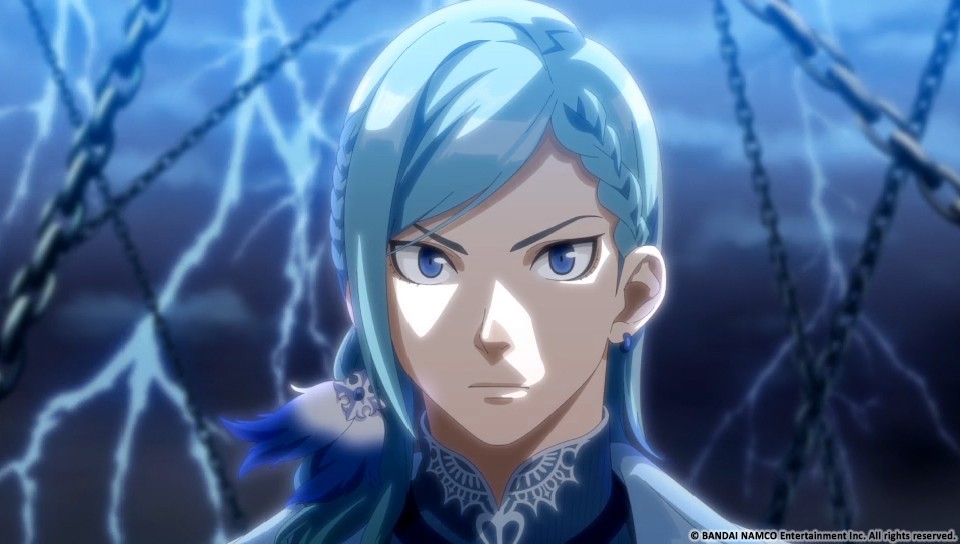 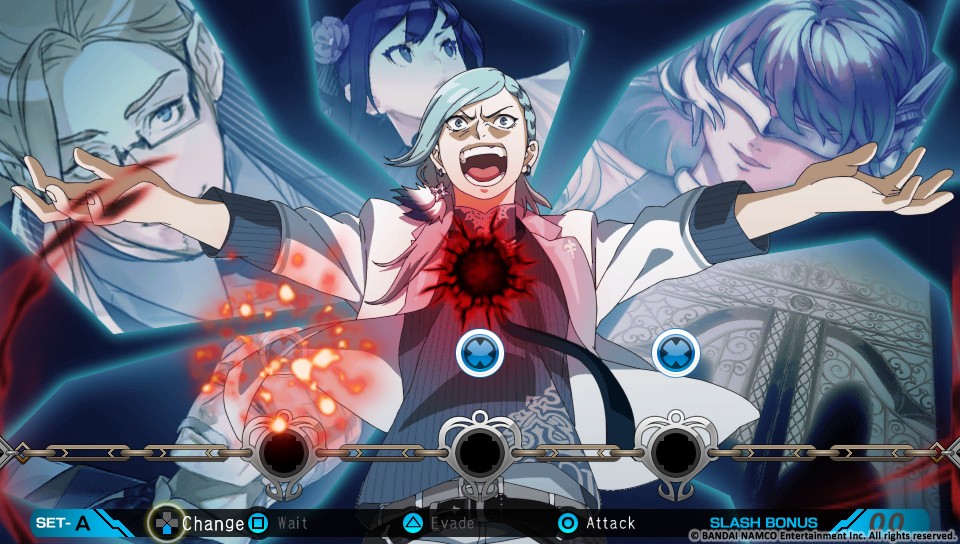 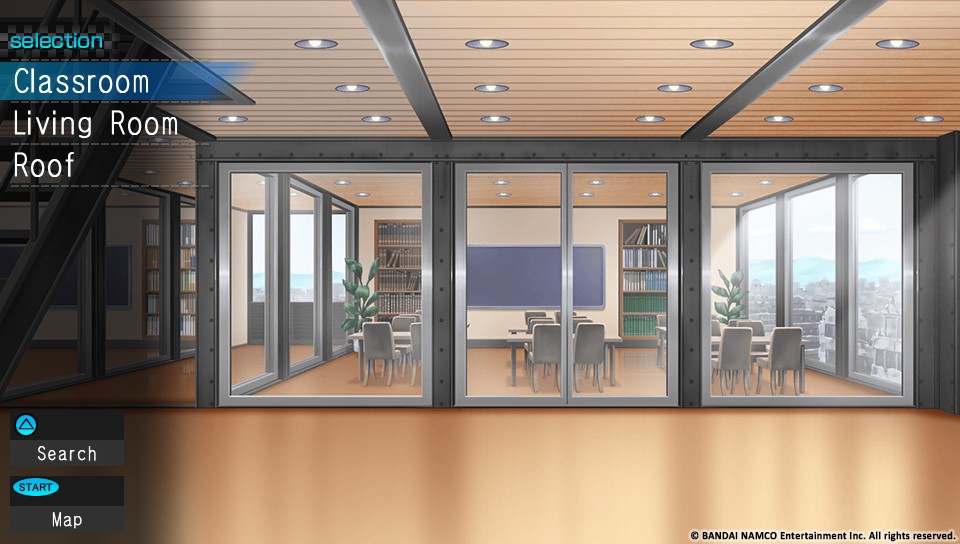 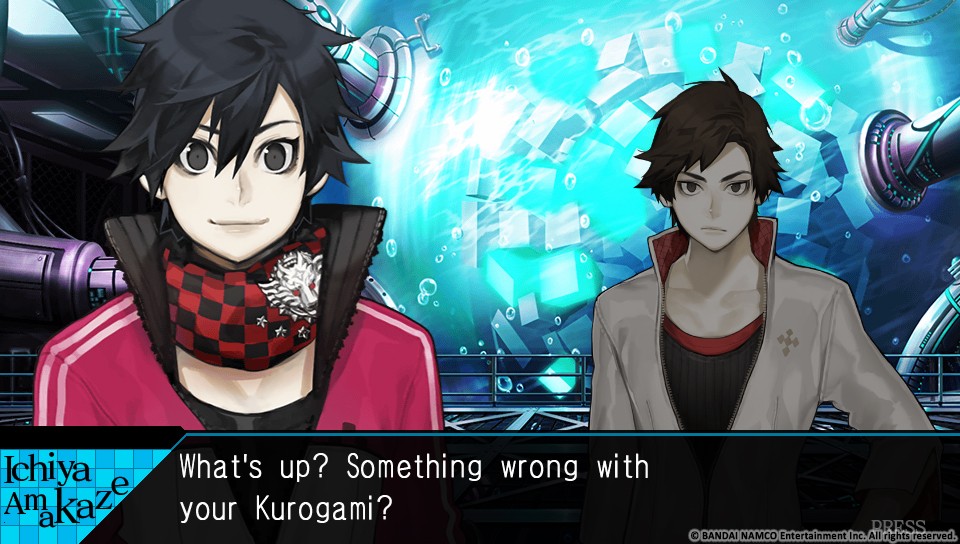 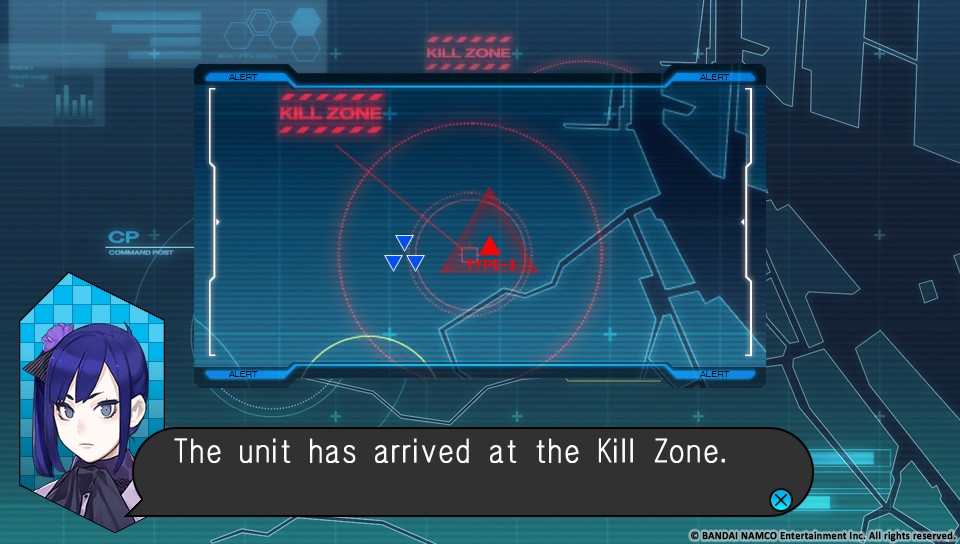 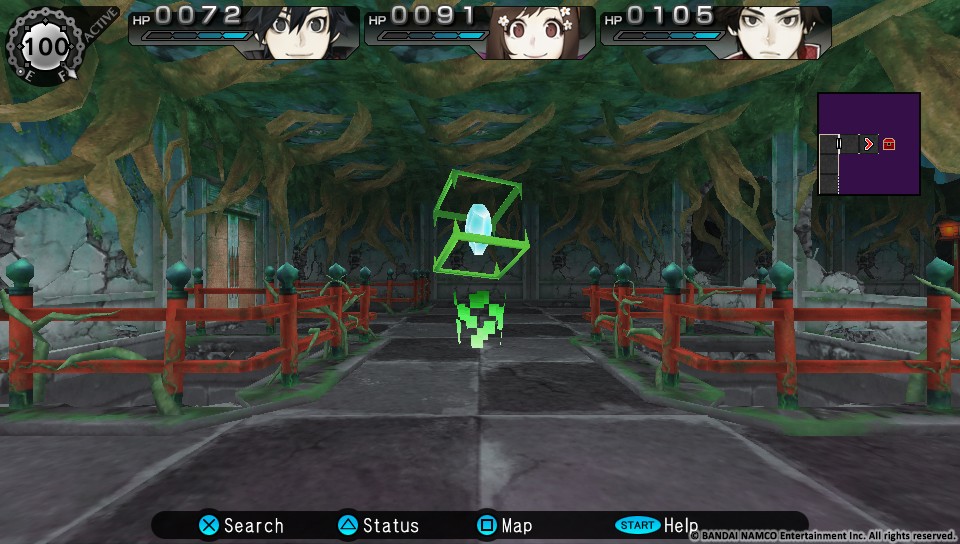 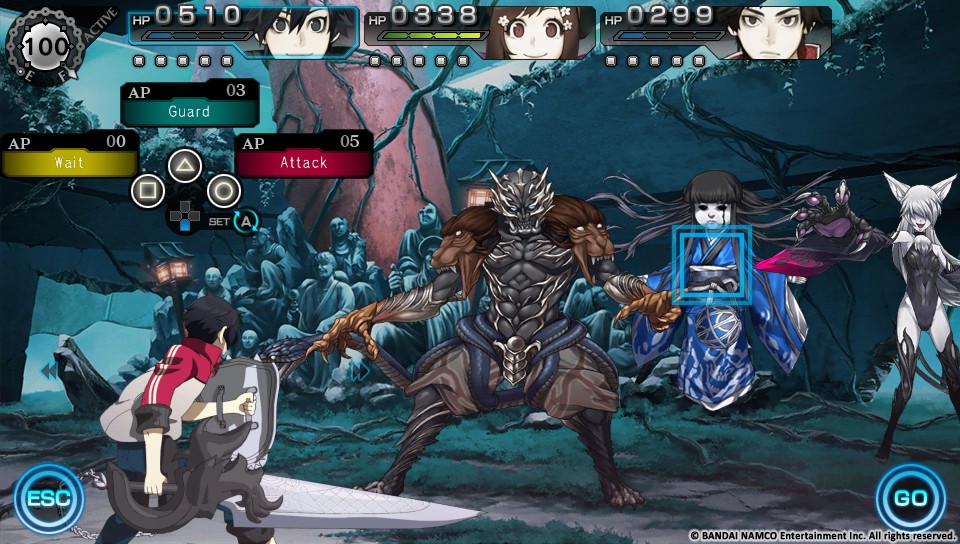 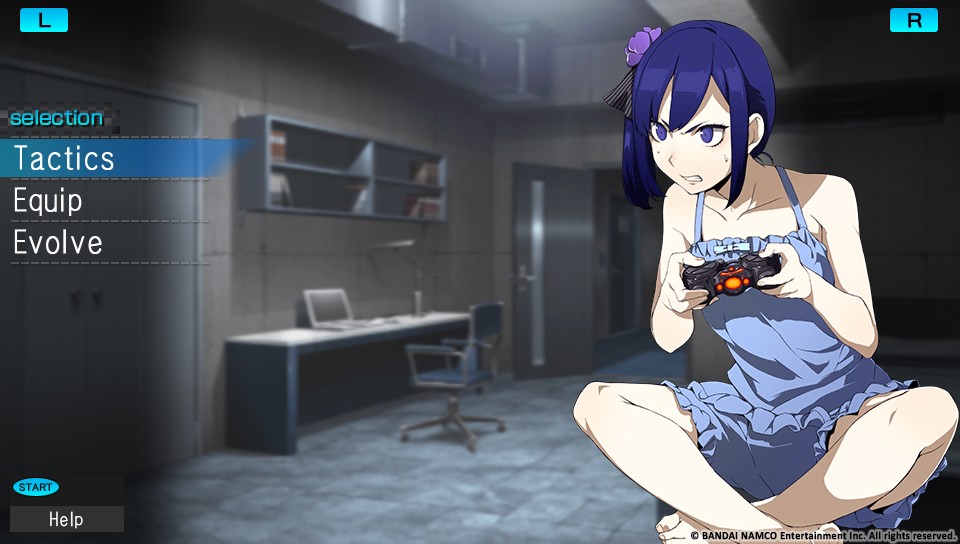 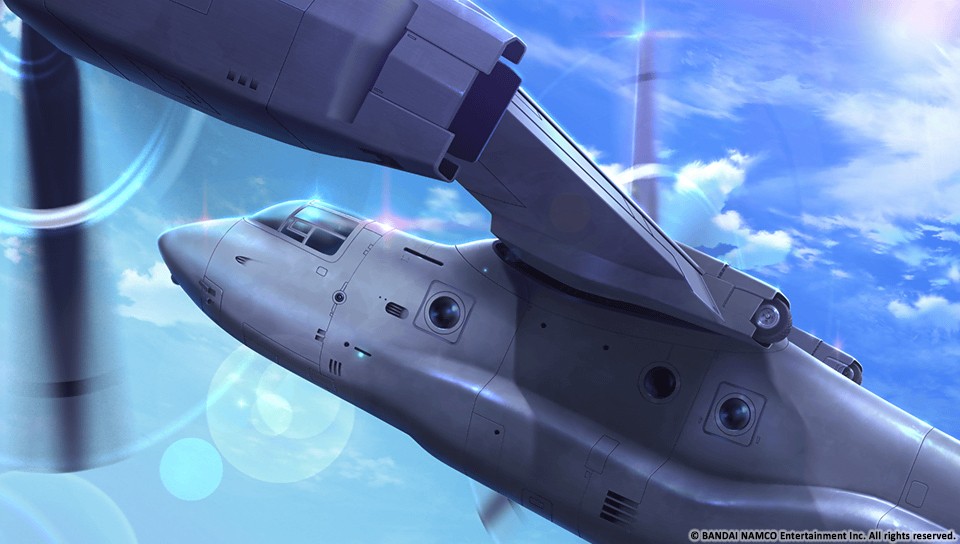 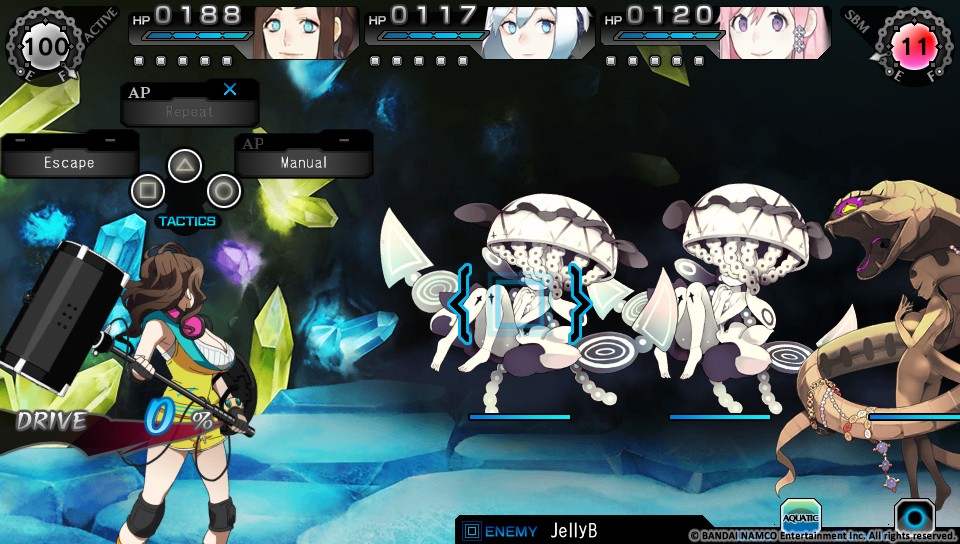 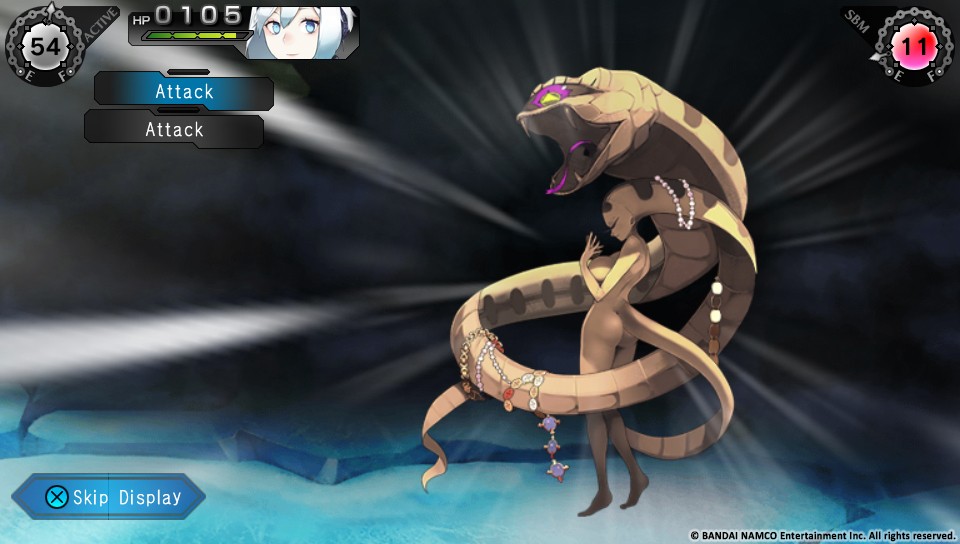 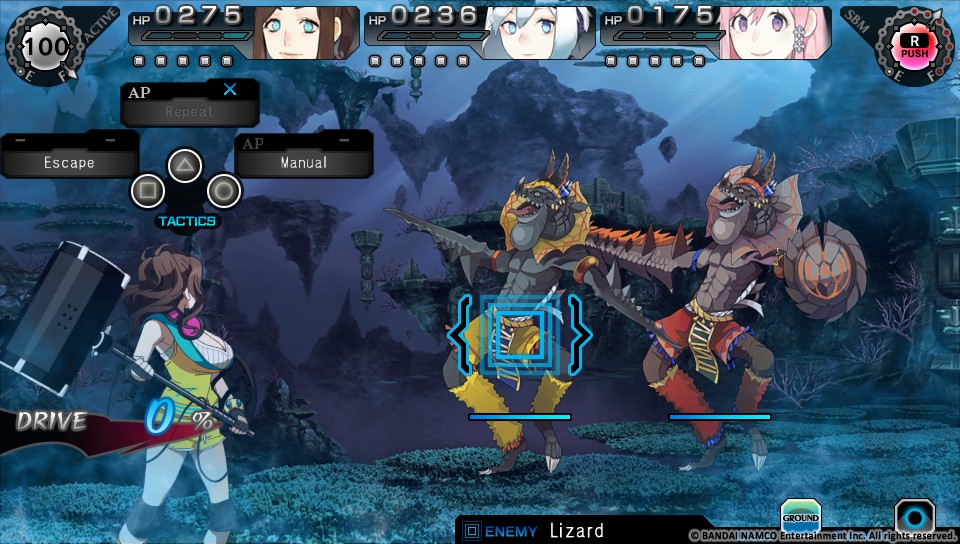 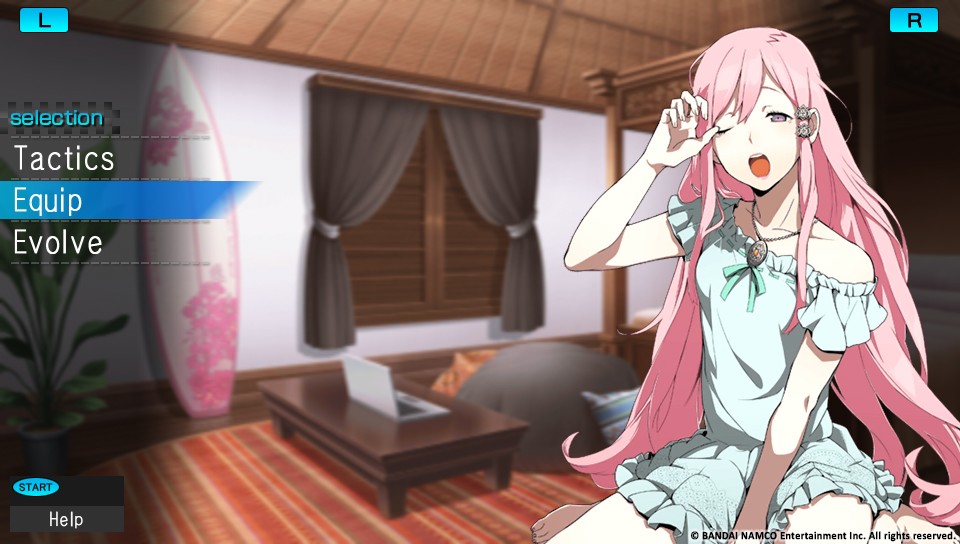 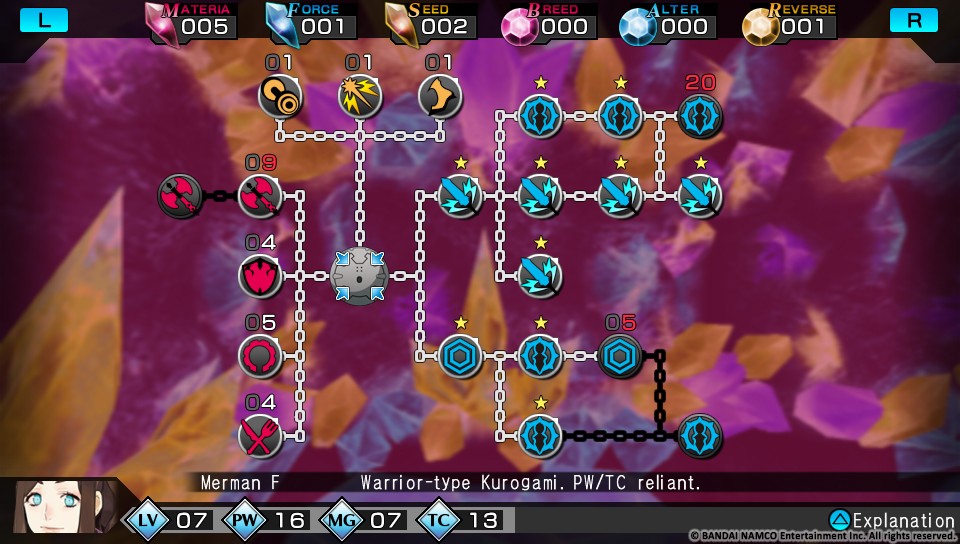 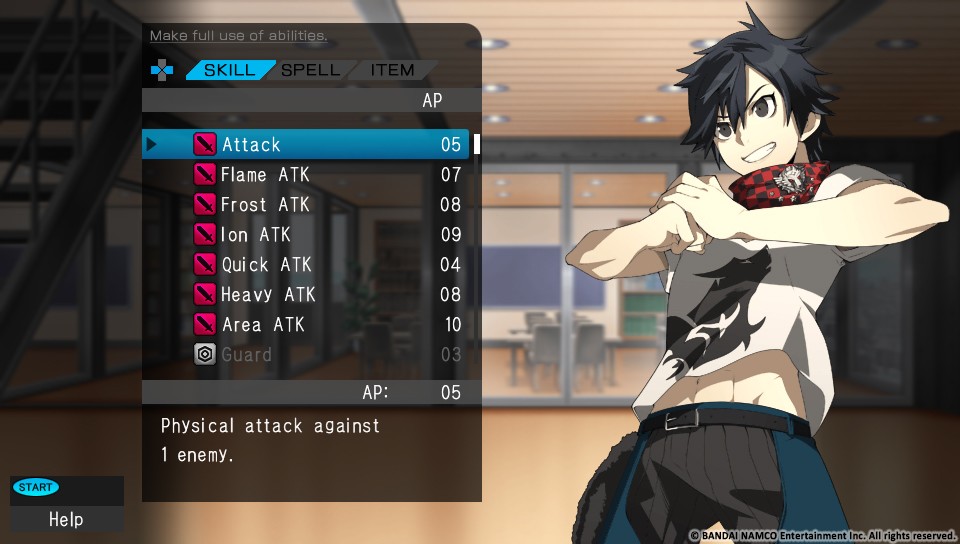 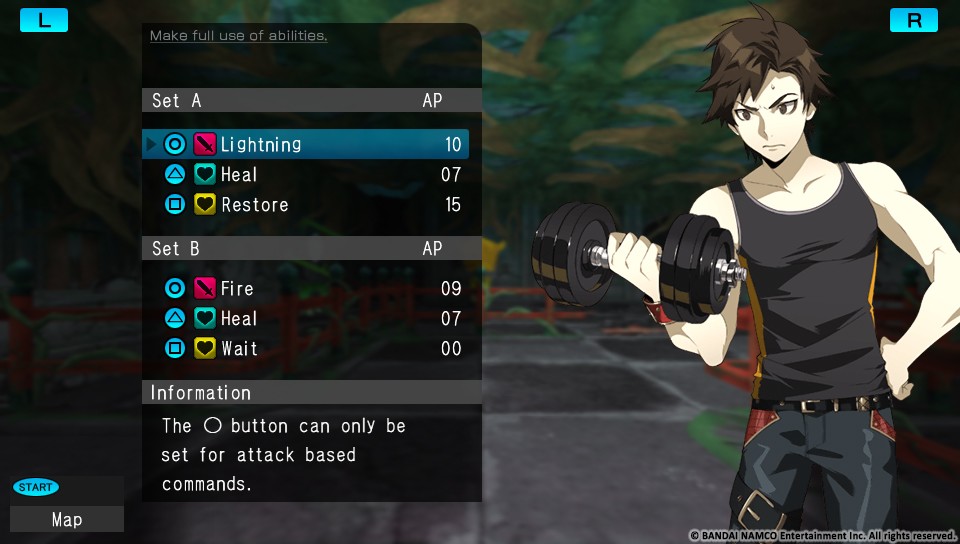