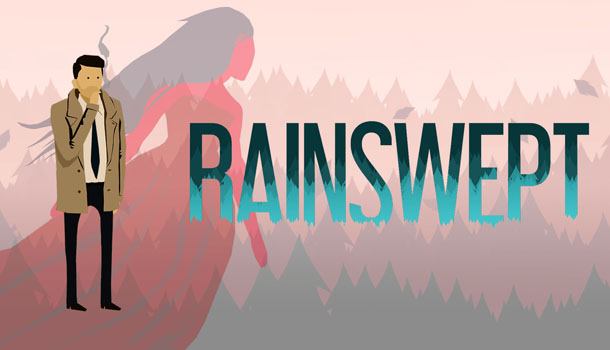 - At times unintuitive gameplay
- Despite the focus on relationships, the arguments and experience end up feeling one-sided and sexist
- Writing needs more proofreading and had a number of errors or localization awkwardness

Rainswept is a mostly one-man effort by Indian developer Frostwood Interactive, a murder-mystery point-and-click adventure game focusing on exploring the topics of “love, relationships and unresolved trauma.” The first time the game loads, there’s a prominent trigger warning that the content of the game includes sensitive topics such as suicide and sexual abuse. That said, it’s not a particularly graphic game – the art style is fairly minimalist; however, you may want to be aware that the potentially triggering content is not only in text. There is a crime scene with blood, an animated portrayal of gun-related violence, and at least one mildly sexual scene involving vague human figures in a state of undress, so this game may not be appropriate to play around young children, though the simplistic visuals probably won’t bother the majority of a more mature audience.

Rainswept takes place in Pineview, a small idyllic town where detective Michael Stone has been sent to solve what at first looks like a possible murder-suicide of a young couple, Chris and Diane. It doesn’t take long for you to discover that solving the mystery of their deaths will be a tricky business, since it seems the local police force has already made up their minds without much of an investigation, and many members of the close-knit community have many biases against the late newcomers that make investigating the case challenging. To solve this mystery, Detective Stone will have to delve into Chris and Diane’s relationships with the community, as well as their apparently rocky partnership with each other. 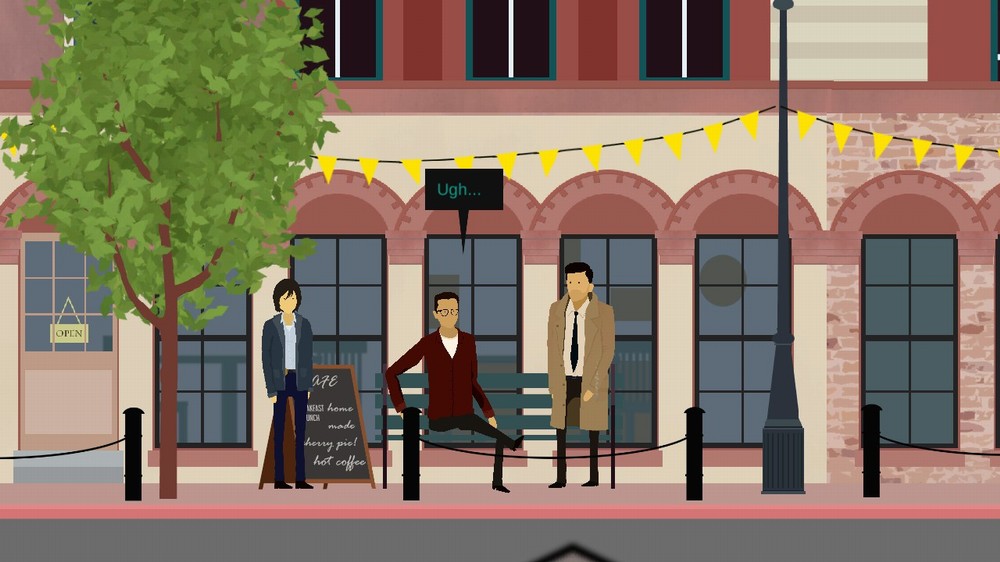 Gameplay mostly involves a lot of running around Pineview via keyboard and pointing and clicking around the two-dimensional town, studying points of interest, and interacting with its residents.  Unlike the typical adventure game, though, other than rare moments of busywork required during, say, examining the crime scene, there isn’t much in the way of puzzles or inventory, either collecting items or making outlandish combinations between items as you might be used to if you play lot of adventure games. Instead, true to its themes, Rainswept is driven primarily by a gentle suspense fueled by the need to solve the crime at hand, as well as the mystery of Stone’s traumatic nightmares, and it focuses on the information Detective Stone gleans from his conversations with and observations of others, as well as the relationships he himself forges with those he interacts with.

Through his conversations with Chris and Diane’s acquaintances, Detective Stone is able to better understand the couple’s turbulent relationship from its beginnings and to its bloody conclusion. During these moments, the player plays as Chris instead of Stone in order to experience events in real time. While these scenes allow the player greater immersion in the story, I was disappointed that though these scenes are recreations of moments described by third parties, the player never experiences them from Diane’s point of view, leading to a very lopsided and male-centric presentation and understanding of the relationship, hardly one that seems remotely objective or fact-based as you’d want if you really meant to understand the relationship in order to solve the mystery of their deaths. 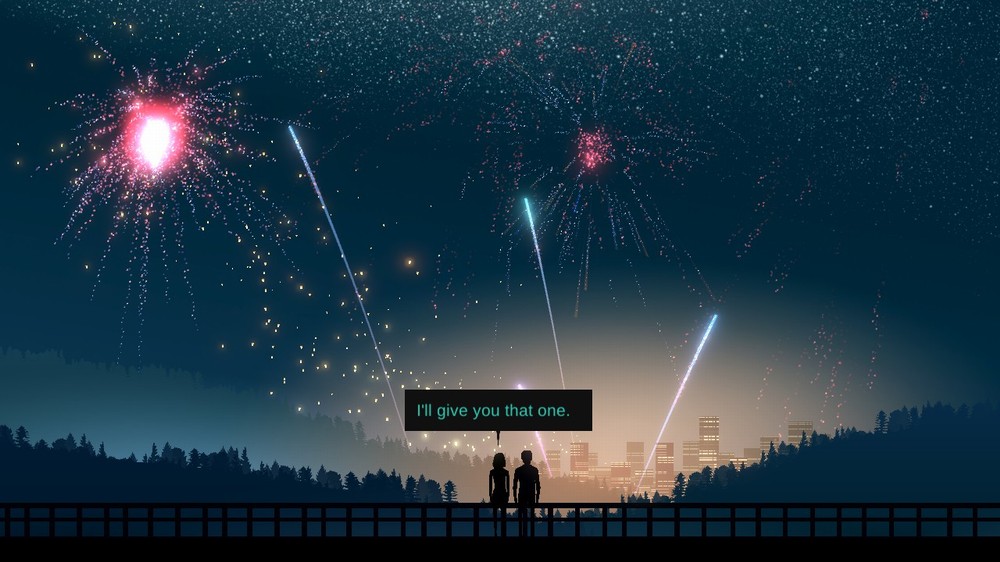 For example, from Chris’s perspective, we are essentially told that Diane is emotionally unstable, unable to control her mood swings, and cruelly insensitive during arguments, and meanwhile, Chris is presented as rational, organized, ambitious in his career, and always the only one trying to bridge the growing gap between him and Diane. He’s the only one who is willing to attempt couples therapy when their relationship starts going south. He extends an olive branch even when Diane hurts his feelings, and she never returns the kindness. This horrifyingly typical sexist and one-sided presentation of a troubled heterosexual relationship unfortunately ruined much of the game experience for me. There was almost no way for me to feel any kind of empathy toward Diane, the epitome of the unreasonable girlfriend stereotype, particularly as you’re never given the chance to know her side of the story. I find this especially unforgivable given that Diane is the developer’s tool for introducing certain topics of mental illness and abuse, unfortunately of a type that is heavily overused in female characters in popular media.

Other than that, Rainswept does a praiseworthy job of sensitively exploring Stone’s own traumatic past and encouraging those struggling with feelings such as of guilt or sadness, or suicidal thoughts, to seek help, connect with others, and talk to someone. The game manages to communicate this without being overly pushy or heavy handed, and it helps that Stone’s partner in the local police force, Officer Amy Blunt, serves as a steadfast voice of compassion and reason throughout the game. Officer Blunt and her refreshingly believable friendship and professional mentee-mentor relationship with Stone is the primary reason I was able to tolerate Rainswept through the segments detailing the blow-by-blow accounts of Chris and Diane’s burning train wreck of a relationship. 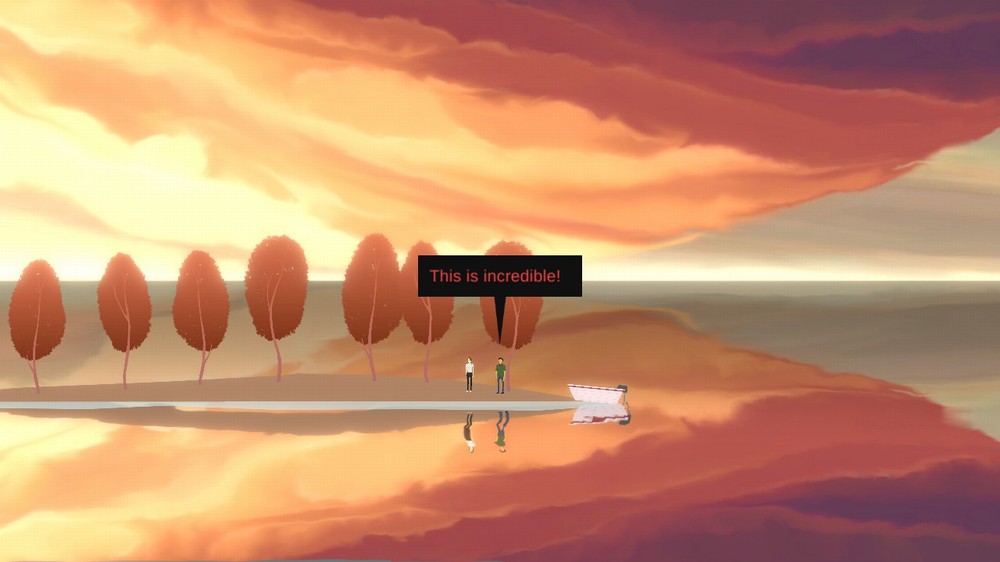 Despite its simplistic point-and-click interface, however, Rainswept has a few moments when it becomes a bit unintuitive how to proceed. The game takes place over the course of several days, and typically, there is a journal you can reference to remind yourself which people or what evidence you should look into on that day, but there are a few moments when the journal is unavailable, when it isn’t immediately obvious what should be done next to progress in the game. I also found that navigating Pineview was not immediately obvious, since you are also given a map, and intuitively, you’d expect to be able to walk to various locations by following the map or to use the map to fast travel to key locations, but neither is possible. Instead, you’re expected to travel on foot to certain street signs, then click on those street signs to fast-travel to key locations.

The writing could also do with some additional proofreading and polish. Some of the awkward bits in the dialogue could be attributed to lack of localization, however, as certain turns of phrase (such as clicking a picture) are commonly said in English in India but not in the US. 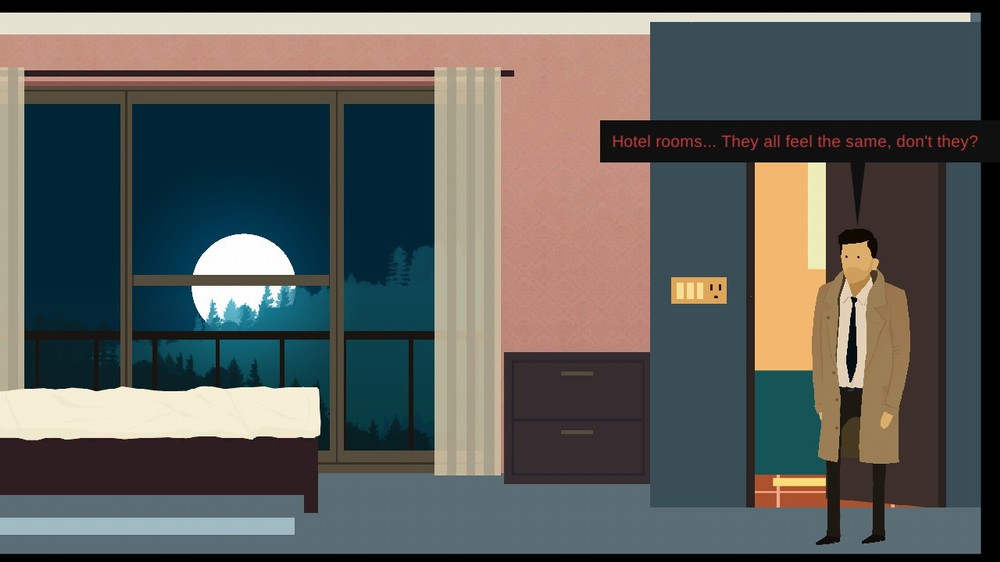 Despite its foibles, Rainswept is enjoyable for its atmosphere and overall story, and the visuals and soundtrack both contribute greatly to the wonderfully moody atmosphere of the game. The graphics, while simplistic, have bold colors and shapes charmingly reminiscent of cut-paper art. Most memorably, the view from the top of the hill where the church stands is nothing short of breathtaking, and the flapping of Stone’s tie in the wind as he runs is a nice touch. I also loved the sound of falling rain present throughout much of the game, and while the background music isn’t exactly memorable, it provides a suitably melancholy and at times creepy ambiance to the unfolding drama.

Overall, I have mixed feelings about Rainswept, and it feels more like an interactive visual novel than a game because it’s very dialogue-heavy, and there’s not a whole lot for the player to solve or do except further the story scenes, but I would not hesitate to say that it excels at creating an appropriate atmosphere, and Stone’s traumatic nightmares and flashbacks are some of the most compelling scenes I have experienced in an adventure game to date. For $12 on Steam, the price of a typical movie ticket in my neck of the woods, I think it’s reasonable to say this game is probably worth experiencing if it sounds like something you might like to try. 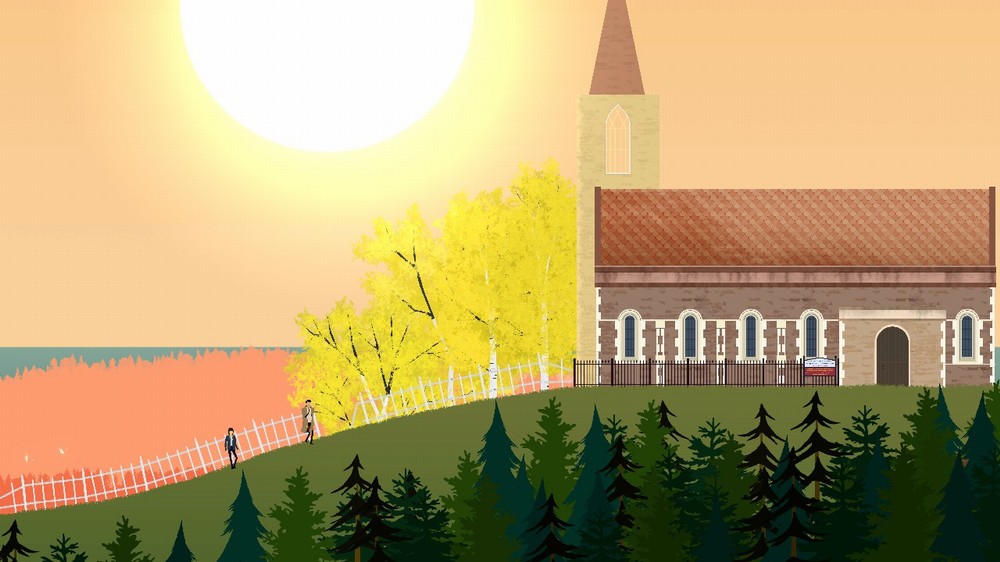 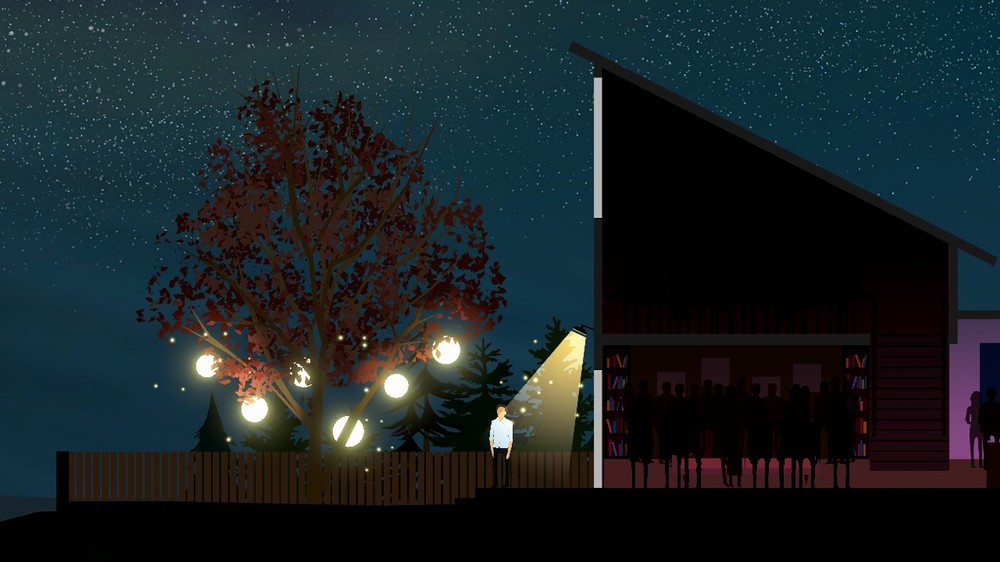 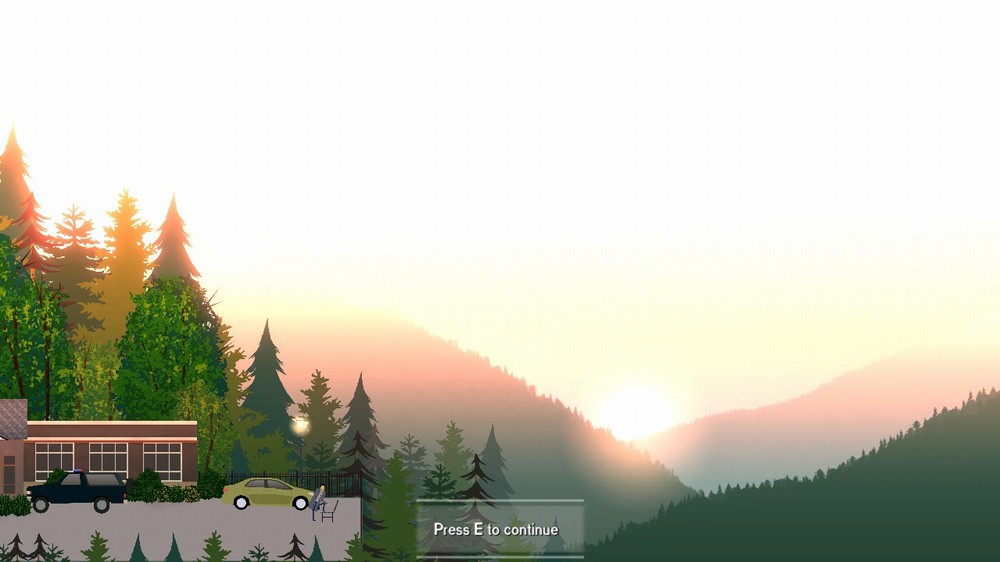