- Game auto-centers your view before each race based on where you are looking during pre-start countdown.
- No weaponized combat
- No replays
- From cockpit view tracks look all the same.

One of the best futuristic racers since Wipeout.

Next to shooters racing games are my favorite genre and futuristic racers are some of my favorite sub-genre titles. I can’t being to count the hours I’ve spent in games like Wipeout, F-Zero,  and Star Wars Pod Racing, so when I saw Radial-G: Racing Revolved first show up in the Steam Early Access program I just had to check it out.  Tammeka’s self-published title is not only one of the fastest futuristic racing games of this generation; now, thanks to support for VR it is also one of the most immersive racing games I have ever played.

Imagine if you will; giant tubes that twist and curve through space. Now imagine 16 futuristic race craft that magnetically attracted (but not attached) to that pipe, all travelling at impossible and often dizzying speeds.  These tube tracks are littered with green turbo pads that will boost your ship even faster while green/red circular gates spin around the tube forcing you to make some hasty course adjustments since red gates will stop your ship and drain your shields.  You are free to steer your ship laterally around the tube trying to find the safest and fasted path, hitting as many turbo pads as possible while avoiding ramming into any other opponents. 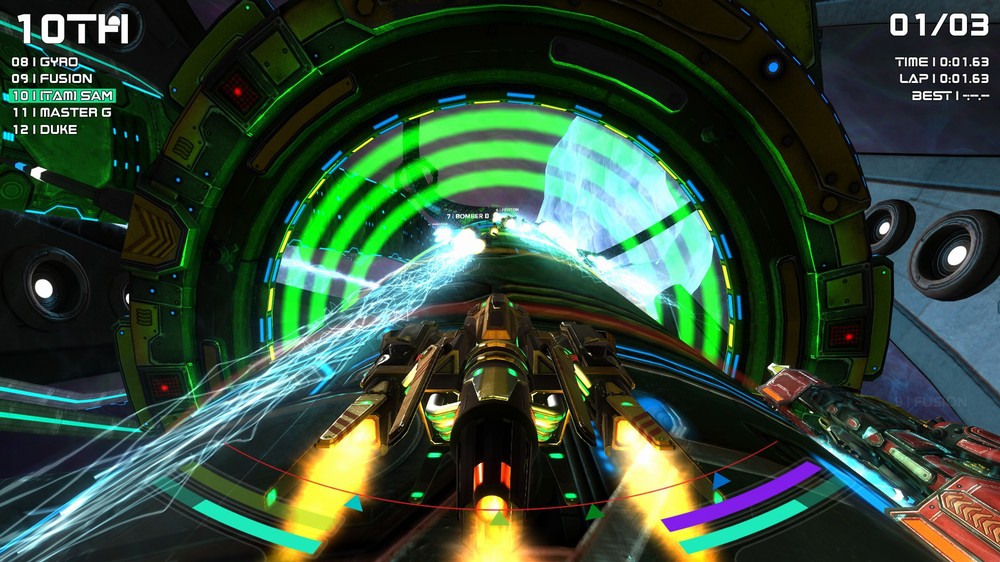 As you progress further into the Career mode the tracks become more devious with ramps and quarter-pipes and larger tube sections where gravity is inverted and you flip to the inside of larger tube tunnels and race on the inside before flipping back to the exterior of the rollercoaster style tracks.   There are nine uniquely designed courses set in some stunning background environments that will push your reflexes to the limit as you race any of the three vehicles available, each with their own particular stats that hopefully fit your racing style.  If you manage to complete the Career mode you can unlock a fourth vehicle.  In addition to the single player career you can also head online for up to 16-player events.

The Career is made up of a variety of race events from standard racing to hot lap time trials to elimination rounds where every 30 seconds the person in last place is removed from the race. There are even Championship events that stack four smaller races and award points to determine the champion. 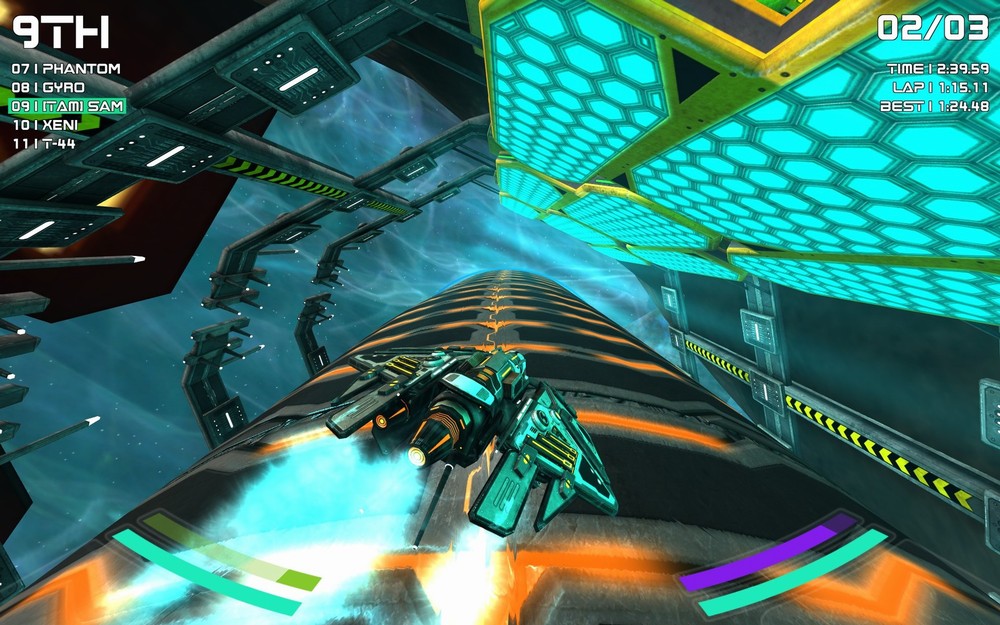 The visuals are most impressive. The Steam version of the game supports normal play with a monitor and allows for either a third-person view or a cockpit view, whereas if you are playing in VR you are locked into the cockpit view where the sensation of speed is much faster – almost too fast as there are moments where you quite literally feel out of control and are just hanging on for the ride.

Slipping on the Oculus Rift headset instantly transports you to an intuitive 3D menu system that ultimately leads to you sitting in the cockpit of your chosen racer. Like many other VR cockpit games your body is fully rendered beneath you from the neck down, your arms outstretched to the twin stick controls that sadly don’t move in sync with your input.  A center display shows all pertinent info like race position, speed, shield energy, and lap times and lap counter.

Using a gamepad the right trigger is your throttle and the A button is your turbo boost which happens to be fueled by your shield energy.  This leads to some intense moments of tactics when you must decide to spend that last bit of shield energy to shoot past the leader and hope he doesn’t ram you in the process. 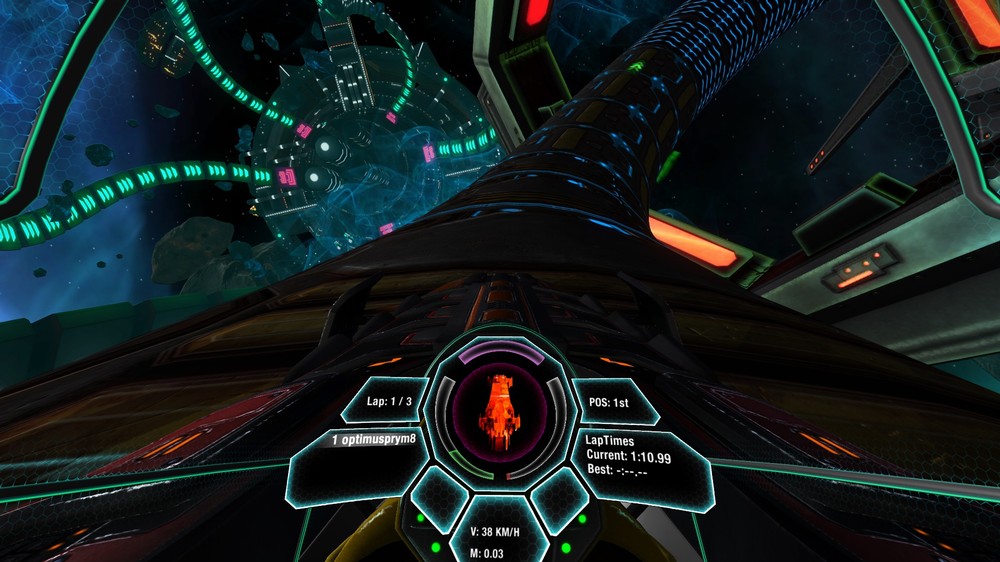 Radial-G: Racing Revolved is by far one of my favorite games to play on the Oculus Rift. The intensity of these rollercoaster races never gets old and neither does the amazing EDM soundtrack that perfectly captures the energy of the onscreen action.  The level of immersion of being able to look around and see other parts of the track, either behind your or ahead of you, is remarkable, and there is a surprising amount of tactics in some of the more advanced races.  My only minor quibbles would be the lack of a replay system so I could see these races from a more cinematic viewpoint and perhaps some weapons for a combat racing mode.   I’d love some machine guns or lock-on missiles or maybe an anti-grav weapon that causes other racers to fly off the tube.

There currently aren’t a lot of racing games out there for VR right now and certainly none that come close to the speed and intensity of Radial-G: Racing Revolved. Easy to learn and brutal to master, whipping around space at Mach 2 magnetically attached to some crazy twisting tube system has never been more fun or more out of control.  Strap in and prepare for awesomeness! 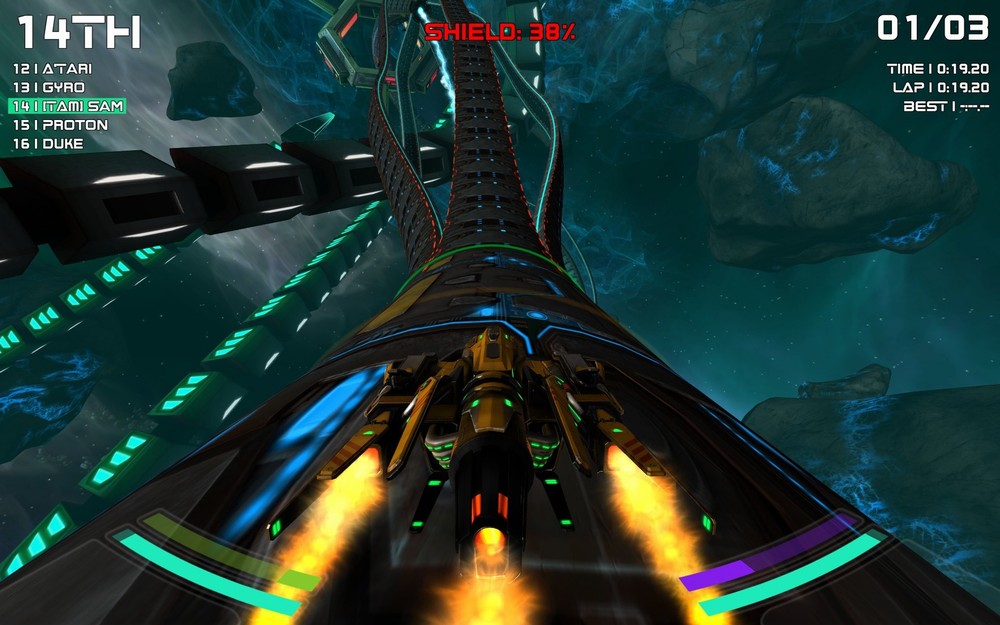 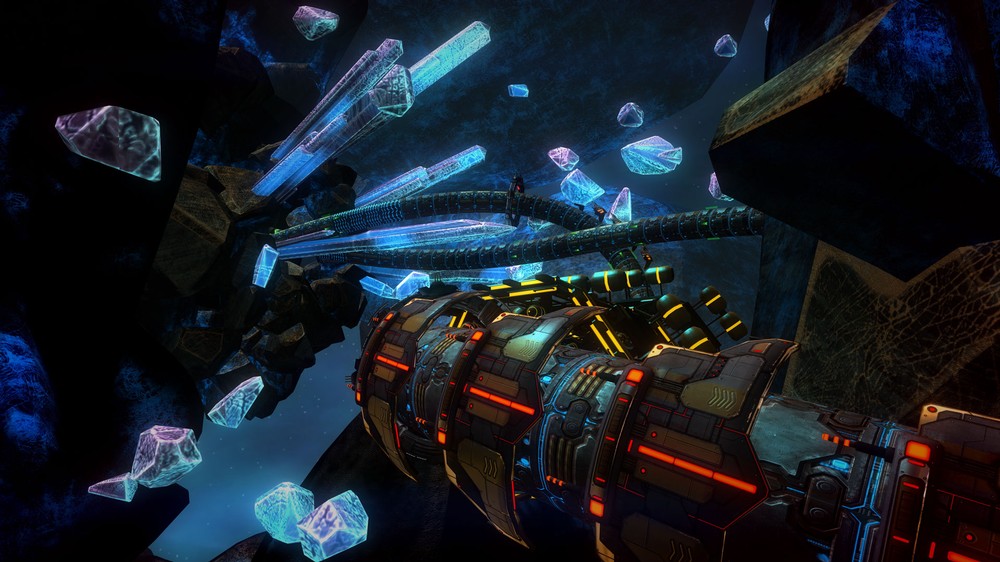 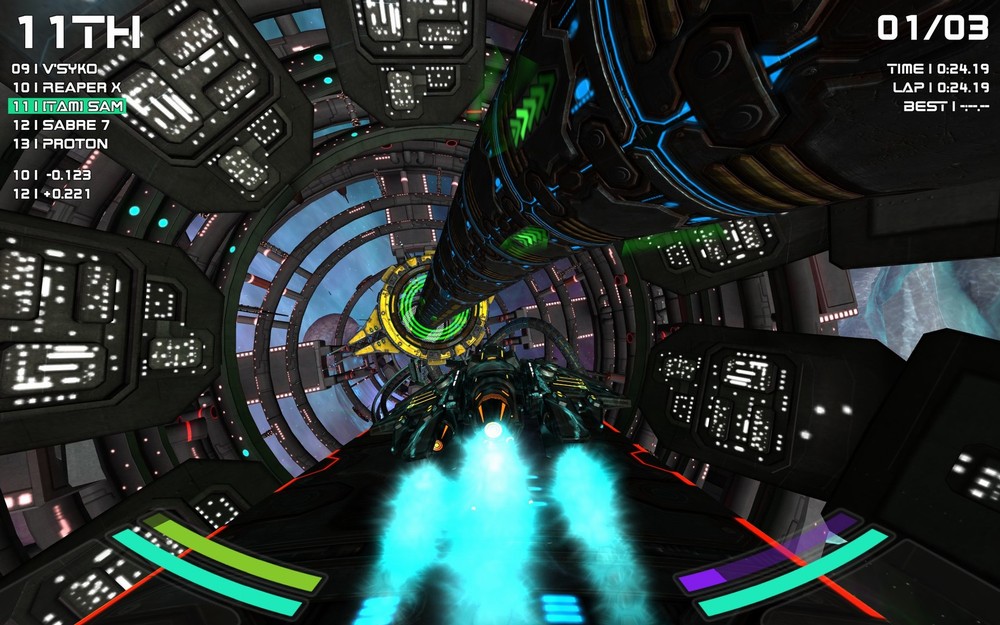 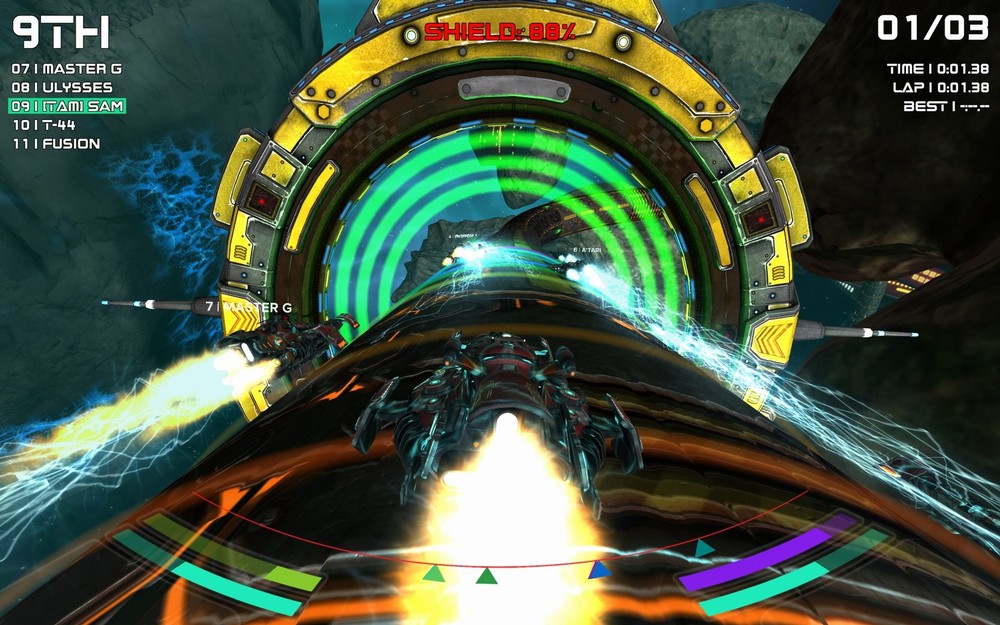 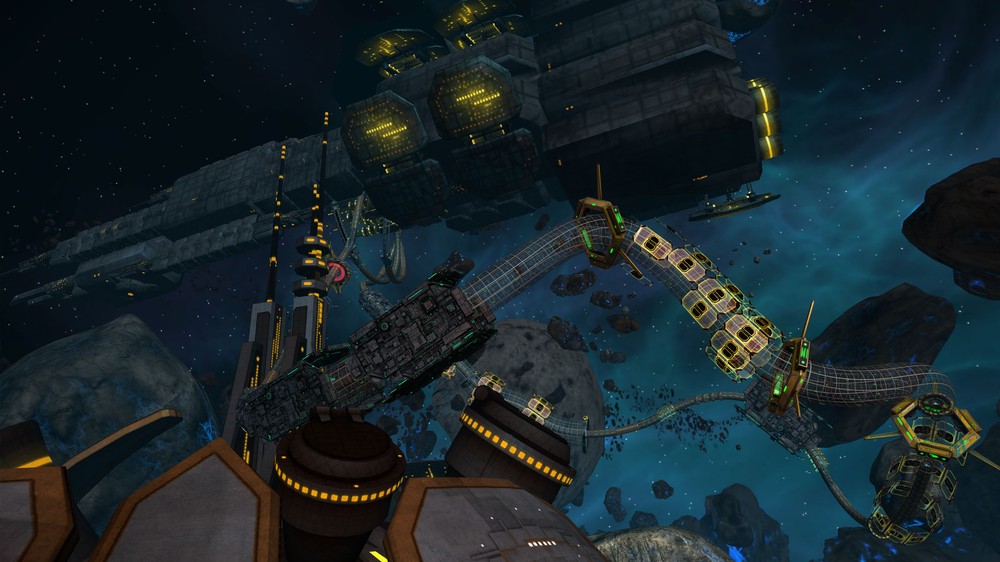 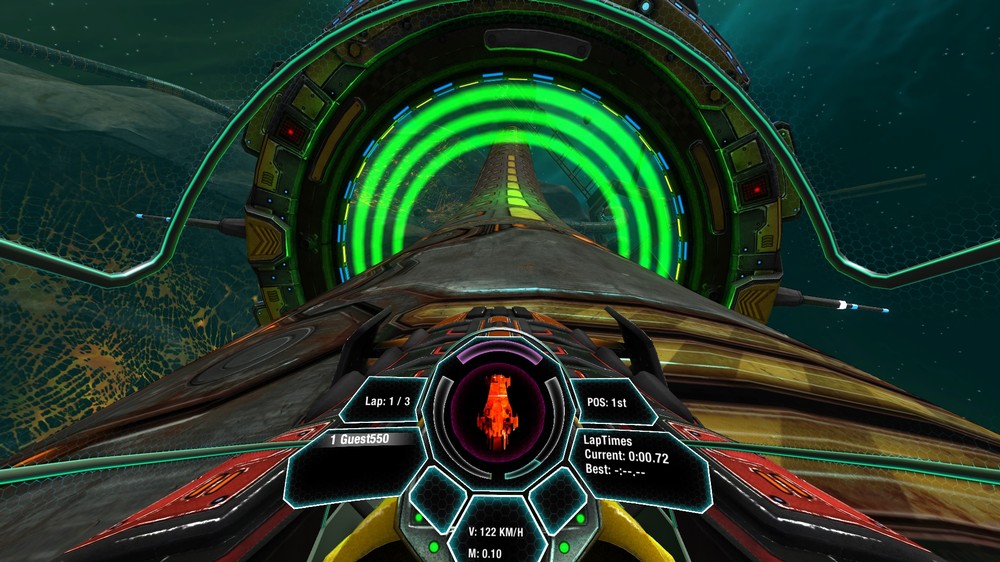 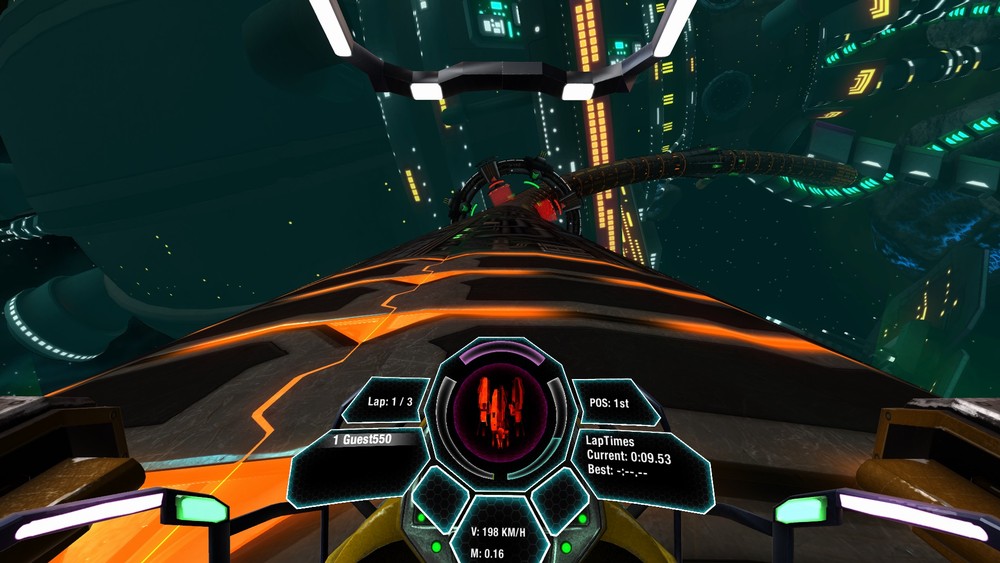 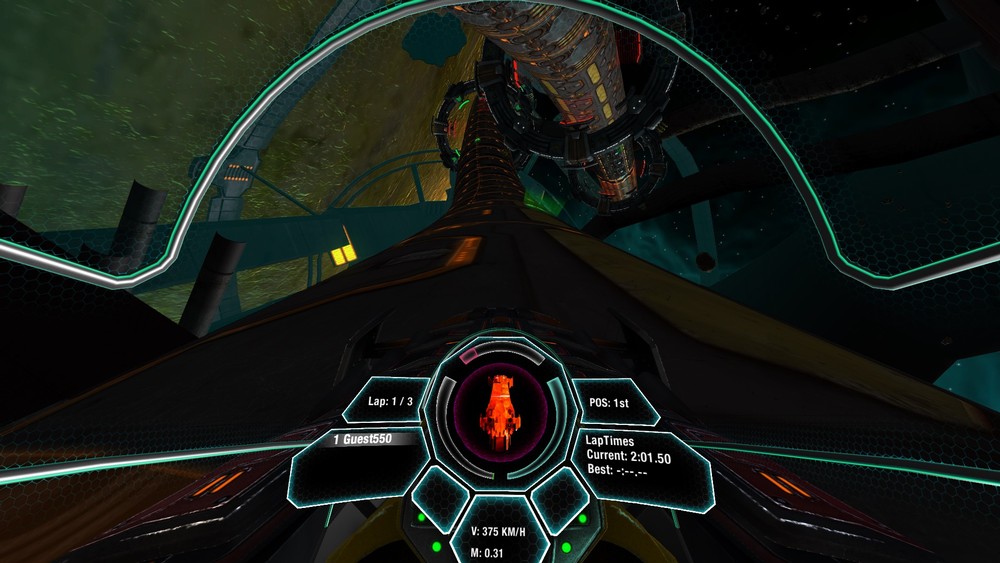 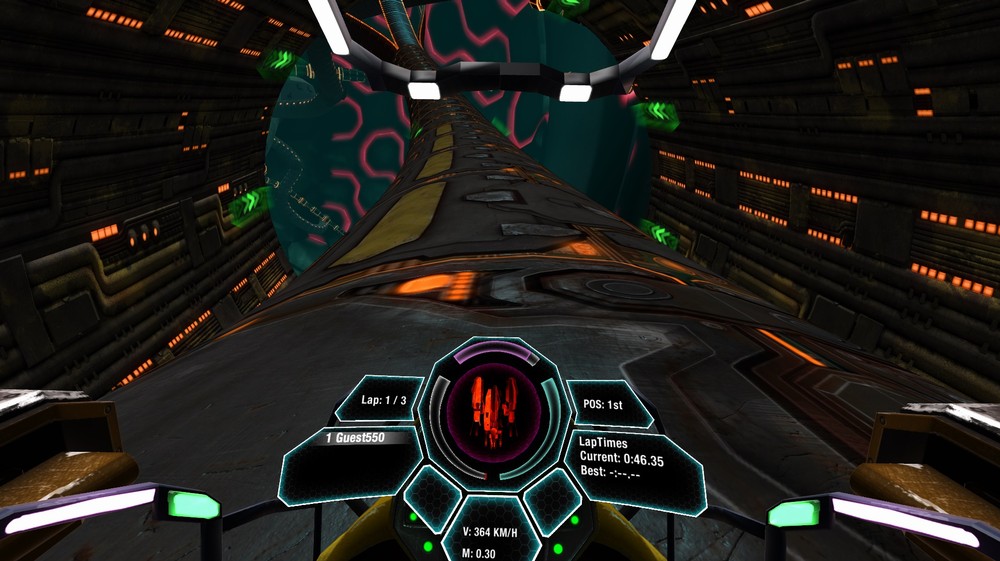 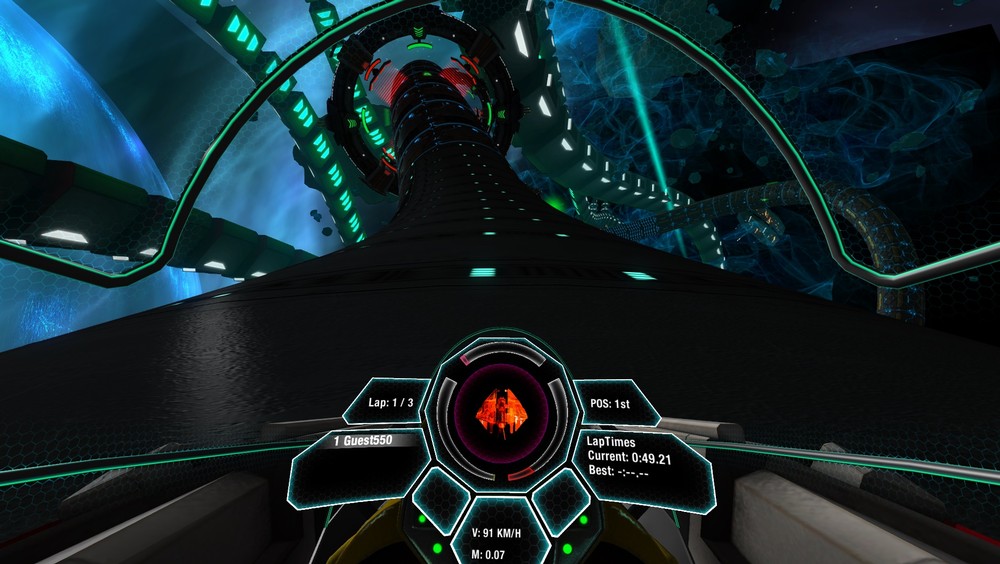 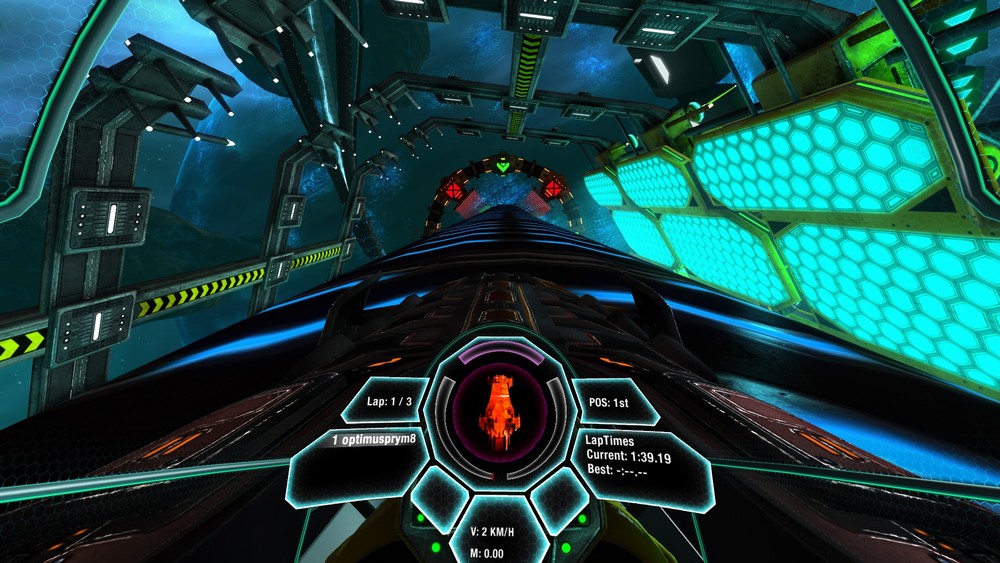 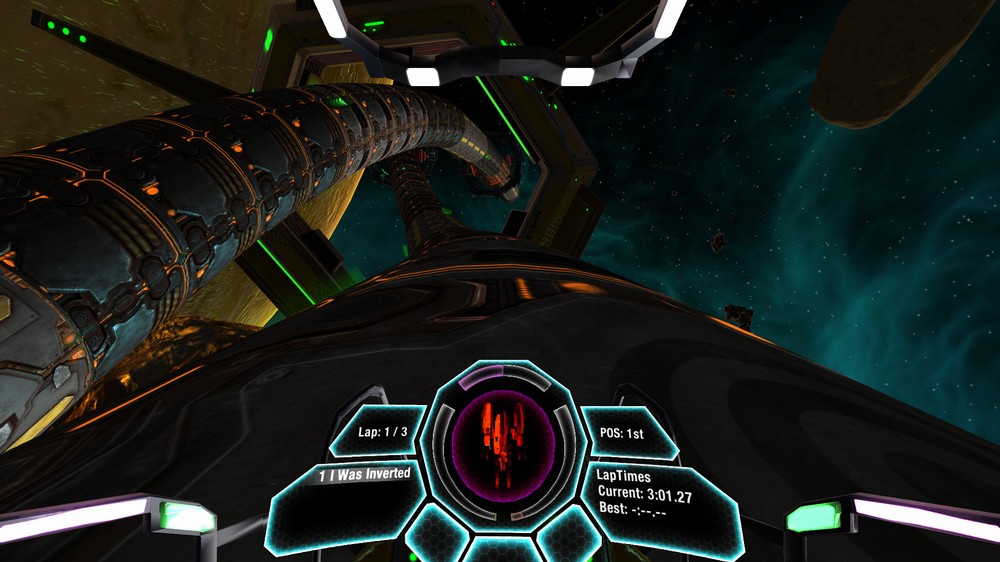