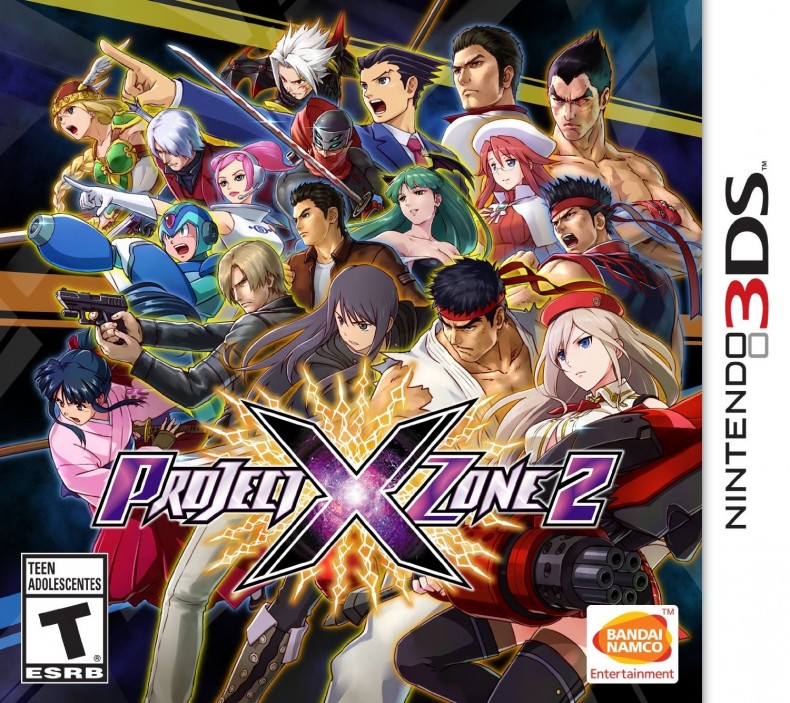 The perfect mix of action, strategy and enough intrigue and humor to satisfy any anime/manga/RPG fan.

I’ll be honest, when I first took on Project X Zone 2 to review for 3DS this wasn’t the strategy RPG I thought it would be. I was expecting something more Disgaea in nature, but what I found was a cross between Disgaea and the likes of Street Fighter, Darkstalkers and Tekken and that’s not even quite right as a descriptor. Two words to describe Project X Zone 2 though would be “Addictive Crossover”.

While I never played the original Project X Zone, it would seem that I would have to time travel all the way back to the PS2 era and boarded a plane to Japan to play Namco X Capcom, the actual first game in this series. This third entry (second in PXZ series) starts off introducing players to a never-ending fight between rival good and evil groups Shinra (no not that one) and Ouma. They kick it off with returning protagonists Reiji Arisu and his 765 year old “Sage Fox” partner Xiaomu hitting the streets of sealed off Shibuya where mysterious golden chains start showing up as well as various characters across time and series. 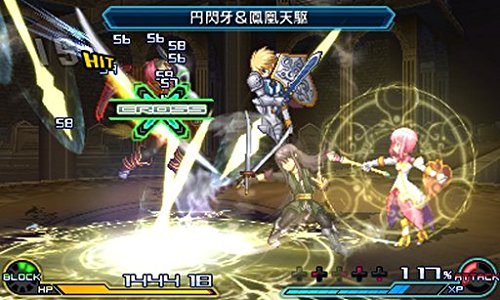 Project X Zone 2 brings some of the biggest names from Bandai Namco Entertainment, Capcom and Sega franchises to grace a screen at the same time with a few newcomers from Nintendo’s more interesting franchises this time around. Characters are usually paired up in units from their respective games like Chris Redfield and Jill Valentine from Resident Evil or similarly themed characters like ninjas Strider Hiryu and Hotsuma from Strider and Shinobi respectively in combat. Warning there are lots of ninjas in this game!

These folks are not alone either as several Solo Units will join up in interesting combinations like lawyer Phoenix Wright and Maya Fey being support for Darkstalkers’ badasses Dmitri Maximoff and Morrigan Aesland. Project X Zone 2’s story revolves around supernatural events where multiple different times and worlds being linked to one another via portals somehow makes just enough sense to be enjoyable. It was quite entertaining to see how Phoenix Wright and a medium would actually fair in a game involving combat but the developers put a lot of thought into making it work. 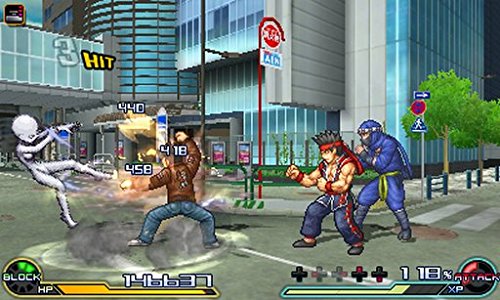 The combat as I mentioned was not what I expected at all and surprisingly I found it to be fresh and exciting. Much like every strategy RPG players you start out on an isometric battle field where you must move your characters strategically towards your enemy so you can attack them. Once every one of your allies has been used your end your turn and the enemies get their turn. Players then usually have the option to counter or defend an enemy force unless it’s a major foe.

Instead of just attacking foes right on the battle map things switch from the Stage Map to the Battle Screen where things get interesting. Players will execute moves by inputting the desired attack and over the course of three attacks attempt to defeat their opponent. If unsuccessful you will have to either use another ally character on the field or wait for the next Player Turn segment. Visually I felt like I was playing a fighter calling in tag-team characters to assist me from time to time during these moments instead of the precise acts of chaining together attacks in an almost turn based setting to pull off the most damage possible. I got to admit that despite the actual technical aspect of the fighting it’s awesome to see you favorite characters laying the smack down on the bad guys with glorious combos. 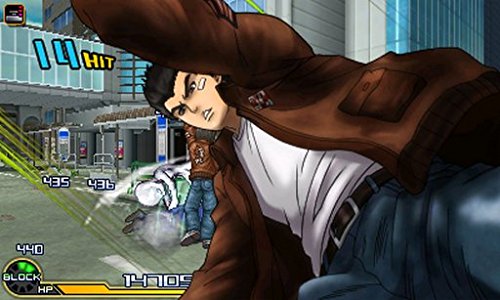 Project X Zone 2 does takes some cues from some sRPG titles including giving your Pair Units an slight increase in damage if you attack them from the side or a substantial one if done from behind. The tactical part is that your enemies benefit from this system as well so planning is everything to make sure you stay alive. The only way to fail events in PXZ2 is if everyone on your side gets wiped out as there are no other objectives to be found like trying to escape if odds get too great.

One of the nice things about Project X Zone 2 is that while most Solo Units are tied to Pair Units that make sense (most of the time), they are not exclusively limited to them as you can mix and match them to balance out potential weaknesses in the Pair Units. You can test them out in the unlockable Training Mode with a whole slew of options to account for all the different encounters you will ultimately face. 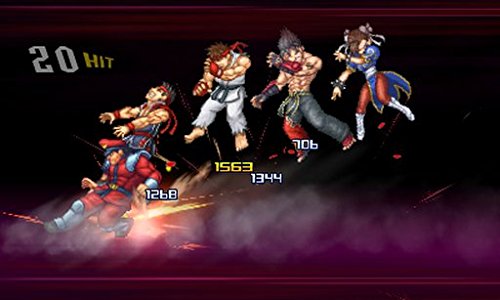 There is a lot of customization for your roster of allies as well thanks to the added Shop feature where you can buy restorative items, and equipment to aid you in battle. I really liked the ability to spend CP points to increase the effectiveness of your individual attacks for both your Pair and Solo Units. These same CP points also allow you to equip skills that trigger by meeting their respective criteria.

As a crossover title, Project X Zone 2 hits a lot of the things that I feel are necessary for making this kind of venture possible. Chief among them is the care that was made in the script and localization to make it an interesting story. The game is voiced completely in Japanese so a lot of reading between fights is required so the developers had to get the script and written word just right. This isn’t just a game where different characters are thrown together in a cardboard presentation. Each character is written in the way that you would expect them to act in their respective series even while addressing foreign elements like the way that Chris and Jill react to most monsters as possible B.O.W.s (Bio-Organic Weapons) instead of what they actually are. It was even interesting to see Resident Evil 6 Leon S. Kennedy’s initial with Chris and Jill from Resident Evil: Revelations which I could understand having played both. 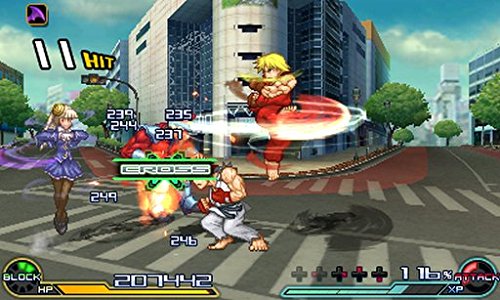 That’s maybe one thing though that may leave some people lost when it comes to some of these characters. Monolith Software has pulled such a wide variety of well-known and even obscure characters together that even I has to look up a few of the characters as I was either never exposed to their games or never got around to trying them out like Resonance of Fate and Nightshade despite having heard of them. Though this may be a bit off putting to some players I took things I stride as I dove farther into the chaos and felt rewarding for doing so especially when characters that I was very familiar with got introduced like Yuri Lowell and Flynn Scifo from Tales of Vesperia complete with an instrumental version of the title’s theme song “Ring A Bell” playing in the background. They weren’t the only one to have variations of their music in the game though as all the main Pair groups did to great effect.

This attention to detail also extends to the artistic style of Project X Zone 2 as well. It was absolutely perfect when I was fighting in the Makai Realm (Darkstalkers) and Phoenix/Maya laid a big ol’ Objection complete in its signature look on an enemy as an attack. I can’t really express how happy that made me when it happened the first time. All the combat animations though are on point here though and things will get absolutely chaotic on the screen when you are triggering Normal attacks with Solo support ones. Not only that you have beautifully drawn animations that play when you trigger any signature attack which give you an up-close look at the characters that are executing them. 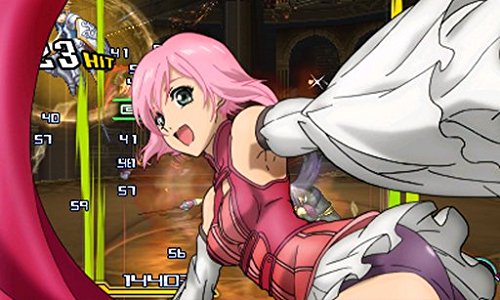 Players will have a lot to do in Project X Zone 2 as there is even more fun to be had when you beat the game as you can take on a New Game+ version of the game called Advanced Mode. There is even an even harder mode called SP Advanced Mode available to purchase via real money with included bonuses if you are so inclined to try that out. Like the Advanced Mode you can’t try it until it unlocks upon your first game completion. There are 19 other pieces of DLC featuring usable items as well for purchase for $.99 cents apiece or together at a reduced cost. Something that I particularly liked about Project X Zone 2 is the at no extra cost Crosspedia that gives you a somewhat brief of each ally, enemy and organization as you come across them that you can view during each intermission which I used more than once when I just couldn’t place a characters game origin.

I’ve played more than a few crossover titles over the years covering a wide variety of gameplay styles and I’ve got to say, Project X Zone 2 is easily my favorite of the bunch. It’s well blended mix of a serious strategy RPG with the fast paced combat of the action RPG genre with enough intrigue and humor to satisfy any anime/manga/RPG fan. I mean that crack at Gunsmith Cats was great though might go right over some players heads even when it’s delivered by a 765 year old otaku. If you’re looking for that next interesting RPG for the 3DS and just happen to love all things videogames then be sure to check out Project X Zone 2 today. 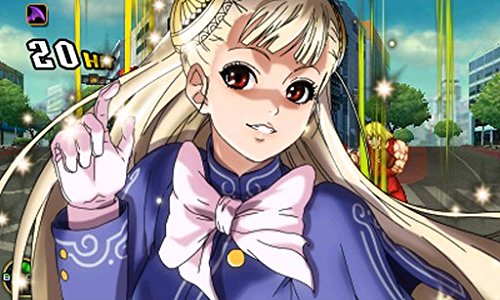