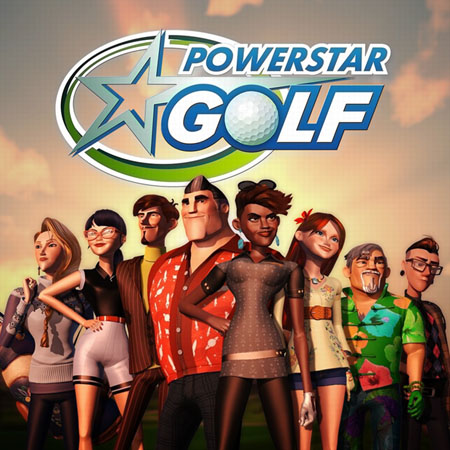 Gorgeous stylized visuals, soothing casual gameplay with a surprisingly addictive and competitive edge thanks to multiple micro-goals for each hole.

Random nature to the upgrade reward packages can cause some grinding for cash to get the items you want or need. One-liners get repetitive.

It's the only next-gen golf game around so thankfully it's a good one.

With the cancellation of EA‘s PGA Tour 15 there is an unprecedented and glaring gap in sports gaming this year.  I guess that’s what happens when an entire sport is dominated and controlled by the monopolized fist of a single publisher.   That pretty much leaves the sport of golf up for grabs, or at least as good a game as you can make without a PGA license.   That means fantasy courses and fictional characters, but it has been done in the past…quite well I might add.  So while the Sony community waits for news on the next-gen installment in their beloved Hot Shots Golf franchise Xbox One gamers are already teeing off with their own Hot Shots-inspired version of golf with Powerstar Golf.

The stylized graphics and character designs make it quite clear from the beginning that Powerstar Golf is not a serious golf game or sports simulation, but that doesn’t mean you won’t have some serious fun when you take to the links with a variety of characters and caddies, each with their own set of unique skills and special abilities.  On top of that there is a massive set of collectible rewards which are distributed through a unique “collectible card” system.

Powerstar Golf is loaded with content, most all of which is locked down when you begin, so despite an eclectic cast of golfers, you can only choose Reiko or Frank to start.  Your character choice not only dictates who you’ll be staring at for the next several hours, but also the handful of amusing one-liners you’ll be hearing over and over; the same goes for your caddie.  More importantly, each golfer has their own set of stats and skills, so if you want to crush the ball off the tee then Frank is your man, but if you prefer accuracy over power then Reiko is your girl.  Characters and caddies also have their own special powers.  Frank can boost his drives while Reiko can magnetize the hole and perhaps lure the ball closer to the cup.  Other characters and caddies have their own abilities and perks, and these are limited in use based on the number of holes you are playing.  It never seems that you have enough, but that just goes into the strategy of knowing when to use them for best results. 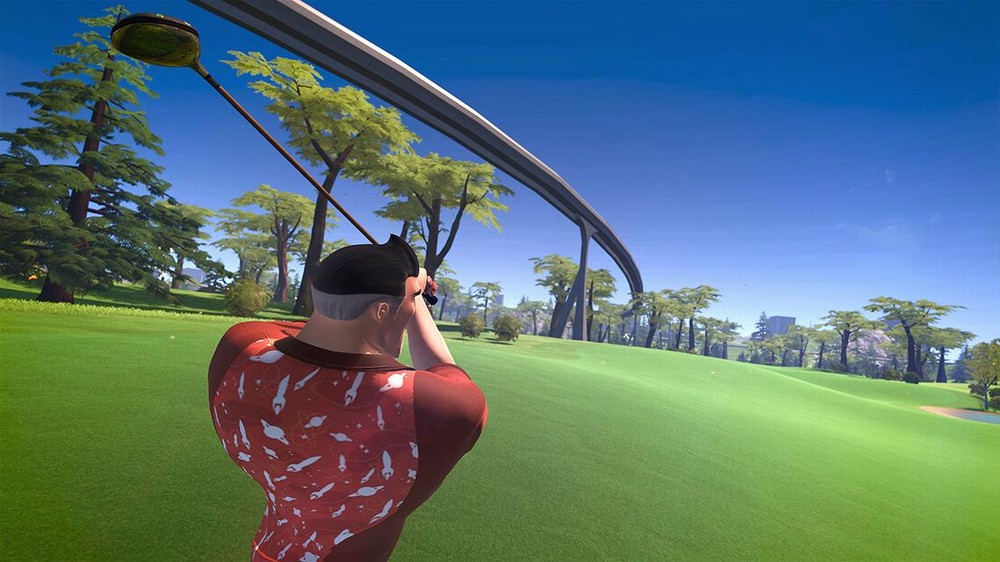 Despite the initial impression that this was some silly cartoon golf game there is definitely a seriousness to the game.  The graphics are quite stunning, and while they never attempt to be photorealistic I dare say the game is superficially more beautifully than anything Tiger Woods has ever offered.  Everything from the landscapes to the camera angles to the wacky special effects to the non-invasive HUD and interface makes this game a joy to play for hours on end.  The audio is excellent with pleasing music, realistic environmental sounds, and amusing dialogue.  I especially enjoyed the game telling the caddie to “Shhhh…” if you start your swing during their advice.

More importantly, Powerstar Golf plays like a serious golf game, or at least as serious as you can be when you factor in those special abilities, but the game never demands you use them.  I would argue that a game that only allows you three putt previews per nine holes is far more serious than Tiger Woods where I can preview once per putt.  There are no twitchy analog swings in Powerstar Golf.  This is the old-school meter with the three-tap system where the first tap starts the swing, the second sets the power, and the third determines the accuracy.   You can also use the D-pad to control the impact point putting top or back spin on the ball or forcing a draw or fade.  It’s all stuff we’ve done a million times in other serious and arcade golf games but Powerstar Golf makes it intuitive and fun from the very first hole.

Something new to this game is the way rewards are being delivered.  There are all sorts of new clubs, balls, costumes, and one-off caddie perks, and you will earn credits for winning the various golf matches, but instead of going to the pro shop and buying exactly what you want, you buy these tiered card packs.   Inside each pack are various rewards; their quality based on the tier package that you just purchased with the random chance of a possible item from the next higher tier.  This is how you get new gear for your golfer and new perks for your caddie. 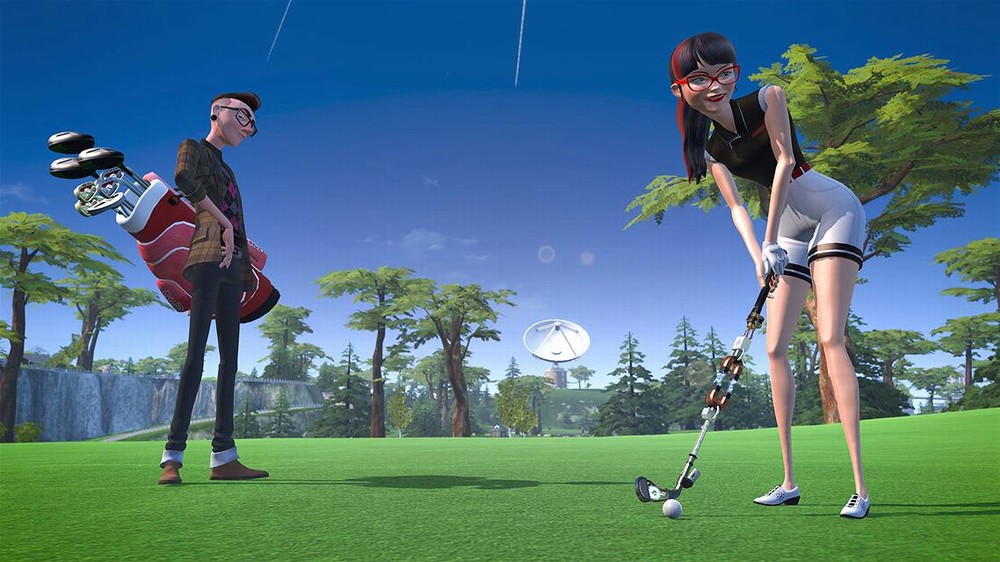 With that said, you are either going to love or hate this reward system.  I enjoyed the mystery and suspense of opening each new pack as much as a kid on Christmas morning.  Would I get that driver I needed to complete my character set or would I get a lame golf ball I already owned.  And you also have to decide if you want to buy a cheaper card pack or play a few games and save up for the more expensive sets with better prizes.   The caddie perks are also a nice touch, and you are allowed to select up to three for each game, but if you quit or restart the match you lose any equipped perks.

It’s not like the prize system is the only reason to play the game.  Powerstar Golf has an incredible leaderboard system integrated right into the main game that not only tracks your previous best effort, but that of your friends also playing the game as well as the world record holder.   Tiger Woods did something like this several years ago where you would always see a marker for longest drive or closest to pin right on the course while you played giving you an instant goal to overcome.   Powerstar Golf takes it even further with a great HUD overlay and bonus XP rewards when you beat records and advance those target lines closer to the hole.   It just creates all of these potential mini-victories that positively reinforce the game, even when you might be playing poorly.

There is no online multiplayer but you can have up to four playing locally in Stroke and Match play.  There is also an interesting system in where you can lend out your caddies to other players who then get the benefits of any perks you may have that they haven’t found yet.  There are no tournaments or organized online events but those in-game target goals are dangerously addictive.

Powerstar Golf has a lot of content that will take you weeks and months of play to unlock and complete.  Each event rewards you with bronze, silver, or gold so there is always that motivating factor not to mention all of the personal victories waiting to be overcome with each drive, chip, and putt.  Some may see the reward pack system as a blatant attempt to cash in on microtransactions, but for me; it just made me want to play more golf and earn more cash.   For now, Powerstar Golf is the only golf game in town.  Thankfully it’s a gorgeous game that is fun to play and loaded with endless replay potential. 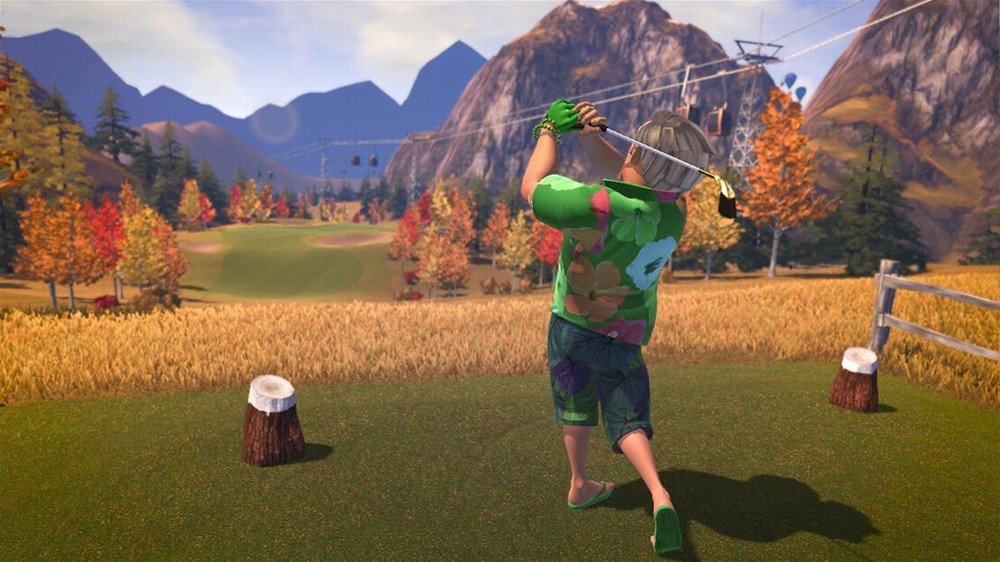 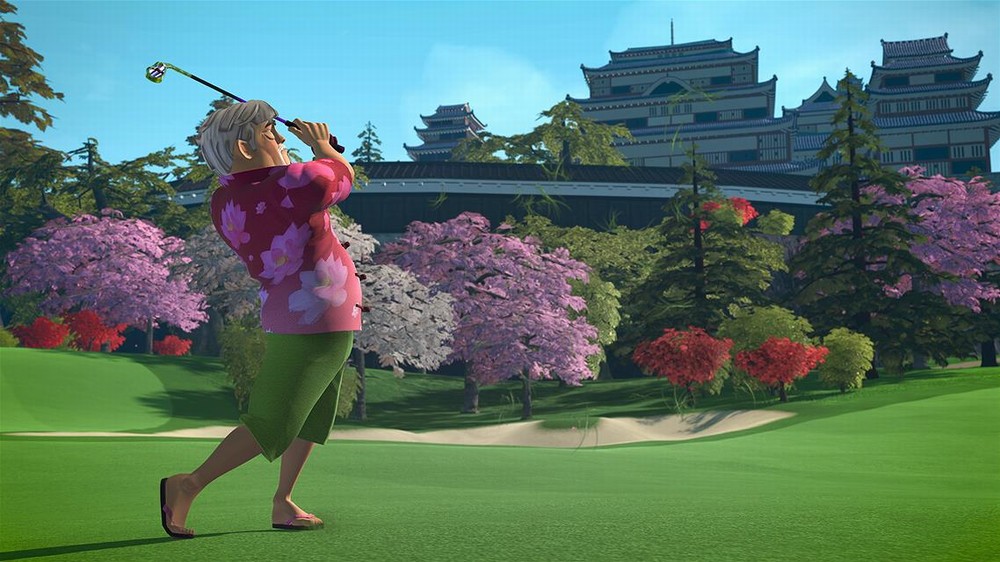 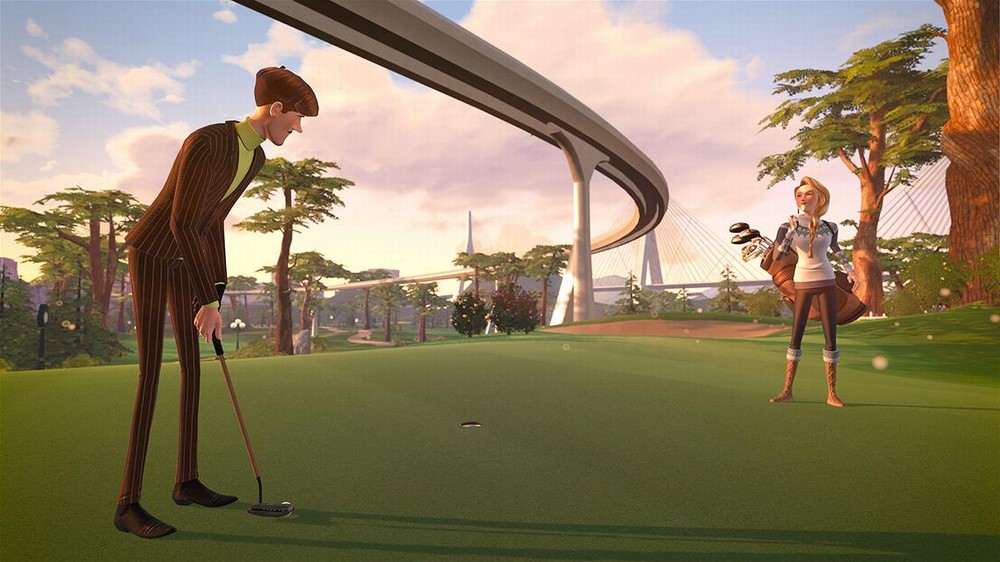 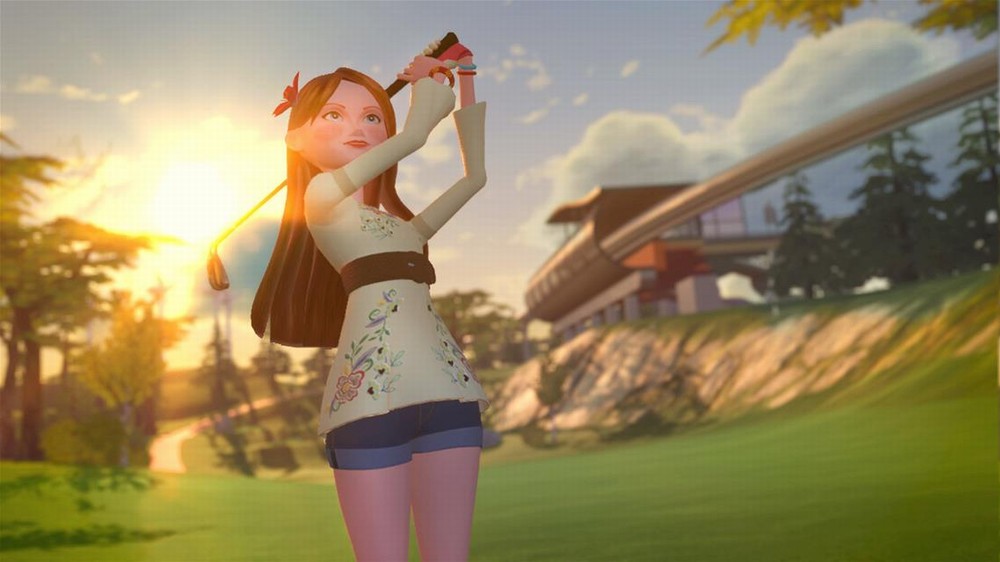 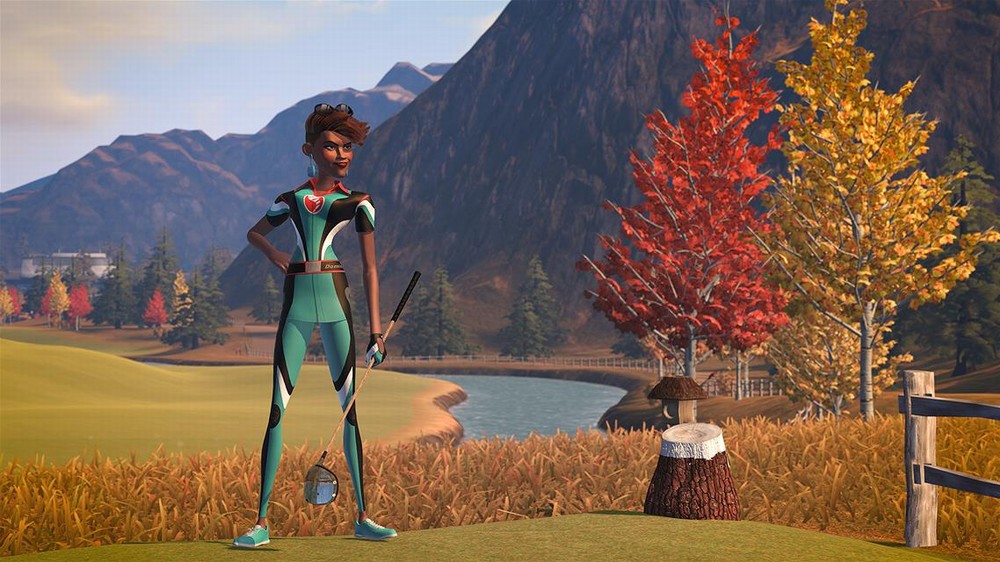 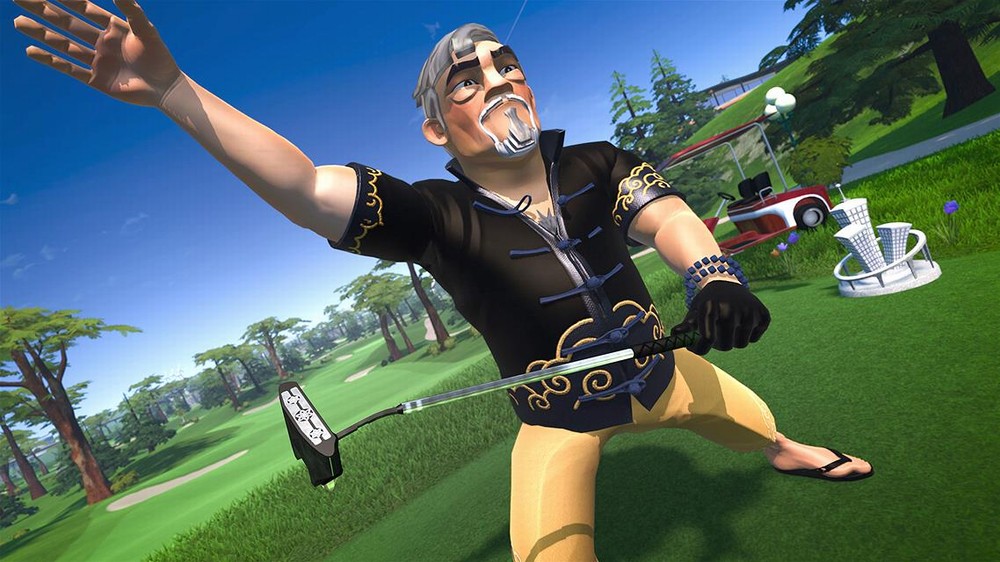 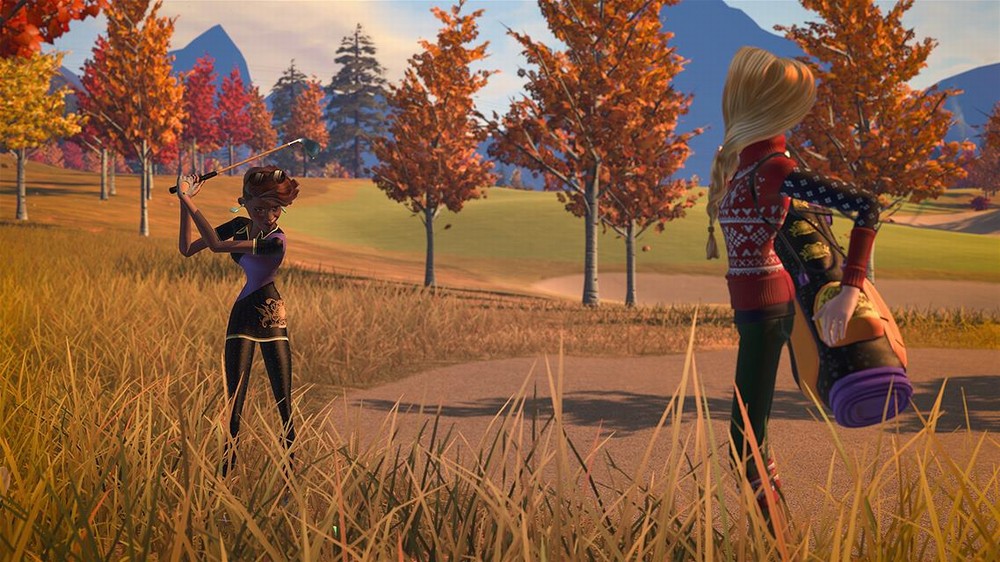 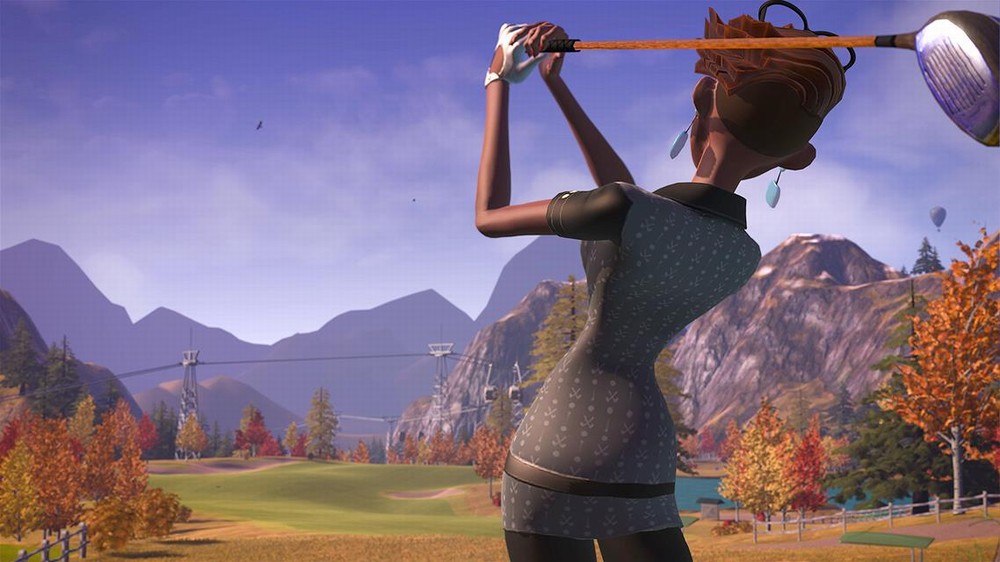 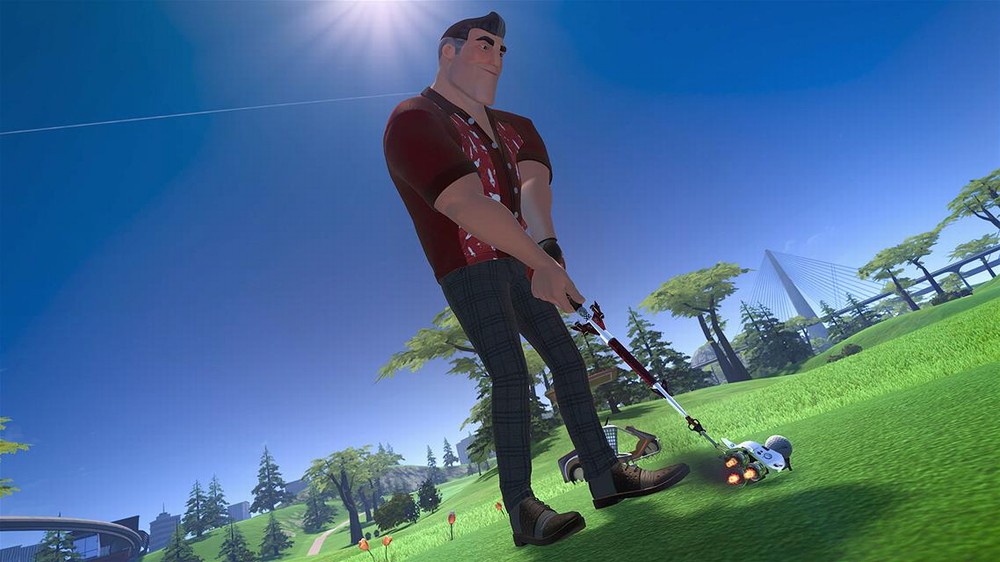 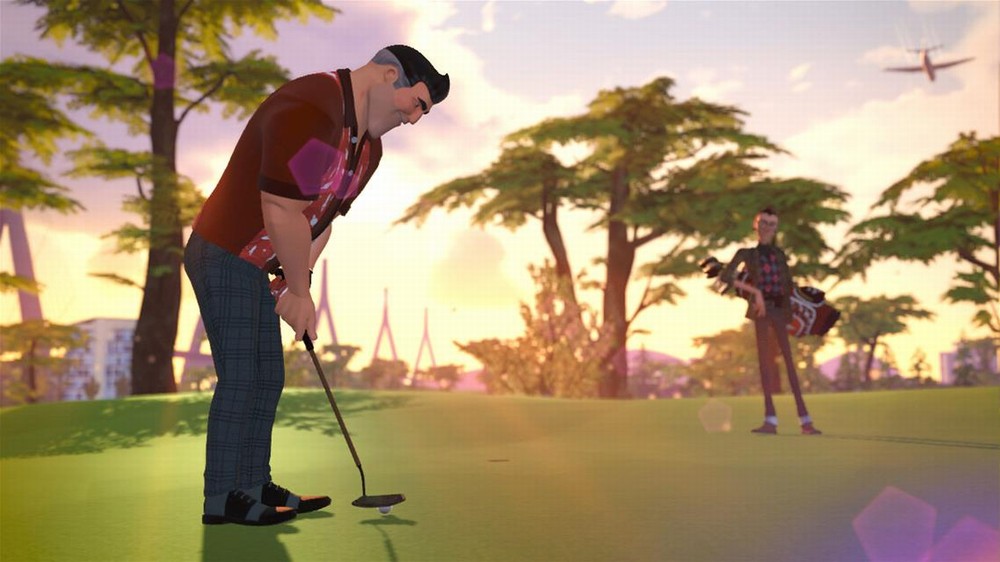 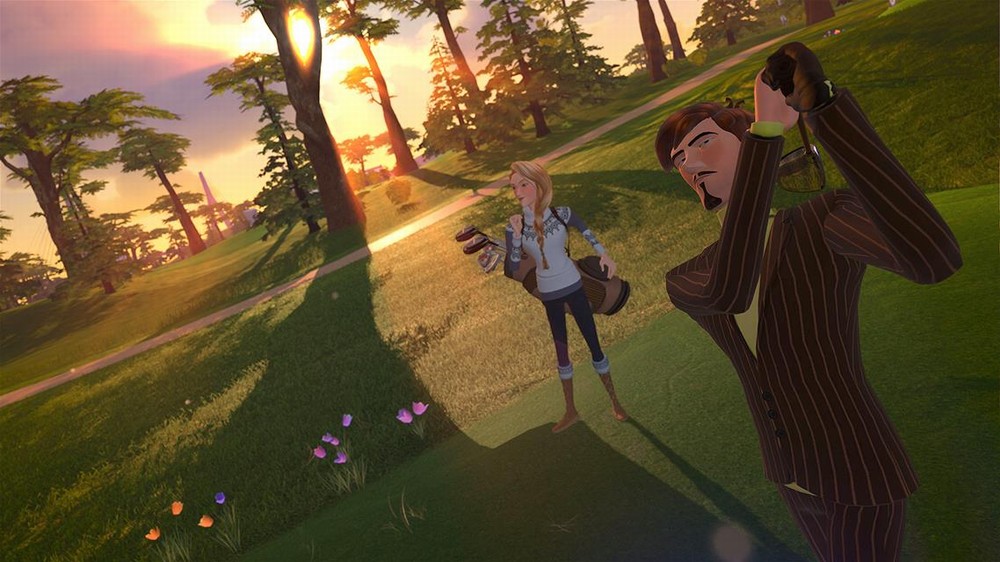 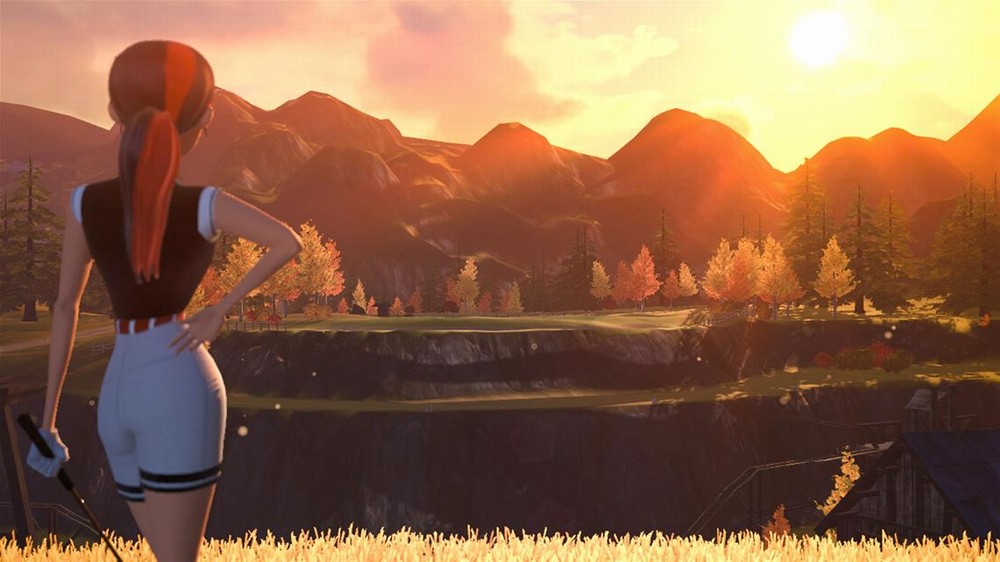 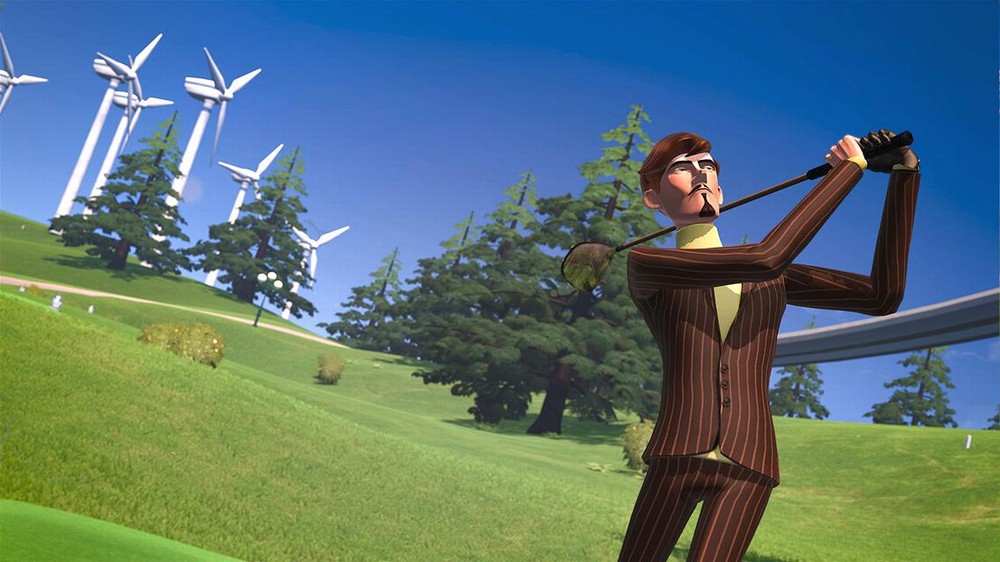 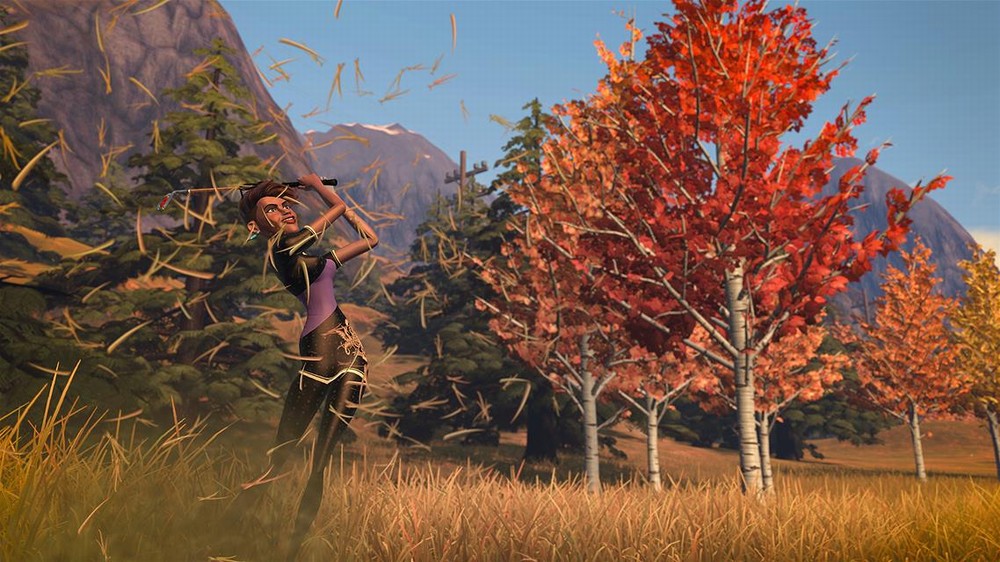 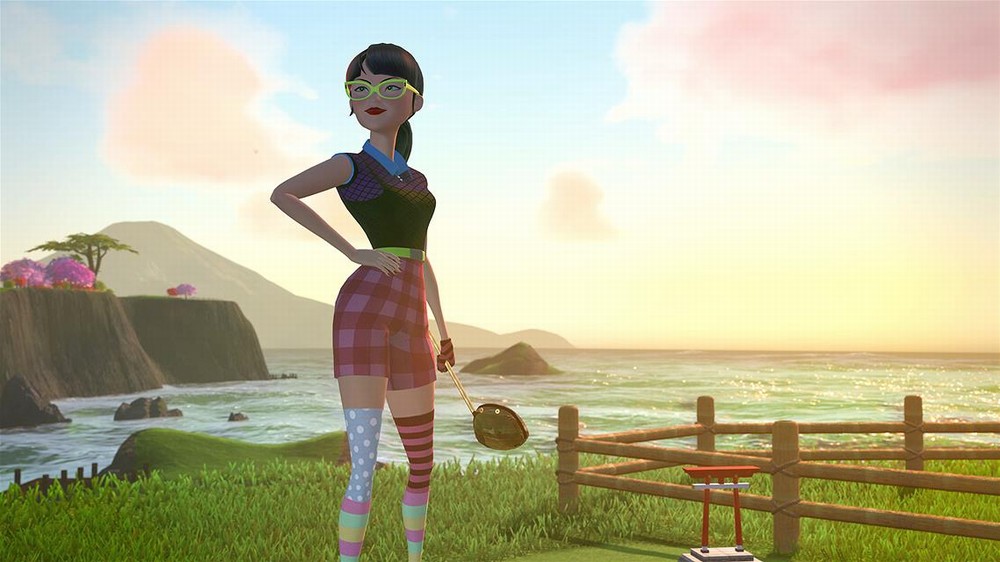 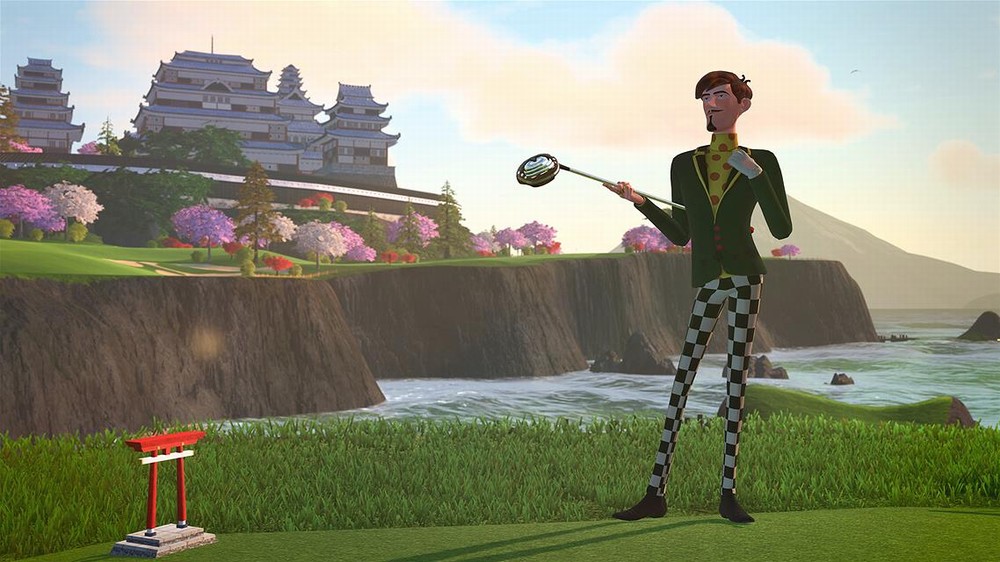 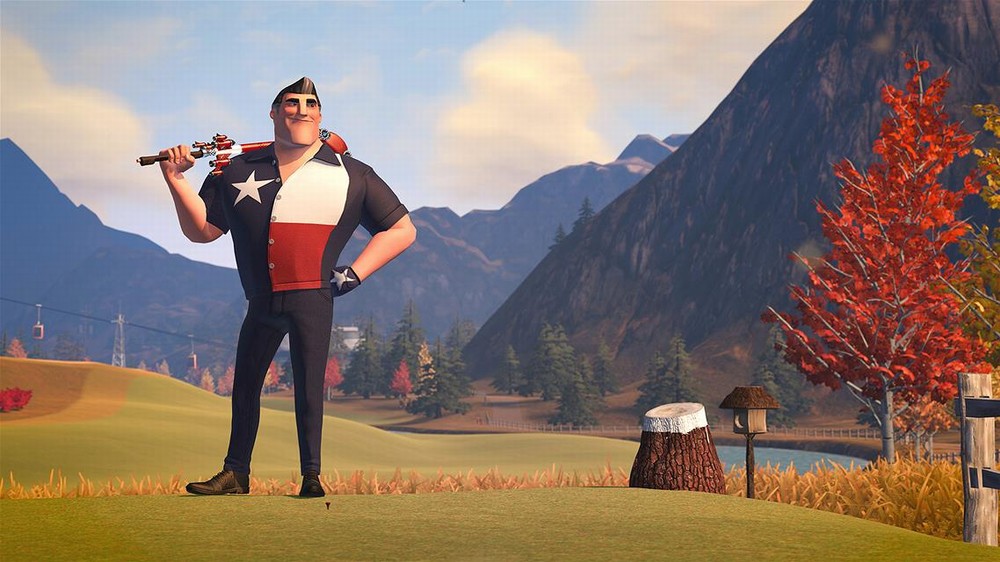 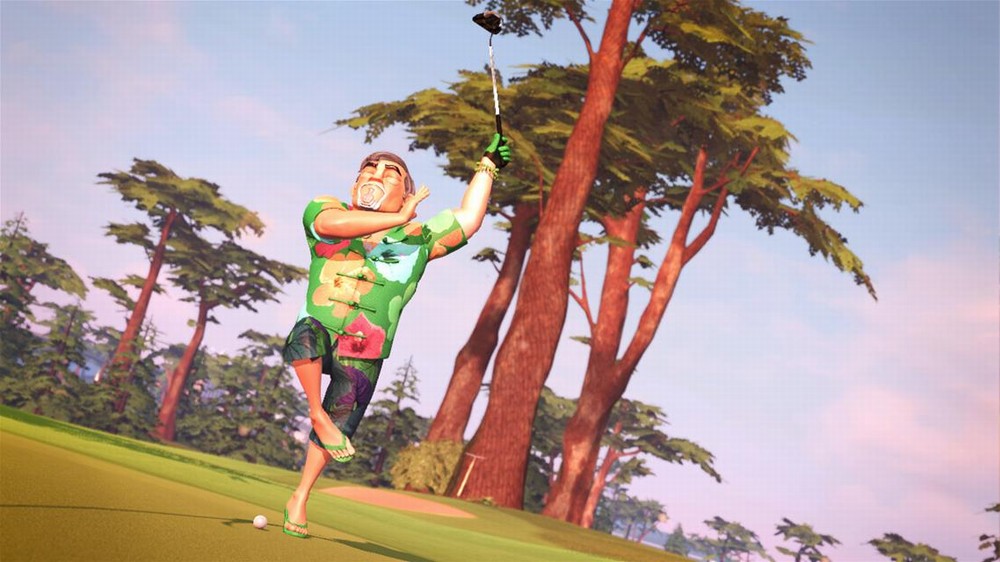