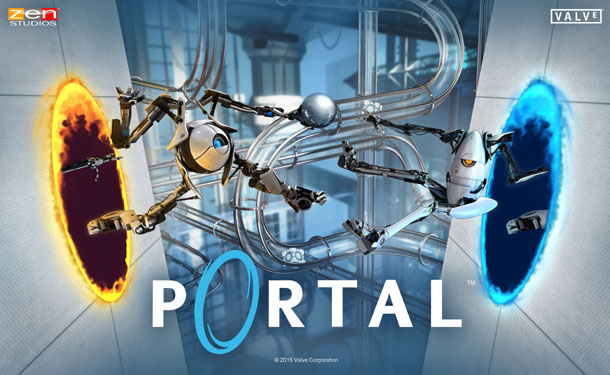 Actually winning this game may take longer than finishing the real Portal.

Zen Studios knocks it out of the park with Portal Pinball.

Just when you think that Zen Studios can’t dig themselves out of the Marvel and Star Wars pinball table pit they drop an epic bomb like Portal Pinball.  Admittedly it’s no substitute for the eagerly anticipated Valve sequel – assuming one ever materializes – but those pinball wizards over at Zen have masterfully captured the essence of everything we love about Portal and put it into what has become, one of my top 5 pinball tables in their entire collection.

You can see the game in action in our live gameplay video:

Portal Pinball features assets and audio from the original award-winning Portal series, including the voices of Ellen McClain, Joe Michaels, Nolan North, and Stephen Merchant.  Relive the adventure as you guide Chell and Wheatley through the treacherous Aperture Labs while GLaDOS does her best to thwart your escape.  All of the tools and gadgets are back including the light bridges, redirection cubes, sentry robots, and that familiar orange and blue color scheme in both the artwork and gallons of that propulsion and repulsion gel.

One of my favorite elements of Portal Pinball are the mini-games or challenges disguised as Test Chambers, all access by the familiar tube lift at the top-center of the table.  You get to choose your challenge each time you enter the tube, and if you can complete them all you’ll move on to the ultimate showdown in the GLaDOS Final Battle.   Some of the challenges can be quite difficult, but your progress is saved within each game, so you can always retry any mode.  There is also some tactical strategy in that you can sabotage turrets in the final battle by completing the Turret Factory challenge during the main game. 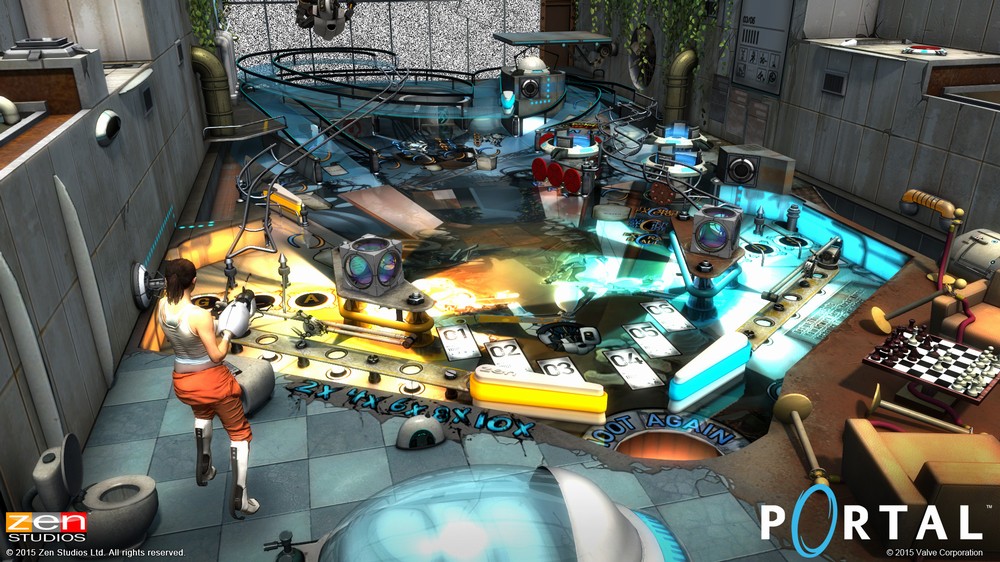 The table architecture is excellent with nicely placed ramps and targets that can be hit with reasonably accuracy.  With three lanes on each side your odds of losing a ball down either are slightly reduced but there are generous ball saves and kickbacks available as well as up to five extra balls that can be earned by hitting the Cake Target – it’s NOT a lie after all.

I played Portal Pinball on both the PS4 and the Xbox One and for the most part the experience is identical.  As always, I prefer the pre-game interface on the Xbox One while the DualShock 4 offers a superior flipper response.  The PS4 also offers slightly better performance – the Xbox One has random and infrequent moments where the game pauses for just a fraction of a second.  The PS4 also supports 3D, which I never really enjoyed until I got a 4K TV with the motion flow to play in 3D without eyestrain or a headache.   Once you play in “good 3D” it’s hard to go back to 2D.  Both versions offer the same modes, tournaments, and trophies/achievements, so you can’t go wrong with either version, but if you have both systems I’d probably go with PS4, which also lets you play on PS3 and PS Vita.

Zen Studios knocks it out of the park with Portal Pinball.  The table oozes with personality thanks to the collaborative efforts with Valve to recreate the look, feel, and most certainly the sound of Portal.  Everything from the music, sound effects, and fantastic voice work comes together to create such an authentic Portal experience that you might find yourself resisting the urge to go play some “real” Portal. 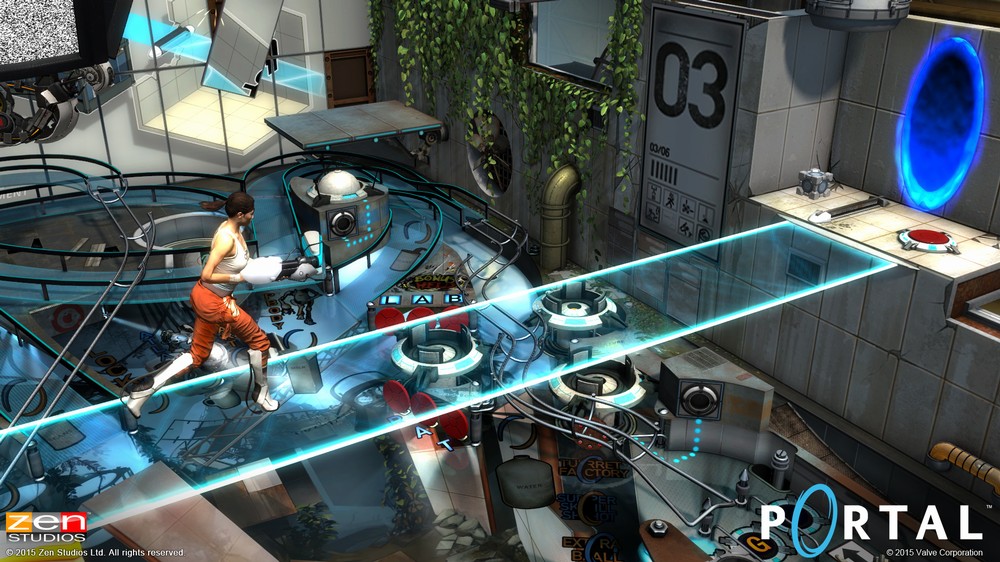 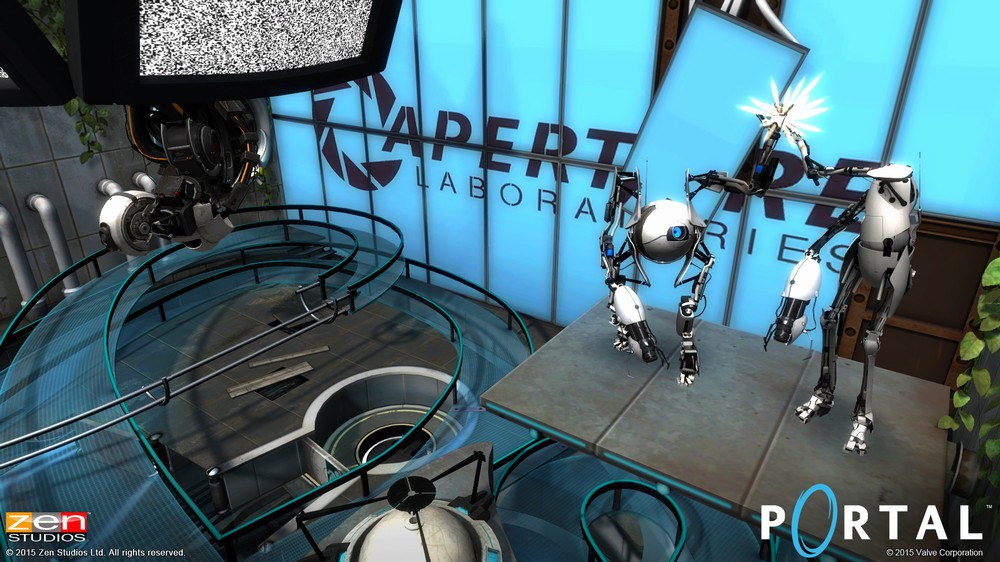 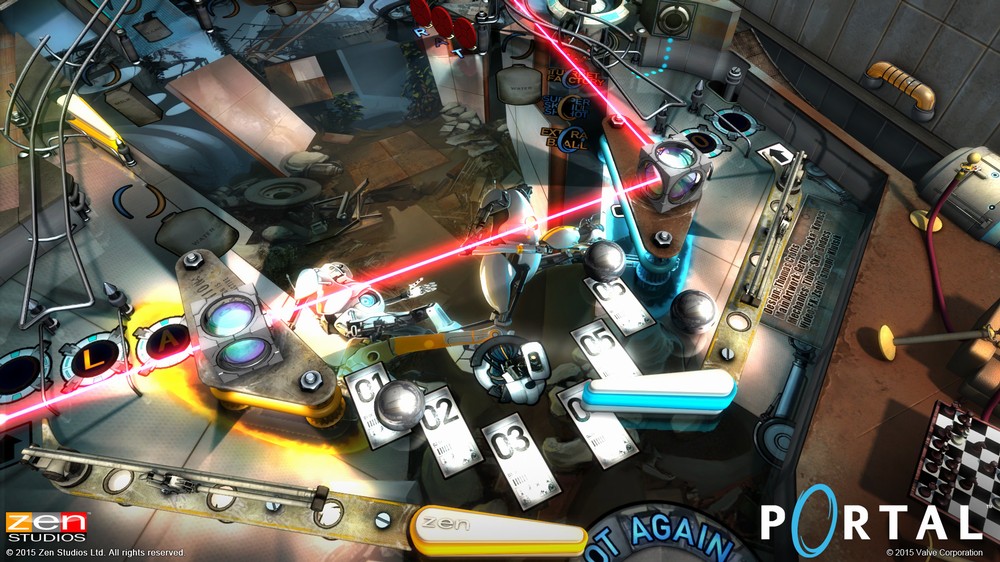 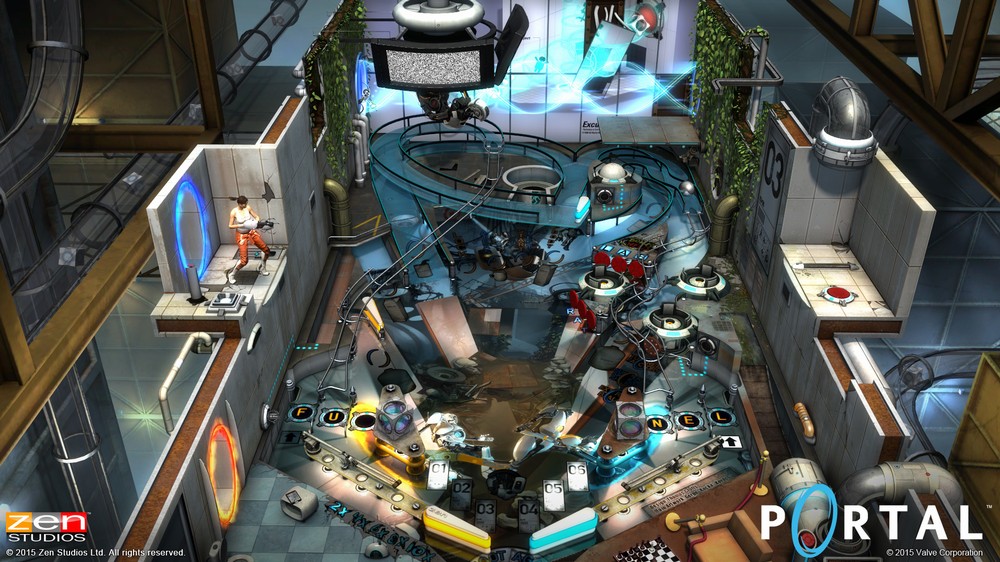 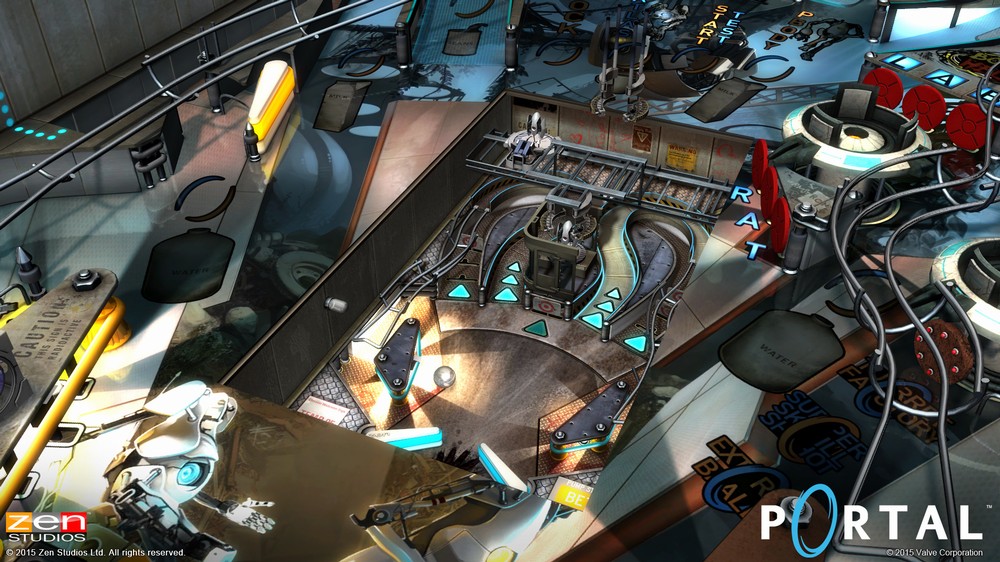