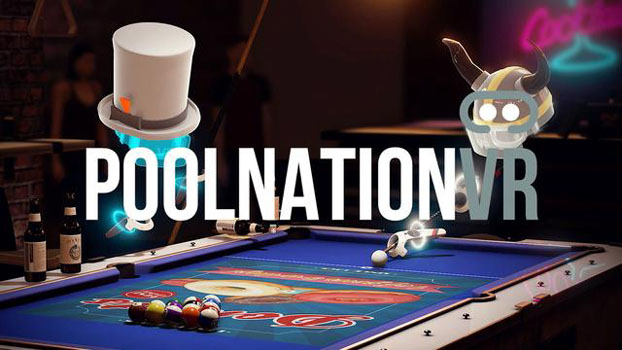 I’ve been playing pool for over 45 years in the real world, so it is easy for me to say that Pool Nation VR is easily the most realistic pool simulation I have ever played on the PC; so real that within ten minutes I had actually had my first physical accident playing in room-scale VR when I leaned over the table to rest my wrist on the felt and instinctively shifted my body weight to that hand (as I have done in thousands of real-world pool games) only to fall through the virtual table and collapse on the carpet.

That’s a totally true story and one you’ll find easier to believe once you slip on the HTC Vive and are magically transported to an impressively large yet sadly empty sports bar complete with rows of pool tables, a Skreeball table, air hockey, dart boards, and even a working jukebox.  A few groups of soulless patrons are scattered about the place engaged in casual banter that seem to purposely ignore you – ah…just like real life again – so feel free to interact with almost anything in the bar like chairs, bottles, etc. to create some havoc.  If you get really frustrated head over near the starting table and kick over some giant dominoes…then set them up and knock them over again. 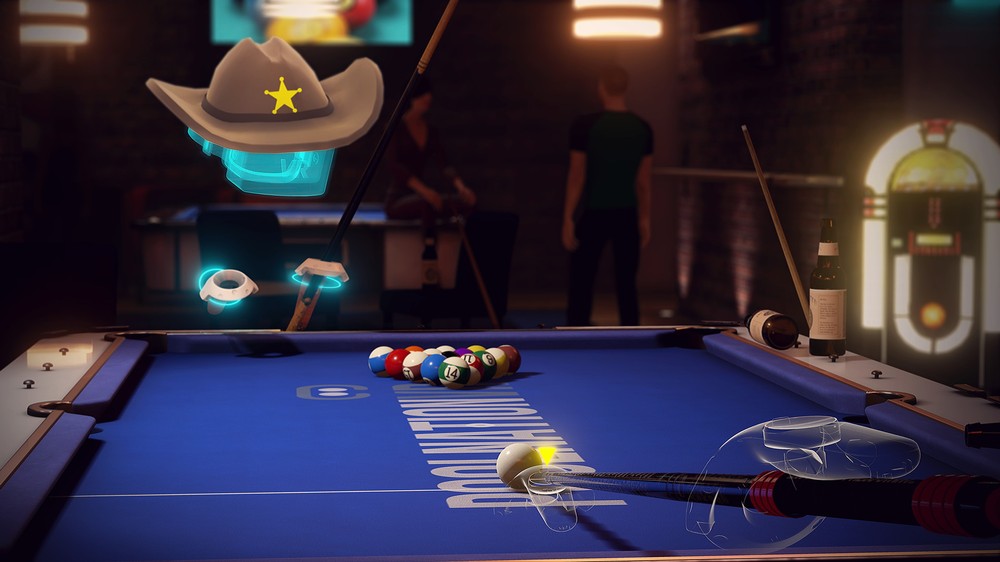 Most of the non-pool related content is still a work in progress.  The Skreeball game is still in beta with a few obvious glitches like being able to release the ball at table height rather than hitting the front of the machine or lobbing the ball at the target.  You can throw darts at the board but there is no way to start a proper game that keeps score or play against any AI, plus the physics of throwing the darts feel way off.  Air Hockey is probably the best secondary activity in the game and a recent update has improved the opponent AI creating some intense matches.

But the real reason you’re here (hopefully) is to play some pool and that is where Pool Nation VR gets it right.  It’s been just over three years since we reviewed Pool Nation on the PS3, but even then we recognized a quality pool simulation.  Now, with a powerful PC and the advent of VR, you can have all the fun of playing pool in the pub without ever leaving your home.  And the game even supports online multiplayer so you aren’t forced to play the aggressive AI opponents any longer than you want, assuming you can find anyone playing online who is hopefully wearing a mic.

There is no way I could fit a real pool table in my current home, but Pool Nation VR is truly the next best thing.  Using the Vive controllers and the intuitive teleport movement system I can easily reposition myself around the table and even take a few steps in any direction to line up the perfect shot.  Controls are simple with an optional ghost ball that shows your point of impact.  Once lined up you lock in your angle then pull back and push forward with the same realistic force you would in real life to hopefully sink your shot.  The physics for striking the ball are just as accurate as the table physics when it comes to velocity, angles, and spin for bank and trick shots. 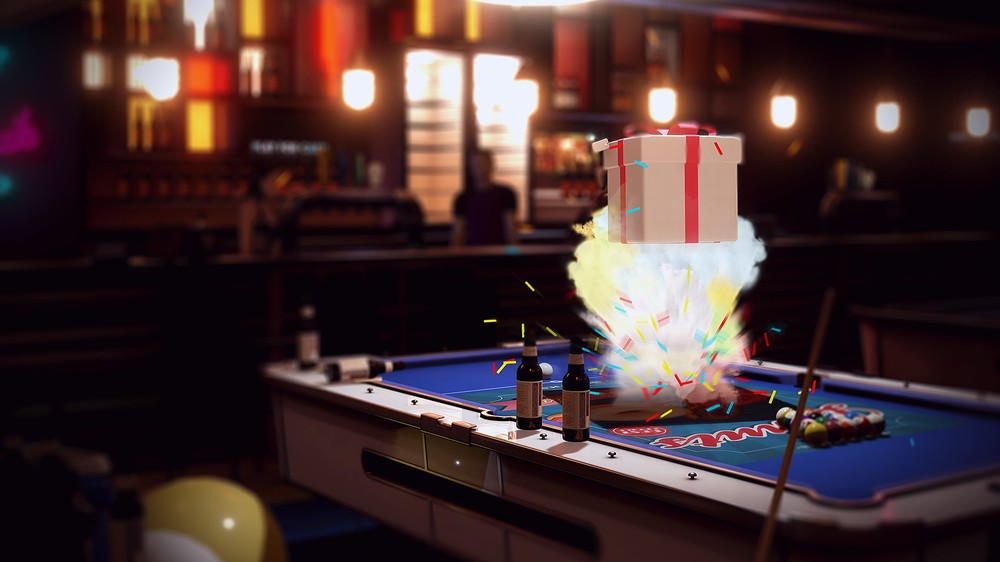 The pop-up menu allows you to pick your game and degree of difficulty which will determine your opponent.  The more you play and win the more stuff you’ll unlock to customize the game; stuff like new table felt designs, pool cues and even bling for your controllers.  The list of unlockables is most impressive and will keep you busy for a long time.  The only thing I can think to possibly add is a way to control the content of what is being played on all the TV’s in the bar – maybe let me stream a YouTube playlist or sync with my Netflix or ESPN account so I can keep tabs on the game while I play some pool.

For $20 even if you only come here for the pool you are easily going to get your money’s worth.  All of the extra stuff the designers are adding only makes it just that much better, and they seem to be fairly consistent with their updates and online communication with their customers – more so than a lot of Early Access games where this is expected.   I’ve never experienced this level of support for a final retail game after the initial purchase unless it was for paid DLC.  Pool Nation VR is easily one of the best examples of how VR is going to change the way we not only play games but socialize in a world where we never have to leave the house.  I just need to restock my bar now. 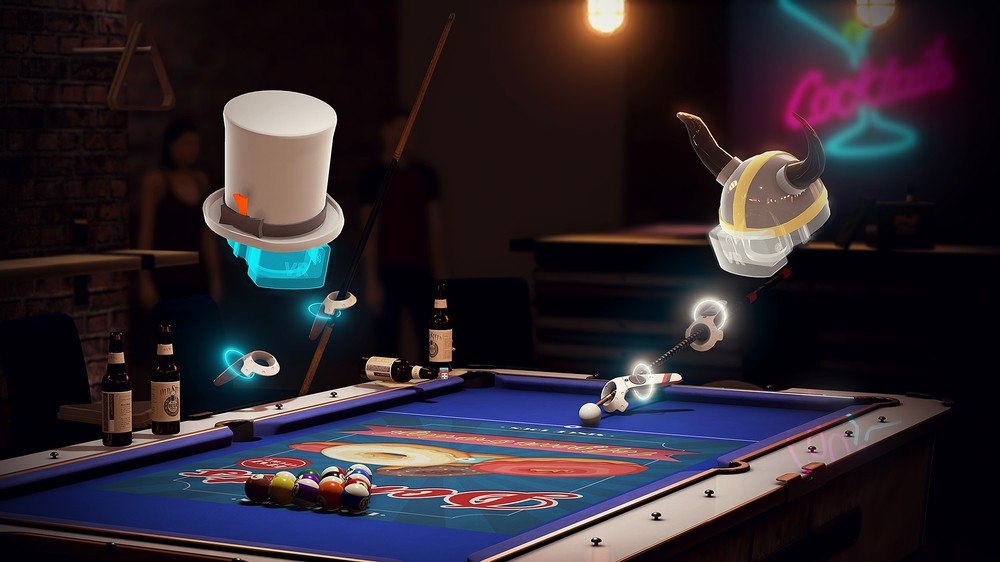 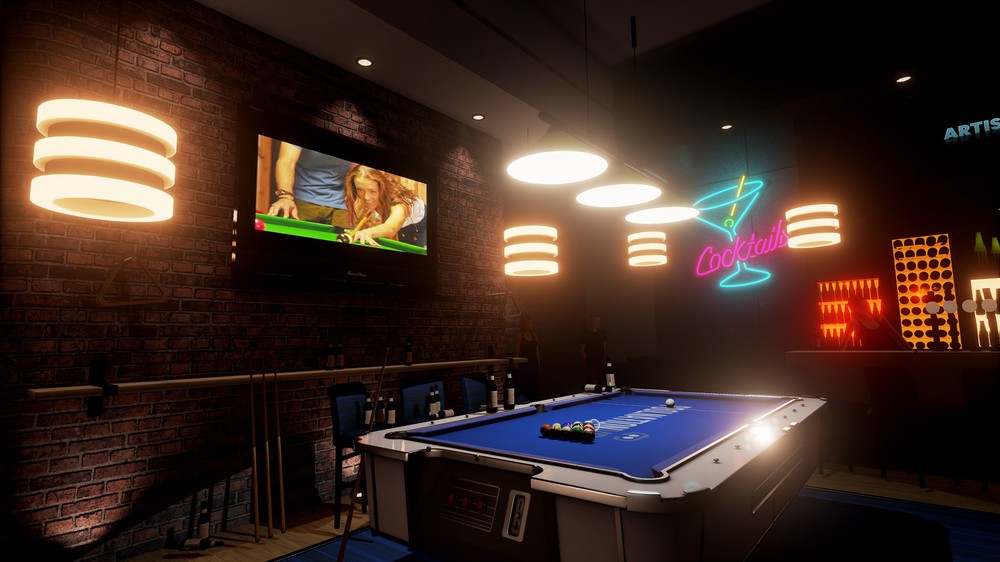 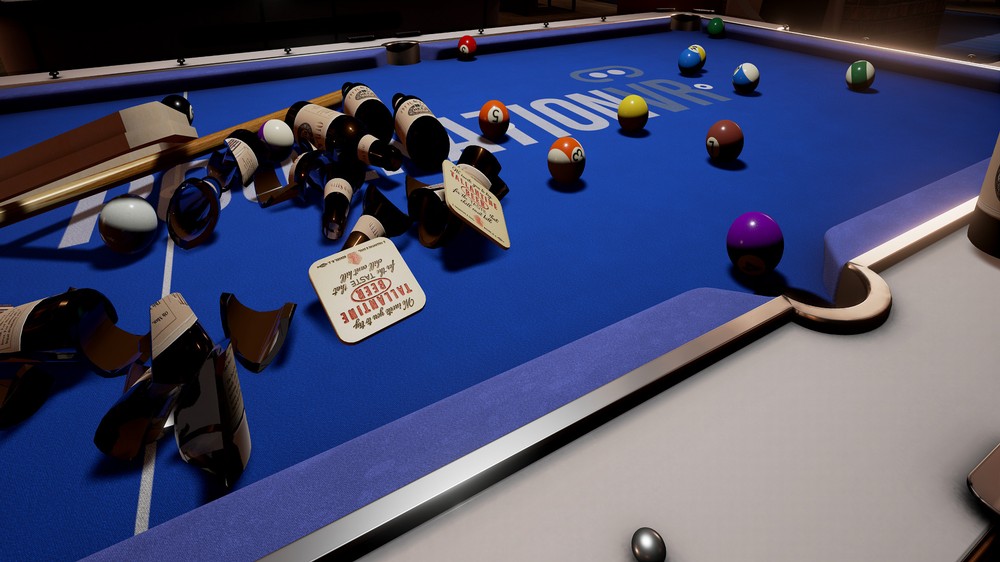 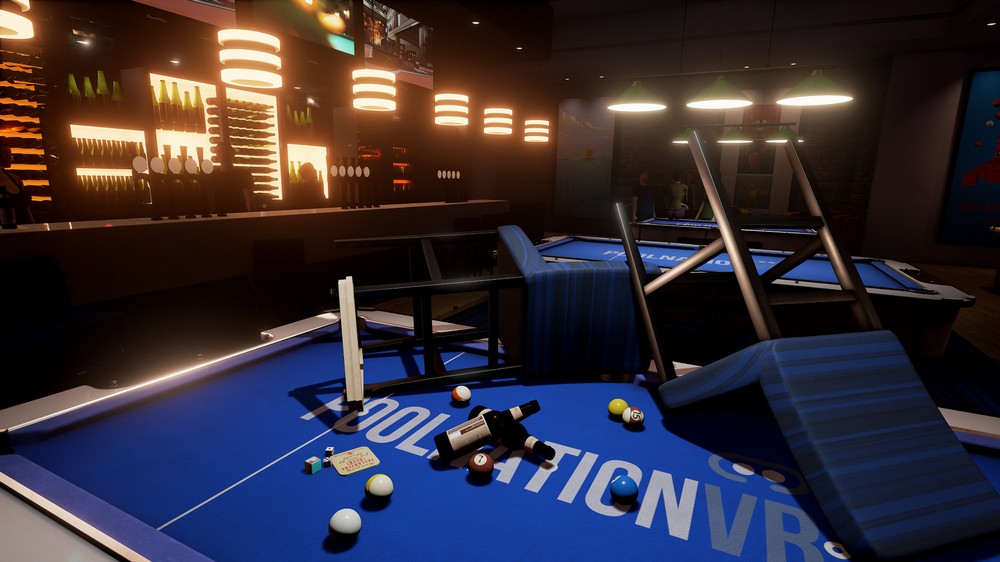 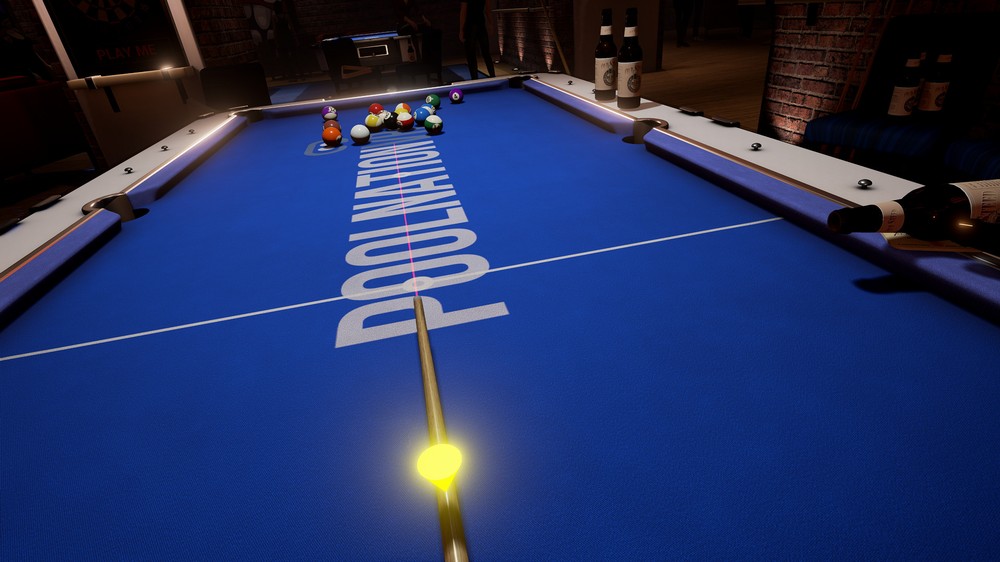 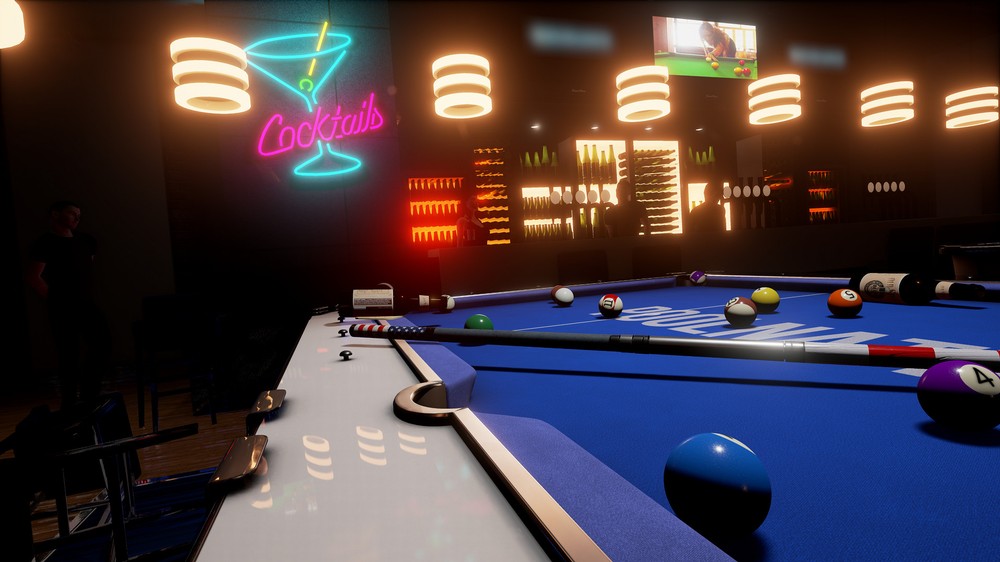