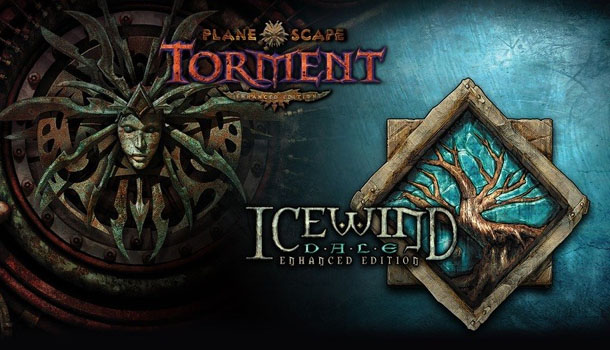 Planescape Torment is a cult-favorite isometric-RPG originally released in 1999 for the PC. I’ve personally tried to get into it several times, once when I was 16, once during my college years and just recently for this review. Every time I’ve run into the same roadblocks. I’ve wanted to love this game so badly but just simply couldn’t. Planescape Torment is one of the best games that I can’t seem to make myself play.

Beamdog has done a fantastic job porting the game over to the PS4, and having played it on the PC originally, I actually found that I enjoyed it more with a controller than I did the mouse and keyboard. Traditionally in isometric games or other top down games there is an issue of having to just click every little thing for fear of missing loot, dialogue or, even puzzle solutions. When moving with the sticks it will highlight objects that you can interact. It adds a great deal of accessibility to the game as it naturally highlights elements as your moving about. 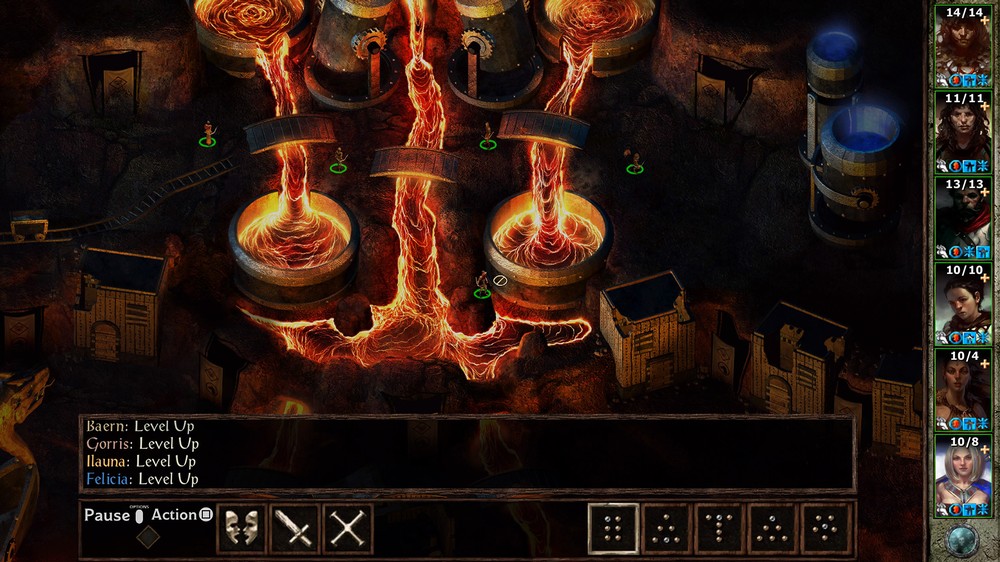 Despite those improvements there are still issues in the menus and doing certain tasks. The original way the menus were designed and the order of operations for a given task were ordered different back when the game was originally created. It’s certainly possible to spend many hours as a skill less and classless “fighter” if you don’t know who to talk to or stumble into them along the way. Even with all of the improvements and changes, I think I finally have to admit that Planescape torment isn’t for me.

The game begins as the immortal amnesiac ‘nameless one’ wakes up from one of his literally uncountable deaths. His body is covered in tattoos that act as instructions from his past selves, but other than that a lot of time will be spent wandering near aimlessly in a well realized foreign world. The controller makes navigating the world relatively easy, unfortunately the actual combat in the game based of 2nd edition Dungeons & Dragons rule-set (What I believe to be) is just a burden to maneuver. Planescape is the most story-focused of all of the classic dungeons and dragons isometric RPGs. If you can get over that learning curve however, there is quite a gem underneath, and if its right up your alley there are many classics to enjoy. 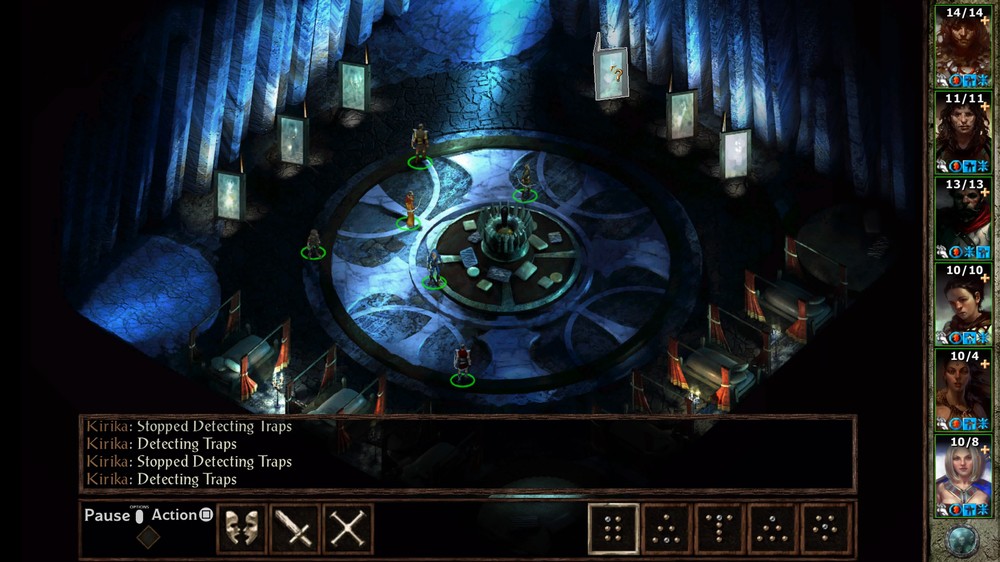 The story is the main attraction here, the “Nameless one” has lived many lives and influenced the world around him. Feeling out how others perceive you is often intriguing because of what *you* could have done to them in another life. The characters have excellent dialogue that can be seen everywhere such as throughout companion dialogue, one off NPCs and quest givers. They’re realized people with their own issue that make them damaged as well. The initial conversation with Dak’kon for example, is on what it is, to question, to know, and what it is to know thyself. As one of the nameless one’s incarnations seeing how you’ve changed them as individuals can be a painful process when you see the manipulation or malice that had been employed.

The backdrops for the music and settings look great with the increased resolution, they hold up quite well despite the age. The only downsides are sometimes complex images taking a moment to decipher as to where you should go next or what is a ramp and what is a wall. The biggest graphical goof that I encountered is that the pre-rendered cinematics look to be barely touched up, so we are running videos from early 2000’s on 2019 machines and they just look, to be blunt, ugly as sin. I used a 4K set up and it was difficult to look at them when they played; thankfully there aren’t that many.  While the entire game isn’t voiced, enough story beats and contextual interactions are voiced so that there is still a sense of the characters voice and its inflections. Along with the superb voice acting the ambient music was always fitting for the discussions at hand. It never felt out of place or forced upon me or the interaction, it just felt “right” for the moment. 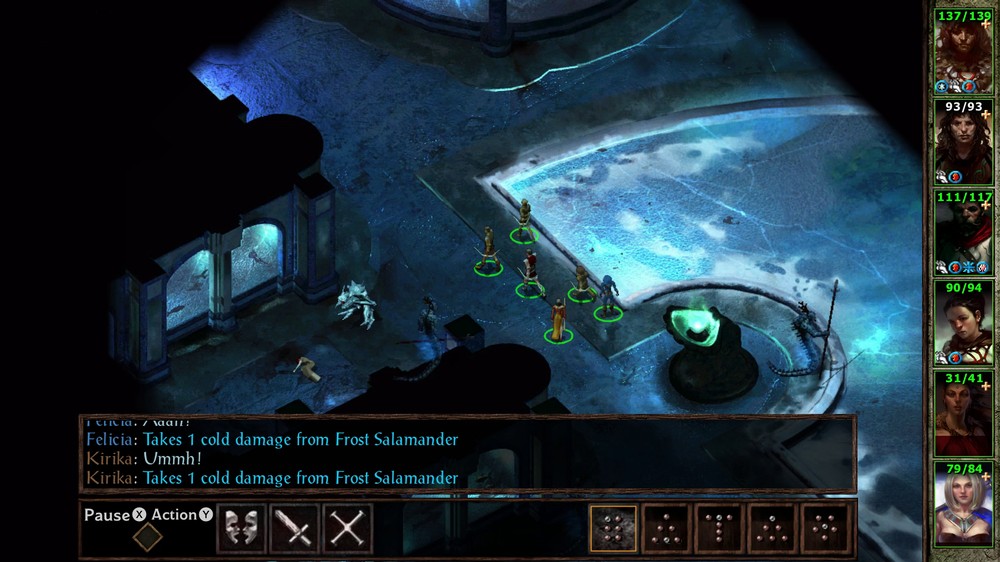 If you can meet the game in the middle there is plenty to enjoy. Patience is a requisite. It comes down to the fact that this was a niche game when it released and it’s still a niche game with its rerelease. The storytelling is great, but in today’s modern world some things really stick out like a sore thumb that maybe wasn’t a big of a deal back then.

Whereas Planescape was released in 1999, Icewind Dale came out a year later in 2000, As you previously read, these games weren’t easy, they require a lot of patience and perseverance due to the fact that this was in the time before voice acting was a staple in most RPGs. With only a year in between games as you can imagine the gameplay is very much the same; everything is Dungeons & Dragons controlled, your attacks, your spells, the interactions you have with people, its hidden dice rolls. 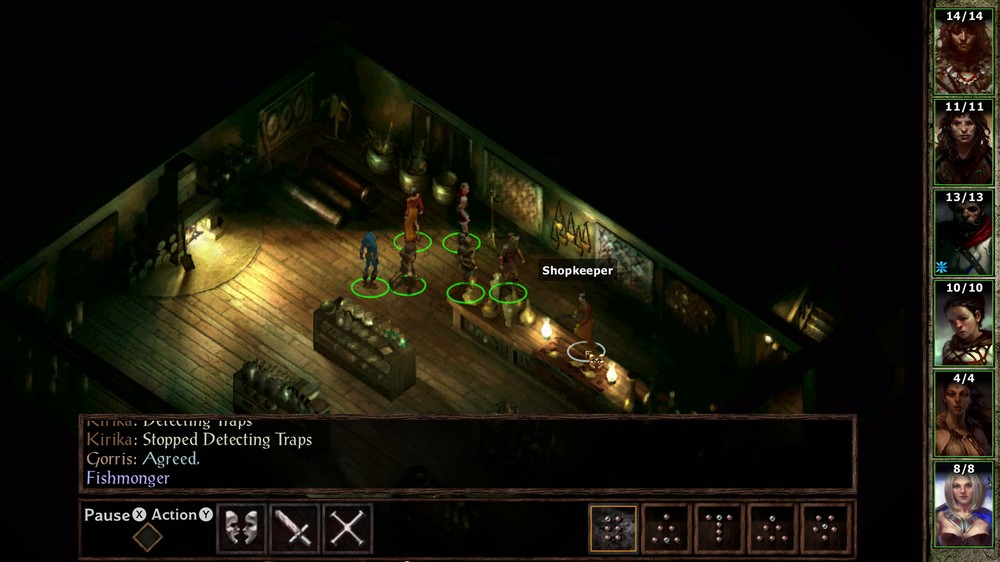 The enhanced version of Icewind Dale has been further reworked to allow you to play not just in the classic D&D 2nd edition but also the new story mode which allows for you to play the game without fear of death since your characters will be much stronger than your enemies. I find that they made it accessible even to someone like me to who has only ever played one session of Dungeons & Dragons. I had to do a bit of research as I mentioned I’m very new to this series/genre and I found that the previous complete edition, which was released years ago still had some cut content and that this version brings it back just like in the previous release. It wasn’t much mind you, but it also apparently imports a ton of classes, equipment and the kits that go with them from Baldurs Gate. My most welcome addition is the ability to skip dialogue, it’s not that I don’t like hearing story; it’s that I dislike how slowly it’s presented sometimes.

I decided I wanted to tackle Icewind Dale because I’m huge Final Fantasy fan and its party systems. The main draw for me is that in Icewind Dale just like in its original release you start the game with a full party, none of the nonsense of a “Nameless one” who you had no real idea of what was going on. I wanted to start up ready to go. From what I gathered while playing, I could have chosen to completely choose a new party to adventure with or just take the preset one you start with, as I am newer to the game I just went ahead and went with preset. 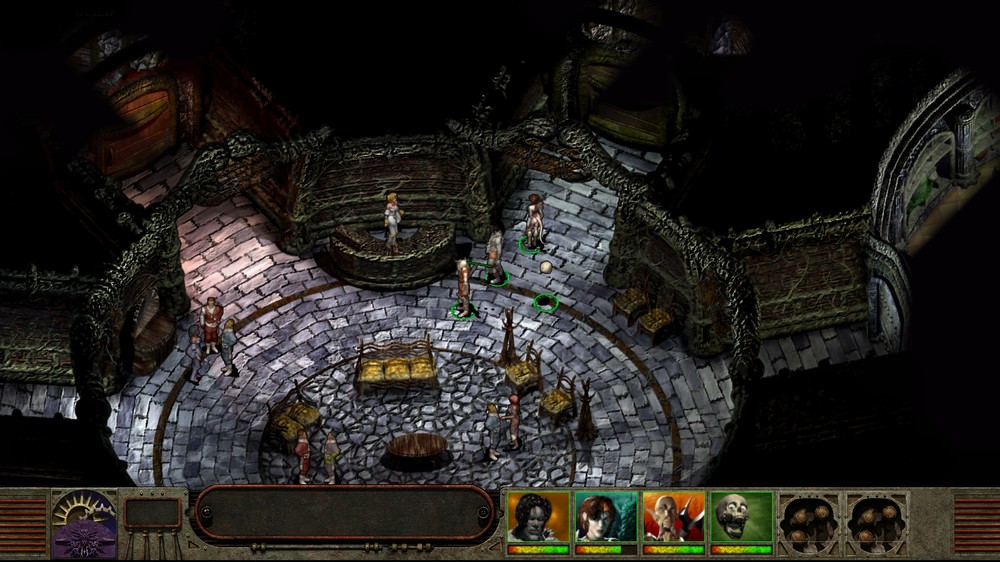 Once my adventuring started, I could tell this was going to go just as well as my real D&D sessions. Your primary party leader is a barbarian, and he acts like it to almost everyone he meets, darn those low intelligence scores. Swapping to someone else unlocks different conversations depending on their stats and abilities.

It’s hard to compare graphics to what it originally was; they are still nothing like today’s games and I can’t shame it for what it is. There’s only so much you can enhance on a game that’s almost 20 years old without just remaking it from the ground up. Is it gritty and dark? Yeah but that’s what this game is. 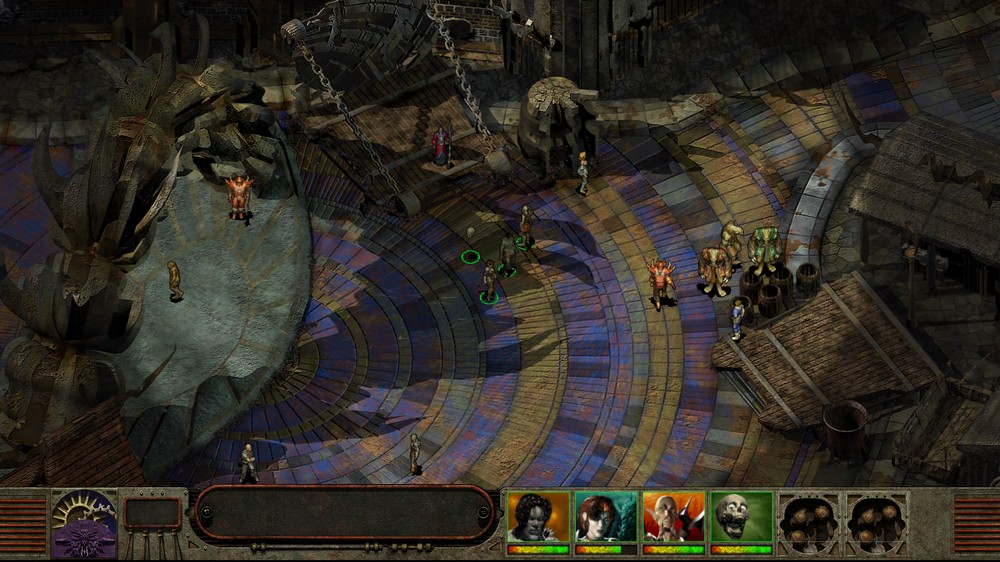 I mentioned how this is based on D&D and it stands out most in combat for me. Combat takes place in a tactical set up where you can pause and queue your characters abilities and movement so that you can control all parts of it. You can swap between the party members using the L and R button to choose your spells/abilities and then un-pause and once it’s your turn they will activate them. It’s not a bad system for me to use since I’m used to the ATB system in many games.

Icewind Dale is enjoyable, and if you like managing all parts of a party and a ton of reading of stories and side quests I’d give it a shot. I don’t regret trying it and it might have even interested me enough to check out what else I’ve been ignoring due to the gameplay mechanics.