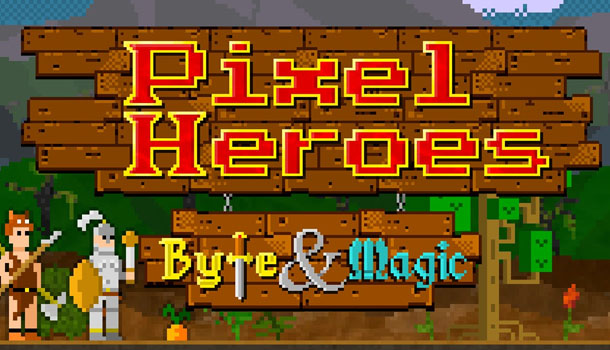 + Good, knowing sense of humor
+ Nails the feel of an old-school RPG

A reminder of why some things are better left in the past.

I’m too young to have played the truly old-school RPGs when they were current. Though I had been playing videogames for a few years before, my first real exposure to RPGs was with Final Fantasy VII, and the genre now ranks towards the top of my favorite gaming experiences. Pixel Heroes: Byte & Magic, developed by The Bitfather and published by Headup Games, attempts to reintroduce the truly old-school RPG, with low-res visuals, intense difficulty, and a sense of humor designed to ease the pain of the endless cycle of character deaths.

You start Byte and Magic by deciding which of the three campaigns you wish to run, although the second and third campaigns are only unlocked once you’ve beaten the first and second campaigns, respectively. This screen offers your first clue as to the experience waiting within, as even the first campaign’s difficulty is labeled as hard, with the second and third labeled as harder still. This isn’t a misnomer either, as it’s difficult to even progress through the first dungeon. This is a game that requires practice, planning and a fair bit of luck, and even then you’re not guaranteed a successful run. 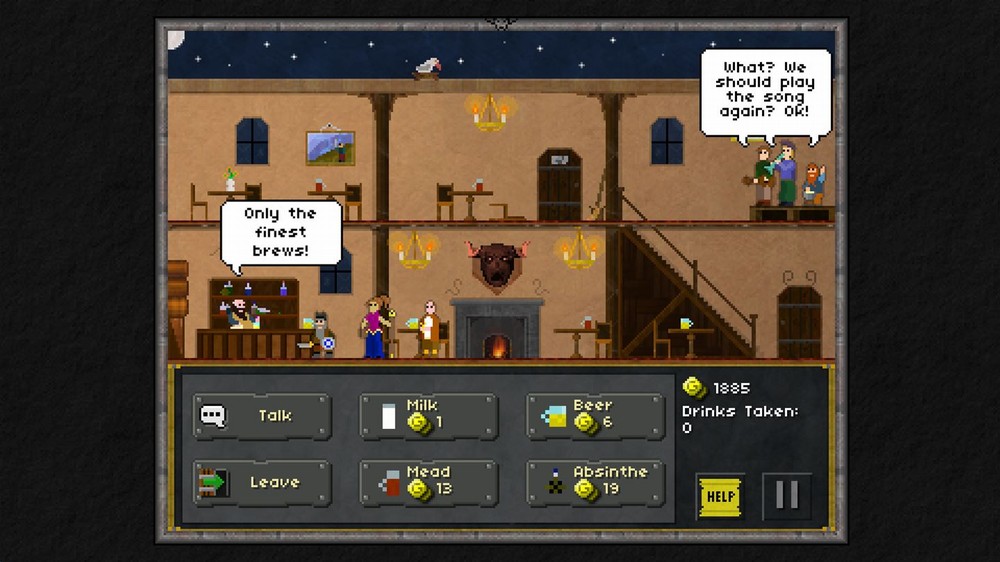 Once you’ve chosen a campaign, you enter an inn, where a variety of characters are available for you to select from to form a party of three. There’s a wide range of character classes, from simple warriors and priests to more elaborate specializations such as a huntsman or a warmage. Finding the right balance of offensive, defensive and healing abilities is crucial to your success in Byte & Magic, so you shouldn’t make your choices on this screen lightly. You then enter into a town, where you’ll be given your first quest, and the ability to upgrade or change your equipment, which, once you know which dungeon you’ll be heading into, can also mean the difference between success or failure.

There’s a range of dungeons available to traverse, with different enemy types present in each, but I personally found the journey to the dungeons most interesting. You’re given a visual representation of your party travelling to the dungeon, and along the way you’ll encounter three different events, which play out similarly to those found in The Oregon Trail. One instance had my party encountering a cat, where I was given the option of ignoring the animal, petting it, or causing harm to it. I, being a cat person myself, opted to pet it, but was met with a ferocious backlash, and entered into battle with a pack of angry felines. I did gain some sweet loot from this interaction though, which thankfully made the whole event worthwhile. There are many different examples of this that you’ll experience on your journeys, and it’s definitely worth exploring the various options available to you if you want to make your party as strong as possible. 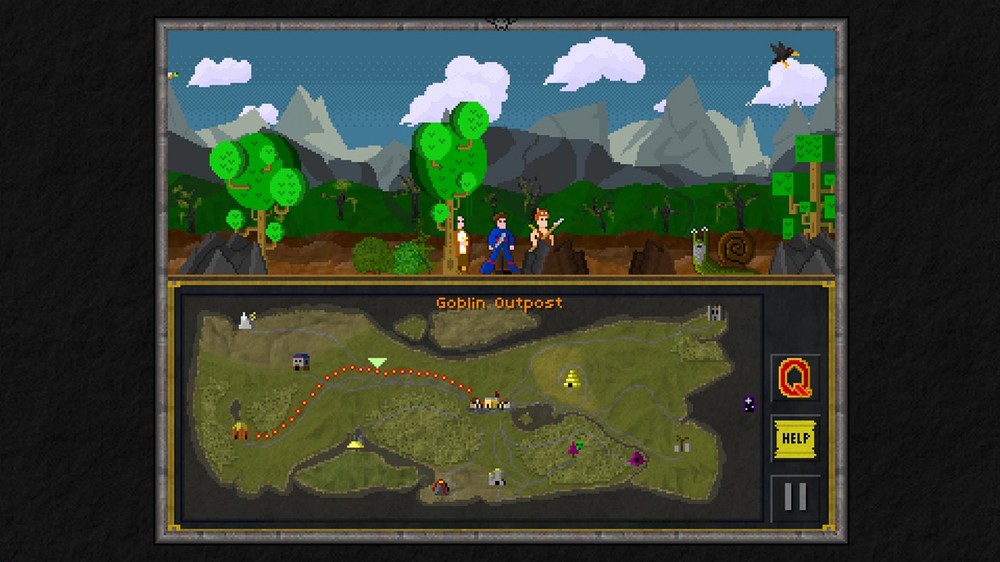 Once you’re actually in a dungeon, where you’ll spend most of your time with the game, you’ll enter into a relatively simple pattern of entering rooms, and either battling enemies or attempting to access the contents of a chest. Each dungeon plays out in a linear fashion, with your party moving through rooms one to eight, with a boss battle waiting for you in the final room. This can be a little bit of a double-edged sword, as it means that longer play sessions can become repetitive quite quickly, but it also means that if you’re looking to just pick up and play for a couple of minutes here and there, you’re not going to be lost trying to figure out what you’re supposed to be doing. Of course, a lot of your dungeon crawls won’t last long enough for you to even get to the point of needing to make one of these decisions, the difficulty of Byte & Magic being what it is.

There’s been a trend for a few years now, of indie developers building an homage to older games, refining them with modern techniques, and releasing them as a best-of-both-worlds scenario. Pixel Heroes: Byte & Magic is an attempt to nail this time-travelling magic, and though it attempts to do it with a fairly overlooked genre, I can’t help but feel as if Byte & Magic is a reminder of why some things are better left in the past. Games have got easier in the last twenty or thirty years, sure, but they’ve also become more accessible and user-friendly. Byte & Magic is almost willingly stubborn, refusing to welcome players, and being all too happy to wring you out and throw you back to the title screen without so much as a second glance. 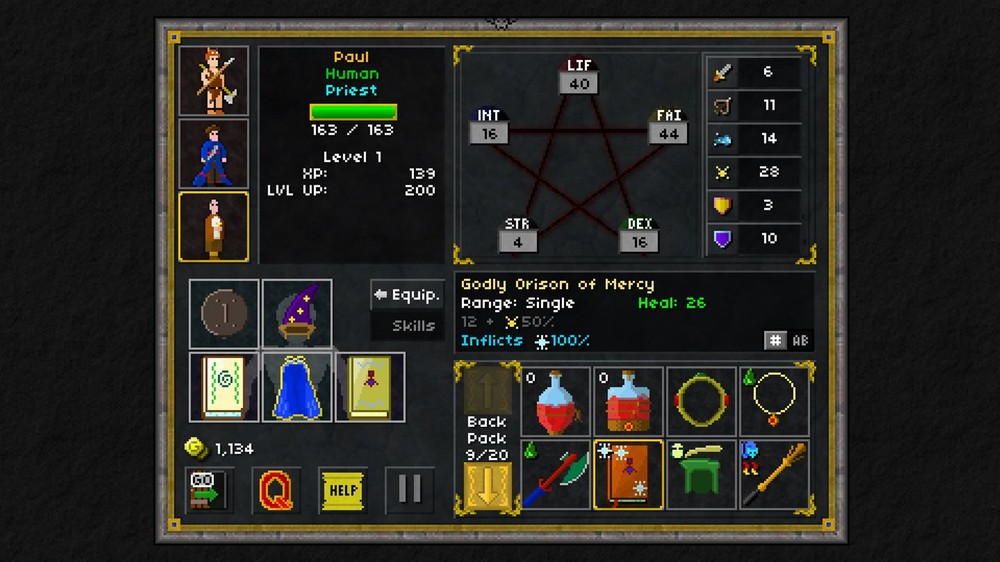 It may be that some gamers are looking for this kind of experience, and I know that there are plenty of people out there willing to prove themselves against the type of game that Pixel Heroes: Byte & Magic is offering. Unfortunately, I’m not one of them. I enjoyed the sense of humor on offer, with nods to fantasy tropes and a general self-awareness, but I didn’t otherwise find much to enjoy. Pixel Heroes: Byte & Magic isn’t a bad game, but I can’t see many gamers playing it and wishing that they could experience the heyday of old-school RPGs firsthand. 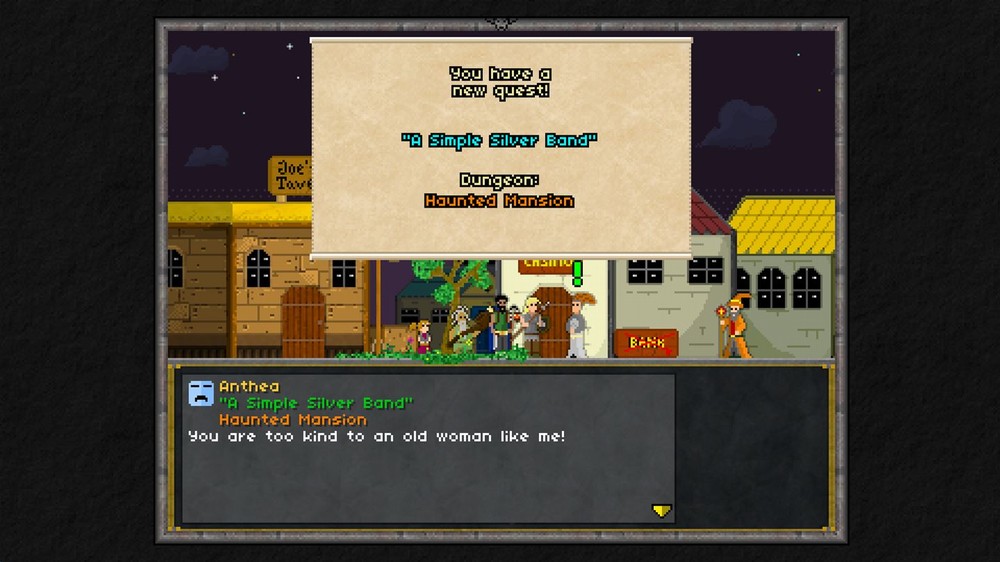 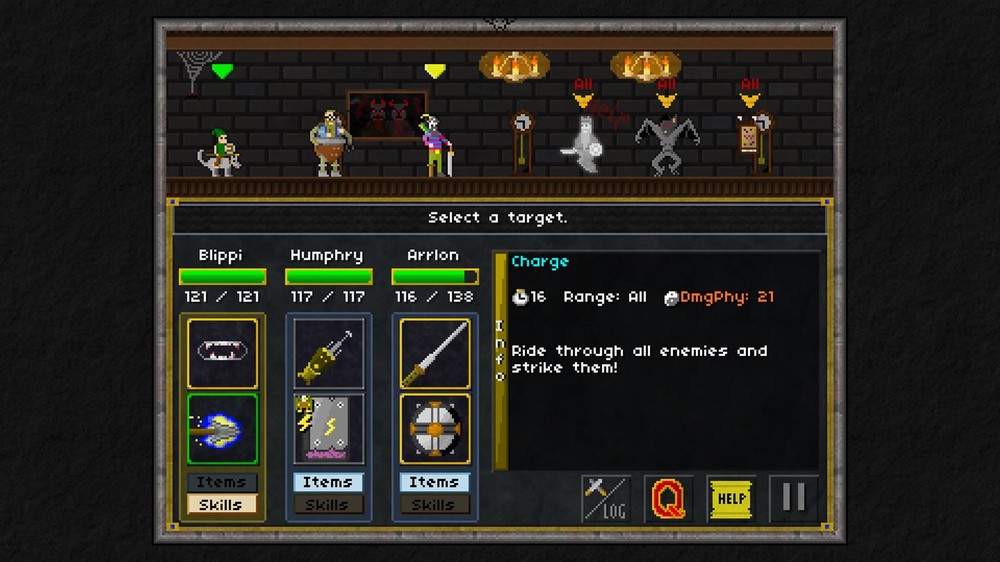