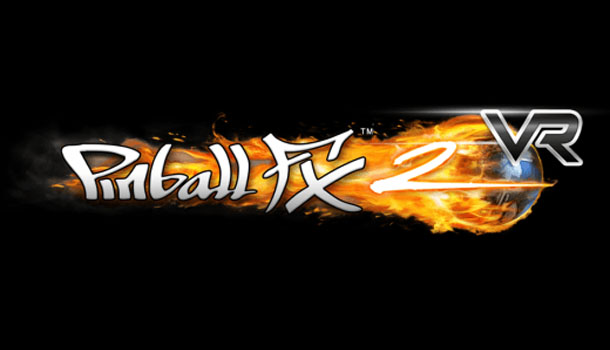 - No visual indication of my growing collection of tables

You won’t find a more relaxing and realistic pinball simulation.

I’m going to make this review short, sweet, and to the point.  If you already own Pinball FX2 VR then you definitely need to get the Season One DLC.  If you don’t already own the original game; first, shame on you; second, go buy it and the DLC right now.  What’s that?  You want more?  You need a few paragraphs of text and some screenshots to convince you?  You realize this is VR and nothing I show you outside of wearing an Oculus Rift can properly communicate just how awesome Pinball FX2 VR is, right?

Just in case you were starting to get bored with the three tables in the original Pinball FX2 VR game Zen Studios delivers five new updated-for-VR fan favorites to your beach house pinball pad.  Prepare to get lost for hours as you dive into VR versions of CastleStorm, Wild West Rampage, BioLab, Paranormal and Earth Defense; all updated with awesome new effects that quite literally surround you in the theme of the table.  All five tables are now available in the Season One DLC bundle for $24.99 in the Oculus store.

There is a lot going on both inside and around these awesome new VR tables.  I always get worried that all of the non-pinball artistry will distract or affect my game, but so far it hasn’t.  I’m sure there is a lot happening while the ball is active that I am missing, but I also get to see plenty of virtual-world action with steam locomotives circling around me or Army attack choppers battling UFOs or a giant dragon snatching sheep from the top of my table and tossing them to the floor when I lose a ball.  And that’s the non-pinball stuff.

As I mentioned in my review for the core game, Pinball FX2 VR actually creates life-size “real pinball machines” right in front of you.  You may have played these tables in 3D on your PS4, but that was just an effect.  This is REAL!  You can look around at the sides or put your nose on the glass or lean over to examine the back scoreboard – something that was almost always out of visual range on any other system. 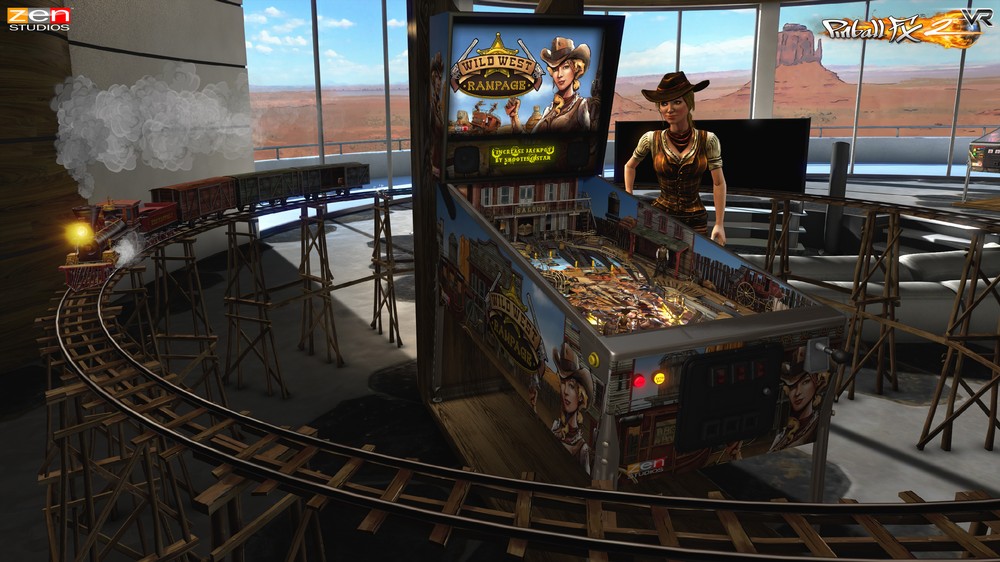 The physical modeling of these tables actually enhances and improves your gameplay.  I’m setting new all-time high scores on tables I’ve been playing for nearly a decade.  Your sense of direction and targeting to hit a bumper or send the ball up a particular ramp is so much more precise now that these tables actually “exist” right in front of you.  You no longer have to endure fast panning camera views – the entire table is in a singular static view which makes it infinitely easier to keep track of the ball…or multi-balls.

My only minor quibble with the game is purely aesthetic.   Despite now having eight amazing table designs in my beach house they are still represented by only three machines.  This means you either have to swap them out in the menu or simply pick one machine and cycle through all the table variations using the LB/RB buttons.  I suppose it is functionally faster to simply pick a new table with a button tap, but the collectors’ mentality in me wants to see a virtual space that slowly gets filled up with dozens of pinball machines.   It doesn’t even have to be the beach house.  It can be a classic 80’s style arcade with walls lined with machines.

Typically we associate the word “Season” with yearly, at least when used in the entertainment industry, but with so many great pinball tables in the Pinball FX2 library I hope it doesn’t take that long to get our next set of new VR tables.  It would also be cool to get a VR-exclusive table – something that nobody has ever seen before that we can taunt our non-Oculus friends with, but until then you won’t find a more relaxing and realistic pinball simulation thanks to the awesome VR upgrades from Zen Studios and the power of the Oculus Rift. 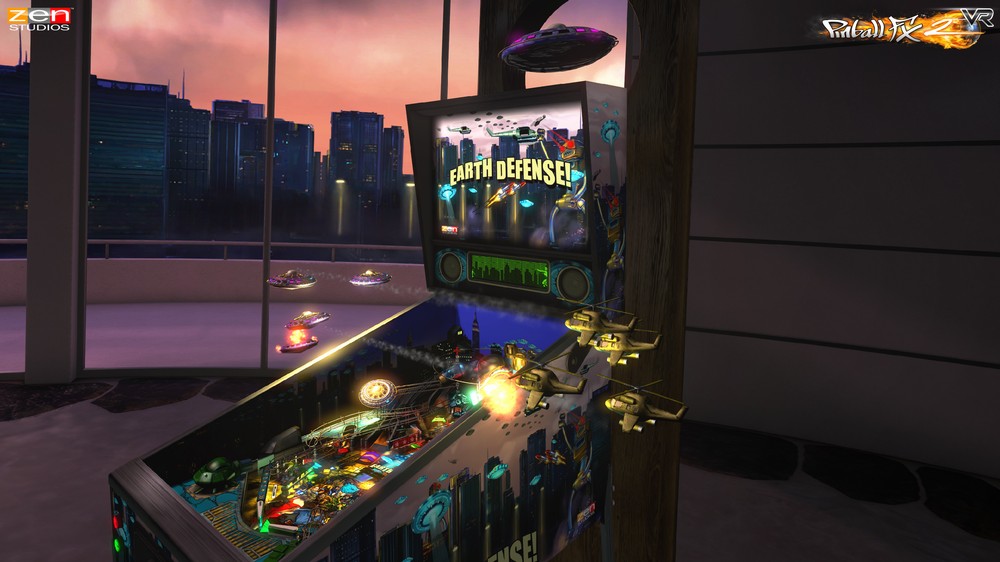 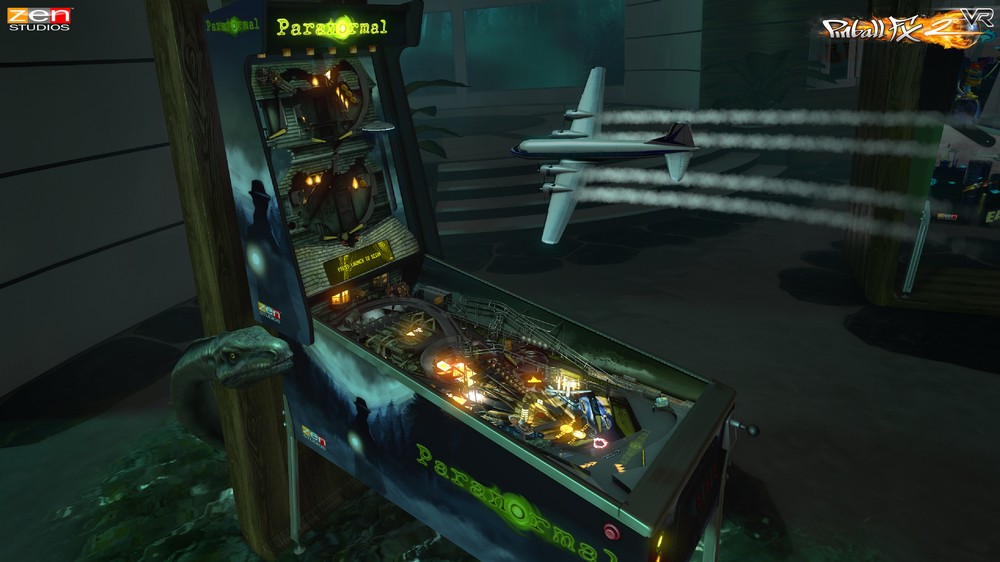 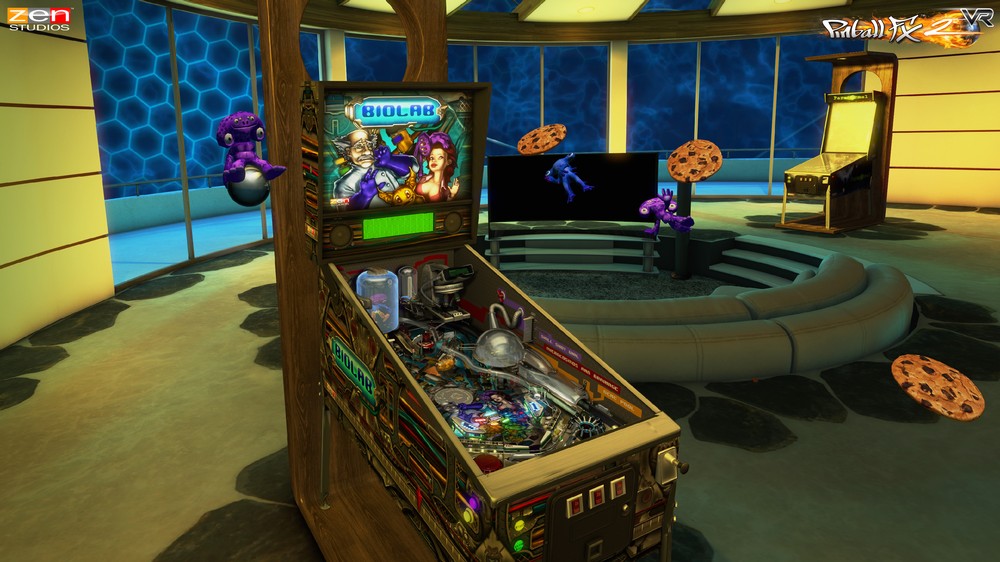 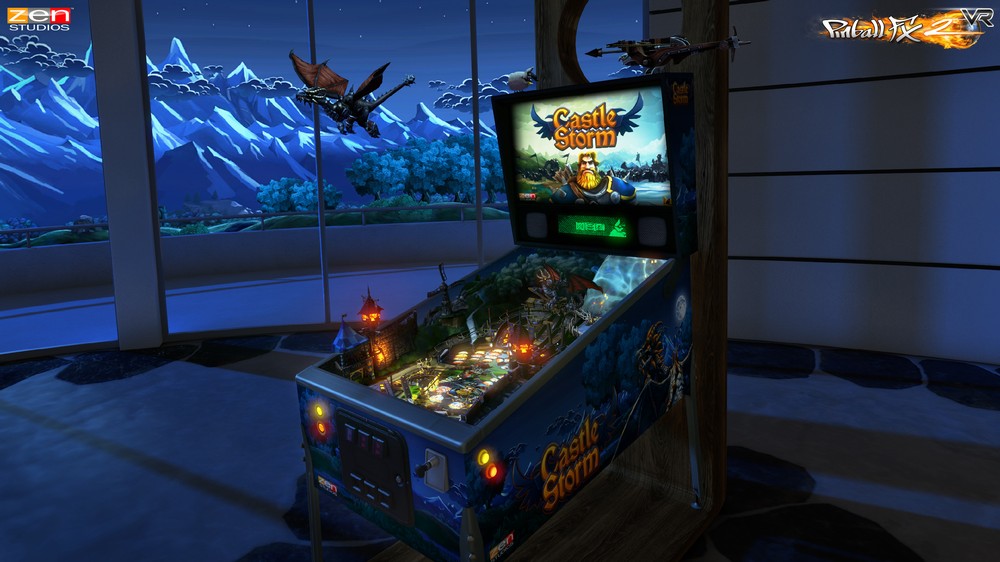 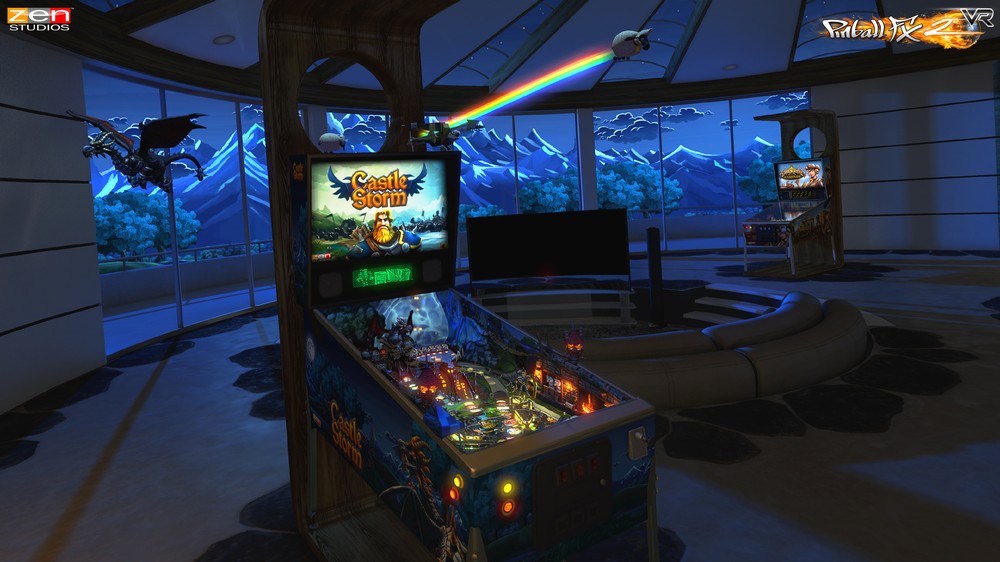