Pinball FX2 Review for Xbox One 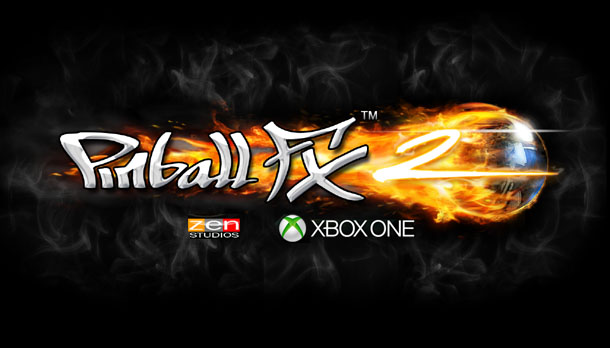 Easily the best version of Pinball FX2 released on any system to date.

I’ve been playing Zen Studios’ pinball games since the beginning. I have all of the tables and many of them are duplicated across PC, various consoles, handhelds like my 3DS and PS Vita, and even a few on my iPad. So when Pinball FX2 recently released on the Xbox One I was ready to tackle my silver ball addiction on a new and hopefully improved system, and I have to admit I was surprised with the results.

Pinball FX2 is the same tried and true pinball game you have likely already played on one of those aforementioned systems, only now it has the power of the Xbox One behind it for incredible graphics fidelity, smooth framerate, and the same great physics and control you’ve come to expect from this series.

Zen Studios is doing some pretty clever marketing in that you can download the core game engine for free, and that comes with a copy of the classic Sorcerer’s Lair table, but even more exciting is that you are able to import any previously purchased tables from the Xbox 360…well, most of them.  There are a few issues with table availability at launch that include the Marvel Pinball Pack, Earth Defense, and Excalibur, but those tables should be available soon.  Also in the works are updated versions of Plants vs. Zombies, Street Fighter II, and Super League Football, but sadly, Ms. Splosion Man and some older classics won’t be making the trip to Xbox One.  But with exciting new tables like Deadpool, Guardians of the Galaxy and the exciting new Walking Dead table less than a week away, you won’t have time to miss them. 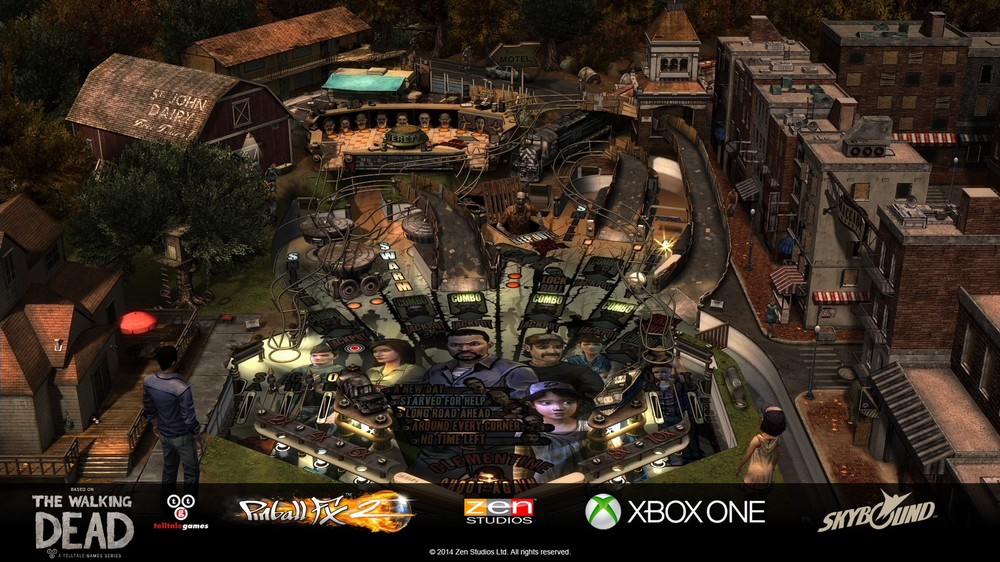 The table import process is a little obtuse, especially compared to the PS4 version where you simply had to hit one button and all your tables magically got ported over from the PS3.  On the Xbox One you need to sign on with the same Xbox Live account you purchased the 360 tables and then go through the motions of “purchasing” the tables one by one (or in bundles when available).  If you already own the table it will show up as a $0 purchase and you queue it up for download at no charge.  There are issues with some of the downloads getting “stuck”, and you may have to go into the Manage Game options to force the download.

So, for loyal Pinball FX2 players you can jump right into the new Xbox One version with a large collection of tables at absolutely no cost and start enjoying some of the best next-gen pinball you can play.  The 1080p graphics and fluid 60fps action rivals the PC version when it comes to graphics, and the sounds and music are equally impressive, but where this new version really shines is the controls.  I’m not a huge fan of the Xbox One gamepad but for this game it is beyond perfection, at least when using the L2/R2 riggers for your flippers.  You barely have to make skin contact with the plastic for the flippers to activate and the response time is instantaneous and there is great rumble feedback.  These are easily the best controls of any version to date, which ultimately means this is the best-playing version of Pinball FX2 (or Zen Pinball 2) to date.

To see the game in action check out our live gameplay session and video review where we explore the new interface and play a selection of imported tables:

Other Xbox One perks include greatly reduced load times that get you from menu to game in 3-5 seconds.  After launching the ball the improved framerate allowed me to play the game from previously impossible camera views like Camera 3.  Everything is so much smoother now, and all those issues with scrolling and panning and screen jitters that restricted my console play to one or two views have been resolved. Now, I can get right down in the action and appreciate all the artistic detail in these tables and still have the reaction time to keep the ball in play and set new high scores.

As far as features, everything we’ve had in the past has been carried over including individual table achievements, local and online leaderboards, the Superscore and Wizard Score ranking system, and of course, local hotseat and split-screen multiplayer. 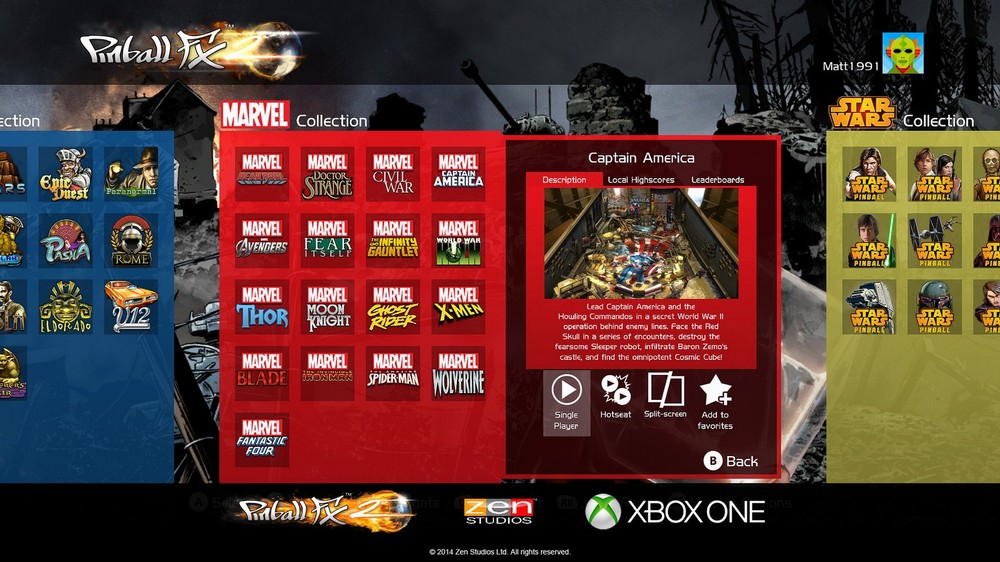 There are so many tables currently available in the Zen Studios pinball library, and in the past it has been confusing trying to find and play the exact table you want.  The Xbox One replaces that giant collage of thumbnails with multiple pages of larger and easier-to-read thumbnails that breaks down the table library by themes like Star Wars, Marvel, etc.  There is also a New Release page that puts any new tables right up front – a great alternative to burying them in a giant grid.  There are also dedicated pages for Achievements, Pinball Wizard, and Superscore.  It’s a very clean interface that mirrors the panel design of the Xbox One system.

The Xbox One version of Pinball FX2 puts an extra shine on the glass and a twinkle on that silver ball while offering up the best pinball action you can experience without hanging out in a bar, bowling alley, or forgotten arcade.  Best of all, if you are an existing Pinball FX2 player you can make the move to next-gen and bring most of your favorite tables along for free.  Yes, it’s sad that a few tables got left behind, but there are still plenty of great tables available and more on the way, and you won’t find a better system to play them on than the Xbox One. 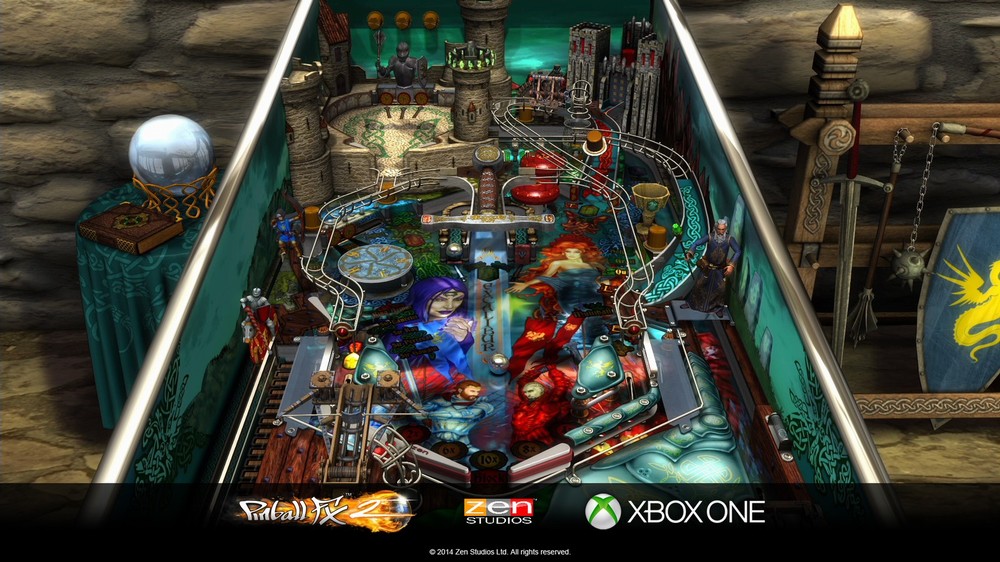 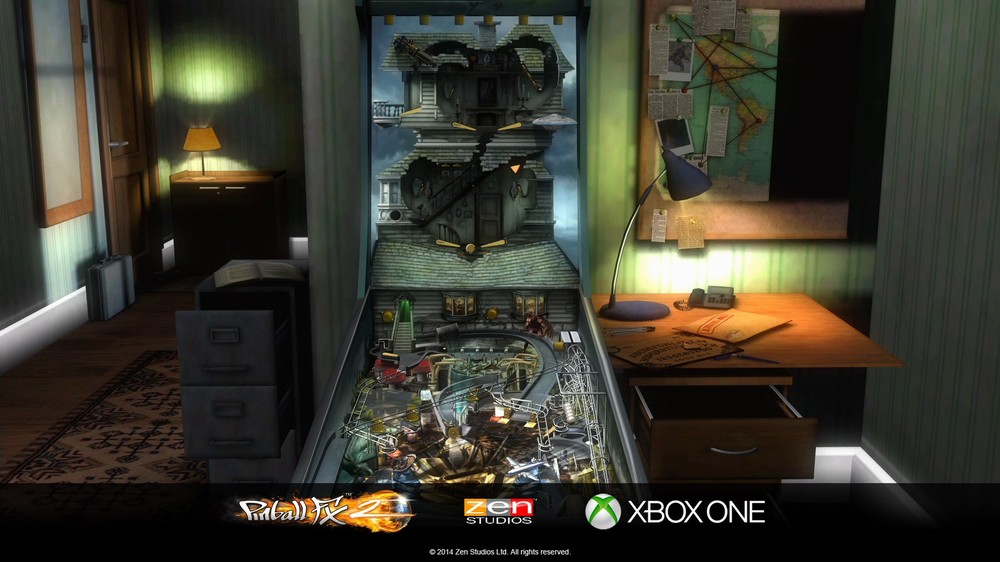 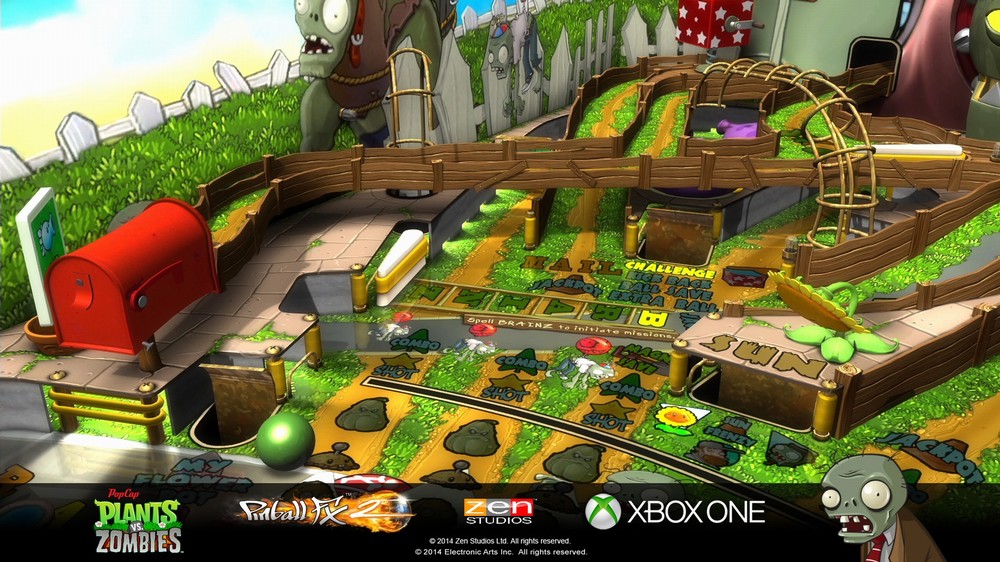 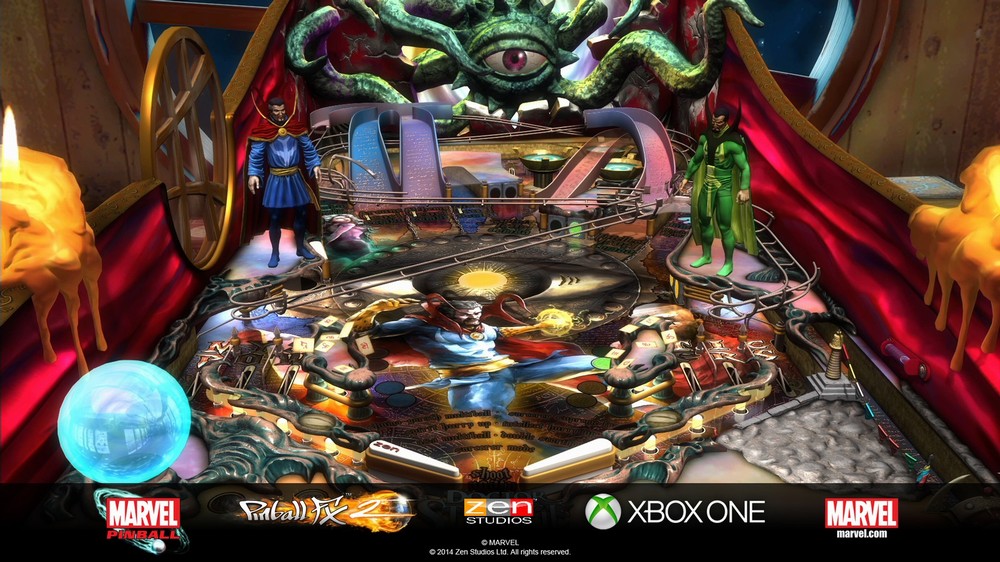 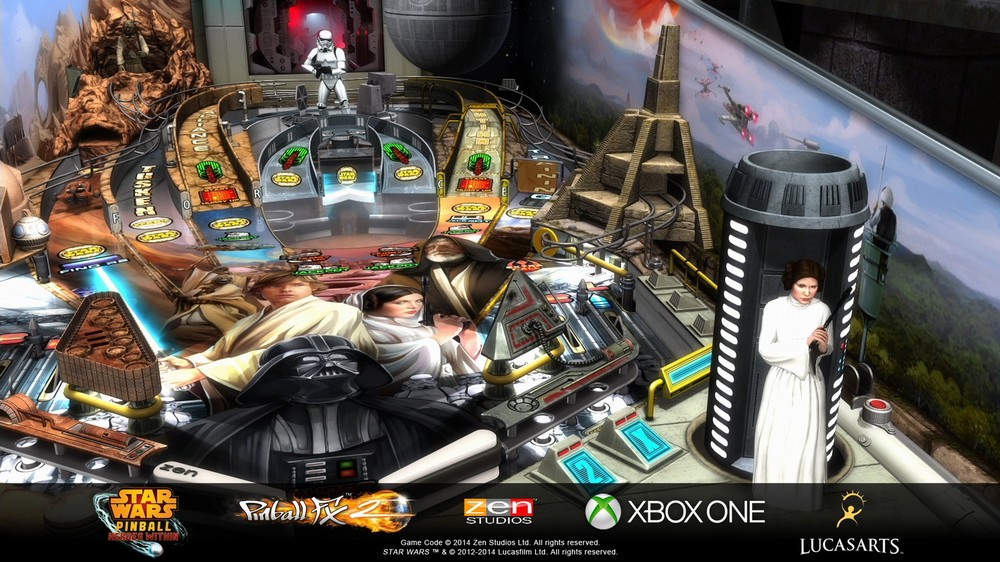 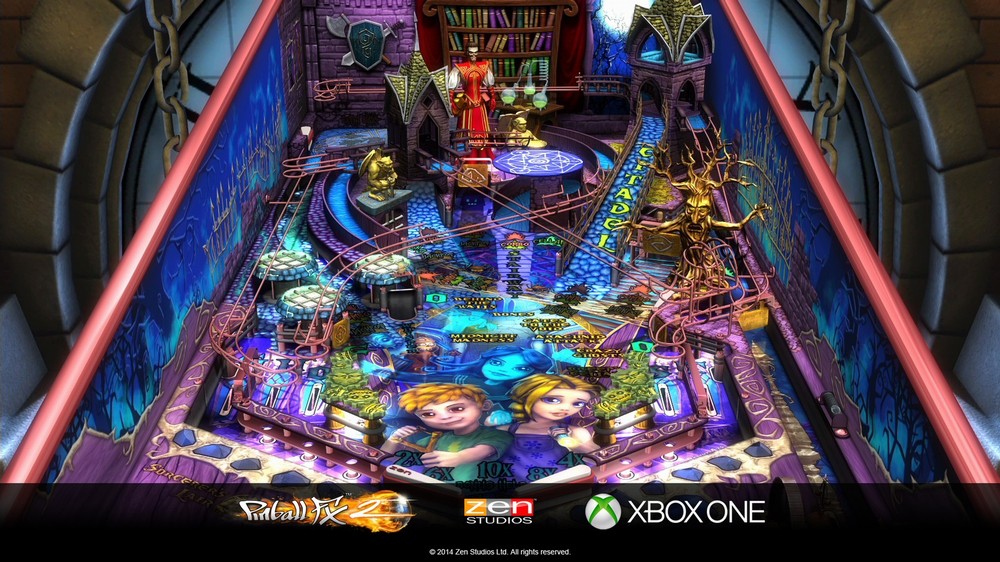 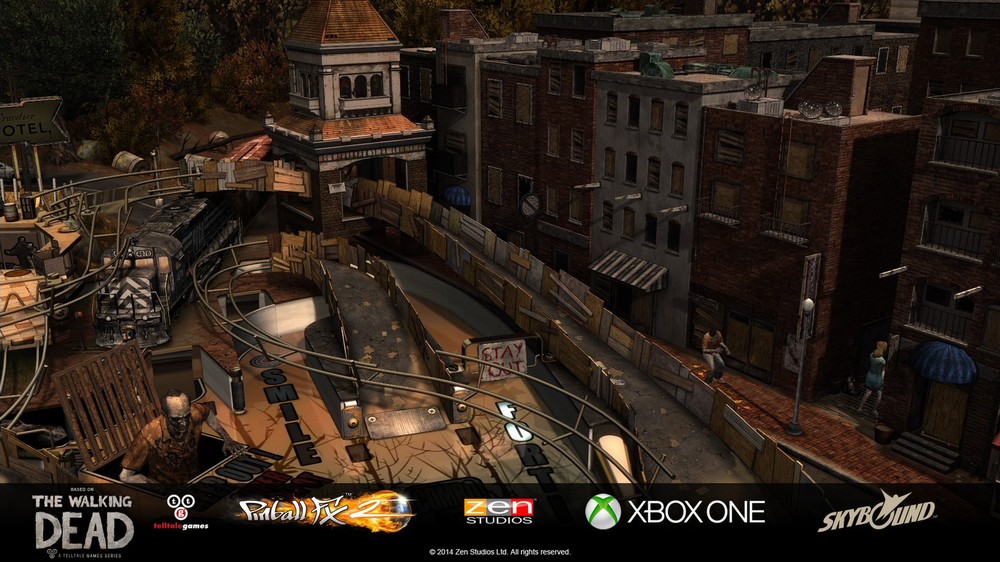 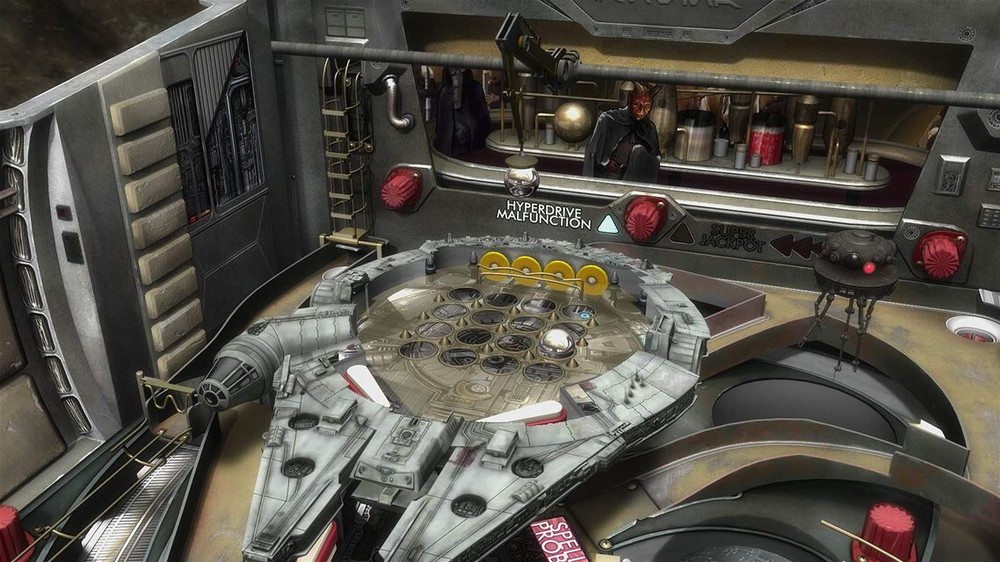 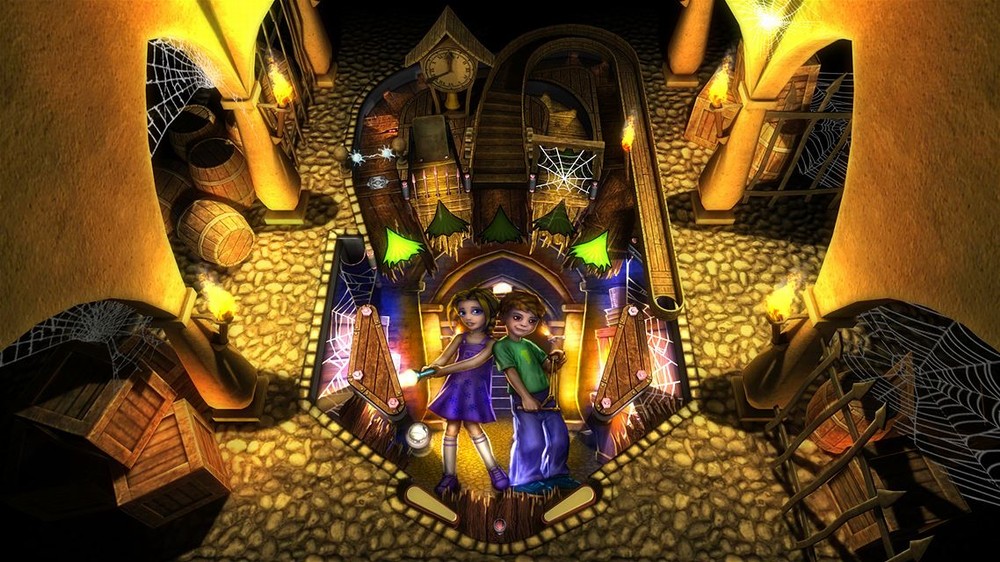 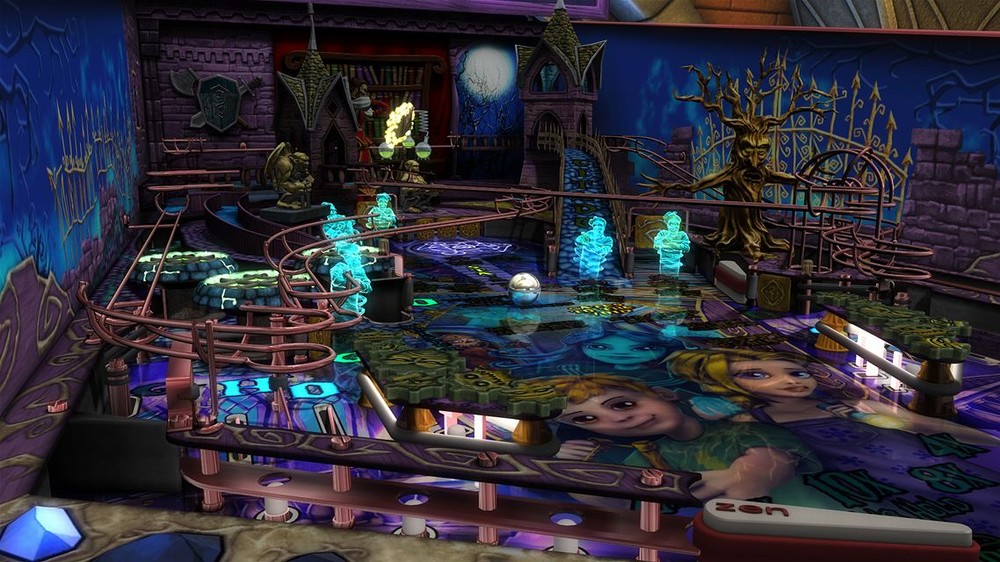 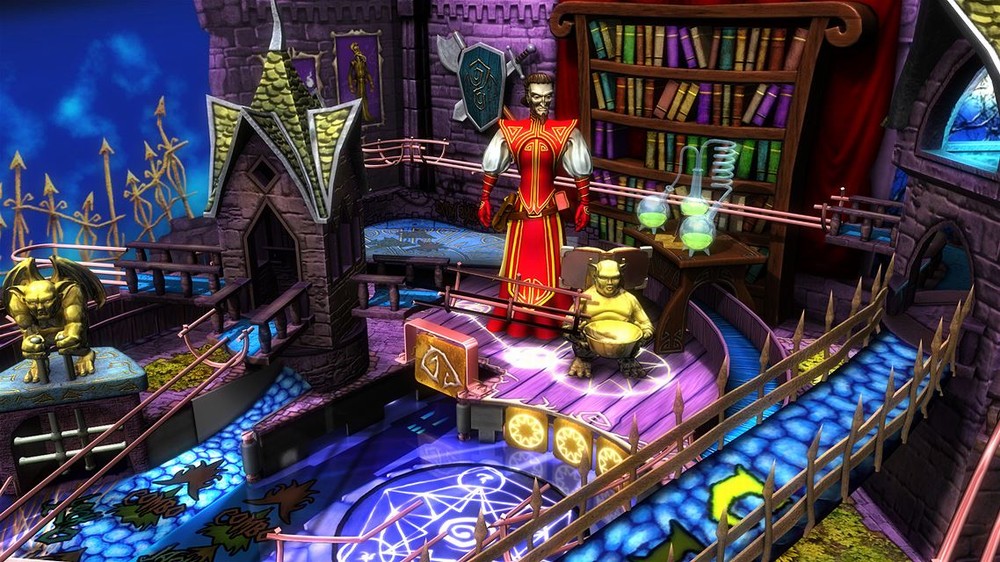 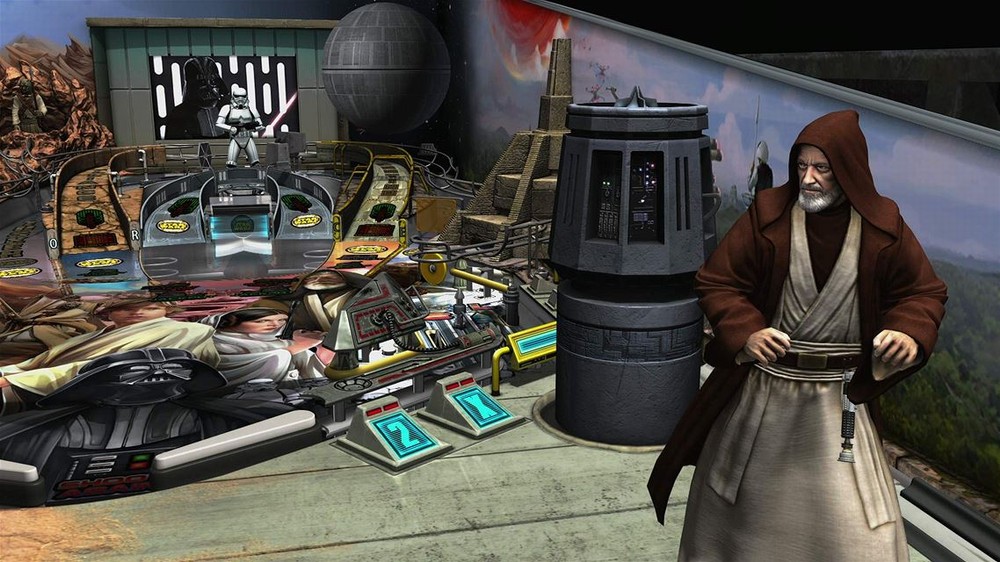 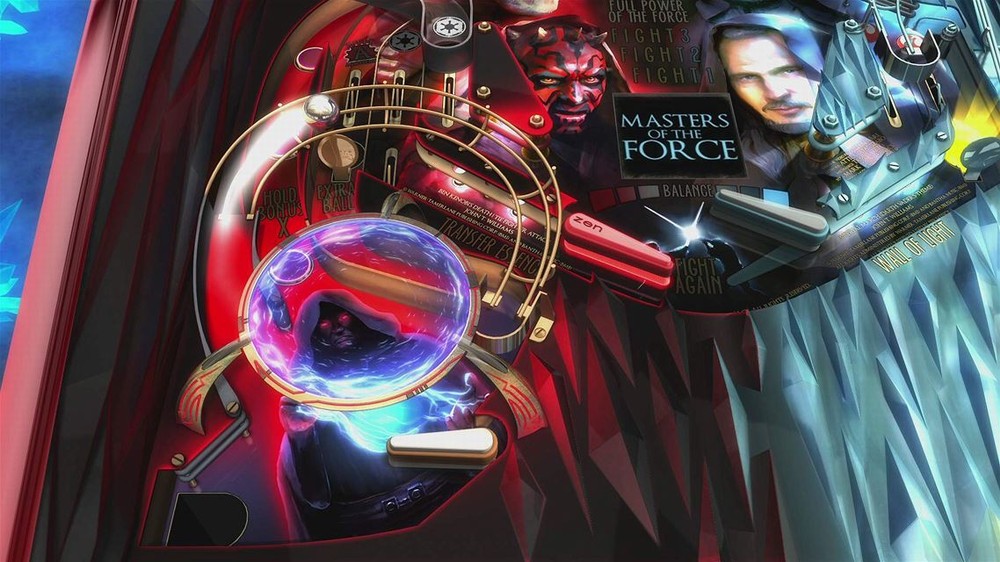 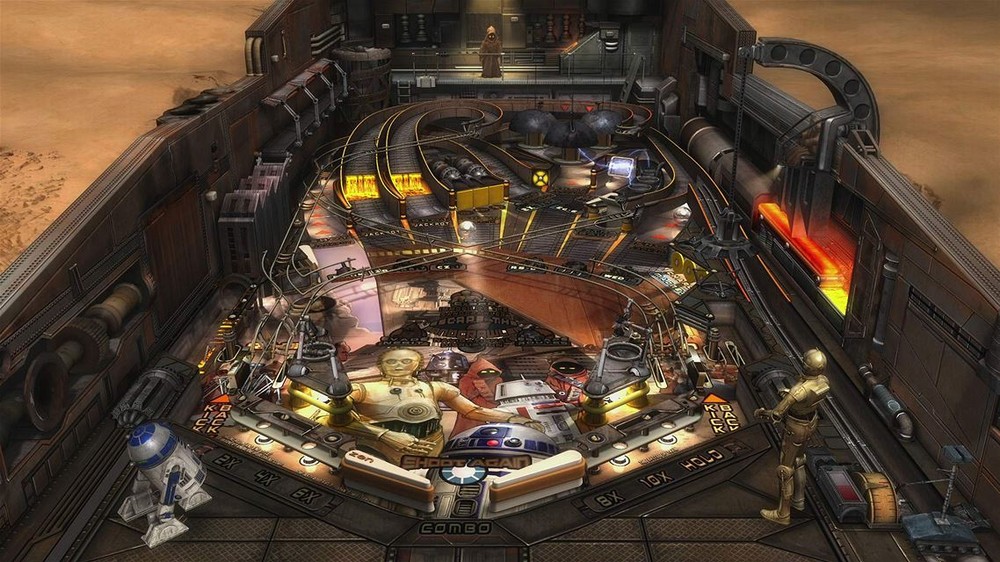 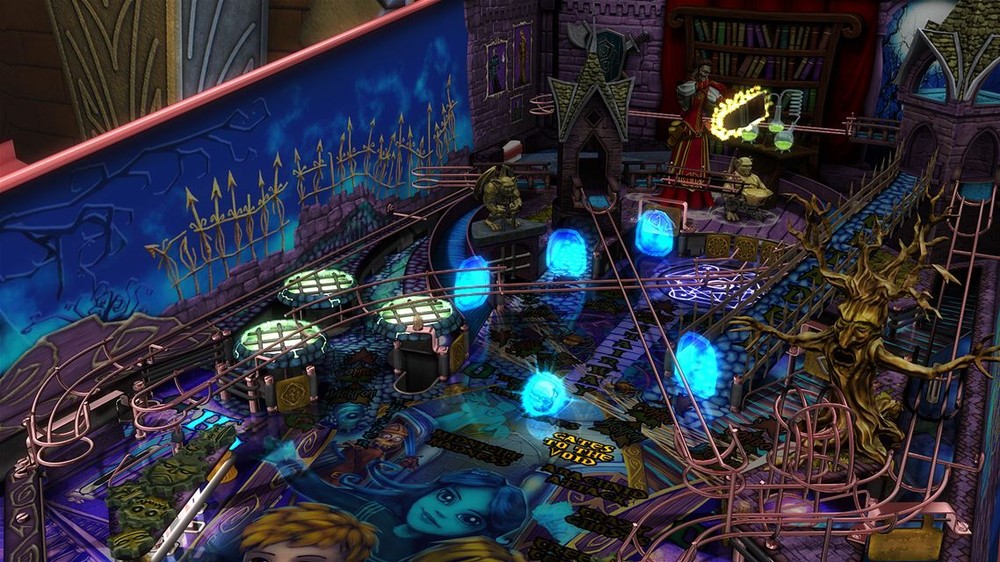 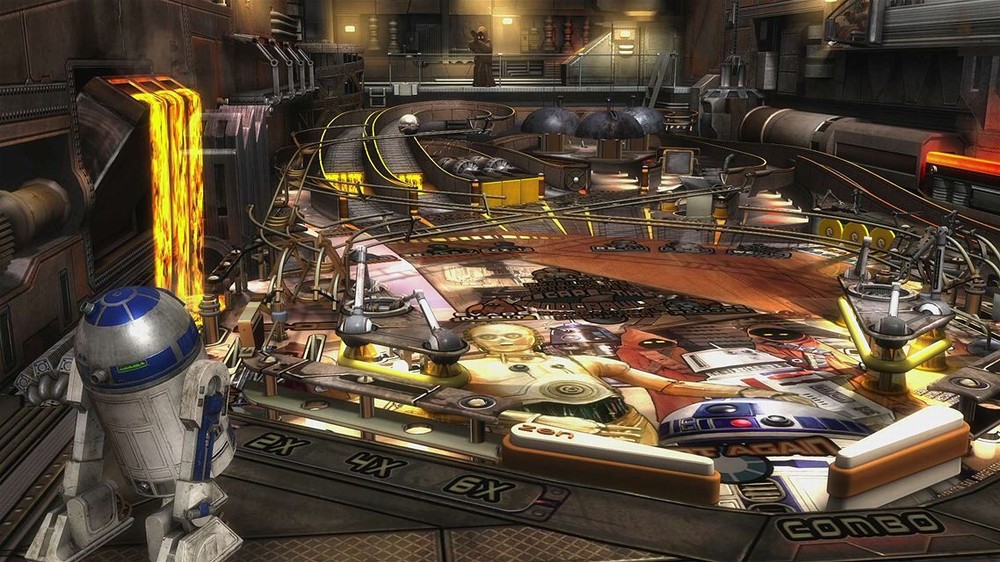 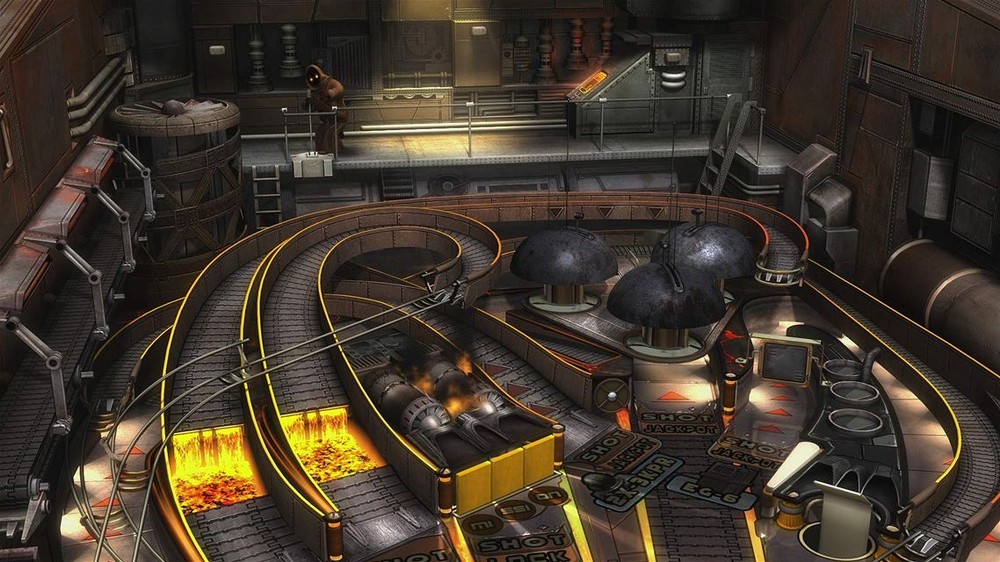 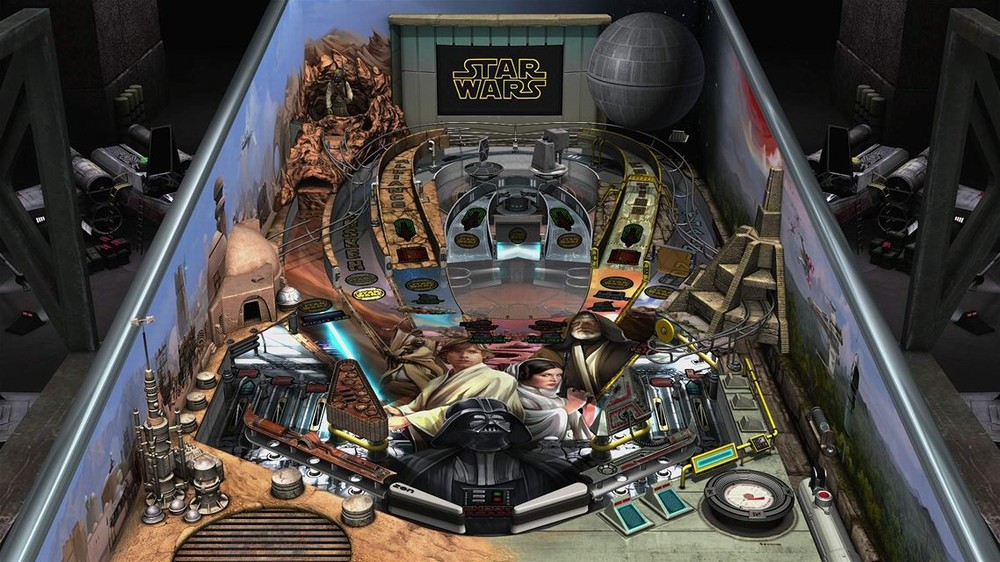 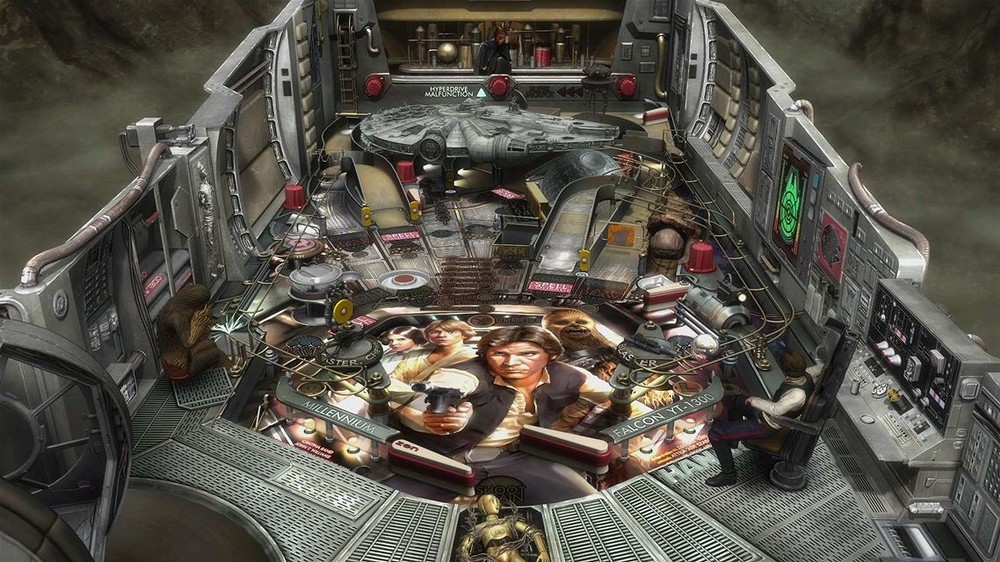 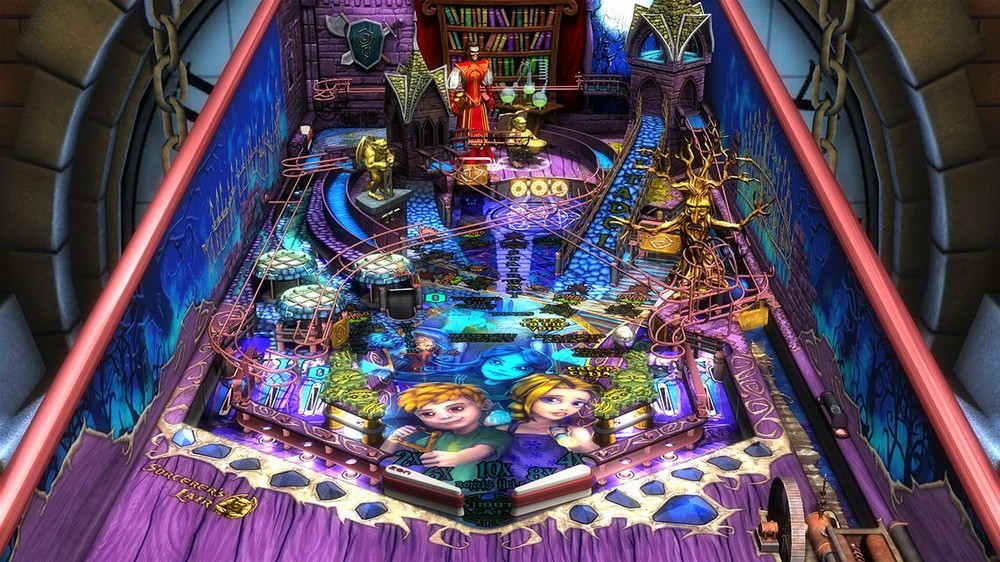 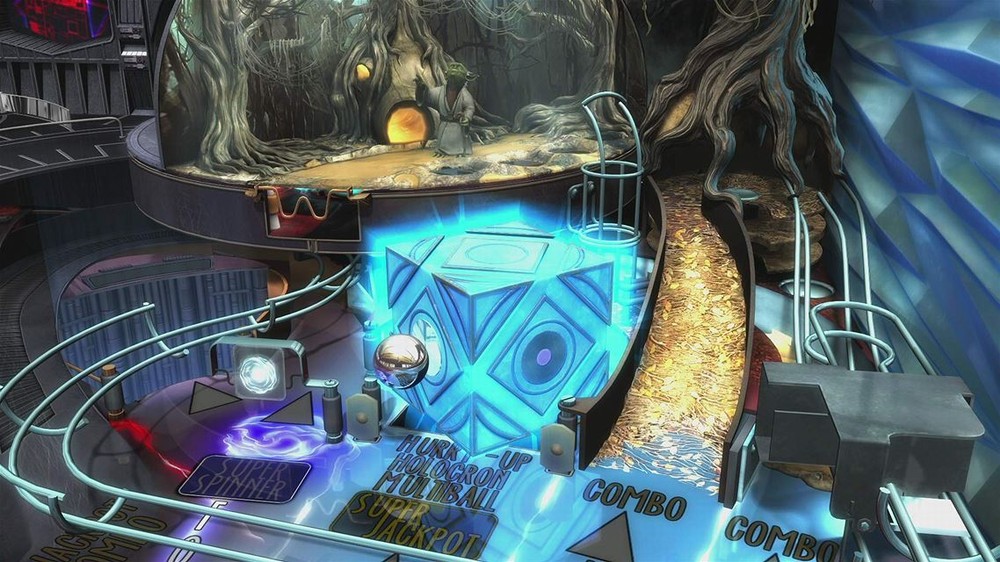 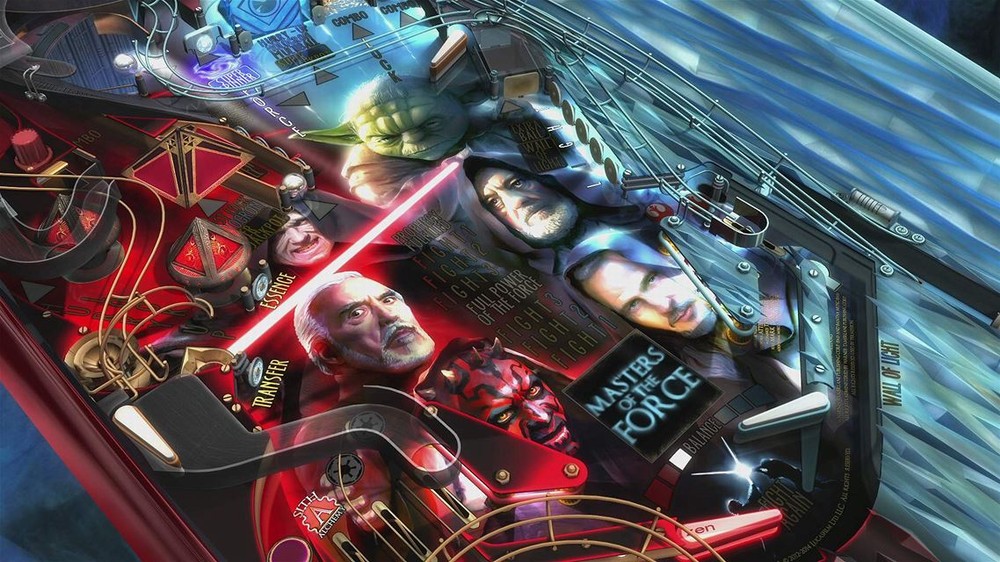