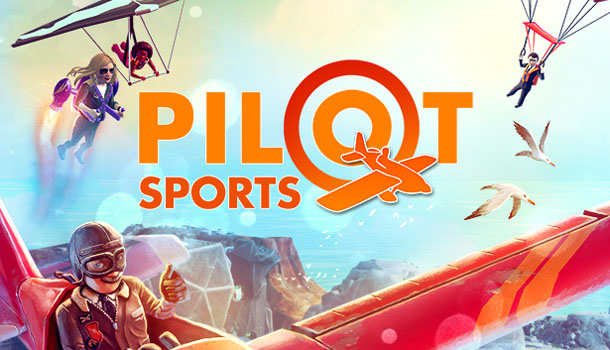 A charming flashback to a forgotten genre of family fun.

Pilot Sports is the epitome of a family friendly multiplayer game that features several game modes and a challenging progression design that will entertain and delight players of all ages. A casual glance at screenshots or trailers may spark memories of Nintendo’s Pilot Wings and you would not be far off; at least in the core design. The game takes place over a tropical island where you will pilot airplanes, hang gliders, jetpacks, and even skydive from dizzying heights before popping your parachute and trying to land on a target.

Pilot Sports has more than 50 events divided into level packages that are gated by Gold Medals. There are ten events in each package and you will need to earn the required medals to unlock the next package, which may lead to a bit of repetitive gameplay as you grind for the gold. The events are varied, both in what you are flying and your objective for that event. Some events have you racing through rings to beat a certain time while other events will see how far you can get within a certain time limit. Most all the courses have rings that will penalize you when you miss, and there are some events that require you to hit all the rings, so if you do miss you have to circle back and try again. There are also multi-colored collectibles strung out through the levels like Pac-Man dots. These reward you with various points during a scored event or plus/minus time increments on timed events. 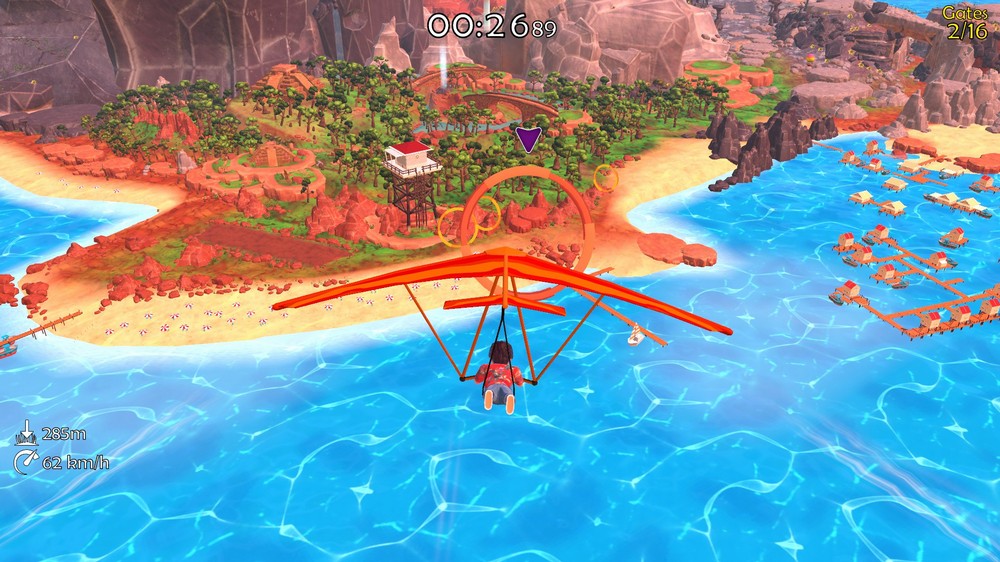 The game is fairly simplistic with its rules and rather generic when it comes to technical design.   There are no video options to tweak, which is a shame because the game doesn’t seem to scale to your system power. I have a monster PC with an RTX2080ti card and Pilot Sports seems to be running at 1080p (or lower) with no way to change resolution or detail levels. All the important things like rings and collectibles are visible out to the horizon but environmental details and ground objects have very obvious and distracting pop-in like the red and white umbrellas on the beach or the rocks and trees as you move inland. Given the relatively low system requirements for this game I’m not even sure if HD or 4K assets even exist. Ultimately, you’ll learn to look past these visual limitations because the game is just so much fun.  It’s also worth noting that given the simplistic nature of the game’s visual design combined with the simplistic gameplay that Pilot Sports would be amazing in VR.

There are seven aircraft to master in Pilot Sports including two planes, two hang gliders, two jetpacks, and your trusty parachute. These all have subtle control and aerodynamic elements to master, but controls are also super-simplistic like the planes not having rudder control making it hard for lateral steering.   The jetpacks are the hardest to master as you are either going straight up or moving forward or backward while slowly descending. The parachute was my favorite as you can line up your path through rings or collectibles then hit the dive button and streak through them all like a bullet. Speaking of controls, Pilot Sports supports nearly every controller available, and you can even review the specific buttons for your controller prior to each event. 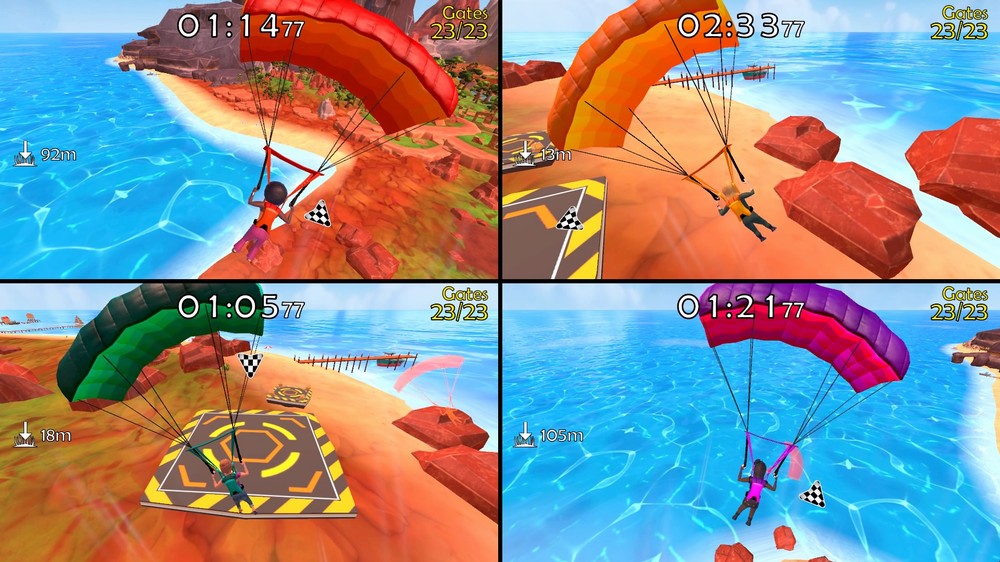 Pilot Sports reminds me of those charming games that used to release on the Xbox Live Arcade; many of which were flying games such as this and in an age where we aren’t seeing as many games in this genre or games that support local multiplayer, Pilot Sports hits several sweet spots. The game is highly addictive with that one-more-try mentality made even easier with a one-button retry and super-fast load times. I played the entire first level package on my initial session coming up one gold medal short of unlocking the next package, so I dove right back in and earned the missing medal then ended up playing the first four events in package two before finally tearing myself away two hours later. It’s just that addicting.

Pilot Sports is a great flashback to a forgotten genre and a forgotten time when families and friends would gather around a single console and a single screen and have hours of competitive fun. Sadly, the game does seemed locked into its retro design with simplistic visuals that service the lowest common denominator of hardware with no attempt to cater to gamers with more advanced PC’s. But what it lacks in visual flair Pilot Sports more than makes up for with an enchanting and colorful art style, super-addictive gameplay, and loads of content that will take weeks or month to master. 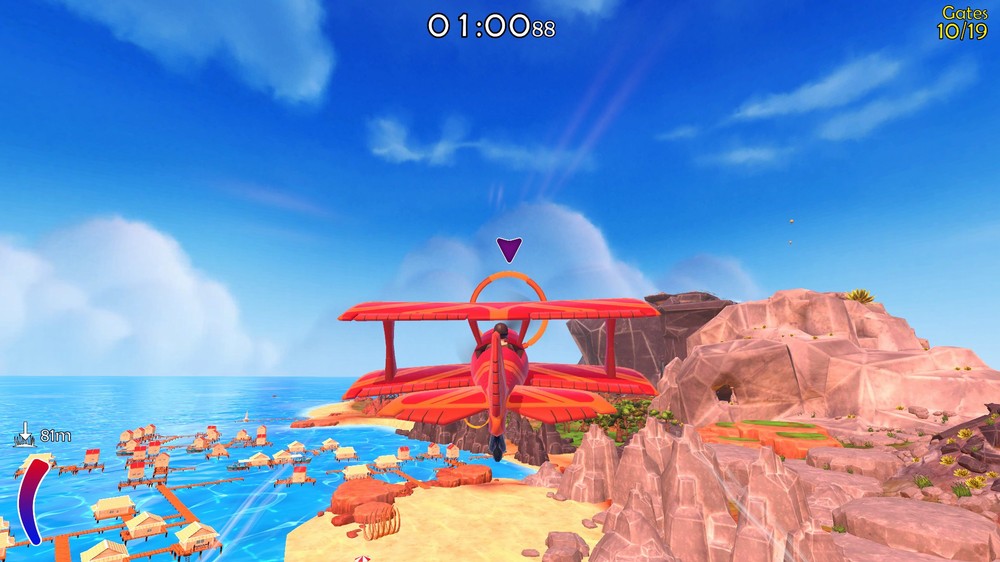 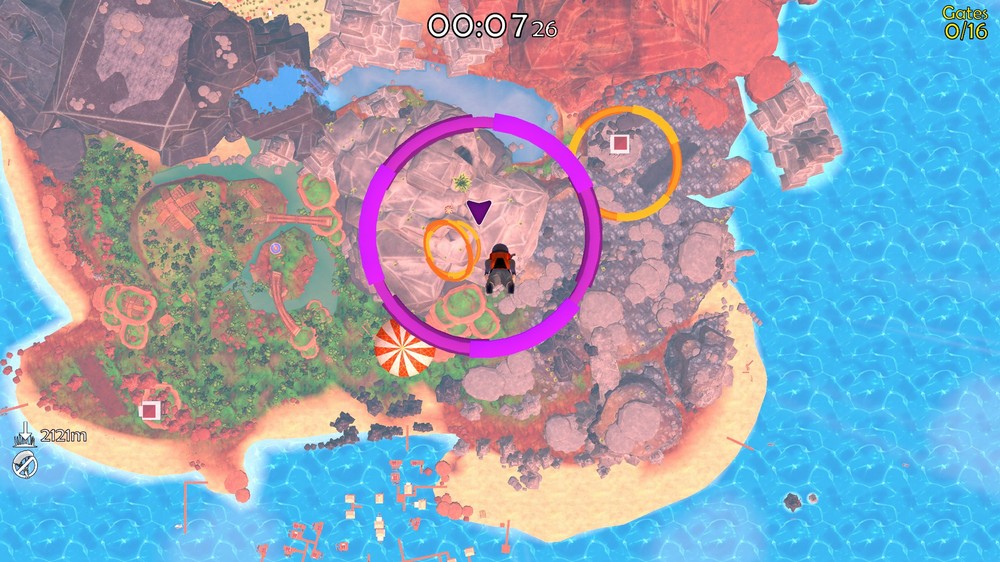 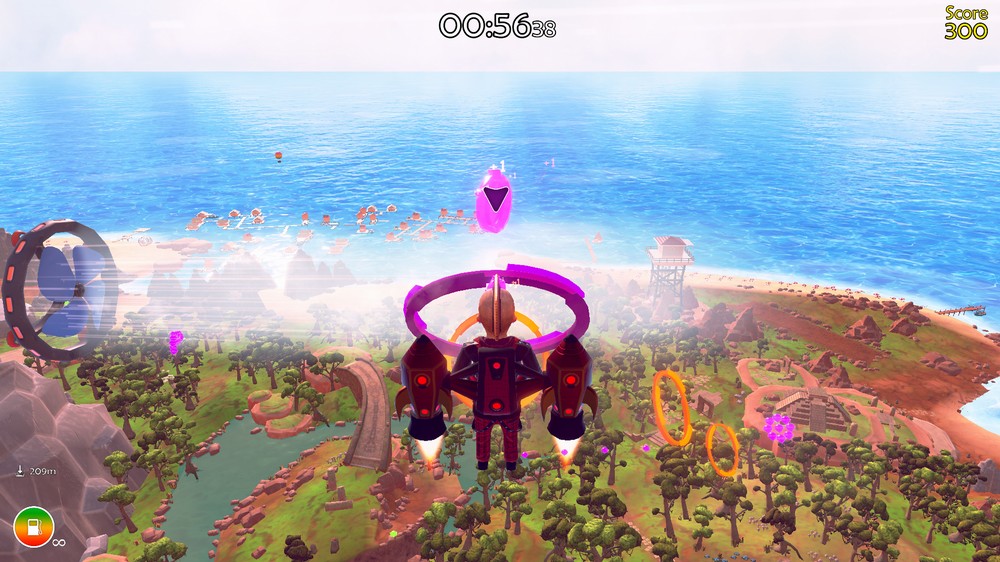 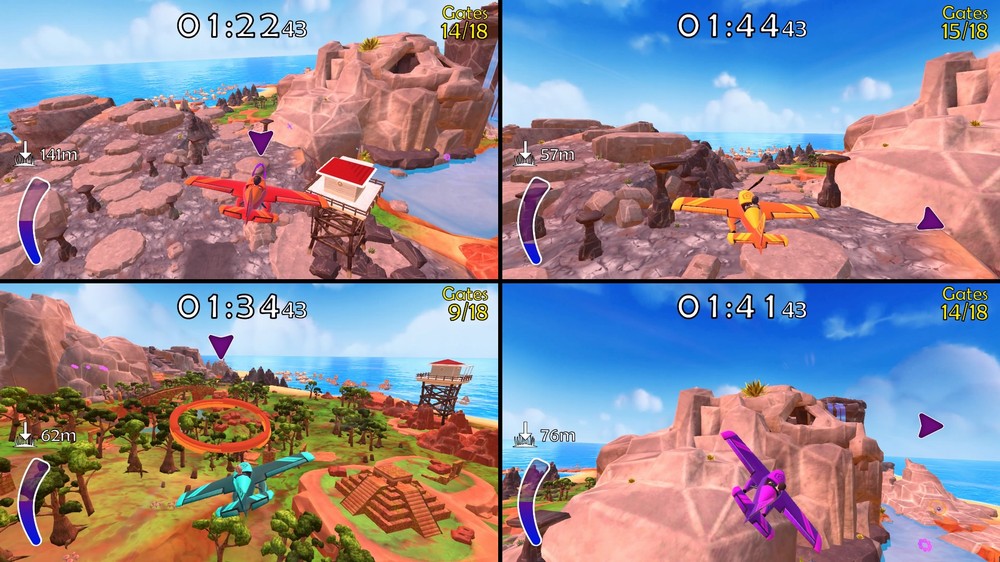 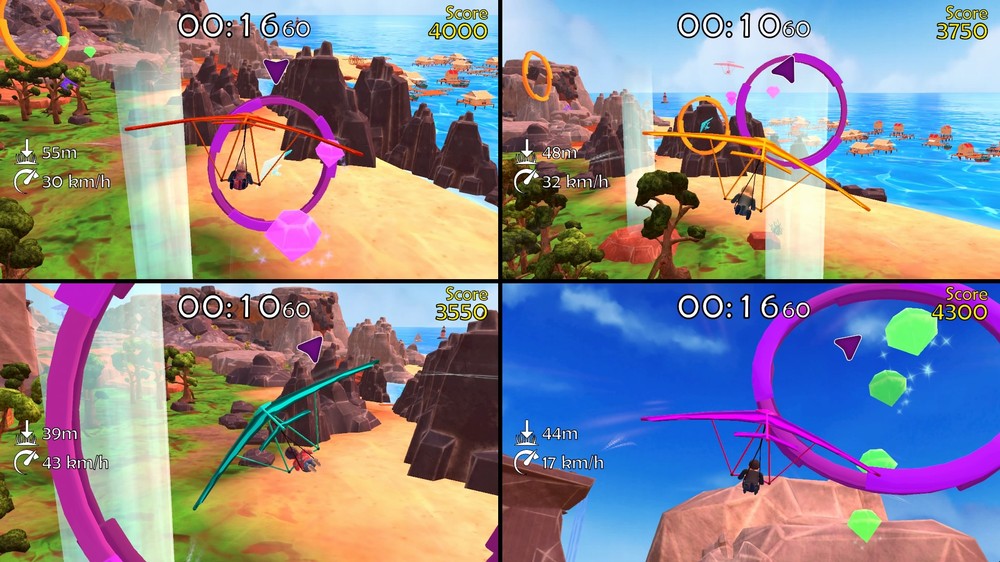 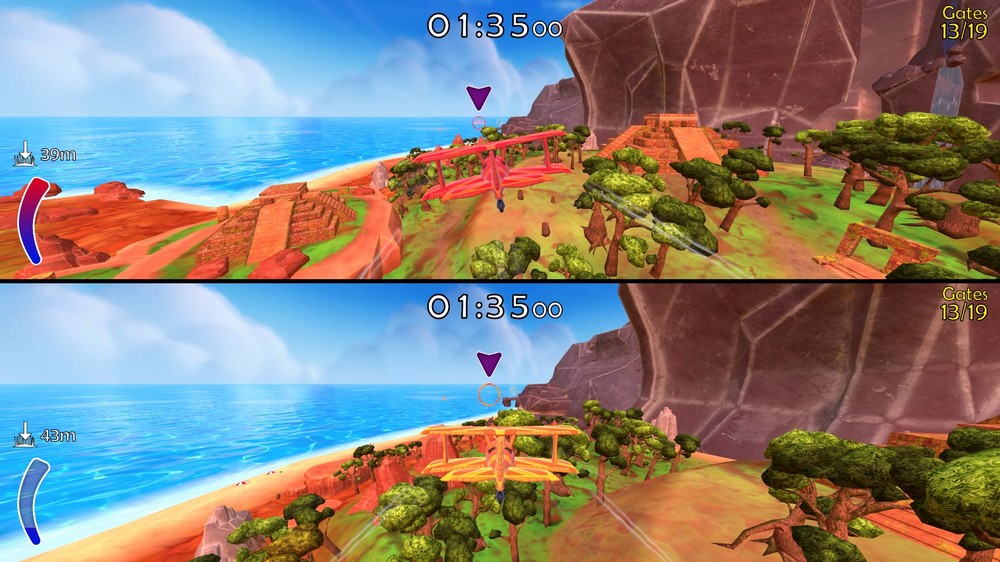