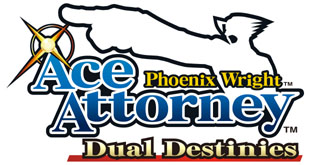 Definitely worth playing for anyone who’s enjoyed a Phoenix Wright game in the past.

Phoenix Wright: Ace Attorney – Dual Destinies is mostly more of the same, but that’s only a bad thing for games that haven’t been uniformly excellent. The Ace Attorney series has been charming since its debut, helping to introduce visual novels to the US with its courtroom melodrama, and even by the fifth game in the series, the formula hasn’t managed to get stale. A series of twists, refinements, and new additions keeps the game fresh even this late in the series.

For newcomers, you play as a number of attorneys from the Wright Anything Agency, a combined law firm and talent agency, defending clients against false charges of murder. It’s a world where people are guilty until proven innocent, trials only last a few days before an automatic guilty verdict, and lawyers need to personally investigate crime scenes for evidence. It’s got almost literally nothing to do with any actual legal system, but it’s the perfect setup for legal drama with the game’s cast of lovable heroes and loathsome villains.

Each Phoenix Wright game lives on the quality of its cast, and Dual Destinies’ new characters stand up there with fan favorites. From pretty early on, along with returning characters like Phoenix Wright and Apollo Justice, you have the agency’s newest lawyer, Athena Cykes, a prodigy who uses analytical psychology to help crack cases. On the side of the police are Simon Blackquill, a convicted murderer who serves as your rival prosecutor and Bobby Fulbright, a heroic detective who can easily be goaded into helping the defense. 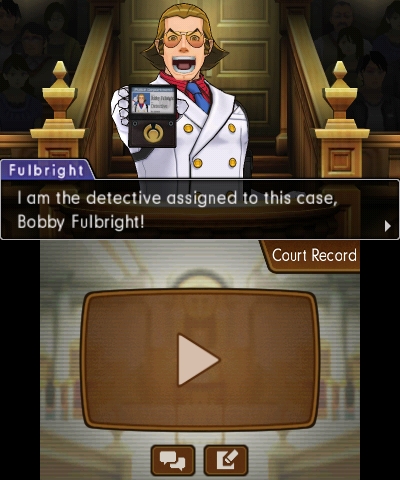 All these characters are rendered in 3D for the first time, with amazing cel shading that keeps the look and feel of their 2D incarnations. This means a huge leap forward for the game’s animation quality, which is saying something for a series that’s always relied on the charm of its character designs and poses. It wasn’t unusual for me to sit on a line of dialogue for a while, just to watch the character models cycle through their animations for that pose.

Of course, you’ll meet these characters during the investigations and trials, which make up the two halves of the game and each has been streamlined, making it easier to keep going through the meat of the story and reach the interesting puzzles. Investigations have you exploring crime scenes and talking to witnesses, and the cursor highlighting hot spots and telling which you have and have not interacted with goes a long way towards keeping things moving. Meanwhile, in trials, along with the returning systems from previous games, Dual Destinies adds the Mood Matrix, used by Athena to press witnesses on their unspoken feelings, as well as a new system for linking pieces of evidence to deduce new facts, inspired by the Ace Attorney Investigations games.

Perhaps the best change is the ability to review text in both investigations and trials. It’s a visual novel staple that’s finally made its way into the series. As an overeager player who regularly skips text by accident, it’s a relief to finally see it in the game. Of course, the music is back, and it’s excellent. While I don’t like the game’s version of Cornered as much as some of the classics, it’s still a really solid soundtrack.

All told, the game doesn’t do very much new, but then, it really doesn’t have to. Interesting stories, fun characters, and incremental improvements over the previous games carry the day, and make Dual Destinies a game worth playing for anyone who’s enjoyed a Phoenix Wright game in the past. 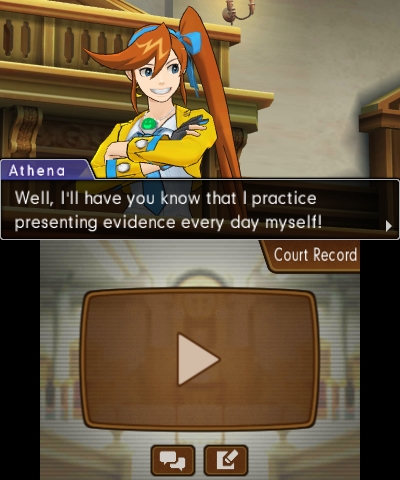 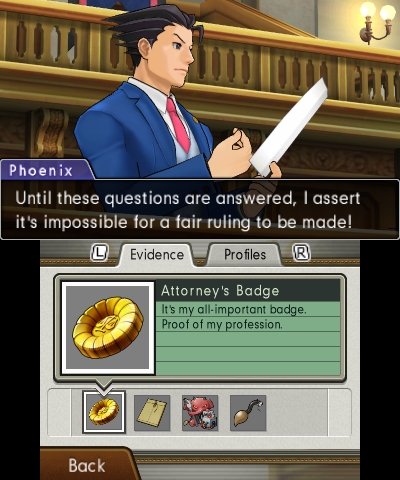 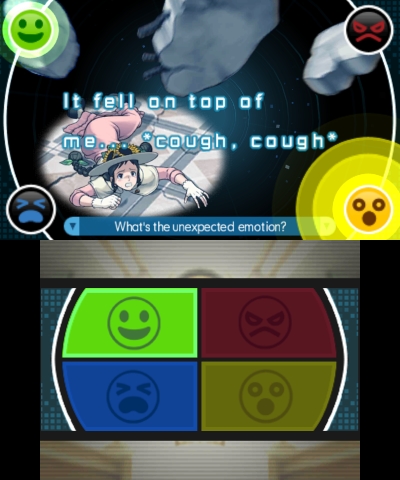 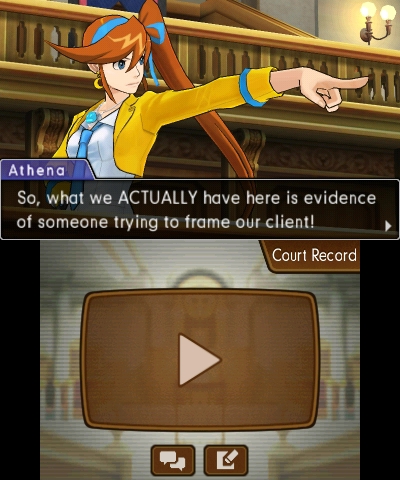 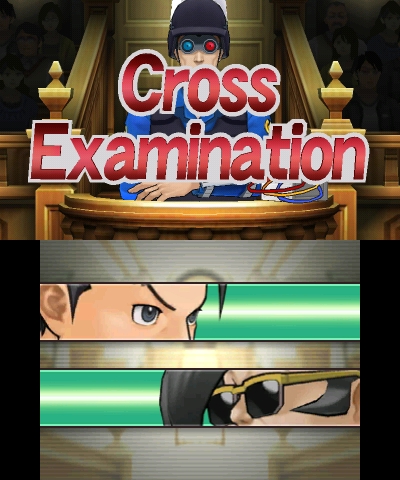 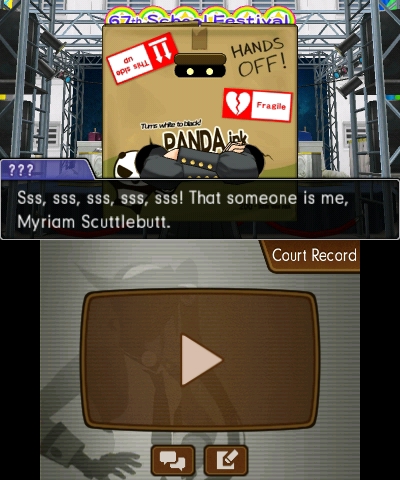 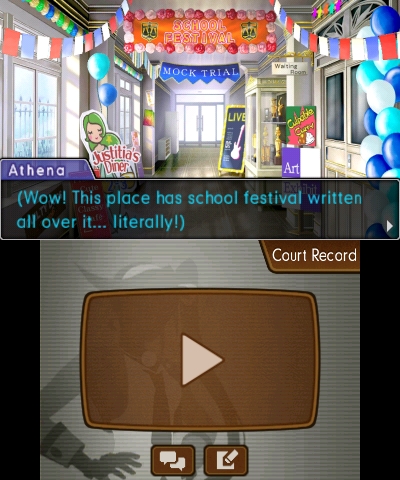 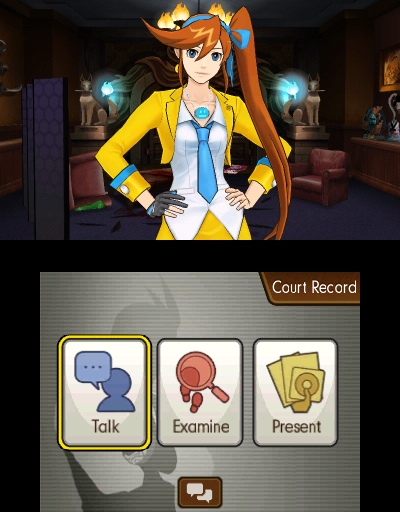 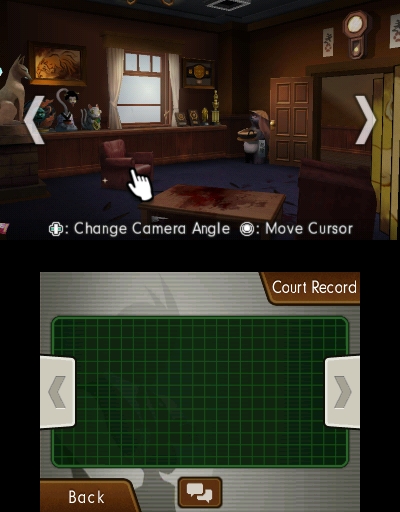 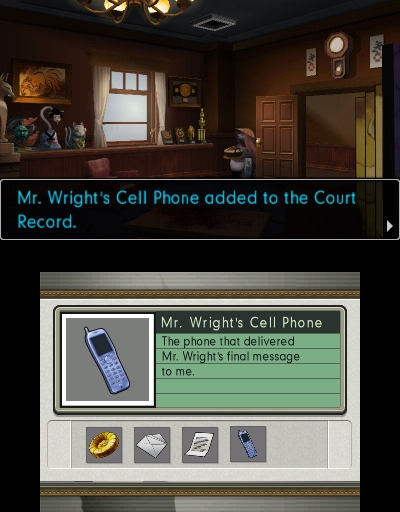 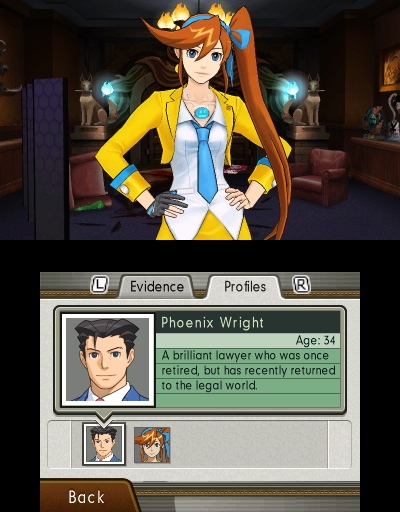 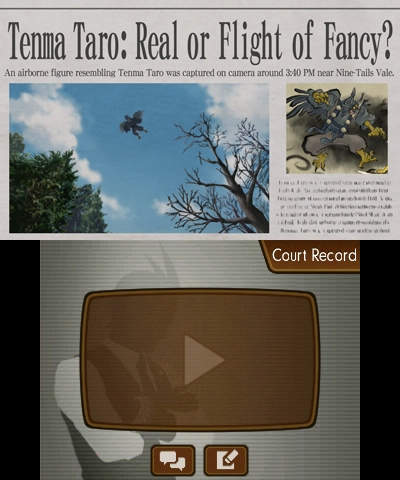