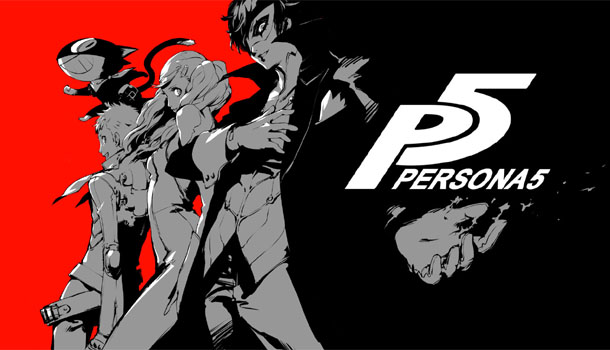 - A little slow to start

A unique and complete experience for veterans and newcomers to the series.

The Persona series is well known for releasing a definitive version of its titles a couple of years after the original came out, and Persona 5 is no exception. With the base game originally releasing in 2016, we are now receiving Persona 5 Royal, which boasts new content such as new characters and new story events, and gives both existing fans and newcomers the opportunity to jump into the world of Shujin Academy and become a member of the Phantom Thieves.

With this being my first venture into the world of Persona (aside from a slight dabbling with Persona 4 Golden on the PS Vita), I was a little concerned about missing out on a large amount of the content due to what I had heard about the series. From what I knew, you spent a fair amount of your time battling enemies and working your way through dungeons, much like your typical JRPG, but alongside this you had to balance your character’s school, work and social lives, all while on a fairly tight time budget. In reality, it turns out that for a couple of reasons I didn’t need to worry anywhere near as much as I had been doing, though I did still need to keep a smart head on my shoulders to ensure I could meet most requirements. 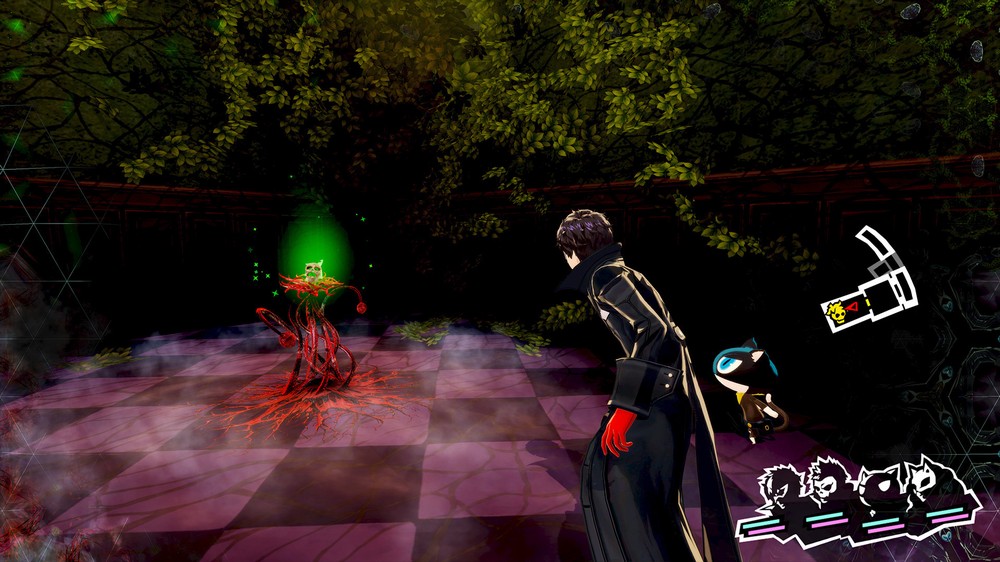 The first factor that eases the entry into the Persona series is the slow burn tutorial, where the main narrative continues, and you are given increasing levels of freedom over your progress, but you’re given introductions to new features and activities at a steady pace. This means that you’re given the chance to become comfortable with what you already know before you’re given further information, but it does come with the caveat that the game feels like it is still in the tutorial phase more than ten hours into the experience. If you boil these ten hours down into a percentage of the overall playtime, the amount of time spent in the tutorial stages is likely comparable to the chunk of time that you spend learning how other shorter games play, but it does feel strange to play Persona 5 for a couple of days and still feel like the story hasn’t even started.

The other mechanic that really helped with my transition was the fact that, similar to the Telltale series of games, you are able to check in and see what other players chose to do at any point that you are given the freedom of choice, meaning that you are able to check and see the options available to you, and what other players deemed the most appropriate course of action at that specific point of the story. You’re also given an indication of the average player level at that point, meaning that you’re able to tell if you’re falling behind and are likely to struggle in battle. As the game went on, I found myself using this feature less and less, as I was eager to shape my own story, but for the first few hours this was a really useful tool in helping me to get my head around what I was supposed to be doing and the options that were open to me. 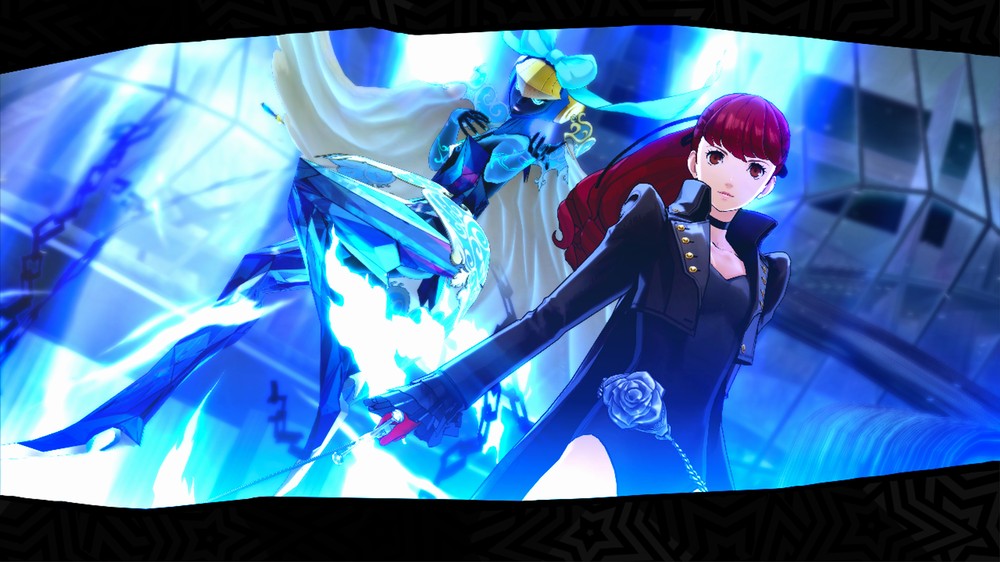 Talking about the game proper can be a little difficult, partially to avoid spoilers but partially because of the fact that the further you get into the game, the more variables enter the equation, meaning that the Persona 5 Royal that I have experienced is likely different to the game that someone else might have played. However, there are certain narrative beats that the game will definitely hit, with the Phantom Thieves attempting to take down various targets and change their hearts to make them confess to their crimes and indiscretions. This starts with trying to bring down a creepy teacher at their school, but quickly escalates and the group attempts to prove both their abilities and their existence.

The main protagonist is Archer (you get to choose the first name) or Joker, as he is known in his Phantom Thief guise. Archer is a new transfer to Shujin Academy, having been falsely accused of a crime and put in probation, and upon arrival at his new school, he quickly learns that he possesses the ability to not just control Personas, but to visit Palaces, where the distorted desires of his targets are personified. These palaces are where the game plays out like a JRPG dungeon, as you make your way around the map, battling enemies, searching for treasure, and eventually defeating the boss. With you playing the role of a thief, there’s a particular focus on stealth and infiltration, and you are well rewarded for being sneaky and avoiding the attention of enemies. The game also does a great job of feeling like you’re genuinely breaking into a well-guarded building, such as a casino or an art gallery. 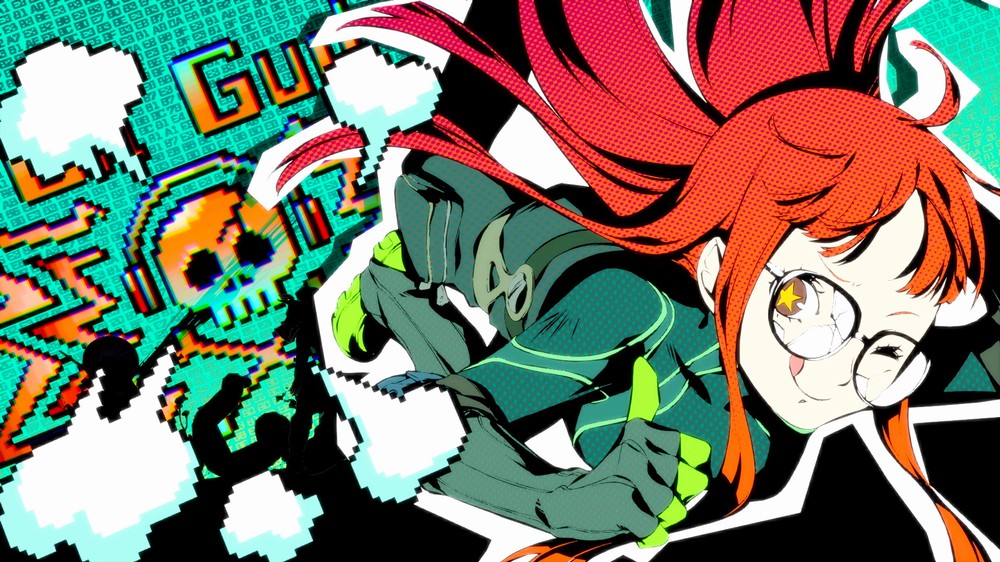 Part of the reason why these Palaces work so well is the visual design, and this spreads throughout the entire experience. Persona 5 Royal can best be described as striking in its appearance, and it has been a while since I have been taken aback in such a positive way with regards to how bold a game looks. It isn’t that the character models or textures are state of the art, or that the resolution is particularly high, but more that some genuine thought has gone into how the game is presented, which results in a real treat for the eyes. Early on, I perhaps found it a little too busy, with my eyes not always being sure where to look at any one point, but the more I played, the more I became used to what was happening, and the more I started to enjoy what was happening on screen.

I found myself being further drawn in by the cast of characters and their individual tales, and in a similar way to how Archer is attempting to build up a new circle of friends, it becomes easy to start to care for your accomplices and genuinely want to help them in their trials and tribulations. Archer has a series of stats that get stronger by becoming closer to his friends, as well as being able to gain new abilities by strengthening his relationship with certain people, and initially these mechanics are enough to encourage you to act in a certain way. However, the more I played, the more I wanted to help out Archer’s friends as it just seemed like the right thing to do, and my genuine responses to them started to gain precedence over thinking about which potential response would garner the optimum return on experience. 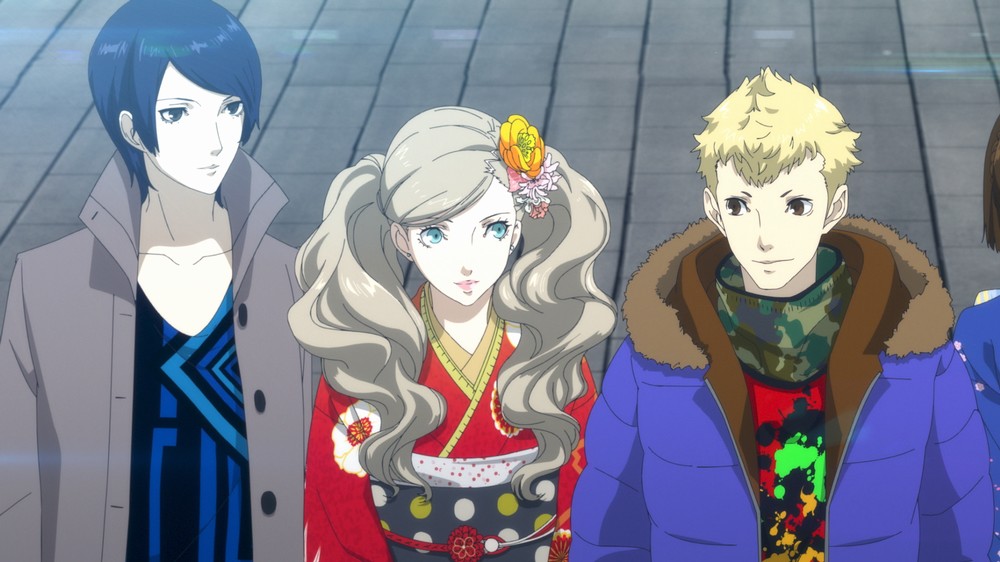 Often when playing RPGs with multiple characters, I find it difficult to add newcomers to my party, as I get so used to my current makeup, and I find any new addition to be an imposition. In Persona 5 Royal, almost the exact opposite happened. Each character you encounter is intriguing, and comes with their own interesting backstory and worldview, meaning that I was often struggling to decide who to have accompany me at any one time. This extended to the social aspects of the game as well, as you would often have more than one friend contact you asking you to hang out, and you would have to pick and choose to make sure that you’re making the best use of your time.

In terms of the Royal part of Persona 5 Royal, perhaps the strongest endorsement that I can give this extended version of the game is the fact that I genuinely had to look up what the additional content was, as it was so seamlessly inserted into the base experience. I am used to DLC or GOTY editions of games containing fairly obvious stitch-marks, with any additional content being fairly obviously shoehorned in, so in the case of Persona 5 Royal I was amazed to find that I had no idea where this new content was. Having not played the original version of the game, I had no idea that one of the characters just didn’t exist in that title, or that certain mechanics in the Palaces were completely new. It feels like there’s been a lot of work put into making Persona 5 Royal feel like a unique, complete experience, and while it might initially seem like those who enjoyed the original might not need to play Royal, the fact that there’s a whole other semester added to the end of the story means that there’s a sizeable chunk of new content to enjoy. 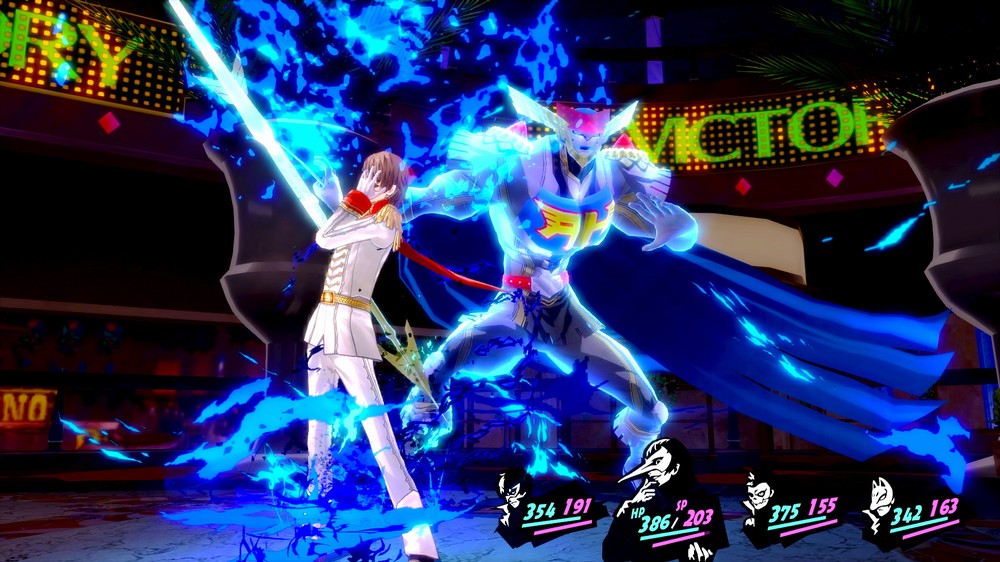 Throughout the past few years, I’d been consistently reminded how popular the Persona series is, and I had always meant to visit Persona 4 Golden to a greater extent than I already had, but for one reason or another, I never managed to. Now, having played Persona 5 Royal, I can see what all the fuss is about, and I feel like I could write for pages and pages on my experience, how much I have enjoyed the game, and how I feel about the various characters within. It is safe to say that Persona 5 Royal has got its hooks into me, and I can’t wait to go back and play more of it. For newcomers to the game, I can safely say that Royal is great place to start, and for those that experienced the original game, I think that there is enough here to encourage a replay, especially with the new characters and abilities that are included. If you’re a JRPG fan, then I strongly encourage you to give Persona 5 Royal a try if you haven’t already, and if you’re a gamer who is new to the genre, then this would be a great place to start. 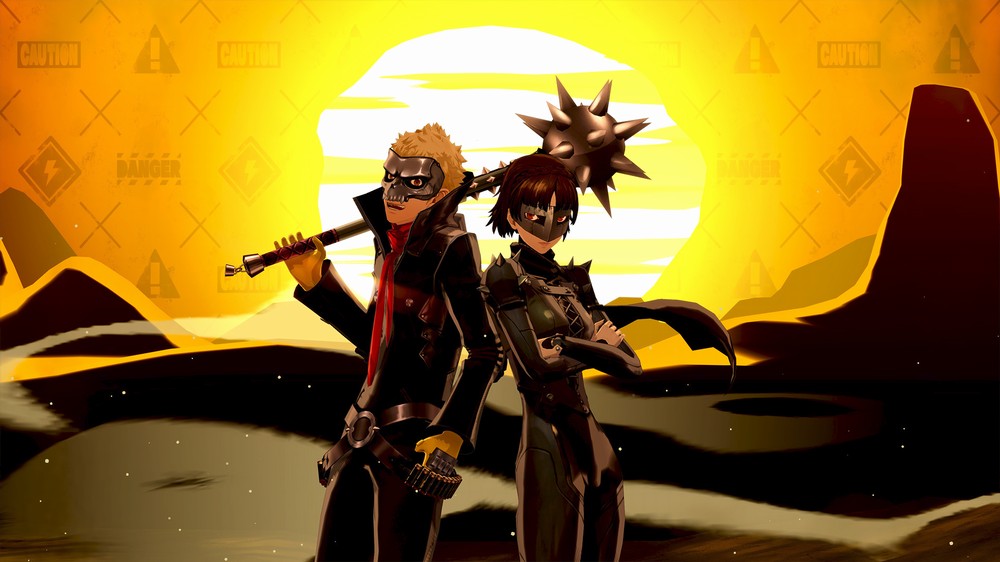 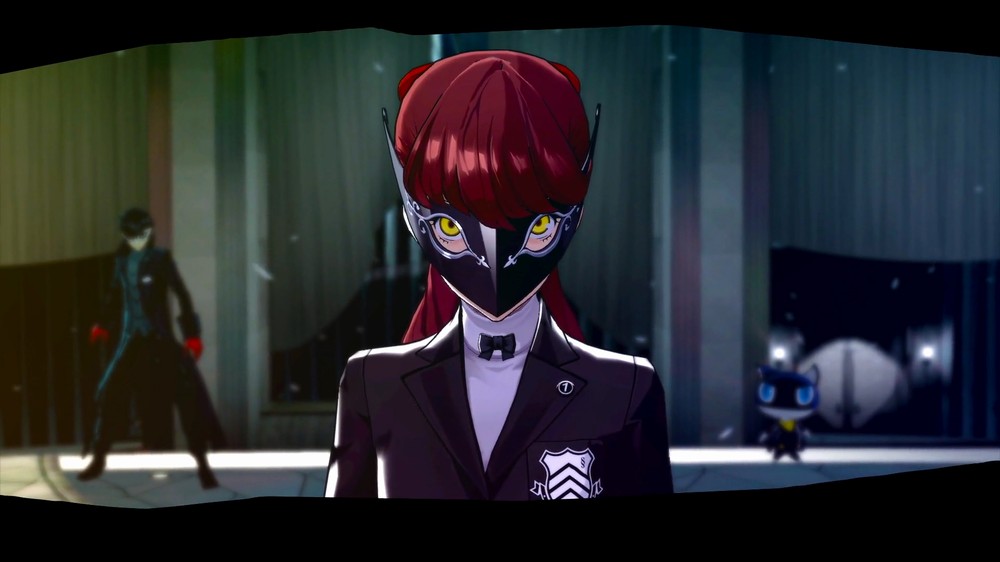 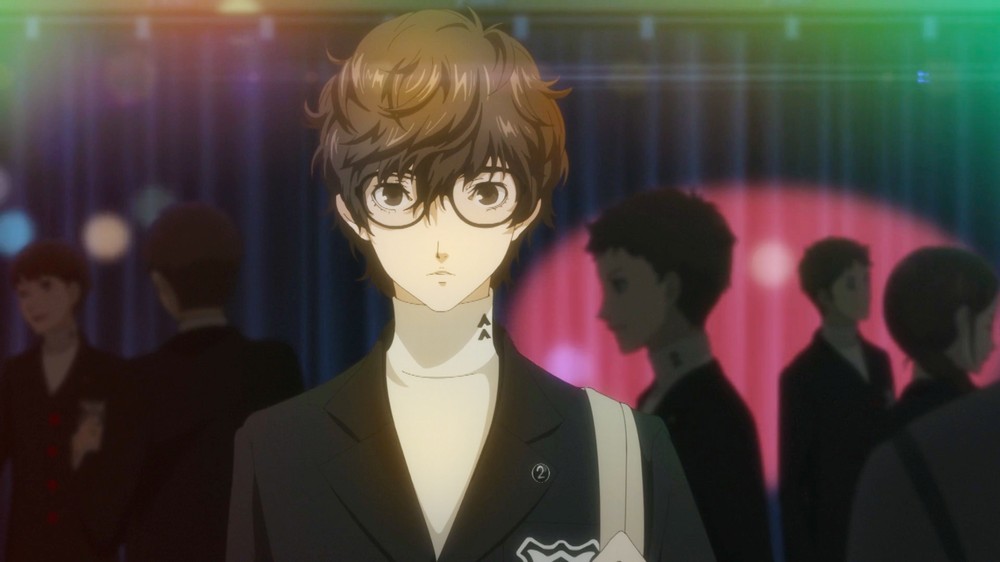 1
1088
The Walking Dead: Saints & Sinners Review – Oculus Quest
2
908
Frictional Games Shows Off First Gameplay Footage of Amnesia: Rebirth
3
908
Join the Galaxy’s Finest as Star Wars™: Squadrons Soars Into Homes Today
4
908
Synth Riders Celebrates Anniversary with a Month Full of Treats and an Oculus Ques...
5
908
Worm Jazz Review – PC
6
908
Take to the Skies and Choose a Side in the New Trailer for Next Generation Air Com...
7
908
CRASH BANDICOOT 4: IT’S ABOUT TIME IS AVAILABLE NOW
8
907
The Falconeer First-Look Preview – PC
9
907
Metamorphosis is 33% Off on Steam!
10
907
Werewolf: The Apocalypse – Heart of the Forest launches on October the 13th
All Original Content on Game Chronicles is Copyright (c) 2002-2020
Sinjin Solves Walkthroughs Copyright (c) 1996-2020 by Mark Smith