I received my review copy of P·O·L·L·E·N ahead of my Oculus Rift, so I did dabble a bit with this new sci-fi adventure for a few hours before doing the VR deep dive.  Actually, VR support is still in BETA but it works remarkably well, so this review is going to be mostly about playing on the Oculus Rift.

P·O·L·L·E·N quickly establishes its alternate universe timeline with a cool intro crafted from headlines that twist established historical facts into a new world that ultimately has you going to visit a mining facility on Saturn’s largest moon, Titan.  Apparently the team that was there has gone missing and you need to investigate, but a raging lunar storm and spooky supernatural elements won’t exactly help your search, as this mystery quickly turns into an edge of your seat thriller. 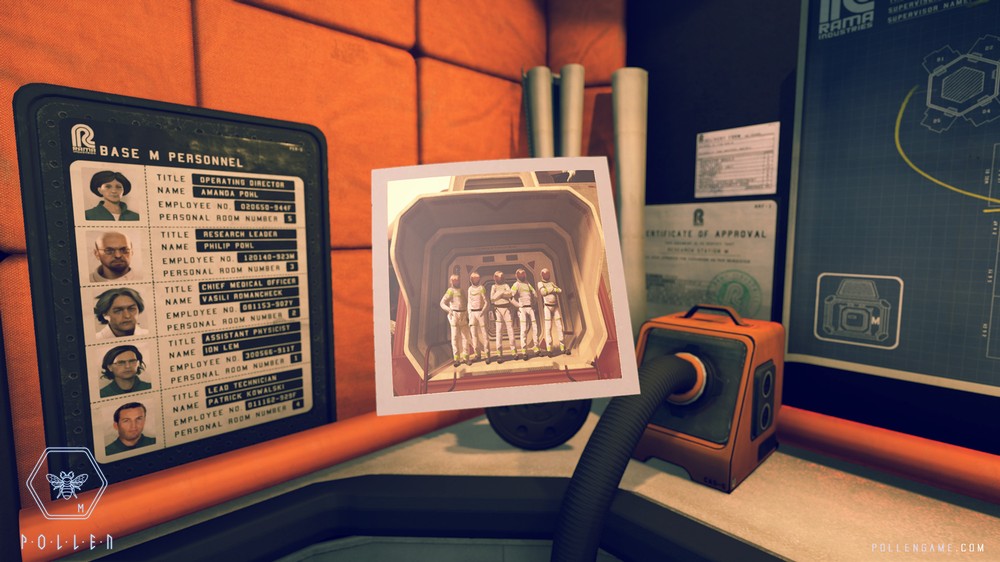 Whether you choose to play in VR or on a traditional monitor, P·O·L·L·E·N plays pretty much the same way using the same control scheme and interface, but once you put on that VR headset the experience becomes infinitely more real and personal.  The game world is highly interactive with just about any object no matter how small being able to be picked up and examined, and if important, stored in your inventory for future use.  The 3D is especially convincing for both environments and the objects you can hold and manipulate.

There is an engaging story being told mostly through the logs, emails, and other found documents scattered about the abandoned base.  While it is easy for many gamers to hastily click through these items, if you take the time to read the logs and turn over photos to read the scribbles on the back, you will quickly bond with people you never meet.

For as good as this game looks it is the chilling sound design that really seals the complete immersion in this universe.  Whether you are playing on a home theater surround system, a gaming headset, or even using the awesome headphones built into the Rift, the positional audio is fantastic and even a bit scary at times.  The music is minimal but excellent, and the voice acting is quite good. 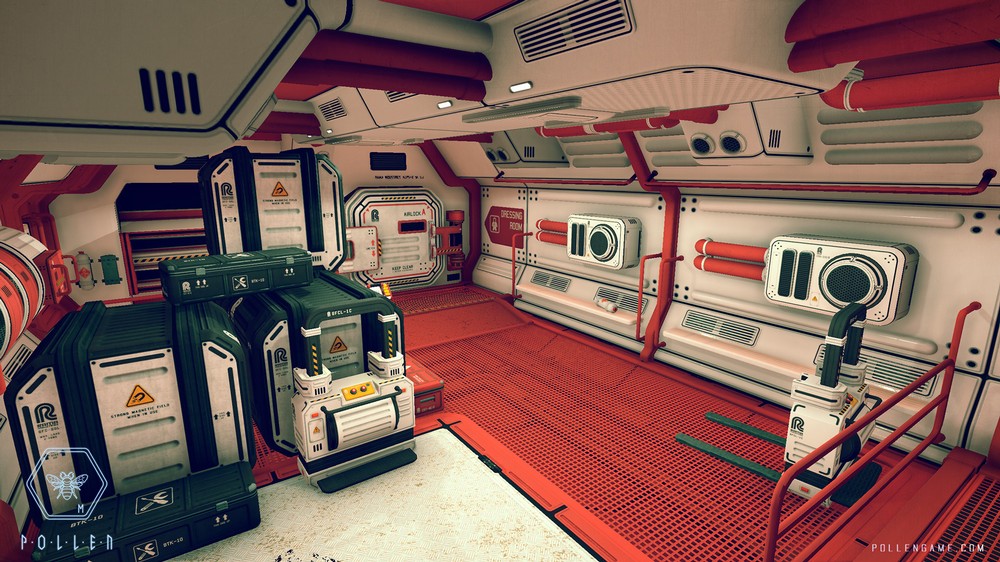 Admittedly, gameplay is rather limited; mostly a few puzzles of random difficulty.  Since key items are stored to your inventory automatically you never need to decide for yourself what is “important”.  Most of the game is remembering your surroundings well enough so when you do find a keycard or some other critical item you know where to go to use it and how to get there with minimal backtracking.  And even then, some items trigger events that are purely for show and don’t really further the adventure, but it all helps to immerse you in the world, so when something important does happen it means so much more.

If you enjoy those “walking simulator” style games that are heavy on narrative and item examination and light on puzzles then  you may want to check out P·O·L·L·E·N; especially if you are into isolation-style sci-fi adventures.  And for those with an Oculus Rift, even though it’s still in BETA, you won’t find a more convincing interactive VR experience on the platform.  From the moment I landed on Titan to the cryptic ending sequence, I was completely immersed in this awesome adventure. 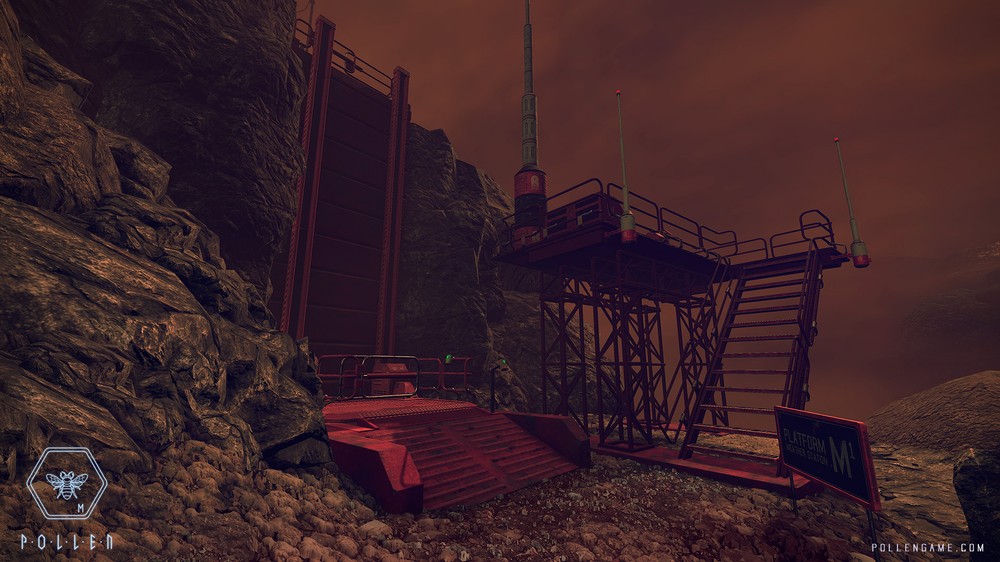 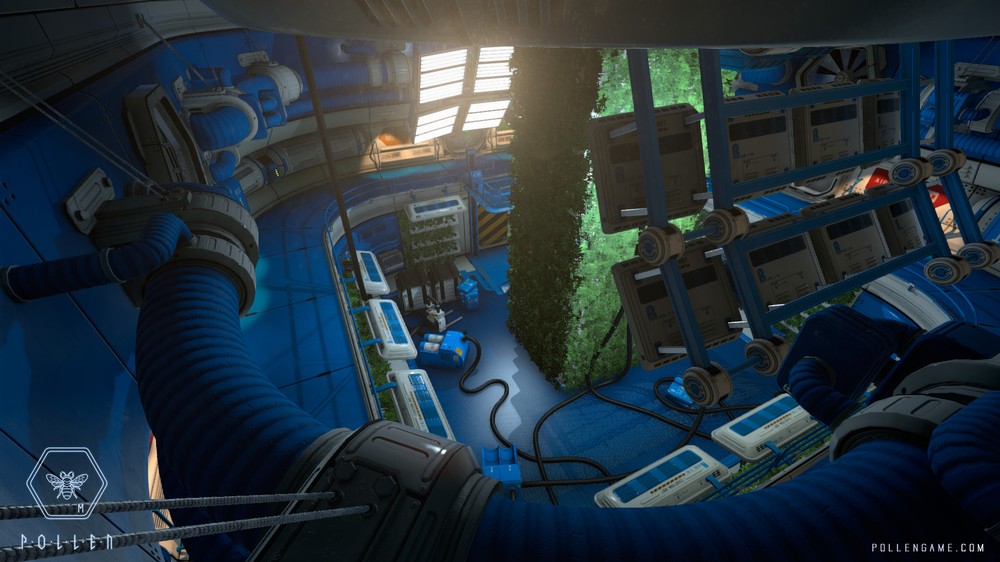 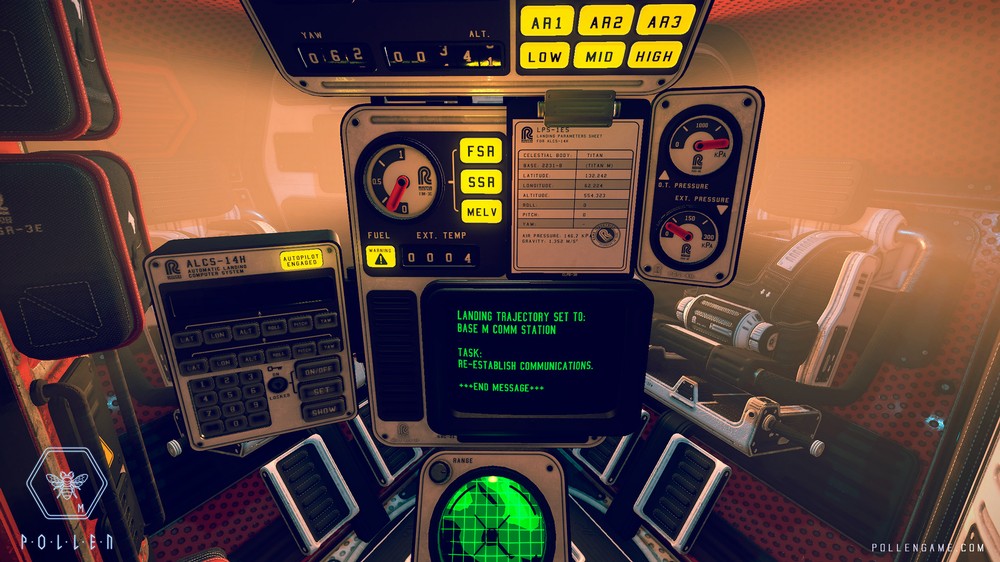 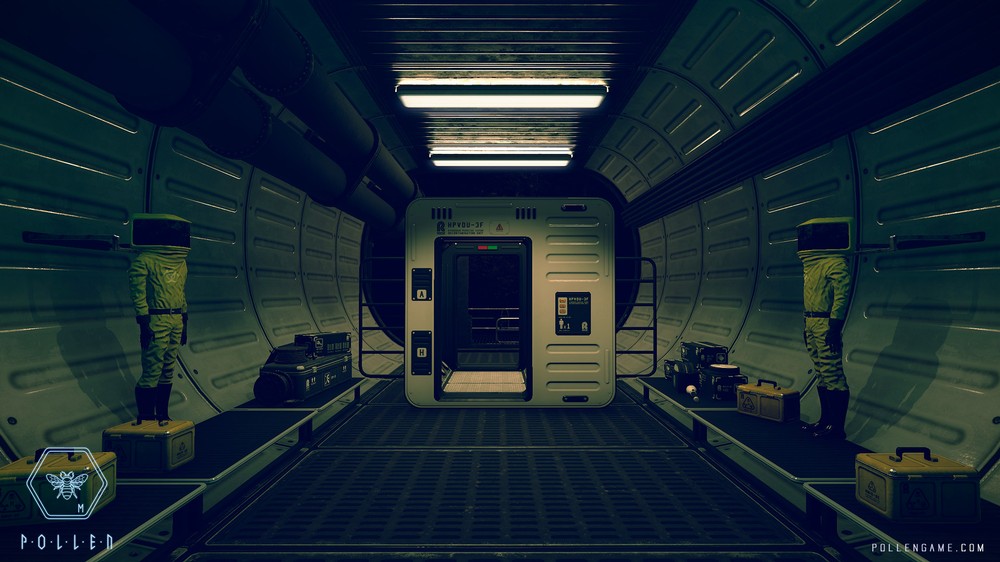