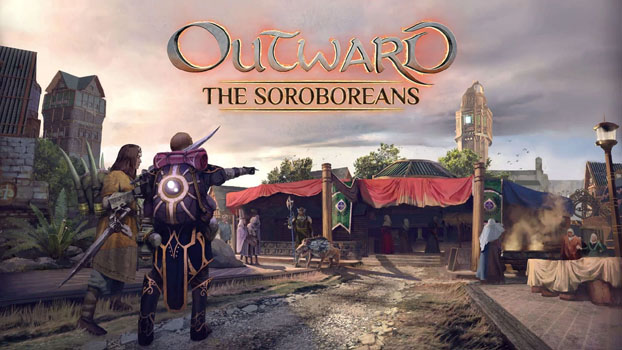 Last year I got the opportunity to play the rather enjoyable survival adventure Outward for PC set in a fantasy world. Unlike other fantasy games, you played as average person thrust into a dangerous world instead actively looking for adventure. Outward offered players plenty to do with a variety of weapons to use and magic to master. Well the folks at Nine Dots Studios are back with an all new downloadable content with the release of Outward: The Soroboreans for PC.

While survivalist games are definitely not my strong suit, I’ve got more than enough experience with fantasy based RPGs over the years. The Soroboreans continues Outward’s already challenging formula but with a whole new faction and new mechanics to manage. But for those that are just starting out with Outward for the first time you’ll find yourself waiting a little bit before heading to Harmattan. This new location is home to a new fourth potential faction, The Sorobor Academy, which if joined will lock you out of the other three main game factions. 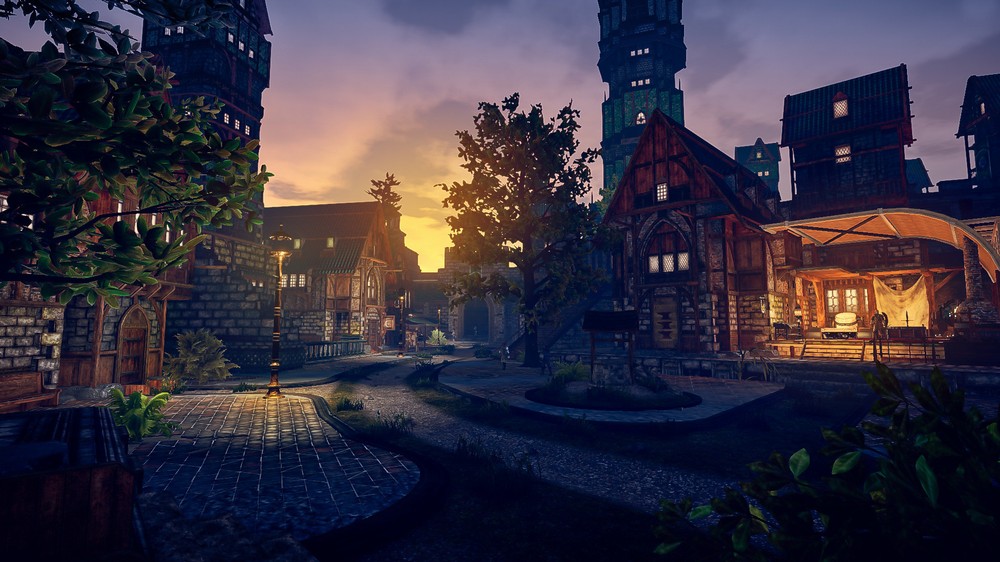 For either type of player you can travel to this new area but not before accruing the required 2-4 rations (2 for starting town of Cierzo) and a whopping 200 silver of the in-game currency. For perspective you need to earn 150 gold in just five days (a daunting task) just to keep your house in the main game prior to this. Normal traveling between the main game’s locations only takes three rations by comparison. Maybe this was a way to allow players to become pretty familiar with the game’s base survival and combat mechanics before diving into the new area. The Soroboreans was seemingly designed for players that are already versed in the base game as this content is fairly harder than what I experienced already.

The caravan that takes you to Harmattan also introduces a fast travel system to get you to the five main cities in the main game if you’re willing to pay the steep rate. This can be particularly enticing from personal experience as you can avoid many of the dangers you would otherwise encounter hoofing it across entire zones to get anywhere of importance. Of course if you choose to go to Harmattan you must also deal with your Blood Price demands so no such luck getting out of that. 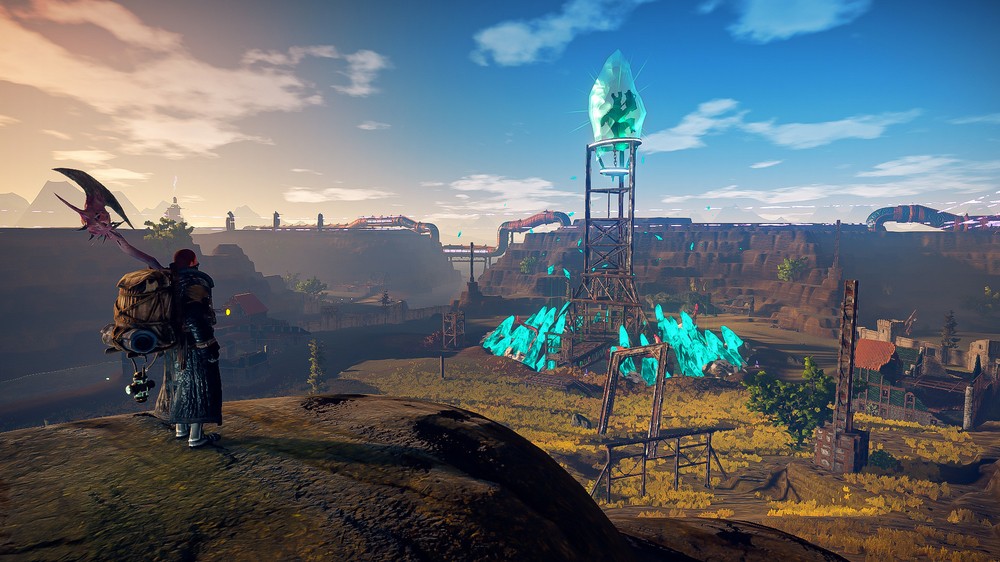 Once in Harmattan, you can start your main quest to join the Sorobor Academy which focuses on academic knowledge and offers up plenty of content similar to the main game. You’ll find that Sorobor Academy offers up the same number of quest as the main factions as well as its own specific parallel quest Rust and Vengeance. Thankfully this one has a longer quest timer of 100 days compared to the core timers for the other factions. This time frame is largely needed as the process has you traversing a vast underground runic train system to access the various dungeons to find four Gemstone keys for this questline’s climax.

There are several repeatable minor quests if you find yourself in the likely need of more money especially if you want to dive into the expensive new art of improving items and equipment through Enchantments. To do this will require some exploration and more than likely some fighting to complete many of these quests as well as the main ones. 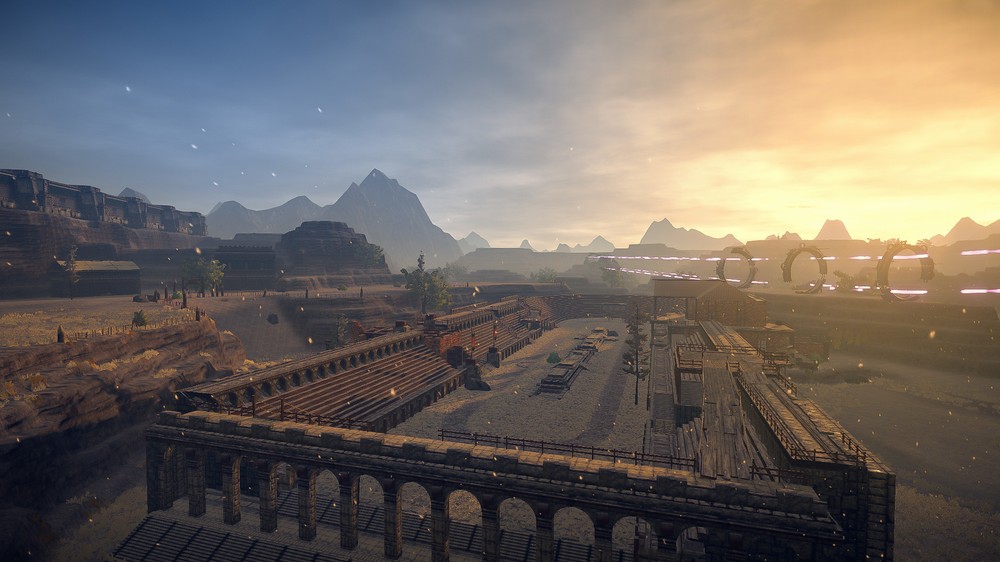 Much like the main game you’ll want to get accustomed to combat fast and The Soroboreans offers you a couple of new options to choose from. Chief amongst them is the new weighty Gauntlets that allow for you to get up close for some in your face punches combat. This is particularly satisfying when paired up with the new Speedster Skill Tree which is great for evading attacks and getting in hits. You do run the risk of taking more damage than usual if you’re not careful.

Now for folks that prefer a bit more of a ranged approach to combat then the new Hex magic Skill Tree may be what you’re looking for. This new magic allows for you to cripple your enemies with debuffs but more advanced spells will require you to expose yourself to Corruption. This new mechanic must be managed similar to your basic need but with an added risk/reward twist. For instance some spells will require you to have a certain amount of corruption to use them but at the drawback of having powerful enemy spawn around you or you can just explode if you reach 100%. Hex magic does have a way to reduce this corruption with Cleanse but at the cost of damage output though. 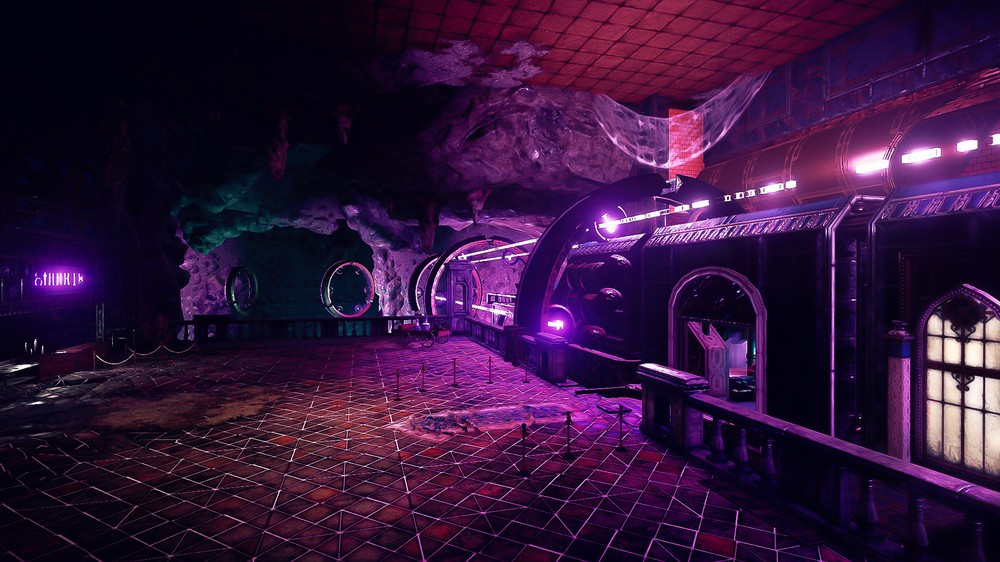 For an added edge both in and out of combat, the Enchantment system can be of great use. While you can only enchant an item once, you luckily don’t consume or lose items if you fail to enchant it. The trick with this system, other than the grinding you’ll need to do to acquire all the ingredients you need for a desired effect, is getting the positioning and conditions right. Assassin enchantments for instance will require you to perform the process at night with the right type of incense and armor types. You then have to get the Enchanting pillars complete with incense into the correct cardinal compass positions as required by the recipes you buy or find. I’ve never been a big fan of creating enchantments in RPGs but here I found it manageable and sought it out to create a few of the new Vampiric weapons.

By the time I’d sat down to start diving into The Soroboreans, I’d already put a great deal of time into the base experience of Outward both alone and with another person. I’m happy to say that that same co-op option is again available in The Soroboreans, so you don’t have to go this adventure alone. But no matter if you trek the Antique Plateau alone or with a companion you’ll find danger and intrigue as you navigate ruins, dungeons and more than a few enemy locations along the way. So if you really enjoy the original game or are considering it for the first time be sure to pick up Outward: The Soroboreans for PC for some more survivalist fantasy action today.