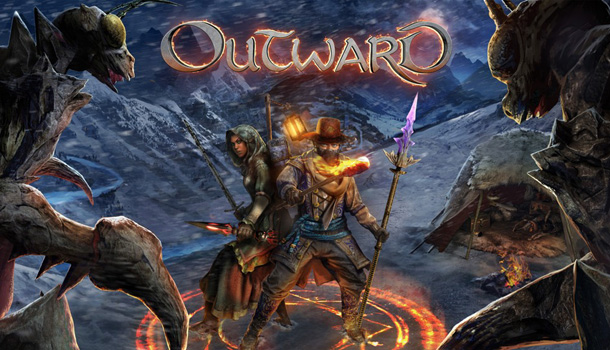 A uniquely crafted survival based open-world RPG great for co-op.

Over the past few years, I’ve grown accustomed to seeing more and more survivalist games on PC. Prior to this review I just hadn’t found one that really resonated with me. I’ve tried my hand at more than a few so far and I always found myself only really enjoying parts of them here and there. That was until I got the chance to check out a new survivalist fantasy RPG from developer Nine Dots Studio called Outward for the PC.

What I enjoyed about Outward is that you are not someone that was actually seeking out adventure but rather one that it was thrust upon in somewhat dire circumstances. You play as a customizable inhabitant of a tribe who is struggling to pay on a Blood Price for the actions of your ancestor against the whole tribe in a time of great need. As luck would have it the cards are already stacked against you from the very beginning of the game. Money that you had earned from a voyage ends up at the bottom of a port and you are forced to come up with 150 Silver in five days’ time to make up for past payments due. You are given two main ways to accomplish this. 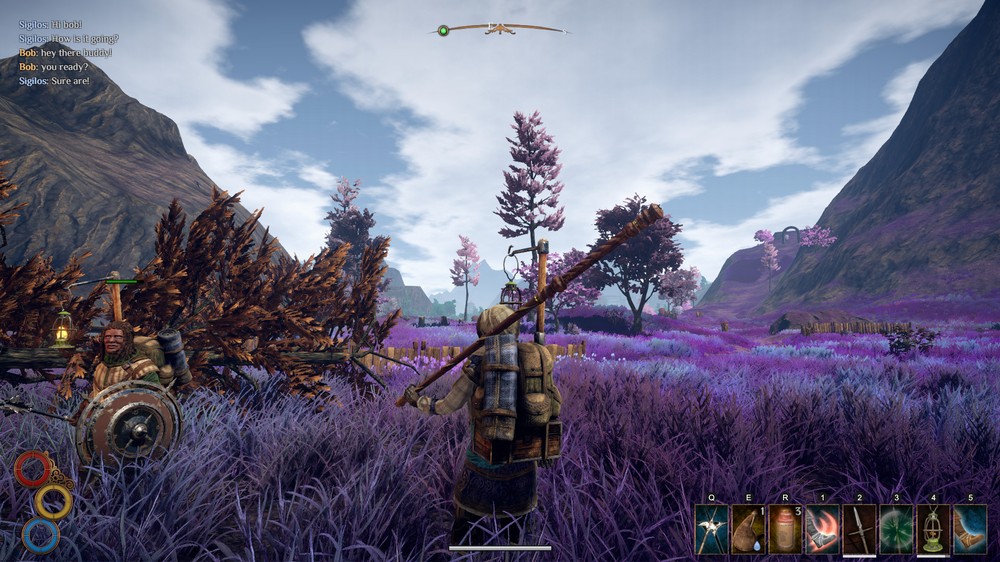 The first is doing a great deed for a member of the tribe and earn a Tribal Favor and the second is earning money by other means. The trick is that the game doesn’t hold your hand on how or where to achieve either of these really. In fact there is more than a good chance that you will fail your very first quest like I did. It should be known that you should not take this adventure lightly. Even if you do somehow manage to bring your four months of missed payments up to date you still have the Blood Price on your bloodline which amounts to thousands of silver apparently.

I can tell you I got my butt whooped by a couple of enemies while trying to earn the Favor and was instantly over the due date so prepare to fail a LOT in Outward. But unlike other titles in this genre, Outward sees every failure as a stepping stone in a normal everyday person’s journey to seek out their own path. You’ll quickly learn that are no loadable save files either like in traditional RPGs or even permadeath like you find in many survival RPGs. I have to say that I actually found this enjoyable for a few reasons.

The biggest reason by far is that I got to see the consequences of the fights that I attempted. Sometimes it wasn’t even fights that ended in my character eventually passing out. For instance being defeated in or nearby the starting town of Cierzo often results in waking up inside it’s gated walls or the local inn depending on the situation. Normally your backpack also makes the trip but not always in the case of other defeats. 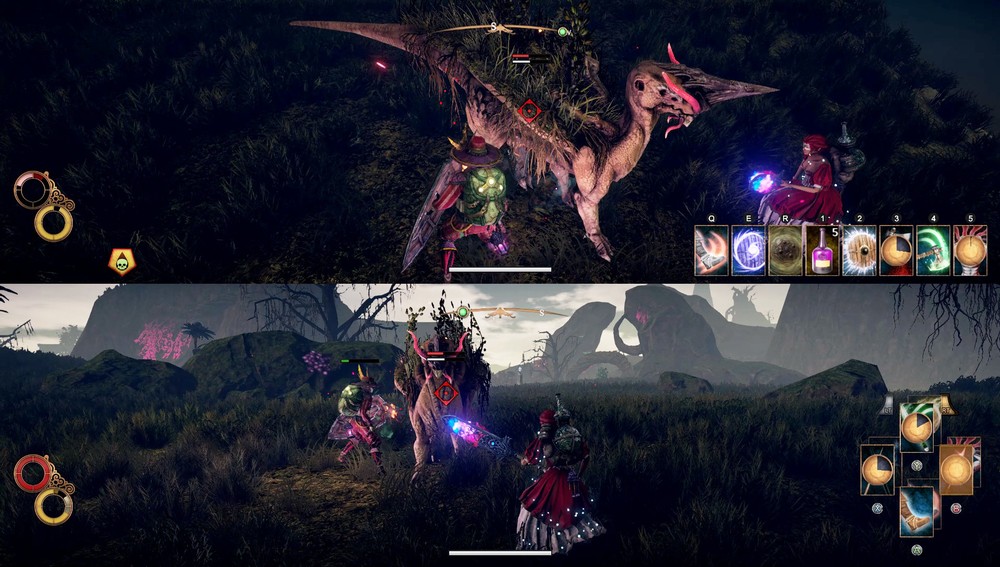 I’ve ended up enslaved by bandits, in a hyena’s den as their potential next meal, and in some random corner of the maps protected by a mysterious savior for a while and this is just in the starting area. Each time a defeat, ill-fated accident or oversight happens you get a little recap of what happened after you passed out. In these cases you might be lucky enough to find your gear before getting defeated again. It really feels like the entire world save for the few safe areas, such as town, are out to get you. But for every defeat it makes even the smallest victories worth it as you travel throughout the four regions found within.

A big part of surviving in Outward is preparation and learning how to effectively fight with whatever you can find or more importantly what you want to specialize in. For instance you can’t even leave the starting town until the Warden Burac feels that you are adequately equipped with basic essentials like a backpack and an equipped weapon to name a few things. At least he gives you a free skill for the weapon type you currently have equipped which is something. New skills can be learned once they are either earned from quests or purchased from various NPCs.

Ultimately in Souls fashion you got to learn patterns and make use of blocking or dodging attacks entirely before attacking back. The nice thing about Outward is that melee combat in particular feels weighty with variances depending on the weapons being used such as a sword and shield, two handed axe or yes even a shiv. If you prefer a more ranged combat experience there are weapons like a bow or pistol. Unlike a lot of RPGs there is only one way to raise your Health, Stamina and Mana stats which is done via passives. This however doesn’t affect things like carry weight as you can only get or make bigger backpacks. 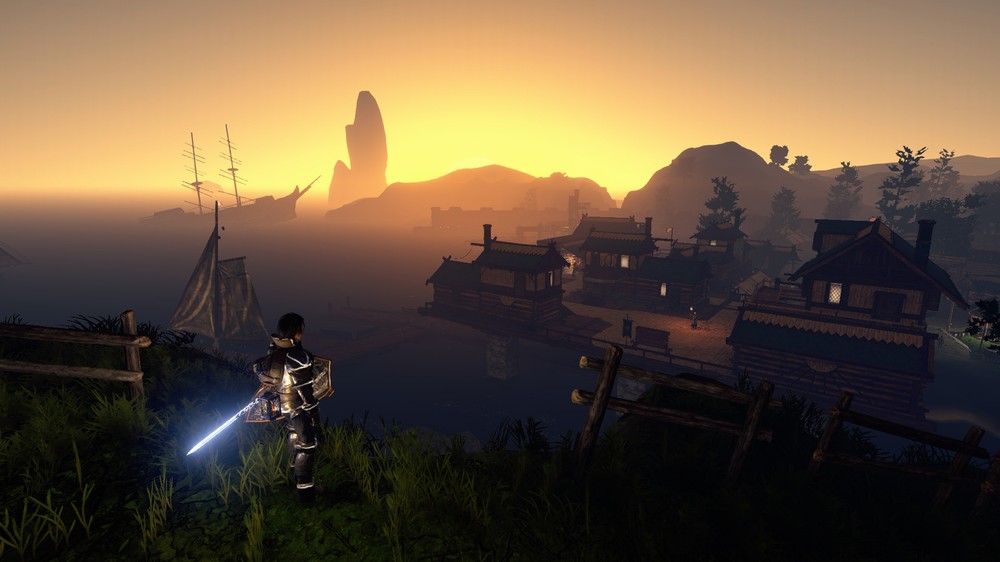 What a nice change of pace was the actual use of magic in Outward. You can cast spells like any other RPG but to the same effect as Bodi’s initial attempt at a deadly mastiff paw in Rock Dog. However by crafting corresponding Sigils and then standing in it after you place it on the ground can you truly casting devastating attacks. More interestingly you can pair up spells with skills like adding flames to weapons which is pretty cool. If you want to specialize in magic you need to gain access to Conflux Mountain which requires you to join one of the game’s three factions which is part of the main story. However specializing in Magic does have a drawback where you permanently sacrifice portions of your physical health and stamina depending on how strong you want your magic.

This once again plays into the preparation of everything you do throughout your adventure. Planning out sigil or trap placements is nothing compared to actually taking care of more mundane but necessary human needs. That’s right as a survival RPG you also have to eat, drink and maintain all of your gear and food supplies. Now normally I’d say that this stuff isn’t my particular brand of fun but thanks to various mods that I’ve used to enhance titles like Skyrim I find some open world style RPG titles lacking without some form of this or another. You can’t just run around constantly with regards to your personal wellbeing. Sleeping is required and encouraged as it the main method or restoring not only your health but the state of your equipped equipment if you so choose. The nice thing about Outward is that they designed it to visually break down what doing certain actions will result in. I particularly like that they give you the option to guard your resting spots to potentially prevent you from getting ambushed in your sleep. 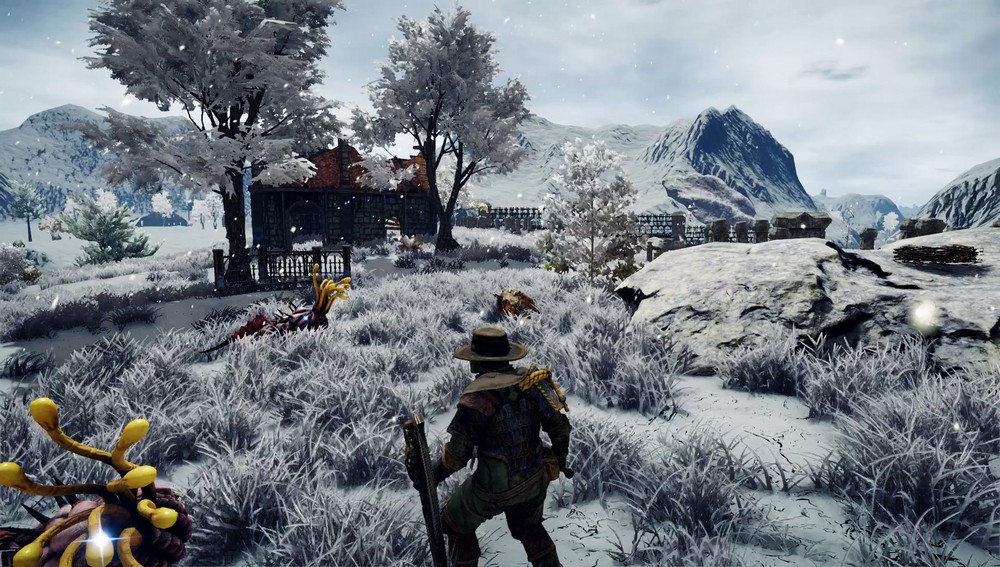 Of course that is assuming you don’t freeze to death or succumb to the elements depending on where you are when you pitch up your tent or bed roll. This only really pertains to the wilderness as towns are generally regarded as safe zones where you can rent a room at an inn if you’ve got the silver. You can also purchase armors, weapons, skills and supplies in traditional fashion here. This can come in handy if you need to make travel rations for traveling between regions since you literally can’t travel unless you have the required amount in your inventory.

Inventory woes can be mitigated at least to a point if you opt to play Outward in co-op mode. This is a rare sight these days especially for a somewhat story based survival RPG. You can play with another player online or do some local coop with family or a friend. Loot can be divided between players allowing for easier travel but quest progress seems to be limited to the host during online play at least.

Regardless of you going solo or buddying up you’ll find yourself traveling through areas that are graphically diverse while still looking pretty decent. The lighting is actually my favorite part as you navigate through darkened interior areas such as dungeons as well as traveling by night. Even a basic torch is pretty much needed since you’ll be blind otherwise. 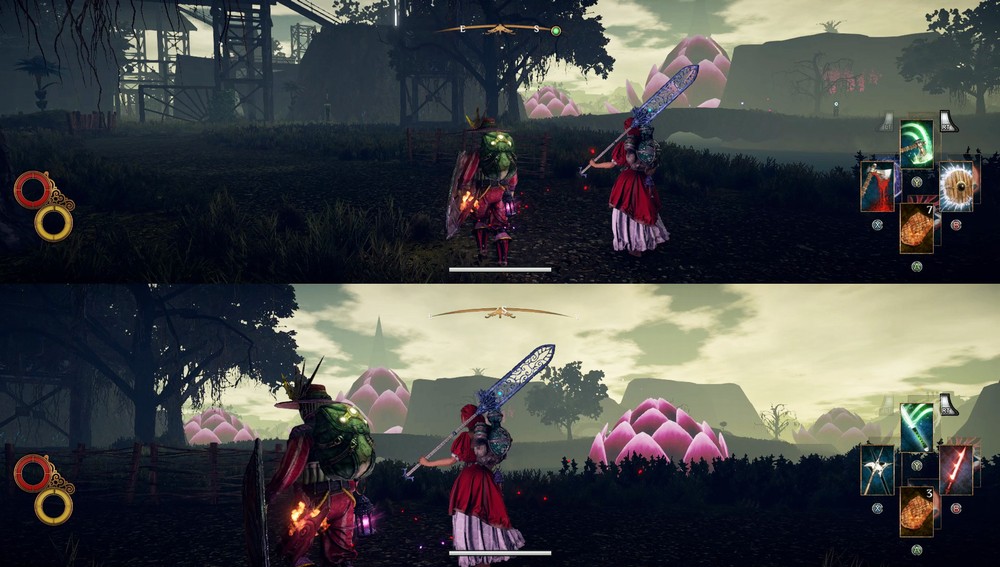 Right from the beginning of the game you get a taste of the excellent lighting as a sunrise casts its rays across the sunken remains of the boat you were arriving home on. The one downside is that some graphical details such as the character creator options and various set pieces are a bit lacking but it really doesn’t detract that much from the experience. The sound however makes up for most of the visuals as it pulls you in both in and out combat. The voice acting for the limited number of major NPCs and vendors is okay though feels off here and there with various performances.

For its few shortcomings, Outward still comes closest to blending the traditional single player RPG elements, which I know and love, with the more hardcore survival RPG genre that has been taking off over the last few years. I can’t help but feel that Outward’s roots lie somewhere between the choose your own adventure games of old and the workings of the mod community that has made titles like Skyrim so much more than its base experience. Outward is tough but with a little practice and perseverance this is an experience that definitely has the makings of a great series. If you and maybe a friend want to check out a uniquely crafted survival based open world RPG then you got to check out Outward for PC today. 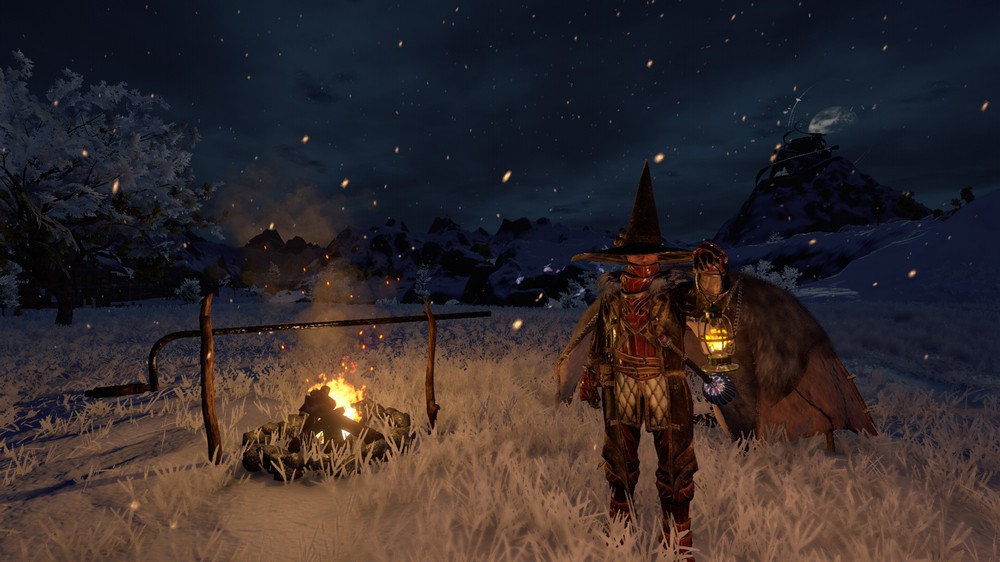 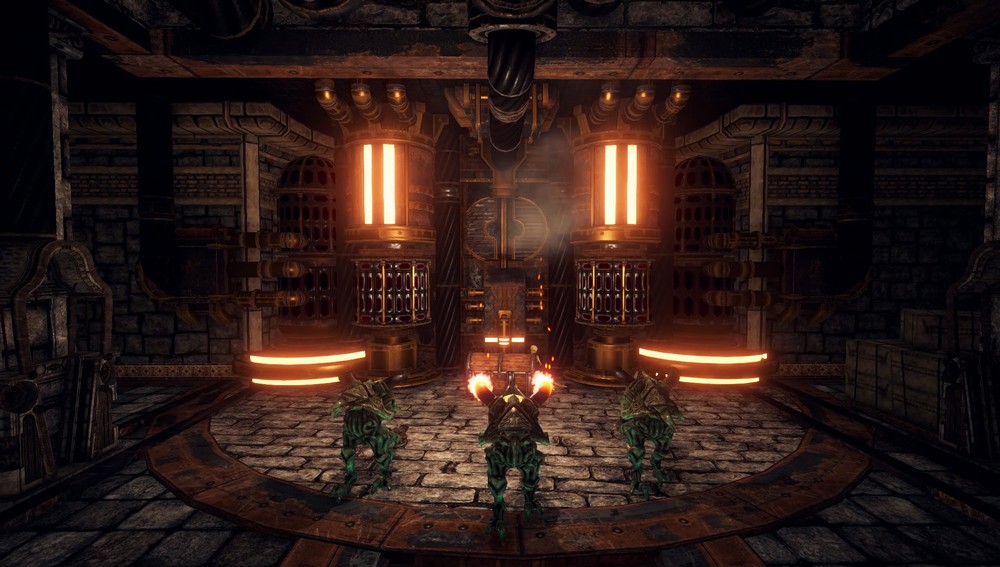 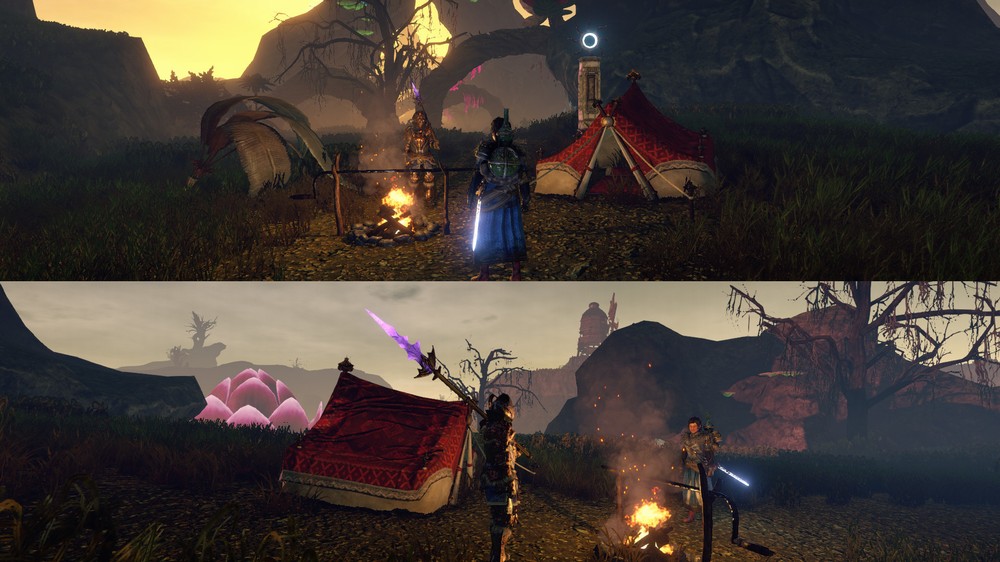 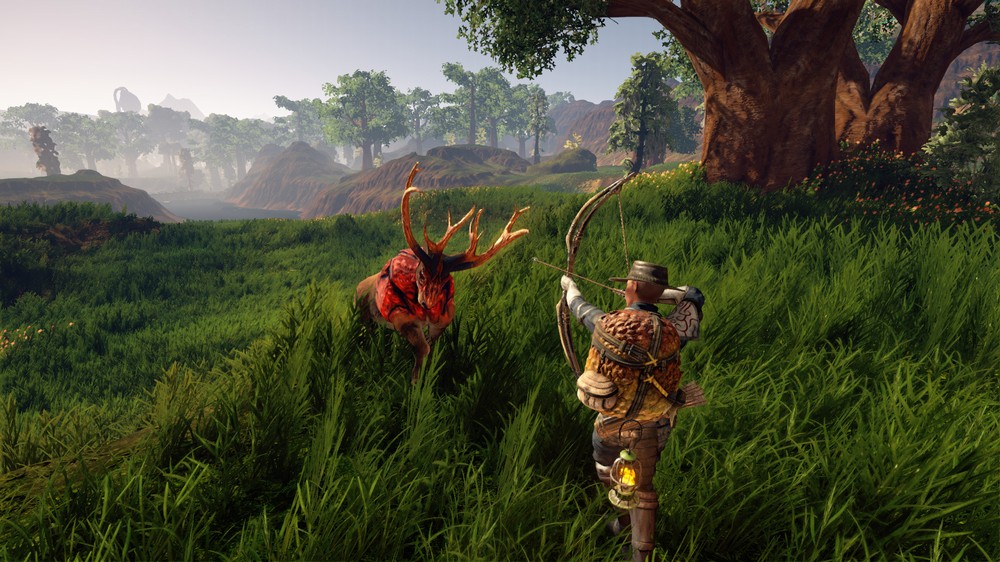