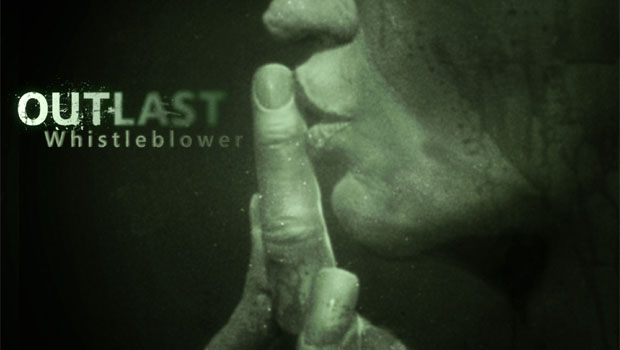 Explores some truly twisted characters and scenarios. Great story supplement to the main game, explore new areas of the hospital.

Much of the game is in total darkness and requires you to play in night-vision mode. There are a couple of areas where you can get stuck.

Expertly services the core game with both prequel and prologue story while serving up four more hours of pure terror.

I really wasn’t expecting any DLC for Outlast, but I’m sure glad they made some.   Whistleblower is not only one of the best DLC supplements I have ever played, it is also one of the best examples of how to integrate your DLC into the core game in a way that fleshes out what you have already played and already know, as well as providing you with an entirely new and equally horrific experience.  If you haven’t played (and finished) the main game then you may want to stop reading.

You might remember in the opening sequence of Outlast you were playing Miles Upshur, an investigative reporter who was looking into the Mount Massive Asylum at the request of a software engineer, Waylon Park,  who was working for the Murkoff Corporation; an evil company who has been conducting sinister experiments mixing science and religion.  In this DLC you will be playing as Waylon, and in the very opening sequence he is typing up the very email that Miles was reading in the beginning of his game.   Waylon then goes about some routine duties as we are witness to events that take place prior to Miles arrival but that he ultimately encounters in his own end-game moments. 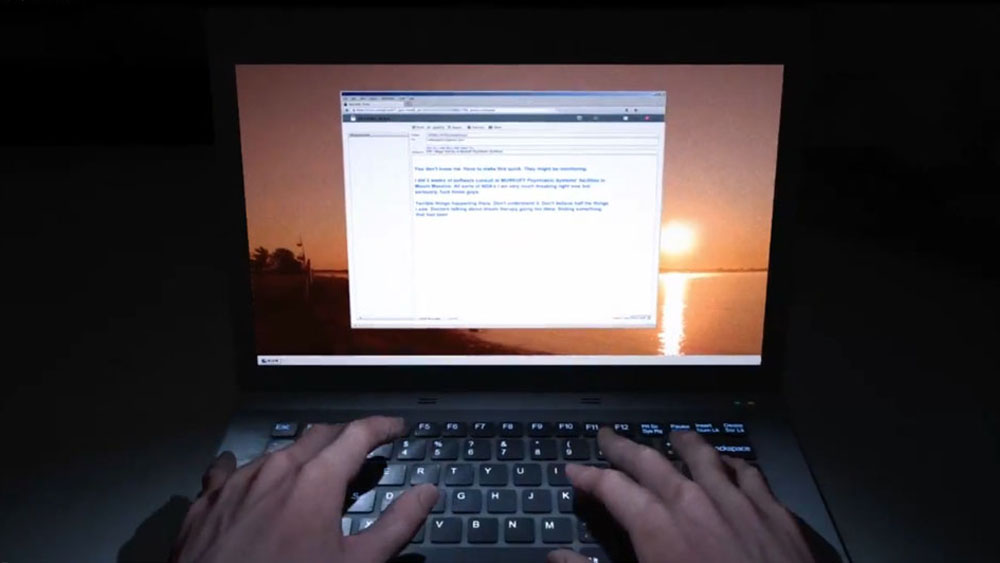 Waylon’s treachery does not go unnoticed and he is detained by security and tossed into the asylum with all the other psychos.  From this point on the game plays much like the core Outlast game with some notable changes in scenery and characters, but overall your goal is the same – escape the asylum.  There seems to be more outdoor locations in Whistleblower; some that take place in thick fog that make your night-vision camera mode blindingly useless.   There are also more areas of total darkness that require constant use of your camera and numerous batteries.  Thankfully, these are generously scattered about the facility along with numerous documents and your own personal notes that you scribble down while viewing certain scenes through the camera.

The game is decisively broken up into two parts, each with their own main protagonist/boss, and as always, you cannot fight back but are forced to run, hide, and sneak around in the dark as much as possible.  The story takes a turn for the truly twisted in the final act with a bunch of bloodthirsty redneck hillbillies that had me flashing back to Texas Chainsaw Massacre.  You will bear witness to some of the most horrific scenes of grotesque violence in my 30+ years of playing video games and watching R-rated films.  This is the stuff that nightmares are made of, and it only gets worse when you become the target of some twisted fantasy family desire and find yourself strapped to a table saw for an impromptu sex change operation. 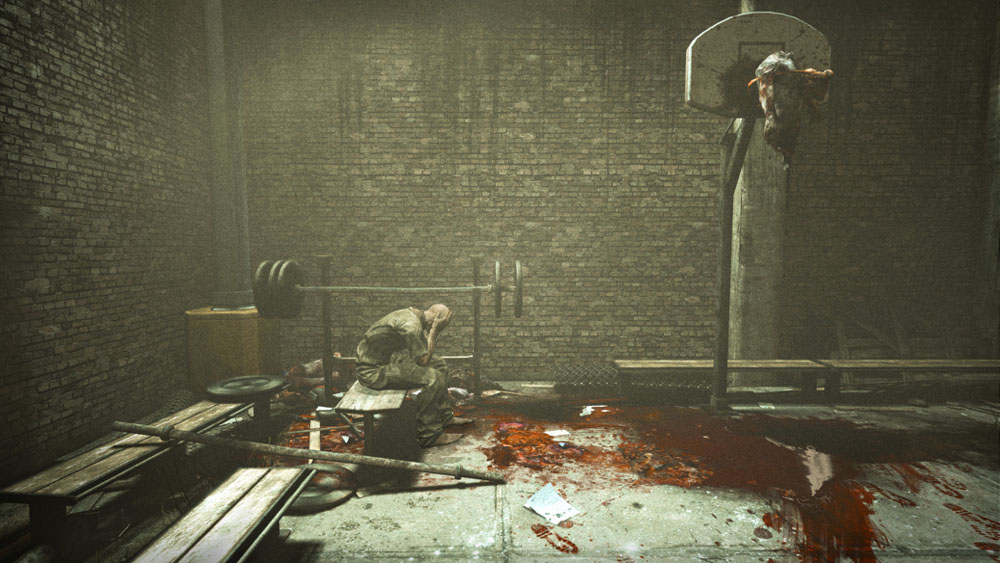 As with the original game, the visuals are outstanding in those rare moments where you get to appreciate them.  In my own laziness (and not wanting to miss out on any camera notes) I pretty much played the entire game through the viewfinder of my camcorder, which lends itself to some added image grain.  Using the night-vision mode is required for at least 85% of the game, so plan on getting sick of seeing green filtered environments after a few hours.   The sound design is just as horrifying as the original game, perhaps even more so with the non-stop banter of the inmates that populate the hospital, and by banter I mean incessant “taunting”.  The music will send chills down your spine and the sound effects will have you looking over your shoulder (both in the game and in your own living room).

Whistleblower adds a solid 3-4 hours to the core game and is worth every cent of the asking price.  I loved the way the DLC starts off with events prior to the main game then moves forward so you witness key moments during Miles’ exploration of the facility.  You’ll visit some of the same areas that Miles explored, only before he gets there, so things are a bit different – like a certain bit of unfinished graffiti directing you down a hole.  Ultimately, the game finishes after the events that took place with Miles and comes full circle with a highly satisfying ending.

I can’t recommend Outlast: Whistleblower highly enough.   With the exception of two troublesome areas in the game – one midpoint and one near the end – the DLC is as close to perfection as it gets, both in storytelling and giving you more of what you want…and maybe a few things you didn’t.  Prepare to be terrified…

If you don’t have the courage to play Whistleblower by yourself you can watch as GC Live plays the DLC in our two-part live stream show. 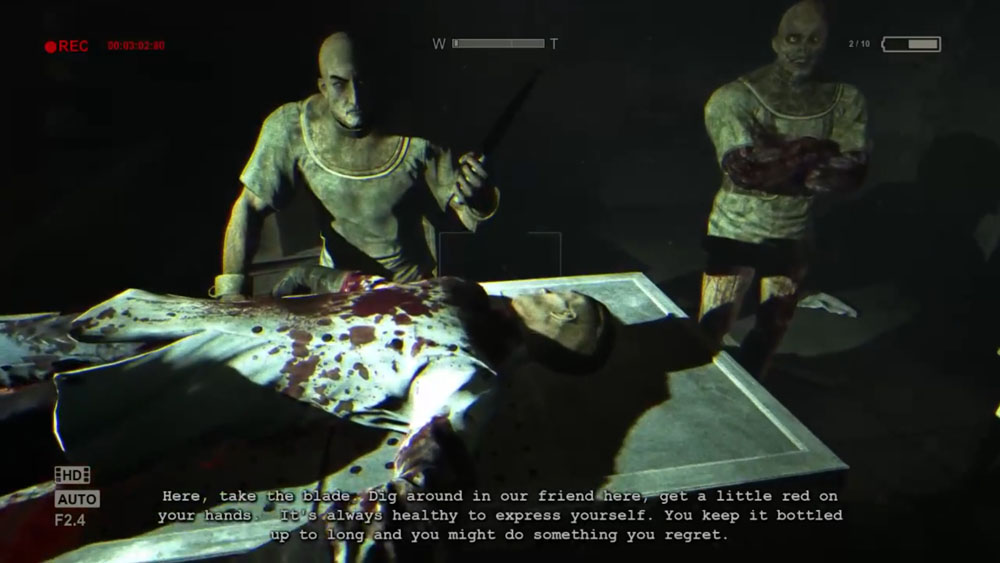 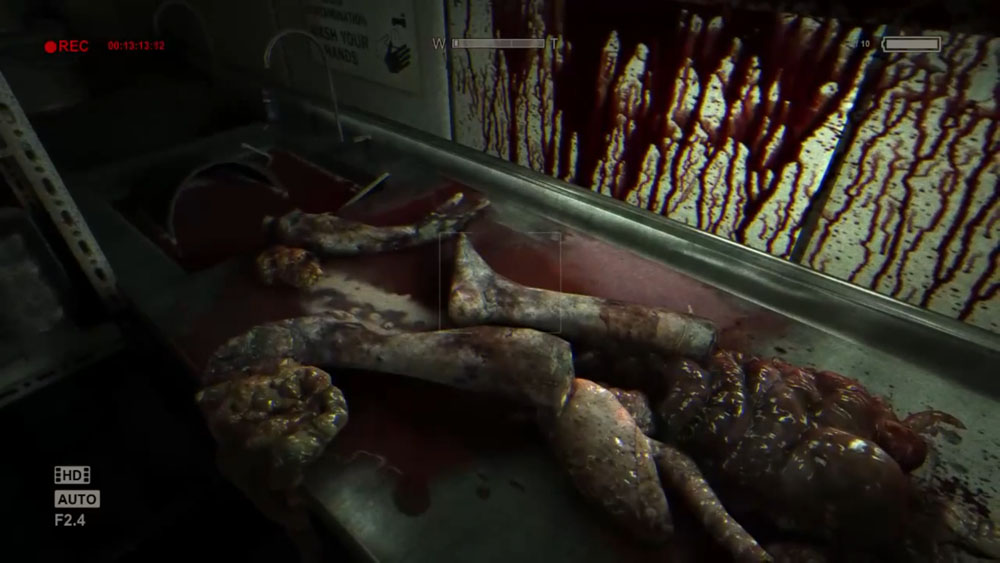 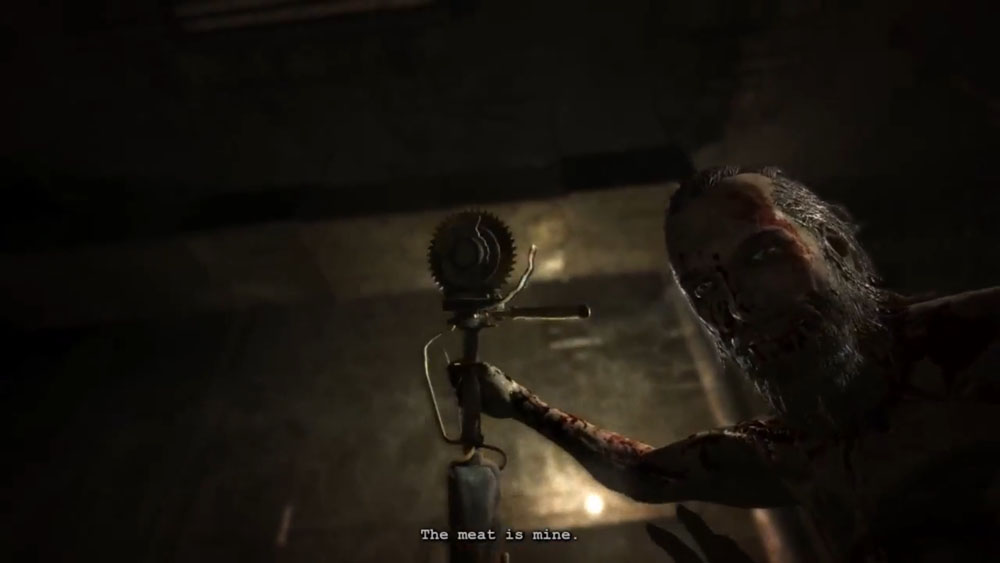 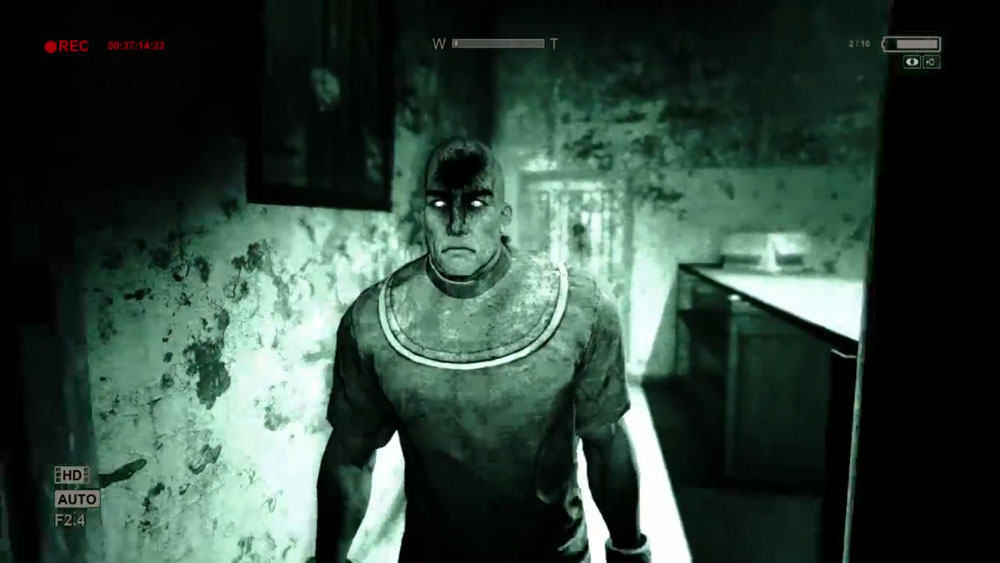 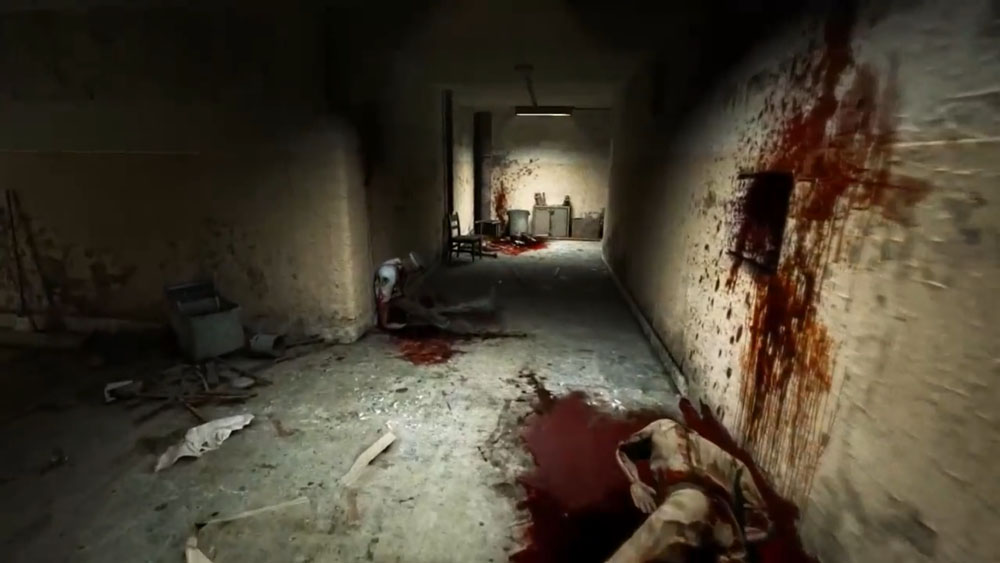 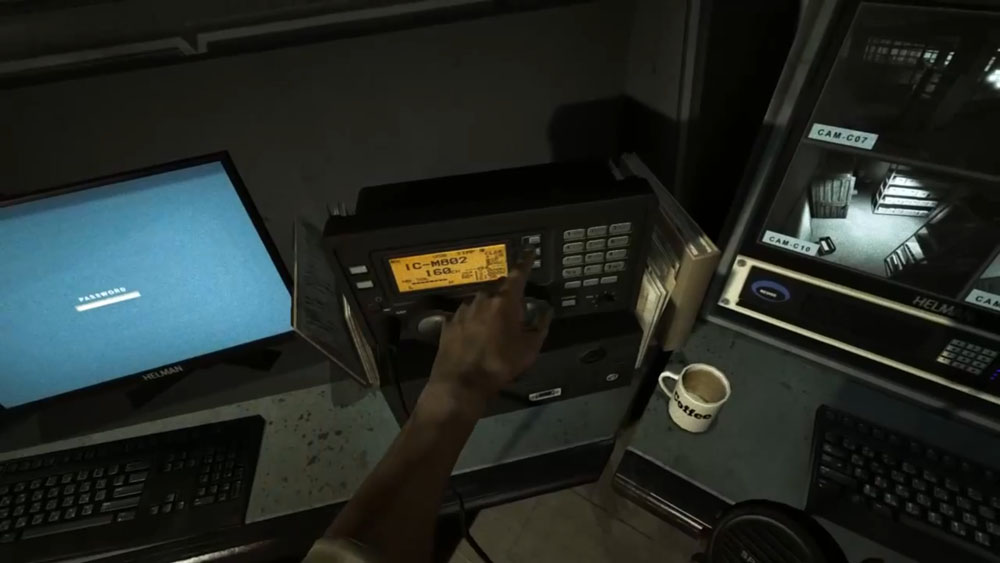 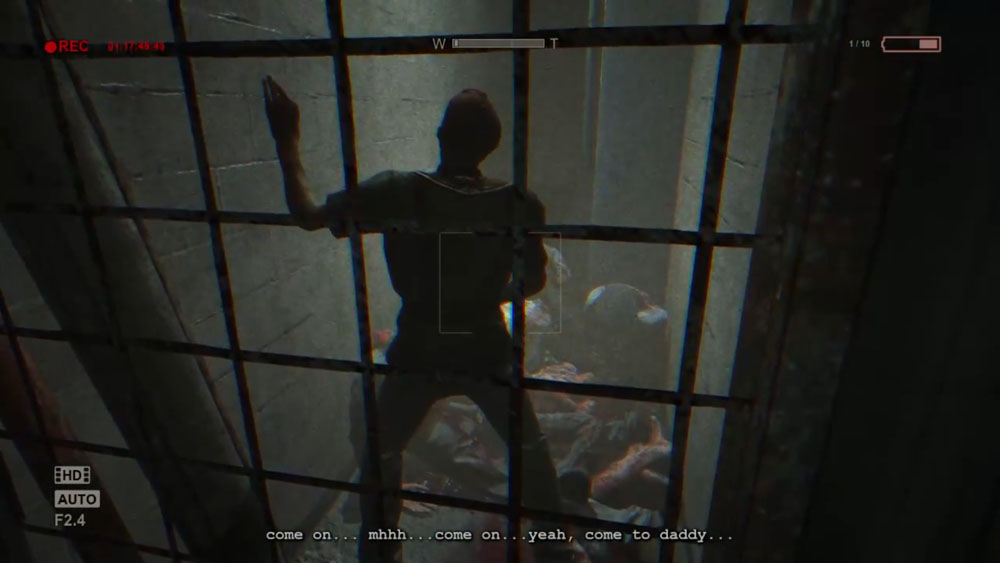 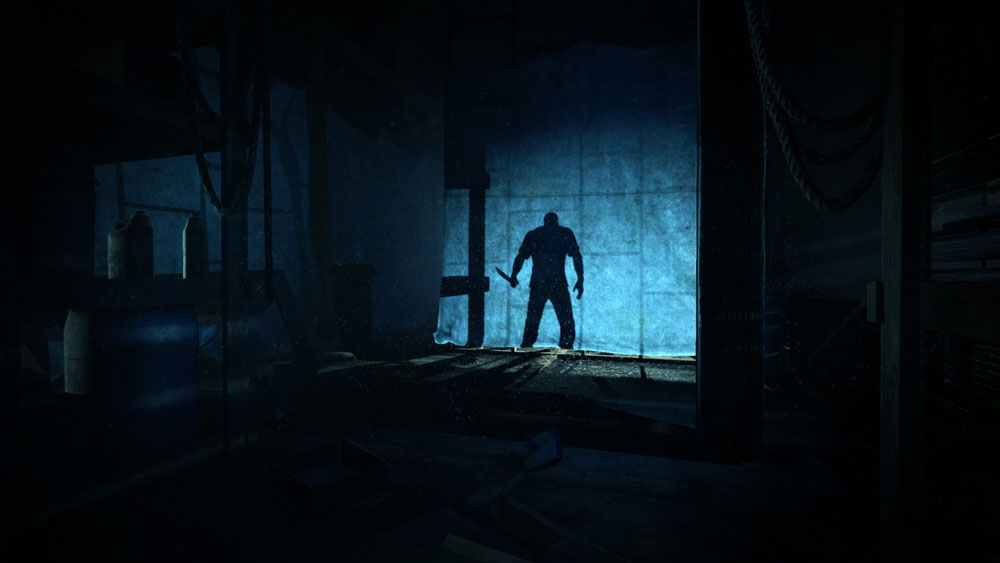 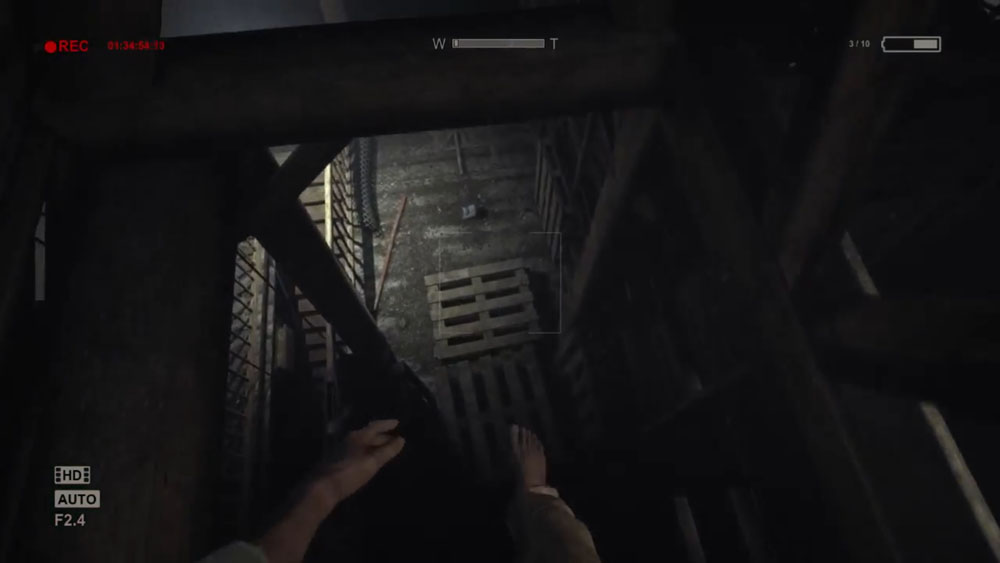 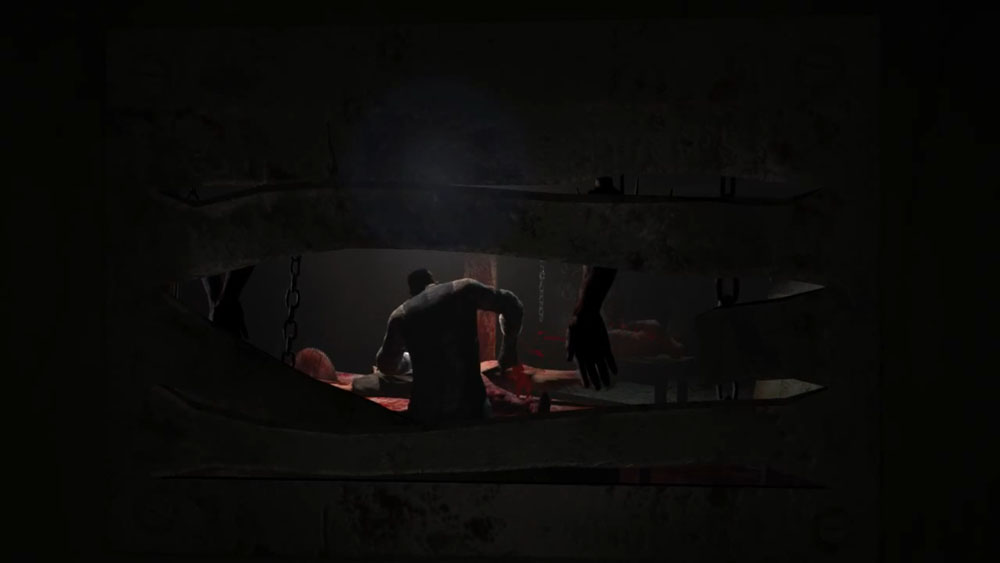 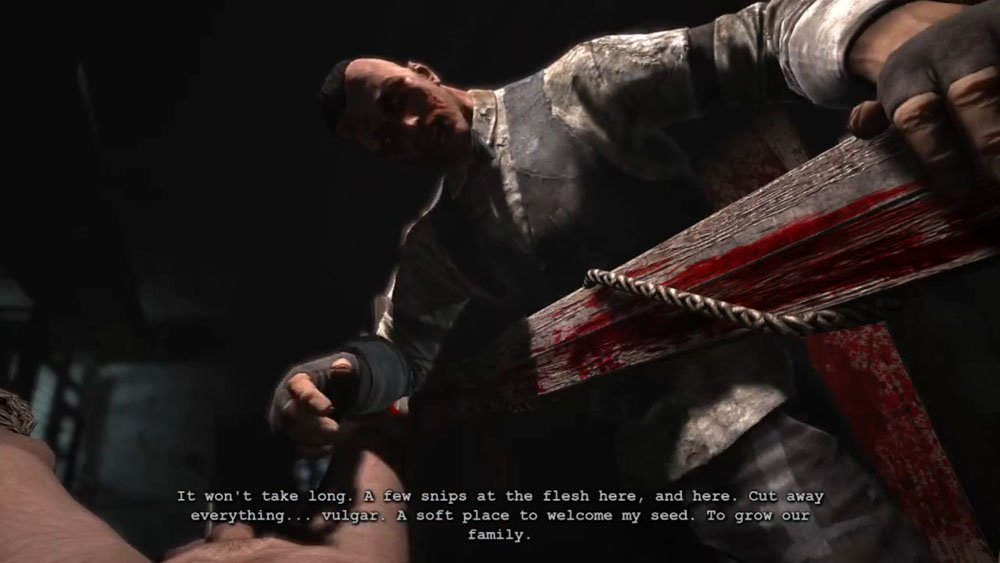 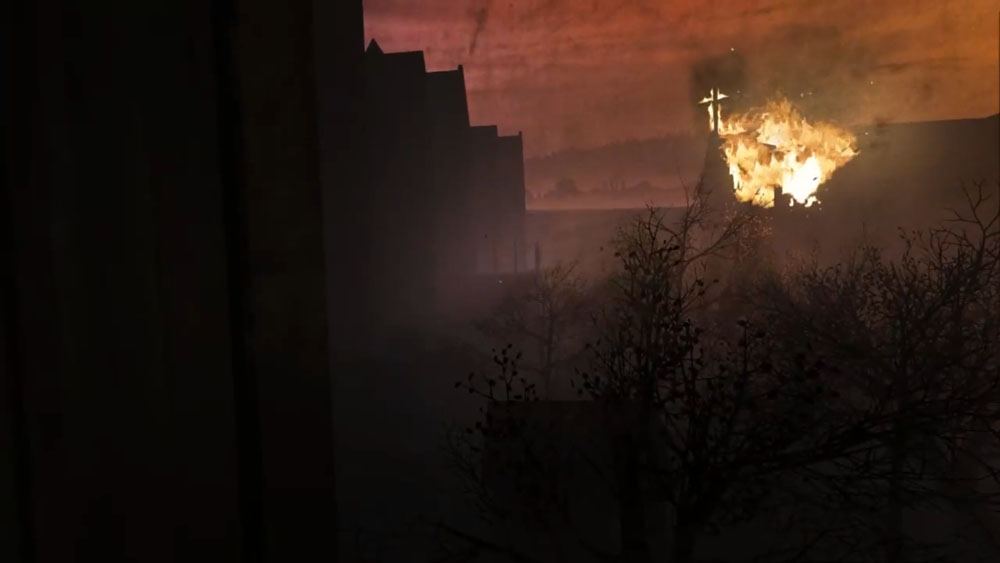 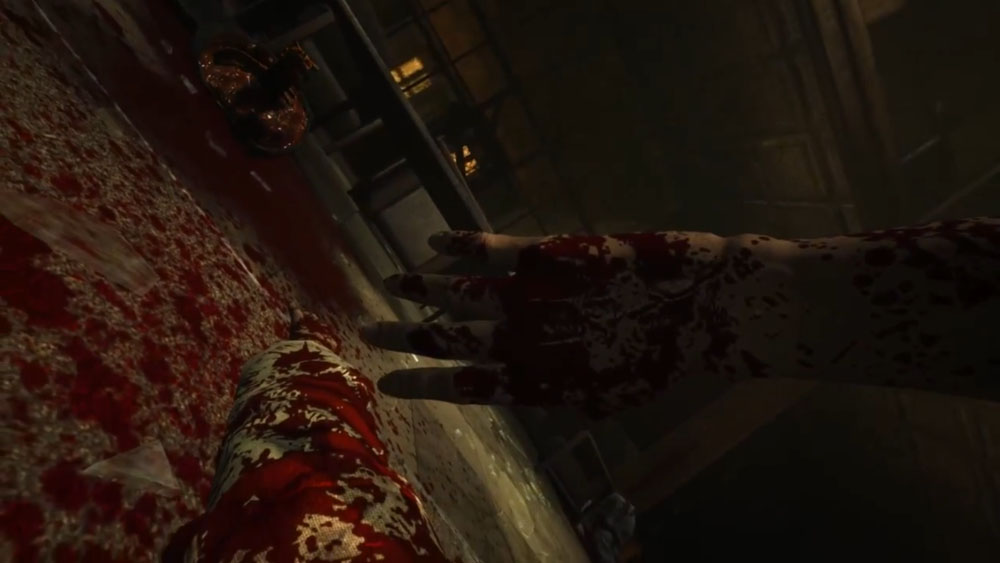 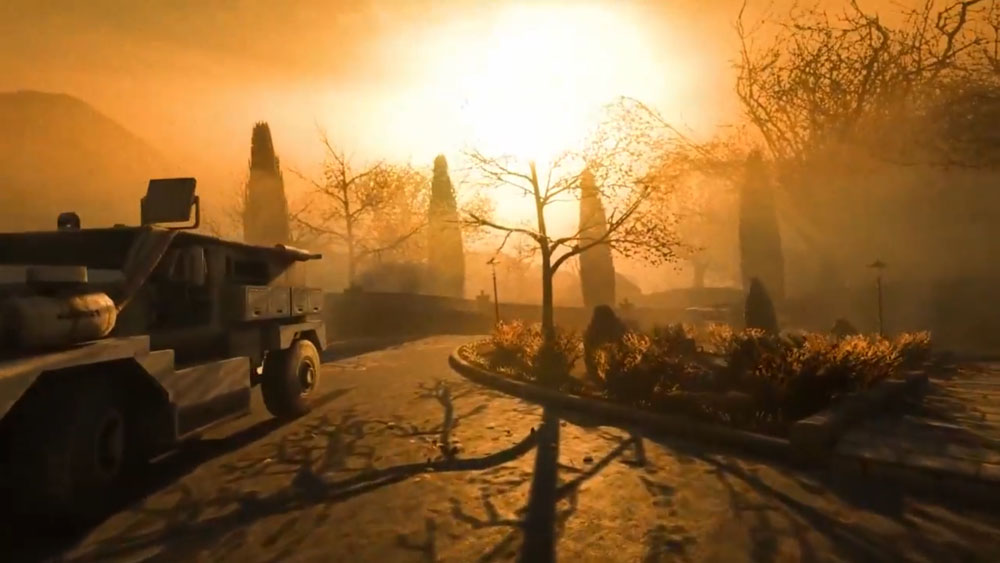