Out of the Park Baseball 20 Review – PC 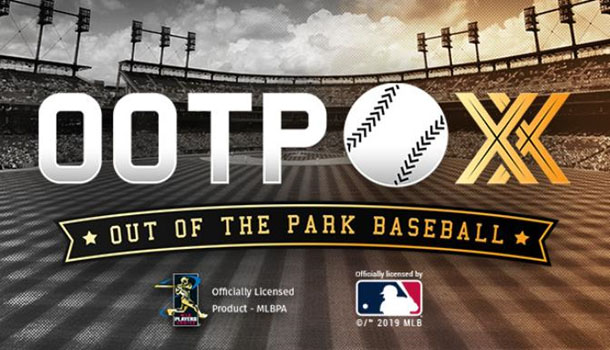 One of the best virtual baseball experiences available

Each year, as the days get longer and the weather gets warmer, the latest version of Out of the Park Baseball appears on my laptop and gives me the chance to once again guide my beloved Montgomery Biscuits to minor league baseball glory. Montgomery, Alabama is a place that I’m not likely to visit in the near future, and the Biscuits are a team that I’m not likely to watch in person, but OOTP gives me the opportunity to become intimately familiar with a group of virtual players that are entirely capable of delivering true joy or desperate heartbreak with a few clicks of the mouse.

Each year that I play OOTP, I comment on how good of a job the game does at giving you a sense of ownership over your players. It’s unnecessary to go into depth about this again, but rest assured that it’s still the case, and I spent a number of evenings cheering for and cursing at so many different names that my wife thought that I had a new group of imaginary friends. What’s more, the better that you do with a particular team, the more chance you have of being approached by a larger organization, and it can be genuinely difficult to decide whether you want to leave your current group of players behind for a chance at further glory. If you do leave, I can almost guarantee that you’ll check up on your old team and organization throughout the course of your career, and you’ll get a small spark of delight when you see someone you used to manage do well. 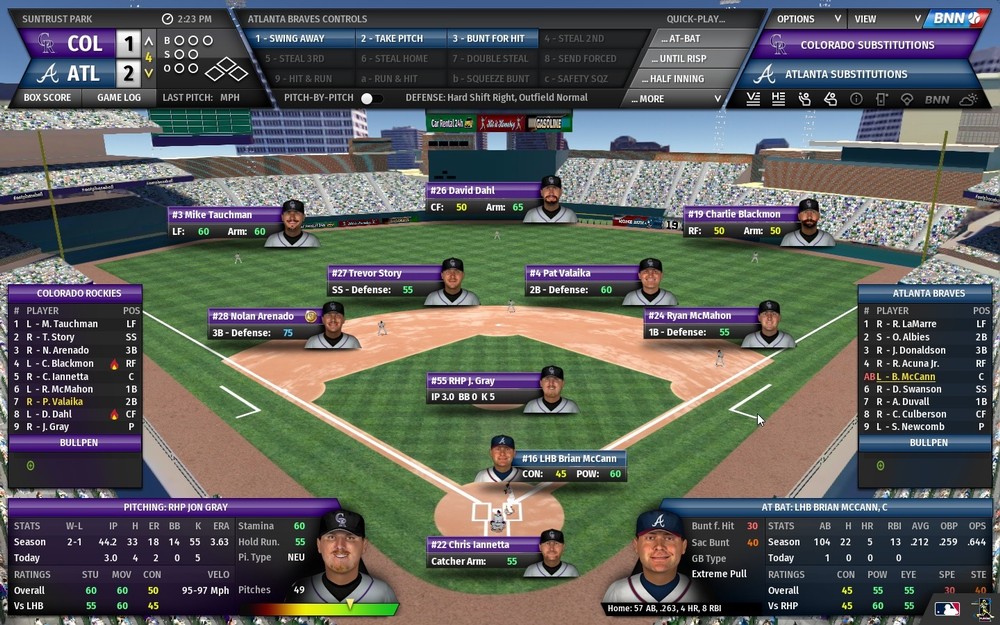 For OOTP 20, the developers have introduced a number of changes and additions to the game that promise to build on what has come before, with the objective of making the OOTP series feel closer to the real-world experience than ever.

Perhaps the most interesting addition is the inclusion of live services, where rosters, stats, standings and player ratings are updated as the real-world season progresses, meaning that at whatever point of the season you start up a game, OOTP 20 will have the most accurate reflection of the real-world that it possibly can. I know that there are certain other sports games, such as FIFA, where I will hold off on starting a management career until their twice-yearly roster updates come out, so the fact that rosters and stats are being constantly updated in OOTP means that whenever I decide to jump in, players will be where they are supposed to be, both ability-wise and in terms of rosters.

The other major focus within this year’s release is an increased focus on Perfect Team, which is the OOTP series’ take on the popular card-based modes from other sports games. On a personal level, I find this focus a little concerning, as the more casual games such as FIFA and NHL seem to suit this type of game mode a little more, and that in-depth management simulations such as OOTP occupy a different space in my gaming library. I come to these types of games with an approach that relies on research, deep diving into rosters and building a familiarity with a game world, not a reliance on chance and the hope that a particular pack will contain a player that you need. Despite my hesitations, it does appear as though Perfect Team is well built, and the availability of historical players from throughout the history of professional baseball means that there are some intriguing possibilities for team building. 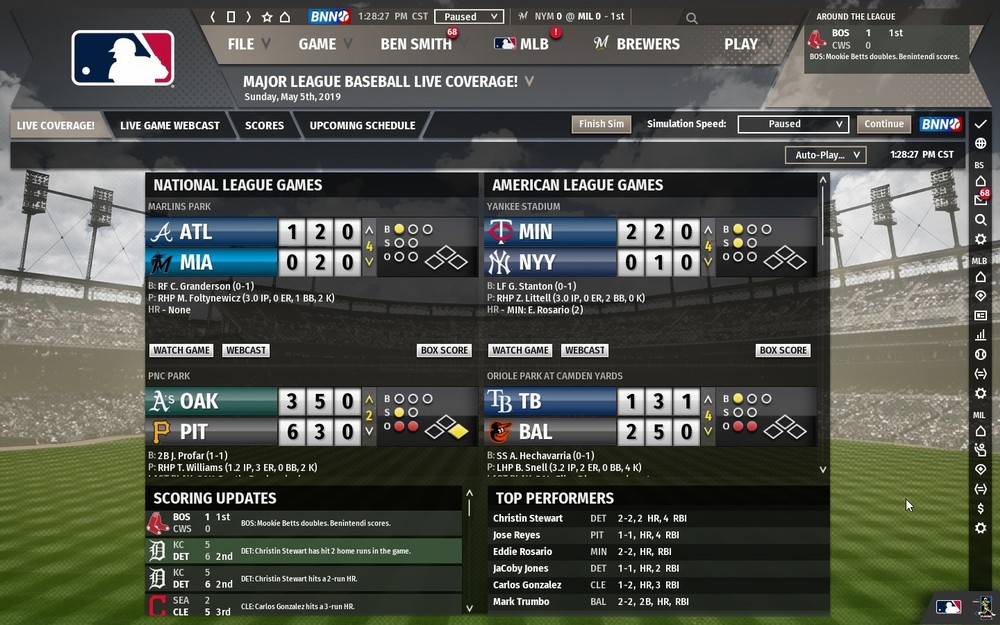 Below the surface, OOTP 20 boasts a number of new strategic options, and improved AI related to trades, scouting and contracts, but these feel like the kind of changes that will begin to appear over many hours spent with the game, rather than as games just begin. A lot of the nuances within games such as OOTP only really begin to reveal themselves after you feel as if you’ve seen everything there is to offer, and even then you could play for weeks or months and still have surprises pop up every now and then. Rest assured, there is plenty of content within OOTP to keep you busy for the duration of the baseball season, especially with the addition of live updates.

Out of the Park Baseball 20 is a solid continuation of the series, and though some fans may find that the upgrades to this year’s addition aren’t as substantial as in previous years, there’s still enough here you keep players busy for months. I’m a little concerned about the focus on the card collecting Perfect Team mode, but considering that the standard management experience is still as good as it is, it feels like this is more a concern for the future than the current release. If you’re in the market for the first time for a baseball management simulation, or if you’re a longtime fan of the OOTP series thinking of an upgrade, then you’ll be pleased to know that OOTP 20 is one of the best virtual baseball experiences available. 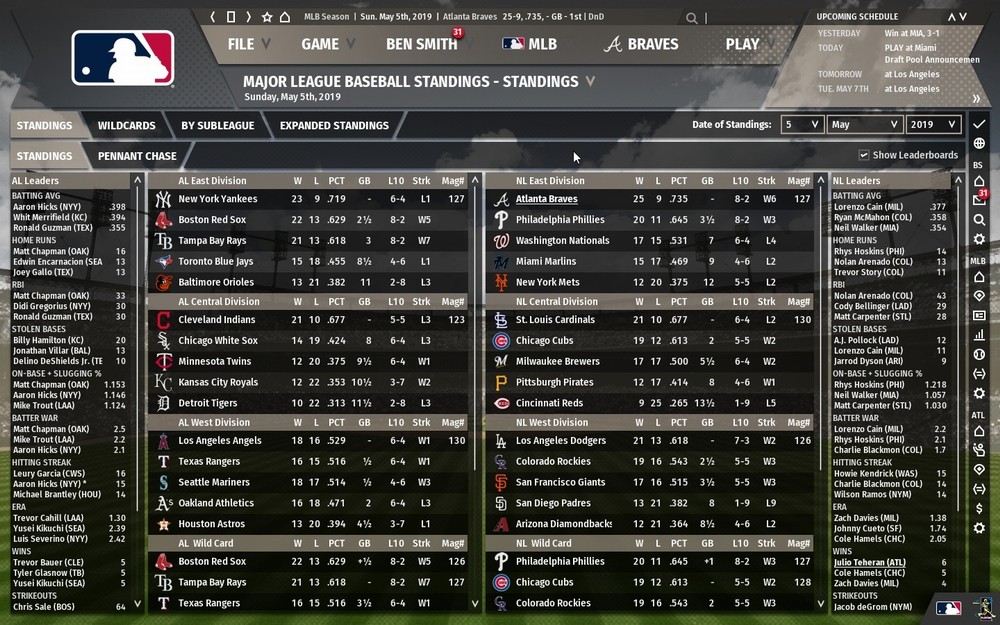 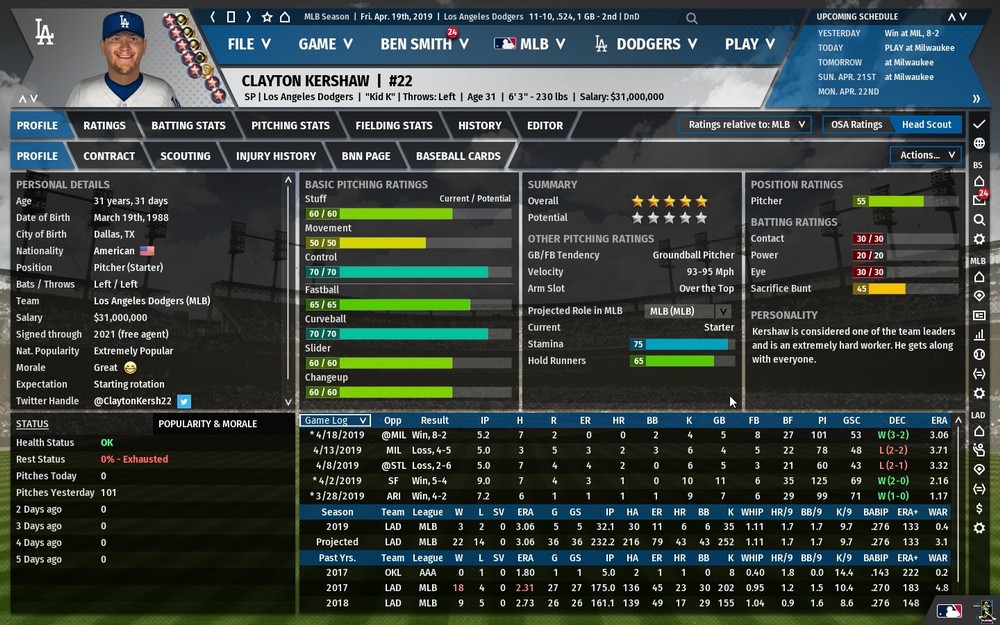 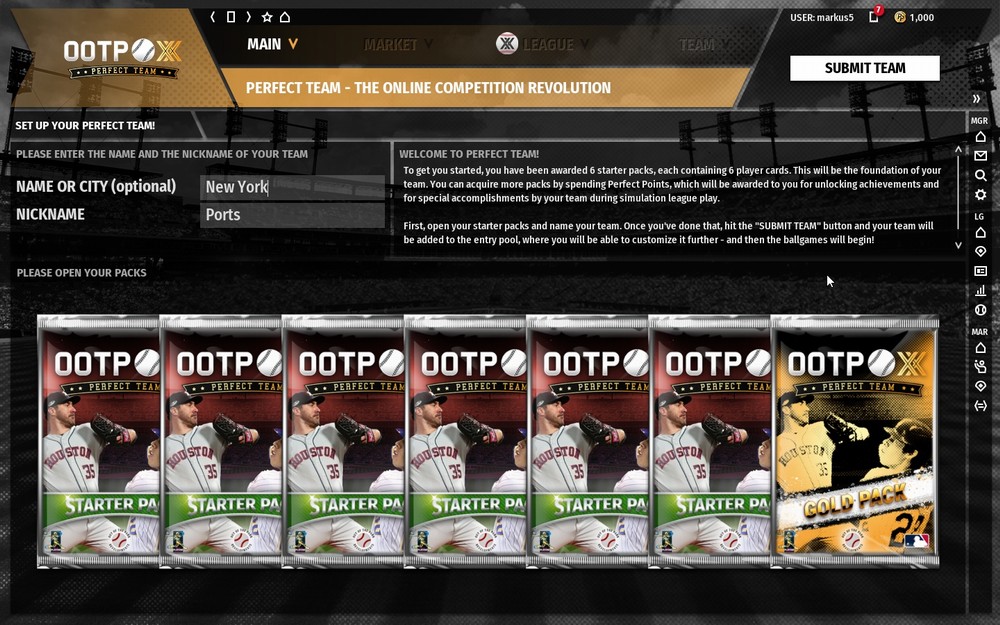 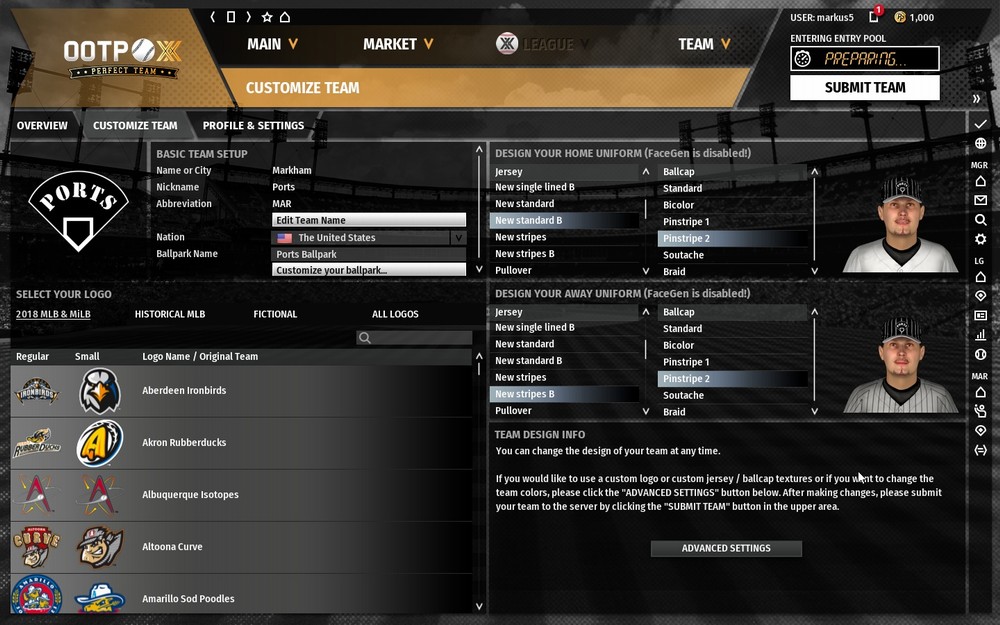 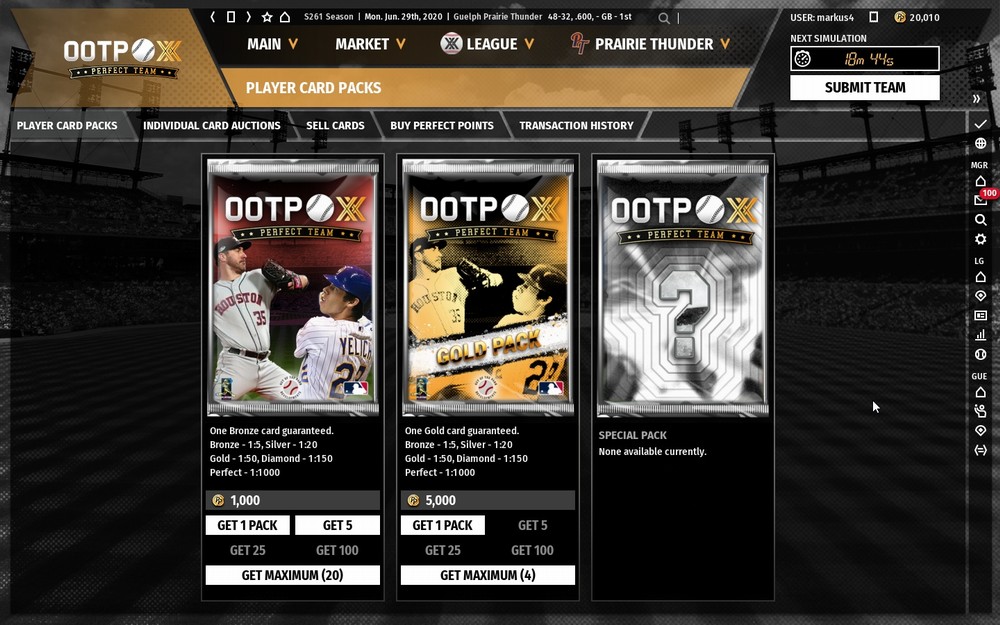 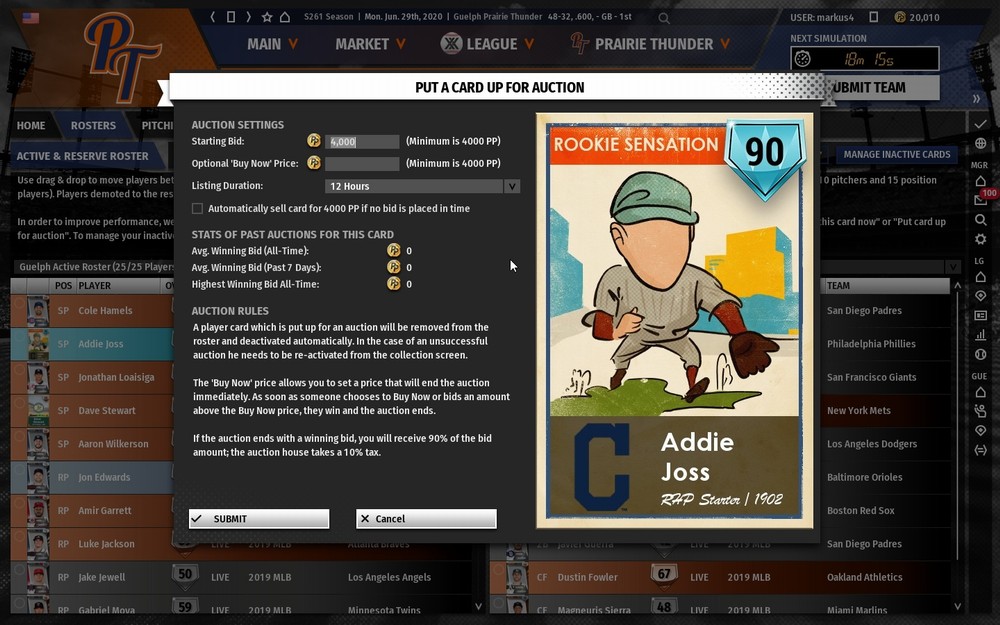 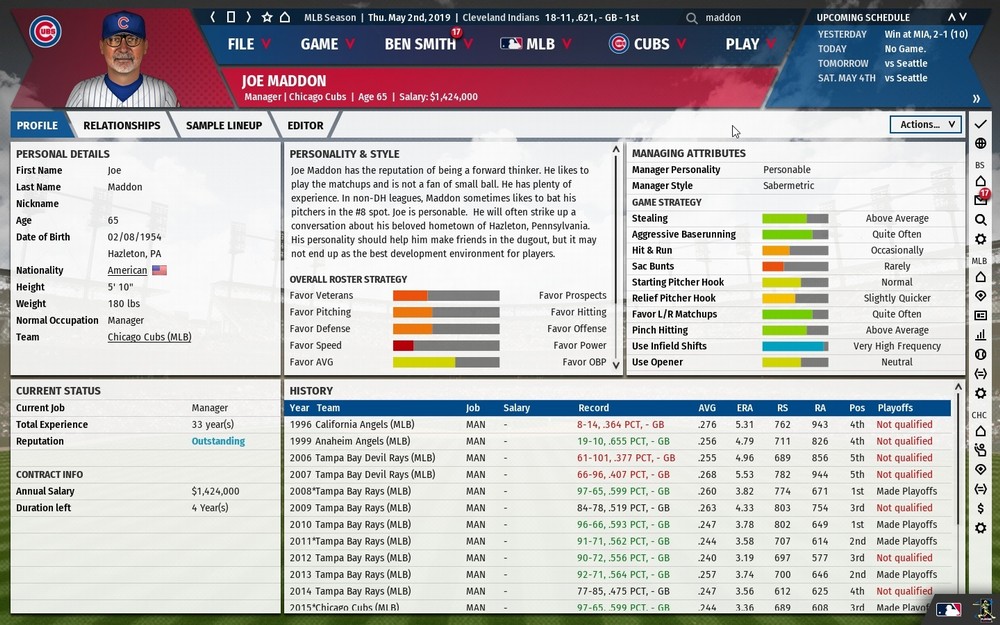