Out of the Park Baseball 19 Review – PC 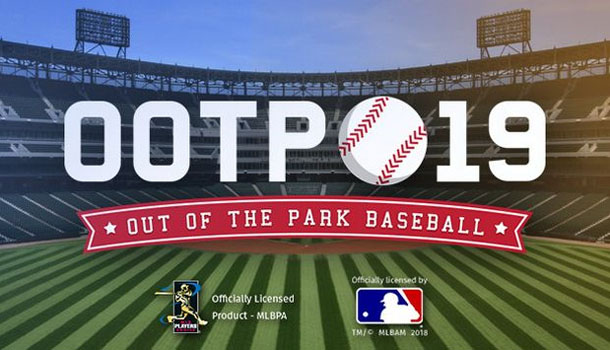 - Still could be overwhelming due to sheer amount of information

As close as you can get to managing your favorite team without actually getting hired.

With the coming of longer and warmer days (in the northern hemisphere, at least), comes the opening of the baseball season, and hot on the heels of the real-life sport comes its virtual counterparts. Out of the Park Baseball is a series that has existed for close to twenty years, and has now released its title for the current season, titled Out of the Park Baseball 19. Boasting unparalleled authenticity and a depth of experience that can rival any management simulation, OOTP 19 is enough to keep any aspiring baseball coach or GM happy throughout the regular season and into the playoffs.

In previous years of reviewing the Out of the Park series, I’ve mentioned that while the game itself is well made, it may well be a little intimidating for newcomers to the sport, the genre or the series. This is due to the sheer amount of information present in the game, and how many different screens and numbers that a player is required to look at at any given time. While this is still true for the current version, which will please veterans, there are also plenty of options that will encourage those who have previously been scared off. Like previous incarnations, there are many options to customize what elements of management you’d like to take control over, meaning that the AI could handle much of the minutiae if you’d wish. What I found to be the biggest change, though, and the largest proponent of accessibility, was the addition of a 3D match engine, which allows players to view their team’s games in the most realistic manner yet for the series. 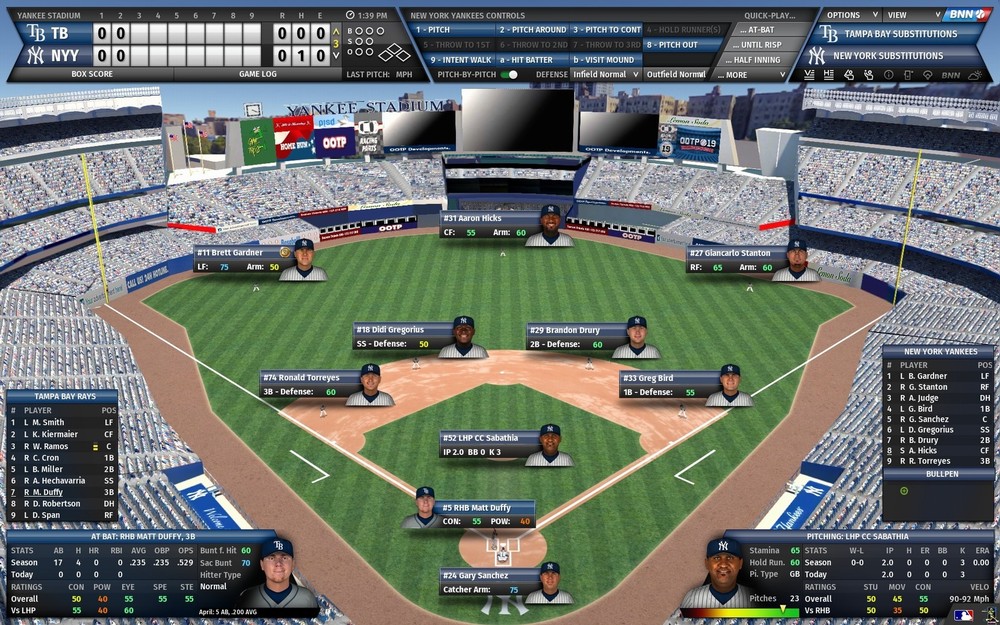 This new 3D engine presents both ballparks and player models, fully visualized to create a game-day experience that is much closer than 2D visualizations, and allows you to see the fruits of your management labor play out in either victory or defeat. Personally, I interpret data much better when it’s modeled than when it’s presented as text, and I found the experience in OOTP 19 much easier to process than in previous titles in the series. For players who preferred the old style, though, there are still options to present games in that way, as well as the abilities to change which widgets are presented around the edge of the screen. These can provide you with scores from around the league, detailed information about your team or the team that you’re facing, and a whole host of other information.

This leads to the other strong point about Out of the Park Baseball 19, which is the fact that this is a game that allows to player to decide how it works. It may sound a little confusing at first, but this is an experience that can be customized to fit any player’s vision of how a baseball management simulation should be. Do you want a home screen with 4 pieces of information on it? Say, your next game, you current bullpen, your career summary and the current standings? That’s fine; OOTP 19 can do that for you. However, if you wanted 24 different pieces of information to be presented at once, allowing you to view every aspect of your club from a single screen, then you can do that too. You can easily change what information is presented, how much is displayed at once, and the depth of the information, all from a series of drop-down menus. This can be changed on the fly, too, meaning that if you realize you’re missing out on key feedback, then you can add that to your summary. 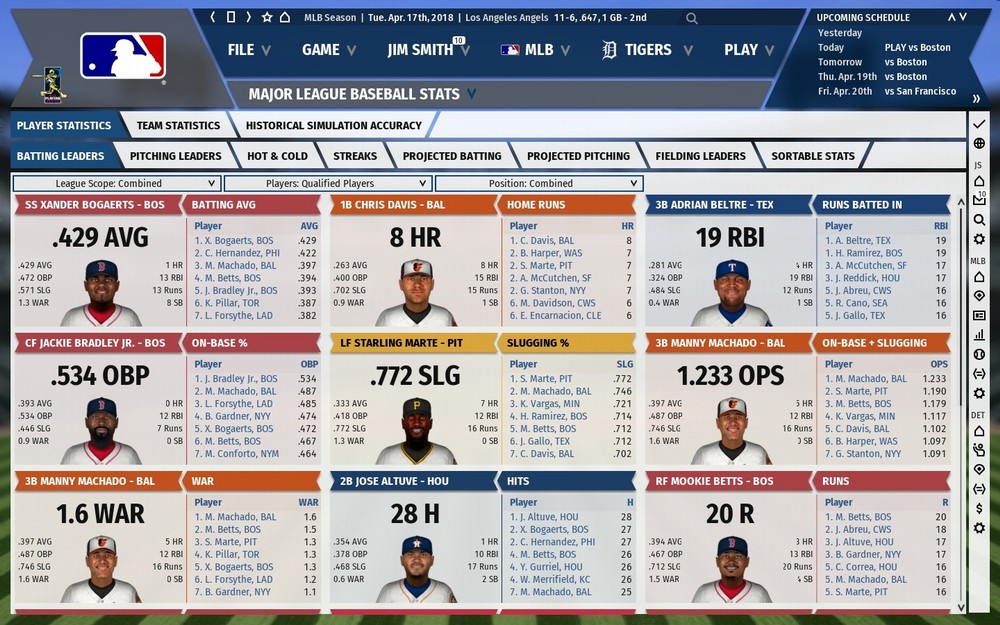 We’re currently experiencing a curious time in videogame history, where certain developers and publishers seem to be pushing their titles towards more of a service than a game, and where the concerns of gamers seem to be being heard less and less. In the case of Out of the Park Baseball 19, however, these worries couldn’t be further from the truth. This is an experience that you boot up, and instead of the developer telling you how to play the game, it puts all the tools in your lap, and gives you free reign to play as you wish. This is as close to a sandbox experience as a management simulation is likely to get. Obviously, your main goal is to manage a team to success and carve out a career for yourself, but how you go about it is largely up to you.

There’s accurate historical data for leagues that are close to 150 years old, there’s the option to make your own leagues, and there’s the choice to customize the base gameplay experience to play out as you’d like it to. This is a management game where you can manage the game itself as much as the teams within it, and for baseball fans, it’s about as close as you can get to managing your favorite team without actually getting hired. I have a passing interest in baseball, having grown up in the UK and not been exposed to the culture until a few years ago, but this limited knowledge still allowed me to have a great time with OOTP 19. In fact, playing this game has caused me to become more interested in baseball as a whole, and my partner and I are planning a trip to see the Montgomery Biscuits, my team throughout the OOTP series, solely due to my time spent with the game. This is an excellent game that will easily eat up hours of your day, and I would strongly recommend it to any baseball fan, and any fan of management simulations in general. 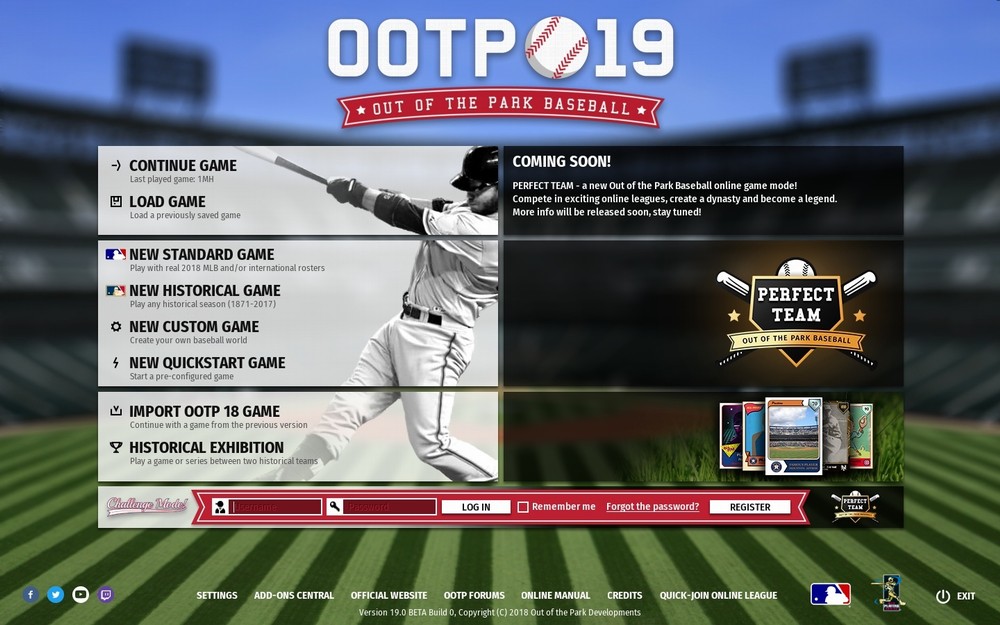 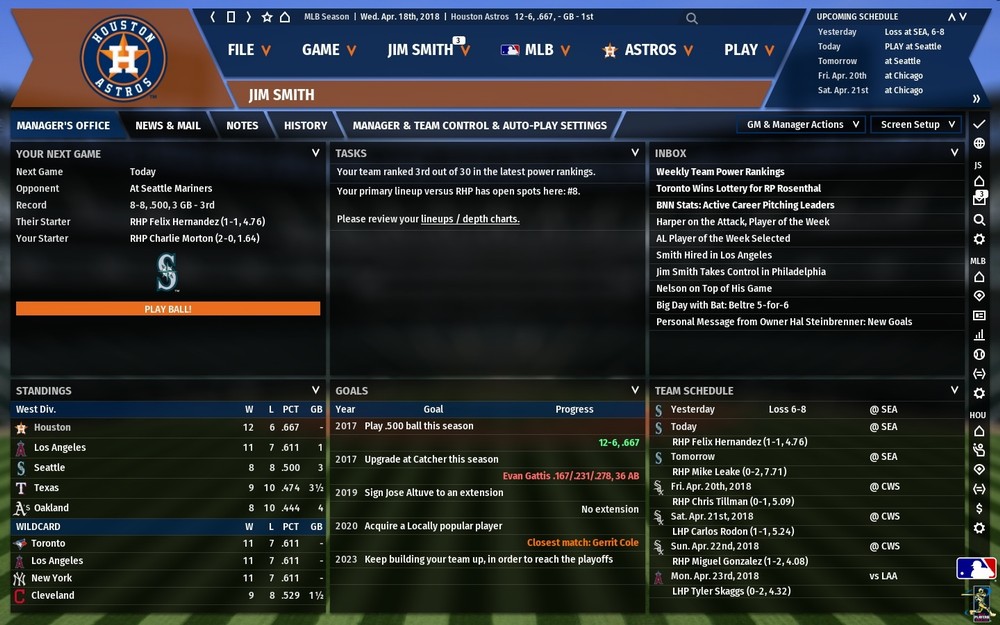 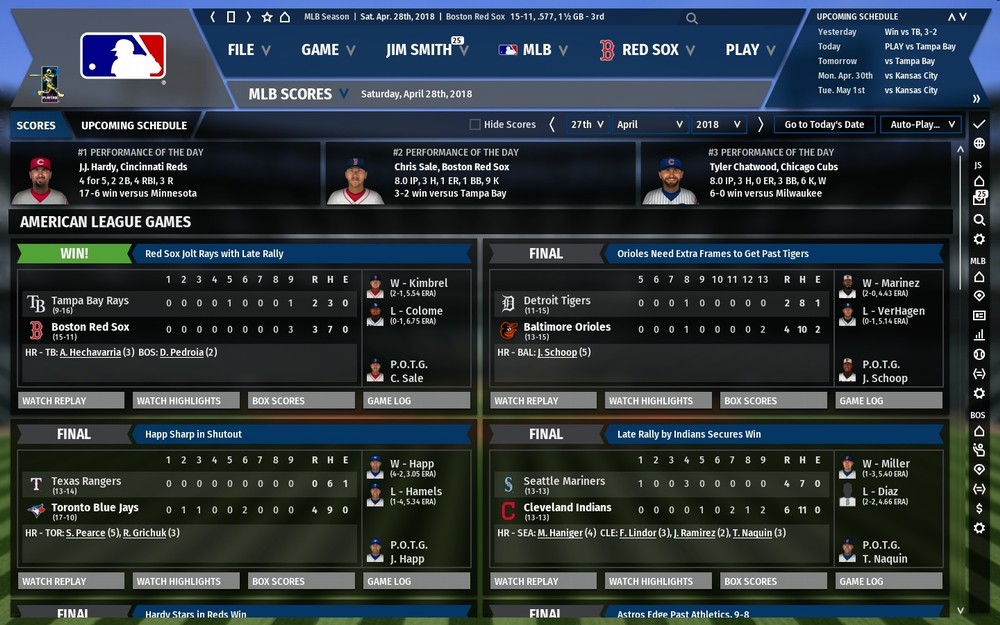 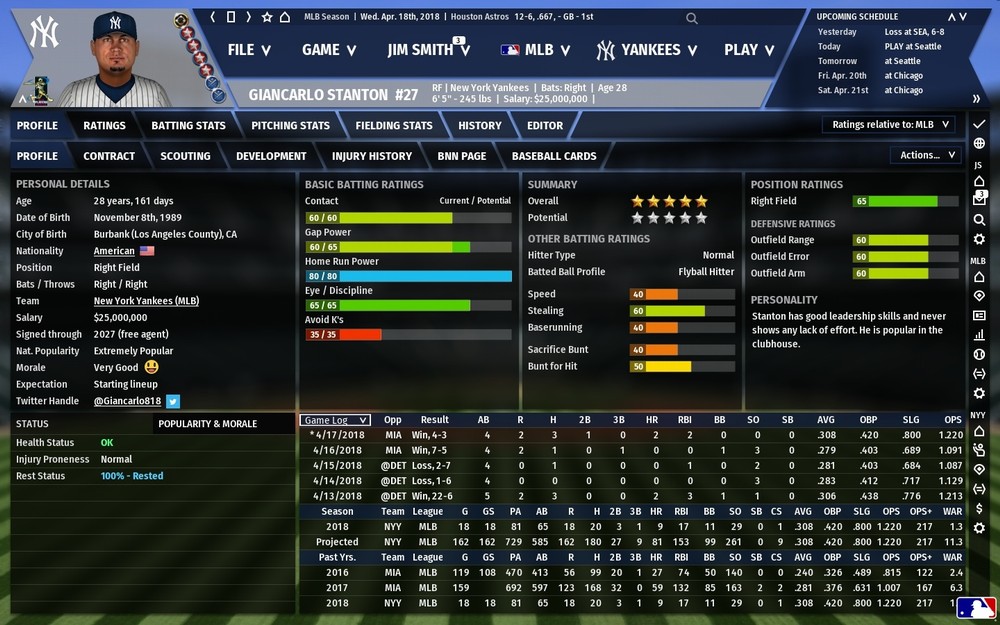 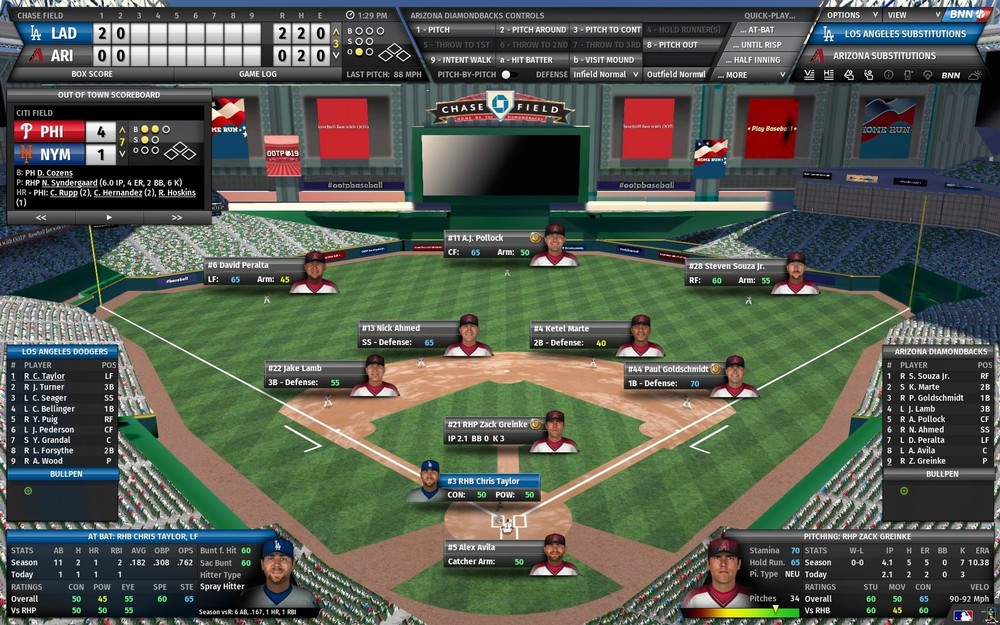 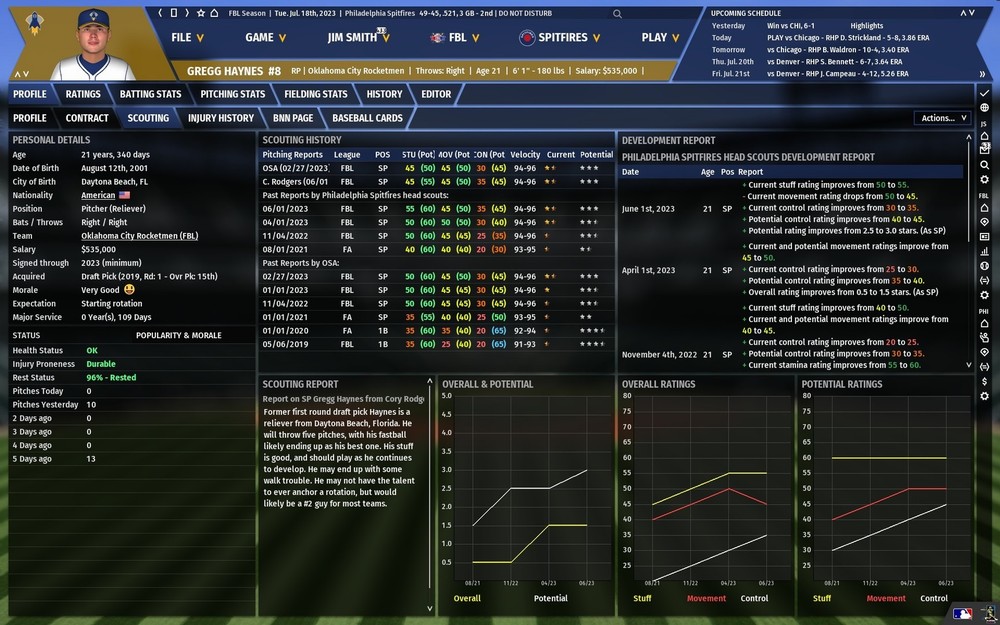