Out of the Park Baseball 18 Review – PC

Plenty here to engross baseball fans, with a depth that is unrivalled in most videogames.

When I reviewed Out of the Park Baseball 17, around this time last year, I praised the game for its depth of content and extensive customization options, but warned that the experience could be incredibly overwhelming for newcomers. Now, with the new MLB season just around the corner, OOTP 18 has arrived, bringing with it updated rosters, new modes, and a whole host of content ready for the new baseball season.

Frankly, I could direct you to my review of last year’s OOTP title, and the points that I made there would largely still stand. OOTP 18 is a huge game, one that baseball management fans could easily get lost in, and I found that my experience with the game was very similar to the one that I had last year. Developer Out of the Park Developments have once again done a great job attempting to introduce new players to the series, with an extensive video tutorial and wide-ranging forum posts and manuals attempting to detail the functionality of the game and aimed at easing newcomers through the overwhelming first few hours and days of managing your own baseball team 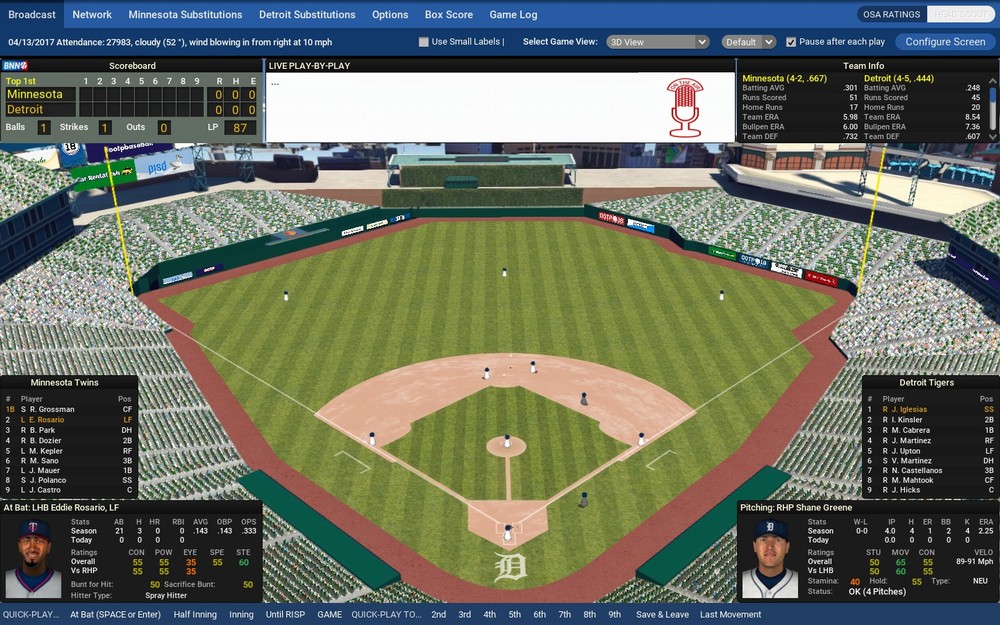 Once again, you’re able to start in the modern day, or choose any historical season to manage in, and this year brings the addition of the Negro Leagues from the early- to mid-20th century. There are also a lot of changes under the hood of the game to make the game flow better and to bring it more in line with a real-world baseball management experience, and the minutiae of the game has been tweaked to allow for more realistic results and off-season events. Honestly, I doubt that a lot of players will notice the majority of these changes, but from the lengthy list of changes provided to me by the developers, it’s clear to see the passion that they have for the sport and for bringing the OOTP series as close to reality as possible.

The biggest visible change is the inclusion of a Challenge Mode, which includes extra achievements and awards, and is aimed at streamlining the game experience while not taking away from the immersion of the game. As with the rest of the game, this can be heavily customized, from choosing scouting accuracy and fiddling with finances, to completely fictionalizing teams and even making your own leagues. Out of the Park Baseball encourages players to play the game how they want it to be, whether it’s as accurately as possible, or whether they want to create their own leagues, their own teams, and their own players. 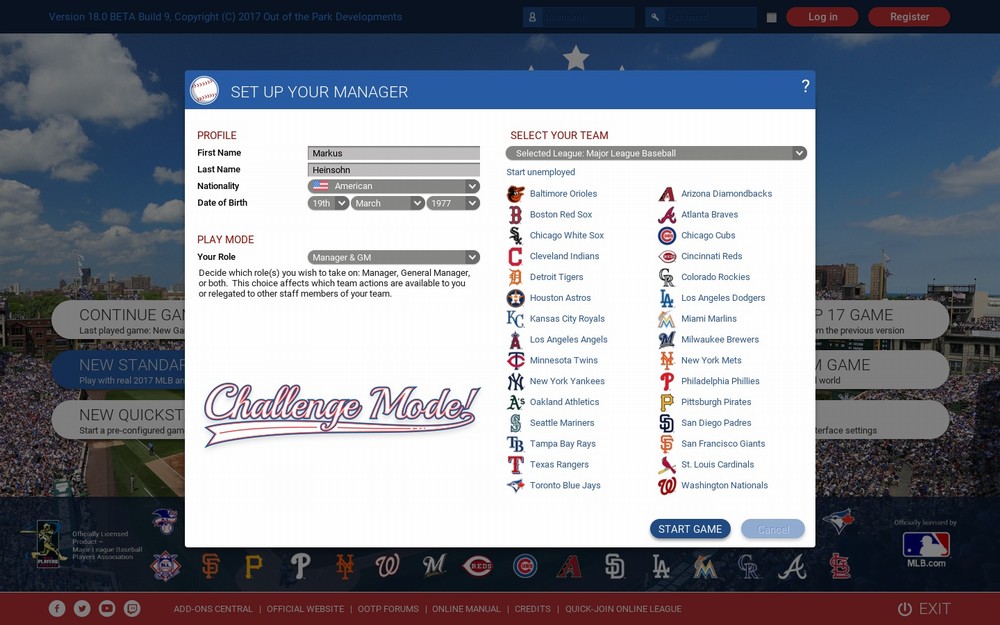 OOTP 18 is a game much like Marmite, in that you’ll either love it or you’ll hate it. Chances are you’ll know the answer to this question after less than an hour with the game. There’s plenty here to engross baseball fans, with a depth that is unrivalled in most videogames. This depth comes at a cost though, and despite the developer’s best efforts at making the game as welcoming as possible, it still feels for a lot of the time like you’re swimming against the tide in the deepest part of the ocean if you’re one of the uninitiated. Similarly to last year’s game, this is a title that rewards those willing to stick with it, but it’s most difficult hours are definitely the first few, and that’s where it’s likely to lose a lot of people. 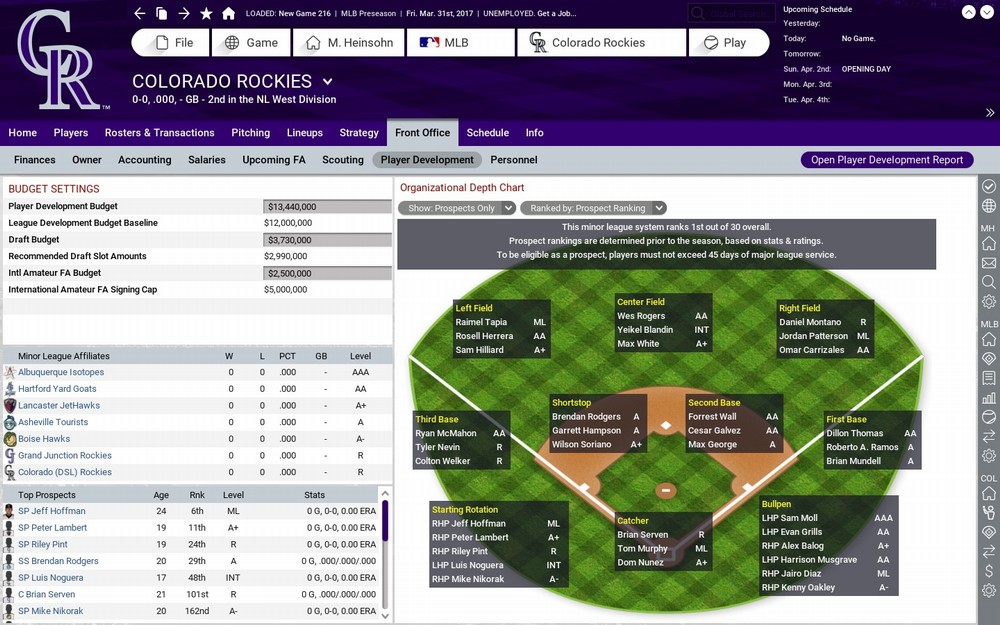