Out of the Park Baseball 17 Review – PC

- Incredibly overwhelming for the newcomer

Perfect for armchair statisticians who love to crunch the numbers.

I’ve never really played a baseball management simulation before, so being handed Out of the Park Baseball 17 for review was initially a little daunting. However, I have played more that my fair share of the Football Manager series, and I was relieved to discover that OOTP plays in a fairly similar manner. Much of OOTP consists of staring at screen packed with data, whether they’re displaying team stats, individual player’s abilities, or scouting reports on potential new signings. If you’re looking for flashy visuals or have a short attention span, Out of the Park Baseball 17 likely isn’t for you, but if you’re willing to spend at least a couple of hours at a time with your team, then chances are that you’ll find a lot to like.

The first thing that struck me with OOTP 17 was the sheer amount of information to take in each time you load up the game. Upon reaching the main menu, you’re reminded that there’s a ton of user-generated help available, should you need it. This ranges from an online manual and video tutorials to a number of forums, all of which are designed to help players, from newcomers to the series to the more experienced player who may just be looking to improve their chances of success. There’s also a handy management home screen, which is divided into a number of sections (which can be changed), informing you of upcoming games, any important tasks you need to complete, any mail you’ve received, and much more. 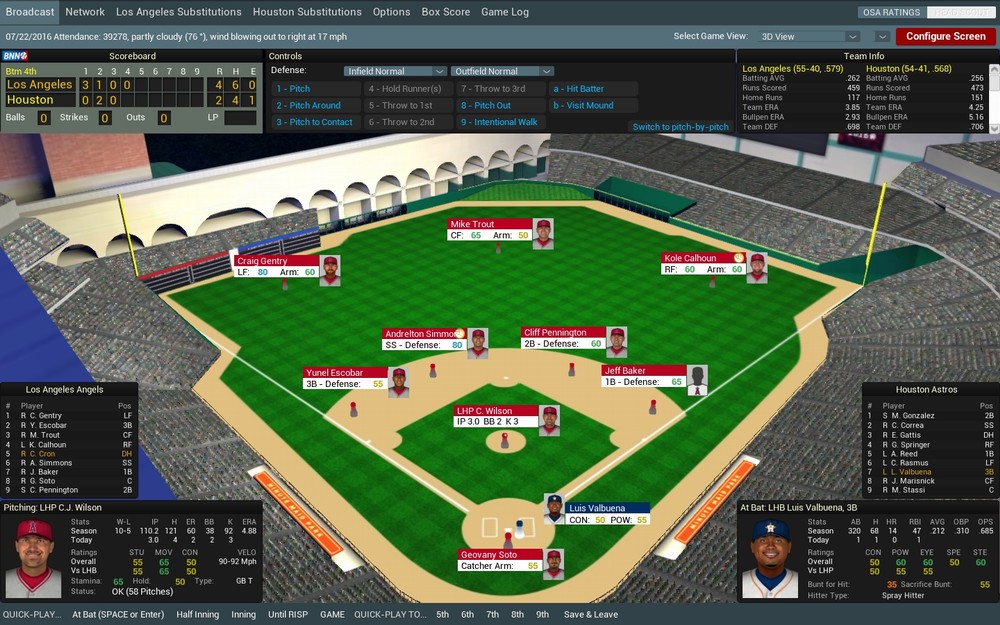 Out of the Park Baseball 17 seems to be designed to let you play the game that you want to play. You’re given the initial choice of playing the current MLB season, or choosing an historical season to play through, from 1871 to 2015. These seasons are grouped into eras, with a brief summary of the major happenings of each era informing you of the heavy hitters and big players of the time frame. You’re even able to create an individual game between various historical teams, or customize a league to allow different teams from different eras to compete against each other over an entire season. For a baseball historicist, this is a fascinating option to have, and gives almost limitless possibilities for customization.

Once you’ve picked your era, you can choose which leagues to play in. For the present day, you’re allowed to choose from a number of different countries, including Japan, Korea, Italy, Cuba or the Netherlands, to name a few, and you’re of course allowed to select the MLB. These then branch off into different leagues, of which the MLB alone has 17 different options, from Rookie standard up to AAA. While you’re allowed to pick whether you want to play as a Manager, GM, or both, most smaller profile teams require you to play as the manager, even if you select GM only, as there isn’t really enough to do to justify your existence otherwise. 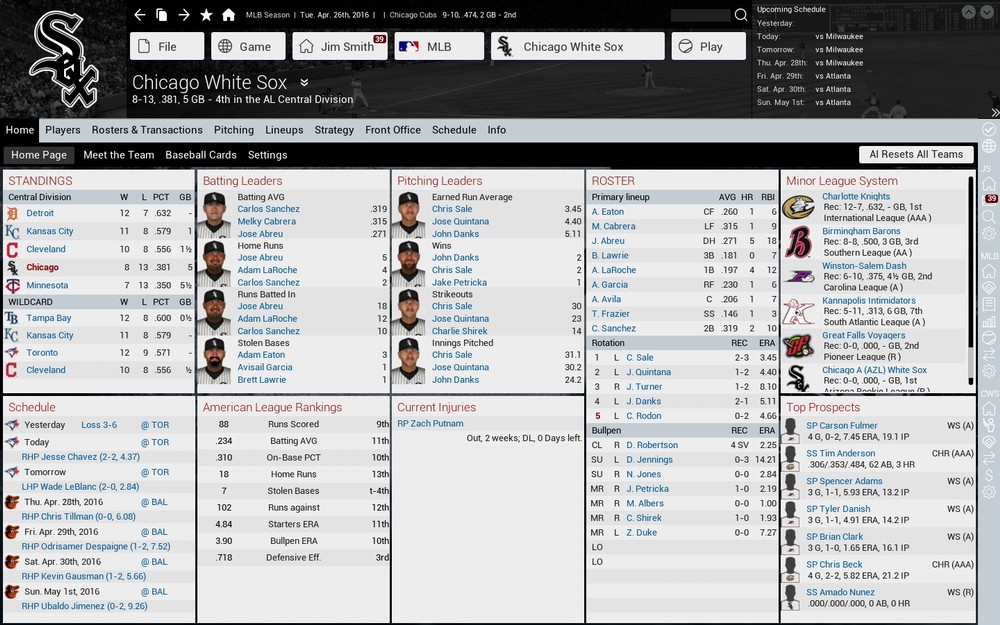 I started off as a manager for the Pulaski Yankees, merely because I liked the name, and being a minor league rookie team, I was given the fairly attainable task from the team owner of ‘Don’t suck completely’. As you manage larger teams, the pressure obviously becomes bigger, as do the requirements. For example, when I was managing the Toronto Blue Jays, I was given the requirements of obtaining a winning record, upgrading my second baseman, and reaching the World Series in five years. Managing different sizes of teams feels like a genuinely different experience, which is to OOTP 17’s credit, as it gives you genuine incentive to try out different parts of the game.

Out of the Park Baseball 17 isn’t a game for newcomers to baseball, or even really for casual fans. It’s a game for armchair statisticians, for those who can remember the hit percentage of players from 15 years ago, for fans who can recall the starting pitcher from their first ever game. Similarly, this isn’t the kind of game that you’ll play for a weekend and then be done with. OOTP 17 is huge; containing nearly endless playing possibilities, and enough customization options to make you feel like the game that you’re playing is your game. If you’re looking for a baseball management simulation where you can control the smallest minutiae of a team, then Out of the Park Baseball 17 is a great option, and will likely last you until your team’s play-off hopes have long since faded away. 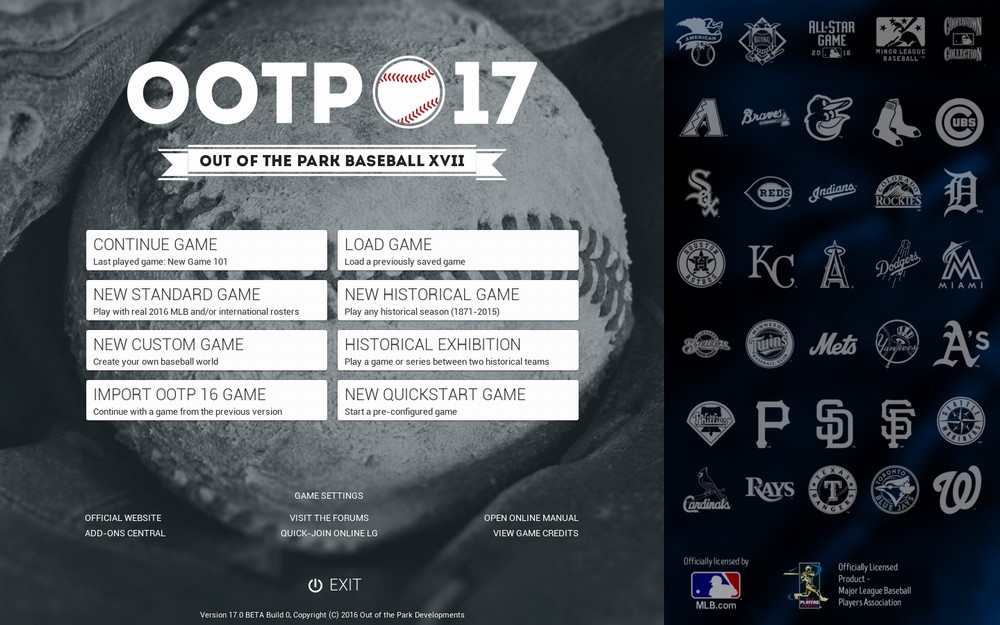 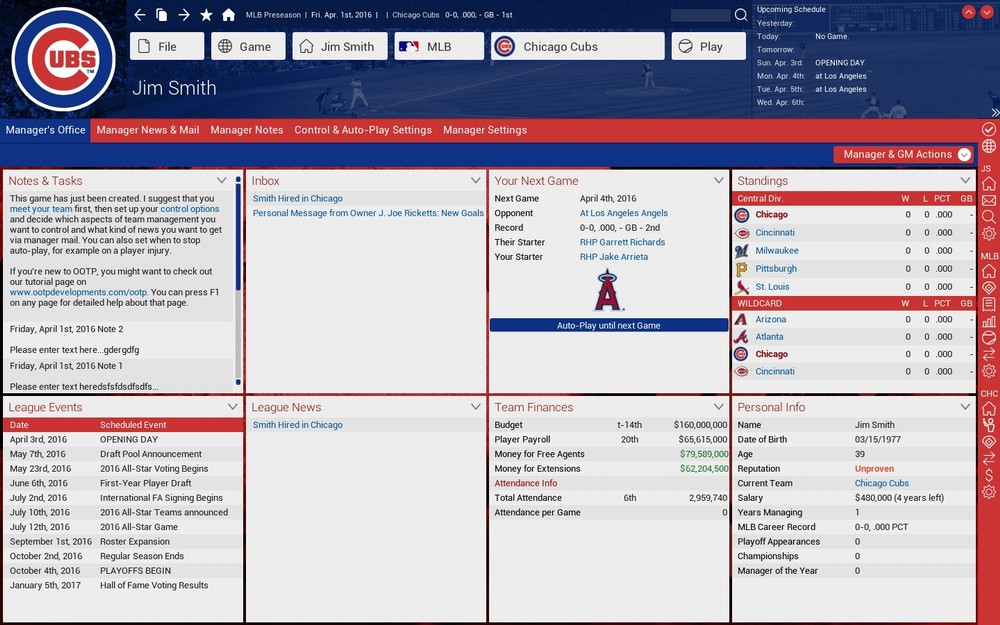 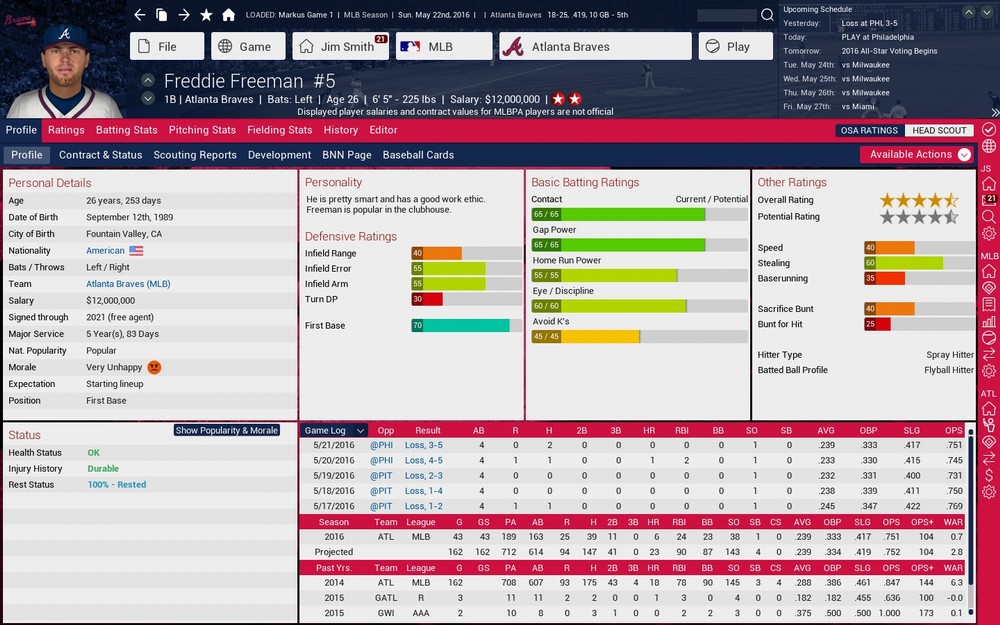 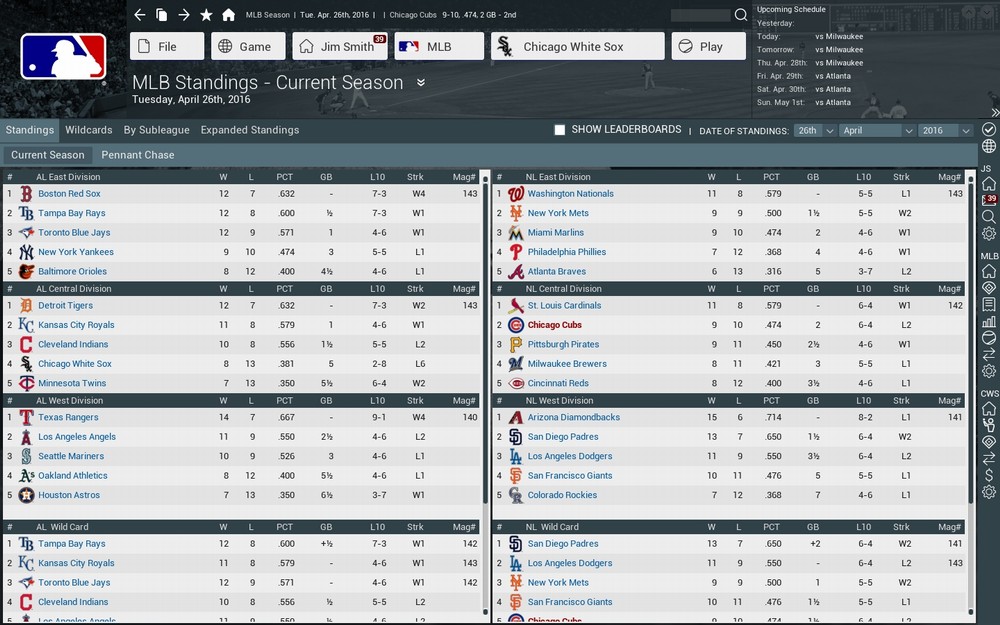 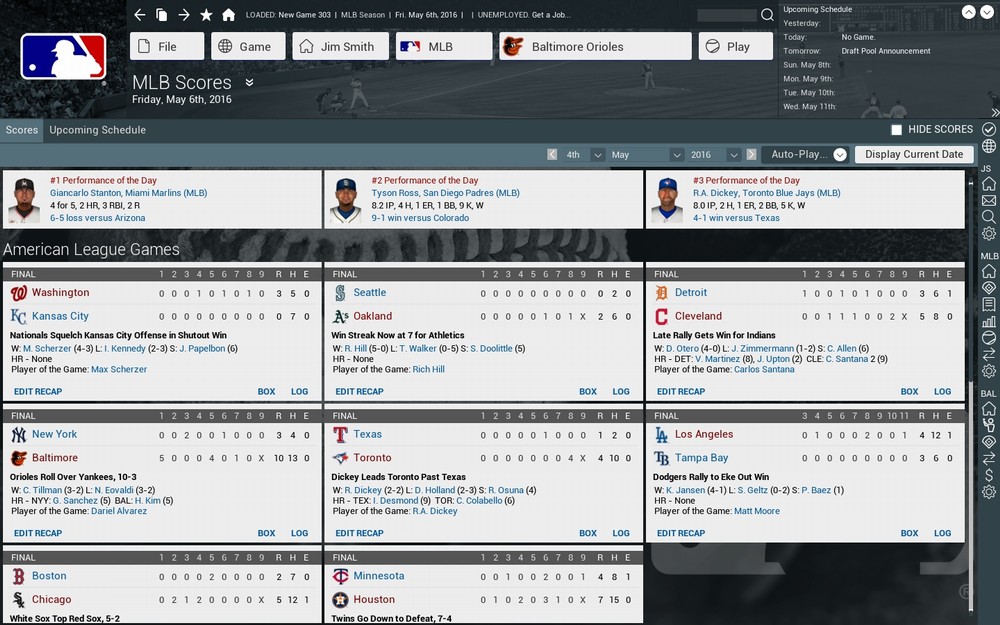 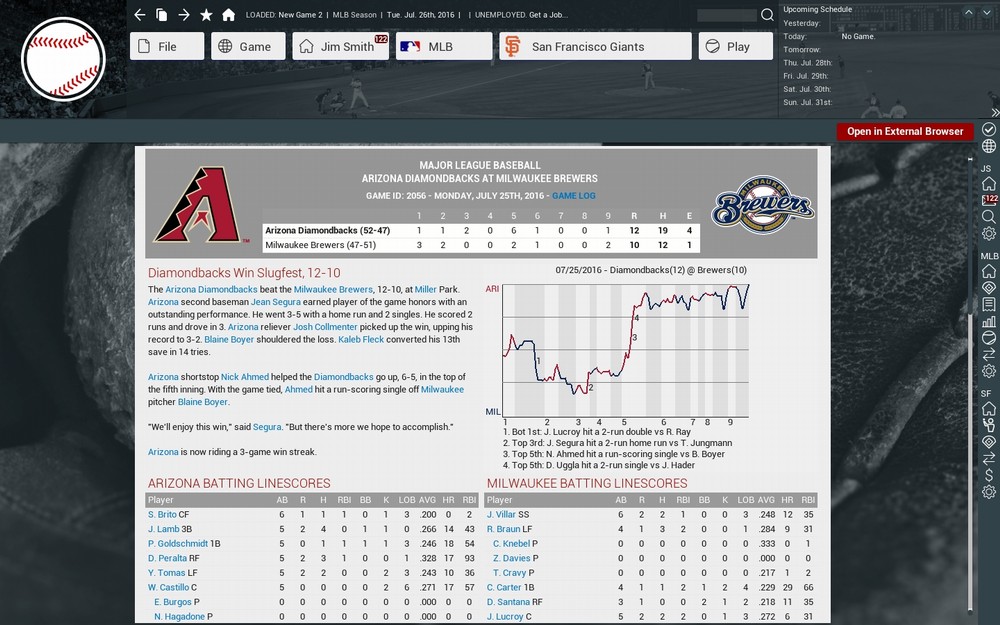 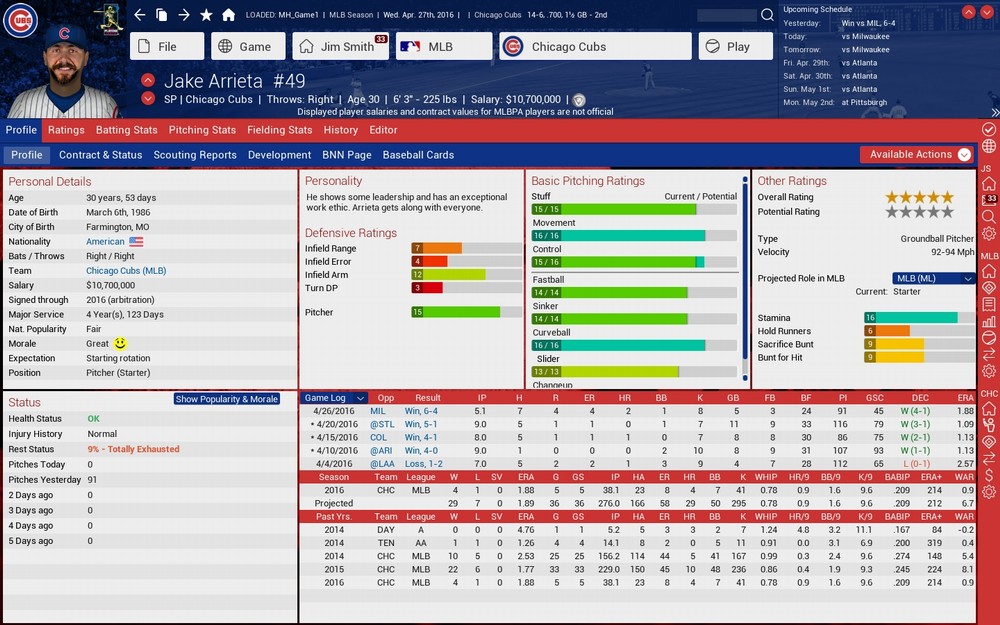 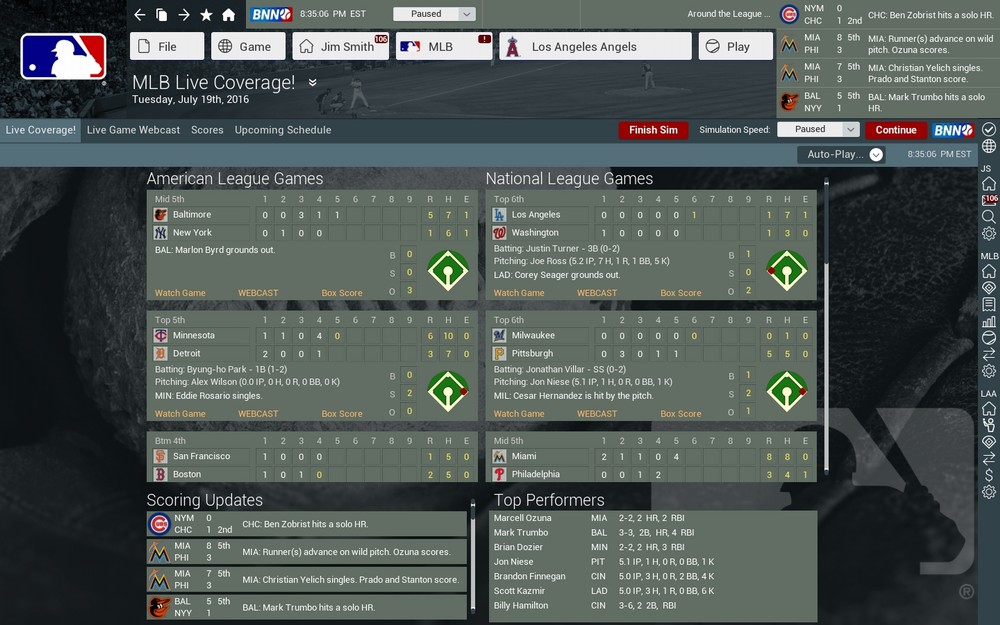 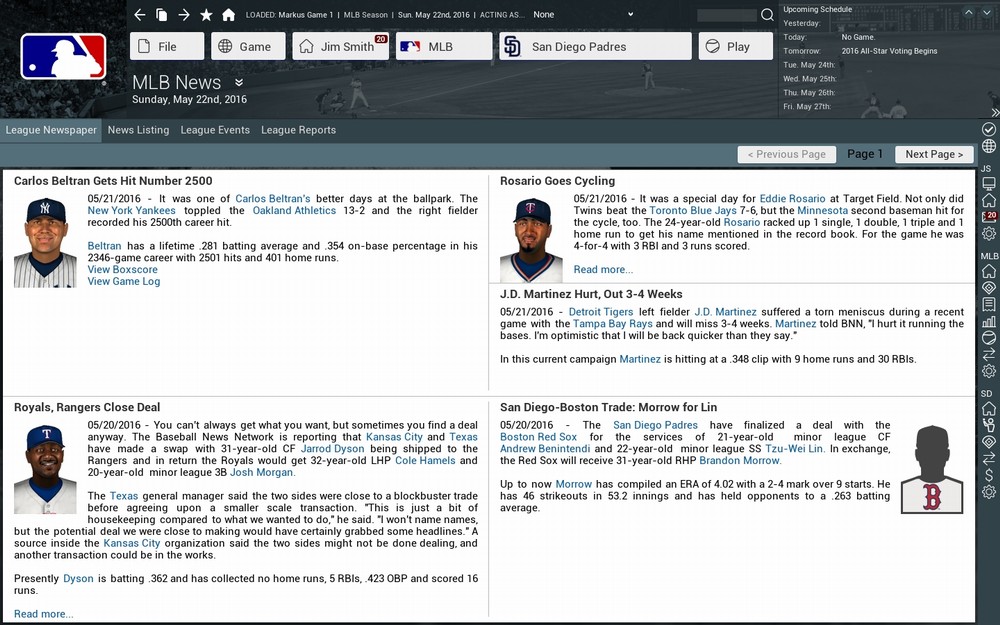 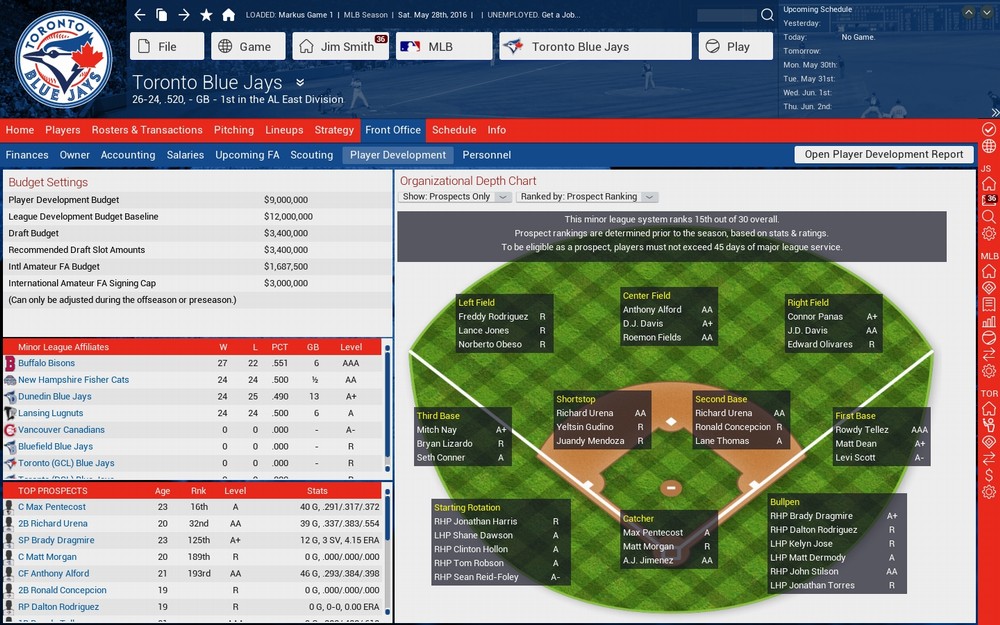 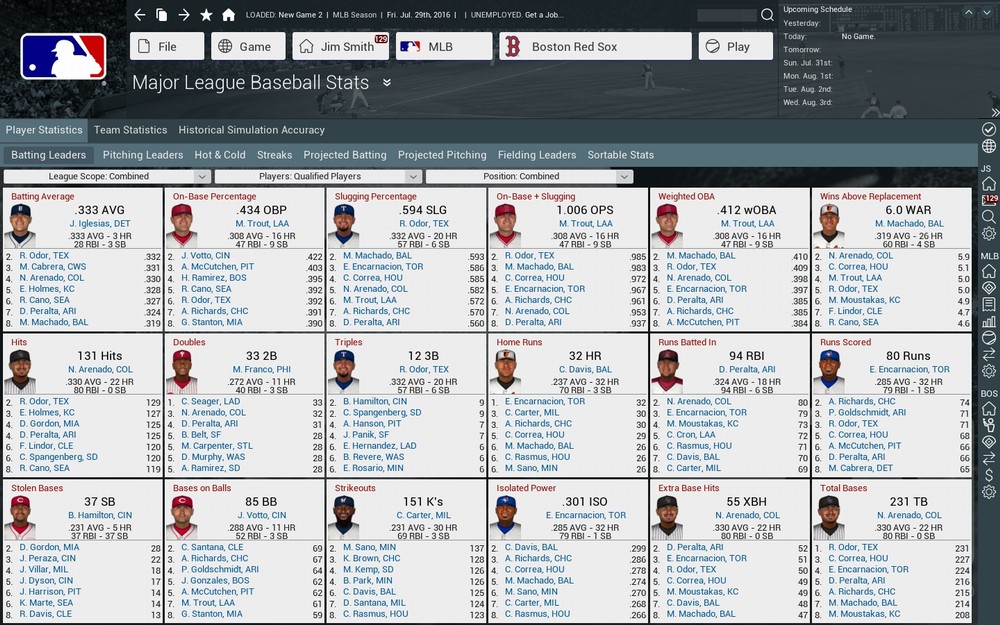