Ori and the Blind Forest Review – Xbox One 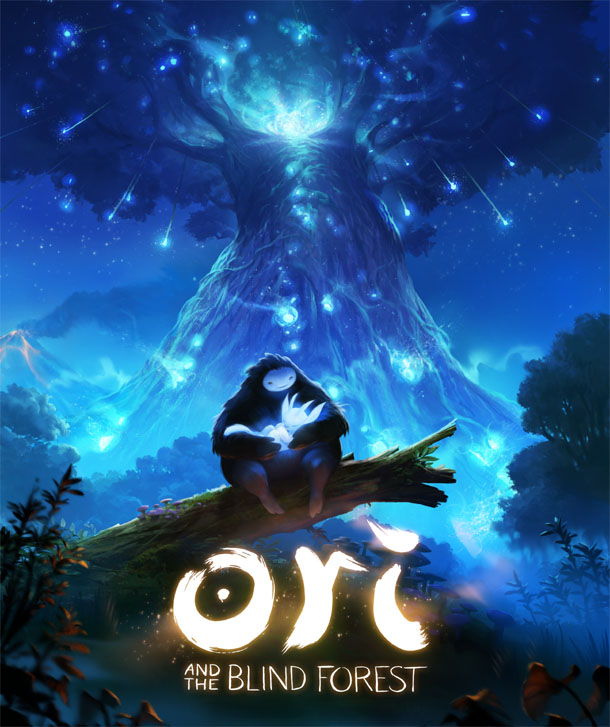 Lots of backtracking if you plan to collect everything.

A magical enchanted experience you will cherish for years to come.

March is the month of hidden wonders when it comes to surprise game releases; especially on the digital marketplace.  While I recall Ori and the Blind Forest being mentioned briefly and intermittently over the past year it had certainly slipped off my radar until my review code arrived last week.  But now everyone is going to be able to enjoy one of the most enchanting platformers of this generation and certainly one of the best looking digital marketplace games since Max: The Curse of Brotherhood in 2013.

Ori and the Blind Forest is a unique blend of platforming combined with environmental puzzle-solving and some light RPG elements all set within the magical forest of Nibel.  The opening prologue was not unlike the first ten minutes of the movie UP, both in its near-silent storytelling methods using delightful animation and an impactful emotional realization that will have you swapping your controller for a box of tissues.

After the pre-game tears have been shed you’ll find yourself in control over a charming little orphan whose animation is a delightful blend of awkwardness and innocence.   The animation is on par with anything Disney is capable of and all set against some of the most breathtaking hand-painted backgrounds I’ve ever seen in a video game.   This is pure magic, and when combined with an outstanding orchestrated score, Ori and the Blind Forest packs all the emotional punch of an animated feature film. 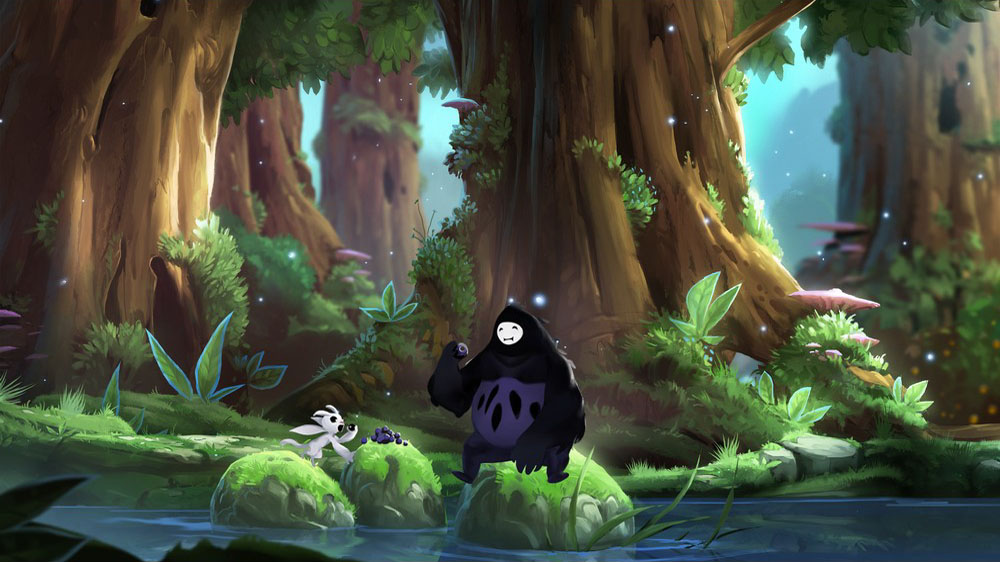 The game is a platformer at heart and the designers put a tremendous amount of effort into the highly refined controls, ensuring that Ori is able to move, jump, and scramble up walls with an ease and reliability that slowly adapts with the gamers’ skill level.  The difficulty curve is always on a consistent rise that is on pace with your ability to overcome the new traps, monsters, and environmental obstacles found in Nibel.

Much of this growth is found in the progression of a three-limbed skill tree that allows Ori to evolve and adapt with new active attacks and passive skill abilities.  You’ll earn skill points by slowly filling up the Spirit Light meter by collecting the glowy bits left from defeated enemies or larger golden orbs.   On either side of that meter you have your health and energy nodes.  Health nodes are obvious while energy nodes fuel your attack abilities as well as your ability to create a Spirit Flame.  This is perhaps one of the most unique aspects of Ori and the Blind Forest in that you get to create your own checkpoints within the game.  Once created, you can then return to these Spirit Flames and save your progress or shop for new skills.  I really enjoyed the freedom of being able to pick when and where to checkpoint my game, such as just before a particularly difficult trap or jumping puzzle. 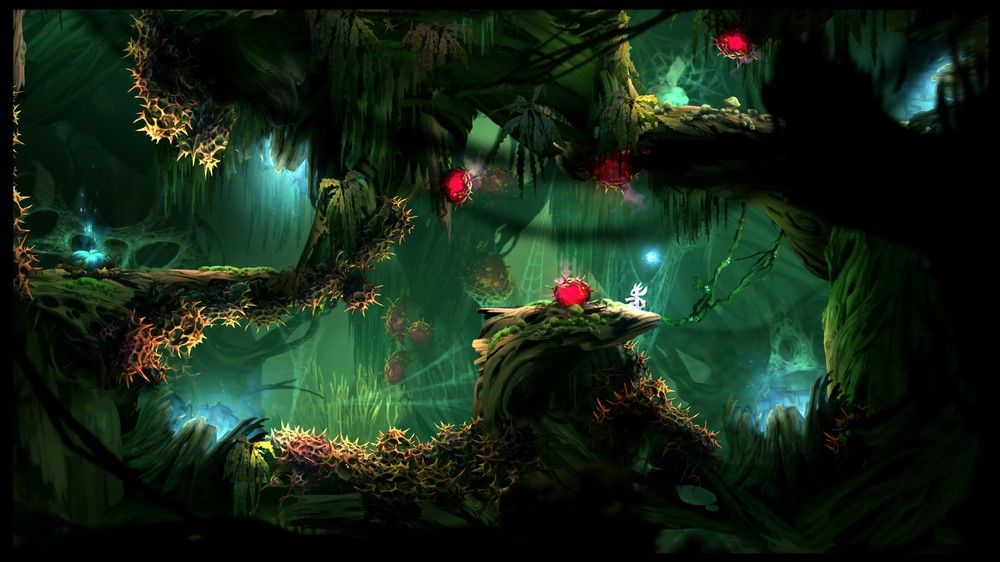 As you expand your abilities along all three branches of the skill tree you will grow your attack powers, earn health enhancers, and get passive upgrades like 50% reduction in energy use or doubling up on healing.  All of the monsters in Nibel continue to spawn if you wait long enough, so earning enough of the gold energy to fuel the skill point meter is only a matter of time and skillful attacks.  Other abilities like double-jump, stomp, glide, and bash are earned at fixed points in the game, and many of the abilities learned in the later stages are required to access areas in the earlier parts, making backtracking an essential part of the game if you want to see and collect everything the forest has to offer.

The forest of Nibel is huge, spanning more than 10 hours of challenging gameplay across multiple environments from lush outdoor levels to sinister spider caves and dismal watery caverns, and yet you will never encounter a single load screen thanks to the Unity engine and some custom content-streaming code.  Of course, with no natural breaks in the game you might just find yourself losing all sense of time while playing.  While simple in premise and traditional platform gameplay design, the complexity of all the abilities and the way they can all be integrated together into their own custom sequences of moves guarantees that there is no single way to experience or win Ori and the Blind Forest. 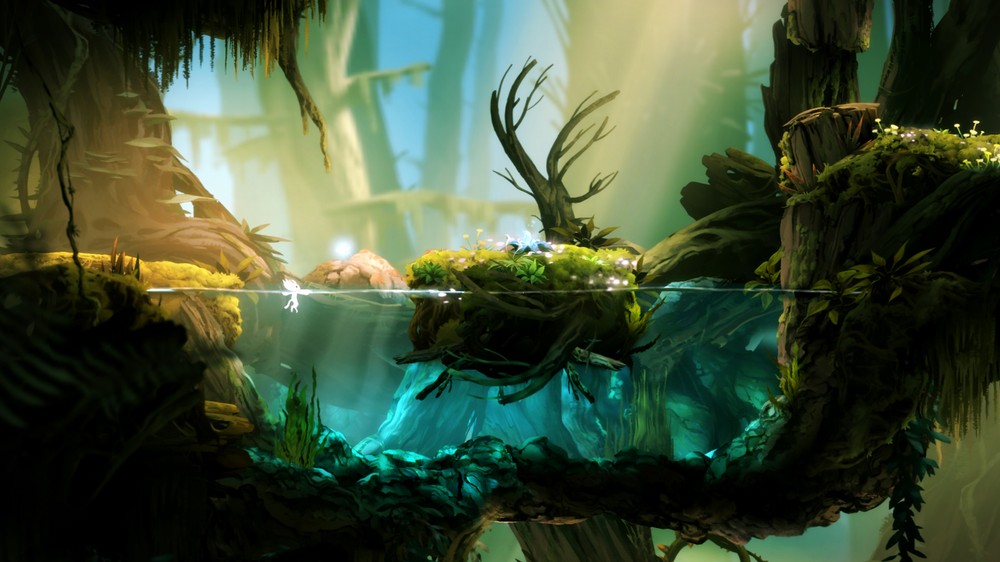 “Magically delicious” is the best way to describe Ori and the Blind Forest.  The 1080p visuals are a feast for the eyes – especially when upscaled on a 4K HDTV, and the 5.1 surround mix is surprisingly immersive for what is otherwise a 2D platformer.  The rear channels get a lot of the ambient forest sounds while sound effects and music remain at the forefront of the mix.  The various creature noises are odd and sinister and the chanting voice of the subtitled narrator adds definite flavor to the story.

Ori and the Blind Forest is the perfect game for the entire family and you are given three save slots per profile to share the experience.  While the difficulty can be a bit imposing at first, most of the challenge is knowing when you simply need to move on and come back to an area or puzzle later after earning new or better abilities.  Some areas are gated and require a set amount of energy orbs to pass.  There are map stones that reveal entire sections of an area, which are then shaded in as you explore, and often I was forced to go on to a new chapter with a whole lot of outlined areas left for a return trip.

I’m surprised Microsoft didn’t save a heavy-hitter like Ori and the Blind Forest for the Summer of Arcade, but I’m glad they didn’t.  With the current lull in significant new game releases, now is the perfect time to release this brilliantly inspired animated platform game that will appeal to gamers of all ages, skill levels, and genre preferences.   Much like any new Disney animated movie release, Ori and the Blind Forest is one game you do not want to miss and an experience you will cherish for years to come. 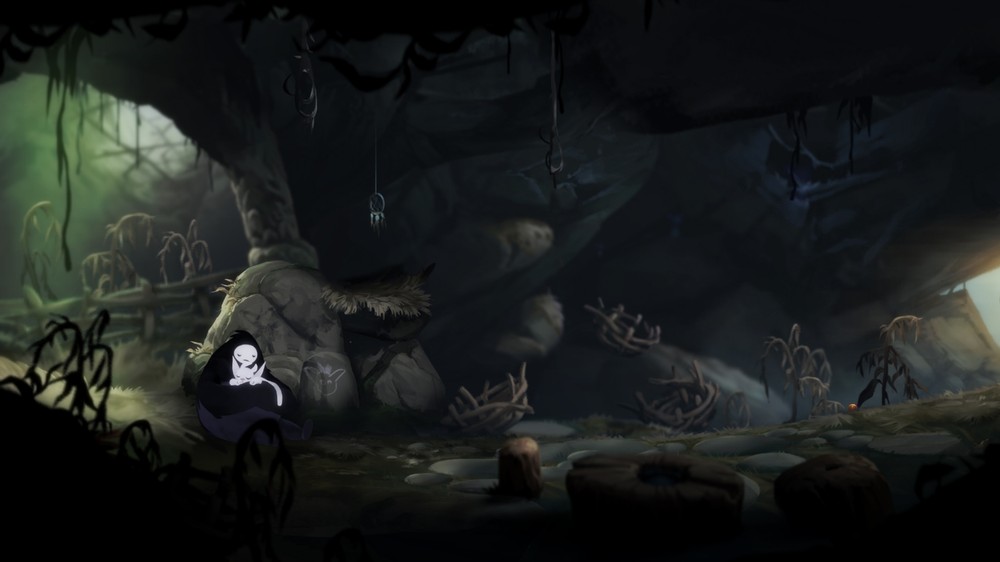 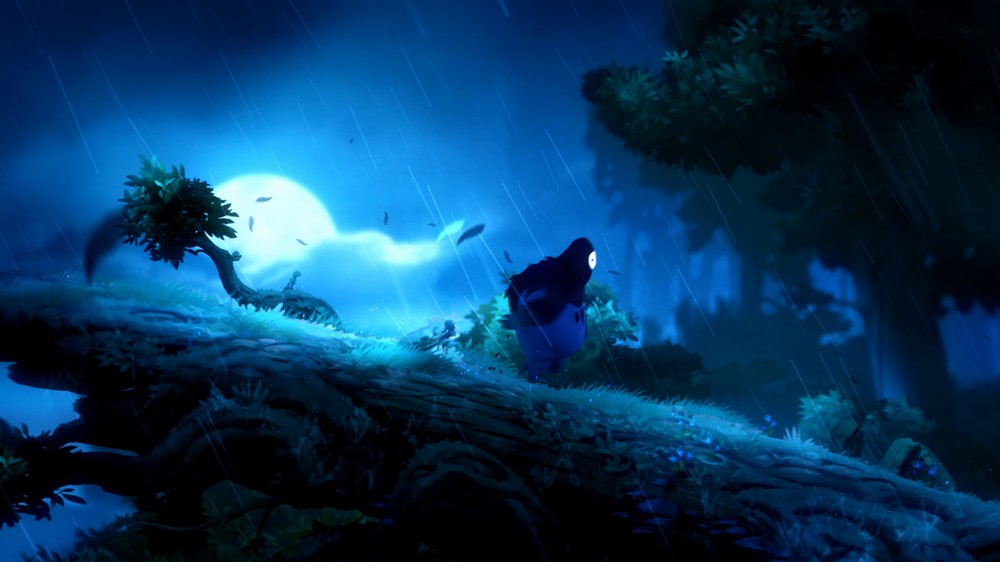 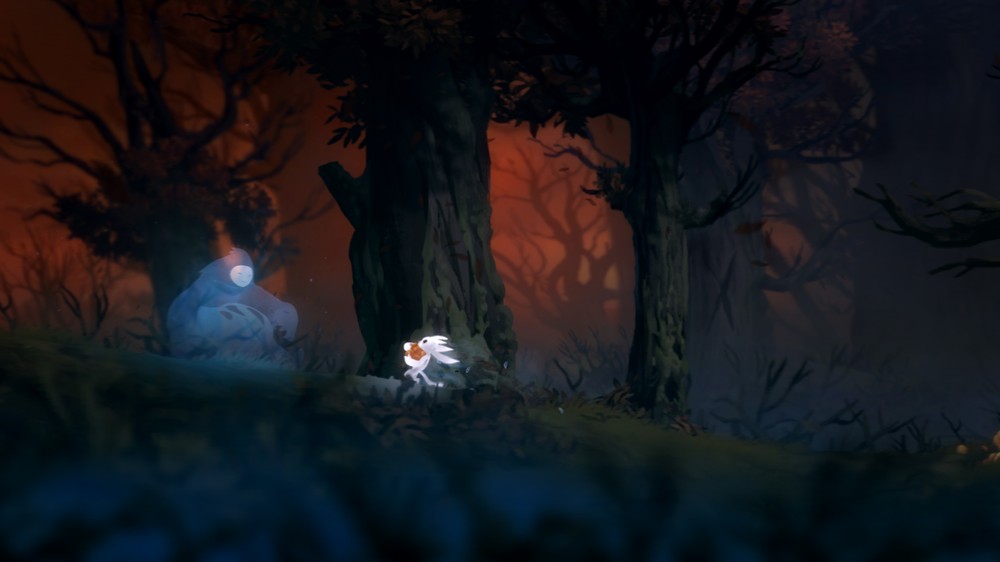 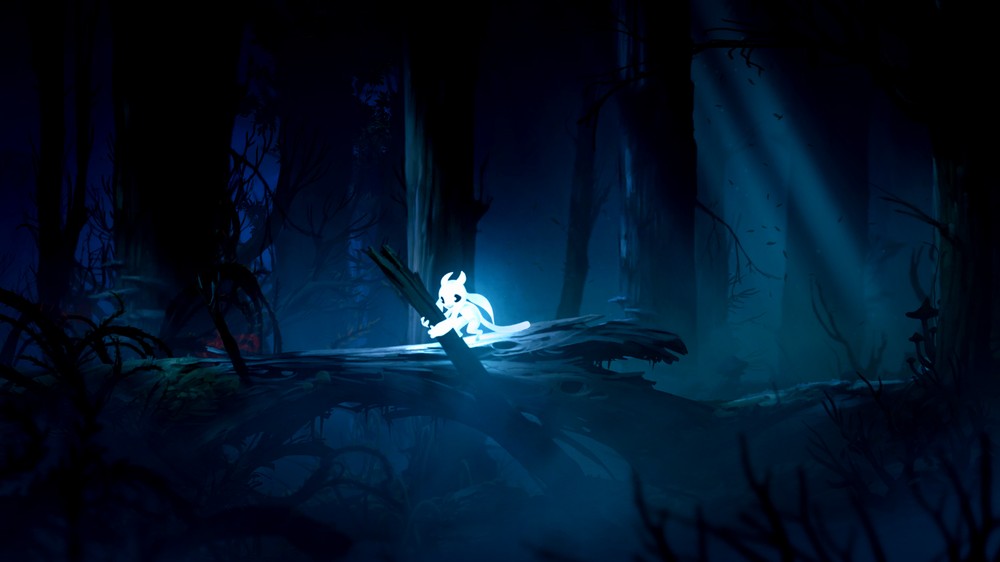 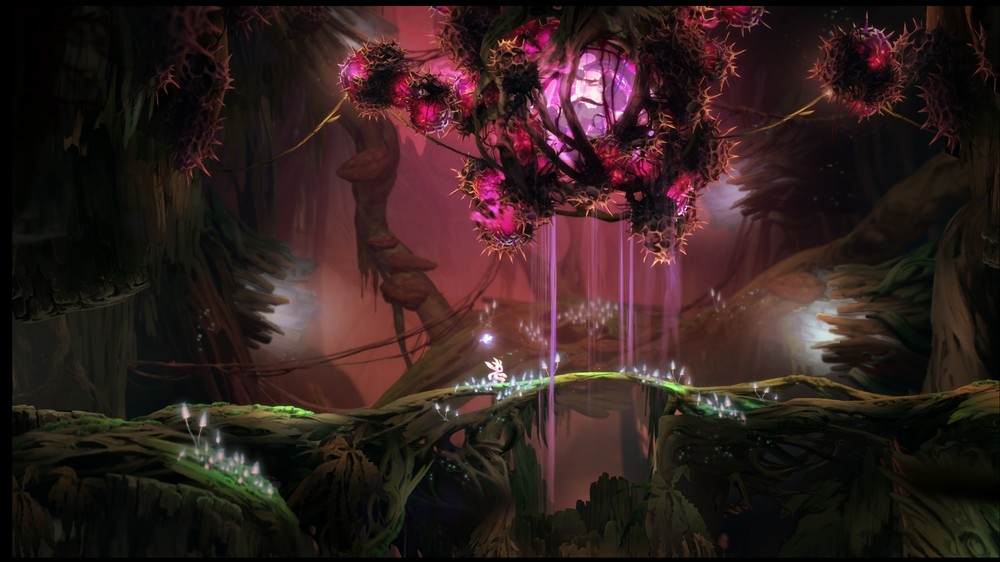 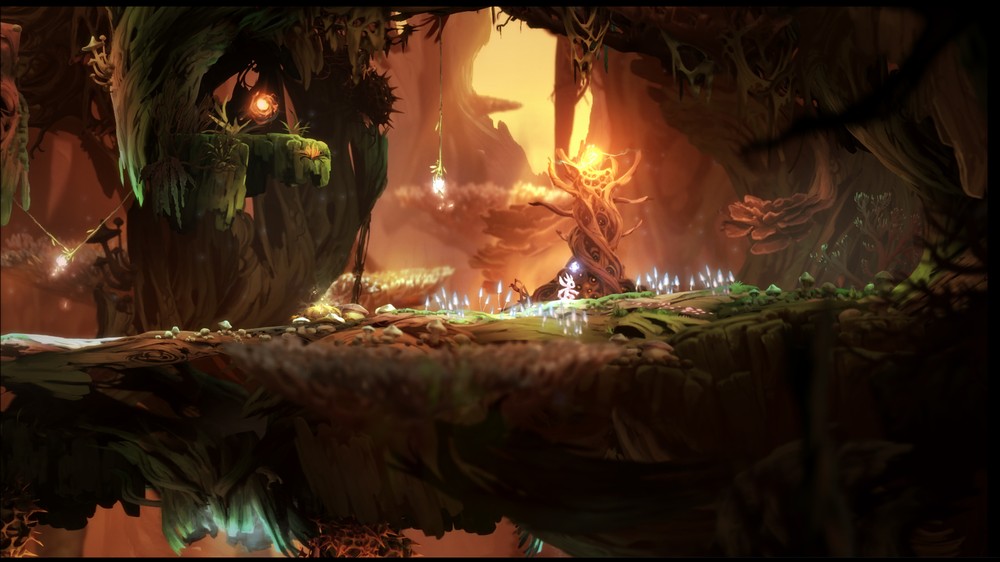 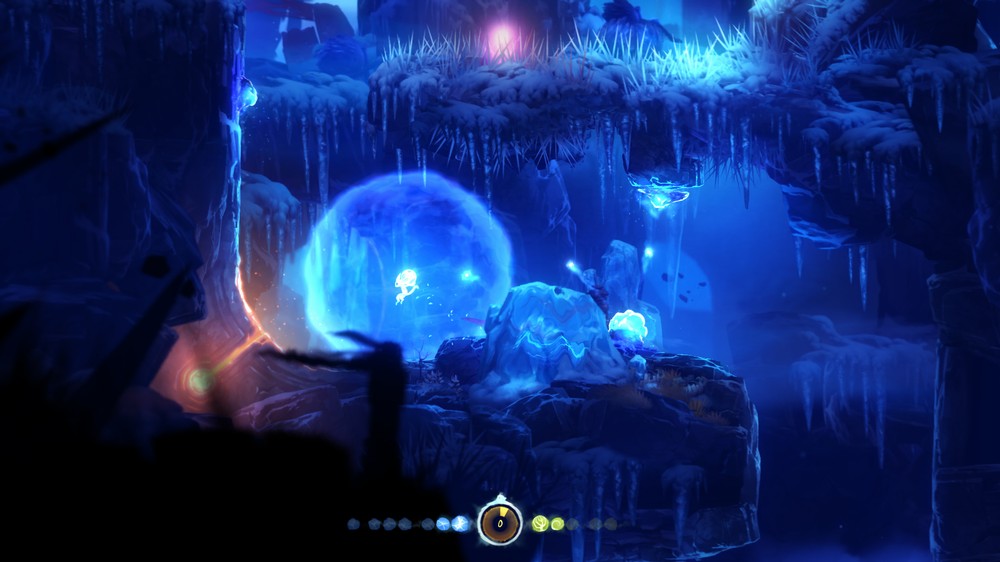 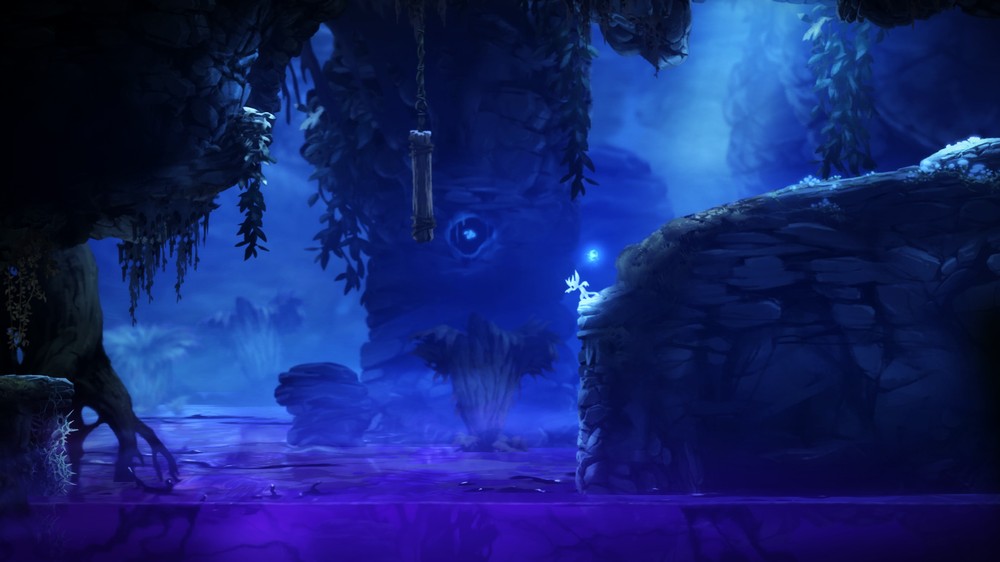 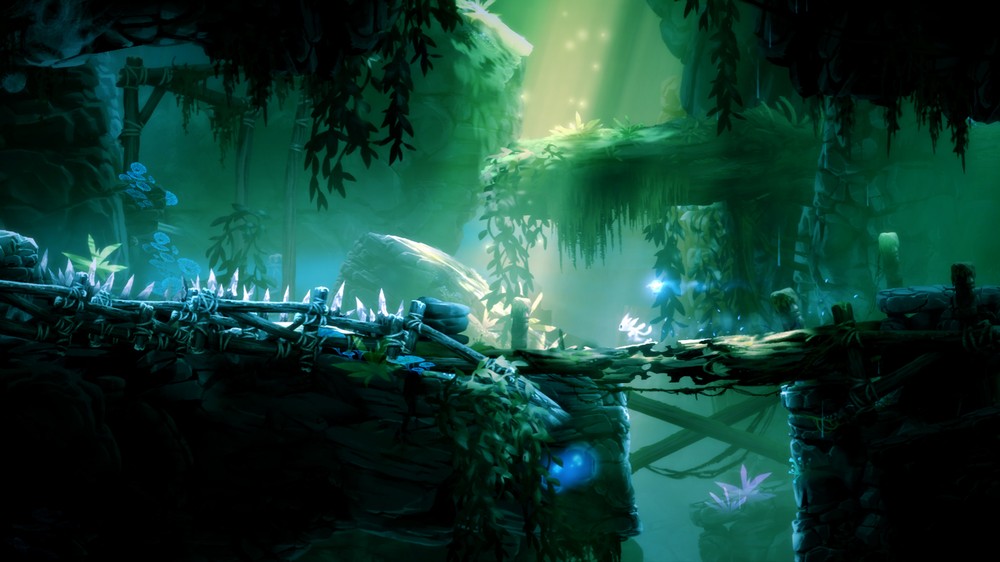 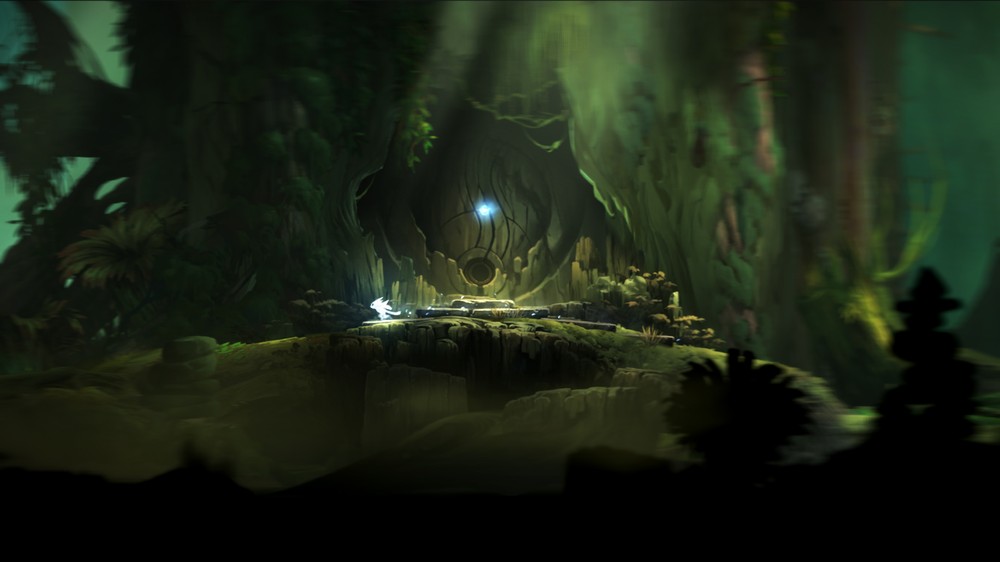 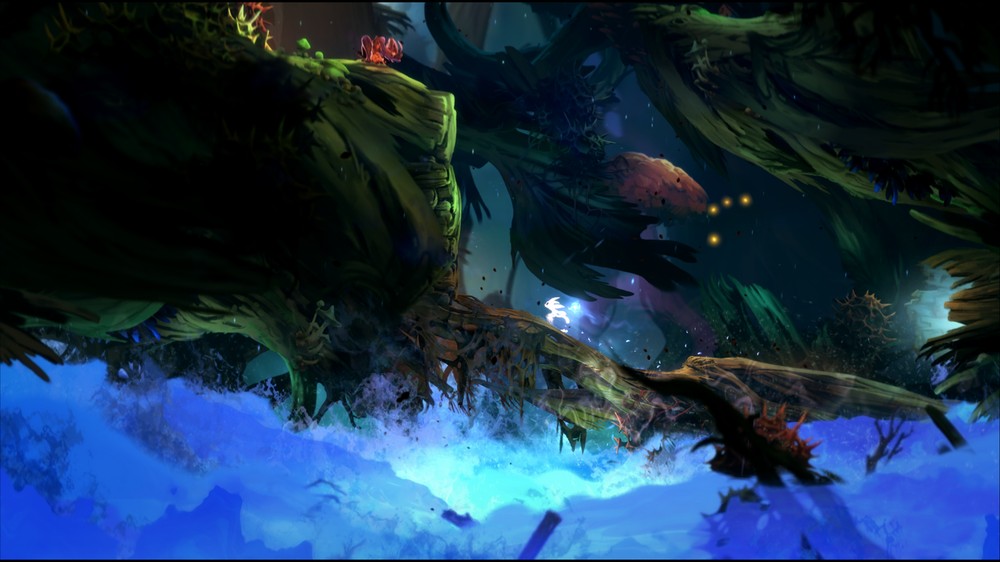 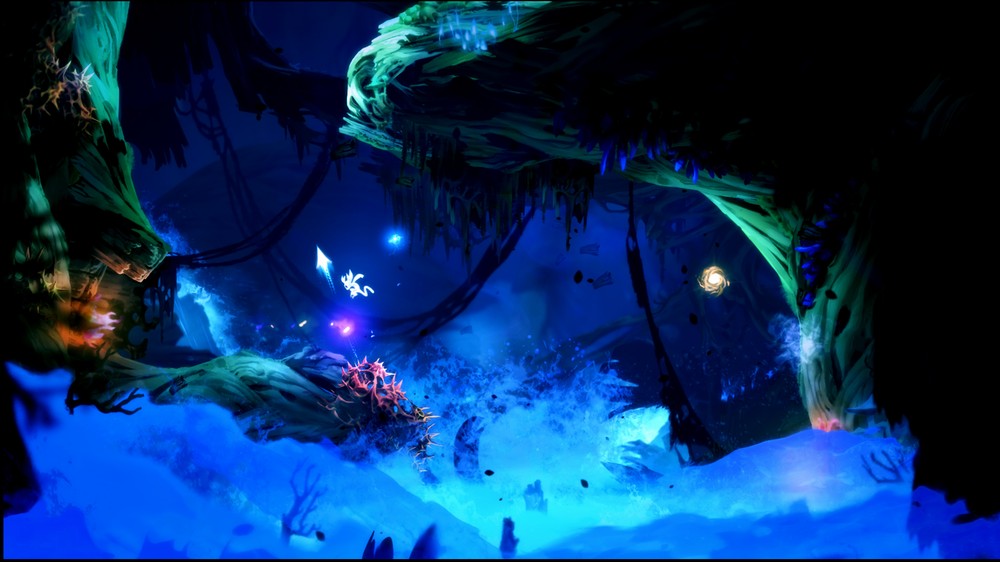 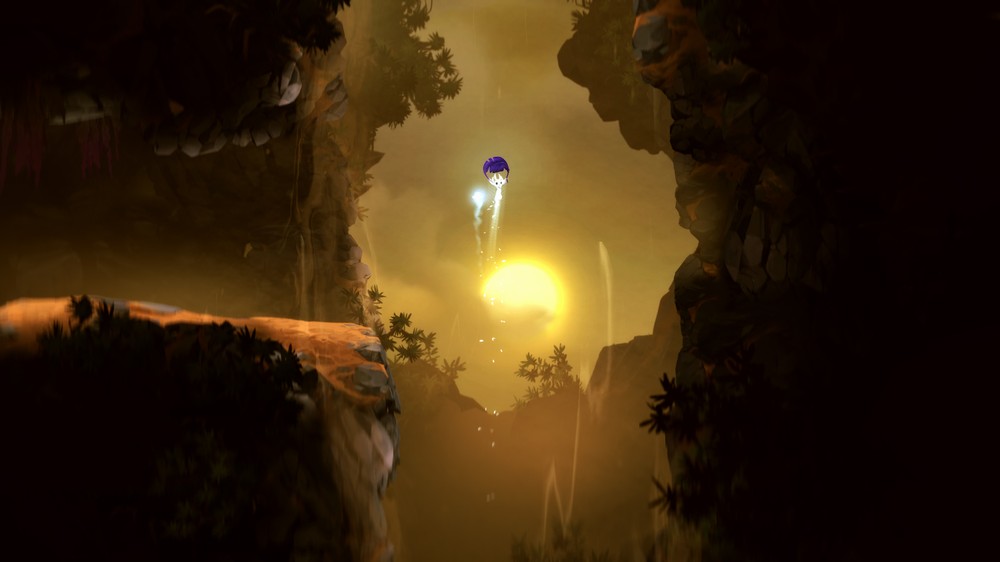 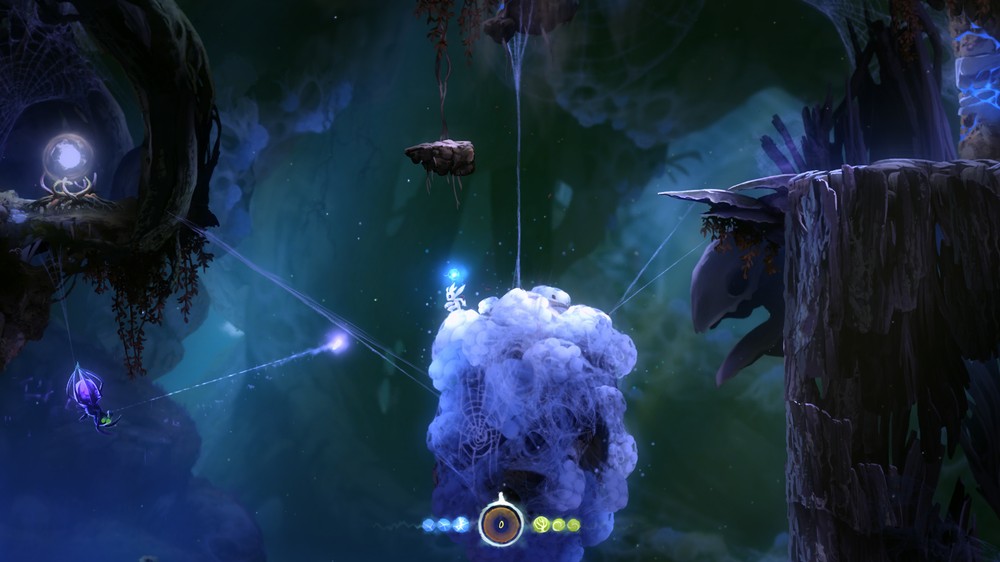 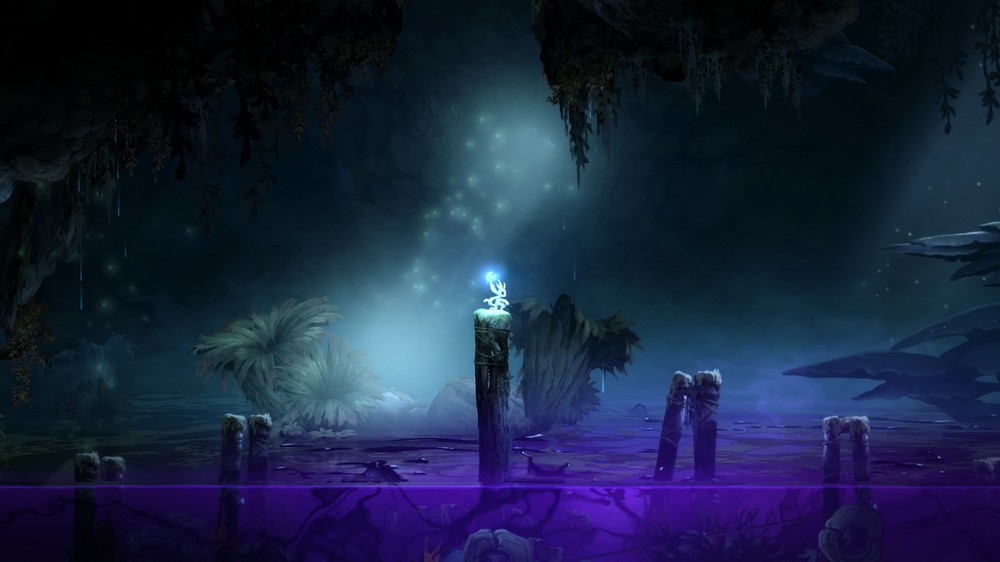 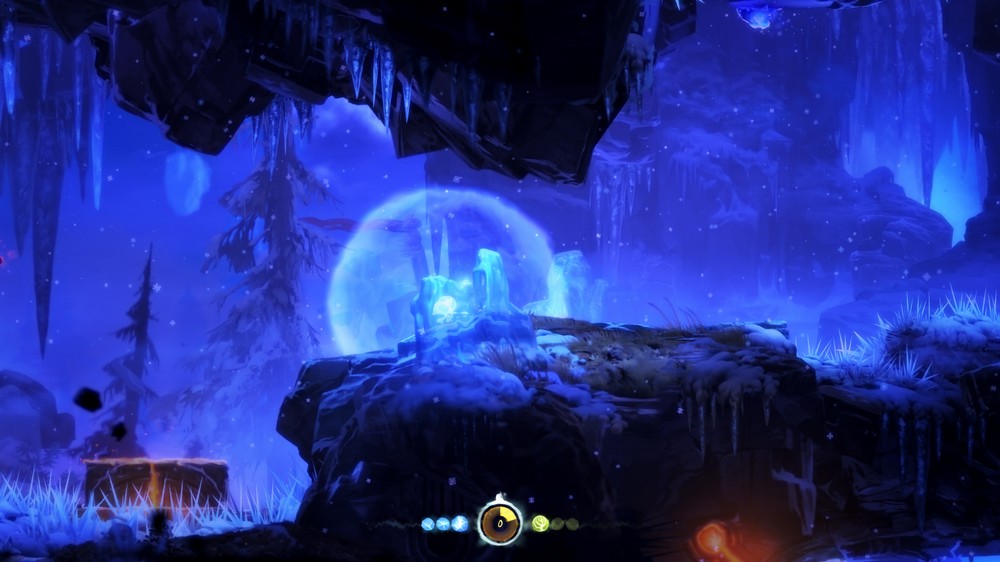 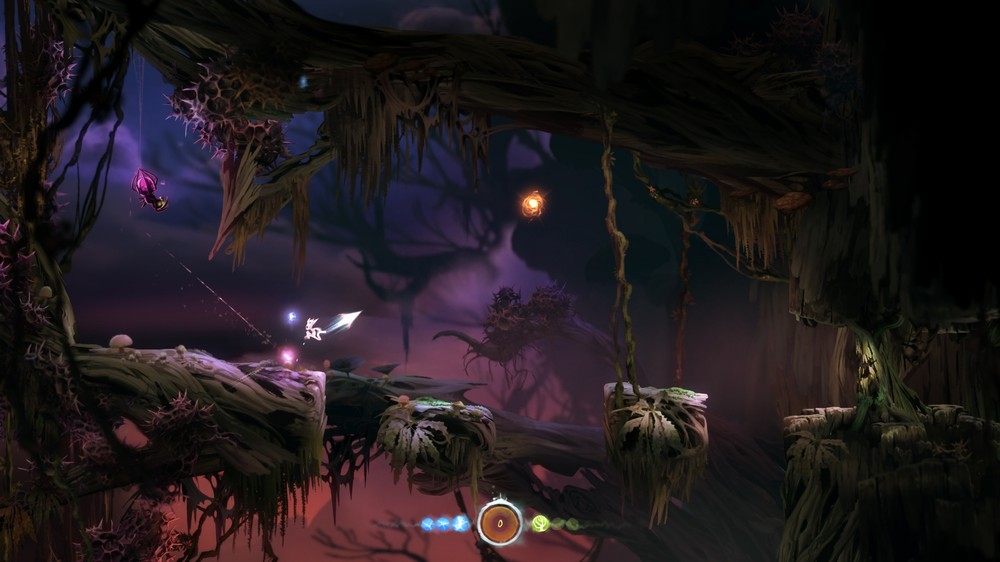 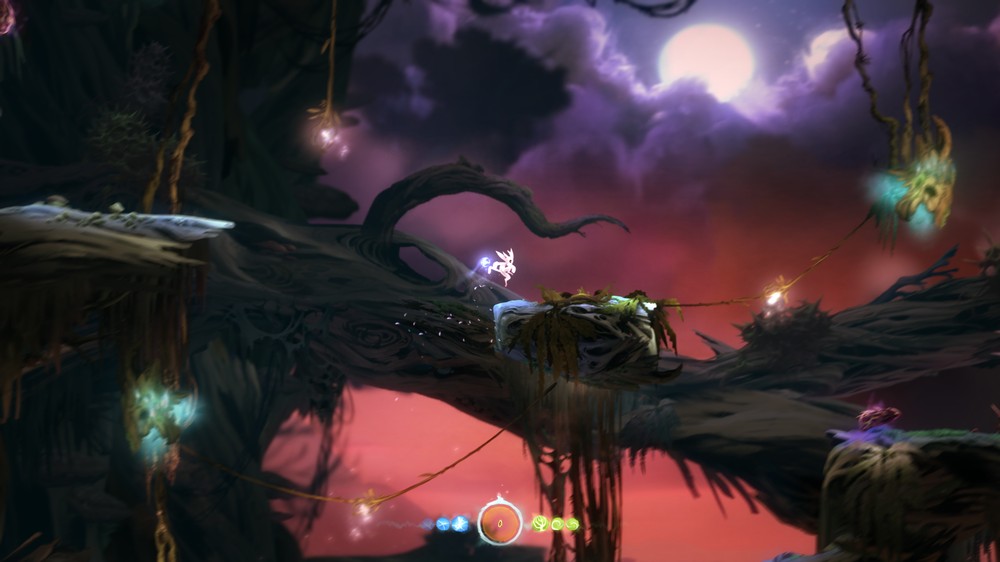 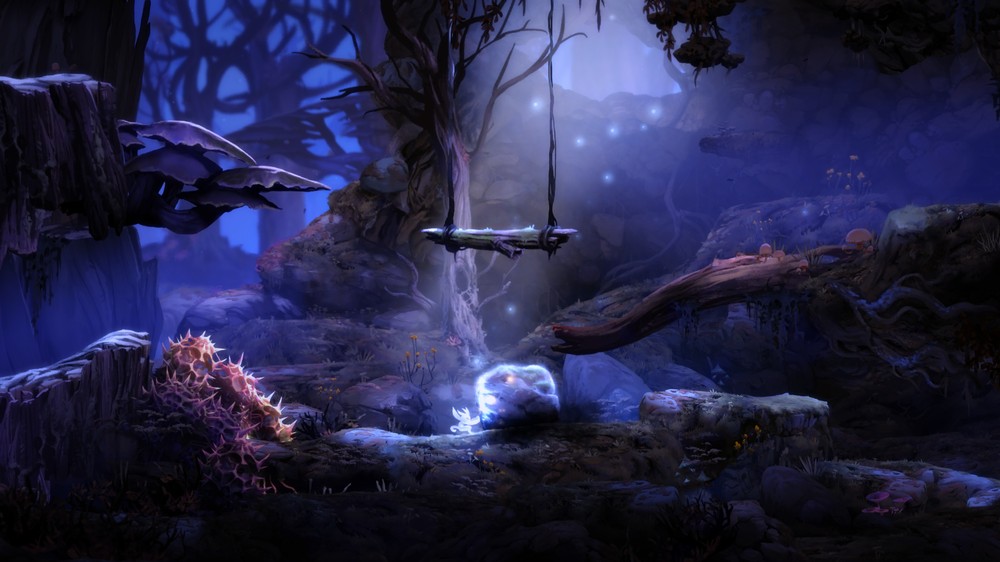 3 save slots per profile