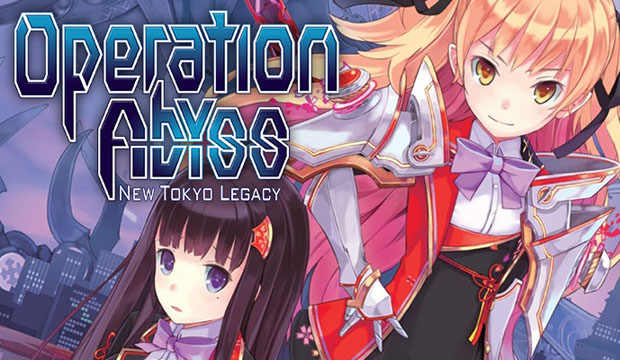 Dungeon RPGS are one of many facets of the RPG community of games and for developer Experience Inc. they have found a home here in one of the oldest styles of RPGs to date. Their newest adventure Operation Abyss: New Tokyo Legacy for the PlayStation Vita is a modern-style dungeon RPG that takes place in future Tokyo where monstrous creatures called Variants are running rampant and young people are being kidnapped and meeting terrible ends.

The first thing I saw about Operation Abyss is that it shares a lot of its core gameplay in common with their previous title Demon Gaze with a few noticeable changes. Much like its predecessor you awake in an unknown location this time surrounded by death and one step away from being a monster buffet before being saved by two unknown individuals. Well at least one anyways. The other introduces herself as Alice Mifune, Captain of the Xth Squad, like you’re like a college athlete prospect and you have no idea you were even being prospected in the first place.

You’re not alone in being recruited though into Xth though as you are brought into an underground facility under your school with a group of other students. You see you were all given an examination prior to entry in to Hinowa Academy to see if you are capable of using the art of Code-Rise. Individuals that can use Code-Rise have the ability to absorb the power of historical heroes with a Blood Code giving them the superhuman power of the respected hero. 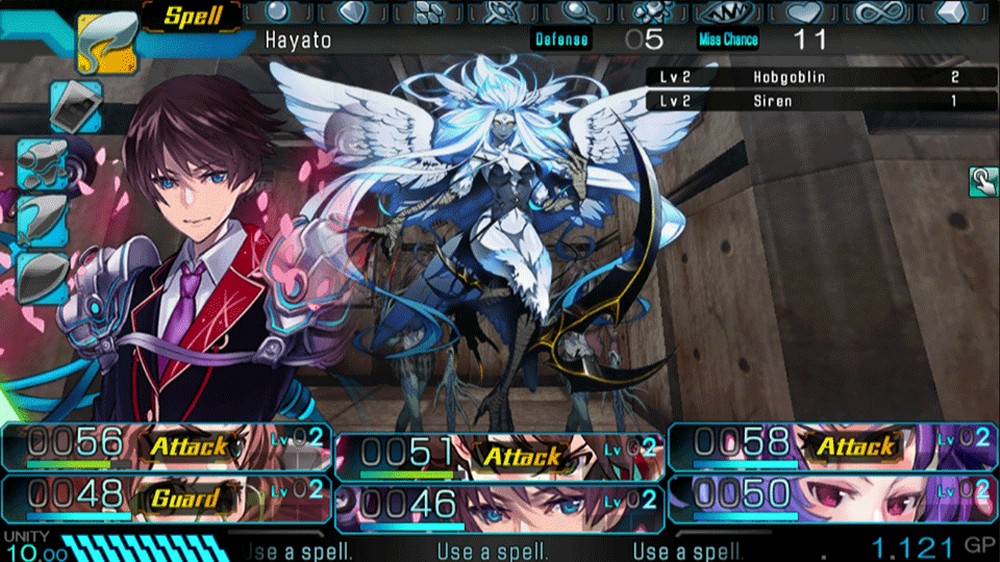 Operation Abyss: New Tokyo Legacy isn’t about the individual though like Demon Gaze was. Here it is all about the team, as you are always called Abyss Company as you interact with the people around the many locations you visit around a panicked Tokyo. One of the things that I really like about Operation Abyss is that it’s one big macabre detective adventure wrapped around a dungeon RPG that can be played two ways. Players can chose to play with the balanced premade team in Basic mode or for those that want to control every aspect of their team can got with Classic mode.

While I gave both modes a go I preferred the Classic mode as I could create my own characters which made me feel a little more immersed in the story. While you can create team members in Basic mode like Classic mode Experience Inc. sets up everything for you from the start. I didn’t realize it at first but the developers literally let you do everything for your custom made character and team including equipping your weapons before your first real fight. Yeah I wondered why the rest of my team actually had something to fight with for a fight or two.

That said fighting does take some strategy to be successful as this is not one of those simple attack repeatedly until the enemy is dead kind of RPG. Well that actually works for the physical based attack characters but magic users have to be a lot more careful as they have a limited amount of magic to use that you have to restore at your headquarters when you rest. So it’s a game of strategy if you should your spells to attack a group or wait to attack a tougher enemy later on. There are restoration spells if members of your team go down but these are incredibly rare and expensive so relying on healing items and carefully used healing spells are your best approach to combat. 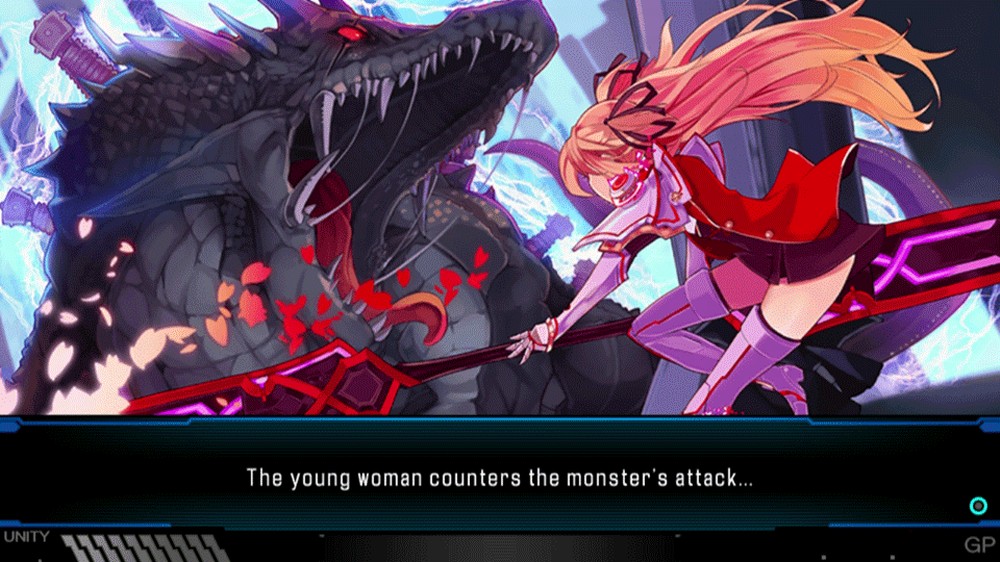 This does bring up one of my issues with Operation Abyss: New Tokyo Legacy. While I do enjoy the exploration and combat for the most part the back rows inability to do much of anything after expending their spells makes combat seem to last longer than it really needs to. That and having to leave the dungeon, return to headquarters, rest and return back to the dungeon takes out all the immersion. This doesn’t just pertain to magic users either but character development as well.

As this is an RPG you gain experience here just like any other RPG out there however to actually level up you once again have to leave a dungeon once again to do it. By visiting the Medical or Development Lab you can level up your characters, gear and weapons. This is also where you can get therapy to alter your player’s trait or personality which actually effects things like how effectively you attack in combat which is important given how often you can get in fights.

Operation Abyss: New Tokyo Legacy like Demon Gaze is a first person RPG adventure so graphically it has the same grid based rooms or areas in Demon Gaze. However I found Operation Abyss to be a bit more to my tastes visually with its modern level designs though it’s a bit weak at times. The character art was a lot more tasteful this time around with a few exceptions which is cool. Players who enjoying creating their characters from scratch will also enjoy the vide variety of option to create their perfect team. Add the solid static art for characters during fights, conversations and key story elements and you have a largely solid visual package mixed with a score that is both sinister and upbeat. There is some pretty decent voice acting though most of the time you’ll be reading text.

Operation Abyss: New Tokyo Legacy overall is an enjoyable dungeon RPG that definitely had a macabre feel that I really liked. That said it definitely has some pacing issues like taking you out of the dungeons to level up instead of in the field. There is a tutorial buried in the game but Experience Inc. likes to do things old-school so make sure to read up before heading too far into your first dungeon. If you like old school style RPGs like Etrian Odyssey or Might & Magic then definitely pick up Operation Abyss: New Tokyo Legacy for the PlayStation Vita. 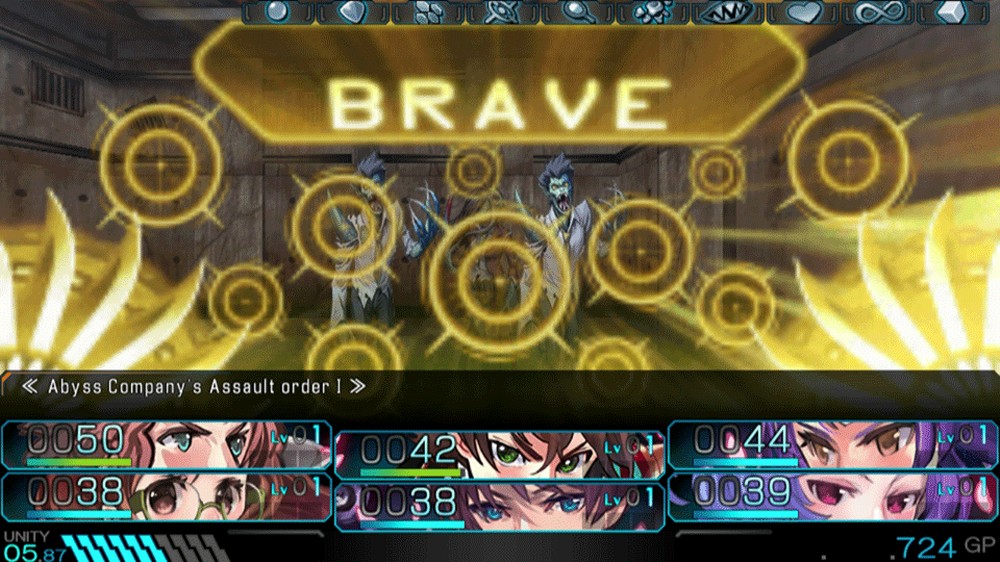 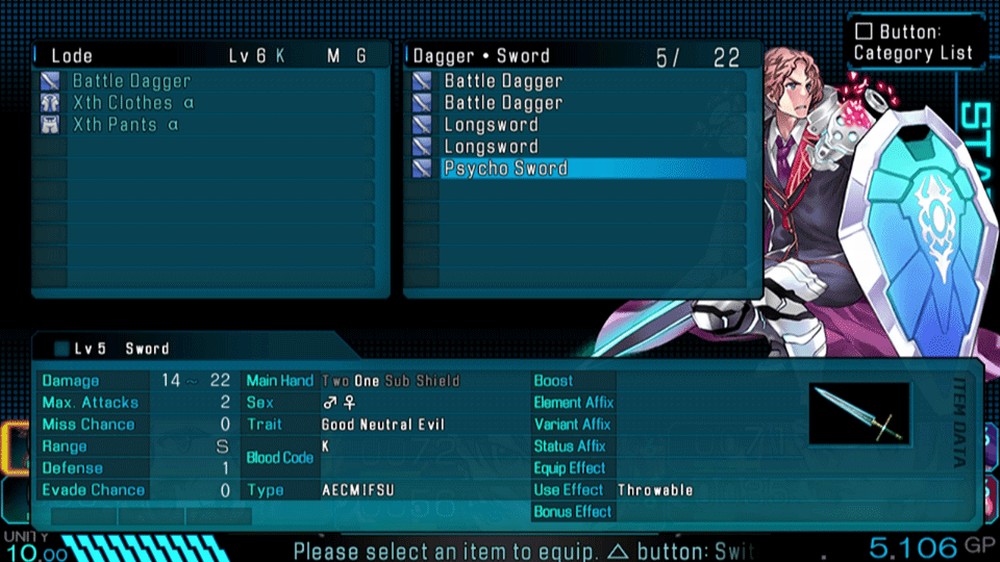 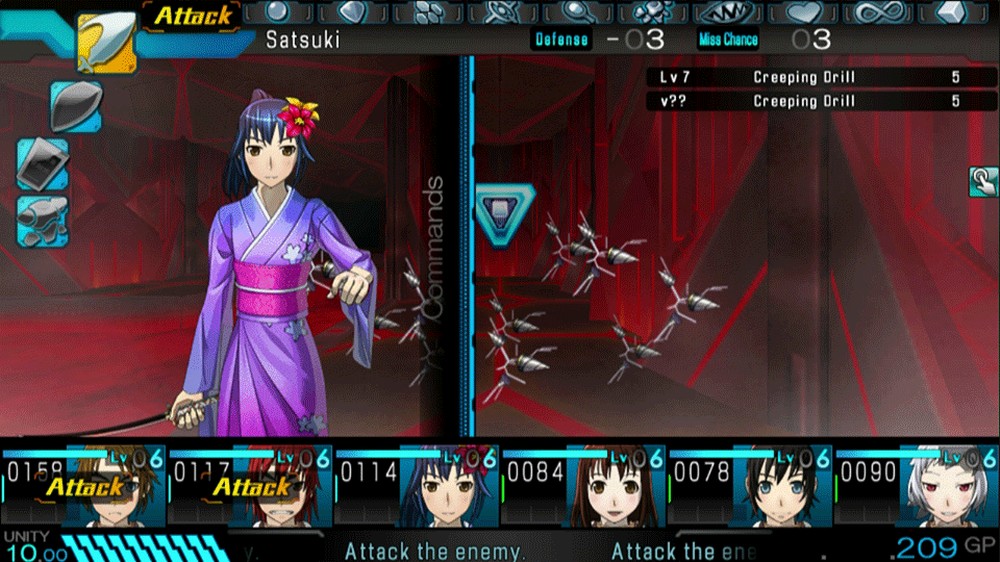 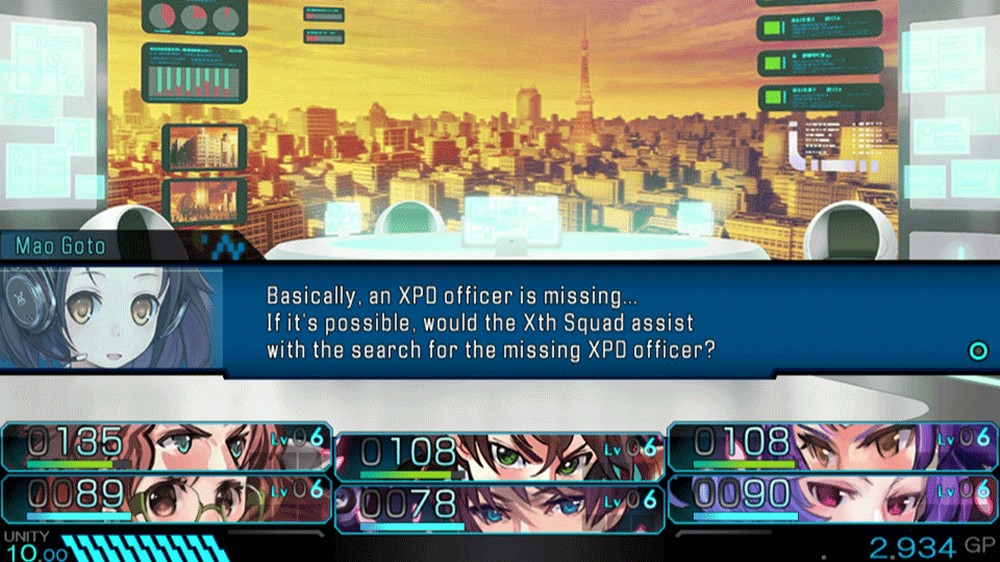 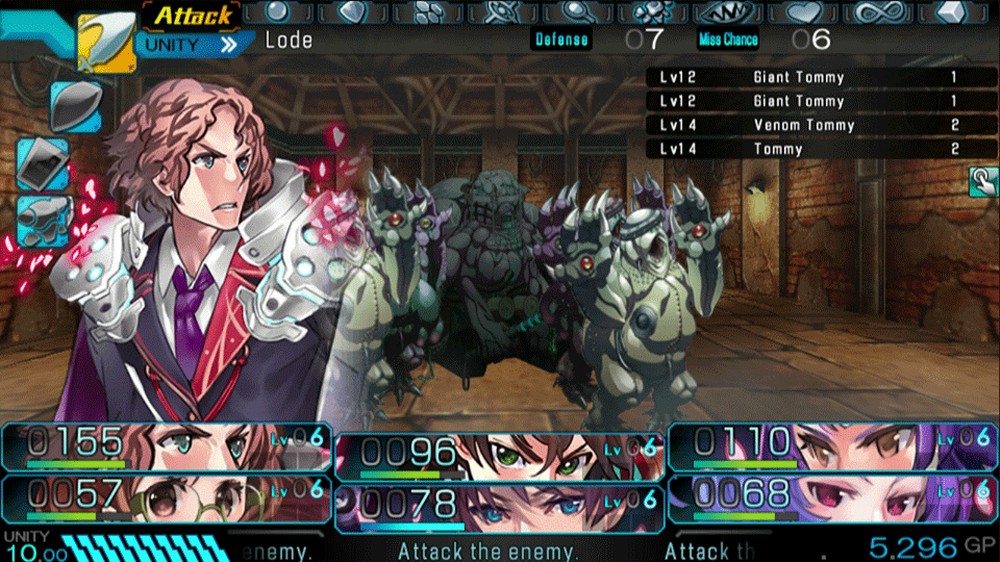 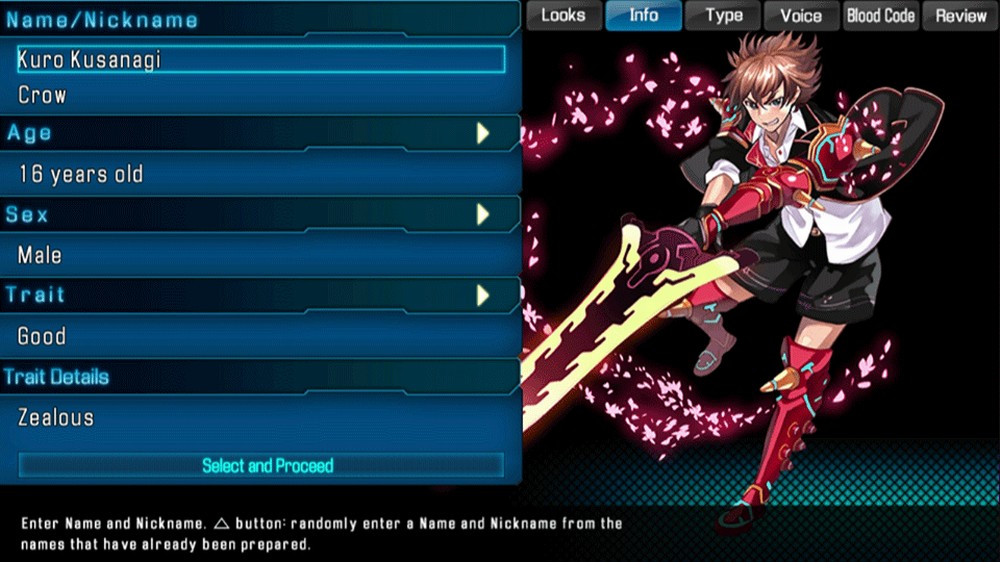 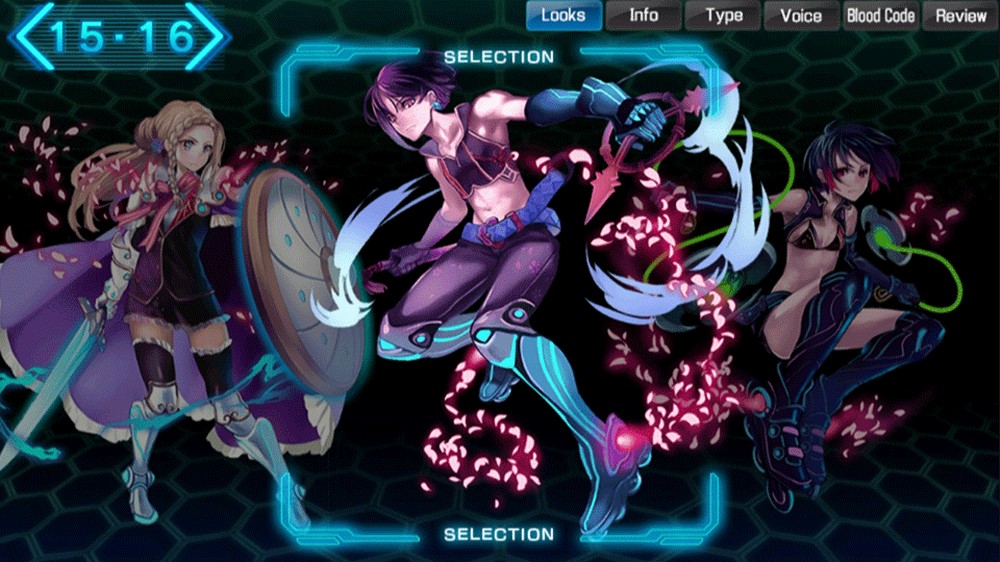 1
826
The Walking Dead: Saints & Sinners Review – Oculus Quest
2
732
Frictional Games Shows Off First Gameplay Footage of Amnesia: Rebirth
3
731
Metamorphosis is 33% Off on Steam!
4
731
Werewolf: The Apocalypse – Heart of the Forest launches on October the 13th
5
730
The Falconeer First-Look Preview – PC
6
730
Synth Riders Celebrates Anniversary with a Month Full of Treats and an Oculus Ques...
7
730
Worm Jazz Review – PC
8
730
Take to the Skies and Choose a Side in the New Trailer for Next Generation Air Com...
9
730
CRASH BANDICOOT 4: IT’S ABOUT TIME IS AVAILABLE NOW
10
730
Join the Galaxy’s Finest as Star Wars™: Squadrons Soars Into Homes Today
All Original Content on Game Chronicles is Copyright (c) 2002-2020
Sinjin Solves Walkthroughs Copyright (c) 1996-2020 by Mark Smith