Writing could use some polish, monster types are limited (at least in this early release)

Onikira’s off to a promising start and is pretty fun. I’ll be looking forward to the completed game.

A 2D side-scrolling brawler/platformer by Irish indie developer Digital Furnace Games, Onikira – Demon Killer is currently in alpha on Steam Early Access. While it’s still in its infant stages, and only a couple levels are available at the time of this writing, I had a generally positive impression of the game after running through the content currently released.

Set in a fictional world loosely based on feudal Japan, Onikira follows the adventures of Jiro, a warrior who finds himself fighting hordes of demons porting in from the underworld. Maybe we find out as the game plays out, but it’s not entirely clear to me how Jiro’s connected to the game’s intro, which describes some kind of eternal struggle happening in the underworld between an evil emperor (who’s achieved immortality through defeating a dragon) and a warrior chosen by and empowered by one of the world’s remaining dragons. In any case, I got that you fight a lot of demons, and it’s probably the evil emperor’s fault.

As an aside, the game’s title weirds me out just a little – Onikira technically translates to something more like ogre killer, and the subtitle in Japanese actually reads akuma kiraa, which more accurately translates to demon killer—but hey, not a big deal. It gets the idea across, is less of a mouthful, and maybe Jiro really does end up killing a lot of oni later on.  Anyway, again, this is an alpha release, and story and writing are typically secondary in games like this, anyway, so all of that’s all right. 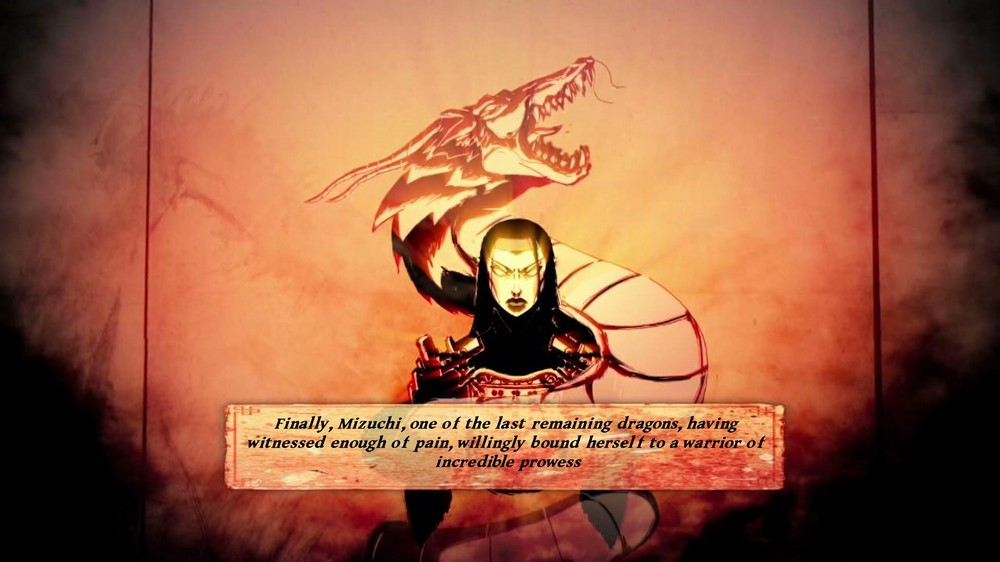 While Onikira is a PC game, it’s meant to be played with a controller. In fact, I’m not sure it can be played without a controller, as the game didn’t seem to respond to anything I tried on my keyboard. I found the controls fairly intuitive on a USB Xbox controller, though. If you’ve played other side-scrollers or beat-‘em-ups, you’ll probably feel right at home with the control scheme, which uses familiar buttons to jump, attack, dodge, and use secondary weapons, for instance.

The levels I played through featured frequent frenzied fighting-game-style skirmishes with gradually more challenging mobs of demons, solid staples of the platforming genre (double jumping, wall jumping, clearing collapsing bridges, outracing flames, and the such), and a couple of more epic fights against an appropriately giant samurai-zombie boss. Jiro also has access to four different weapons—katana (the standard sword), kama (two low-damage but quick sickle blades), naginata (a polearm with better reach but less damage than the katana), and tetsubo (a slow but high-damage iron club)—which, while enabling a fairly typical selection of move types, provide welcome variety to the combat. Not bad for a first couple of levels. 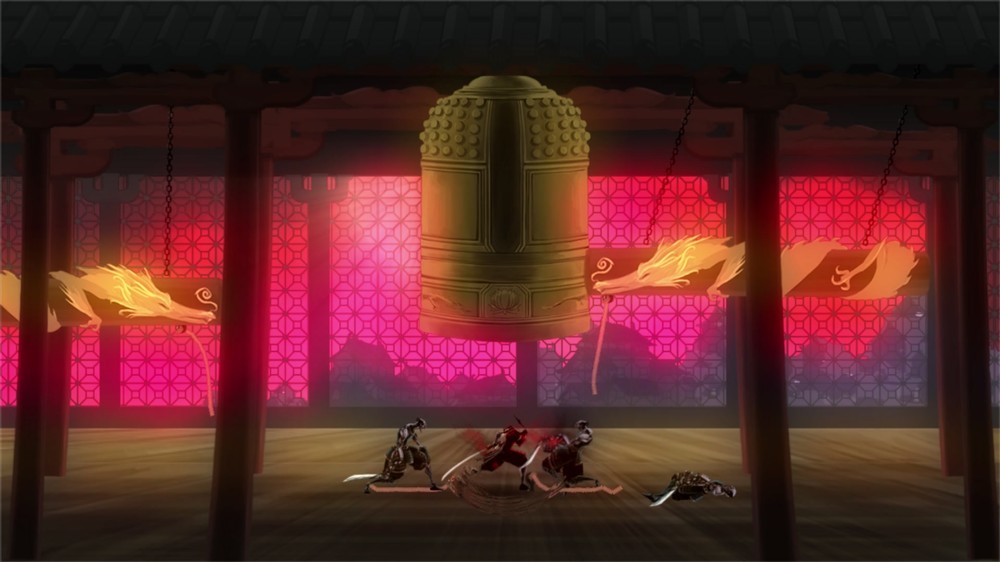 I enjoyed the simple and dramatic art style, which heavily employs solid black shadows a la pen-and-ink comic-book art and faintly echoes the hand-painted look of sumi-e. The overall effect reminds me of a shadow play, focusing more on the smoothly animated moving silhouettes of Jiro and his enemies as they dance across the flaming ruins of the background village, rather than on colors or excessive detail. There are some downsides to this approach—some of the enemies look a little too similar to each other to me—but overall, it’s an attractive game to play.

The music and sound effects also work well with the game, and while the background music sometimes cut out on me and didn’t strike me as particularly memorable, the metal guitar typical to the brawler genre provides a good underlying energy to the game.

In conclusion, Onikira’s off to a promising start and is pretty fun, even as is. I’m hoping that Digital Furnace introduces more creative gameplay elements, now that they’ve proven they have the basic mechanics down. A bit of proofreading and polish on the writing, as well as the capacity to save mid-game, wouldn’t hurt, either. I’ll be looking forward to the completed game. 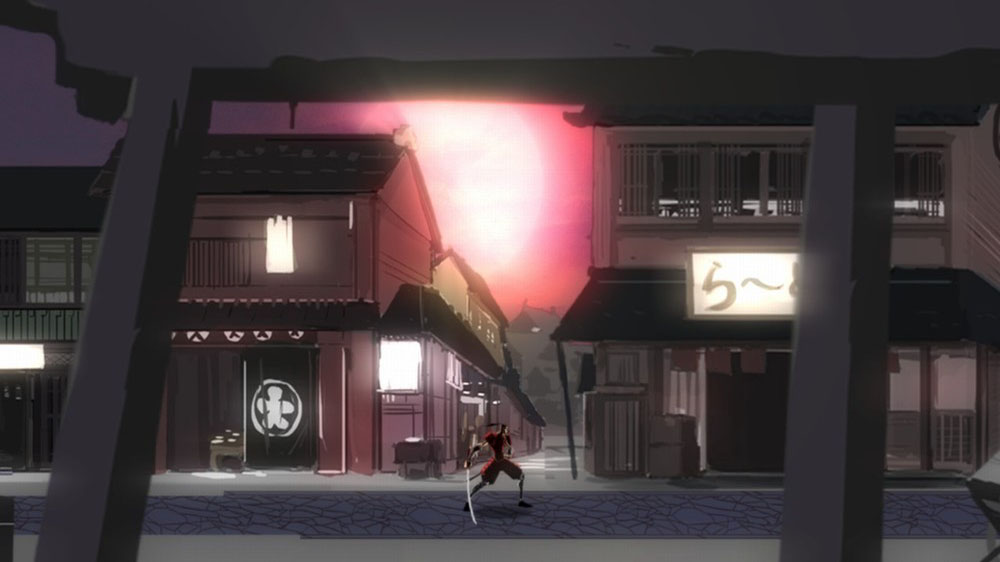 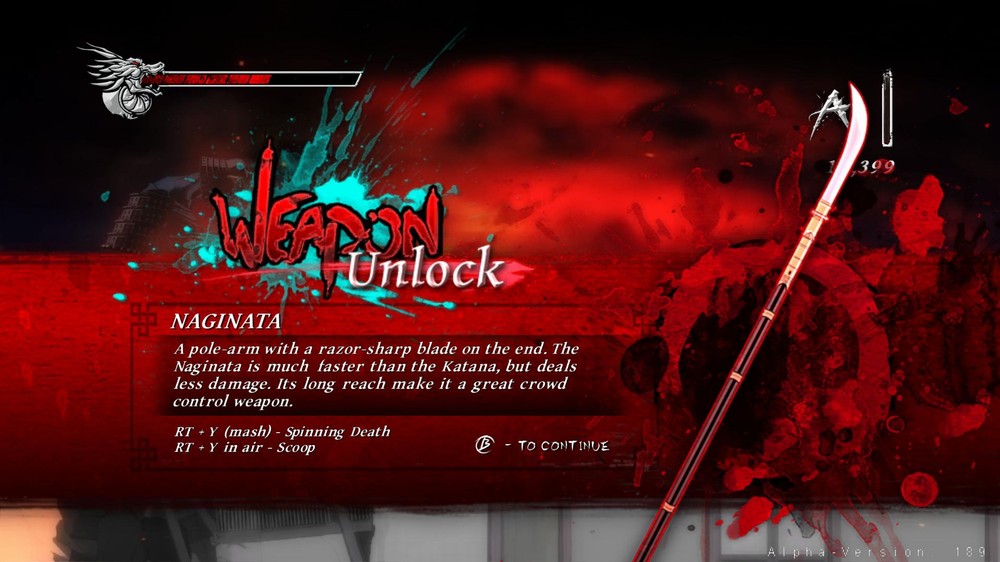 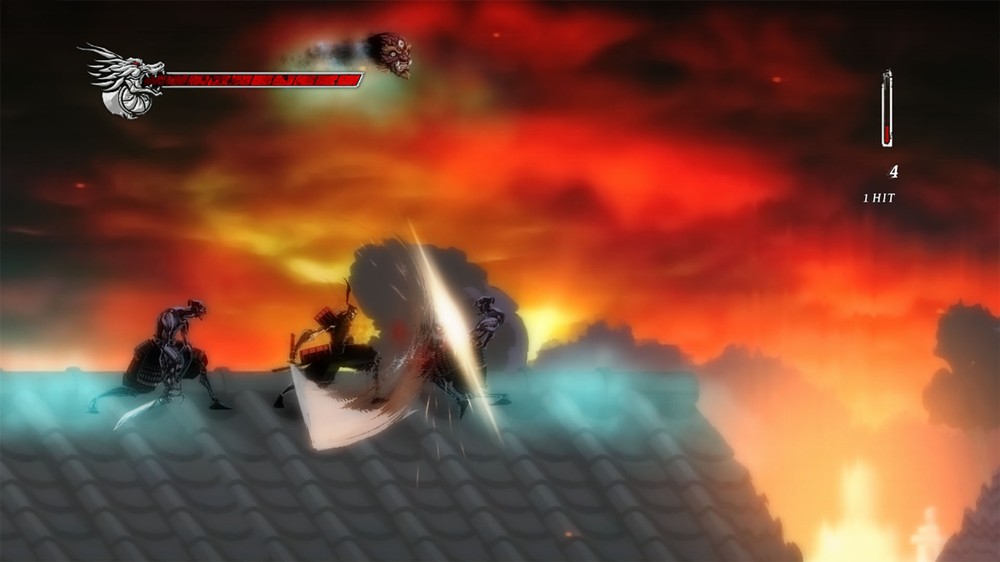 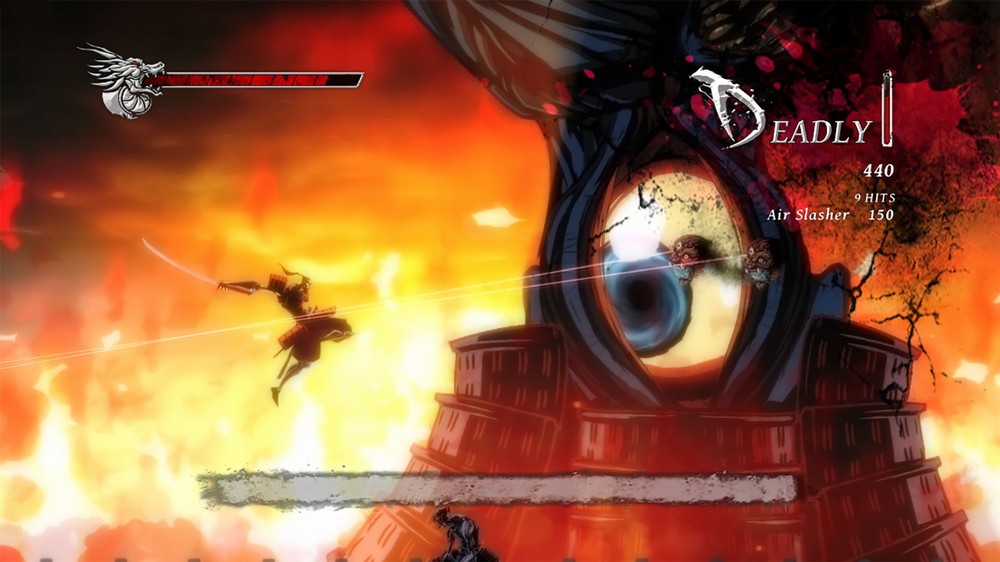 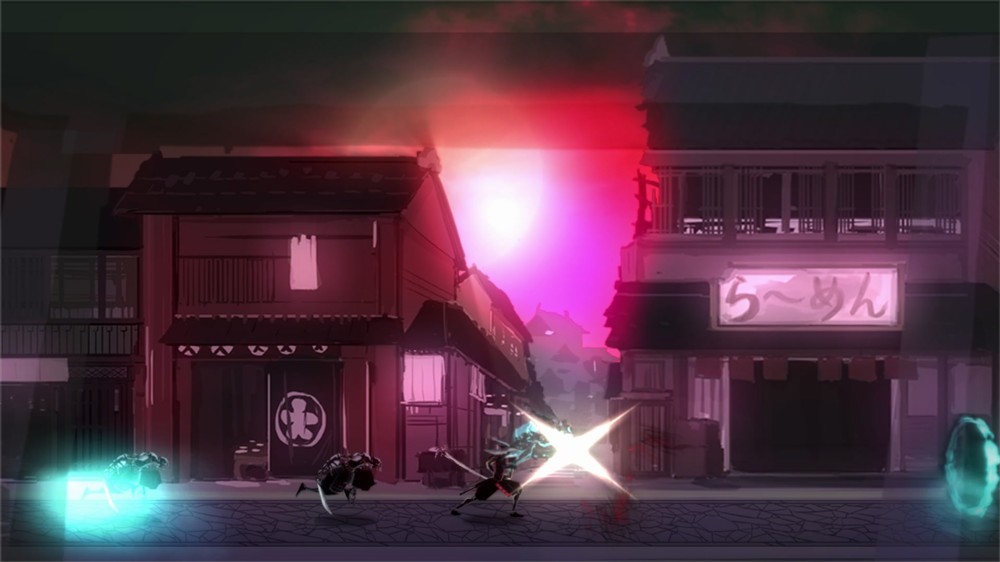 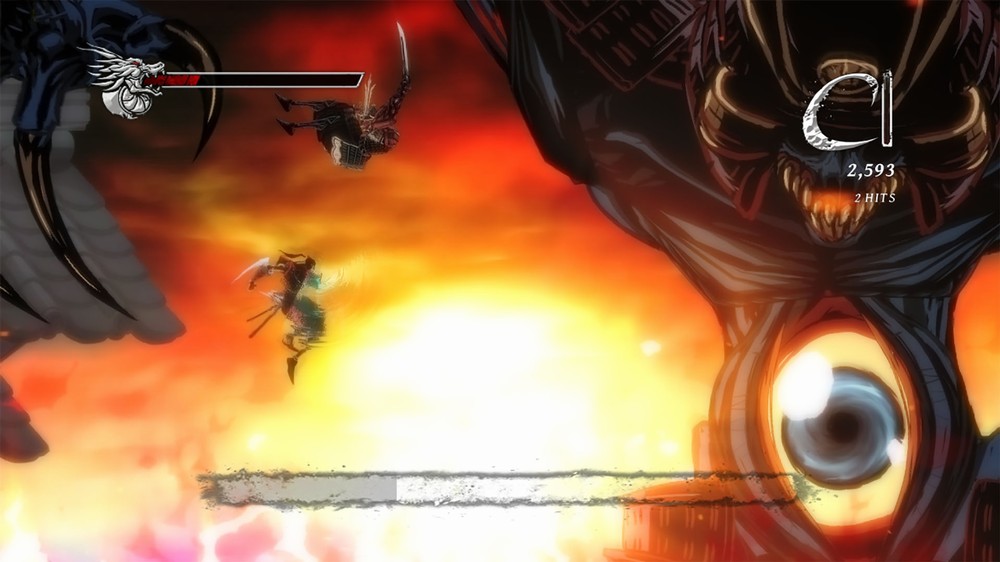 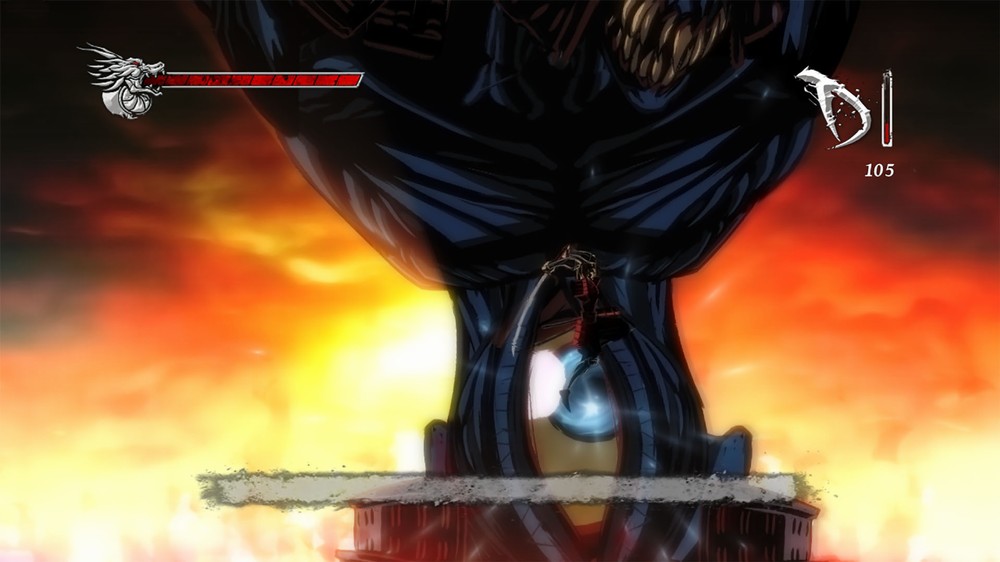