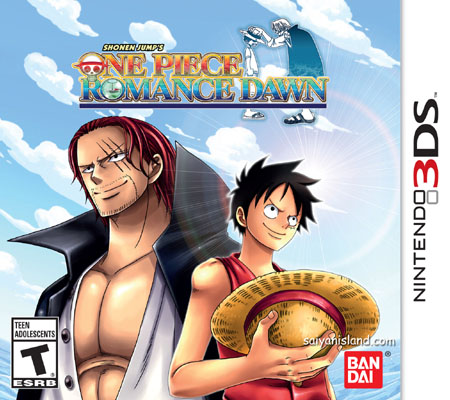 Romance Dawn is an adventure RPG that will only appeal to the most fervent One Piece fan.

It takes a very unique fan to appreciate authentic Japanese Manga and all of its quirky nuances – and the One Piece series is about as quirky as it gets.  In publication since 1997, One Piece follows the adventures of the young Monkey D. Luffy and his band of Straw Hat Pirates that set off to find One Piece – the world’s most sought-after treasure that was left by the former King of Pirates, Gol D. Roger, upon his untimely execution.  Monkey is a rather ordinary boy, except for one unique trait; his limbs have the ability to transform into rubber – a gift he was endowed when he ate a magical Dragon Fruit.

Romance Dawn is a handheld 3D adventure RPG set in the world of One Piece following Luffy and his band of Pirates on their continued quest to find Gol D. Roger’s treasure.  Like most of these Japanese-derived RPG titles, Romance Dawn is heavy on the dialog and fairly light on the actual exploration.  Just to put things in perspective, before the gamer even gets their first chance to control Luffy they must endure over 25 minutes of dialog-filled cutscenes which set the premise for the upcoming adventure. 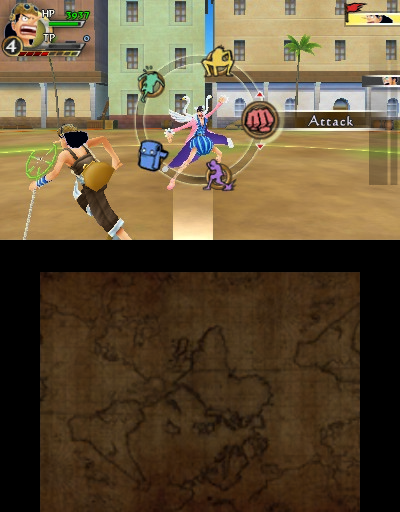 The exploration is also heavily reliant on dialog as gamers wander each area – city, dungeon, etc.  – in search of treasure.  When the party encounters another NPI, iit often sets off another series of verbose dialog scenes – generally nonsensical, but each in some way important to the progression of the game.

Sadly, combat is entirely turn-based – and while the antiquated combat scheme may seem suitable against the higher profile boss characters, against the most basic enemies the concept of turn-based fighting feels a bit out of place in the modern age of gaming.  Avid RPG fans will cite an augmented sense of strategy from turn-based fighting, but the strategy is so rudimentary in Romance Dawn, that it becomes an exercise in button-pushing.

The level and character design is very basic, and the overall presentation is nowhere near the quality of that which we find in a similarly-themed Final Fantasy title.  The characters all deliver their dialog through a series of still portraits that pulsate to indicate which character is delivering each text box.  Considering that these scenes often breech the 15 minute mark, paying attention to the meandering storyline is even harder than it seems on the surface.

On the bright side, every now and then Romance Dawn snaps into a full-motion video segment from the actual anime.  These segments are a welcome relief from the rather static dialog segments, but are all too short-lived.

I cannot lie, I have never been much of a fan of turn-based RPGs – but over the years some have really caught my attention.  Romance Dawn is not one of those games.  The nonsensical storyline, rudimentary combat system, and the meager presentation leave little room for recommendation.  Fans of the manga and anime may find something to enjoy in Romance Dawn, but most gamers will want to look elsewhere. 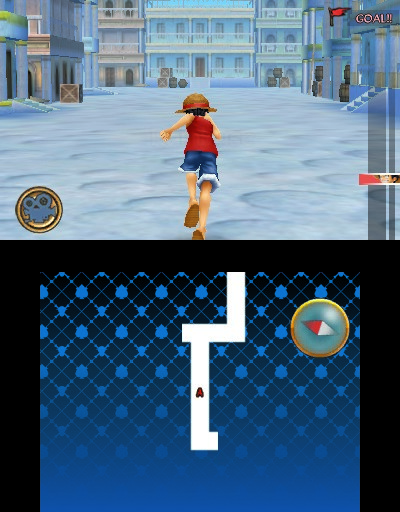 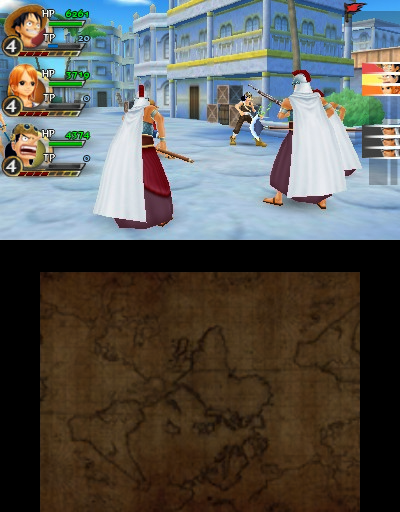 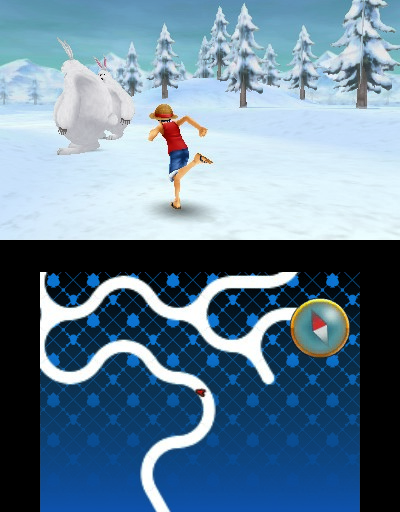 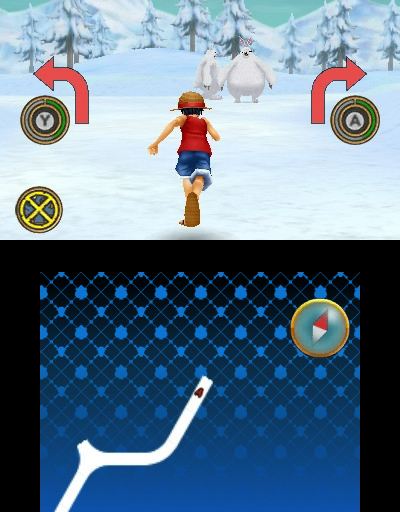 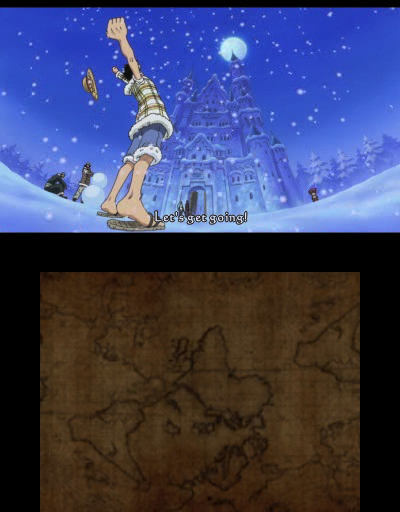 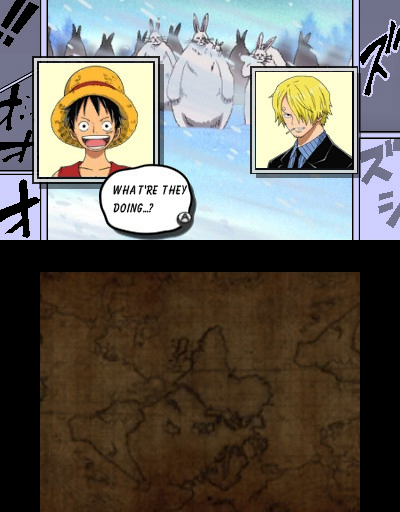 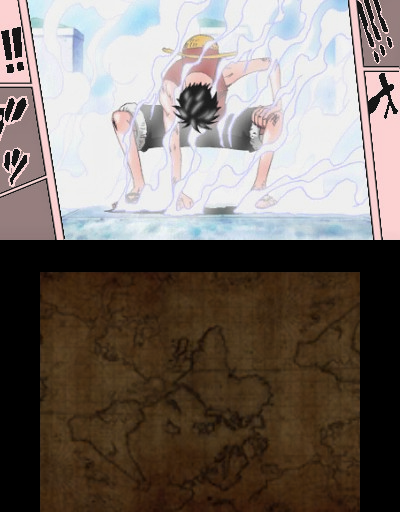 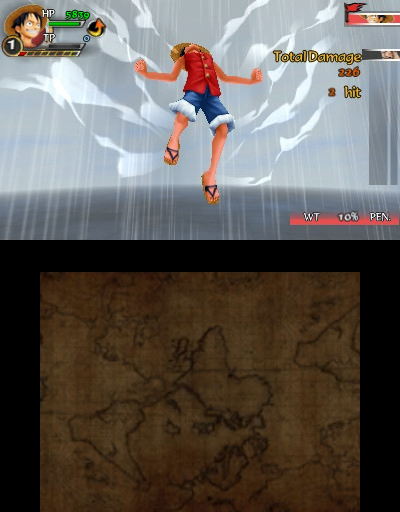 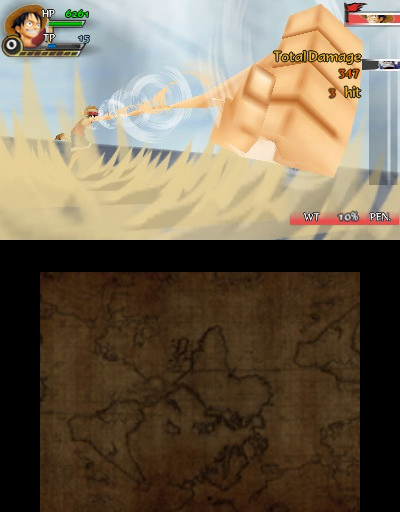 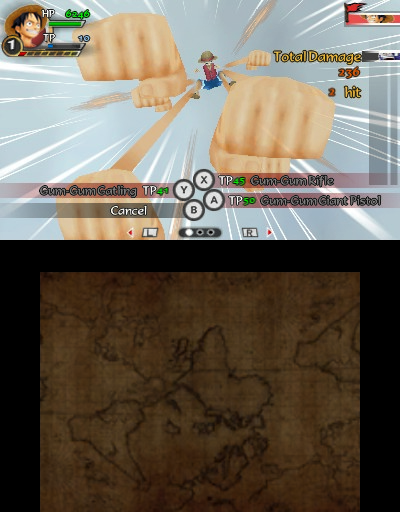 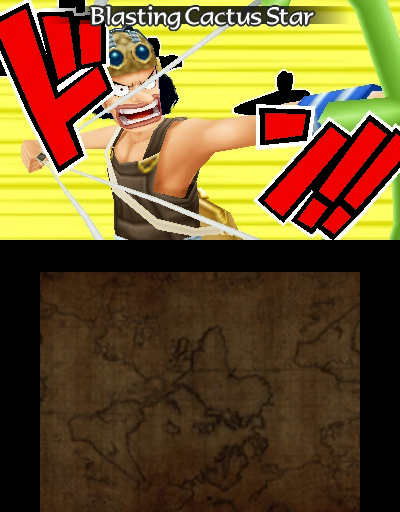 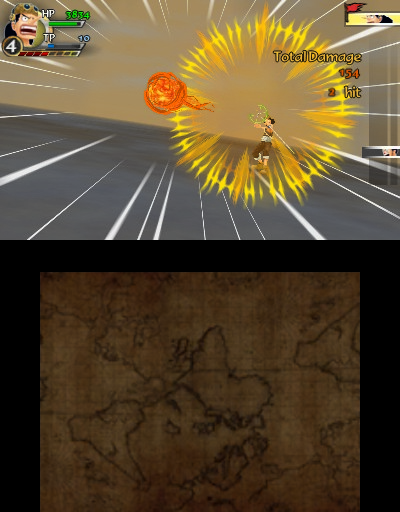 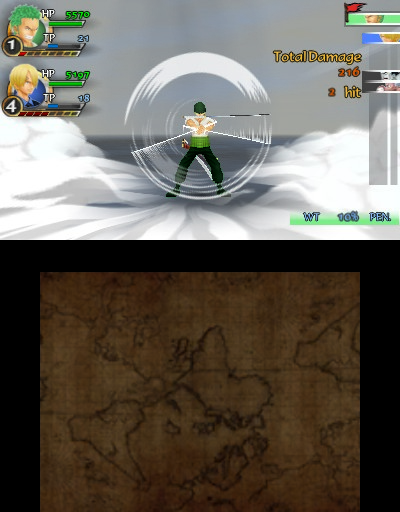