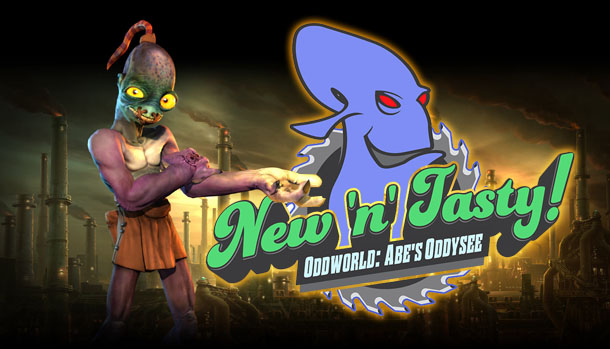 Trial/Error design combined with old-school platform difficulty could prove frustrating for some.

This is hardcore platform puzzle-solving at its finest and a definite contender for Platformer of the Year.

Before I started writing videogame reviews in 1999 I got my start writing videogame walkthroughs and strategy guides in 1995.  Between 1995 and 2000 I wrote more than 30 online guides including three for the various Oddworld Games – all of which can still be found at sinjinsolves.com.    The original Oddworld: Abe’s Oddysee is still one of my favorite platforming games of all time, so when I heard that Oddworld Inhabitants was remastering the game for a new generation of gamers and hardware I was understandably excited.

With so many “HD remakes” coming out these days (especially on the PlayStation) it might be easy to dismiss Oddworld: New ‘n’ Tasty as just another cash-grab, but nothing could be further from the truth.   Yes, the characters, story, movies, and even the level design and layout are identical to the 1997 version, but every 2D pre-rendered asset has been scrapped and the entire game has been rebuilt from the ground-up in glorious 3D with exciting new camera work to showcase this new multi-layered reality.  While the original game featured static 2D screens that flipped when you walked off either side, the PS4 version allows for smooth scrolling of magnificently detailed 3D levels that you can navigate in both foreground and background sections, giving the game a much more connected and expansive feel.

What this means for fans of the original; especially super-fans like me who have played the game at least six times, is that there is this fantastic element of Déjà vu while exploring this gorgeous new game.   The level designs are identical as are the secret areas and Mudokon rescue locations – I’ve confirmed this by playing New ‘n’ Tasty while using my old strategy guide from 1997.  The one thing the designers did do differently is they upped the rescue count from the original 99 to 299, which means that secret areas that used to contain 2-3 Mudokons may now contain 8-12.  This certainly adds a bit more challenge to the overall game as well as making my online guide a bit more problematic to follow since I reference everything by the Mudokon numbering scheme. 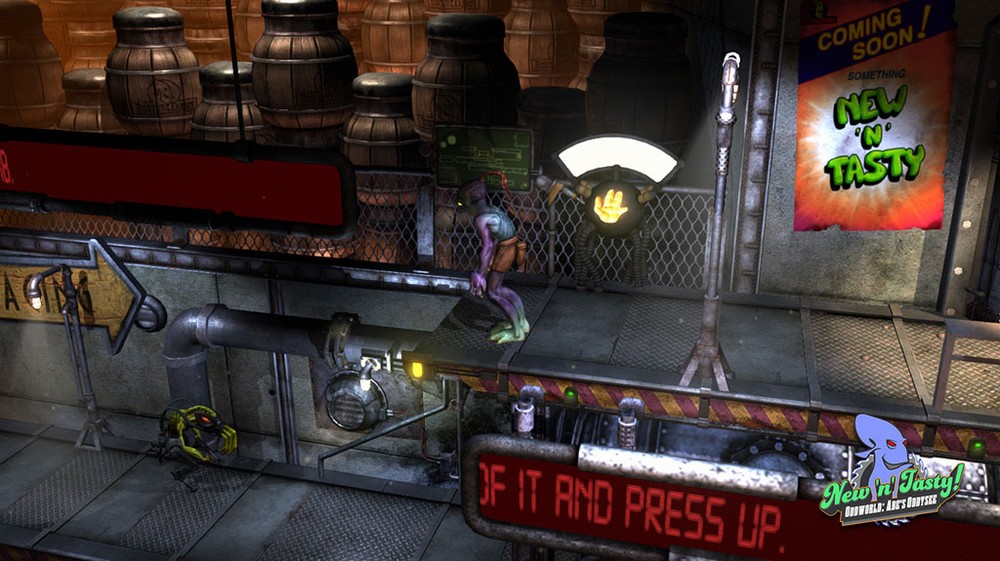 At its heart Oddworld is a puzzle game that demands keen situational awareness then figuring out how to manipulate the environments and inhabitants to solve the immediate puzzle.  The story centers on Abe, one of many Mudokon workers slaving away to make tasty treats for their ravenous Glukkon overlords, but when food sources start to dwindle and profits start dropping, the Glukkons decide to turn their own workforce into a new line of snack foods.  Abe learns of this treacherous plot while working late one night and immediately sets off to rescue his co-workers while simultaneously being pursued by an army of factory workers known as Sligs.   This is all setup in a fantastic new opening movie that seamlessly transitions into game graphics that mirror the 1080p cutscene quality.

The game is divided into numerous chapters, each set in a unique and somewhat alien environment all designed to test your puzzle-solving skills.  Your goal in any area is to rescue any and all Mudokons while avoiding or killing any nearby Sligs, Scrabs, or Slogs and working your way through all sorts of incredibly dangerous devices and traps.  The game is open to experimentation with multiple ways to get through each area.   Abe is able to communicate with his coworkers and give simple orders like “Follow me” or “Wait” as he leads them to a rescue portal.   He is also able to possess Sligs and manipulate them to pull levers, shoot other enemies, or simply self-destruct.    The sheer variety of gameplay is astounding considering this is a 90’s platformer.   You get to disarm bombs, toss grenades, and use stealth tactics to hide in shadows, avoid motion sensors, and even engage in a bit of audio Simon Says with the game’s brilliant GameSpeak. 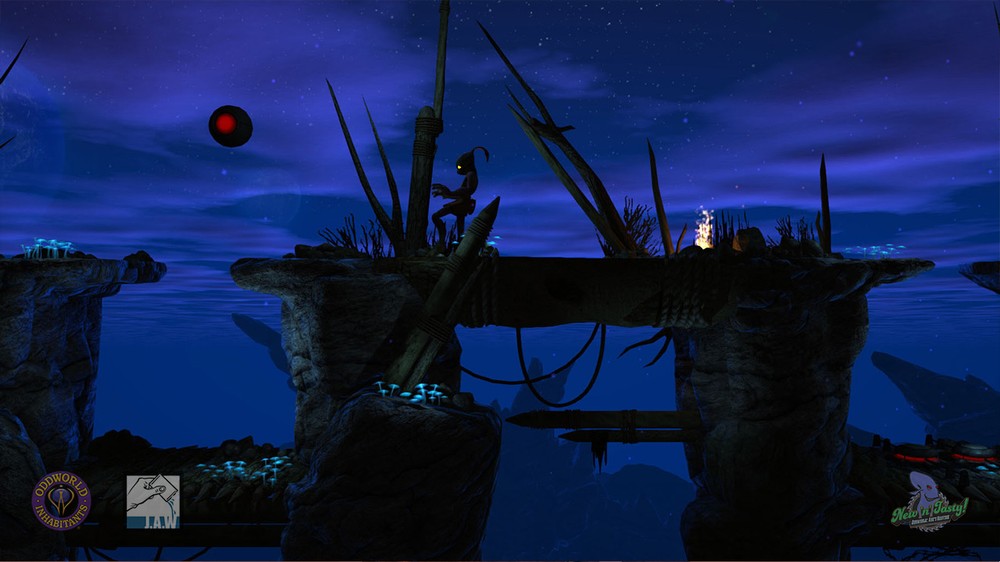 Throughout the game Abe (and possessed Sligs) are able to say a variety of words and phrases to manipulate their environment.  Abe can grab the attention of a single Mudokon or all of them then command them to move or wait.  As a possessed Slig you can yell “Look Out!” and Mudokons will duck down allowing you to fire your weapon over their heads.  Those are just a few examples of what you can say, but even more amusing are the random mutterings you’ll overhear from your co-workers.  All of this combined with fantastic environmental sounds and a wonderful score make this an outstanding audio presentation that easily keeps up with the visual upgrade.

There are a million ways to die, and the game is very generous when it comes to check pointing your progress, but perhaps the best feature in this new PS4 remake is the quick-save and quick-load feature assigned to the DualShock 4 touchpad.  Tapping the touchpad saves your progress while holding it down will load your last quick-save, and this is very important if you are going for a perfect game.  Yes, New ‘n’ Tasty will reward you with not only saving all 299 Mudokons, but doing so in three hours or less.  The touchpad saving and loading is crucial in this endeavor, since the built-in checkpoint system will not restore any recently deceased Mudokons.  Numerous tote boards around the level will keep you up to date on your progress. 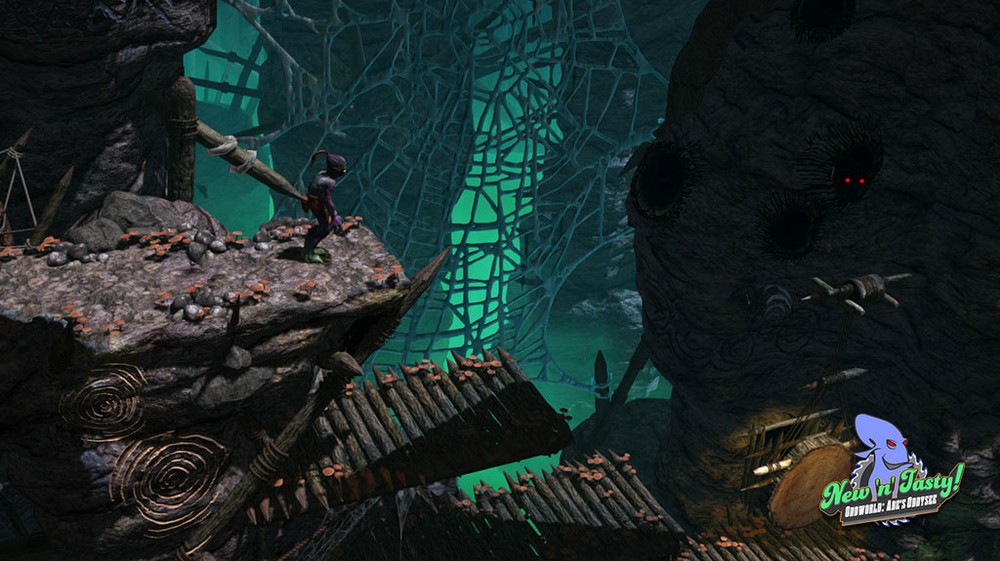 I was surprised that the designers chose to keep the loose control scheme from the original game.  This was always a bit of a controversy back in 1997 when gamers complained that Abe was always taking an extra step after running and jumping or rolling off ledges to his doom.  Yes, he still does that, so I can only conclude that this movement “glitch” is actually an intended feature of Abe’s movement design, forcing you to be just that much more careful; perhaps using the analog stick to vary the speed or even resorting to the L1 sneak mode when navigating dangerous areas.

There is definitely a lot of trial and error when trying to figure out some of the more advanced puzzles in Oddworld: New ‘n’ Tasty, but the charming visual design and freedom to explore different solutions makes this game anything but boring or repetitive no matter how many times you die trying to roll under that meat grinder.

Oddworld was certainly an ambitious title when it released in 1997; a testament to just how well it holds up today despite a few annoying elements that have since been improved upon in other games but intentionally remain in New ‘n’ Tasty.  But that only adds to the authenticity of the game; especially for those who had the privilege of playing the original.

Newcomers to the Oddworld franchise or those who may have only played Oddworld: Stranger’s Wrath are sure to delight in experiencing the roots of the series, while veterans of the franchise are going to love the next-gen transition to 3D and 200 more Mudokons to save.    Available for only $30, Oddworld: New ‘n’ Tasty is a cross-buy digital game that you can enjoy on both your PS4 and Vita (coming soon), and even transition between the two with cross-save capability.  This is hardcore platform puzzle-solving at its finest and a definite contender for Platformer of the Year.

You can watch the first hour of our live gameplay if you want to see the game in action. 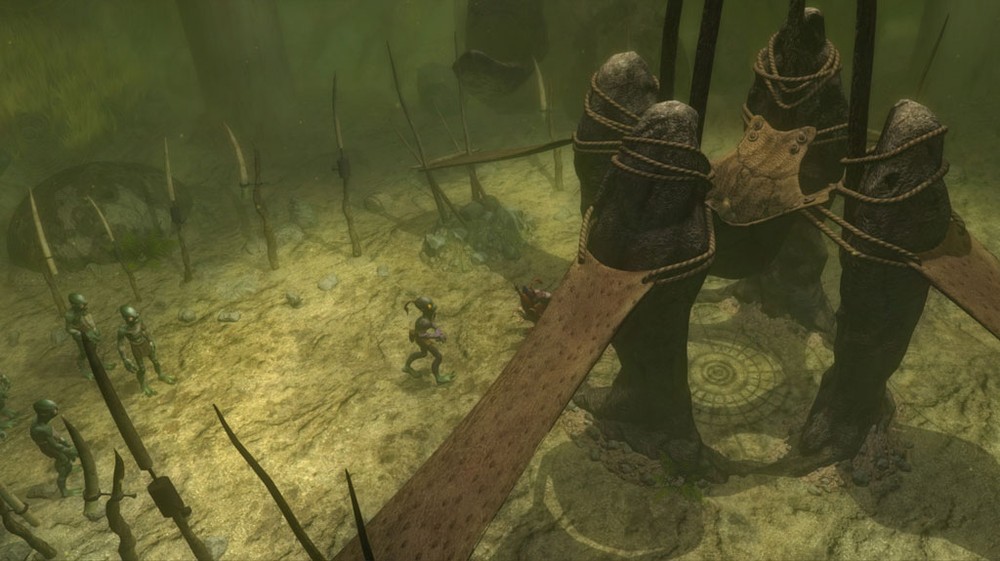 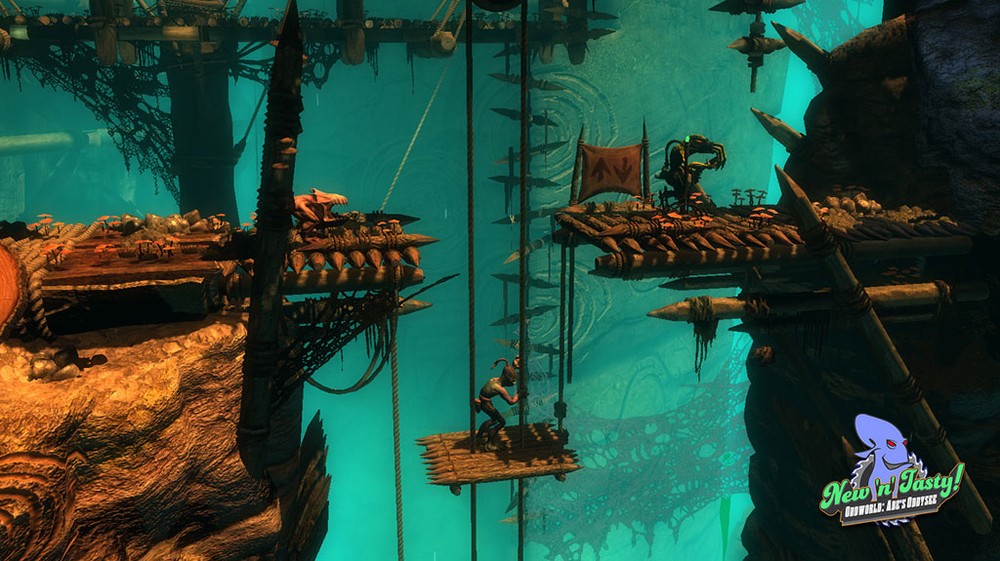 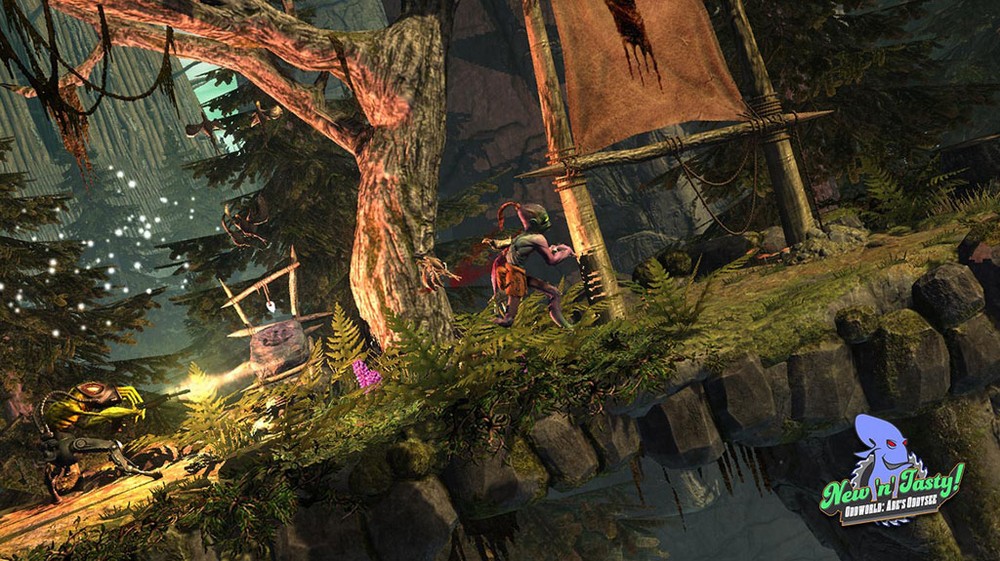 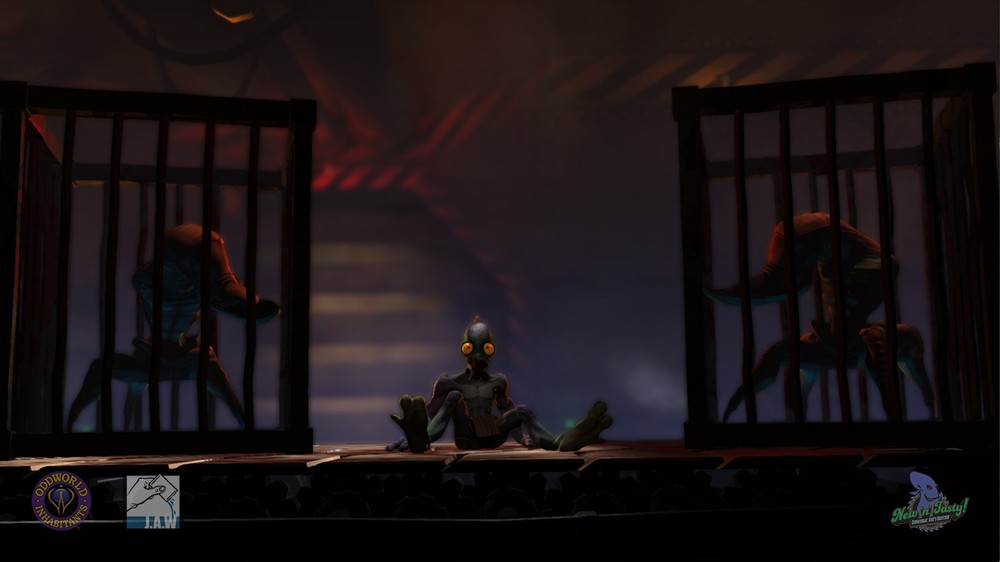 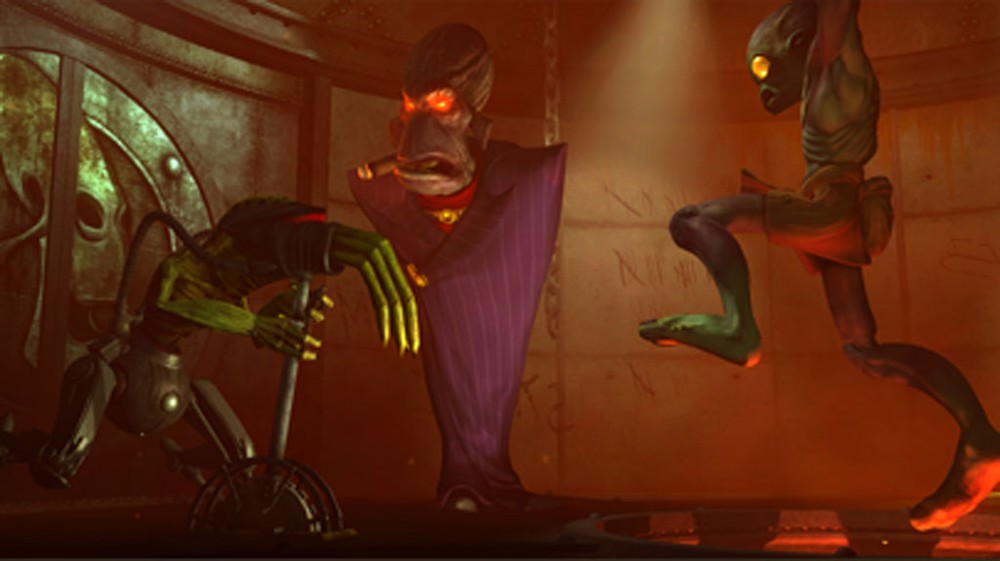 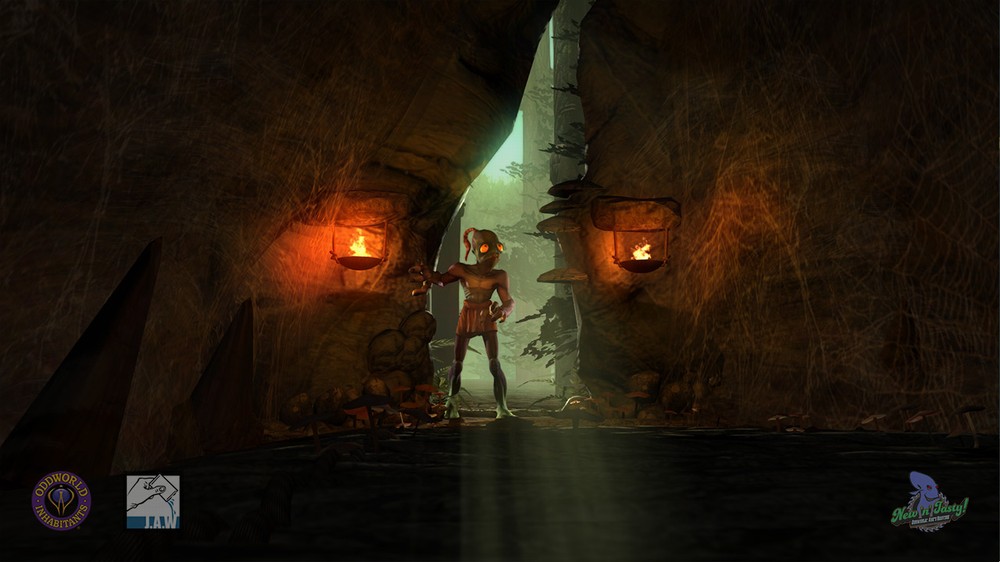 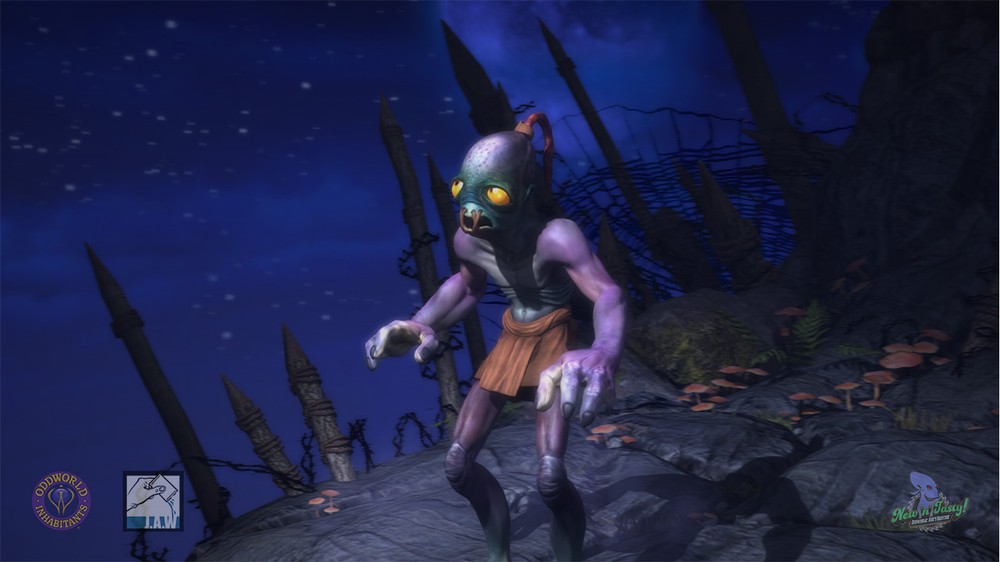 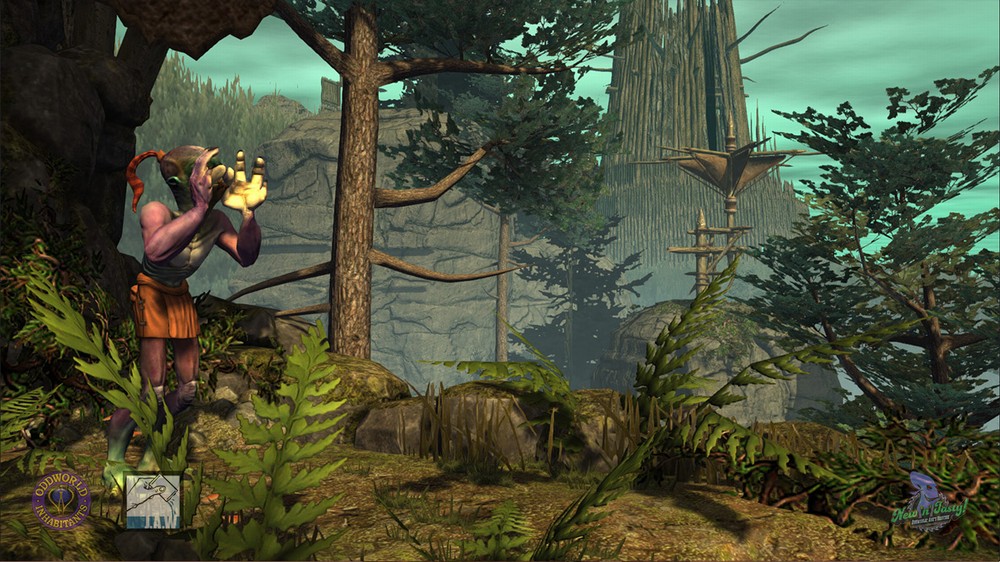 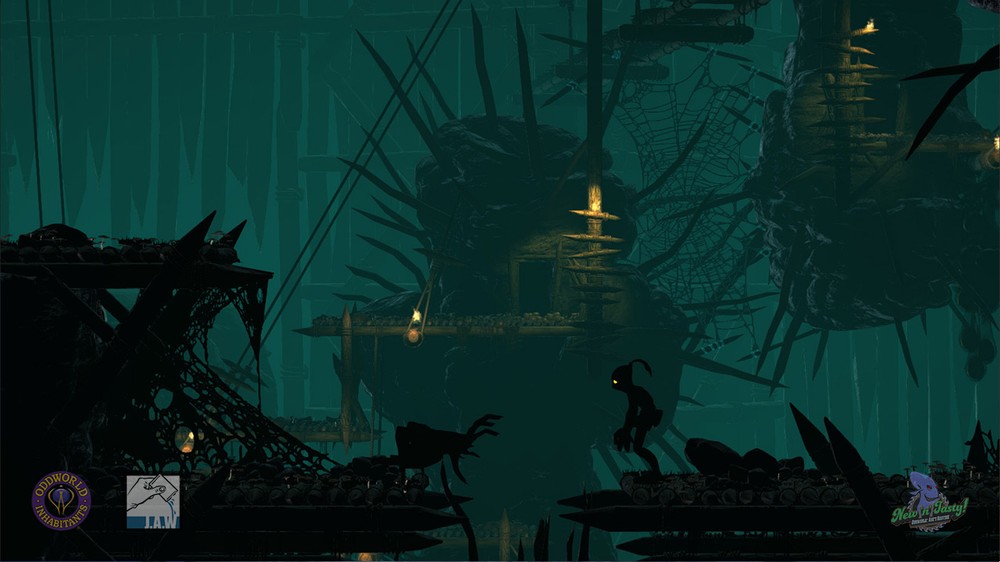 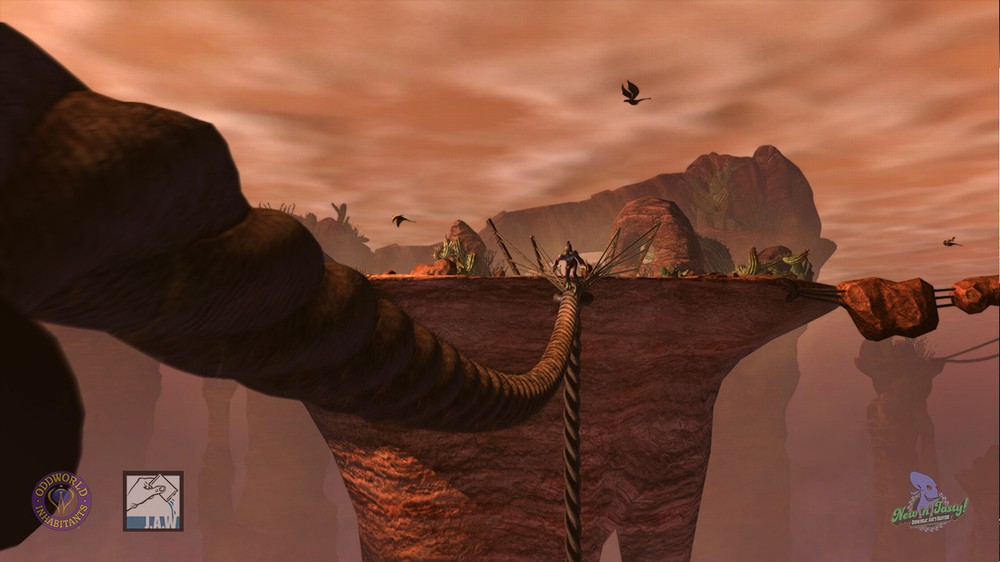 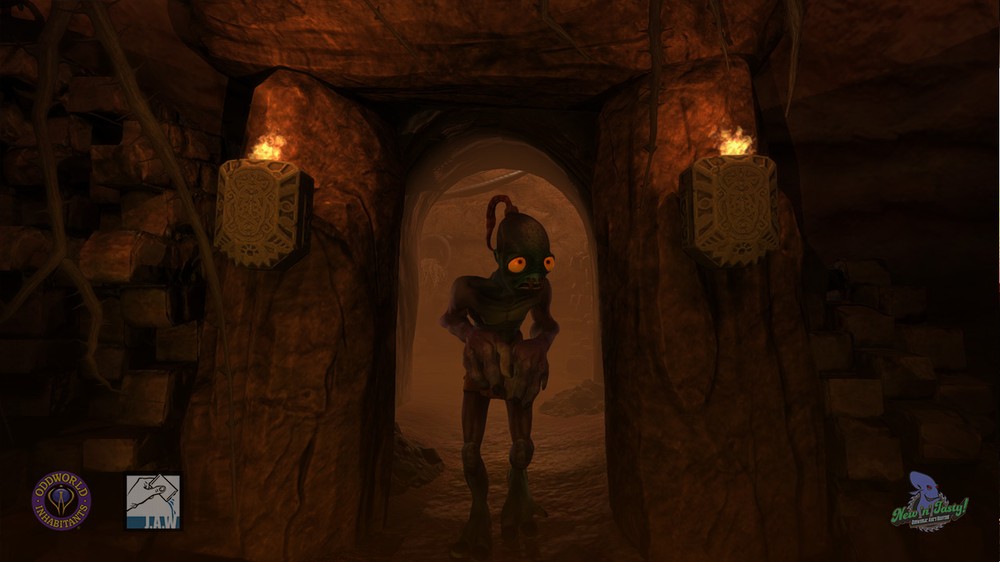 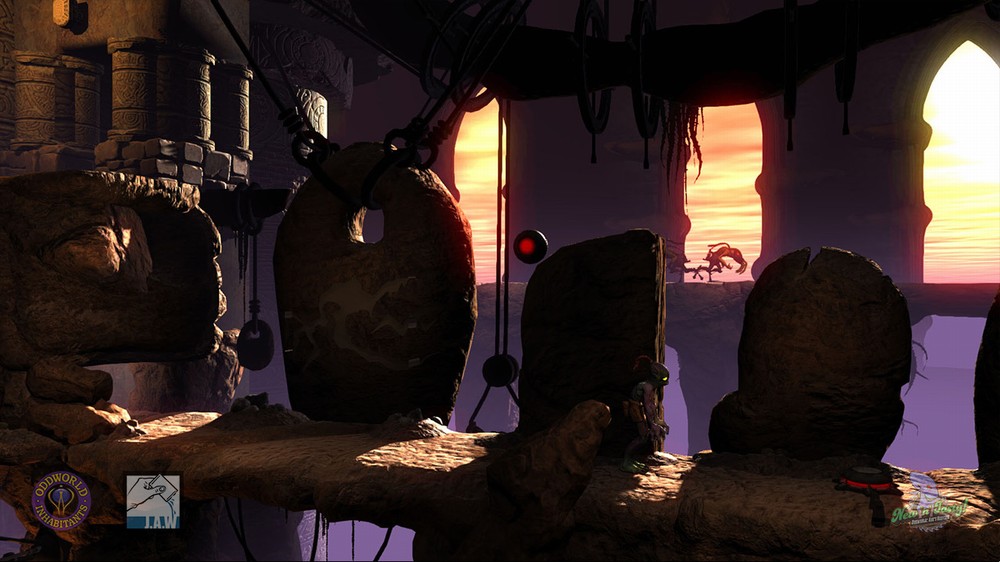