Insanely steep learning curve, short on core content, more fun to watch somebody else play than try it yourself

Play this game now before E! turns it into their next reality show.

Octodad: Dadliest Catch is the latest indie-darling to arrive on Steam, and it’s taking the gaming world by storm thanks to its quirky charm and fiendishly difficult gameplay.   The premise is so far out there it seems the developers were playing a game of Mad Libs when they created the design docs for this action-adventure.     Initially conceived by a group of university students in 2010, I can only imagine the excessive amount of cannabis smoke and giggling coming from the dorm room as this game was brought to life, but it would take nearly three more years and a successful Kickstarter campaign to get to where we are today.

So, you play as Octodad in what can only (and quite literally) be described as a “fish out of water” story.   Octodad, as you might guess, is an octopus who manages to stuff himself into a tuxedo and top hat to marry the girl of his dreams.   We’re never quite sure who is in on the freak show.  The wife and kids seem to be perfectly okay with his bumbling antics and blubbering speech, but it seems that others can and will grow quite suspicious of his clumsiness, as stealth become a core element of the entire game.  Octodad even has an arch-nemesis, a sushi chef who has plans to add dad to his menu.

Gameplay consists of having Octodad do everyday activities like chores around the house, shopping with the family or even a trip to the local…YIKES…aquarium.  These backdrops may seem like mundane activities for the average dad but when you insert a clumsy octopus into the scenario endless hilarity is sure to ensue along with a healthy dose of frustration. 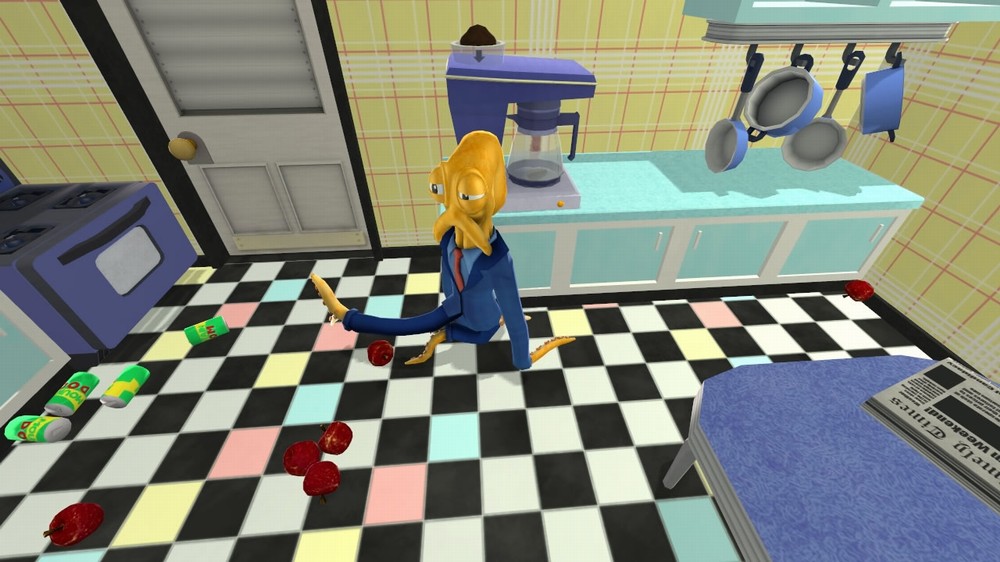 This is normally where I would complain about the game’s horrible controls, but that is the ENTIRE POINT of the game – the horrible controls.   Controlling Octodad comes with a steep learning curve that will extend well beyond the initial training level at the church wedding.  Regardless of whether you are using a mouse and keyboard, DualShock 4 or Xbox 360 controller, manipulating Octodad require the skill and precision of a master puppeteer.   Something as simple as making a cup of coffee is akin to performing a heart transplant in Surgeon Simulator 2013, but even when the imprecise controls fail you, it only fuels the fires of humor and charm that keep you from smashing your gamepad against the wall.

For those who want to escalate the hilarity at the risk of friendships and additional controller damage, you can play Octodad with four people cooperatively with each player taking control over a single limb then having to work in harmony to solve puzzles that are barely solvable by a single player.  You can even toggle an option to swap the limb controls after each completed puzzles so just when you master walking with the left leg you are suddenly controlling the right arm.

The ongoing gag is to have Octodad walk around and complete his lists of tasks under the watchful gaze of others.  If he creates too much of an awkward scene the awareness meter starts to fill, but this mechanic was so slow and non-threatening that the only time you are really in danger is at the aquarium where employees can literally sniff you out.  For the most part you can leave a trail of epic destruction in your wake and seldom fill that blue bar more than 50%. 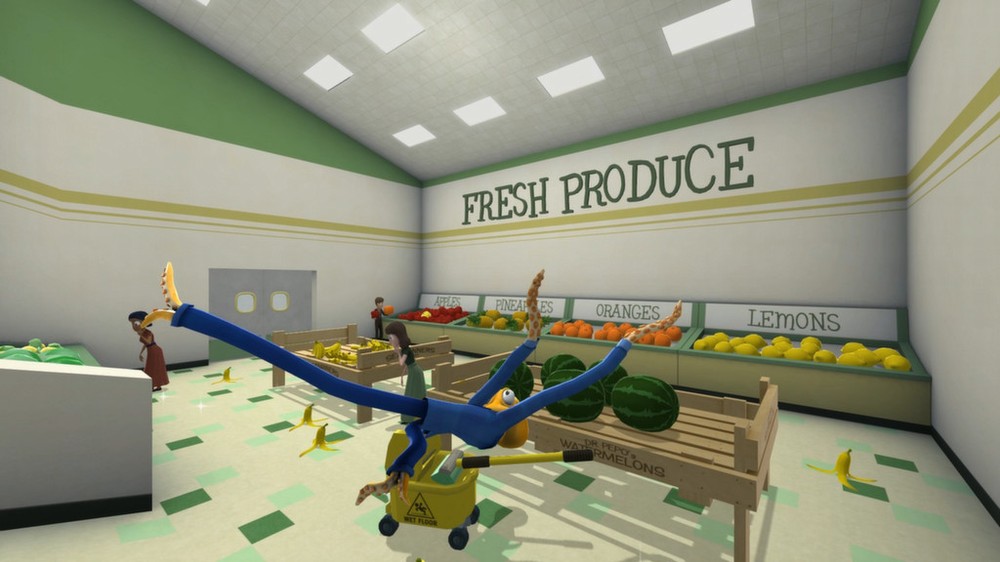 After about an hour you’ll finally get the hang of walking by alternating left and right leg triggers combined with analog stick for direction, and you can flail that right arm around and toggle your suction cups for grab and release.   You’ll even get to test your skills in various arcade games like basketball and air hockey.   In each level there are three neckties you’ll want to find, although these almost always require additional exploration and destruction outside the normal parameters of the task at hand.  Additionally, there are small costume enhancement like hats and glasses you can add to Octodad’s stylish wardrobe.

Octodad looks great with a colorful art style not unlike that of The Simpsons; nothing too lavish when it comes to detail and textures, but enough comic book charm to keep things entertaining.  There is a surprisingly set of options and toggles for the graphics and you can see how these settings take effect in real-time, but even a modest PC should be able to handle max settings.   A lack of camera control can makes things even harder than they need be, and you’ll often find yourself walking into the camera or getting lost behind objects in the foreground.   The audio is just as delightful as the graphics with great dialogue from all the human characters and this crazy blubbering from Octodad that is crudely translated with broad descriptive terms.  I really enjoyed the opening theme song that reminded me of the “Psycho Dad” theme song from Married With Children.

Octodad is fairly short and can be finished in a few hours depending on your mastery of the controls, but even when the main game is over there is a wealth of additional content thanks to Steam Workshop support.  Young Horses has graciously provided the same level editor they used to create the game, so the community can keep the slapstick humor going with new levels and mods by fans and even some new content from the original creators.

Honestly, anything I write and even the screenshots don’t do this game justice.  You really have to see it in action to appreciate the sheer genius at work here.  If you think you have the patience, skill, and persistence to master one of the most challenging games of 2014 (so far) – a game where walking in a straight line is nigh-impossible – then Octodad: Dadliest Catch is ready to serve up a healthy portion of laughs and smiles.   Tartar sauce not included. 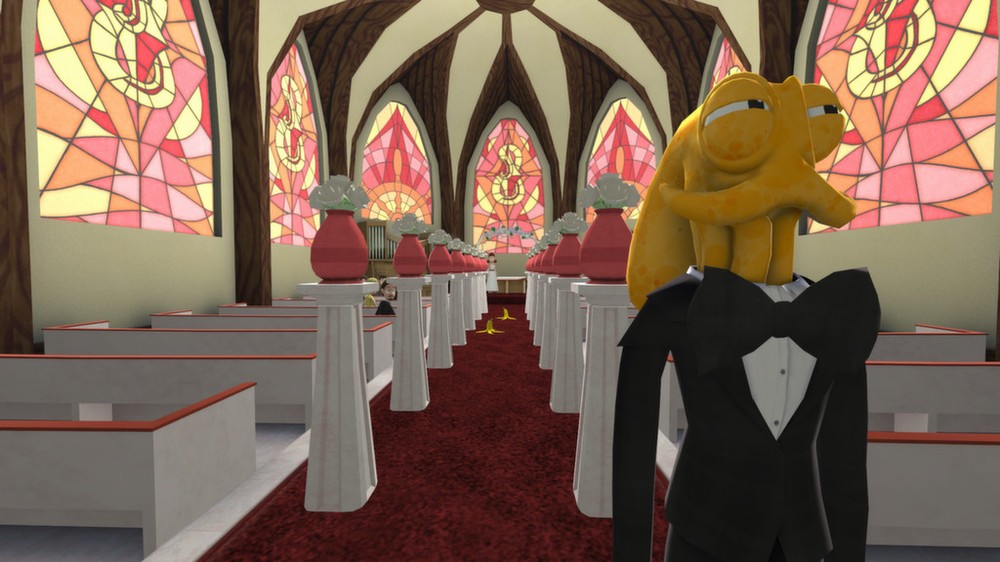 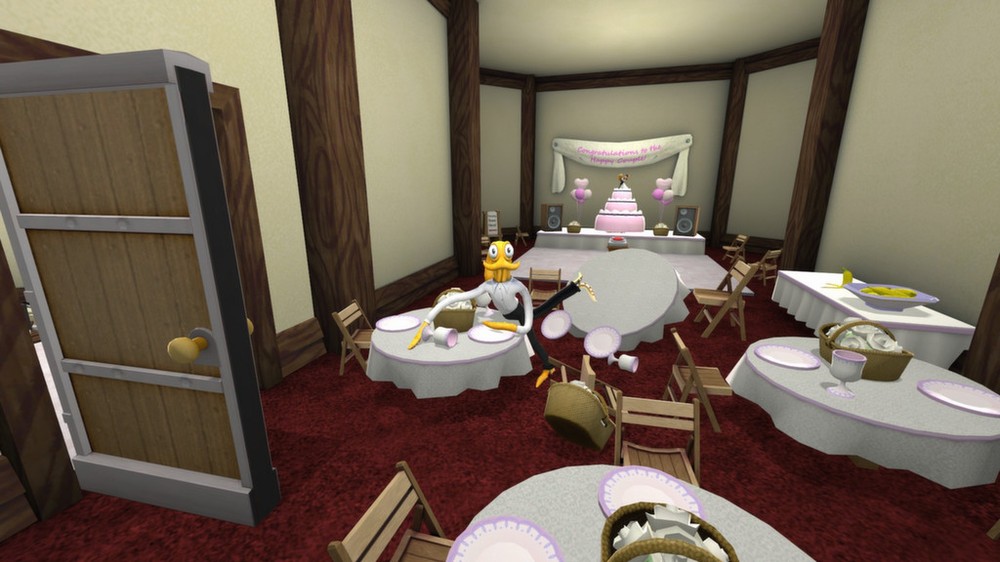 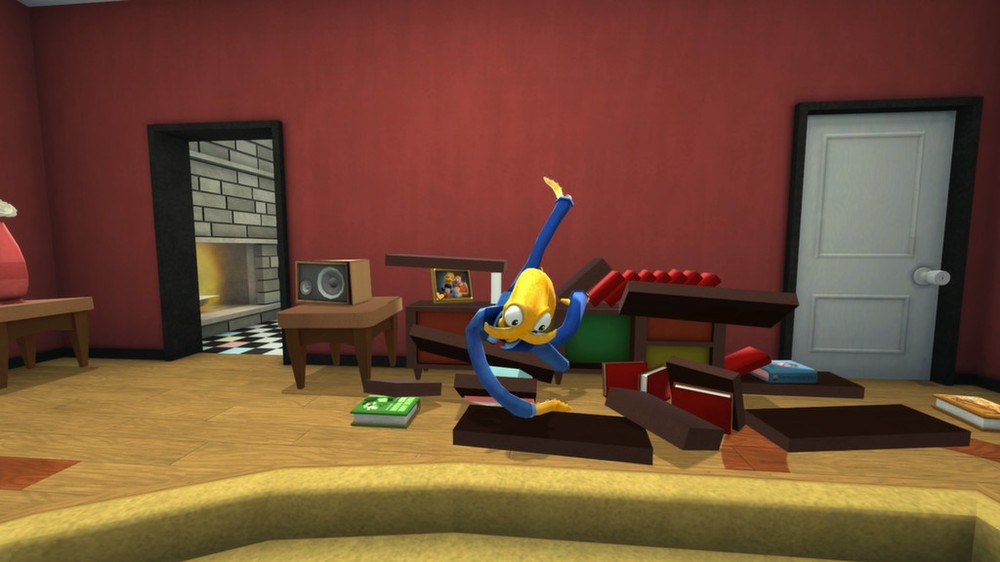 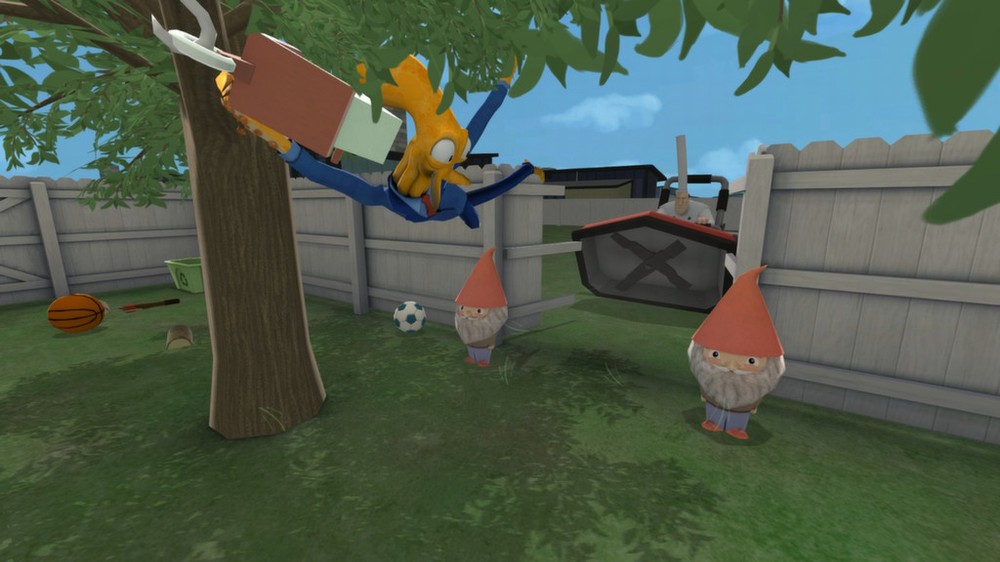 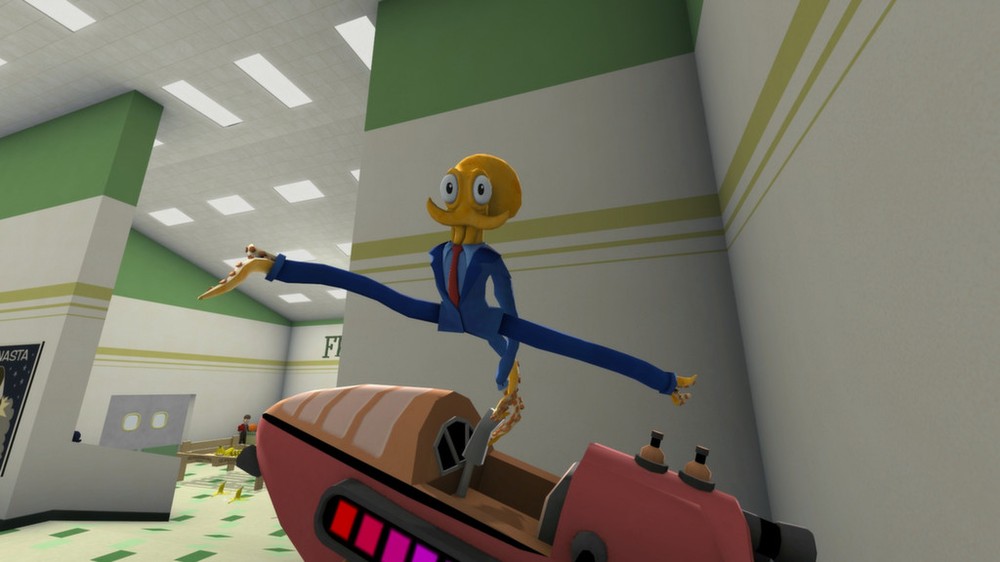 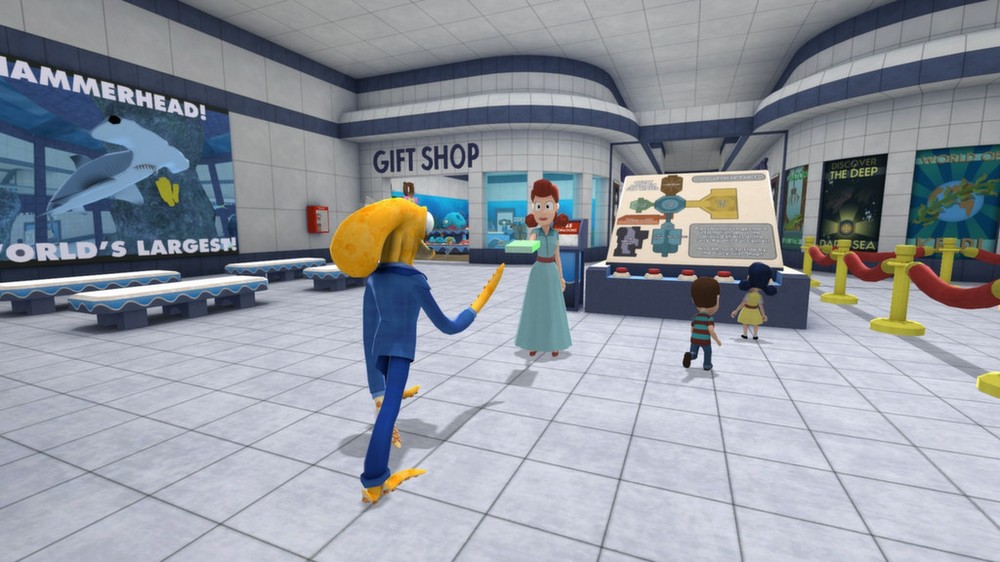 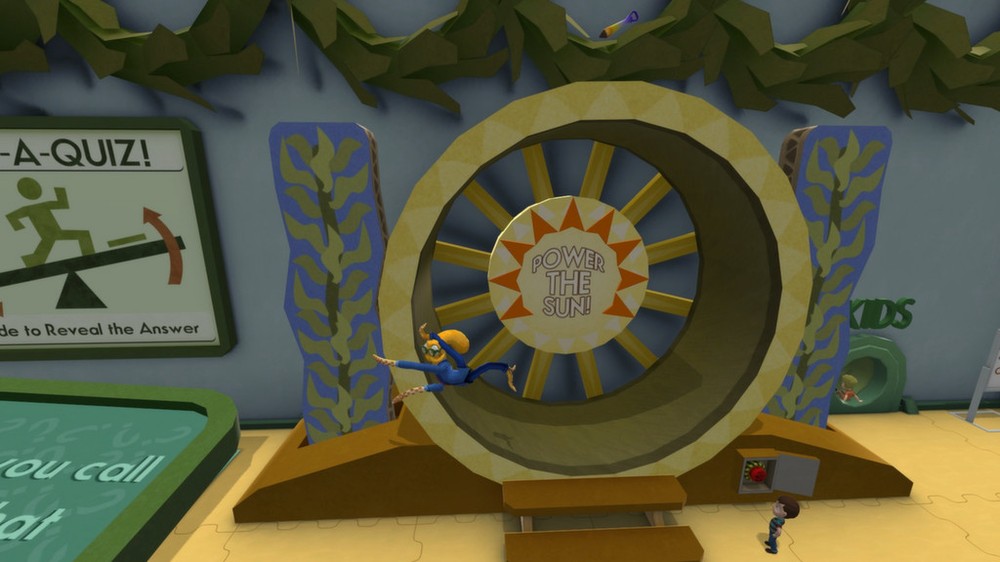 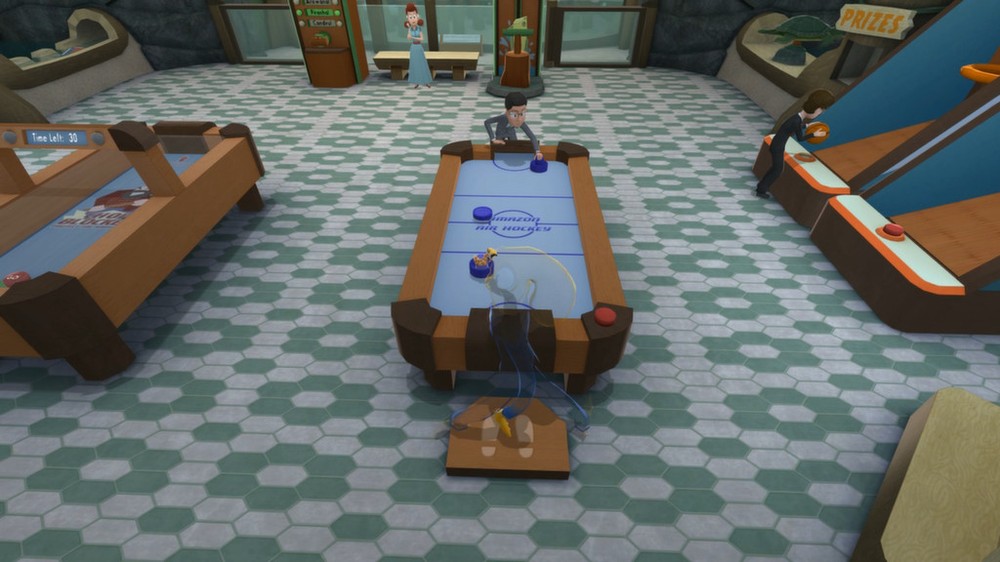 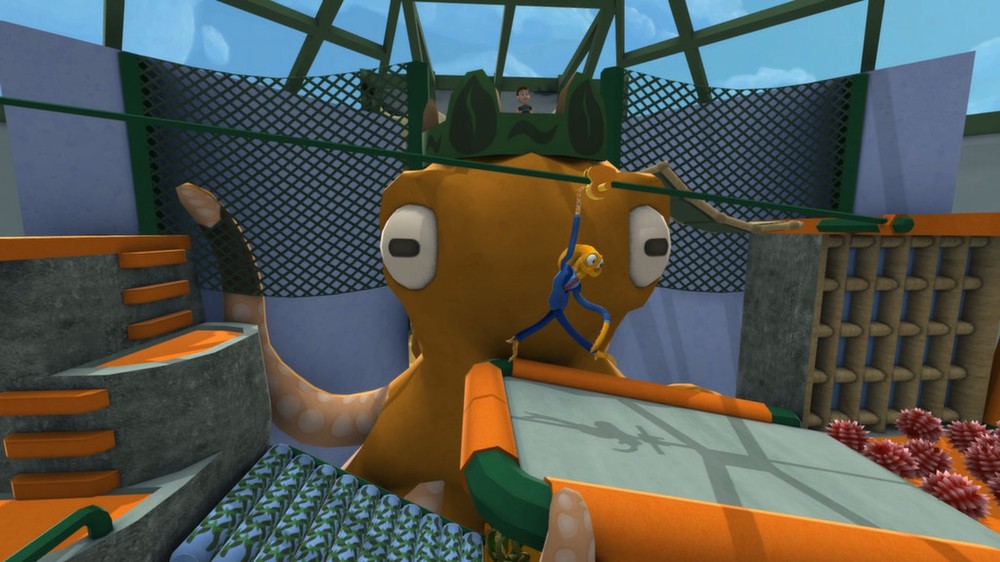